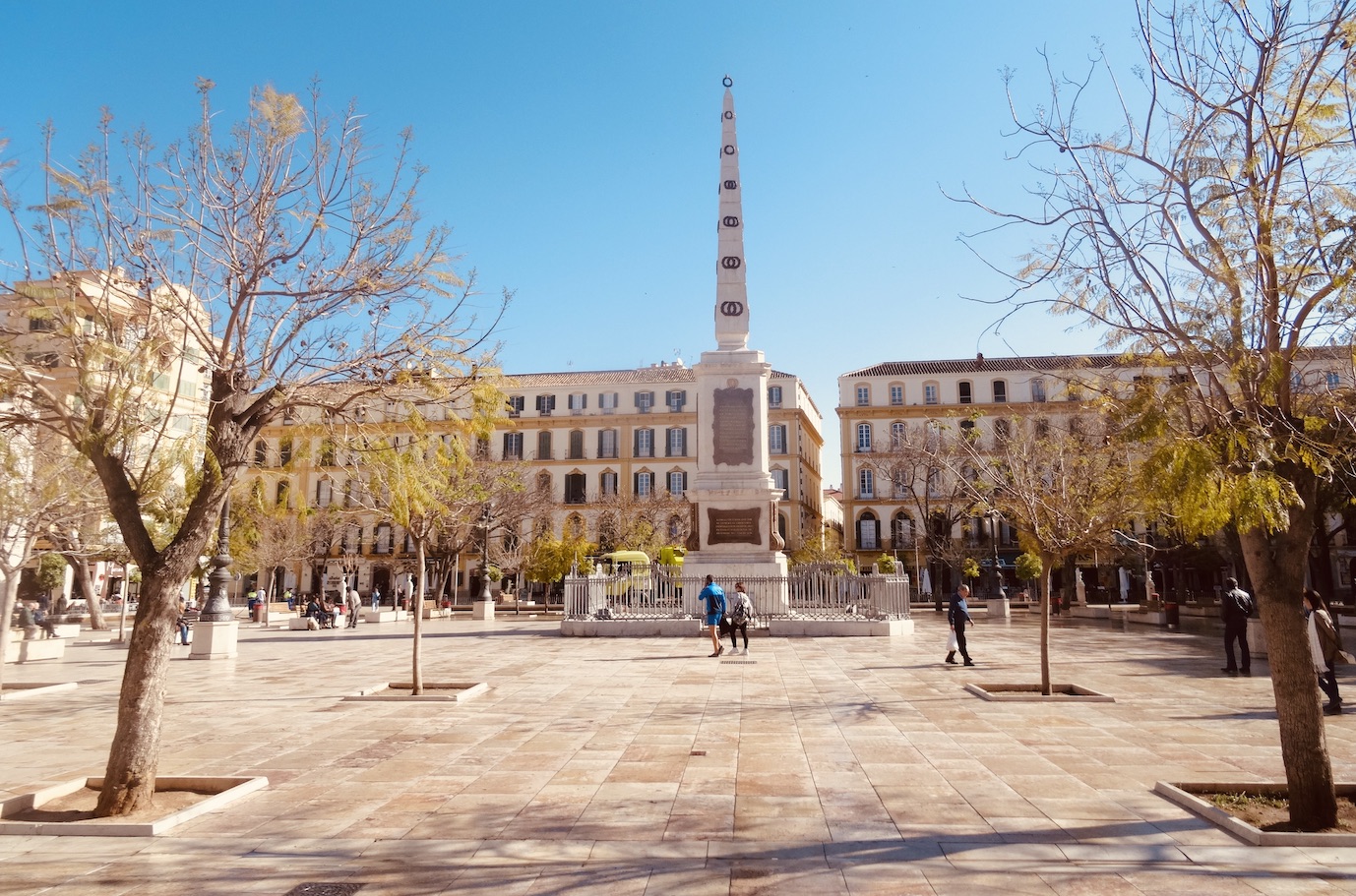 2016-2017. The Spanish really know how to do a city square, perhaps more than any other nation I’ve visited. In this regard, Malaga sums up the Andalusian vibe nicely, with over a dozen gorgeous squares from which one can idle away an afternoon nibbling on tapas and guzzling red wine. My favourite was Plaza de la Merced, which dates back to the Roman era. 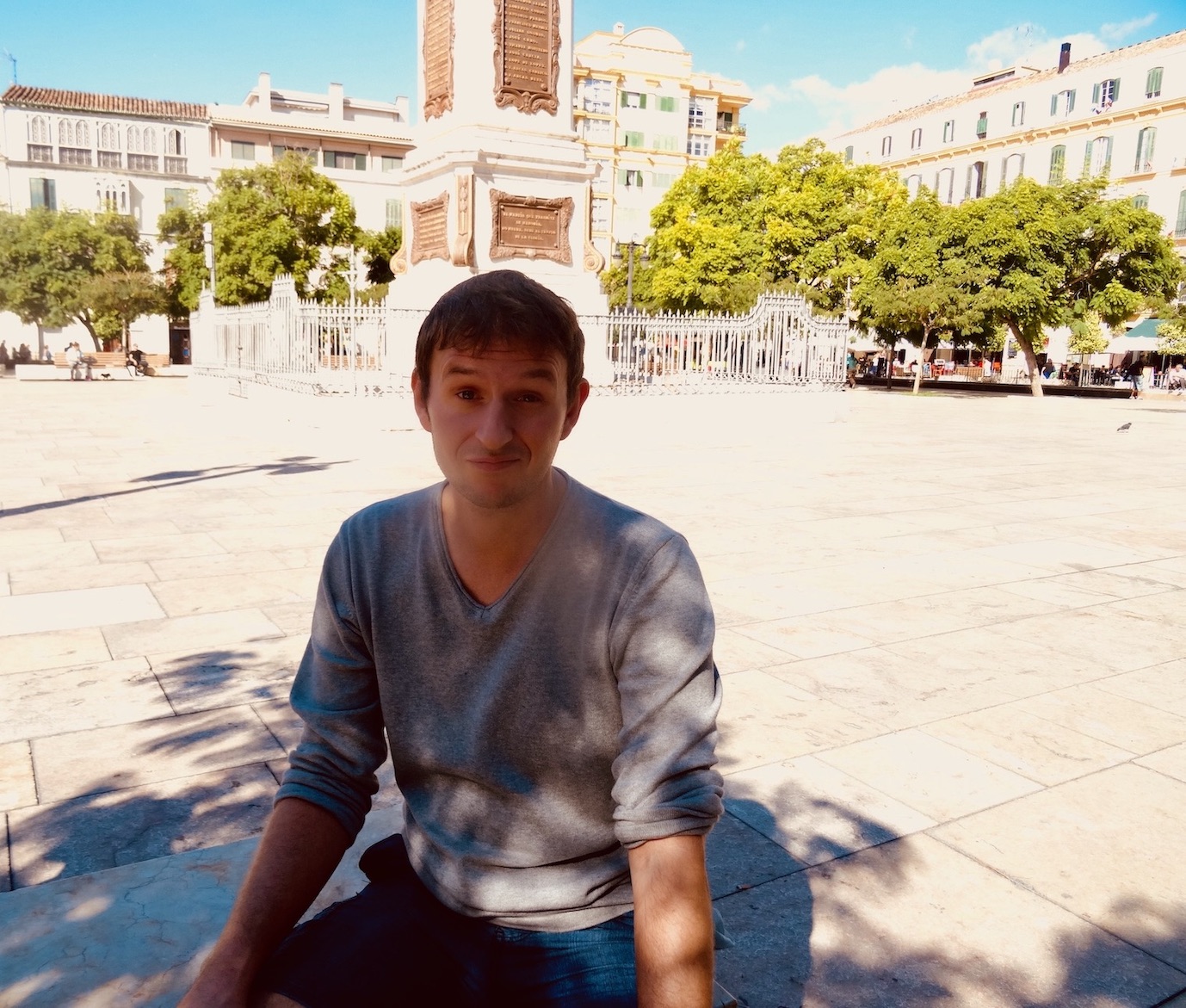 If I wanted a lazy breakfast or an extended blogging session, this is where I came. When I embarked on one of my many aimless city strolls, I usually ended up here. Sometimes for a beer or a coffee, more often a refreshing glass of Tinto de Verano. 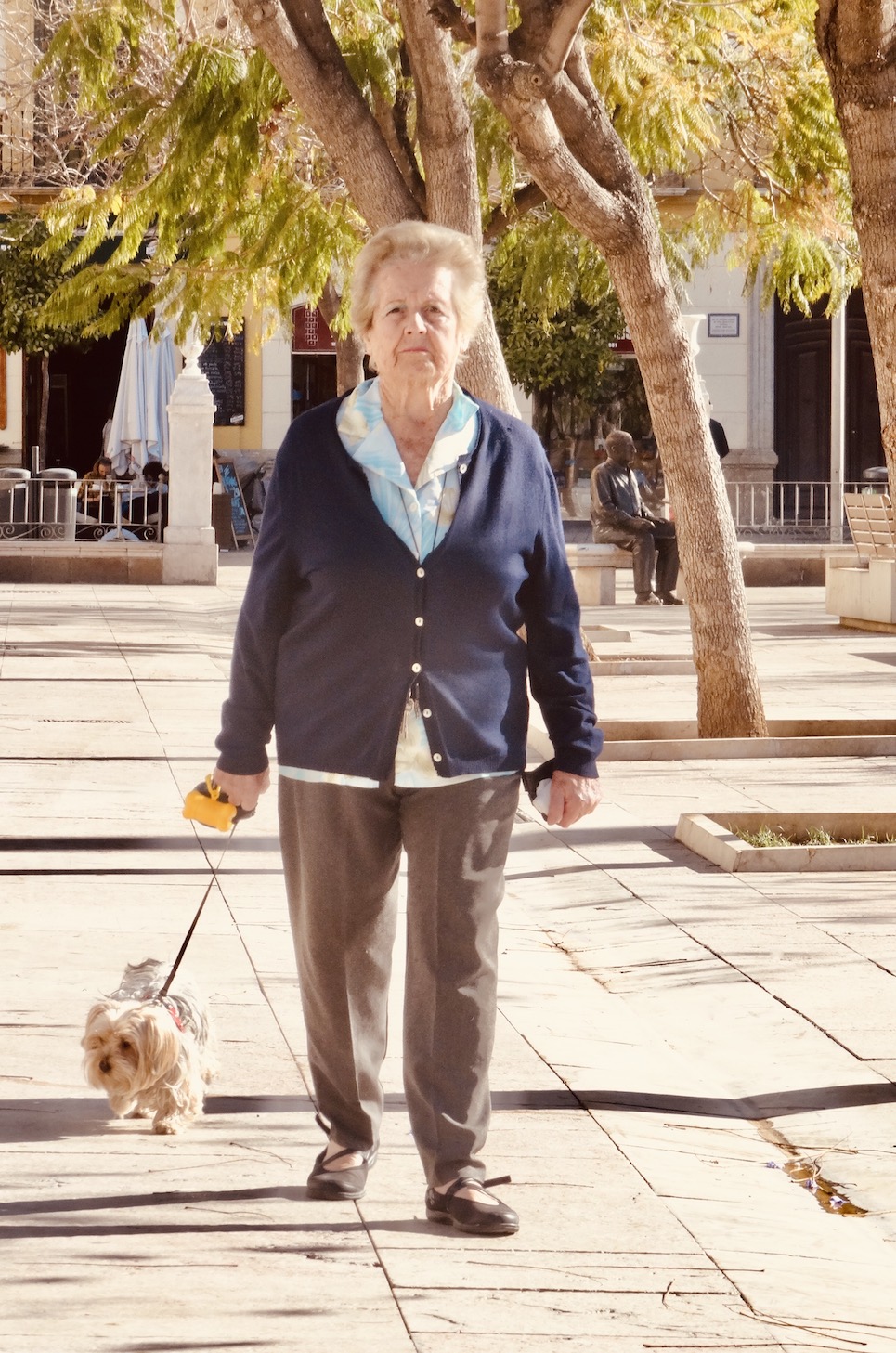 At night the square can get pretty hectic, with noisy groups and a frustrating scarcity of tables along the row of cafes, bars and tapas restaurants.

Hence I quickly switched my visits to slow mornings and empty, siesta-flavoured afternoons. At these times it was so peaceful, just the occasional dog walker and the sound of spoons clinking the sides of coffee cups. 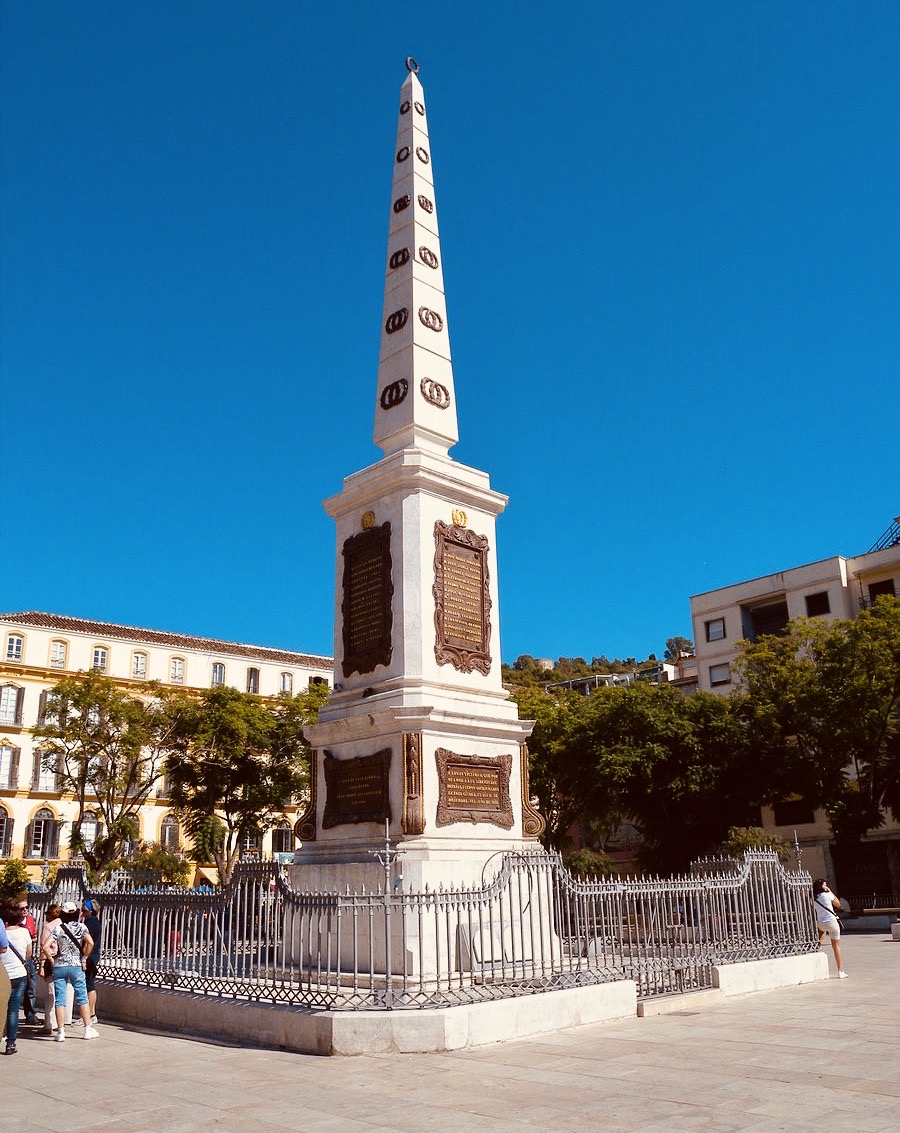 The piercing Monument to Torrijos dominates the centre of the square in honour of the Spanish Liberal soldier General Torrijos. His life certainly makes for some dramatic reading.

He fought in the Spanish War of Independence, spent several years in prison and was eventually executed in 1831 upon the order of King Ferdinand VII. Today his remains, along with 48 of his fellow soldiers, rest at the base of the monument. 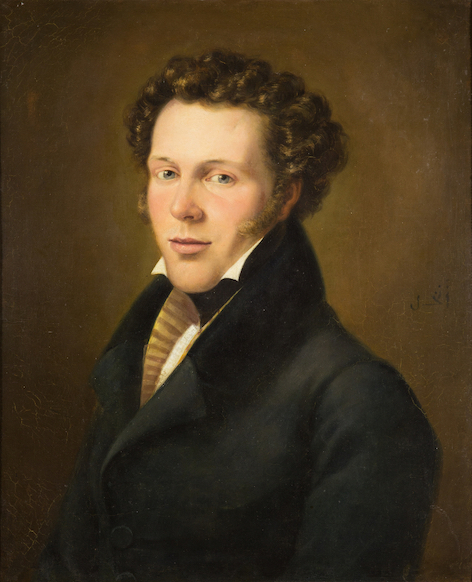 Plaza de la Merced is also where you’ll find Pablo Picasso‘s birthplace and home, now a small museum. In 1880 the Picassos rented the first floor, while Pablo was born in the building just a year later. The family left in 1883 to another apartment nearby before relocating to the city of La Coruña in 1891. 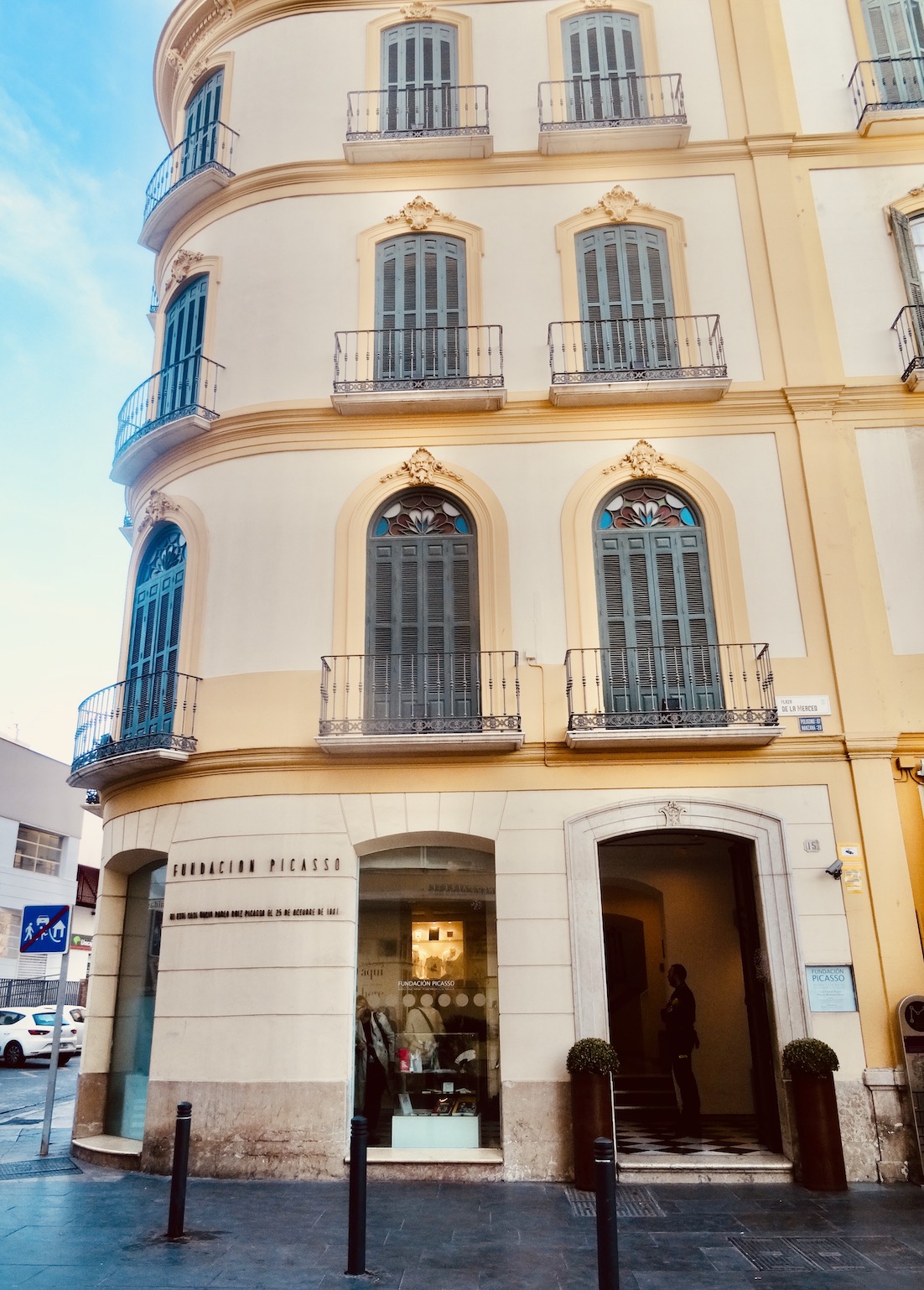 The small but cosy museum features original paintings by both Pablo and his father, along with a display of family antiques and letters. A small research centre and library round off an intimate feel to the place. Entrance is just 3 Euros. 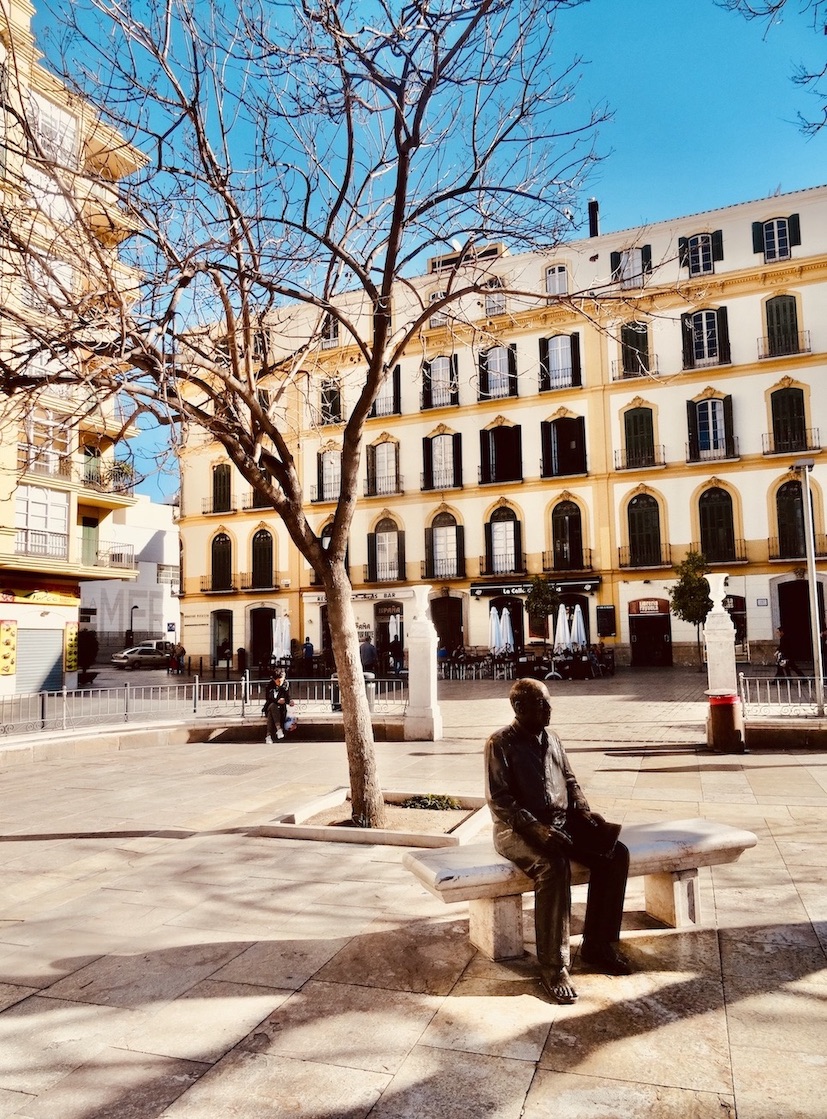 Just across from the museum, you can also find a statue of Picasso. What’s more, you can take a seat next to him on the marble bench. Don’t be shy, he won’t object. The famed Spanish sculptor Francisco López Hernández created the bronze sculpture in 2008. 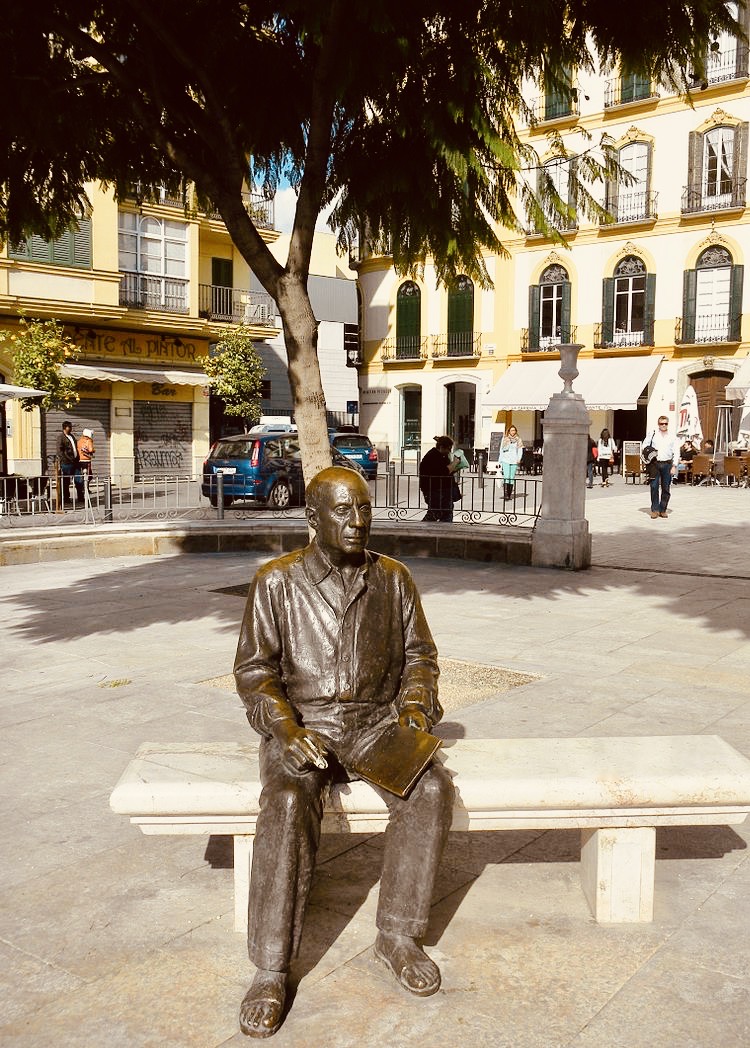 While I managed to try out every one of the square’s cafes over the course of my year in Malaga, I soon settled on two firm favourites. For coffee and a sweet bite, it had to be Cafe Con Libros (cafe with books), due to their excellent homemade pancakes and cookies. 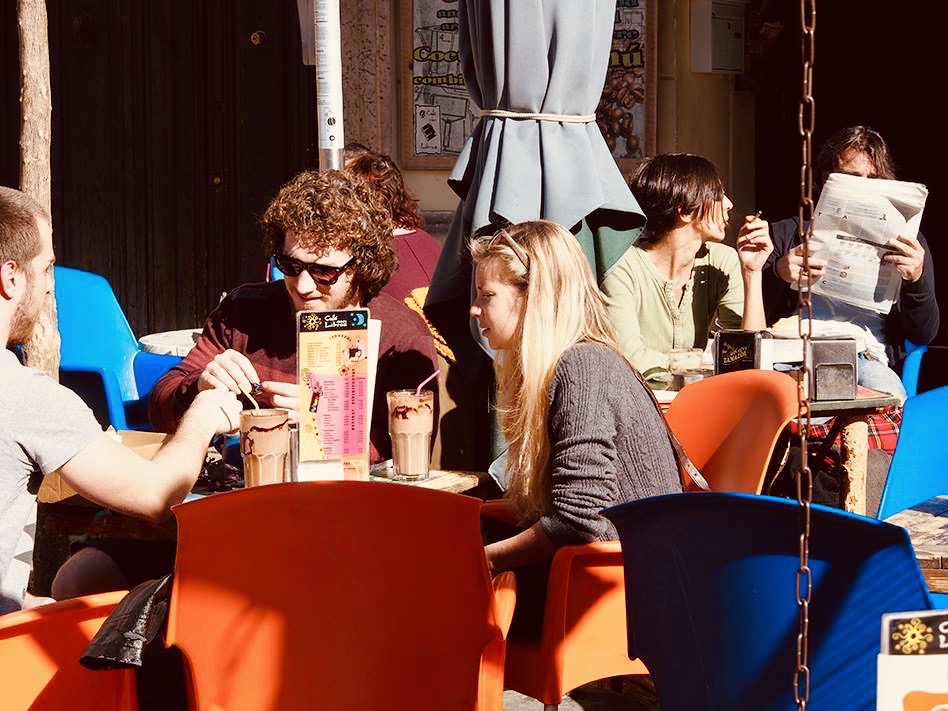 For a more substantial feed, nothing could beat Picasso Bar. Their tapas plates stand among the best in Malaga, while a glass of beer goes for just a Euro between 16:00-20:00. Furthermore, the service is probably the best on Plaza de la Merced, which is generally patchy. 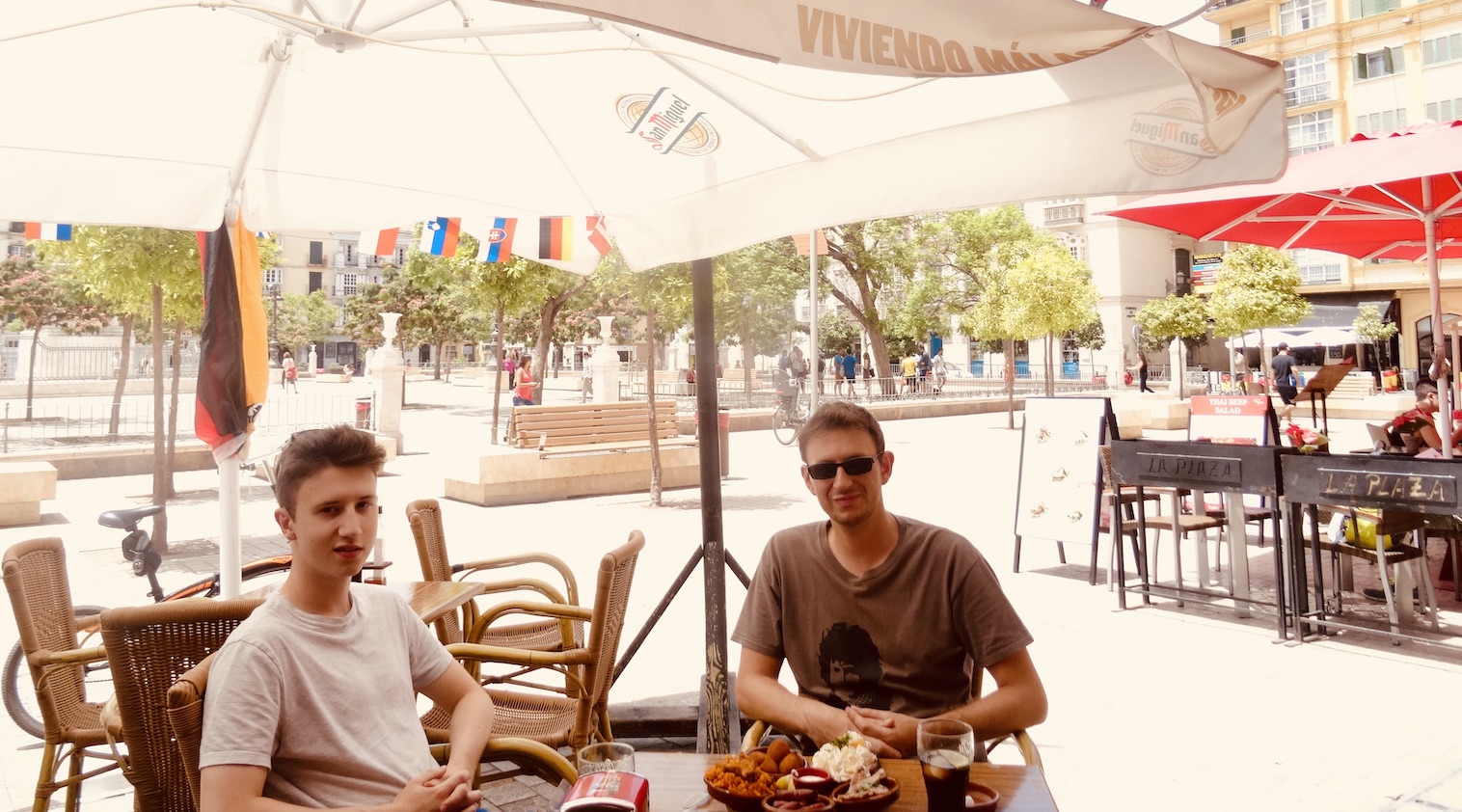 I invariably went for a Picasso mix plate deal, where you can choose four bowls and a drink for 10 Euros. I particularly liked the chicken paella, the fried cheese croquettes and their crispy chorizo. 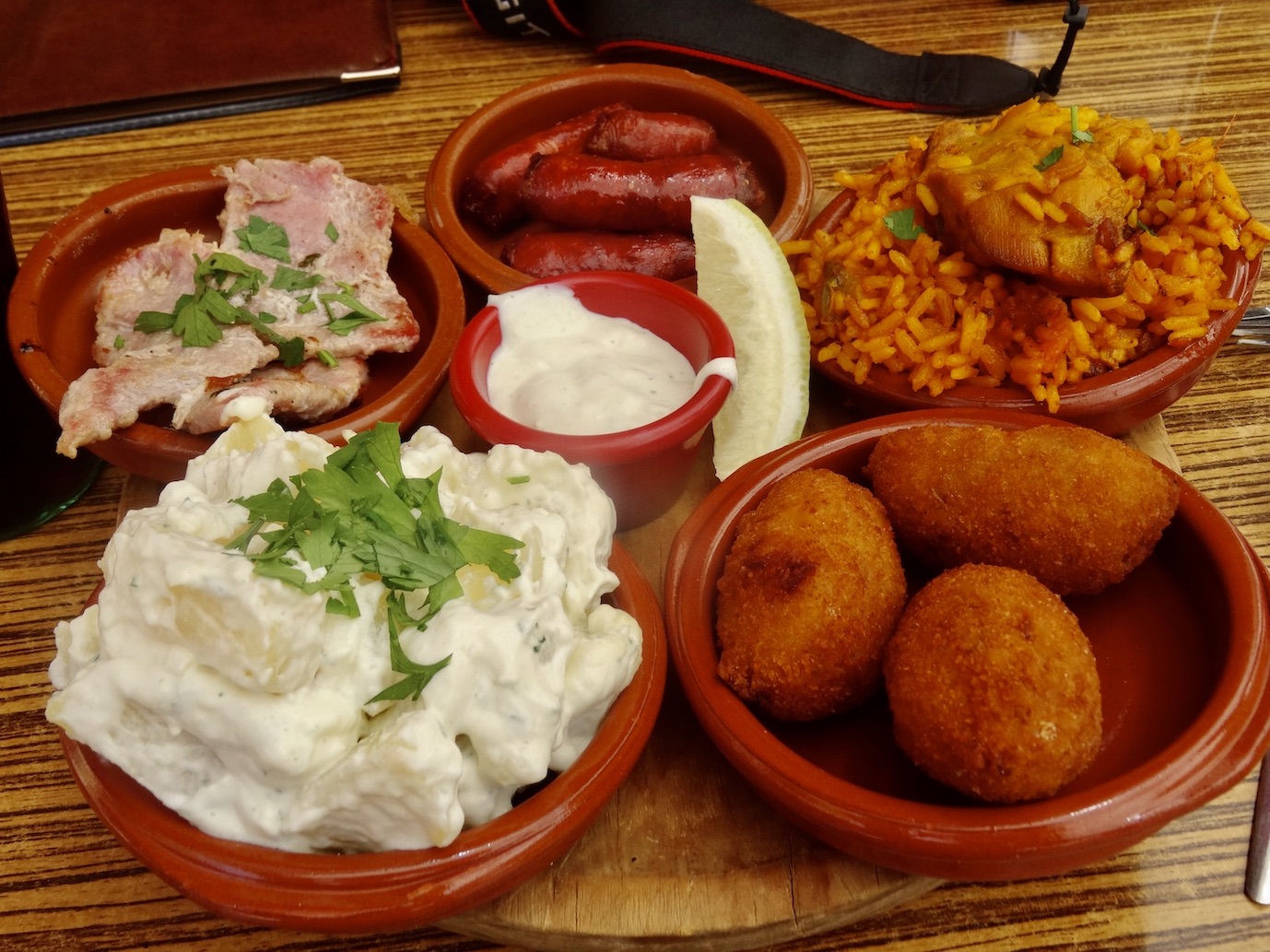 Wherever you sit on Plaza de la Merced, there’s usually a bit of live music on offer, especially in the summer. Some are polished singers who do a circuit of Andalusia’s towns and cities. Others, like these guys below, are a little rougher around the edges. But not lacking in enthusiasm! 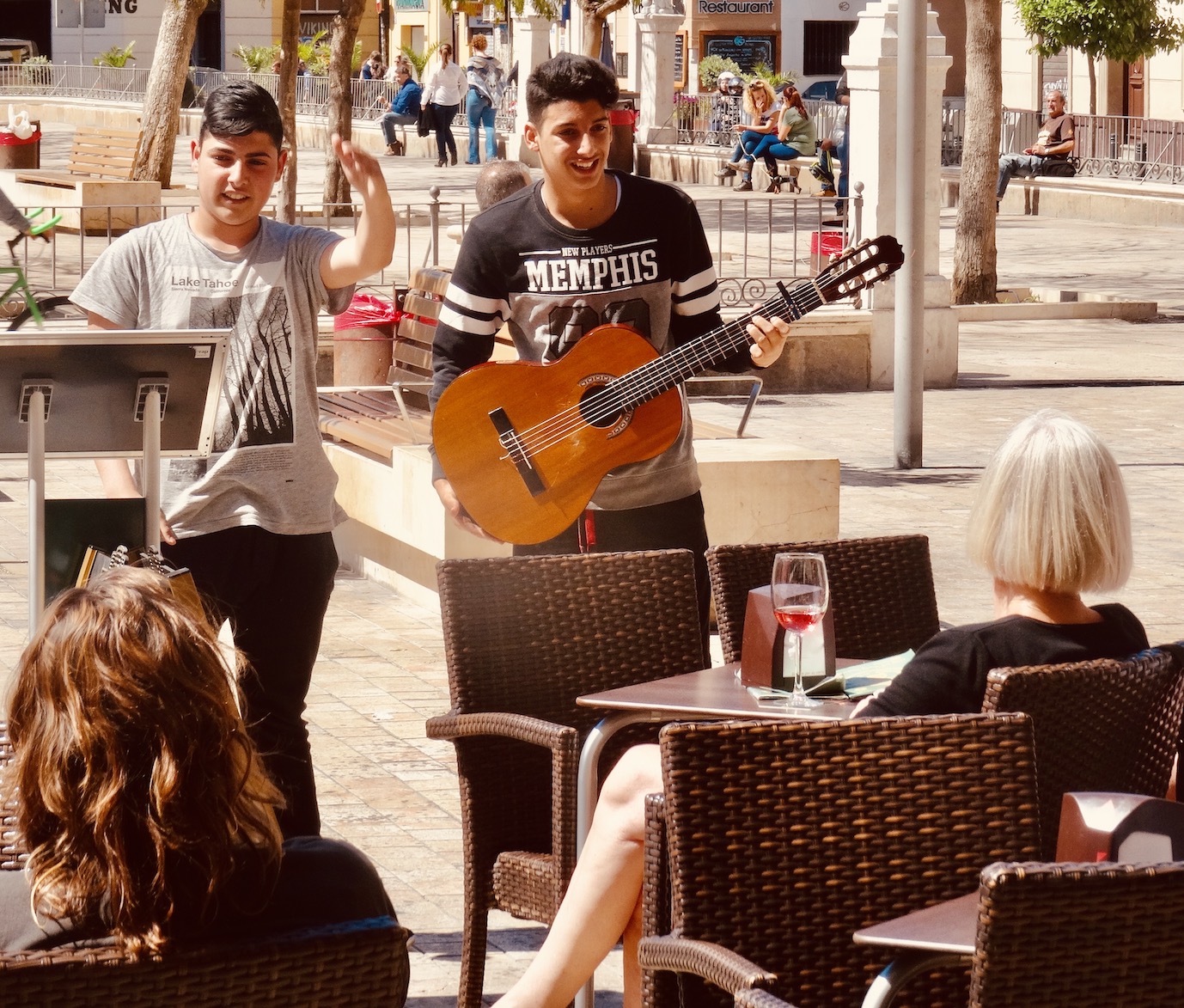 In the summer I tended to stay away as the square, and indeed the historical quarter as a whole, gets flooded with tourists. But in the winter months, when the weather is still fine, it’s a joy to come here. 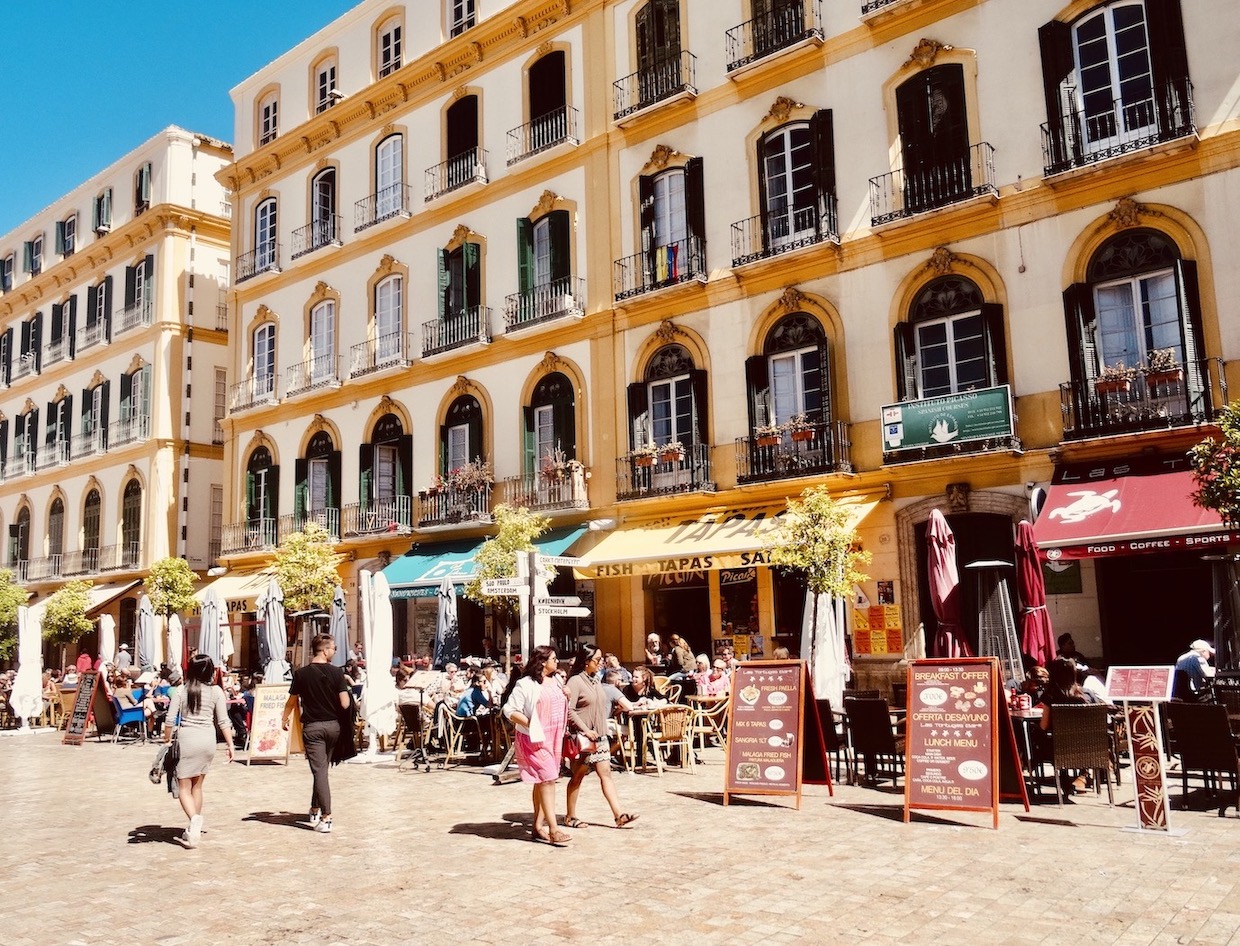 If you’re lucky, you may even catch a market. Indeed Plaza de la Merced has been hosting events for traders and stall owners since the 15th century.