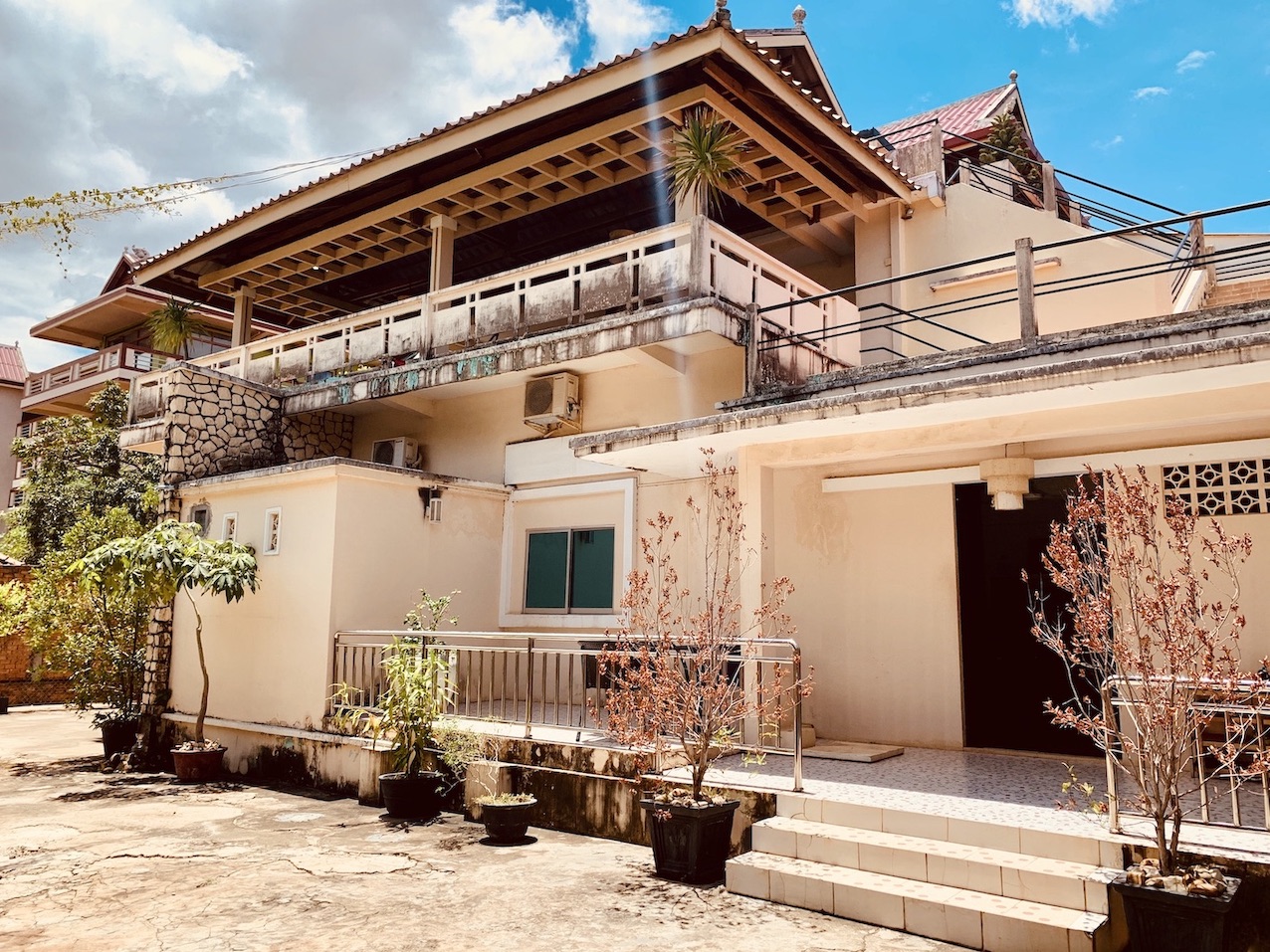 July-September, 2020. I’m sure Sladja and I will never forget our first chaotic days in Kampot. As digital nomads with very specific accommodation needs, it often felt like our entire Cambodian adventure saw us perpetually on the edge of professional disaster.

We make our money from blogging and teaching, both of which require fast and stable internet. Moreover, we need to work in separate spaces. Ideally with a sturdy door or wall in between to drown out crossover noise. It’s a delicate situation to say the least. 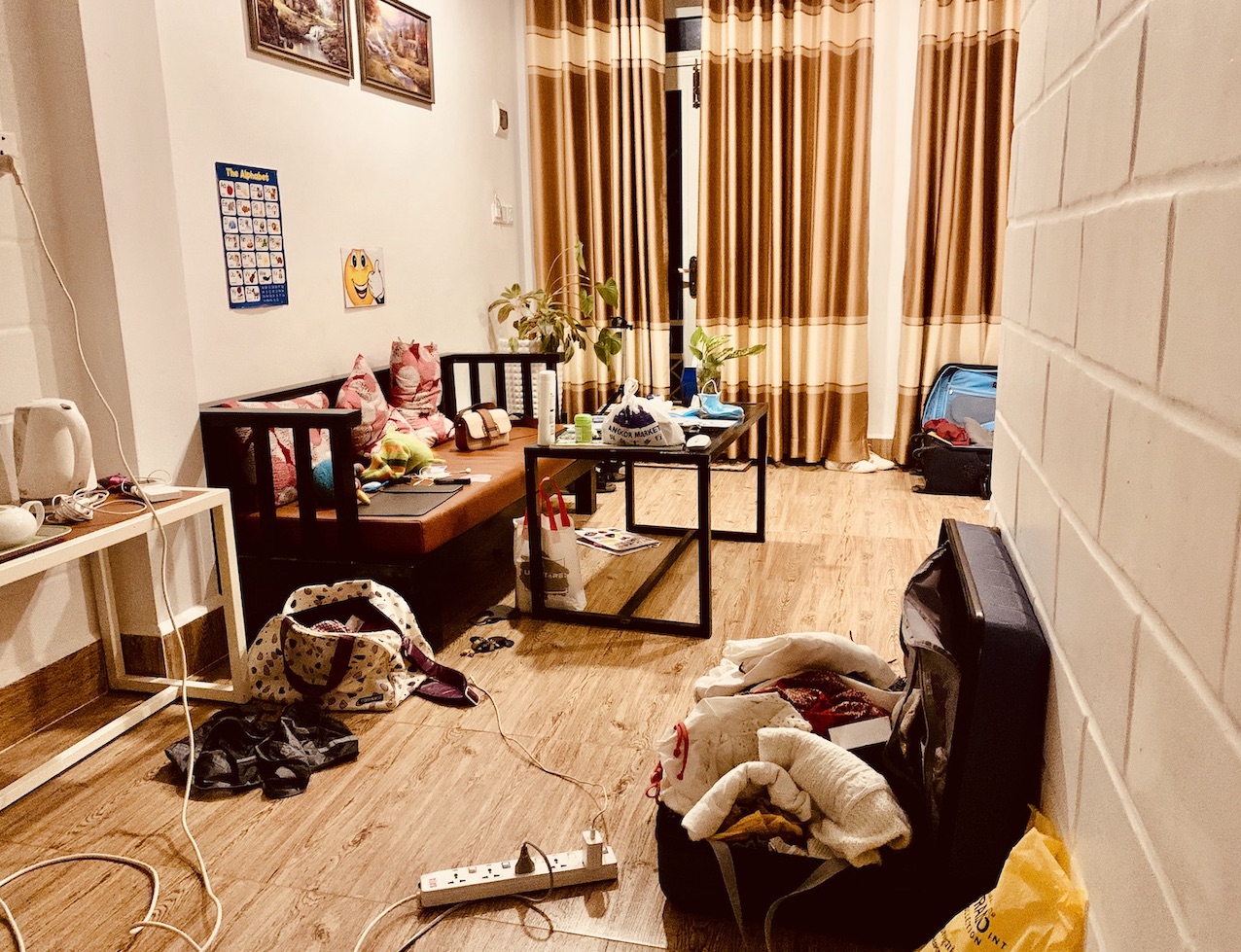 Never were our stress levels higher than when we arrived in Kampot. Despite all due diligence, our bungalow turned out to be a total nightmare. The Wifi was all over the place, cutting in and out and disappearing altogether for extended periods.

Furthermore, the wall between the so-called living room and bedroom was paper thin. So paper thin I had to teach in the bathroom. This did not go well. 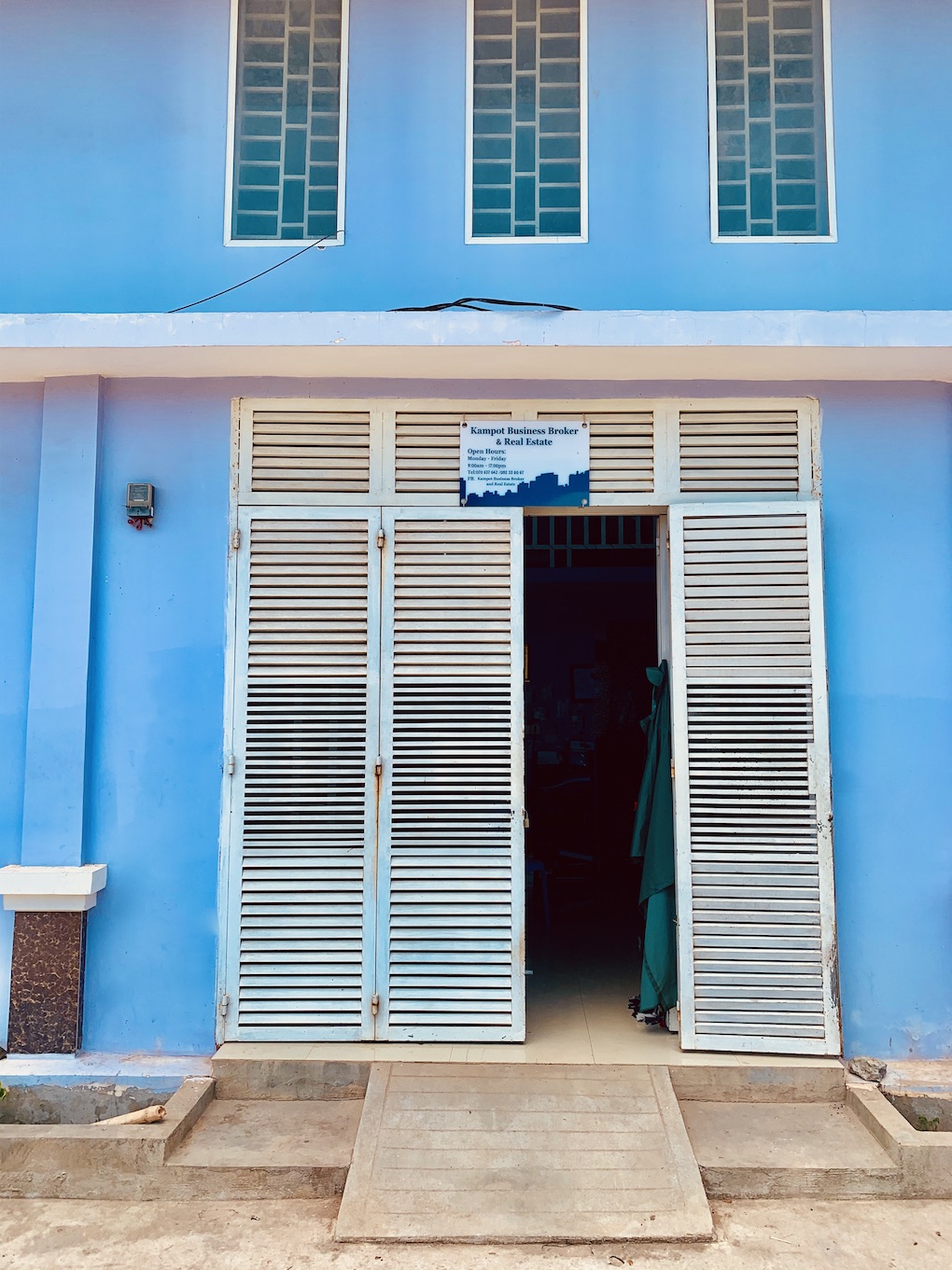 Following that first night of patchy sleep, we had to go and get my visa extended at the excellent Kampot Business Broker and Real Estate. It was here that I told Chenda, the agency’s director and owner, that we were urgently looking for new digs. “You should go and see Simon at Kool Kampot!” she said. “They have the best wifi in town”. 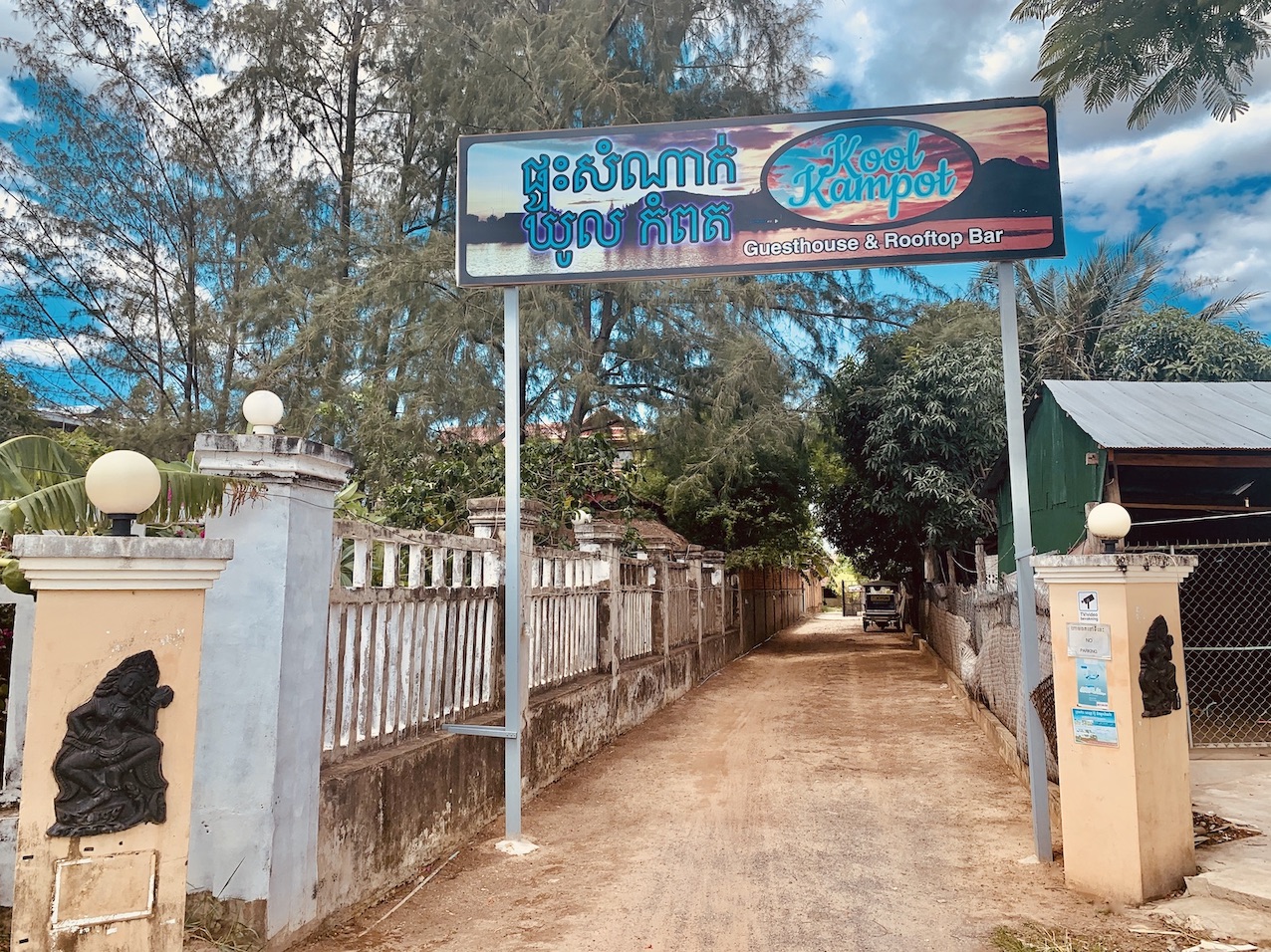 Thus we jumped into a tuk tuk as soon as we were done. Happily, we discovered that Kool Kampot lies on the riverside road, just a short walk from the old quarter. Even better, the dusty entrance lane to the compound sets the guesthouse nicely away from the main road. That’s the tranquility box ticked! 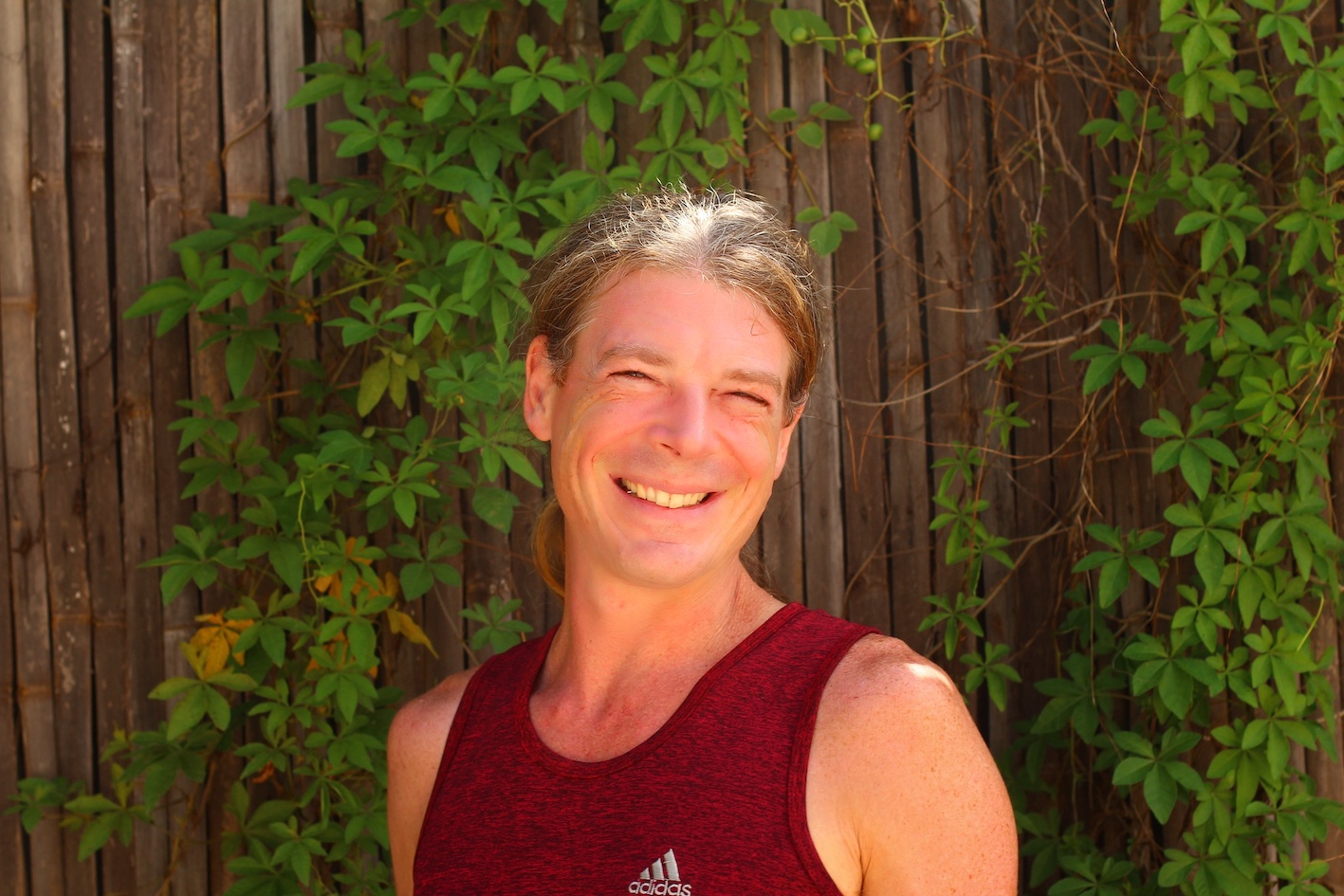 On arrival we were greeted by Simon, an Englishman who runs Kool Kampot with his business partner Alan. “We have SINET Wifi” he smiled. “80MBPS, with a router on every floor!” I remember Sladja and I exchanging hopeful looks. “Yeah, that should work”. 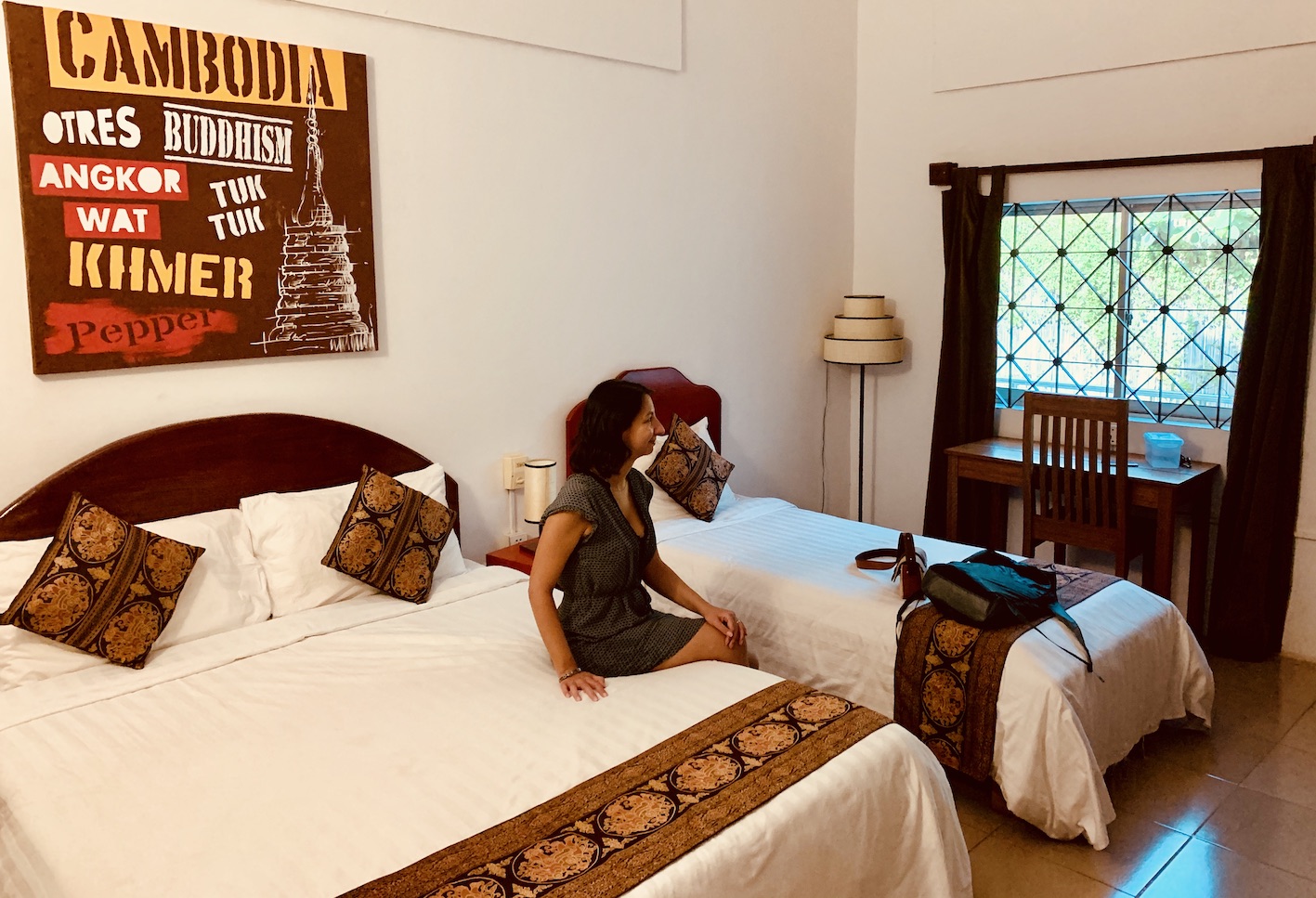 It didn’t take long to decide that Kool Kampot was the place for us. Our ground floor double superior room was simple but clean, with an ensuite shower, complimentary toiletries, air con, a small fridge and a kettle. No cooking facilities but hey, we were keen to spend our time discovering Kampot’s cafe and restaurant scene. 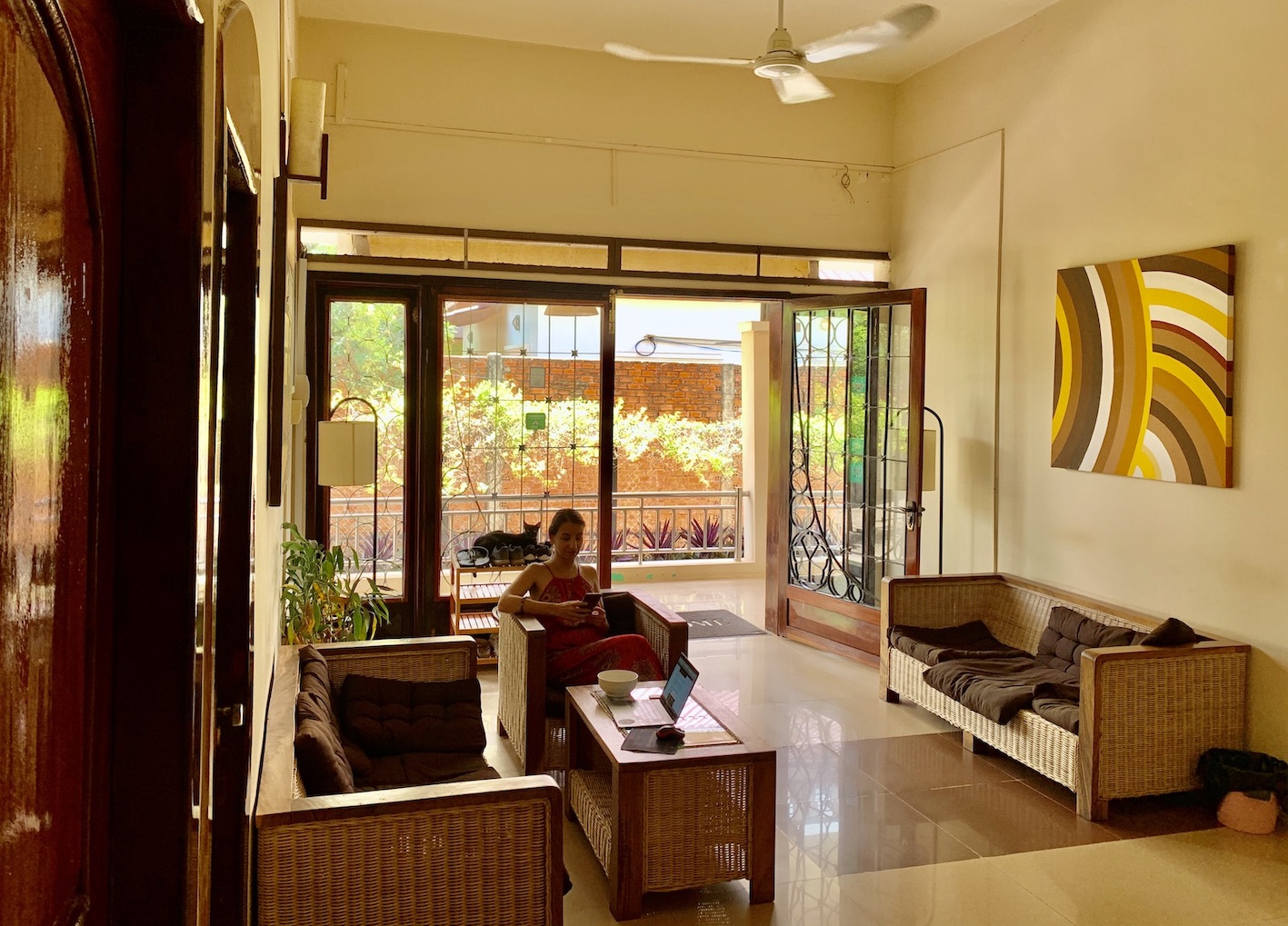 Regarding that all important separate area for working, there are a number of common spaces that met our needs. Right outside our room, for example, we had a large, airy lounge where I could blog or just chill out with coffee.

Russell, a long term Kool Kampot resident who got stuck in Cambodia due to COVID, could sometimes be found here taking Khmer language lessons. The adjoining porch meanwhile is perfect for movies on the laptop, or reading your latest paperback from Bookish Bazaar.

Where to Stay in Kampot. 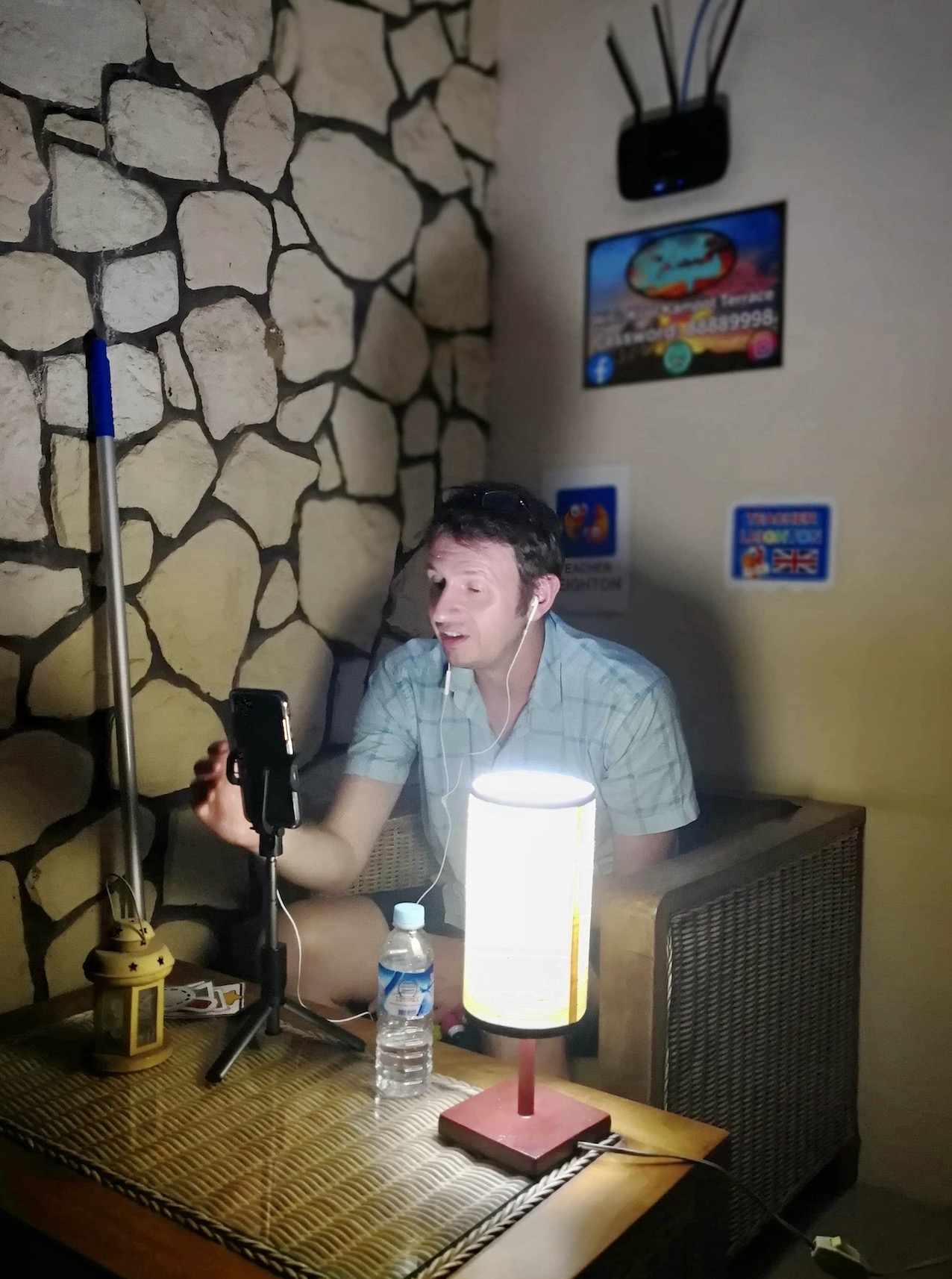 For teaching, I set up on the first floor terrace right under the router! It was a cosy little spot where I could work in relative privacy without disturbing anyone. What’s more, my early evening classes invariably came with a gorgeous sunset. As office views go, I’ve definitely had worse! 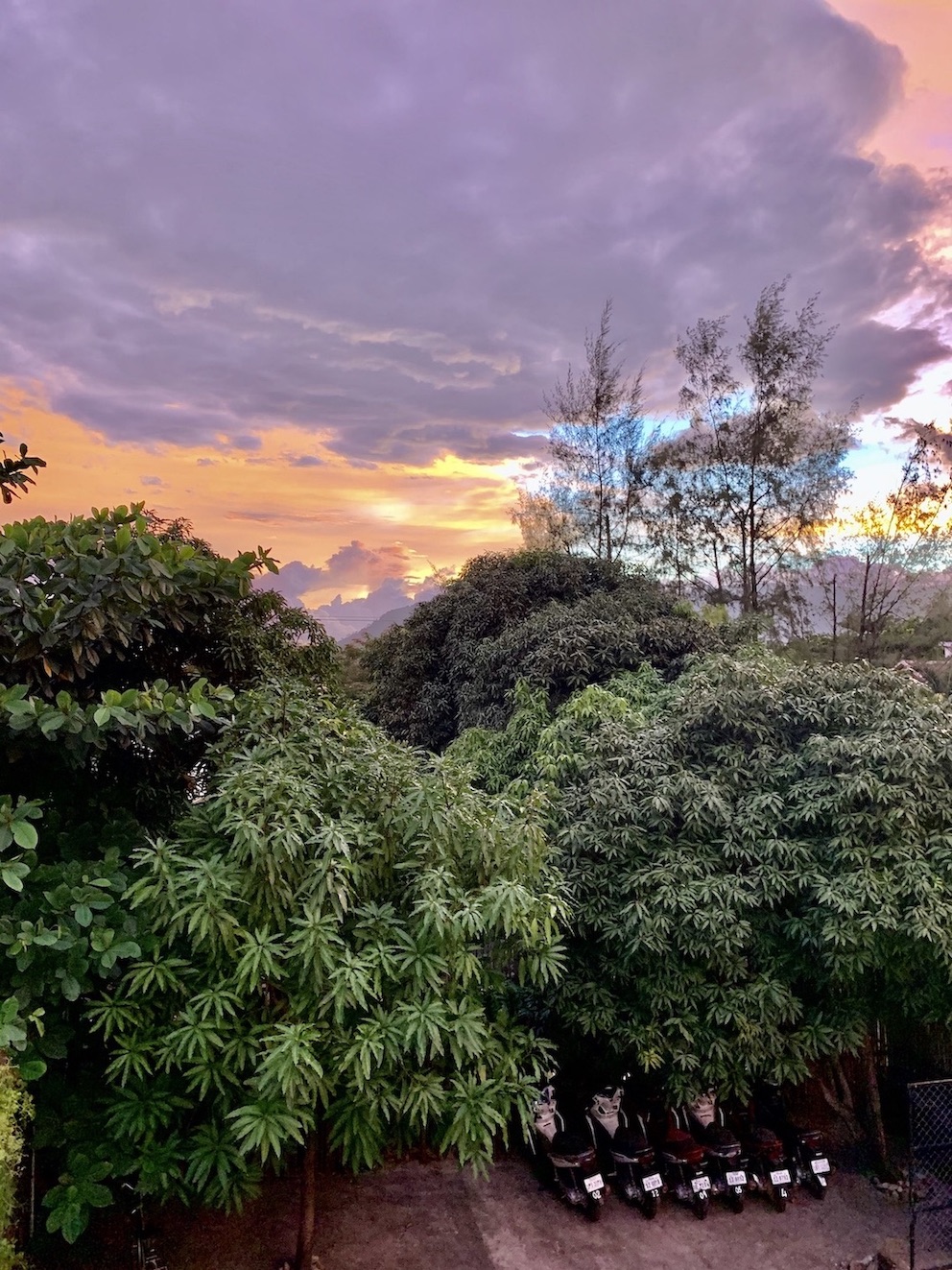 Those views get even better up on the rooftop, where there’s a small lounge area and bar. The panoramic stretches all the way across the pretty Praek Tuek Chhu River, framed by the dramatic peaks of Bokor National Park.

Sladja and I ended up living in Kool Kampot for just under two months. During that time, we got to know the team. All three spent years living in Seoul. Simon and Alecia worked as teachers (English and science), while Alan ran a live music venue. Alecia also did some photography and event organising as side gigs. 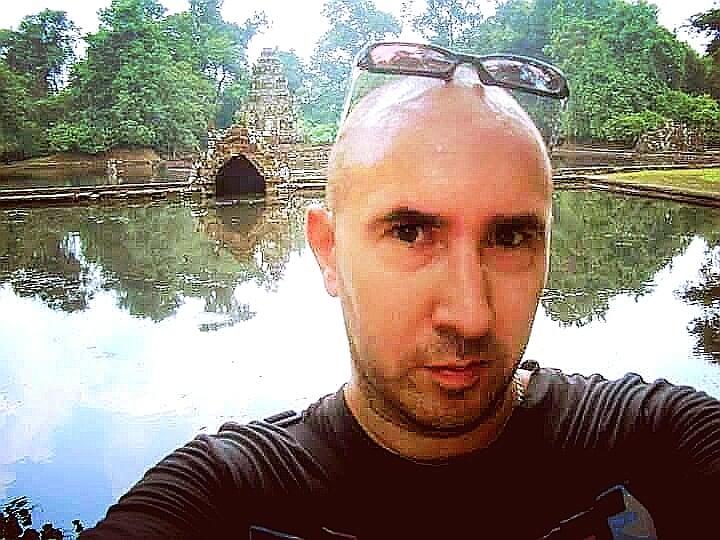 This pooled experience certainly set them in good stead for starting their own business. Having grown tired of life in the Korean capital, they longed to settle in some quiet corner of rural Asia. 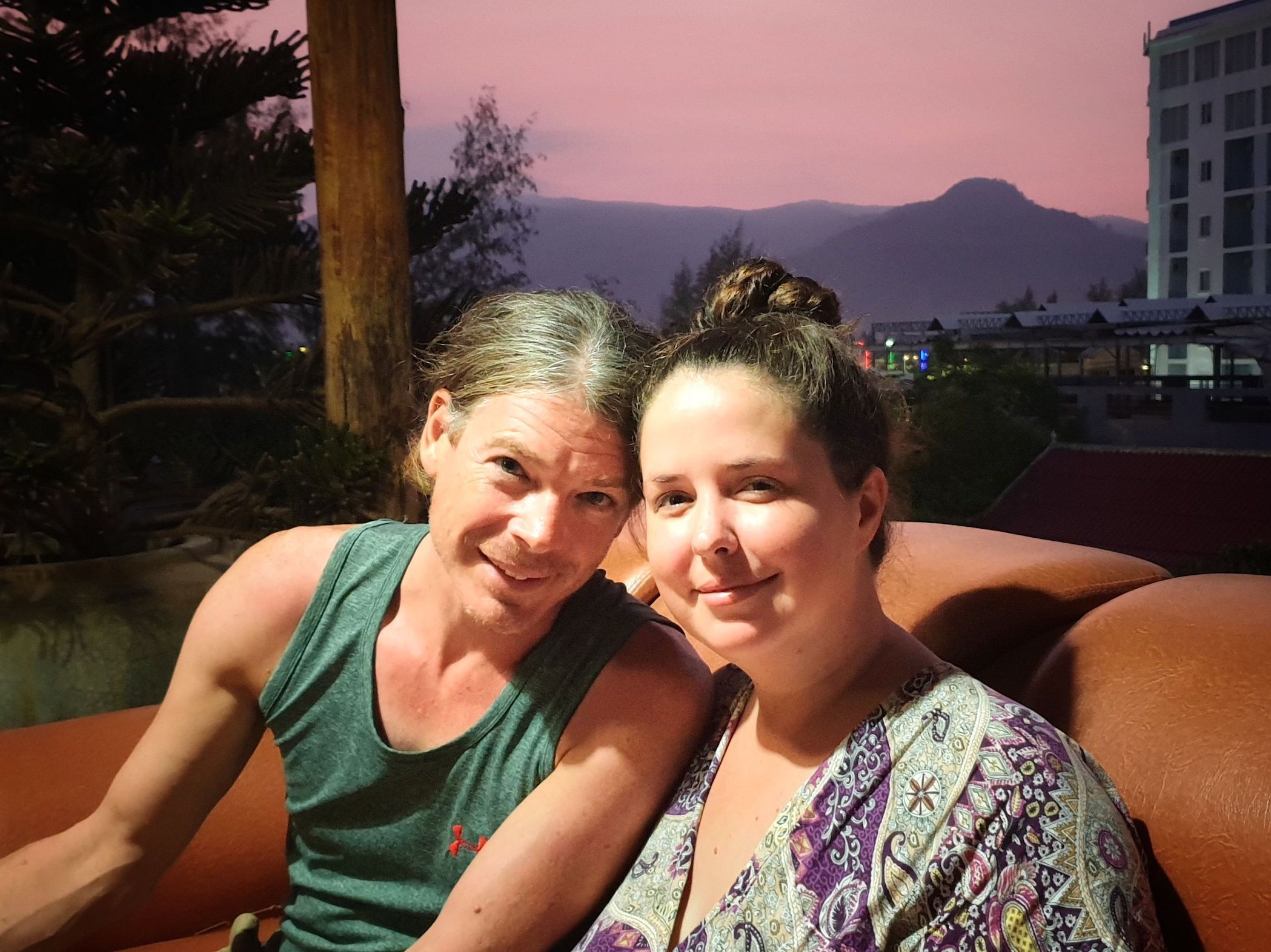 Finally, the sleepy tourist town of Kampot, with its thriving expat community, seemed like a good fit. Having viewed around fourteen potential guesthouse locations, there was something about the “characterful and labyrinthine” Kool Kampot that reeled them in. 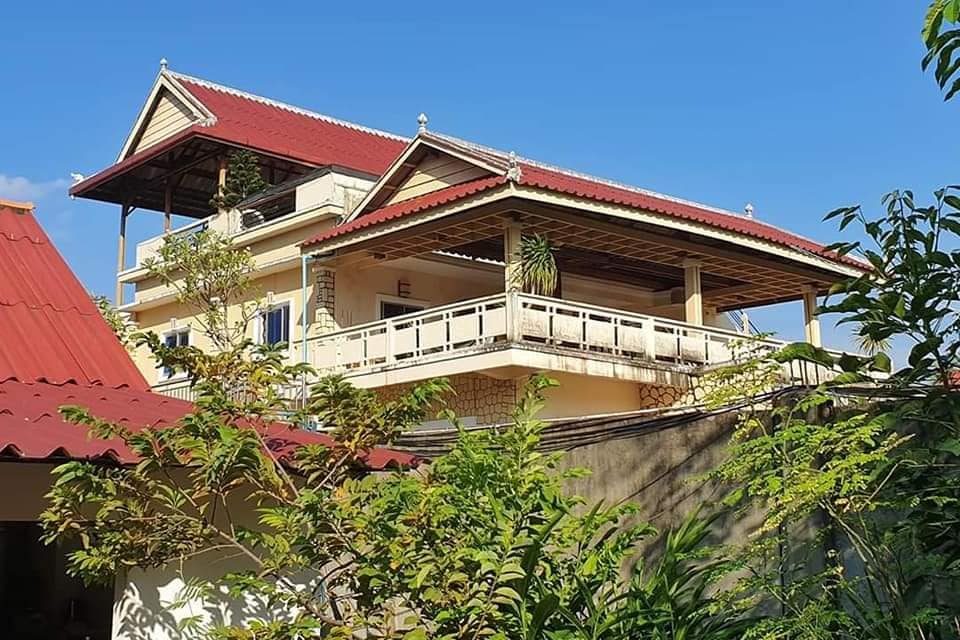 The structure dates back to the mid 1960s, though unfortunately there are few details on its history. After consulting a local historian, they found out that a number of people hid here from the authorities during the troubled Khmer Rouge years. There are also bullet holes on the terrace and rooftop, scars from the infamous Battle of Kampot in 1974. 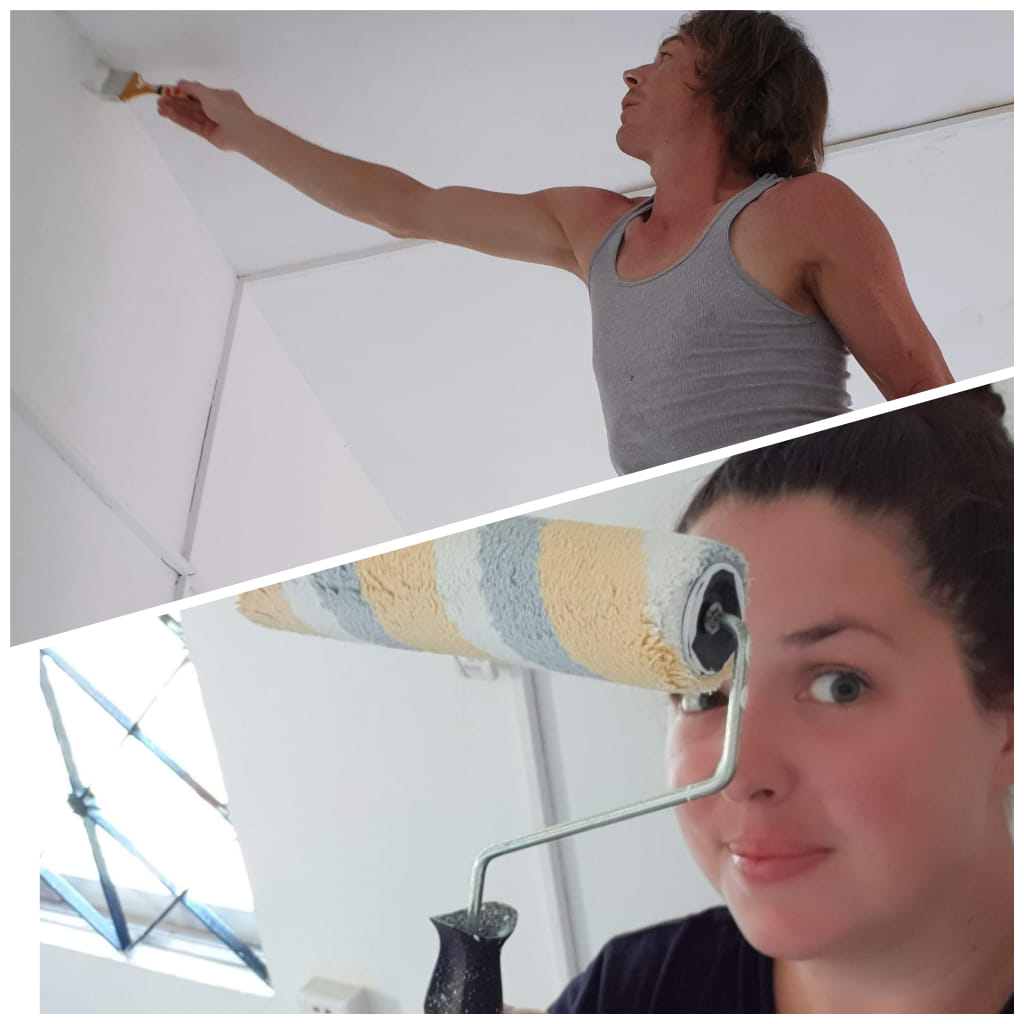 According to Alecia, whipping the old building into shape was a mammoth project. They had to waterproof the rooftop, construct a new pipe system and do some rewiring. There was also painting, the installation of new shower units, broken doors to be fixed… and much more. “Oh man, it’s a long list” she laughed. 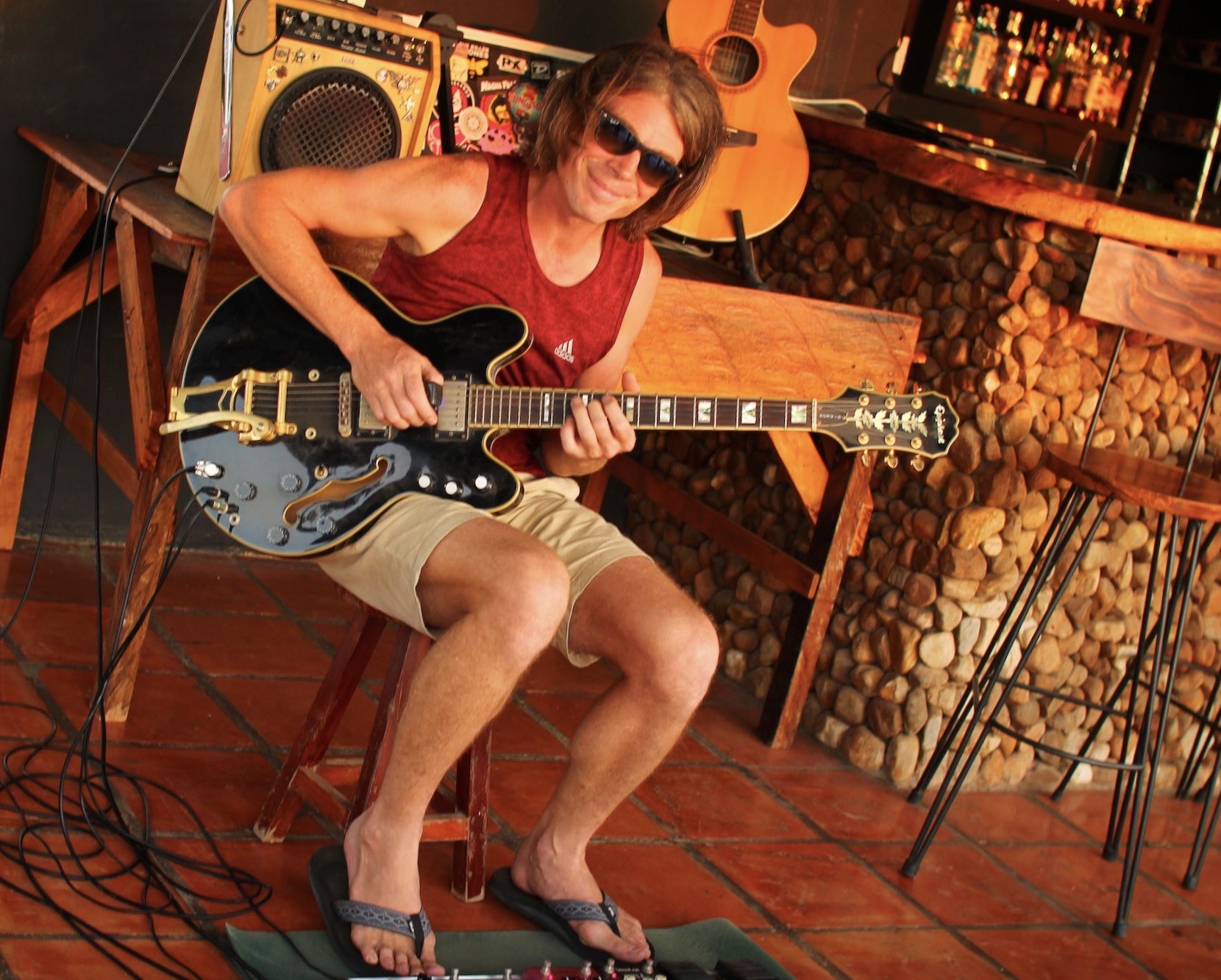 In addition to running the guesthouse, both Simon and Alecia pursue various creative interests. Alecia photographs regional events and works on a variety of projects for local businesses. 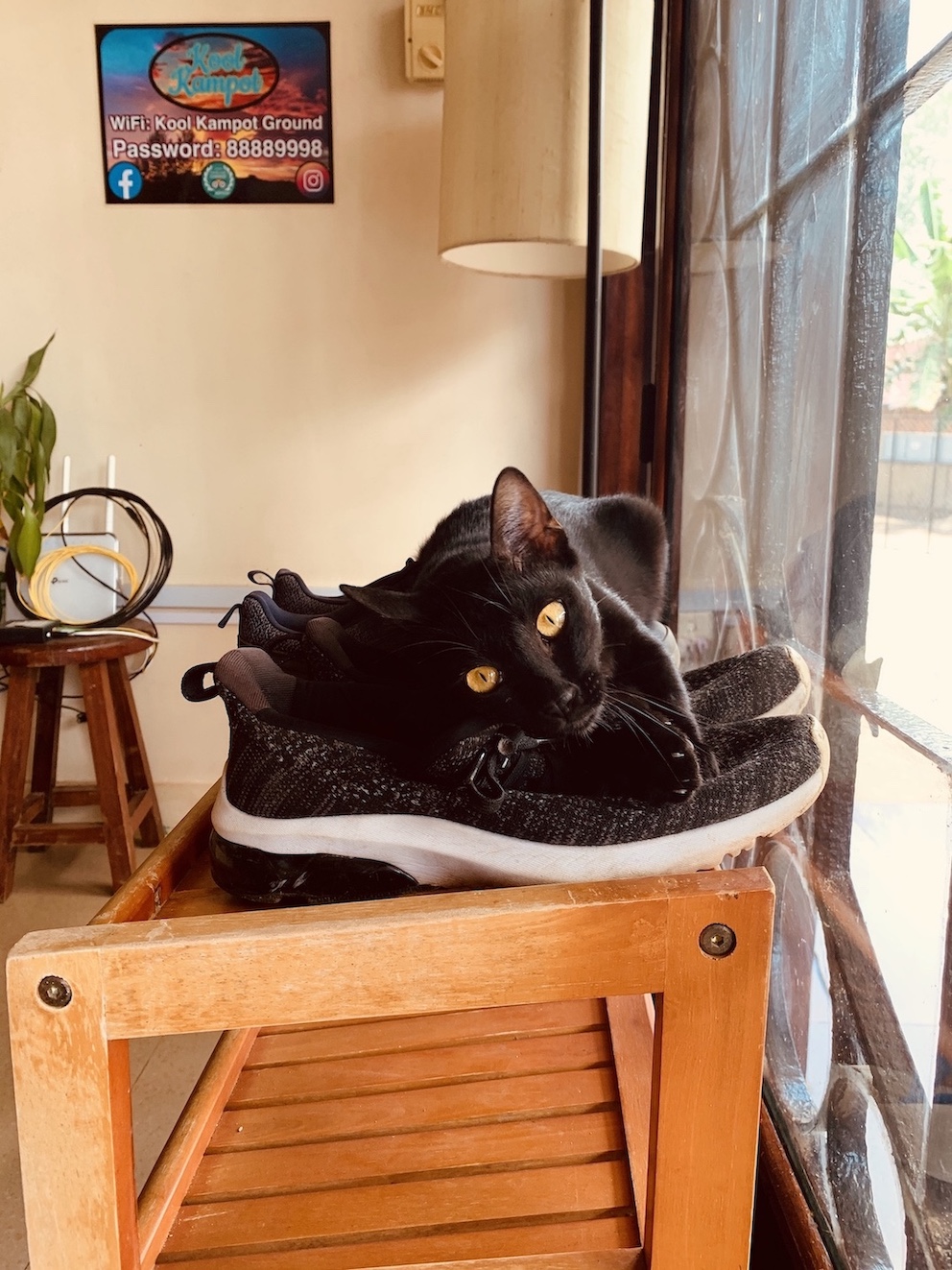 Last but not least, I couldn’t possibly review our time at Kool Kampot without mentioning Simon and Alecia’s adorable collection of feline friends. Sladja and I are crazy about cats, hence we loved getting to know the various characters that laze about the place. That’s Ripley pictured above, keeping someone’s shoes warmed, free of charge. 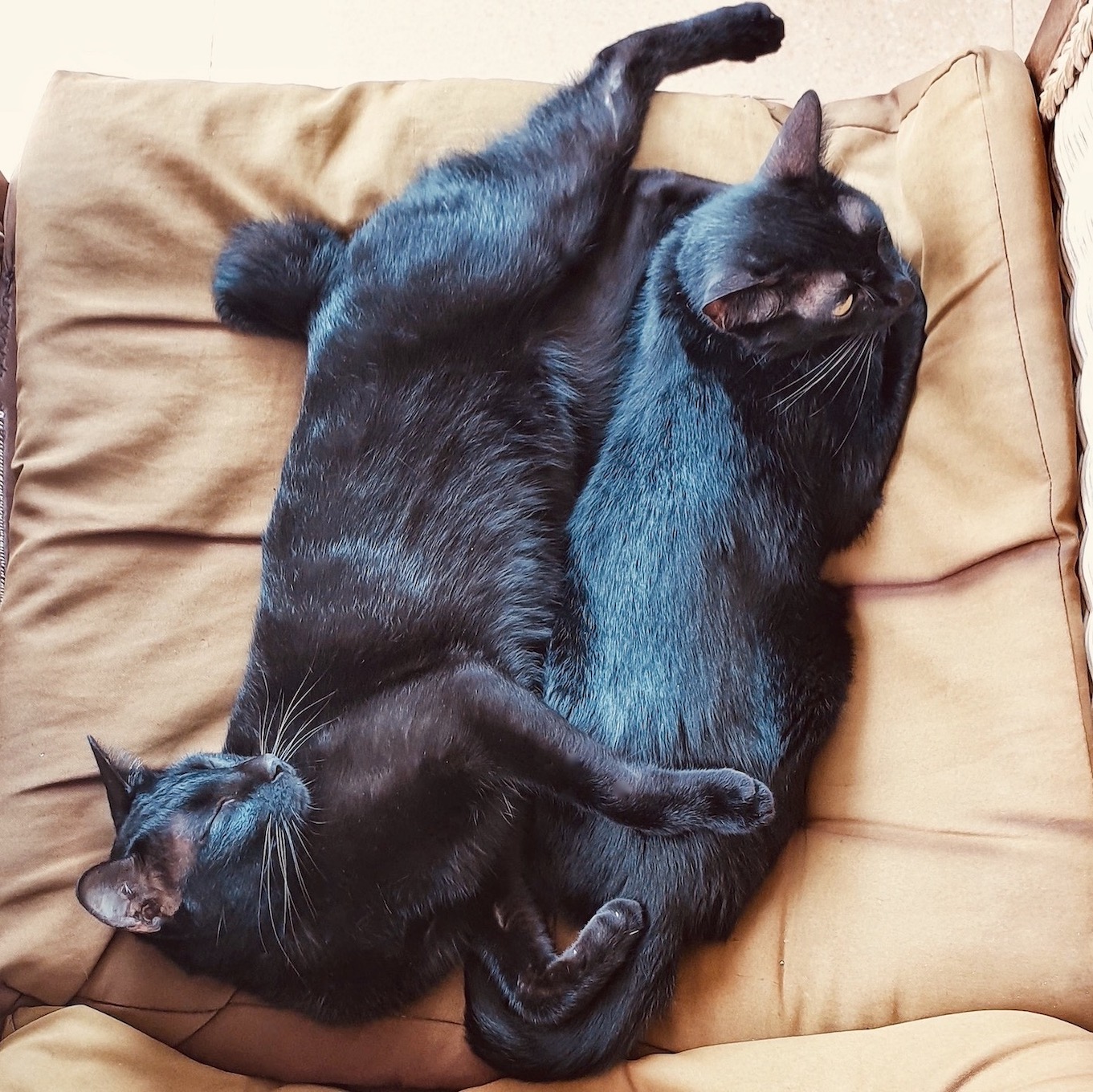 Ripley (named after Sigourney Weaver’s character in Alien) was born in Kool Kampot back in 2018 along with her sister Foxxie. “They basically think they own the place” says Simon, with an arched eyebrow. 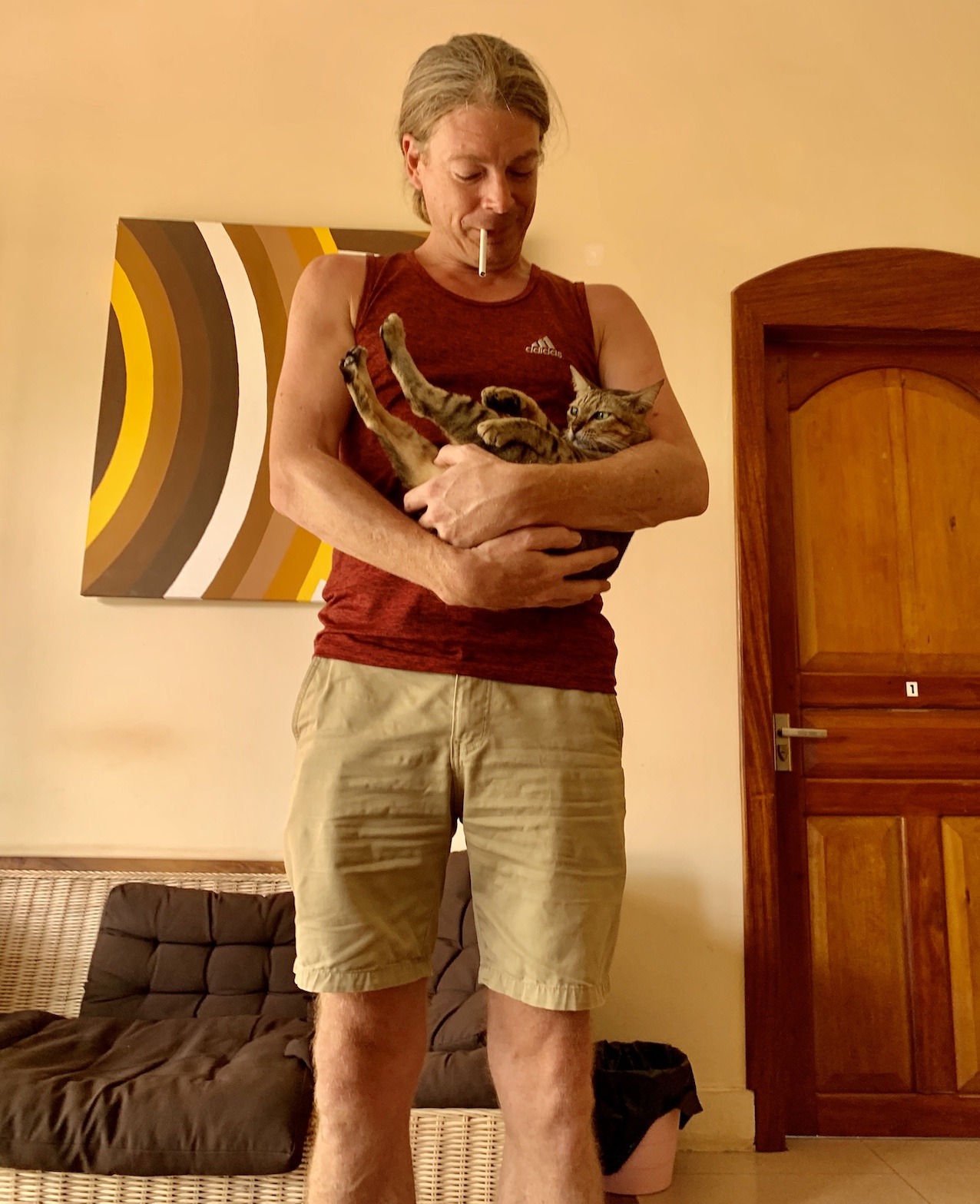 There’s also Mom-Mom, a neighbour’s cat, who makes regular visits. And Hadley (another Alien reference), a pregnant female kitty due to give birth in the near future. Needless to say Simon and Alecia take great care of their kitties, visiting PPAWS for medical needs and Kampot Pet Supplies for the rest.

On the rare occasions where guests are scared of cats, they round up their fuzzies and keep them in the staff room, while there are also antihistamines on hand for anyone with allergies. 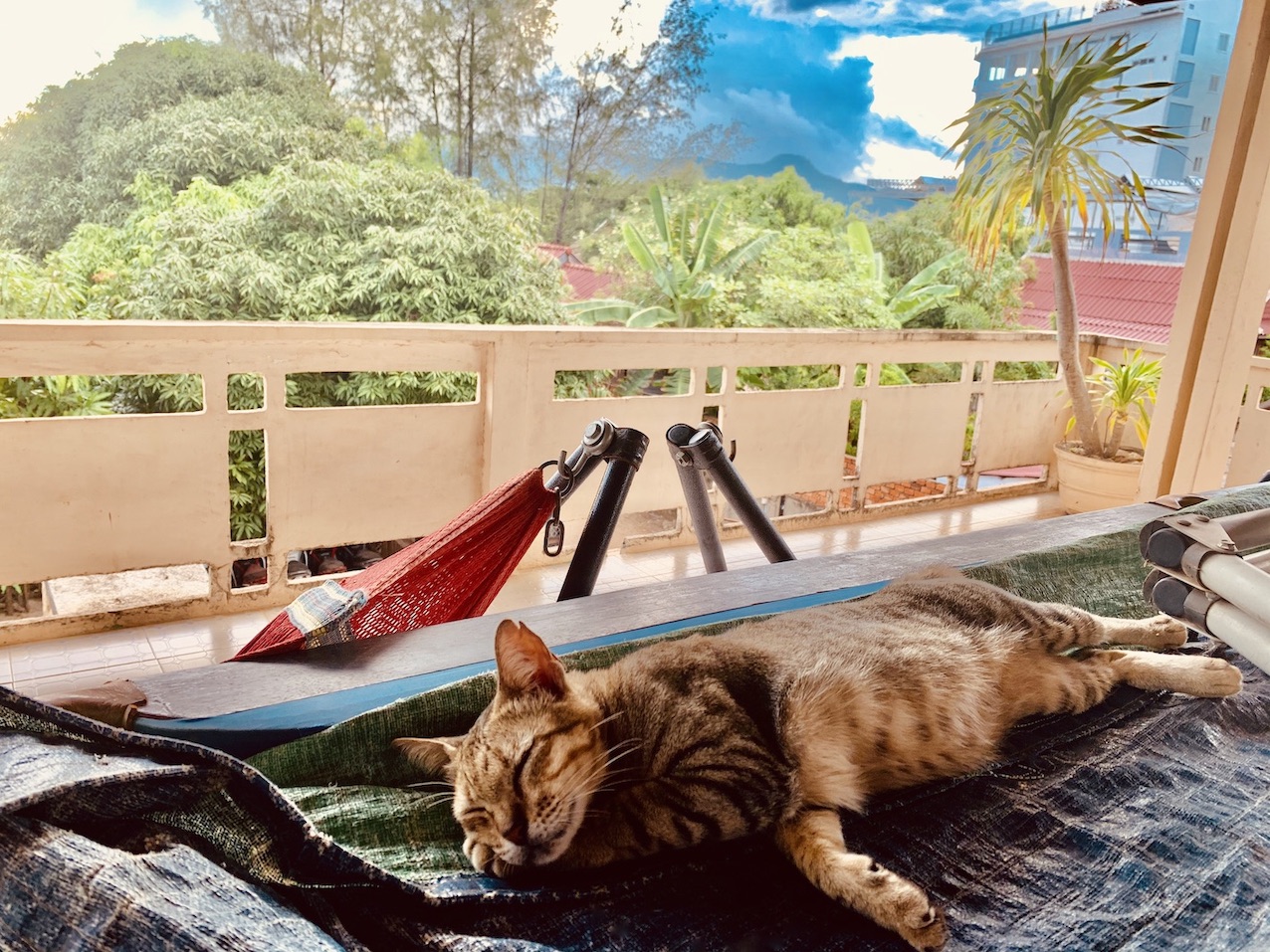 I’d thoroughly recommend Kool Kampot as an ideal long and short term base for exploring the province. They have managed to stay open throughout the pandemic whilst keeping a vigilant approach to COVID, in line with government regulations. For more details and the latest rates, why not get in touch with the team through their Facebook page.

UPDATE: Unfortunately, Kool Kampot closed its doors October 2021 due to the ongoing economic woes in Cambodia brought on by the global pandemic. I wish Alecia and Simon all the best