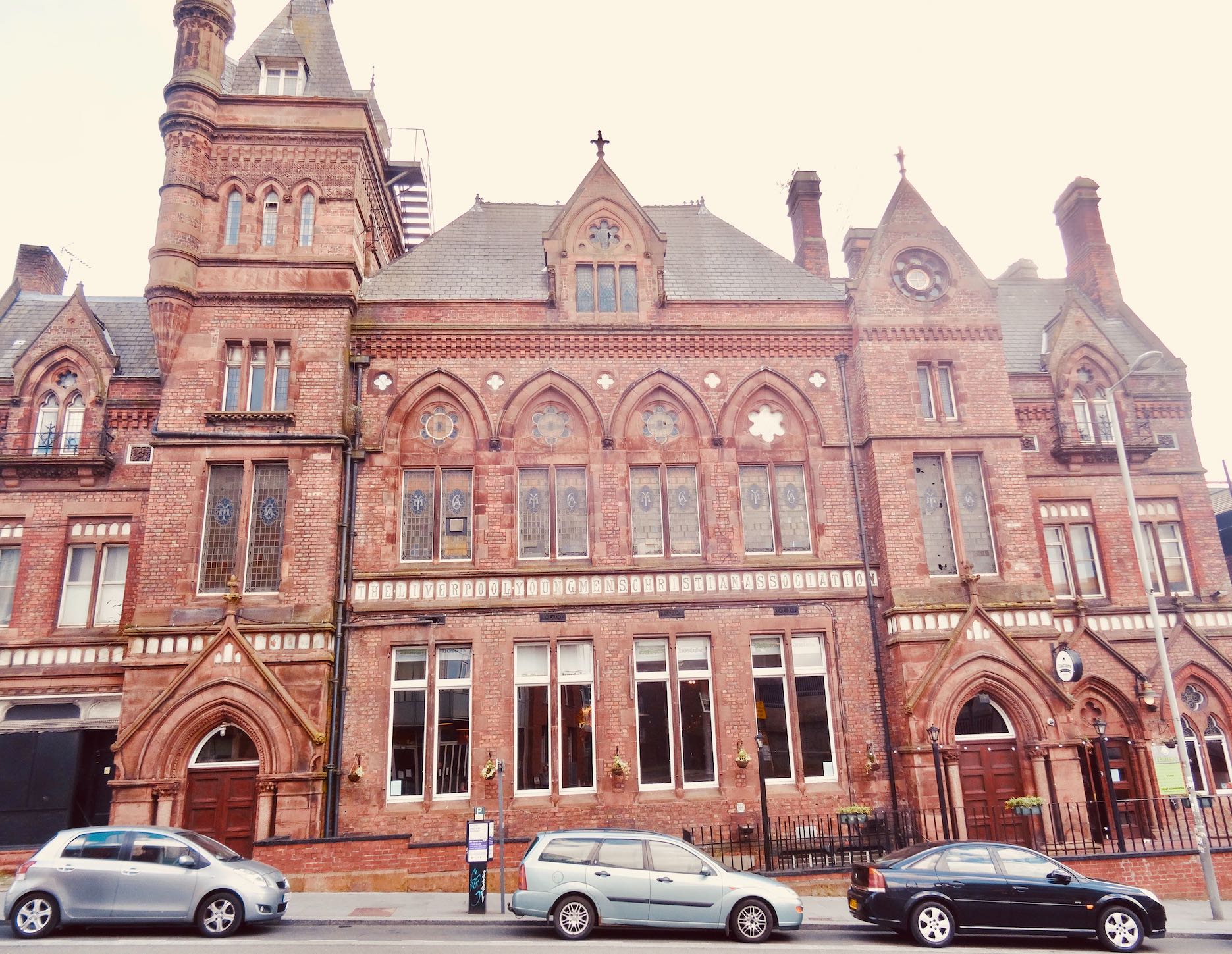 May 2019. I’ve stayed in some incredible hotels and guesthouses during my travels over the past twenty years. But unfortunately, it can’t always be glitz, glamour and sweeping balcony views. After an amazing couple of nights at The Hard Days Night Hotel, I decided a cheap and cheerful downgrade was in order for my final evening in Liverpool.

Sometimes you just have to muck in and grab a budget option. Following a bit of research, I settled on a stay at Hatters Hostel, where a bed in a mixed dormitory can go for as little as £10 a night. 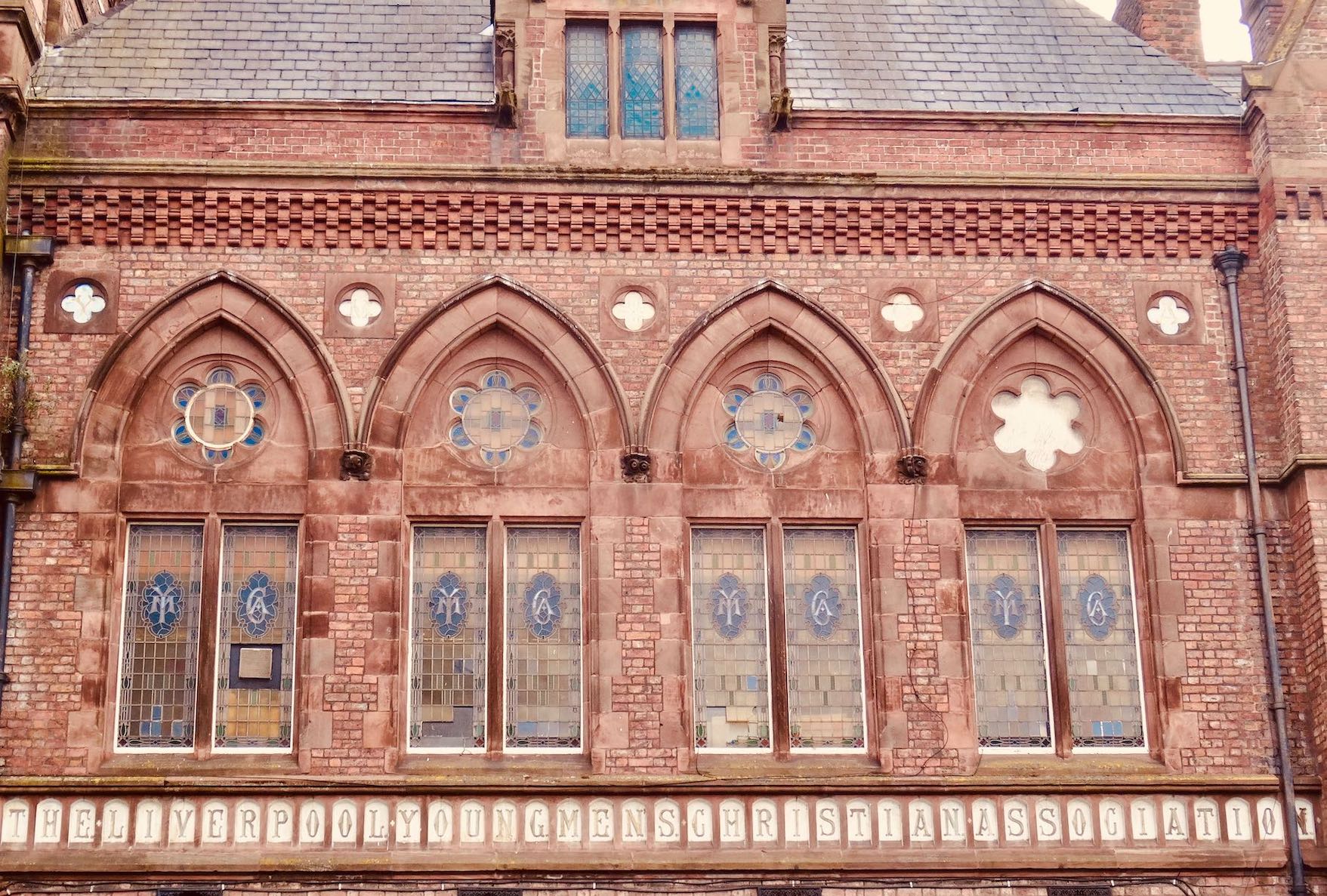 Situated right in the heart of Liverpool city centre on Mount Pleasant, Hatters Hostel sprung up in 2009 from the abandoned carcass of the Liverpool YMCA Building. Study the exterior today and you can see the original tiles spelling out The Liverpool Young Men’s Christian Association.

Built in 1846, this grand old building became the world’s first custom built YMCA. It provided shelter for the city’s homeless and was a support centre for runaway children. Moreover, the institution hosted evening school classes for the underprivileged. Staggeringly, I read one article that suggests its gymnasium, unveiled in 1880, was at the time the best equipped sports centre in Europe! 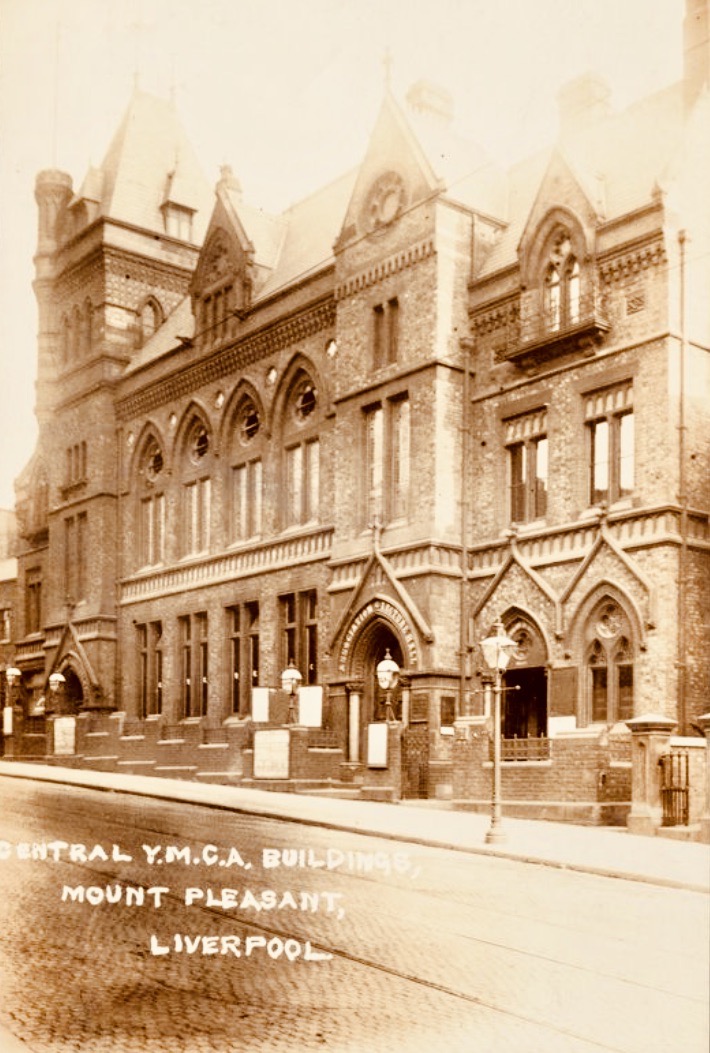 The Old YMCA Building in Liverpool.

The building suffered considerable damage from bombing during the Second World War. While community services went on hold, American serviceman used the YMCA to shelter injured servicemen preparing to return to the United States. 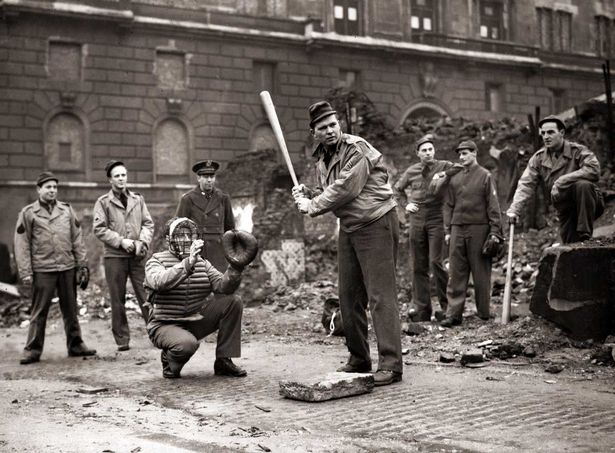 After an extended period of repairs, it reopened in 1956 and continued to operate until 2007 when the new YMCA centre opened on Leeds Street. Having stood empty for a couple of years, the Hatters Group eventually stepped in to renovate the building into one of Liverpool’s most popular hostels. 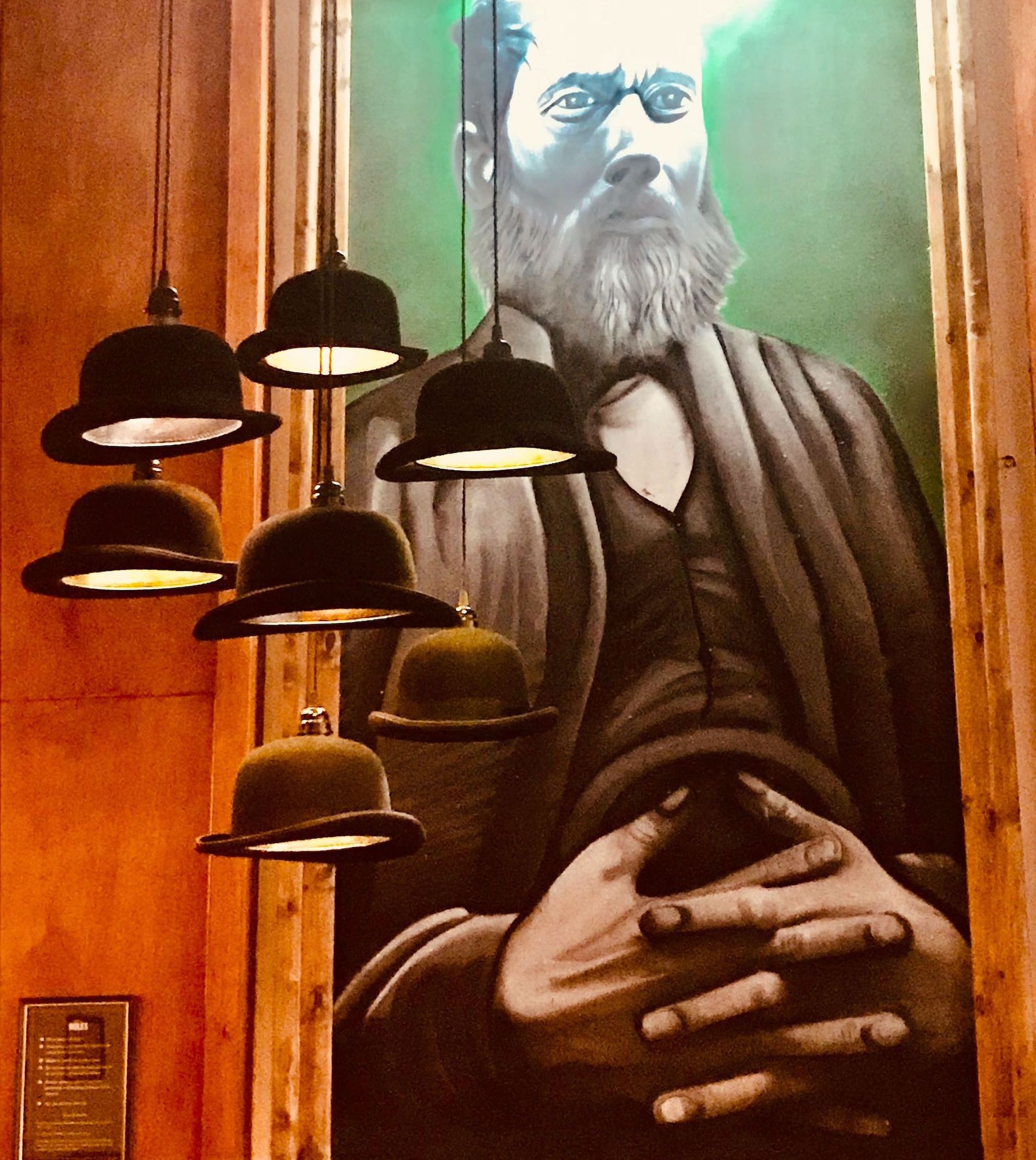 When you check in at reception, one of the first things you’ll see is this giant painting of George Williams, the English businessman and philanthropist who founded the YMCA. Incidentally, he is the great grandfather of the current British Prime Minister Boris Johnson. As for the hanging hat installation… well you know…. Hatters Hostel. Get it?

Happily, check in was a breeze thanks to the friendly Spanish guy at reception who was full of jokes and offered me a donut. Don’t mind if I do. I had read numerous irate reviews online about overbooking, but luckily this wasn’t the case that day.

Where to Stay in Liverpool. 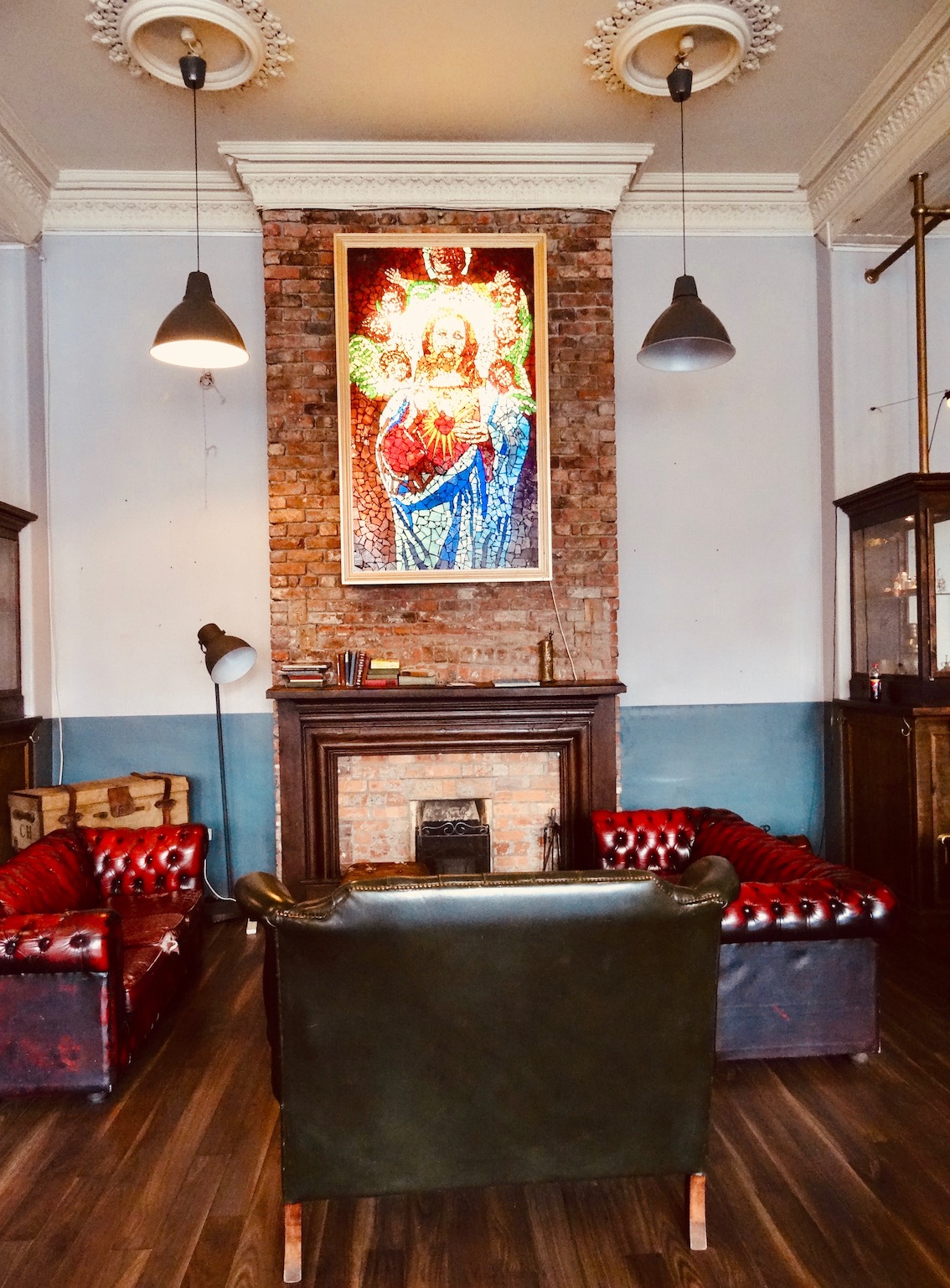 To the left of reception, there’s a huge common room with a study corner, lounge area and bar restaurant from which they serve their famous £5 breakfasts. I didn’t get around to sampling their food, but I can confirm that everything looked top notch. And guess what, the complimentary WIFI actually works! 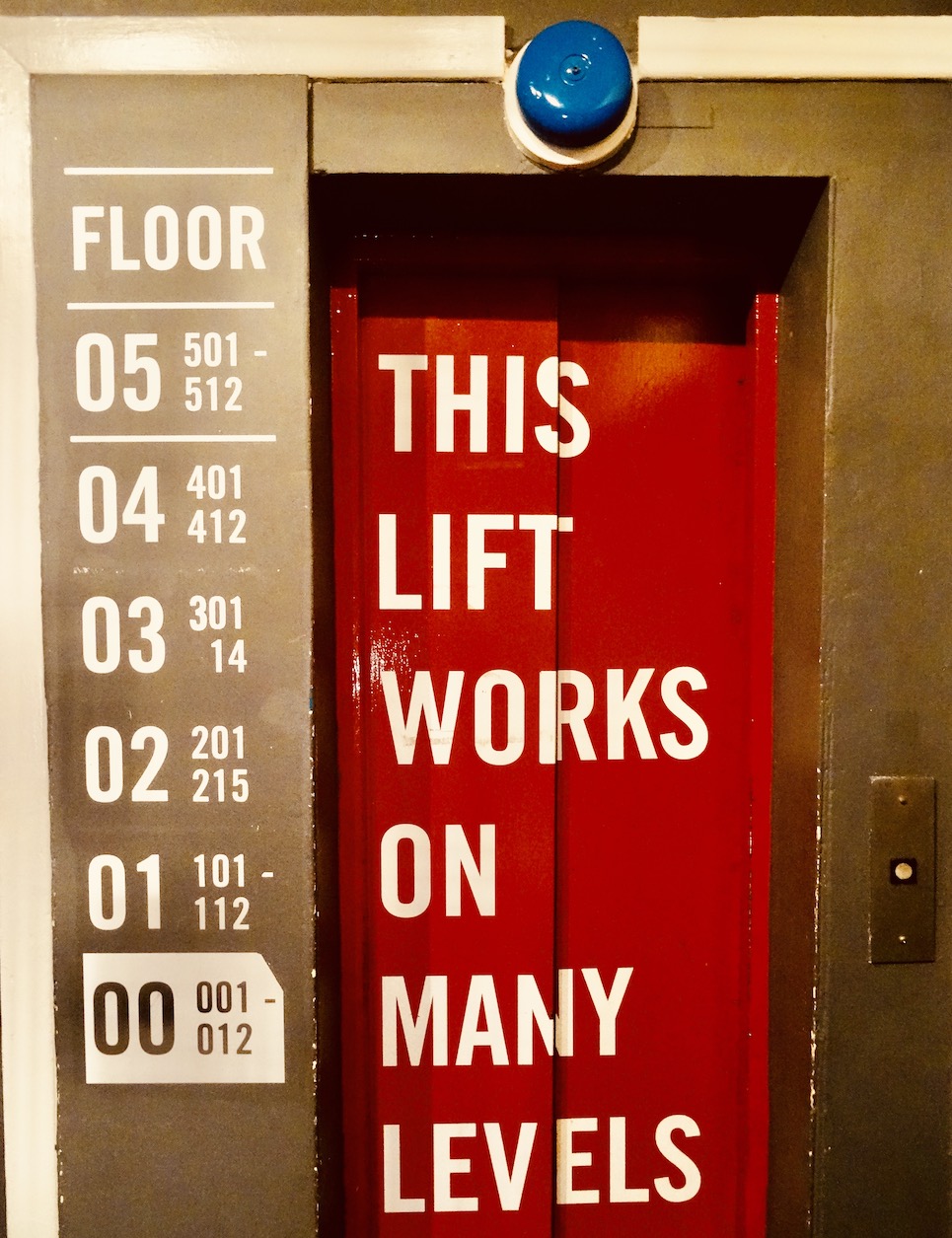 Before hitting my dormitory, the receptionist lent me the luggage room key so that I could drop my suitcase off. It was a relief to be rid of the damn thing, which was bursting at the seams with all the stuff I’d acquired from a year living in Southern China. 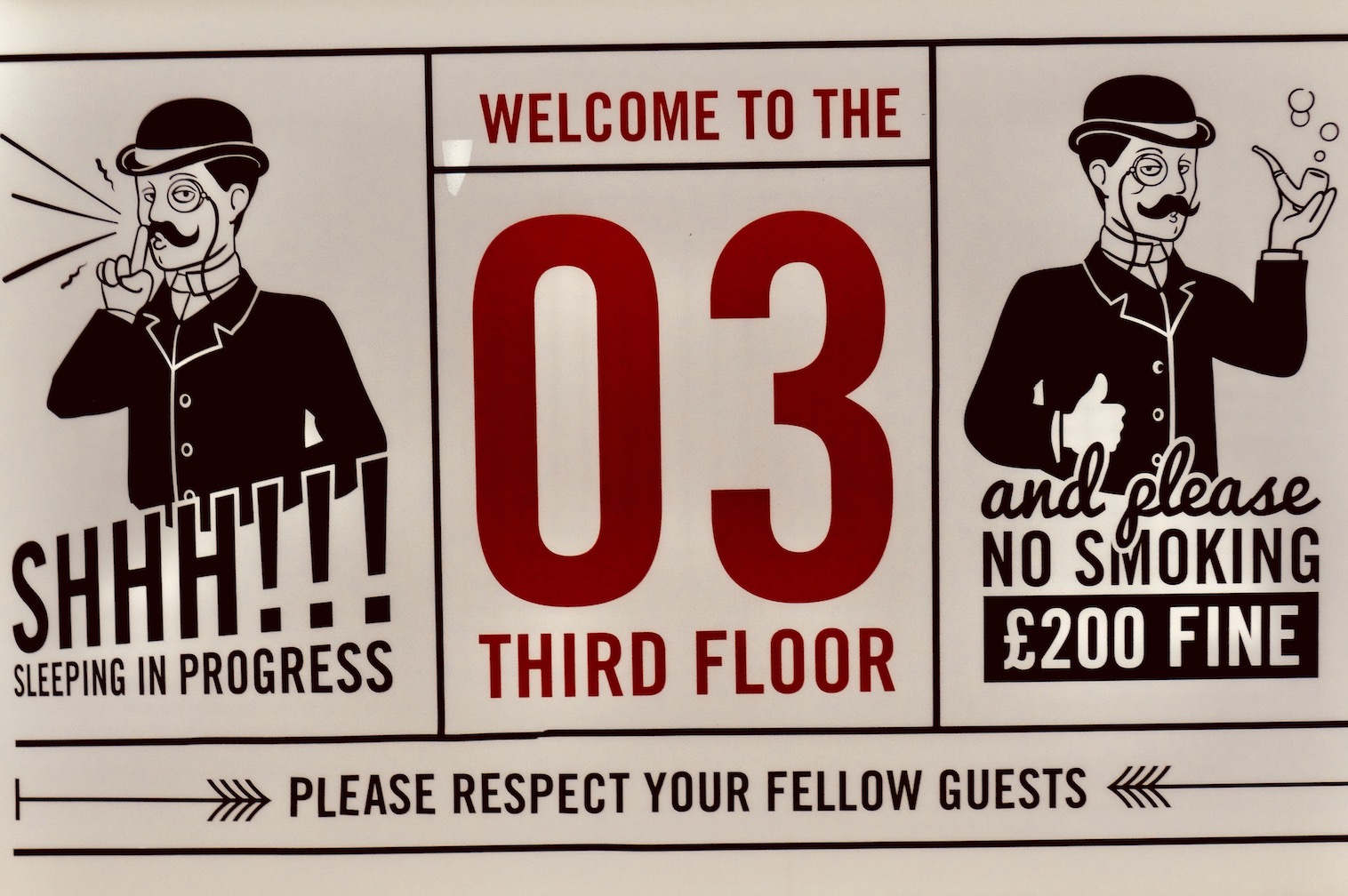 It had been such a long time since I’d stayed in a hostel, I’m talking years. But to be fair my 3rd floor, six bed dorm was clean, orderly and not quite as boxy as I’d been expecting. Nevertheless, it didn’t take long for me to realise why I rarely bother with hostels anymore. 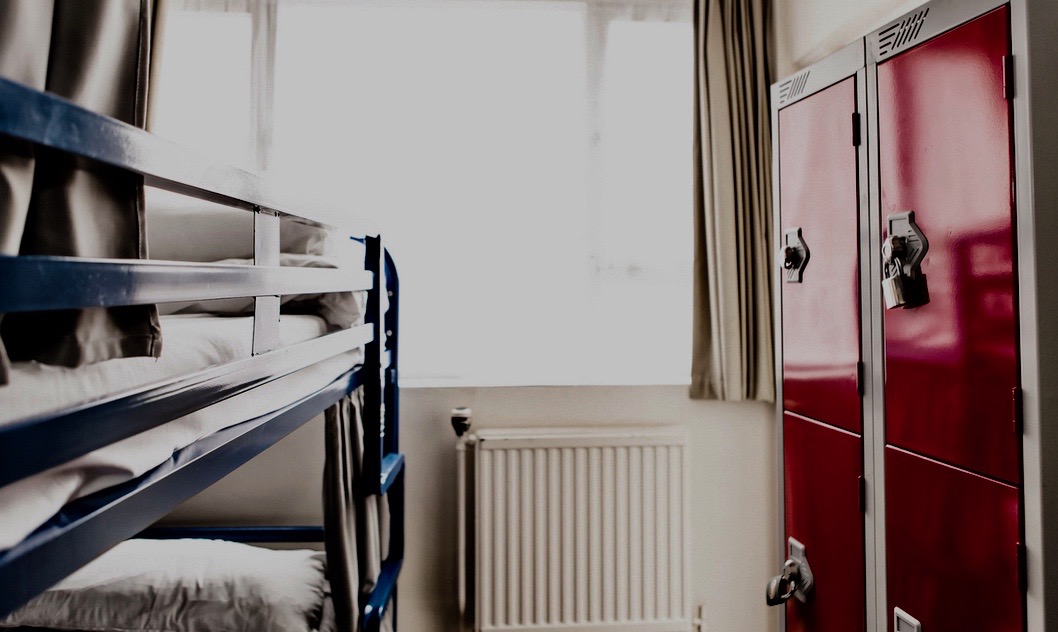 First, some twat had chosen to ignore the fact that he’d been allocated a top bunk and simply took my lower bed. The aforementioned twat was also in the bed at the time of my arrival, sweet wrappers and underwear peppering the duvet.

I cannot tell you how much I despise negotiating the upper part of a bunk bed. Down at reception, the Spanish dude rolled his eyes and searched through his booking system. “Ugh, this always happens”. 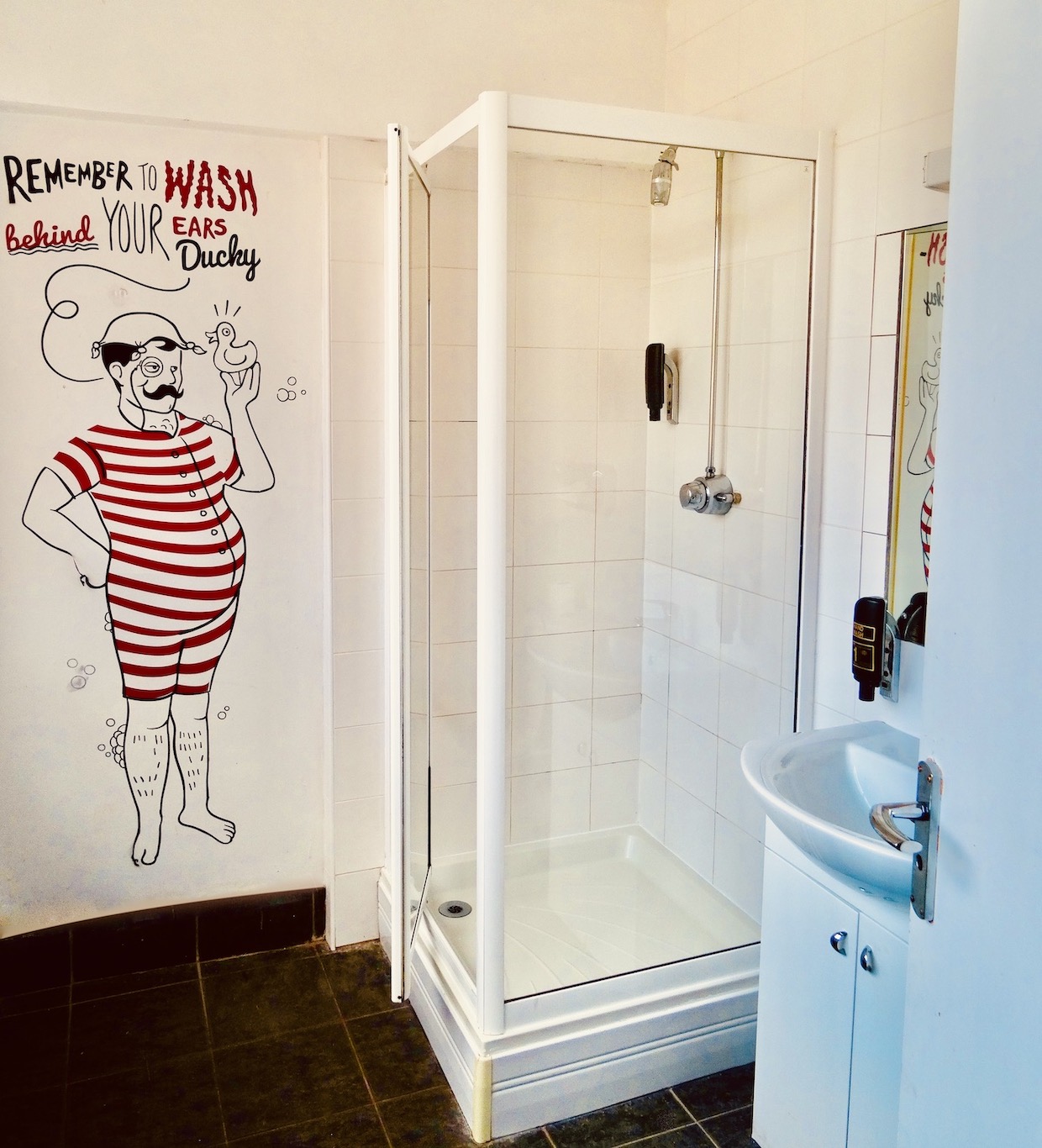 It took just a few minutes for him to transfer me to another room. Installed in my new dorm, I was keen to start peppering my own bed with unsightly items, in order to eliminate the possibility of another invasion. And then it was time for a shower, the dorm bathroom certainly getting a thumbs up in terms of facilities, cleanliness and humour. 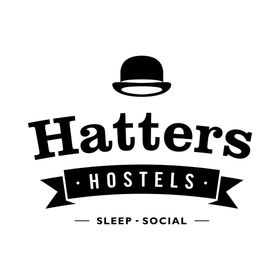 With an empty dorm that night, I fell asleep in no time, the background buzz of the city rapidly melting away. However, all that changed when my drunken dormmates returned at 3:00 in the morning. This, I’m sure you’ll understand, is why I haven’t been back to a hostel since. Nine times out of ten, this is what happens when you book a dorm. I should have known better.

First the lights came on, followed by half an hour of faffing around. Lockers opened and closed, the bathroom door swung back and forth. Drunken moron 1 couldn’t find a plug socket for his phone. Drunken moron 2 opened the window and lit up a cigarette. 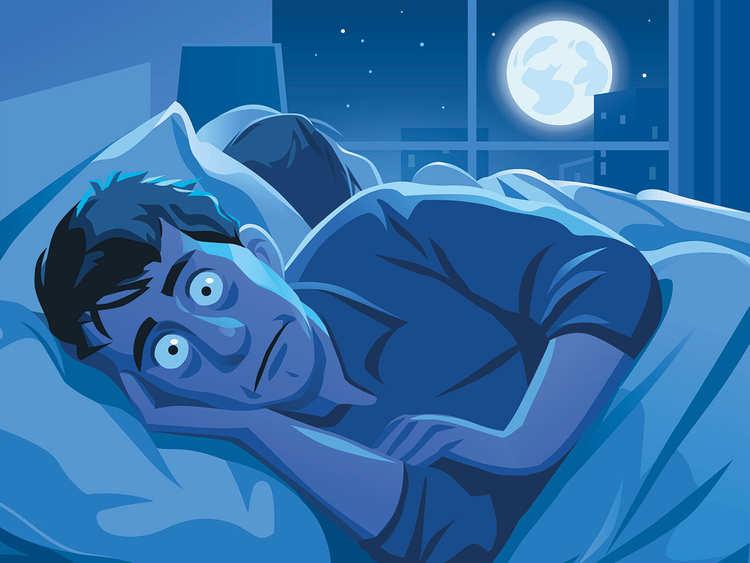 Then… the final insult… they launched into a twenty minute chat about their tedious night out chasing a pair of disinterested women. Until I told them to give it a bloody rest. What can I say, I really liked Hatters Hostel and its fascinating history. But from now on I’ll always be digging just a little deeper into my wallet when it comes to accommodation.