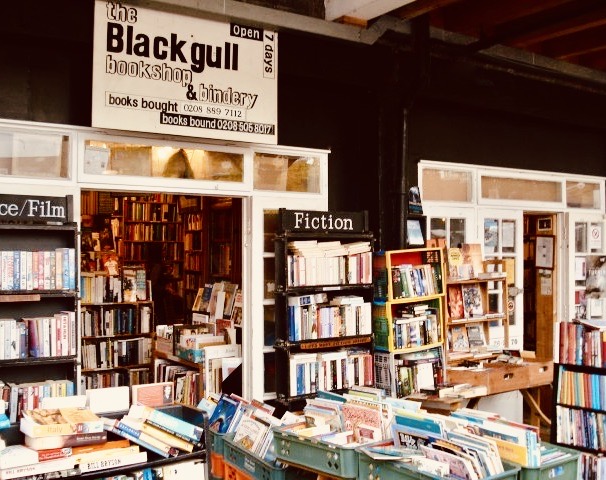 May 2019. There’s something about Camden Town that feels good for the soul. In fact, whenever I’m back in London, to Camden I come. Partly because of all the second hand record stores and live music spots. But also to browse its independent bookshops. Places that take me back to my childhood and teenage years. A reminder of a time when I was a voracious reader. A pre-wifi/smart phone/social media age when people were still charmed by the prospect of settling down with a dusty, used book. 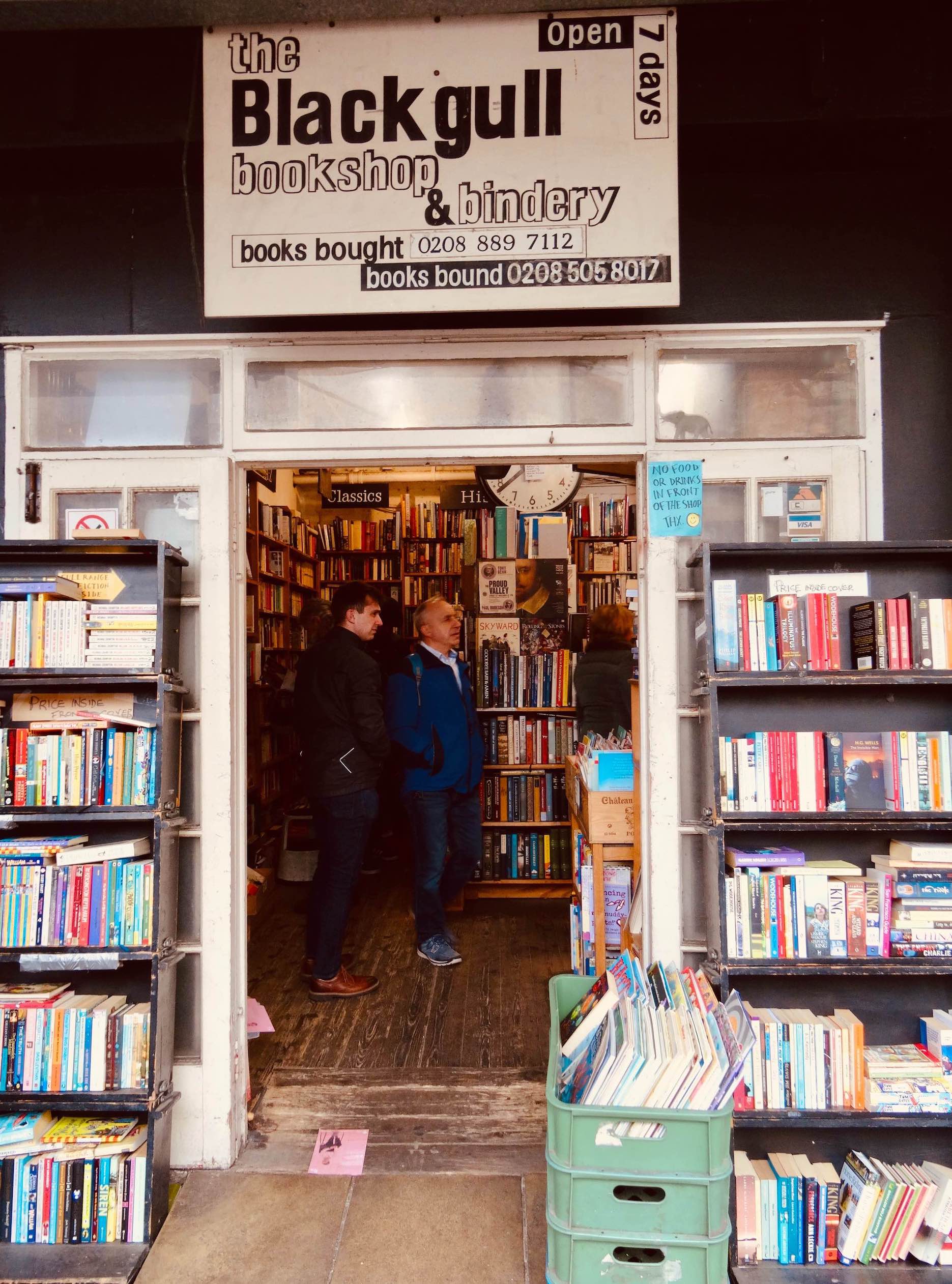 Unfortunately, there aren’t many traditional bookshops left anymore. However, one such institution remains in London’s Camden Town. A wonderfully wonky old centre of literature called Black Gull Bookshop & Bindery. Specialising in 19th and 20th century literature, it is an unashamedly no-nonsense place in many ways. They have no website, for example, and the service can be… um…. gruff.

On this particular afternoon I was amused by how many customers tried to converse with the lady behind the counter. But whether it was chit chat, or the whereabouts of the gardening section, she was not into it. “Just buy your book and **** off!” screamed her grumpy expression. 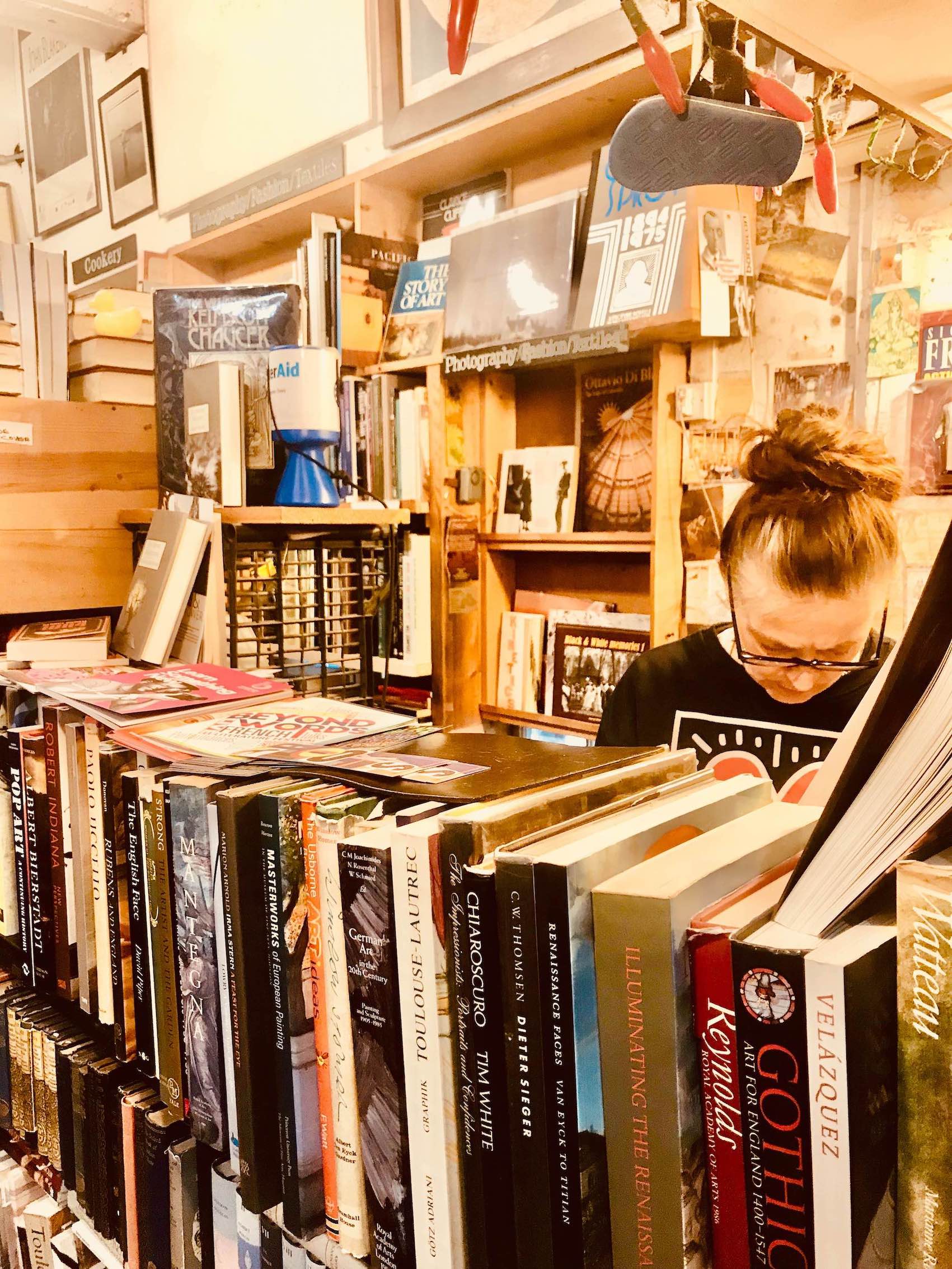 Nevertheless, I wasn’t going to let anyone spoil my experience. Rather, I set about exploring the place, with its delightful nooks and crannies. I loved how informal the shop is, with sporadic piles of titles stacked up in unexpected spots. I certainly appreciated the tower of travel literature pictured below, including guides to Bhutan, northern Greece and the lakes of Milan. 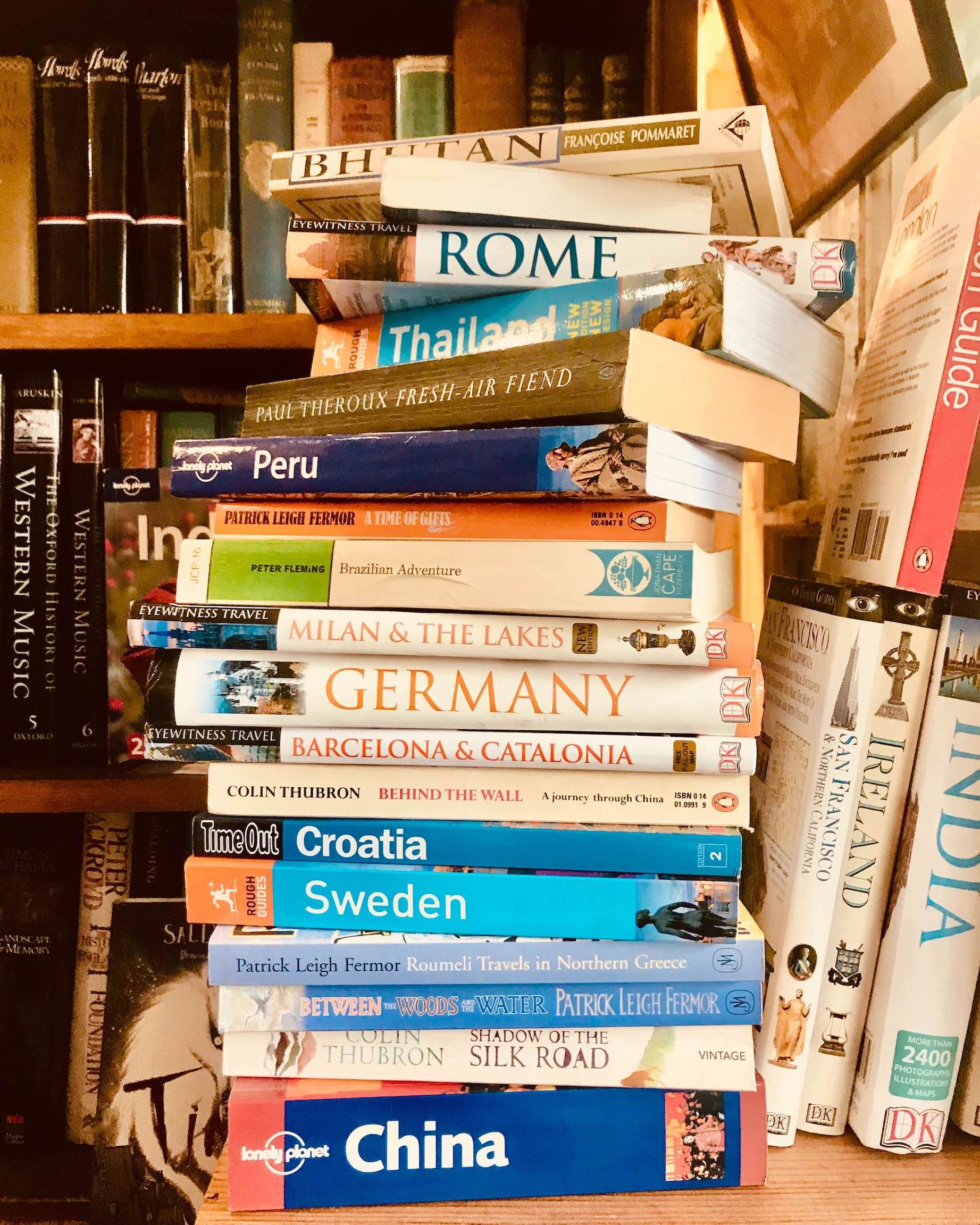 Moreover, it’s impossible not to smile at the lovely flourishes of art. Cast your eyes above the bookshelves and up to the ceiling and you’ll discover all sorts. Black and white 19th century photos of lords, politicians and working class Londoners. A row of comical and often ghoulish masks. They’re not actually for sale, just part of the furniture so to speak. Black Gull residents, one might say. 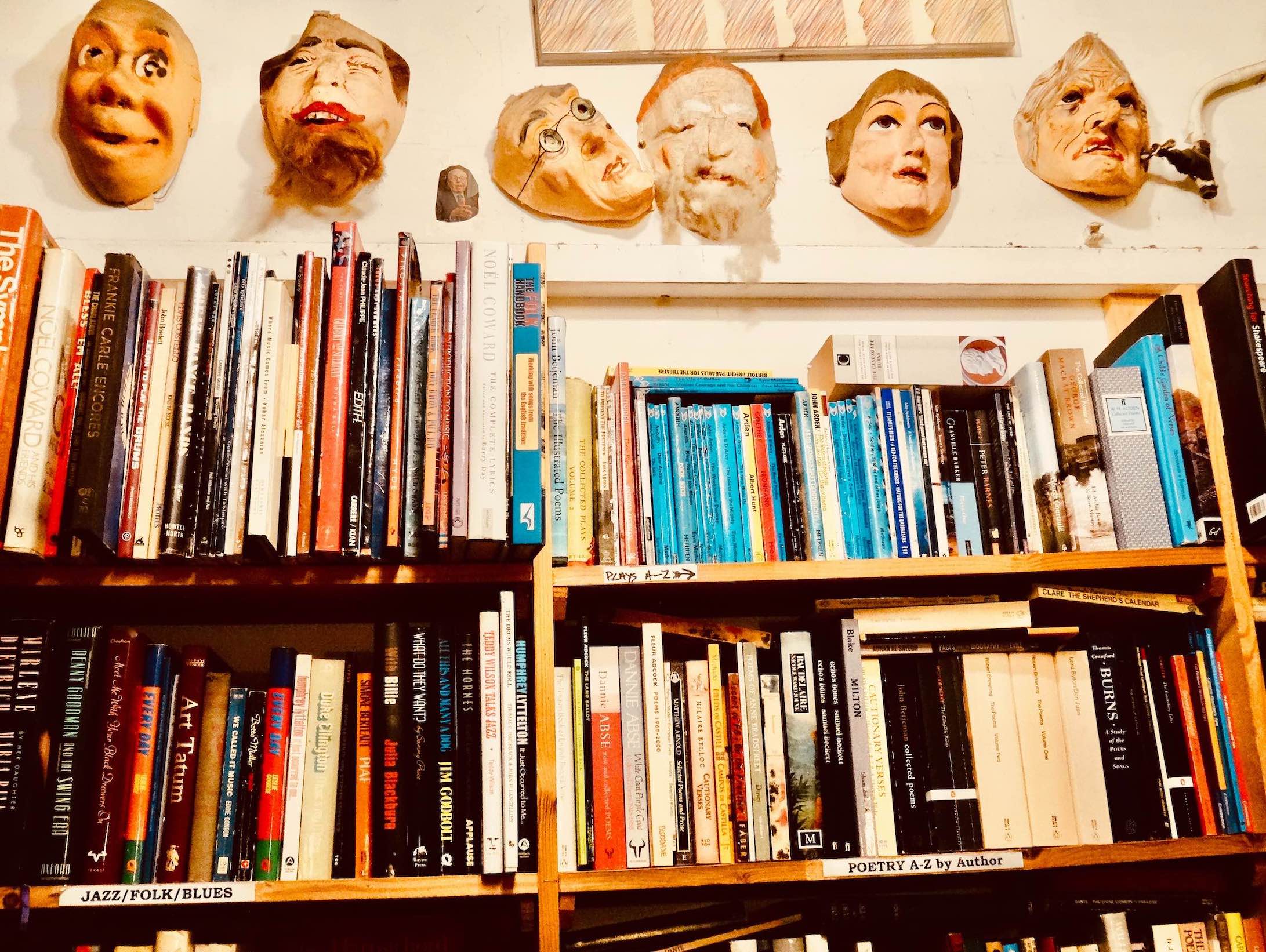 Elsewhere, I came across foreign banknotes, handwritten letters, cinema tickets and antique stickers. Right in the centre of the floor, unmissable due to its location hanging from the ceiling, is a large railway station clock. A sticky note plastered onto its face states: This clock refuses to accept the concept of British summertime. On the back of the clock, an engraved message claims: When I first read a dictionary, I thought it was a poem about everything. 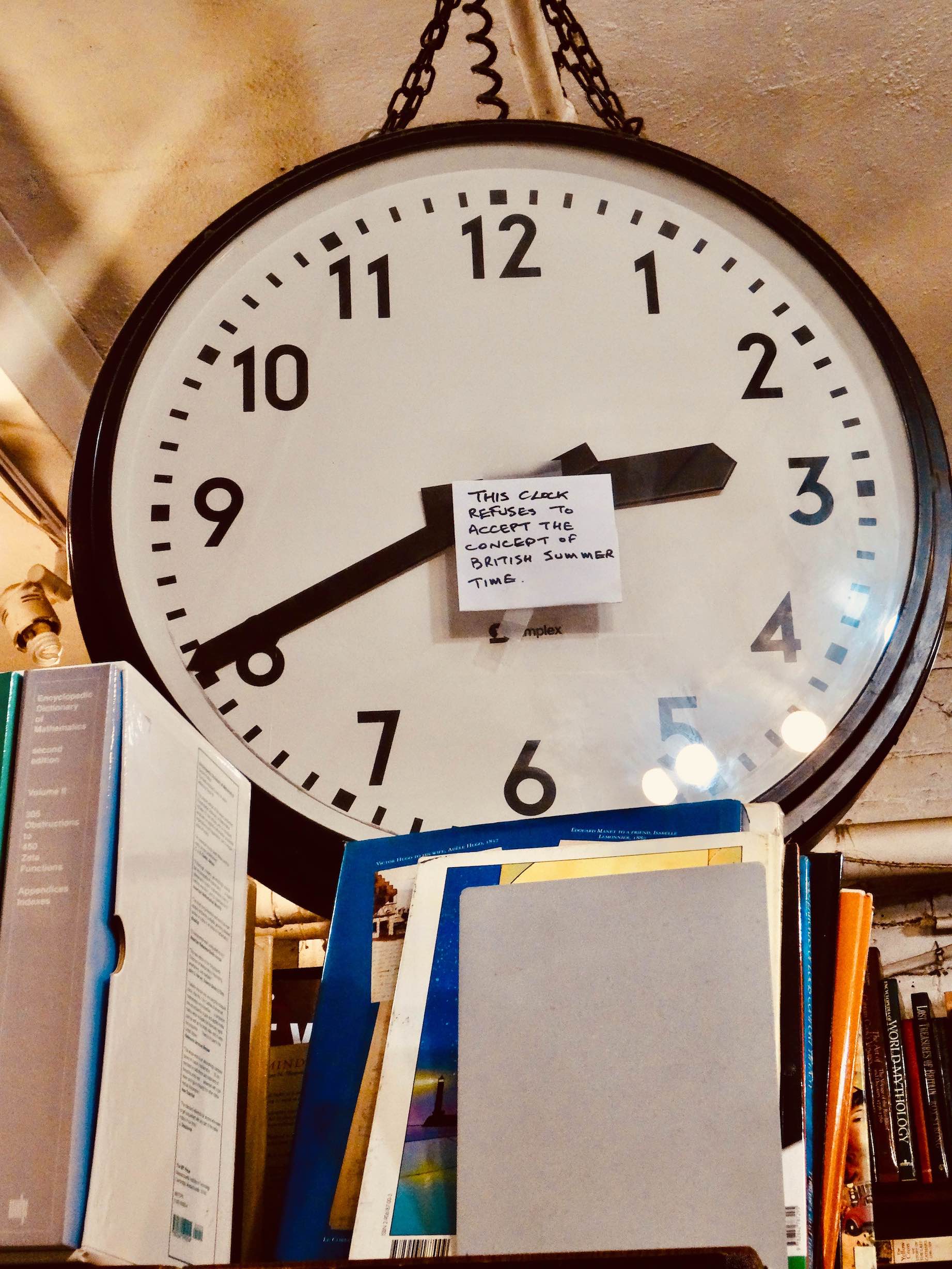 Look out for some excellent posters too. Some for sale, some just for show and to cover up the cracks in the walls. One that caught my eye was this amusing animated clipping, artist unknown, from 2002. Perhaps this was Black Gull’s discreet statement about their own lack of sexy volumes. 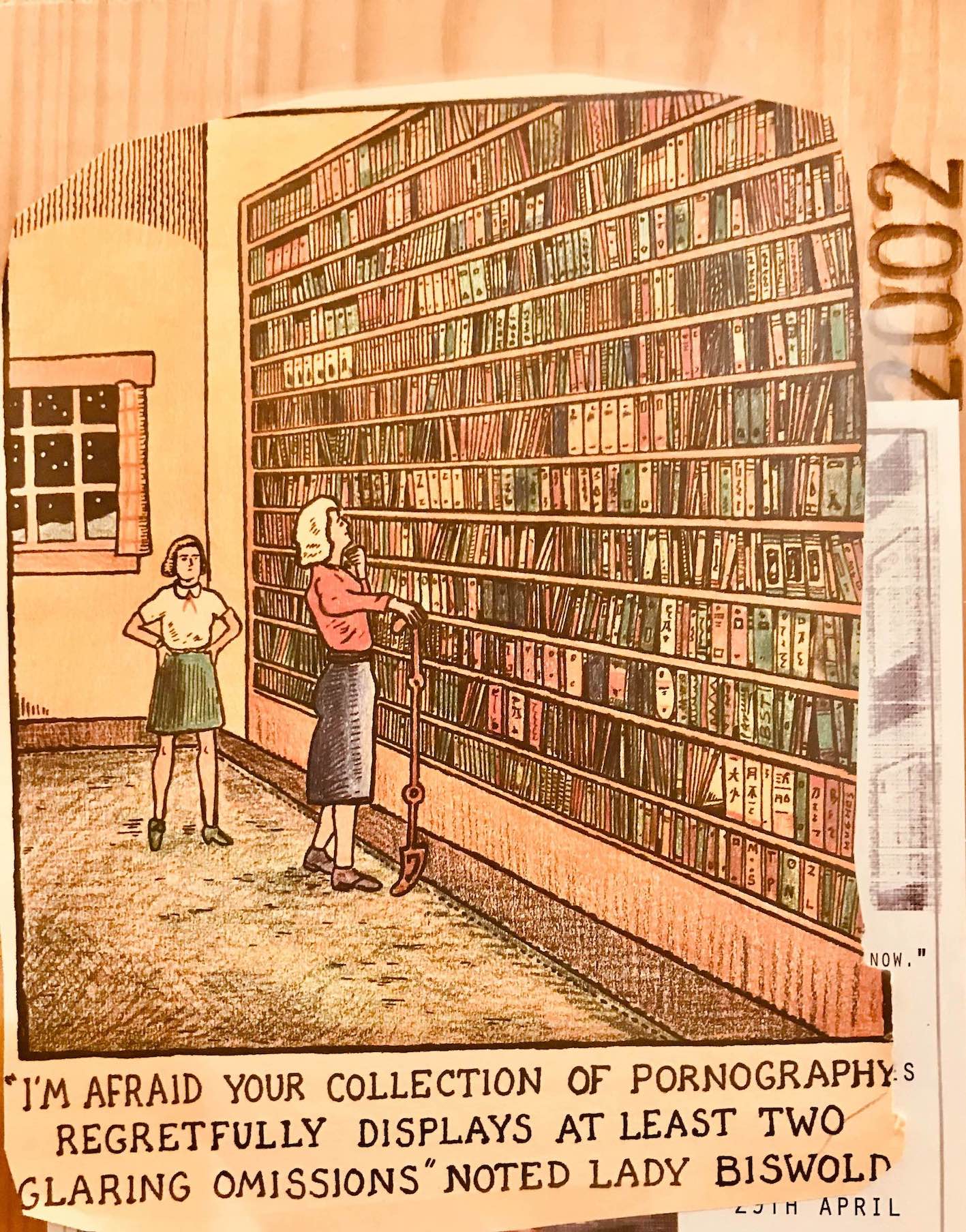 Eventually, as is always the case, I gravitated towards the music and film shelves. Here, like a kid in a candy shop, my eyes were darting around all over the place. My hands grabbing all kinds of titles as I switched between The Beatles, Dylan, Leonard Cohen and The Libertines. One of the very few occasions where I curse my life as a roaming digital nomad, unable to accept the burden of book weight. 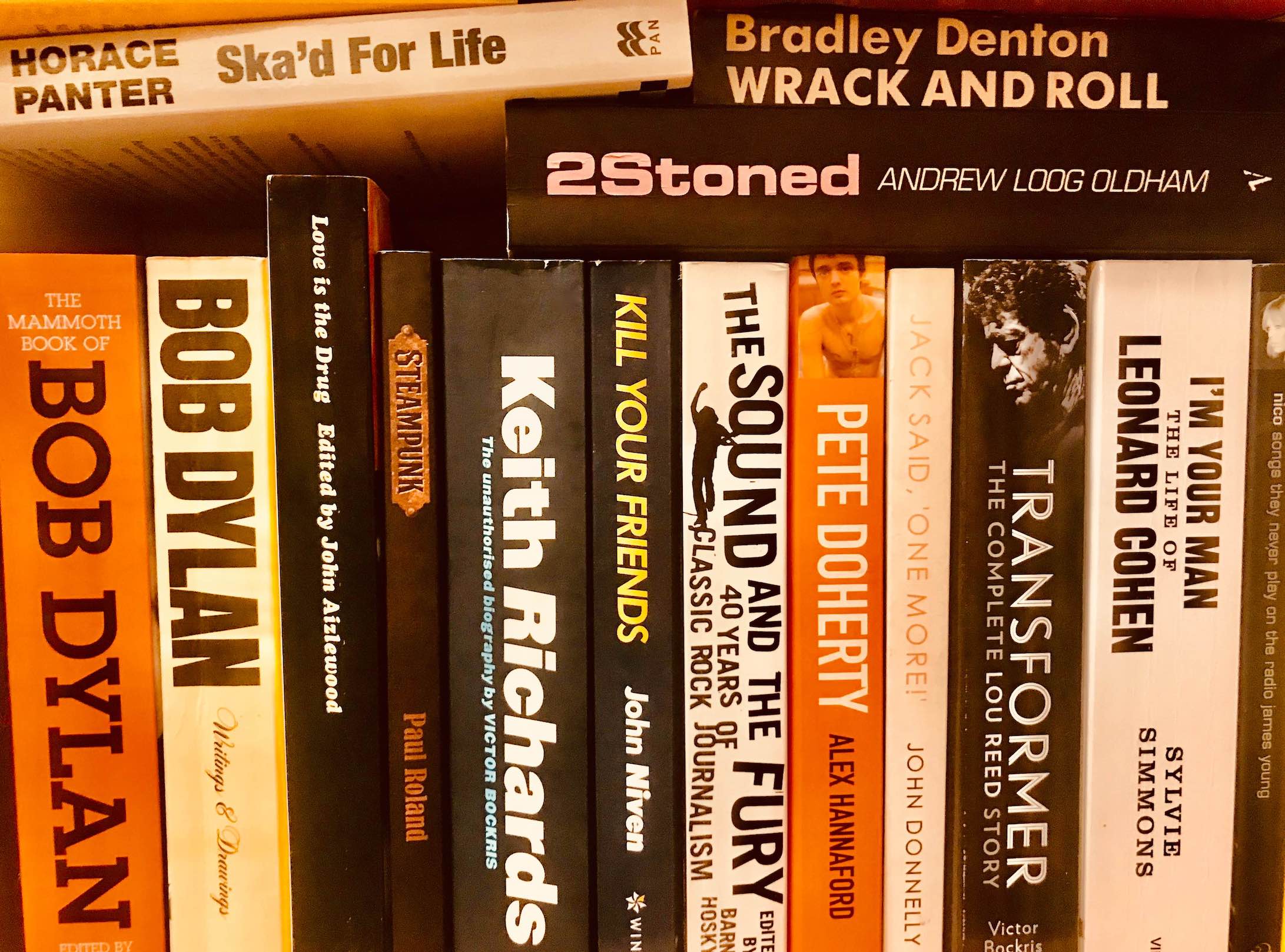 As you would expect, Black Gull has an excellent section on British history, with an entire shelf dedicated to London through the ages. In this respect, one could do a lot worse than London Calling: A Countercultural History of London Since 1945 by the acclaimed author Barry Myles. As with all the books here, you’ll find the price on the first page, scribbled in pencil. 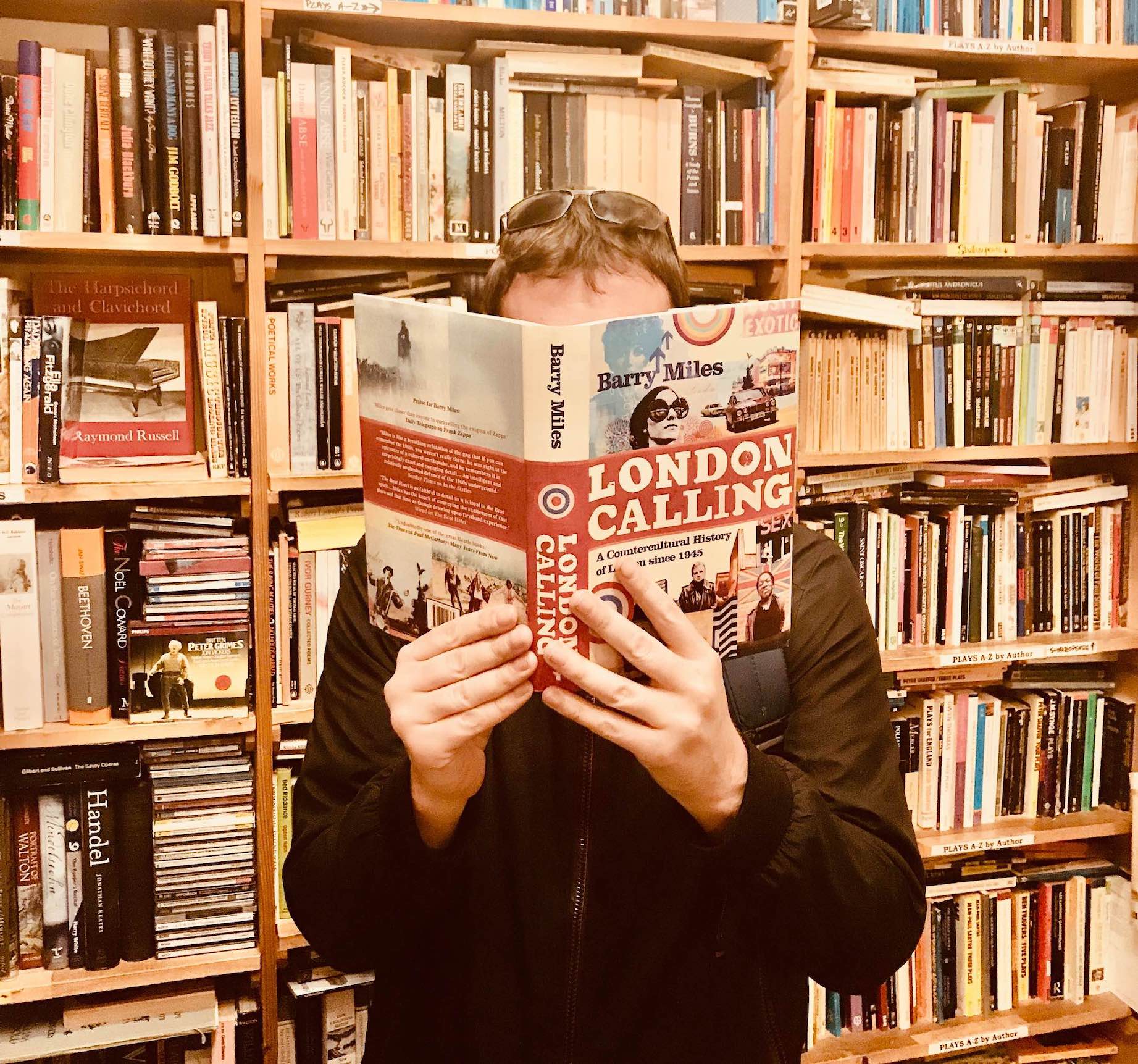 It’s not a big bookstore by any stretch of the imagination. And yet before I knew it an hour had flown by and I was consequently late for an appointment. Oops. You can find Black Gull Books at 70 Camden Lock Place. They also have a sister store in another London neighbourhood, East Finchley. The shops open seven days a week from 10:00-18:00. Happy reading! 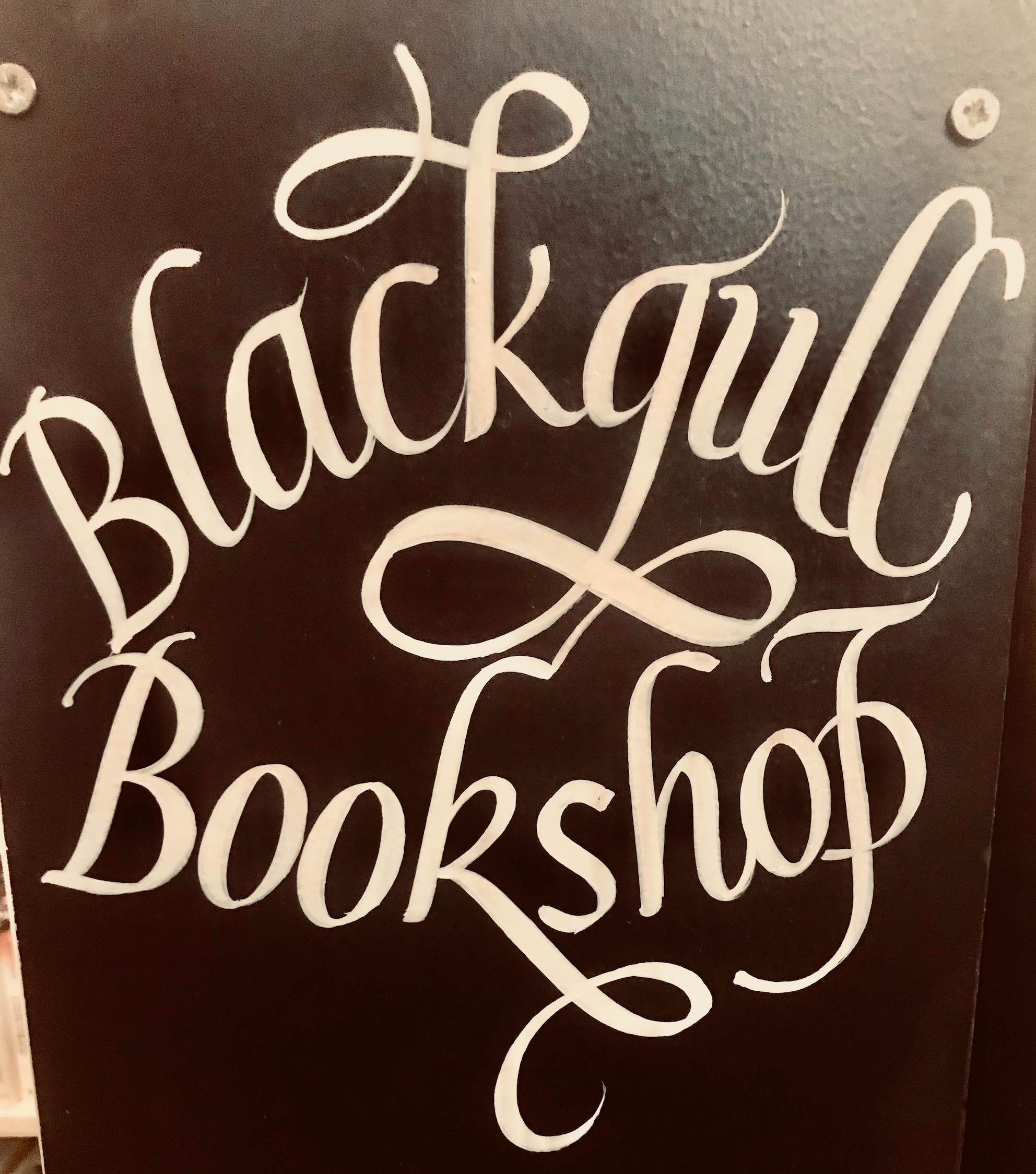