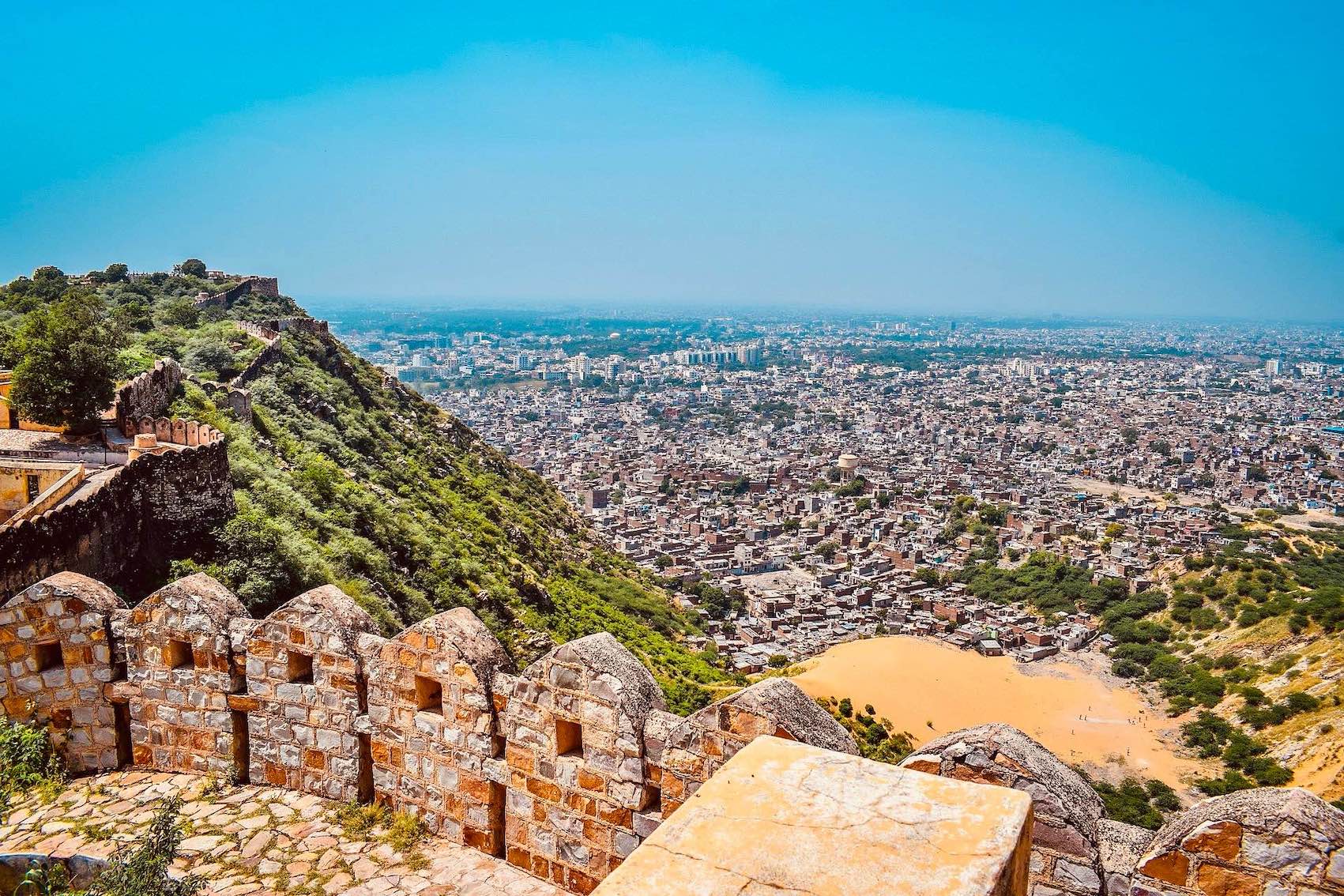 Even within the parameters of my scaled down snippets series, this collection of memories from Jaipur has been particularly hard to pull off. This is due to the fact that 1: I have very few photos of our brief stay and 2: We had a largely awful time from the moment we arrived to the moment we left.

While I was furious with Jaipur at the time, I have since understood that our shit experience was just an unfortunate collision of circumstances. In fact, sometimes a place just isn’t meant to be. This can happen when you’re on the road, especially during a long cross-country trip like the one I embarked on in 2004. I won’t go into the whole sorry affair here, as I’ve already laid it all out in my short story Fear and Loathing in Jaipur.

Jaipur was supposed to be amazing. The Pink City… with its bustling bazaars, sandstone royal palace and towering fortress. But it all went wrong from the very beginning when our pre-booked accommodation inexplicably fell through. When we finally sorted out alternative digs, our host, a prejudiced local man called Mahatma, proved far from welcoming. However, his icy exterior thawed somewhat over the few days we stayed at The Ashiyana Guesthouse. So much so, that he even agreed to pose for a photograph with Allan and I. 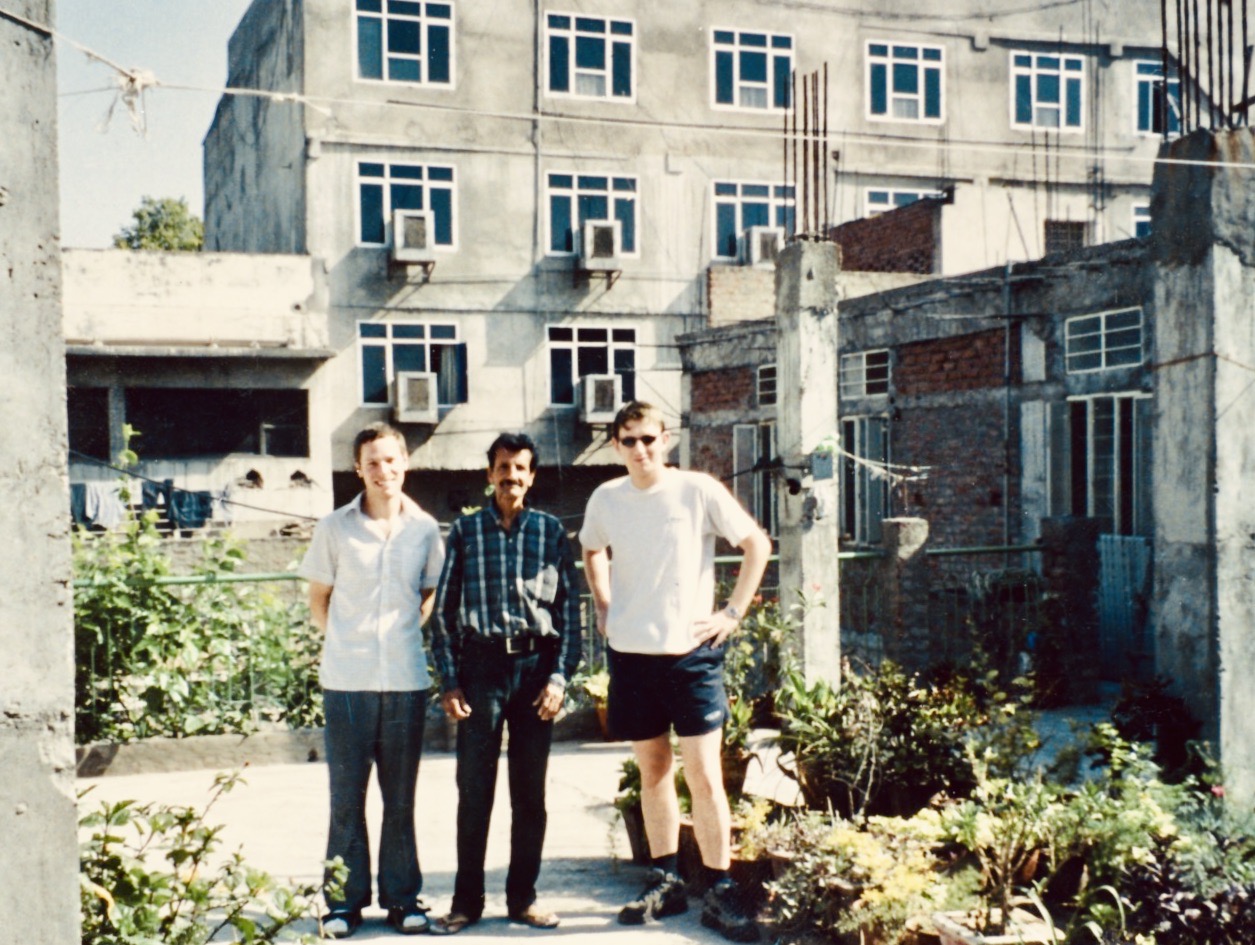 As those who’ve read my short story know, we met some exceptionally unpleasant people in Jaipur. I don’t think I’ve ever had a similar experience anywhere else in the 22+ years I’ve been exploring the world. But it wasn’t all bad of course, as the below photo shows. This local man and his children were over the moon to meet us and simply wanted a brief chat and a photo. No ulterior motive… no lies … just “hi, how are you?” 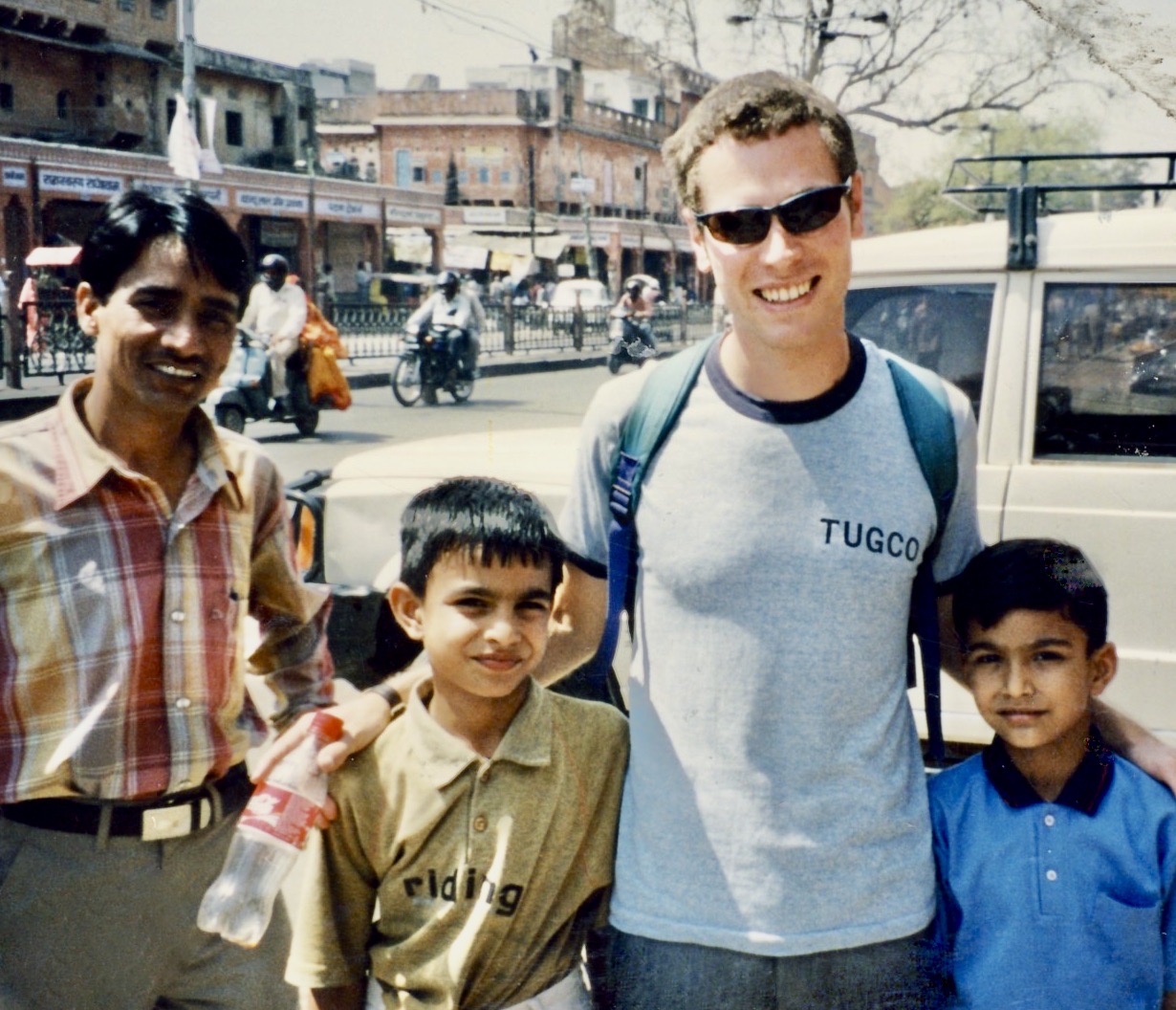 We were only in Jaipur for a few days, so I cannot claim to have gotten a good feel for the place. But of course we did go and visit the Hawa Mahal, The Pink City’s so-called Palace of the Breeze. Built in 1799 by Pratap Singh, (grandson of Sawai Jai Singh, the founder of the city), this five-floor royal residence is a unique structure with its grand, 953-window honeycomb facade. 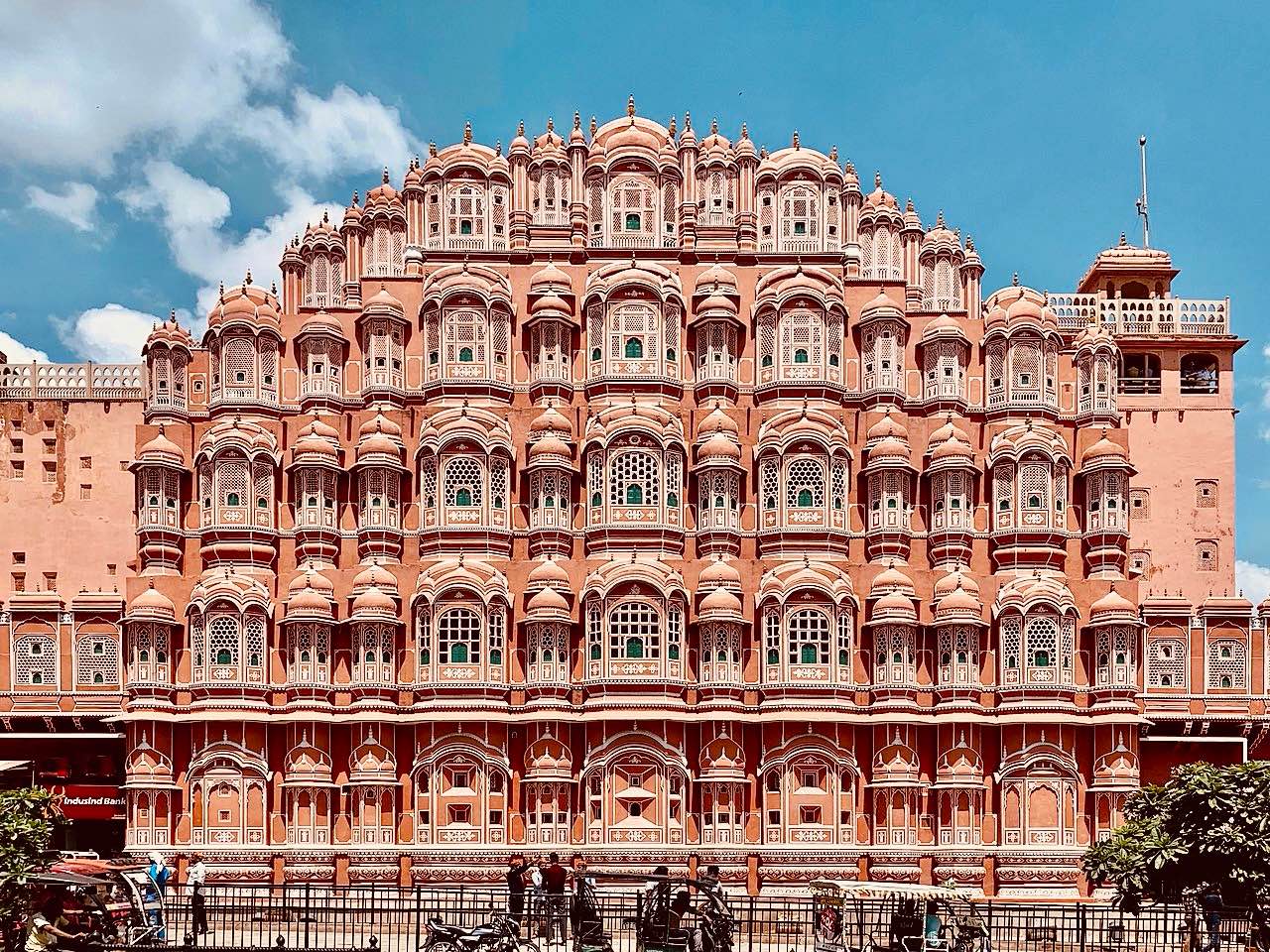 The Hawa Mahal, Palace of the Breeze.

The building allowed Jaipur’s royal women a sweeping overview of everyday life without being seen themselves. The breeze from which the palace gets its nickname supposedly comes through the open windows, refreshing the curious faces of those peering out. Looking at recent photographs, the palace seems to have enjoyed a dramatic facelift in recent years. Indeed back in 2004 the old joint seemed on the verge of falling to bits 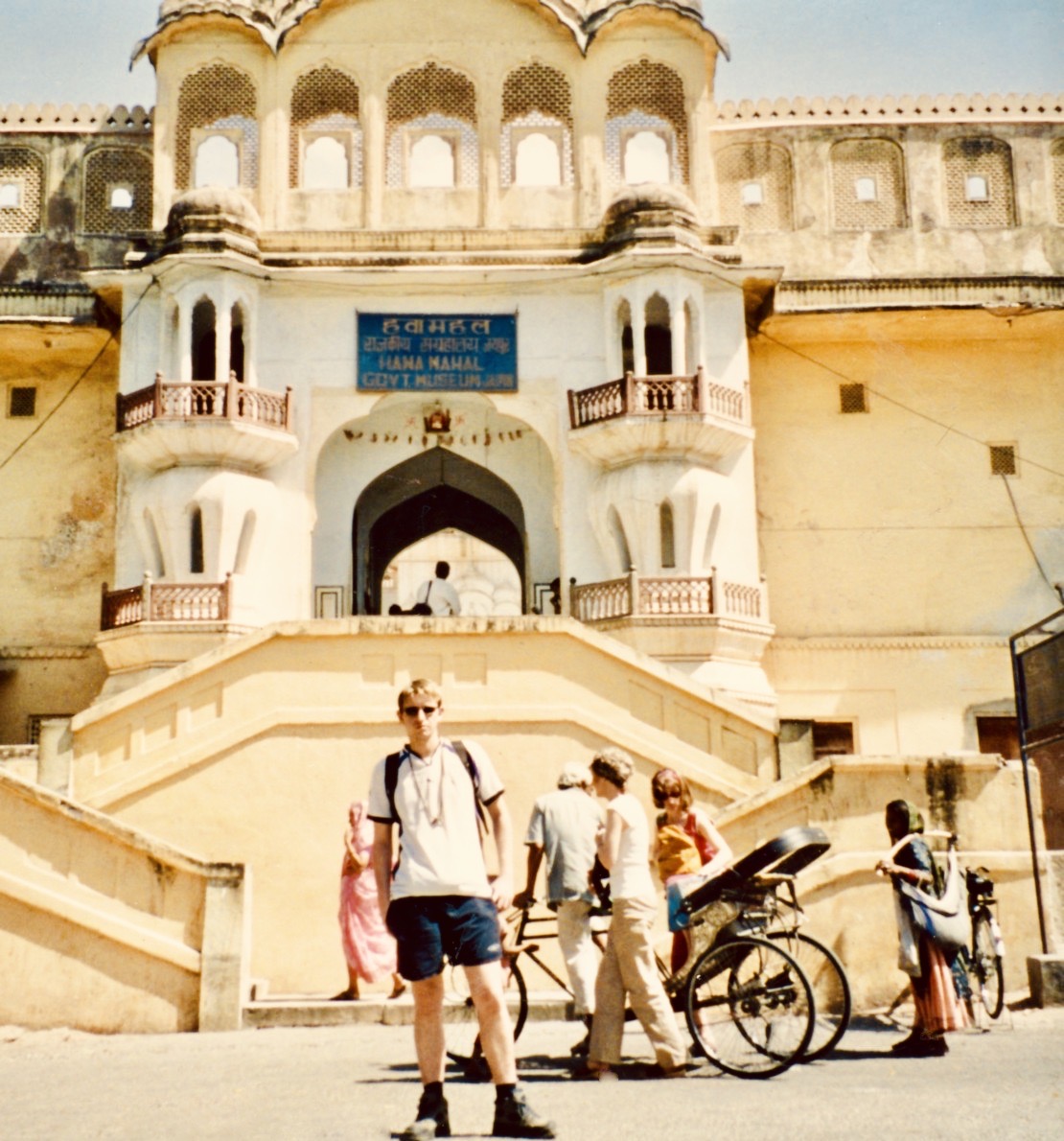 Much of the building’s pinky colour had faded away altogether and there were networks of cracks in the brickwork. Moreover, as Allan and I climbed to the upper levels, we had to take care with loose steps, shattered tiles and broken handrails. Nevertheless, we enjoyed some decent views across the city, including the faint, distant form of the 18th century Nahargarh Fort perched high atop the Aravalli Hills. 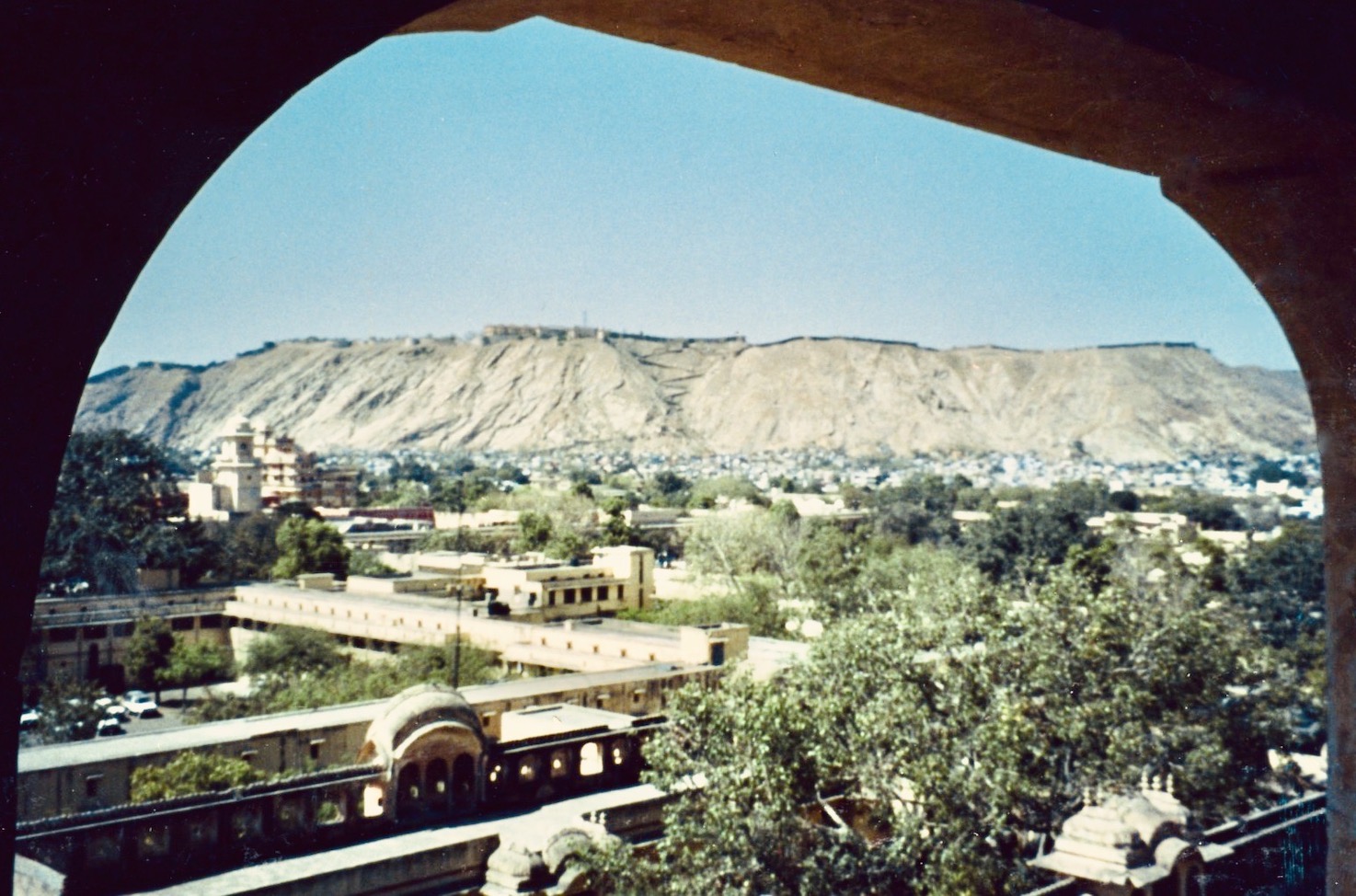 As soon as we saw the fort we knew we had to go and find it. Thus the next morning we headed out to the zigzagging two-kilometre footpath that winds up to Nahargarh. It was quite the hike and, in true Jaipur style, riddled with challenges and frustrations. These included keeping our distance from troublesome monkeys. And getting screamed at by a horrible old woman who I’d dared to cheerfully say good morning to. 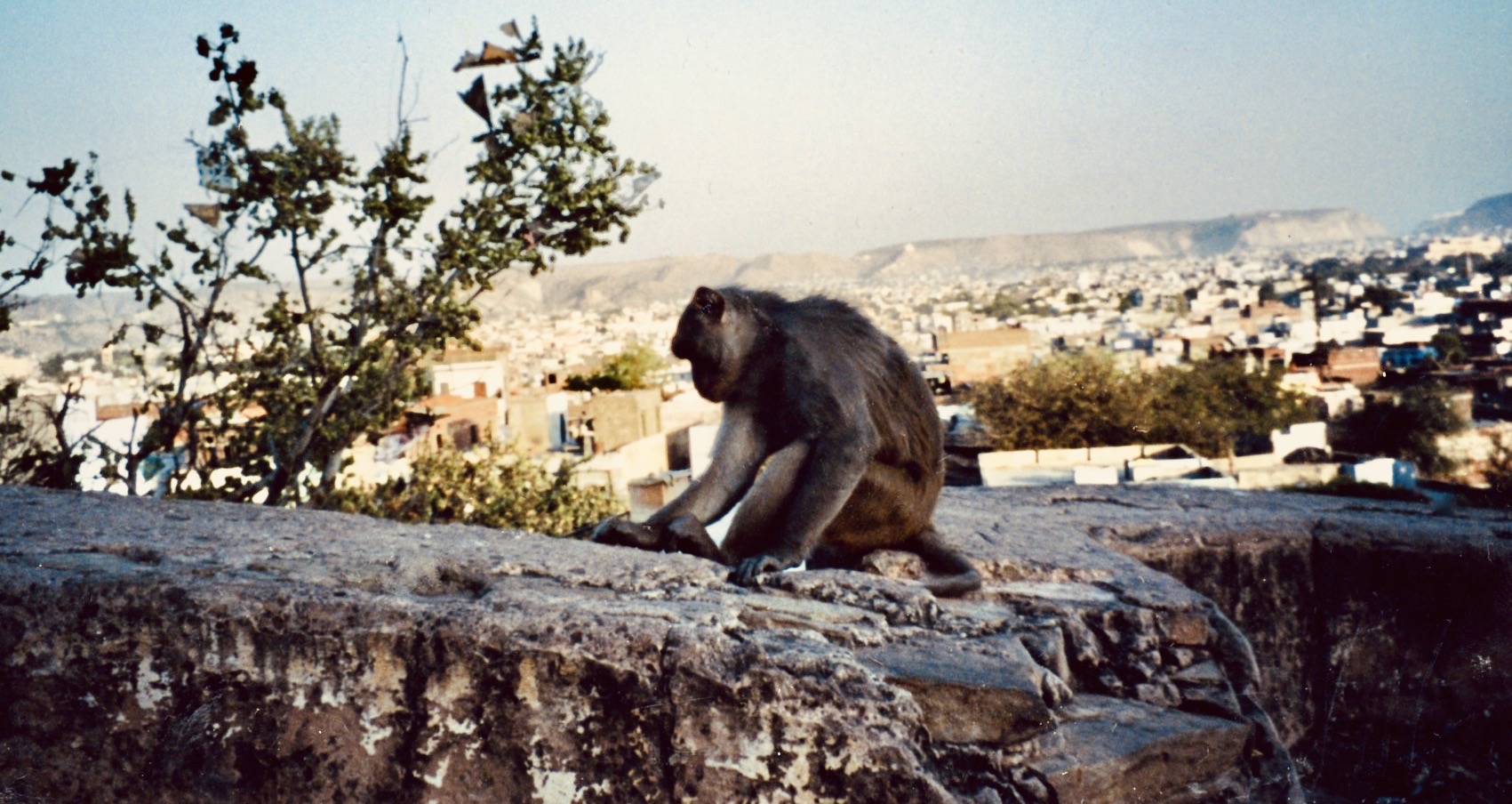 Furthermore, upon reaching the top, Jaipur had one last nasty surprise for us. Yes, the fort was closed. Having read a bit of its history, we’d been looking forward to exploring it. Maharaja Sawai Jai Singh II constructed the fort in 1734 as a lofty retreat from which he could rest and hunt. It was also the place he and his family could escape to in case of an invasion. Luckily for him, and indeed the people of Jaipur, the fortress never actually came under attack.

Taking this latest Jaipur disappointment firmly on the chin, we decided to relax atop the hill for a while. Just to get our breath back and drink in the views. It was a hazy day, but you could still see for miles, the entire city and its extensive suburbs stretched out before us. 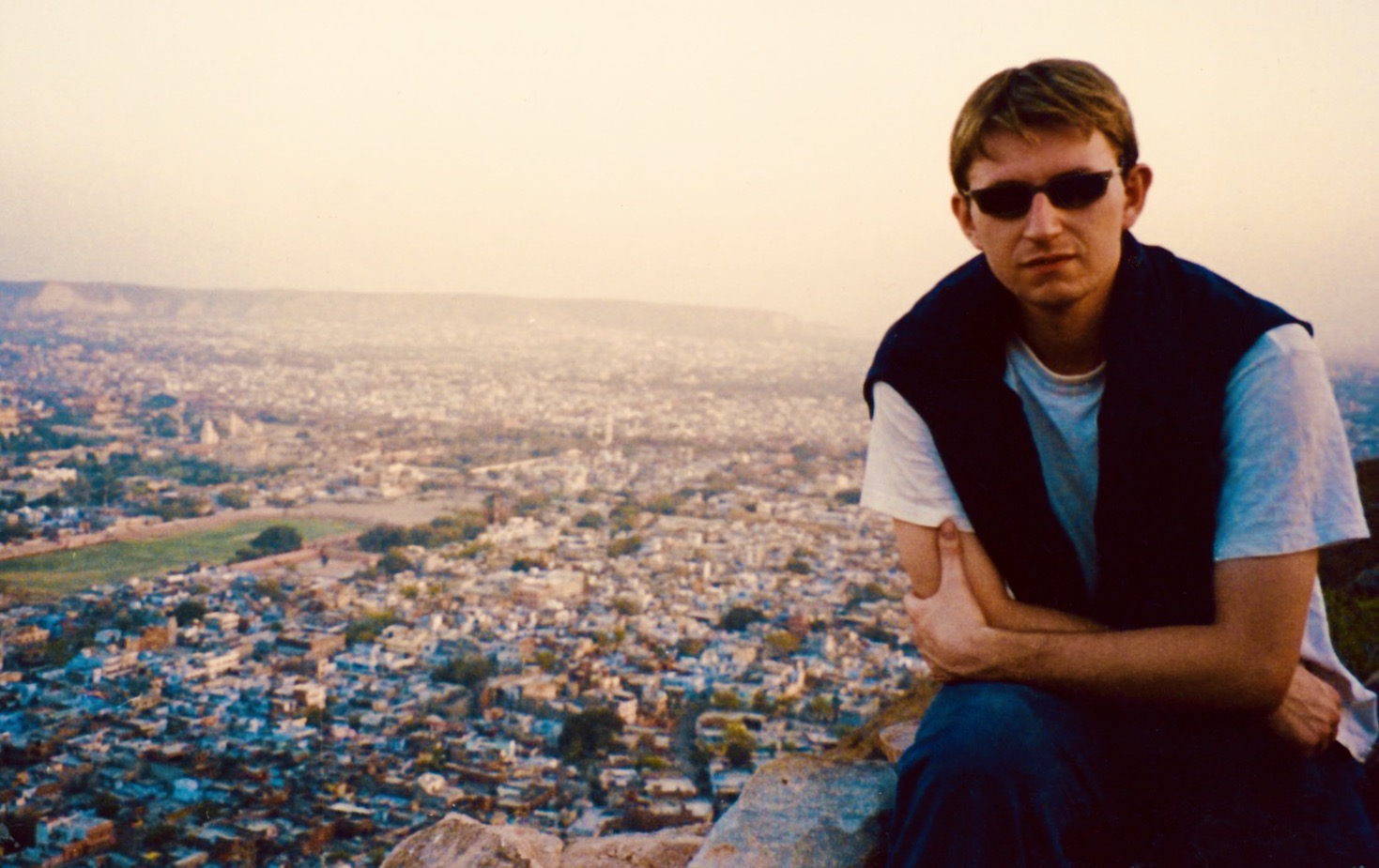 This was my favourite moment of our Jaipur ordeal. Certainly the calmest by a country mile. Amusingly, I remember being grumpy even in that moment, declaring that heck, Jaipur wasn’t even pink! At least not for us. Looking back, I think we should have stayed longer and tried to explore deeper. But I was young… restless… impatient… and keen to get to the spectacular desert city of Jaisalmer.

Check out more of my travel reports from across India.

For a deeper look at my time in the country, have a read of my short story collection Incidents In India.

Fear and Loathing in Jaipur, a short story from India.