I don’t remember anyone asking if I wanted to be a Queens Park Rangers fan. Nor do I recall making any kind of decision, it was just inherently understood. Like my parents I was born in Hammersmith, West London. Just around the corner from the hallowed turf of Loftus Road, QPR’s magical little stadium. What I do remember is being schooled in the subjects of Givens, Bowles, Marsh and Clement. At Christmases and birthdays, there was always the latest QPR shirt. I ended up owning a long line of resplendent blue and white hooped jerseys that I wore with pride: Brooks – Holland Fly Km – Classic FM – CSF – Compaq and Ericsson. Scattered around my bedroom were other treasures too, such as the QPR themed mirror I eventually donated to my brother when I left home. 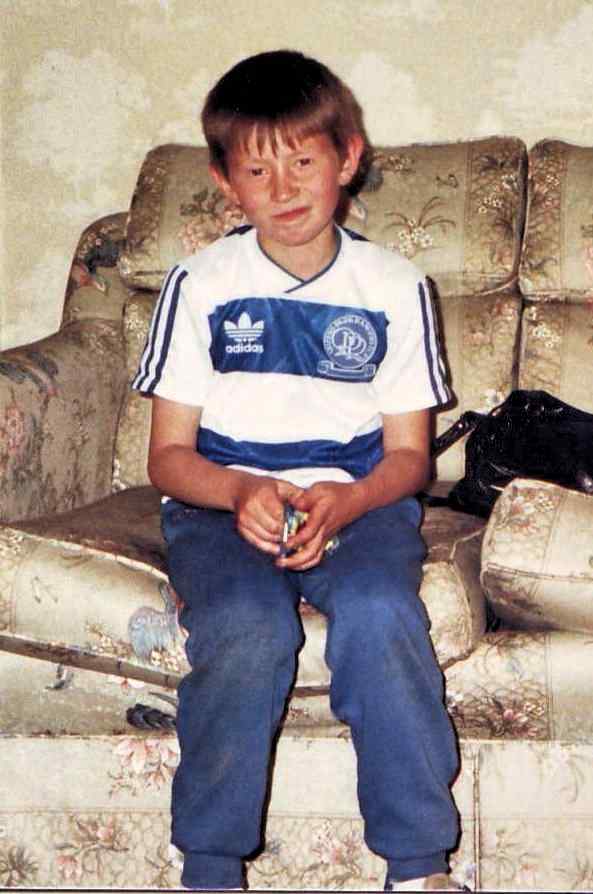 I’d follow QPR’s games on the radio and via the BBC’s brilliantly prehistoric Ceefax service. Literally staring at a dormant screen until the zero changed to one, usually in favour of the other team. Saturday nights were dedicated to BBC1’s flagship TV program Match of The Day, while once in a blue moon a game involving QPR would be broadcast live. On these rare occasions we invariably lost. 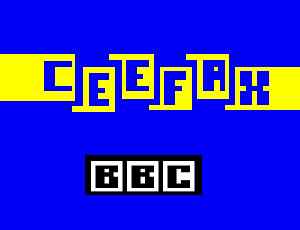 My first live game came in the mid-1980s. It was my dad and I and The R’s were at home to West Ham. The match itself was nothing to shout about, as we lost 1-0. And yet I was immediately hooked, the pre-match buildup reeling me in as much as the actual football. I’m talking Pie, mash and liquor at A. Cooke’s in Shepherds Bush and swarms of blue and white bodies pouring out of the underground at White City. Ever hopeful, my dad and I would loiter by the players’ entrance in the hope of catching a glimpse of a current or former star. I can still hear the clank of the turnstiles, taste the muddy 50p coffee and smell the foulness of the toilets.

“His name is Kevin Gallen, he wears a magic hat!”

Cooke’s Pie & Mash, a cherished and much missed pre-match tradition.

After that first game I learned the names of all the players, bought the annual Panini albums and collected the associated stickers. Furthermore, a few friends and I used to re-enact matches in their back garden, commentating and performing crowd chants as we played. ‘‘Sinton crosses… Wegerle hits it on the volley…. it’s in!!! QPR have won it !!!” Our wild celebrations interrupted by the call for dinner.

I still get an immense buzz coming out of White City tube station on match days.

I got an incredible amount of stick at school. All the cool kids supported Manchester United, Arsenal and Liverpool. ‘‘QPR ha ha!’’ they’d say. ‘‘Queens Park Strangers!’’ ‘‘Queers Park Rangers!’’ ‘‘What’s the difference between QPR and a fork? A fork’s got more points!’’ But I never once wished I supported the kind of team that won titles and got to play in Europe. Rather, I was just proud and fascinated by how my team consistently punched above its weight to maintain its top flight status. 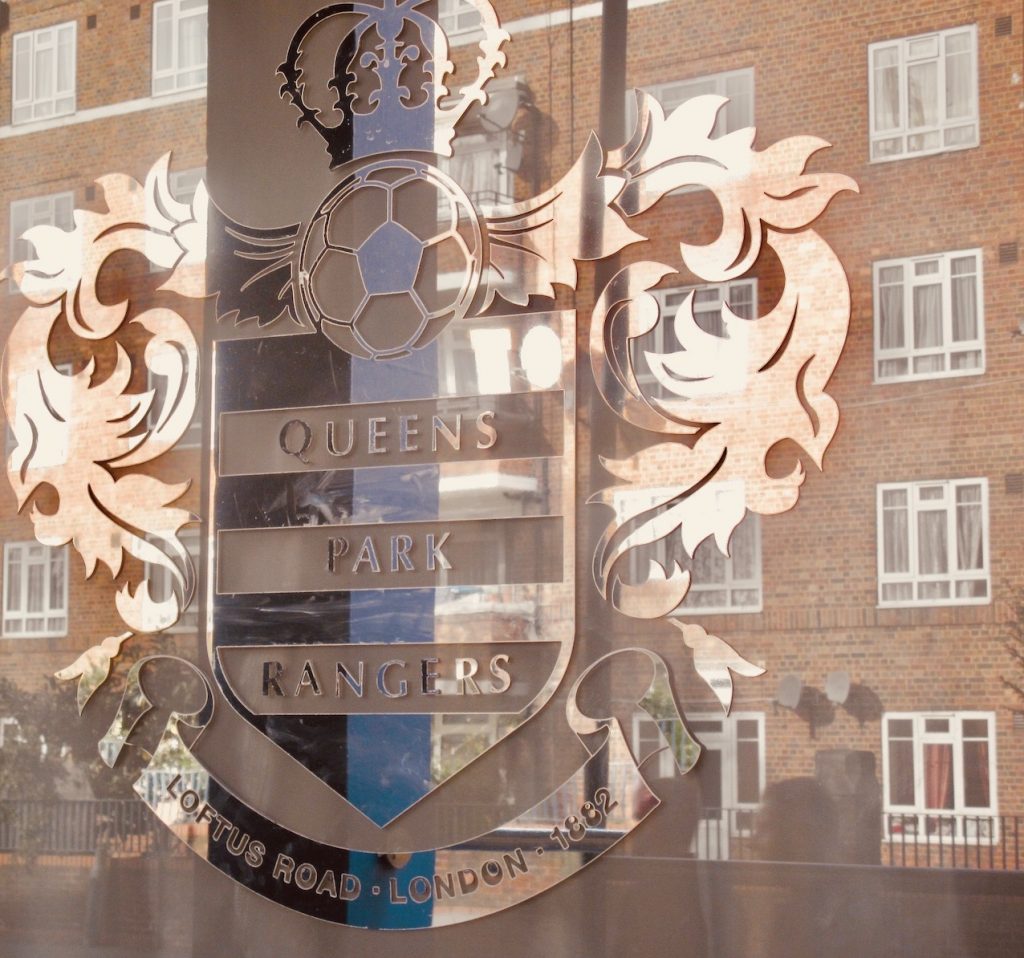 Every now and then we pulled off an amazing result that had me up on cloud nine. That made all the suffering through the hard times worth it. I was in the stands when we obliterated hated rivals Chelsea 6-0 in March 1986. Watching on TV as we mauled Man United 4-1 on New Year’s Day 1992. The next morning at school, the cocky London-born United-supporting twat wouldn’t even make eye contact with me. Which only served to make the victory all the more sweeter.

The secrets to QPR’s prolonged success were cheap savvy signings from the lower leagues and producing our own players, many of whom went on to become big stars. Les Ferdinand, Andy Sinton, Alan McDonald and Paul Parker. Kevin Gallen, Trevor Sinclair and Danny Dichio. In most cases they simply became too good and were sold off to the big boys. Really frustrating, but for many years this is how we ensured our very existence.

I was seventeen when the bubble burst and QPR found themselves relegated from the Premier League. We needed to win our last game of the season to have any chance of staying up. We did it too, comfortably despatching West Ham 3-0! However, other results went against us that day, leaving us screwed. I remember pacing back and forth across my bedroom in a state of shock. How could this have happened? Where would we go from here?

The following years were rough. We stagnated on the pitch, while off it we’d gotten ourselves into a financial mess that hung over the club like a hangman’s noose. Still I never missed a kick, listening to every single match no matter what far-flung locale I found myself in. In May 1999 my dad and I drove down from Scotland to see a crunch match against Crystal Palace. It was a game we needed to win to avoid another relegation.

Thankfully we prevailed in style, coming out 6-0 winners. At the final whistle everyone flooded onto the pitch on a wave of high emotion. My defining memory is of then manager Gerry Francis being hoisted up into the air, surfing gleefully on the hands of the fans. Later on he climbed into the stands and threw his shirt down to the partying masses below. I remember my dad and I watching it all and exchanging Is this really happening? looks.

I’ll never forget listening to us getting beaten by Vauxhall Motors in the first round of the F.A. Cup. Prior to the game I’d never even heard of our opposition. It was November 2002 and I was huddled over a crappy old computer in the teacher’s room of the school I worked at in Bratislava. I remember thinking This is as bad as it gets, completely oblivious to the greater horrors that lay ahead.

A pre-match interview with yours truly, 2008.

I was leeching off some free Wi-Fi in Yantai, China for the opening game of the 2009/10 season. It was Blackpool at home and I’d persuaded my less-than-impressed wife to cut short a night out in order to get back to our hostel and tune in. The game was dreadful, but it was all worth it when Peter Ramage struck an 86th minute equaliser to save QPR’s blushes. Forgetting that I had my headphones on, I celebrated noisily, scaring the shit out of the hostel receptionist who had been enjoying a nap. In fact, I clearly remember her glaring at me as I mumbled my apologies and skulked off to bed.

By 2010 I was finally settled in The Netherlands and able to get to more games. A particularly memorable visit took place in March 2011 for another home match against Crystal Palace. This time we were top of The Championship, flying high and on course for a long-awaited return to The Premier League. Flying to London from Amsterdam, I met up with my dad and younger brother, who’d driven down from Scotland.

What followed was an absolutely fantastic afternoon that ranks right up there with my best Loftus Road visits. First there was a behind-the-scenes stadium tour, then photographs with numerous players and manager Neil Warnock. Moreover, the team put in a solid performance to win 2-1, with both goals coming from workhorse striker Heidar Helguson. It was such a perfect day I ended up writing an article about it for my monthly contribution to the QPR fanzine A Kick Up The R’s.

A few months later I was lucky enough to come across another QPR fan exiled in The Netherlands. Neil Rowlands and I hit it off straight away and over the next couple of years we embarked on numerous road trips to London. This involved 6am starts from Amsterdam and driving onto the Eurostar at Calais. Then came the obligatory pre-match beer at The Springbok (Now The Queens Tavern) outside the ground.

The pub formerly known as The Springbok.

I’d always smirk to myself each time I passed Batman Close, before indulging in a greasetastic portion of sausage and chips at Ocean Billy’s, now an Indian curry joint. And we’d nearly always have a wander around the ironically titled QPR Superstore. Together Neil and I never saw QPR lose, our trips including a 3-1 victory against Sunderland and 1-0 wins over Chelsea and Tottenham.

Since my Amsterdam days I’ve lived in China, Cambodia, Spain and back to China again. Happily, thanks to modern technology, I have no problem keeping my finger on the button. I’ve got live streams, Facebook, Twitter and Reddit, along with the indispensable qpr.co.uk and The QPR Podcast. And even then my brother often beats them all to be the first to deliver a piece of QPR news via Facebook Messenger.

A surprise gift from one of my students in Beijing, who’d got it off Taobao, China’s version of Amazon.

Every football team has its ups and downs. But I believe few clubs can rival the utter madness of QPR. We’ve had plastic pitches, relegations and promotions. We’ve gone from rags to riches and back to rags again. The club has been charged with an illegal transfer and suffered the indignity of an egomaniac owner. Homegrown heroes have come and gone, in addition to overpaid scumbag mercenaries and a merry-go-round of managers. Who could have predicted guns in the boardroom? Or a massive on-pitch brawl during a friendly against China? Say what you like about this football club, but it’s certainly never been boring.

There are lots of people who don’t get football. Each to their own I suppose and I can only attempt to explain what being a QPR fan means to me. It’s not just a bunch of guys kicking a ball around, it’s an intrinsic part of who I am and where I’m from. The club’s recent history is intertwined with my own, playing out alongside my childhood and teens. Then serving as an audio-visual memory bank to my explorations around the world. Whenever I come back to London to catch a game in between my stints living abroad, I always feel like I’ve come home.

Much like music, film, literature and travel, I know QPR will always be a huge part of my life, my daily routine. I might not have the latest jersey anymore and I’ll never get the tattoo. But as the old motto goes it’s definitely a case of ‘‘QPR till I die’’.

Like this? Check out my travel report from Queens Park Rangers Football Club.

For more on my work as a travel blogger, why not dive into my massive library of travel reports from across the world.

To get a more personal overview of my life travel adventures, check out my short stories.