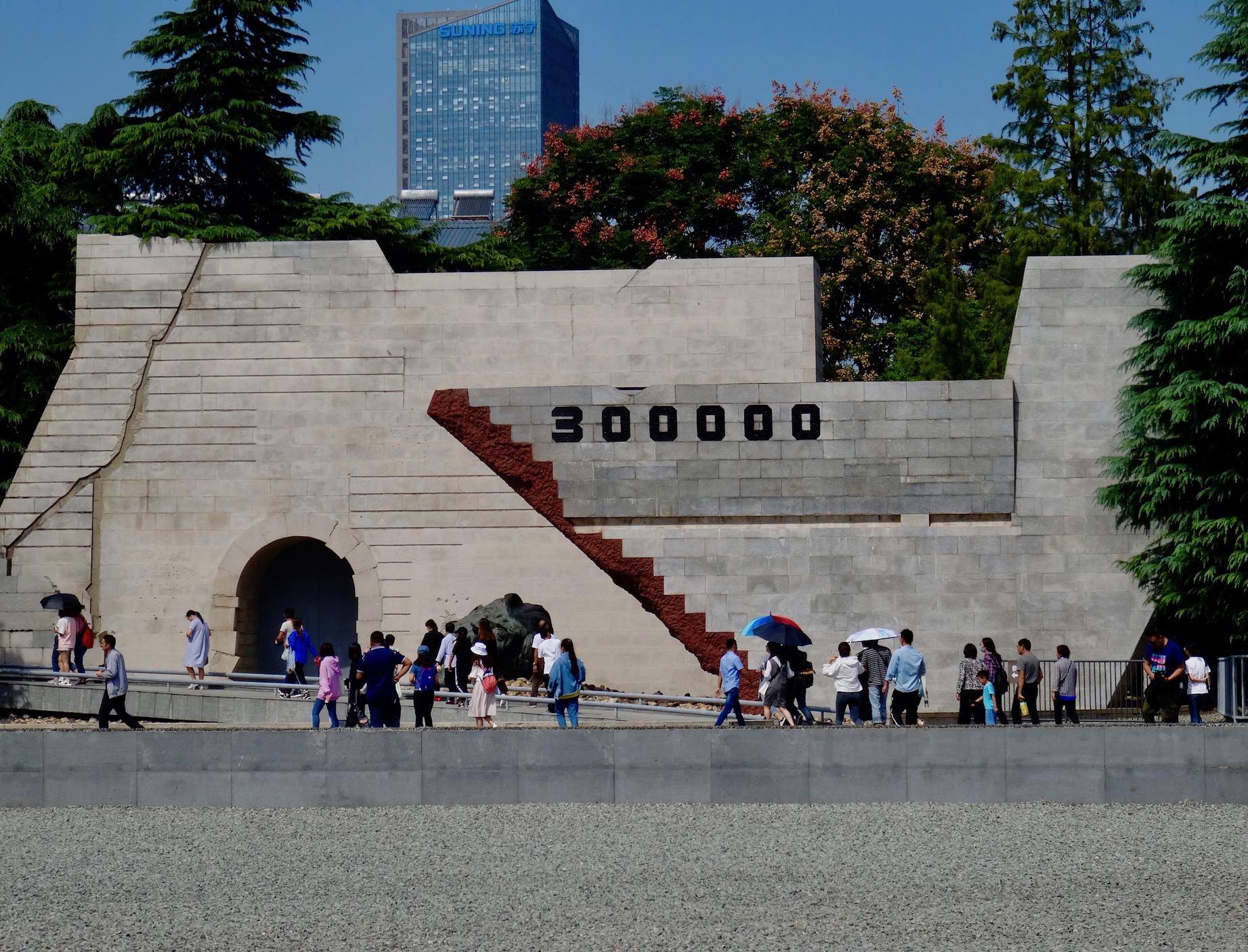 Want to get the full story? Go right back to the beginning with my article:

October 2018. It felt a bit like coming up for air after being trapped underwater as I exited the interior of Nanjing Massacre Memorial China. Finally the darkness of the main museum gave way to a beautiful sculpture park. It felt good to be out in the delicious daylight, with its open spaces and a renewed sense of hope. One of the first things you’ll see is this old wall sculpture, Catastrophe of the Ancient City.

October 2018. This towering stone cross marks the start and end of the massacre, while the neighbouring wall reinforces the three hundred thousand figure. According to the Chinese government, this is the estimated number of people who died at the hands of the Japanese.

October 2018. This is the Pathway of Historical Witnesses. It’s a 40 meter copper passageway featuring footprints from 222 witnesses and survivors of the massacre.

October 2018. The park’s focal point is the amazing Nanjing Massacre Memorial Wall, yet another sobering depiction of the people’s great suffering.

October 2018. Moreover, a separate Remembrance Wall features victims’ engraved names. There are also a few memorial stones highlighting specific stories. One of these tells the tale of a group of fifty thousand refugees. They attempted to flee the city by heading out to Swallow Cliff by the Yangtze River. From there the plan was to board a boat and make their way up north. However, they soon realised that Japanese ships had blocked any passage out. As a result, all fifty thousand got wiped out by heavy machine gun fire.

October 2018. A stroll through the park ends in a walk down Peace Square, with its Garden Of Purple Grass and Japanese Friends Tree Plantation. Heading for the exit, I felt a sudden wave of gratefulness just to be alive. Furthermore, I felt especially lucky to have grown up in a time and place free from oppression and brutality.

October 2018. Maybe this sounds a little cheesy. However, I challenge anyone to come here, see the things I saw and not feel the same way. Nanjing Massacre Memorial is open daily (except Mondays) from 08:30-16:30 and is free to enter. Bring your ID!

Like these? Check out my many other pieces from around Nanjing.

Wanna delve further afield? Why not tap into my stacks of articles from across China.