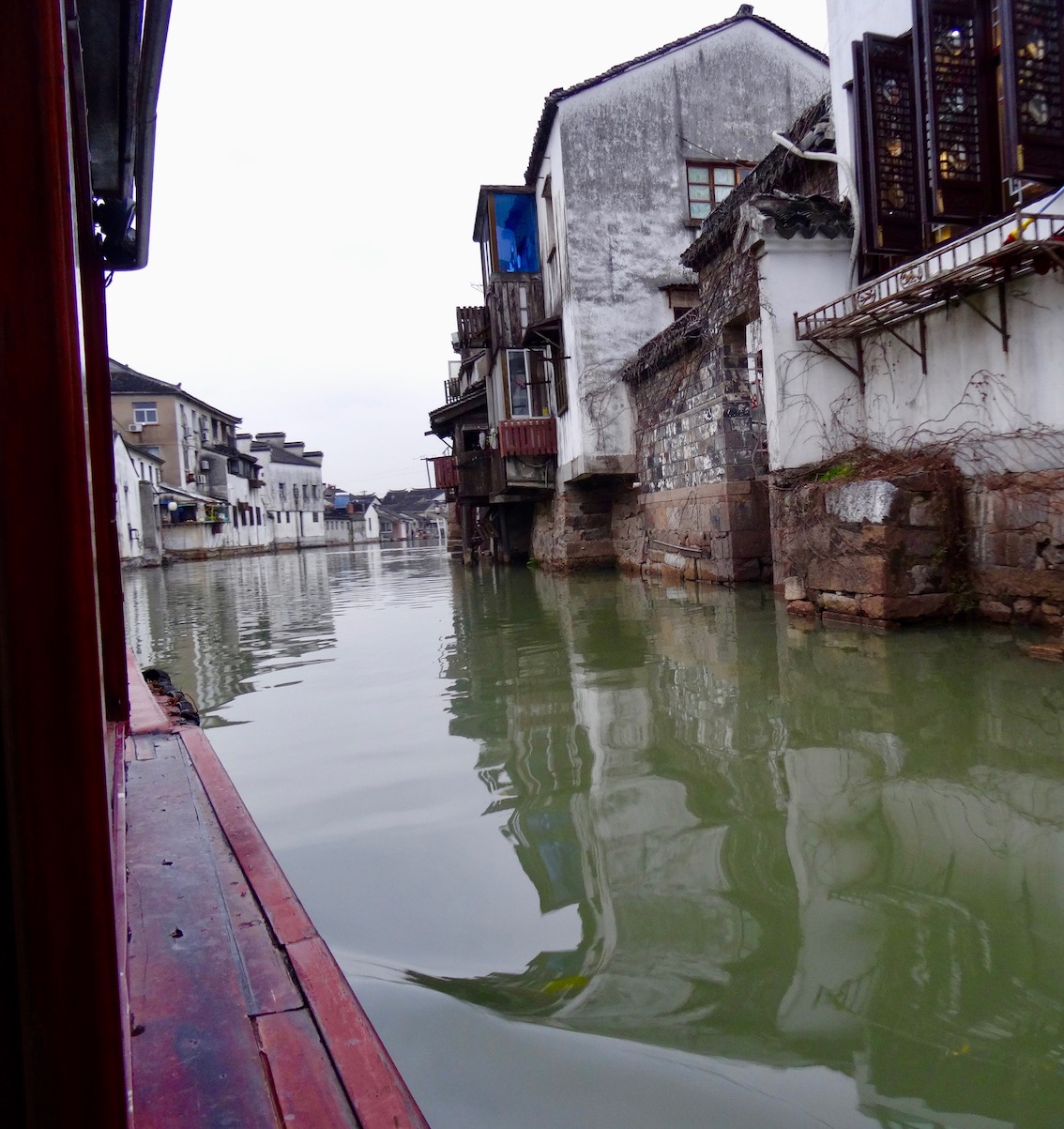 December 2018. If you’re looking to do a canal cruise in Suzhou there are an abundance of routes and operators to choose from. During the summertime you better book in advance, as the canals here get bombarded and queues snake down the street as far as the eye can see. Luckily I was spared all of that. After all, my Suzhou visit came over Christmas when grey skies and the biting cold didn’t exactly inspire people to get out onto the water.

December 2018. Cruises from the Shantang Street pier leave every twenty minutes… or so they say. However, with only three people on the entire boat, our captain made us hang about for a while to try and squeeze in a few more customers. Finally, it was clear that nobody else was up for it. Hence our captain fired up the engine and off we chugged down the Shantang River past a series of crumbly old townhouses.

December 2018. Suzhou’s network of pretty waterways form what is possibly the most beautiful section of China’s Grand Canal. This is the longest and not to mention oldest canal in the world. It runs a staggering 1,776 kilometres from Beijing in the north through five provinces to the city of Hangzhou in the south.

December 2018. Despite the dreary weather conditions, I think a winter cruise is probably far better than a summer experience. The canals looked wonderfully spectral that day and, moreover, I had the boat more or less to myself. This somewhat eerie tunnel served as a slideshow of Suzhou’s most famed attractions.

December 2018. At a brisk half an hour, I took one of the shortest canal cruises available. There are also 1 hour city routes and 2-3 hour expeditions and day cruises on larger vessels. Some of these even have dinner and entertainment thrown in. To see what the more reputable, high end companies offer, take a look at Viator and Top China Travel. It’s even possible to cruise between cities, check out Travel China Guide for more on that. Otherwise, just wander the streets and grab a boat that takes your fancy.

You can read more about this cool city with my travel guide to Suzhou, or maybe delve further afield with my stacks of reports from across China.