July 2002. I was never supposed to end up solo in Copenhagen. There should have been a girl with me, but as is so often the case it didn’t work out and I ended up making the trip alone. At any rate it wasn’t long before another lady caught my eye. Sat atop a cluster of rocks just off the footpath of Langelinje Pier, this famous bronze statue, inspired by the beloved Hans Christian Andersen character, was unveiled to the city in August 1913. It was a gift from the Danish brewer Carl Jacobsen and today visitors are often surprised to see just how small the statue really is. Ok, I get that it’s the “Little” Mermaid, but come on! To add insult to injury, she turned out to be another woman unwilling to give me the time of day. In fact, this girl wouldn’t even look at me! 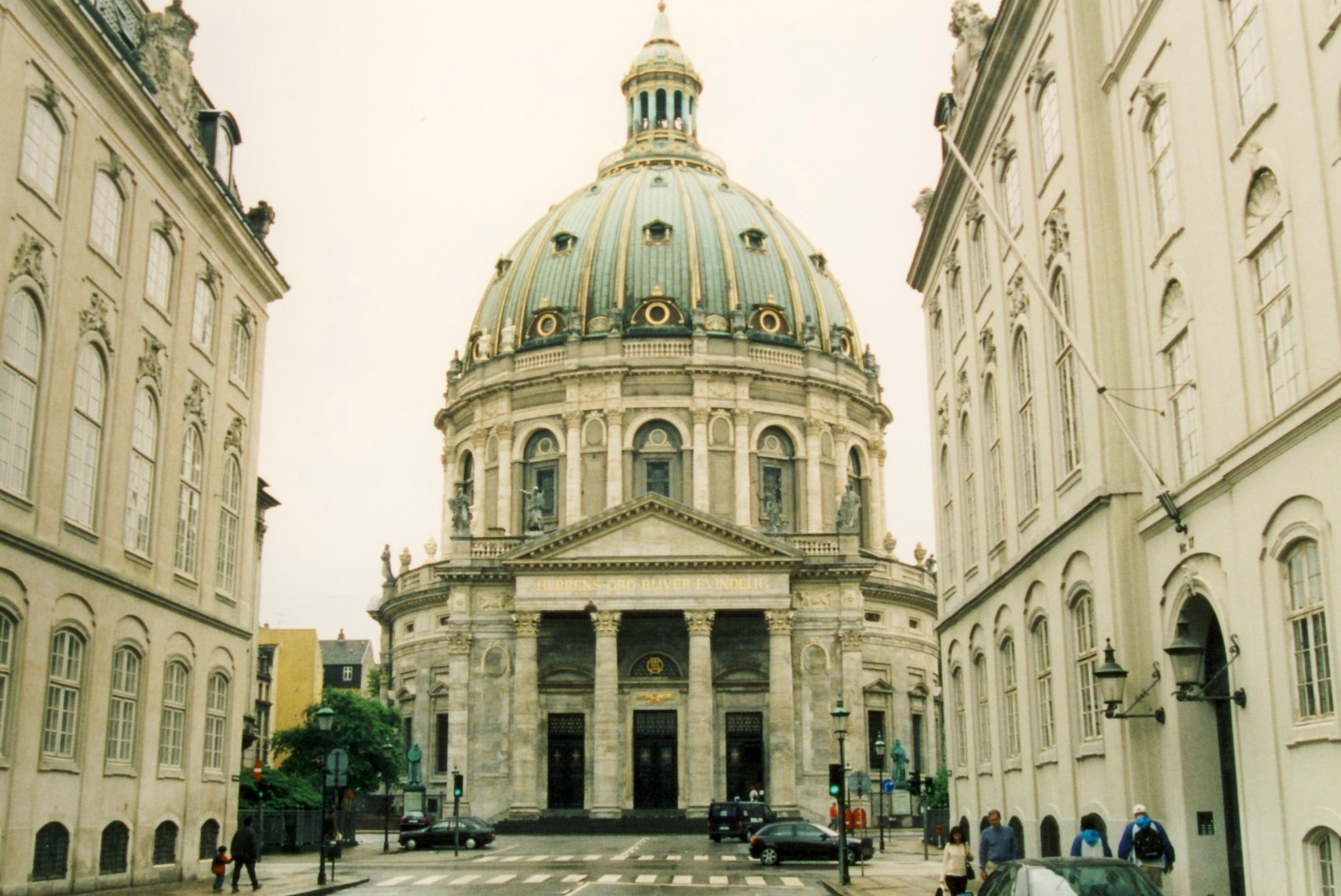 July 2002. Writing up some of my really old travel reports is hard. In fact, I was half thinking of scrapping this one as a) I barely have a dozen photos to rub together and b) what I do have are among the crappiest shots of my entire twenty year library. But leaving Copenhagen out of my online files would be like hiding a key corner of my early narrative. And as someone who’s resolved to put it all out there, I don’t wanna do that. Poor little old me was just twenty two years old on that first visit to Copenhagen and… god bless my innocent heart… I thought I was heartbroken. So I spent the majority of my time moping around the city streets failing to fully appreciate where I was. A bit of research quickly told me that the above photo is of Frederik’s Church, AKA The Marble Church, but I wouldn’t have known it at the time. I swear those eyes lining the base of its distinctive copper green dome were watching me! 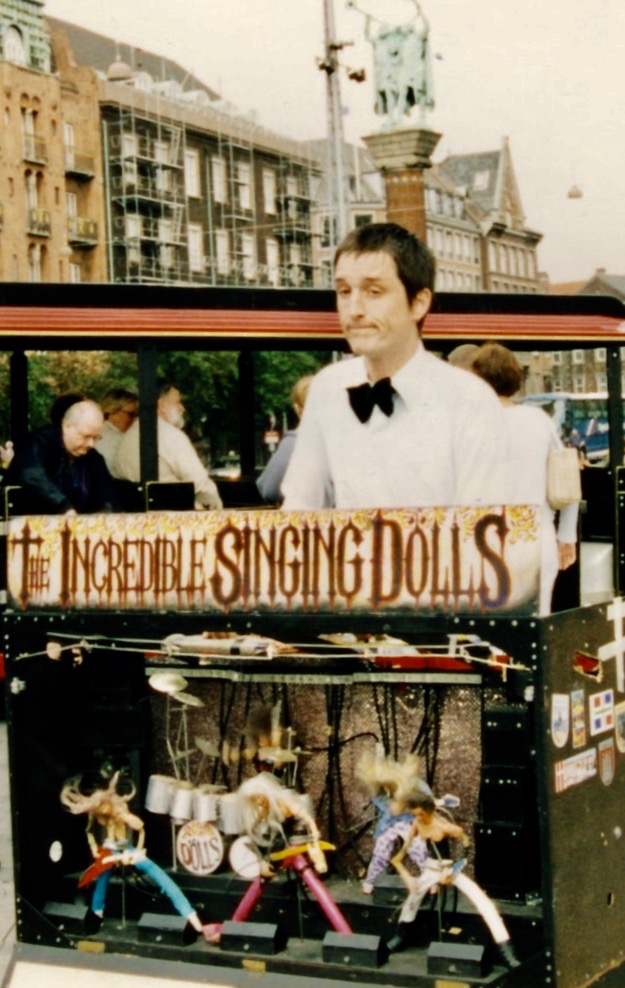 July 2002. So much history, so many incredible museums, churches and historical buildings and yet somehow I thought to stop and take a photo of this amusing dude showcasing his Incredible Singing Dolls on Amanger Square. The dolls in question were head banging to some serious heavy metal (it may have been Megadeth) and the operator was so deadpan it only added to the hilarity.

The entrance to Freetown Christiana, Copenhagen.

July 2002. In all my years travelling the globe, I have never seen anything quite like the so-called free state of Christiana. In my ignorance, I hadn’t even been aware of its existence until a hostel dorm mate insisted we go check it out. Freetown Christiana was established in 1971 by a group of hippies keen to hold on to the abandoned military barracks they’d been sleeping in. Gradually, there followed a steady increase of new residents, the area eventually evolving into a tight-knit community that declared themselves independent from the rest of the country. But instead of just stamping them into the ground, the Danish government decided to leave them be, treating the whole thing as a cautious experiment. 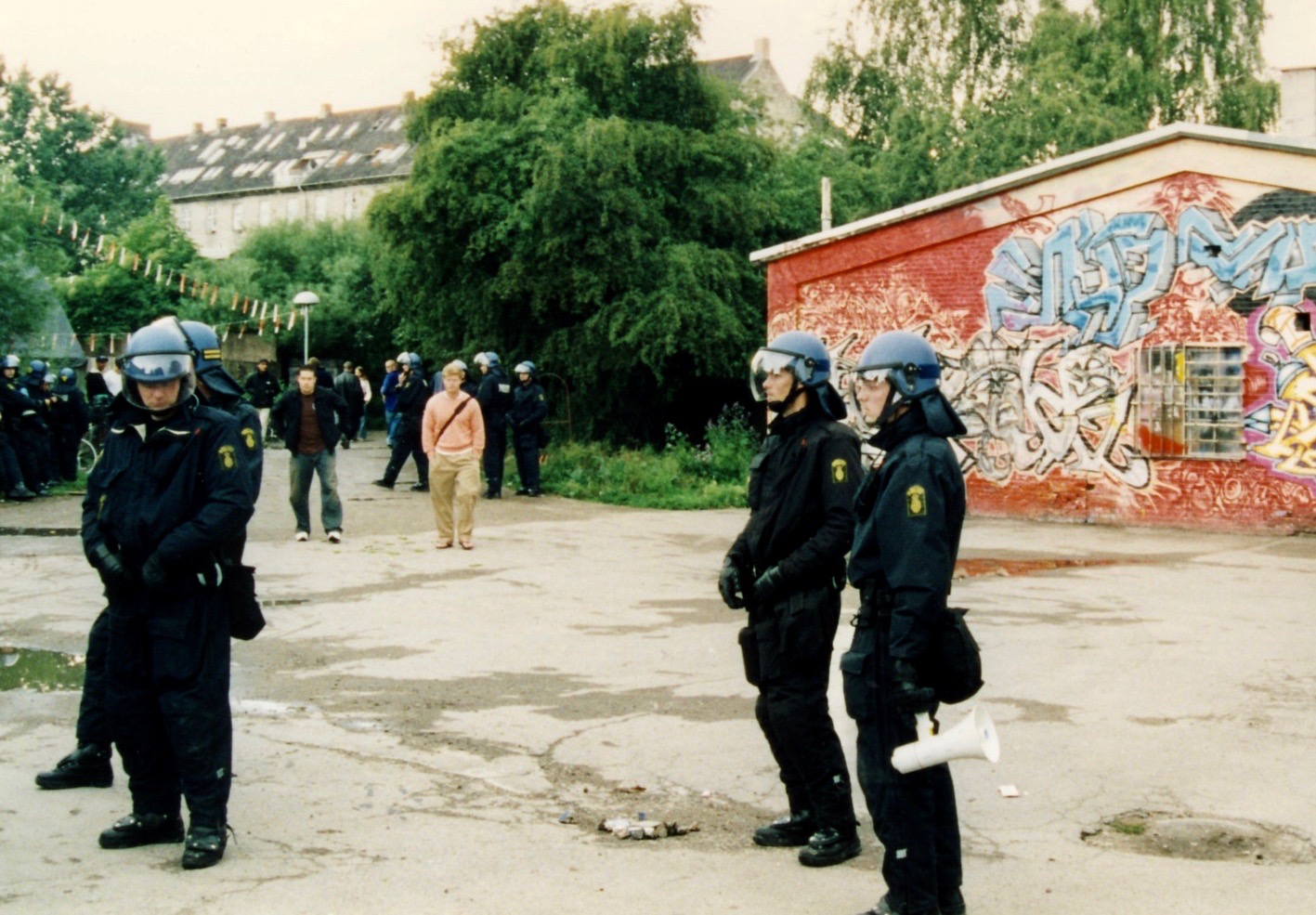 Not that the relationship between Freetown Christiana and the authorities has been a happy one. There would be raids from time to time (mostly to clear the place of hash) and these unwelcome interventions would often lead to violence. On the day I walked into Freetown Christiana the atmosphere was friendly and relaxed. A fascinating car-free zone of homemade houses, workshops, art galleries, organic stalls and cafes, I was really enjoying the experience until suddenly, out of nowhere, the chilled out vibe was shattered by the sound of police sirens, shouting voices and stomping boots. With people scarpering in all directions, I simply froze with no idea what to do. Within minutes the police had control of the place, forming a human barricade through Pusher Street and performing what looked like random raids in some of the homes. In total defiance of the no photography signs peppered around me, I managed to sneak my camera out of my coat pocket and grab a quick shot of the chaos.

July 2002. If there was an antithesis to my Freetown Christiana morning, then it had to be the couple of hours I spent at Tivoli, Copenhagen’s premier amusement park. Opening its doors in 1847, this wonderfully innocent and nostalgic place stands as the world’s second oldest theme park (number one is another Danish attraction, Dyrehavsbakken, just ten kilometres outside the city). Although not in much of a theme park mood that day, it was still fun to pass through, see some rides and treat myself to Smørrebrød, a traditional Danish dark rye bread topped with butter, cold cuts and cheese. 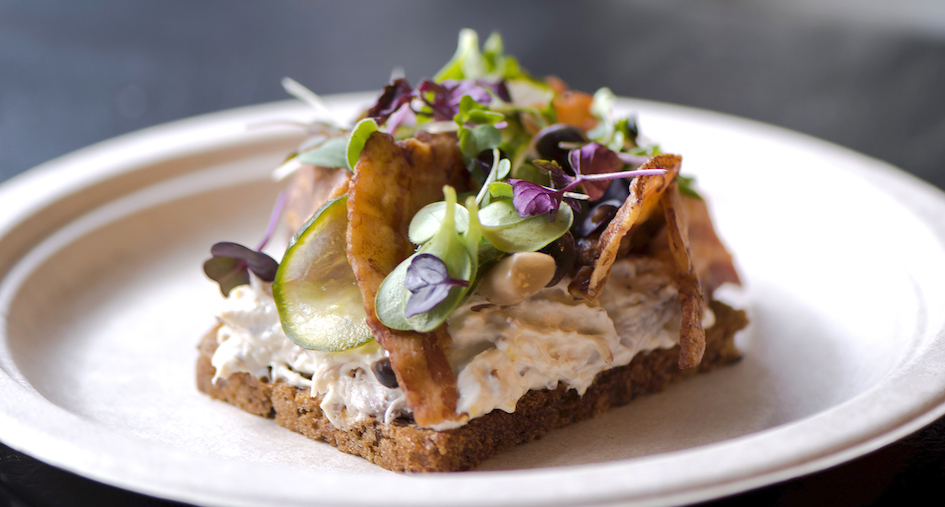 February 2005. I returned to Copenhagen for a second visit just a few years later for a winter perspective. Insanely, I’d come to visit the same girl as before and… lo and behold… things failed to work out again. Talk about a sucker for punishment! This time at least she was living in Copenhagen and I didn’t have to go exploring alone. Among the highlights of that second trip was a crisp, wintry walk around Frederiksberg Gardens, the 64-hectare expanse that surrounds Frederiksberg Palace. 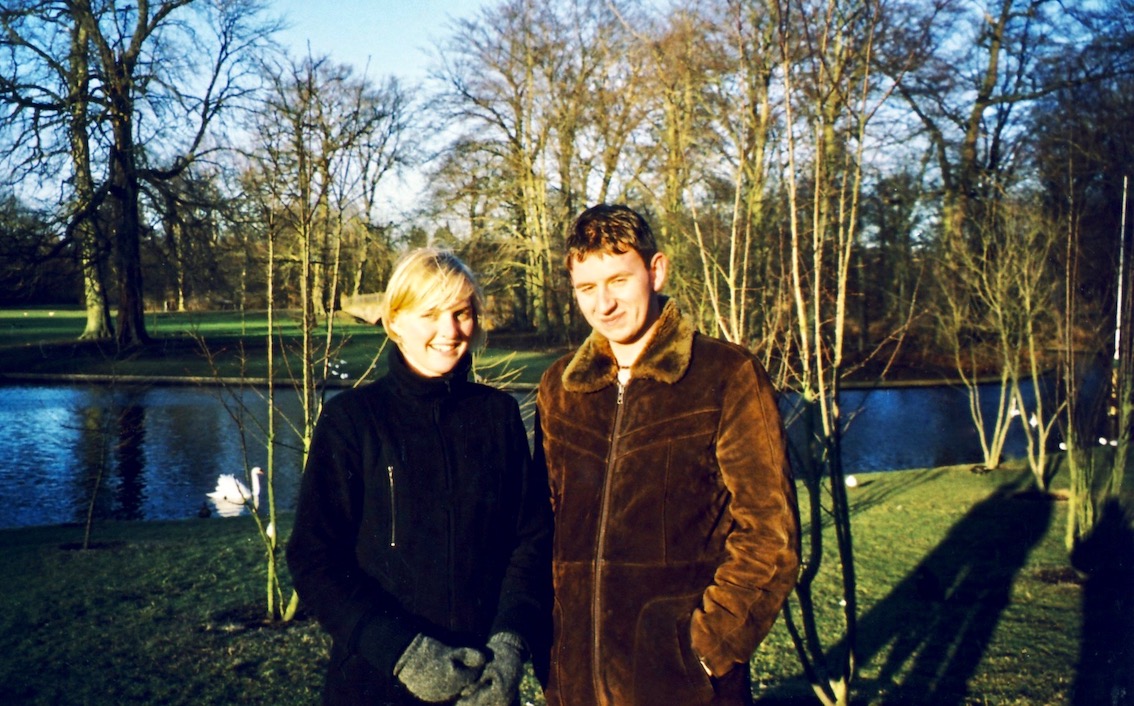 Frederiksberg Gardens date back to the 1690s when it was made part of the palace grounds for King Frederik VI. Despite being a royal park, by the early 1800s it had granted the general public access, though amusingly this did not include “sailors, dogs and people in poor clothing”. I’m not sure if I would have gotten in back then with the appalling coat I was wearing that day. 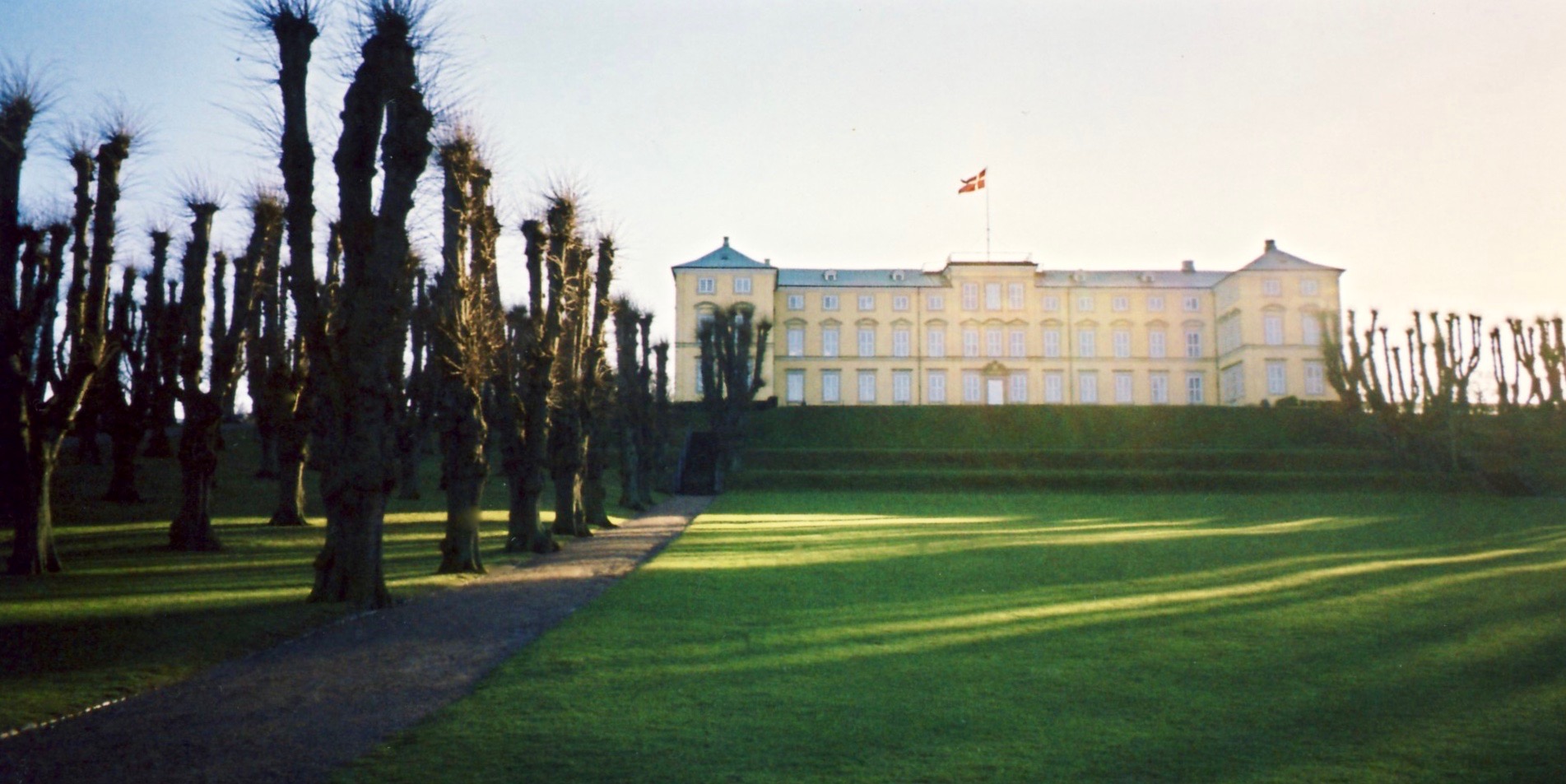 February 2005. There was a threatening atmosphere to the grey afternoon sky at Frederiksberg Gardens that afternoon, the ghostly linden trees seemingly protecting the palace like poised soldiers. “I hope you don’t feel like you wasted your time coming here,” said the girl and somehow her words seemed to fit perfectly. 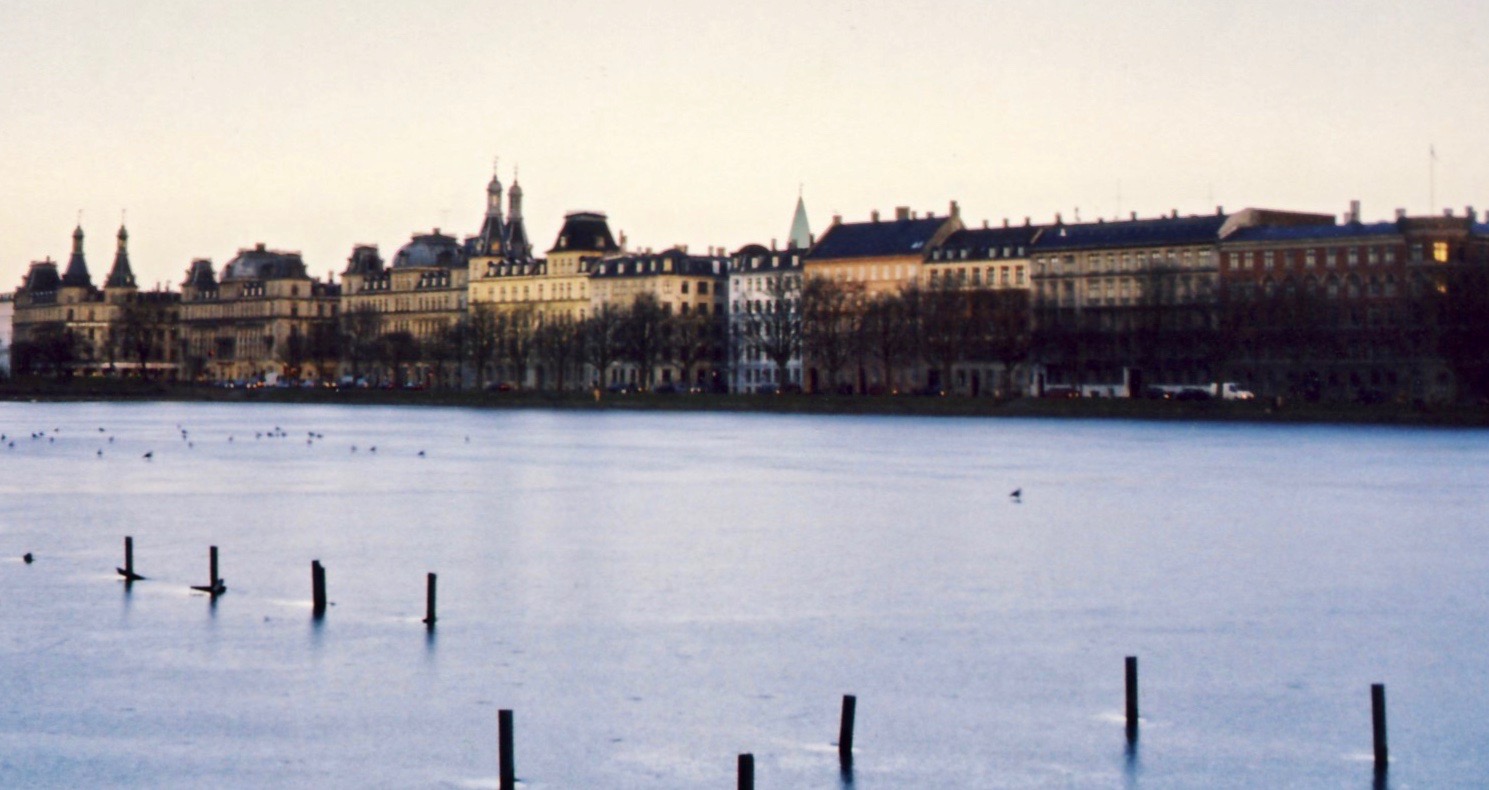 February 2005. The day before I left Copenhagen it snowed, so it was bitterly cold during our walk along Nyhavn waterfront. With very few people about, complimented by an eerie silence, the frozen canal and its framed townhouses looked like something out of a ghoulish painting. The girl and I didn’t speak much that night and instinctively I knew I would never see her again.