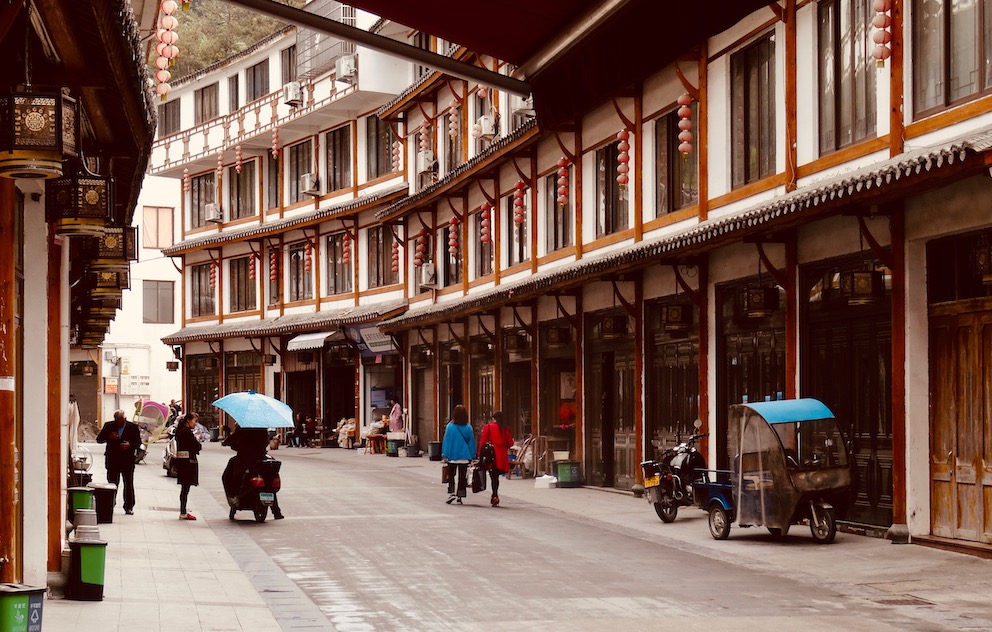 November 2017. I’m a huge fan of the Robert James Waller novel The Bridges of Madison County, not to mention the brilliant movie adaptation starring Clint Eastwood and Meryl Streep. Some years ago I was even lucky enough to spend a memorable day touring the actual bridges during my stay in Iowa, USA. So when I heard about a county in southeast China that was also home to a  number of ancient, covered wooden bridges, I naturally jumped at the chance to check them out. Taishun County is a remote, rural region of Zhejiang Province in southern China and my base for that trip was Sixi Town, a sleepy lakeside community with traditional architecture, crowing roosters and a dramatic backdrop of rolling mountains. 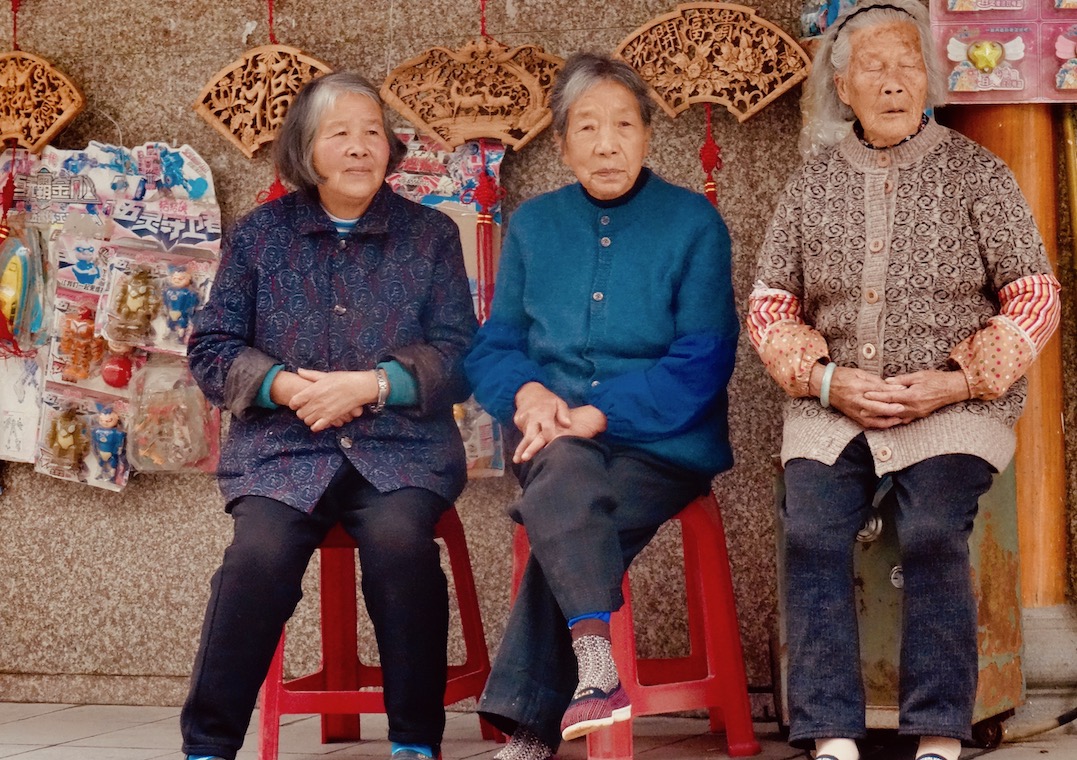 November 2017. Everything moves slowly in Sixi Town, a refreshing change from the honking, traffic-infested chaos of Rui’an where I live and work as an English teacher. The main street has a modest collection of shops, where the owners seem more interested in sleeping than selling. These women were running an arts and crafts store, but didn’t seem too bothered about the lack of customers. 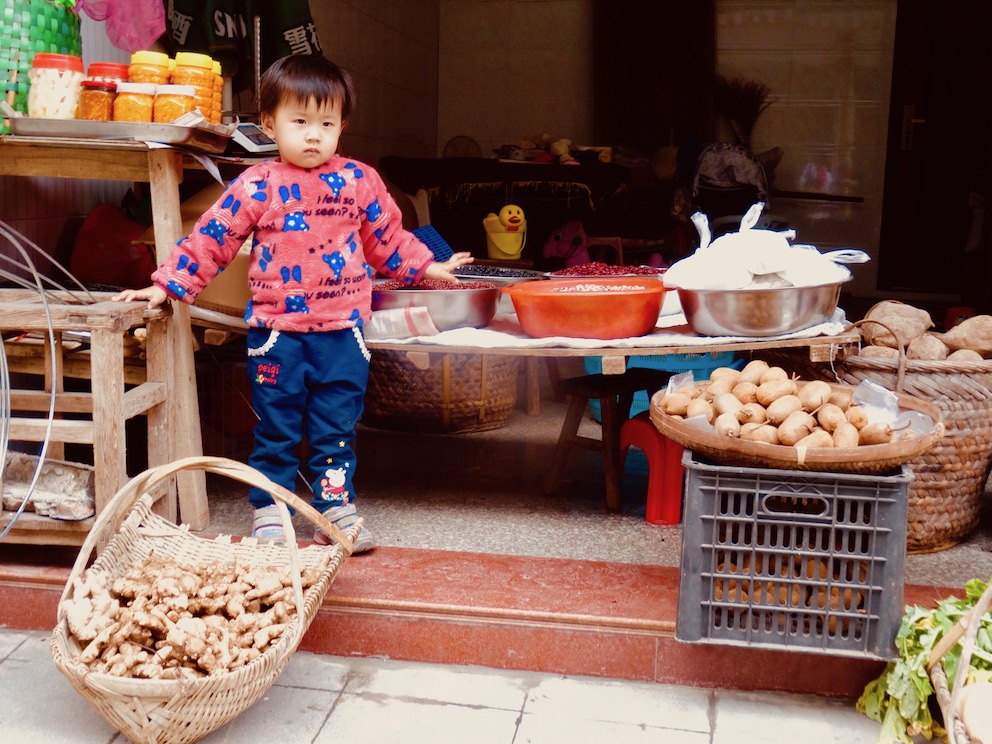 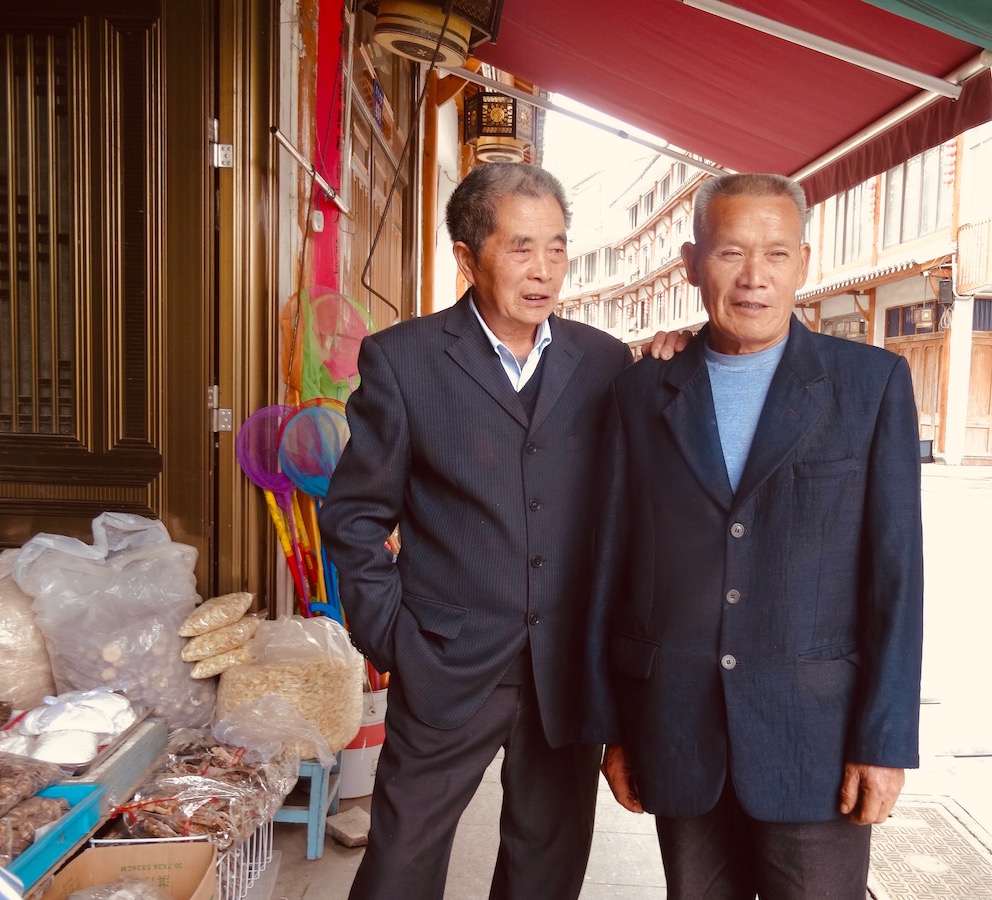 November 2017. These brothers run a general store on Sixi Town’s main street. They were incredibly friendly and even agreed to pose for this photo, so I picked up a packet of peanuts for their troubles. 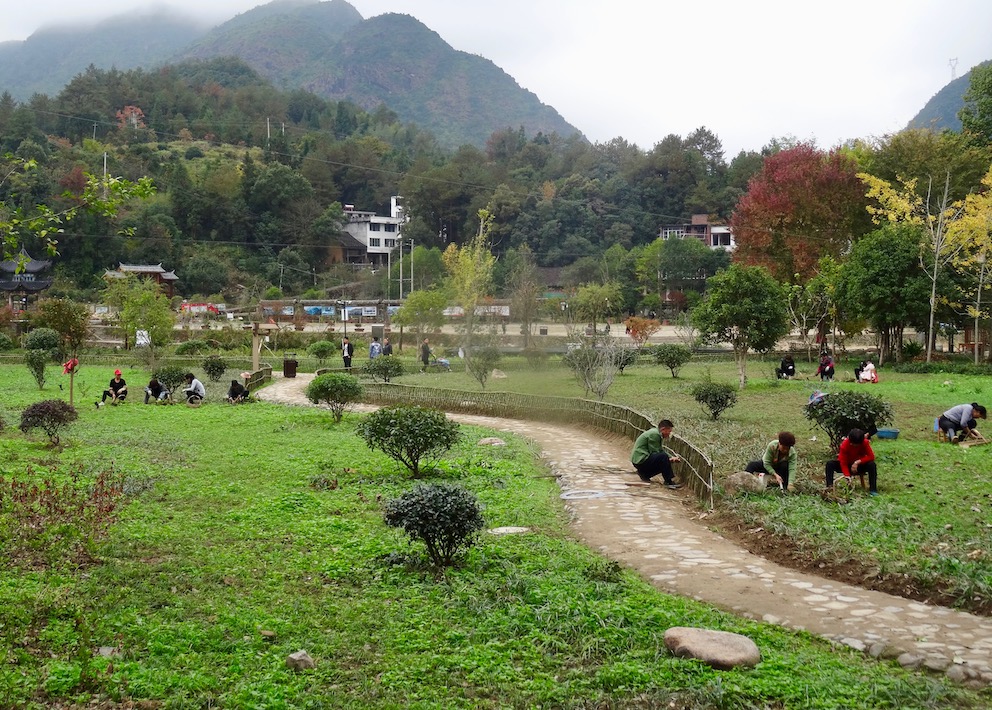 November 2017. Sixi Town’s small park is kept in shape by a team of dedicated locals. On that first day they were out in numbers cutting the grass, pulling up weeds, trimming trees and planting vegetables, while one old dude was patching up the bamboo fence that runs alongside the main path. 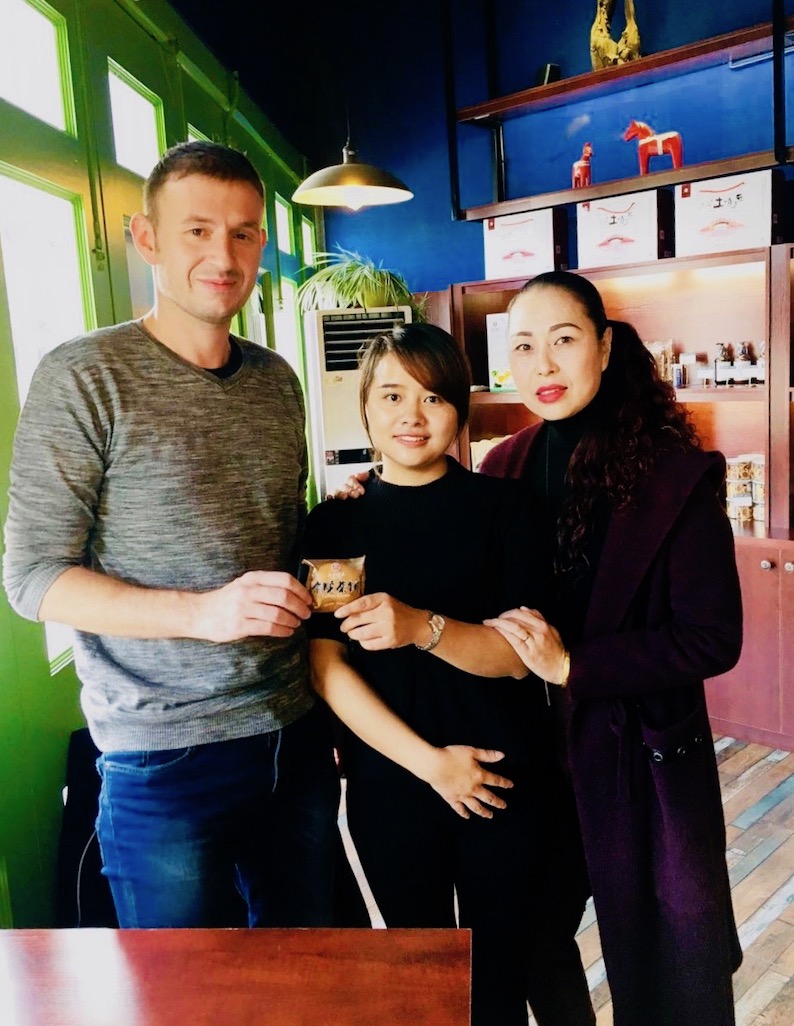 November 2017. Every morning, before heading off on our Taishun County adventures, Amy and I would grab breakfast at A Bite of Leaf Cafe just across from the park. It’s the only place in town where you can get a fresh cup of coffee, while they also sell Taishun Teacakes, a soft pastry with a sweet filling, usually red date. I love Taishun Teacakes and the cafe owners got so excited by my presence they asked to have their picture taken with me, along with one of their teacakes of course! Within minutes the photo had been shared on WeChat Moments, one of China’s biggest social media feeds. 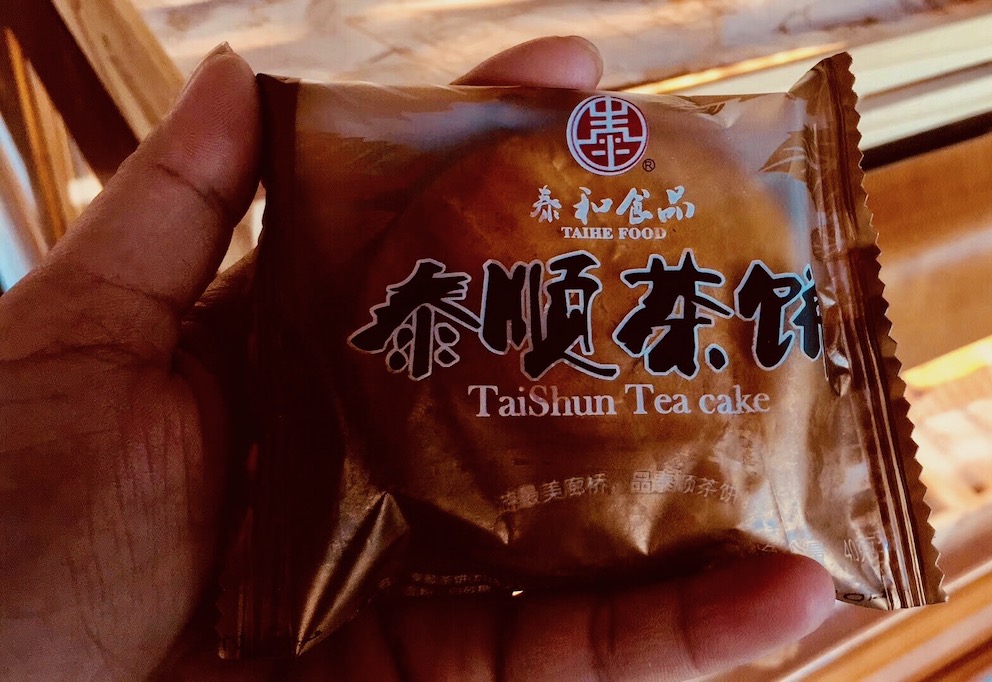 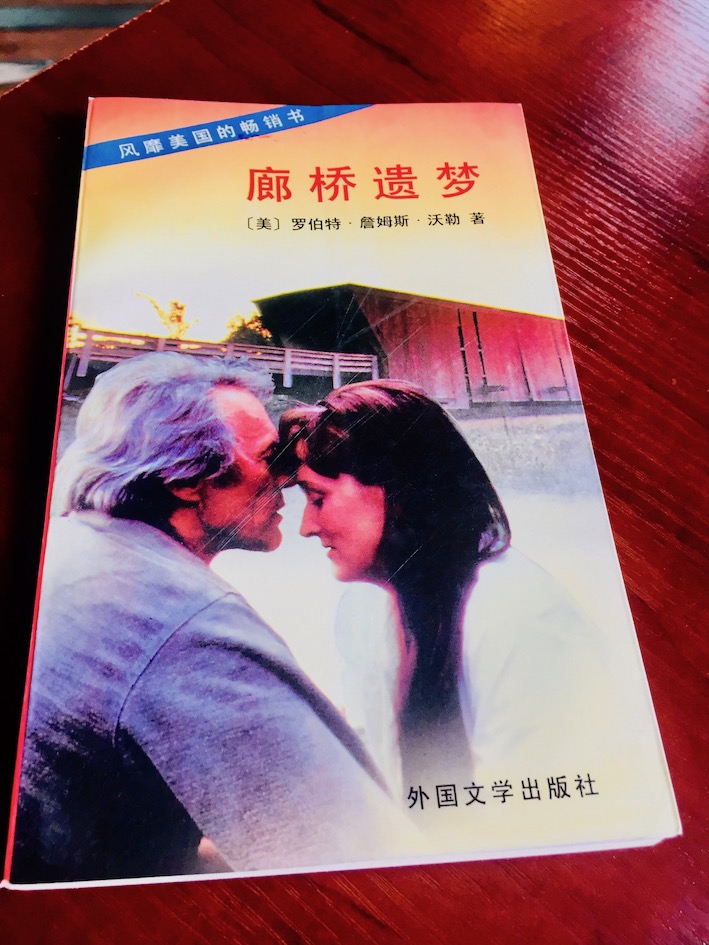 The Bridges of Madison County, translated into Chinese. 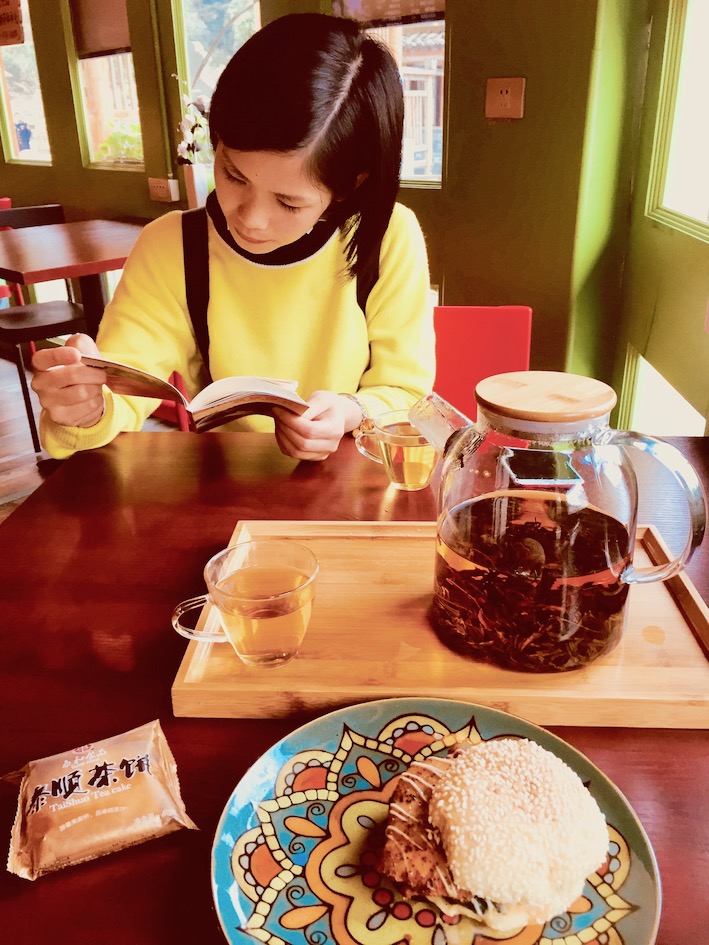 November 2017. It was also in A Bite Of Leaf that I told Amy about The Bridges of Madison County. She then in turn relayed the story to the owners, who began getting very excited. One of the women ran over to a bookshelf in the cafe, snatched a paperback and brought it over to our table. It was The Bridges of Madison County translated into Chinese! Amy literally started reading it there and then! 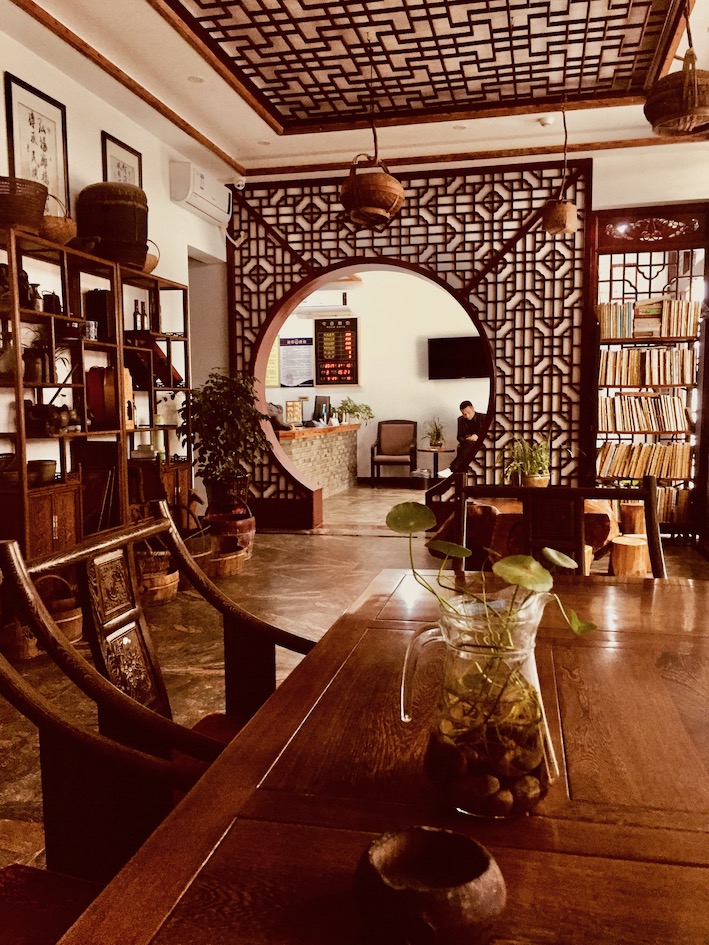 November 2017. Last but not least Sixi Town is home to some of Taishun County’s coolest guesthouses and hotels. I stayed at Tai Shun Laocuo Guesthouse, a traditional townhouse with classical wooden furniture and rooms set above an open courtyard and fish pond. They only speak Chinese here, so you’ll need to get a friend to call and book ahead. Its Chinese name is ???? and their telephone number is 0577 67641618.