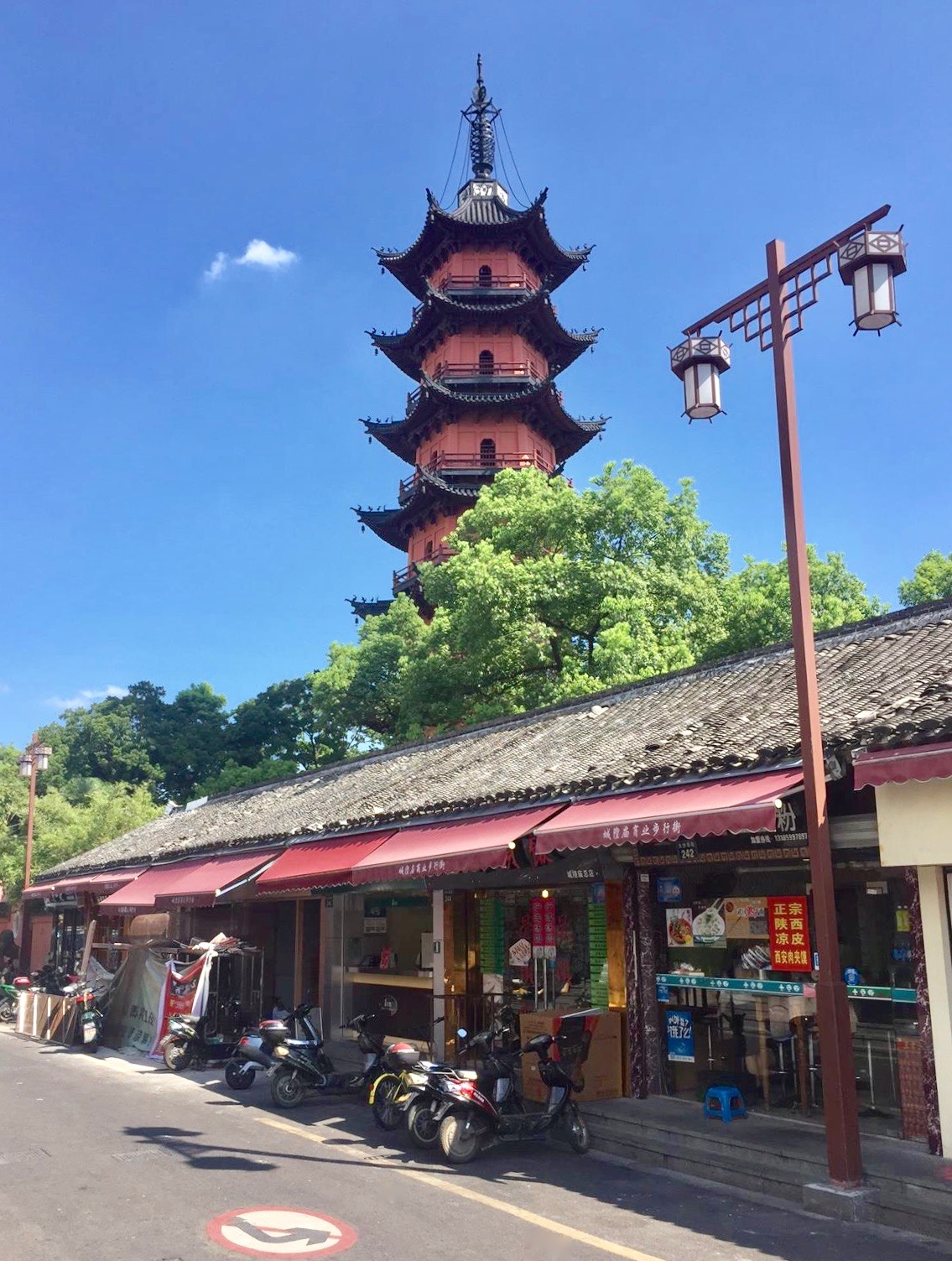 August 2017. Any self-guided walking tour of downtown Ningbo should include a stop at this cool hexagonal tower, the city’s tallest ancient structure at 167 feet. Built in 695 during The Tang Dynasty, Tianfeng Pagoda has a long history duding which it’s been destroyed and restored a million and one times over, with the latest renovation coming as recently as 1989. 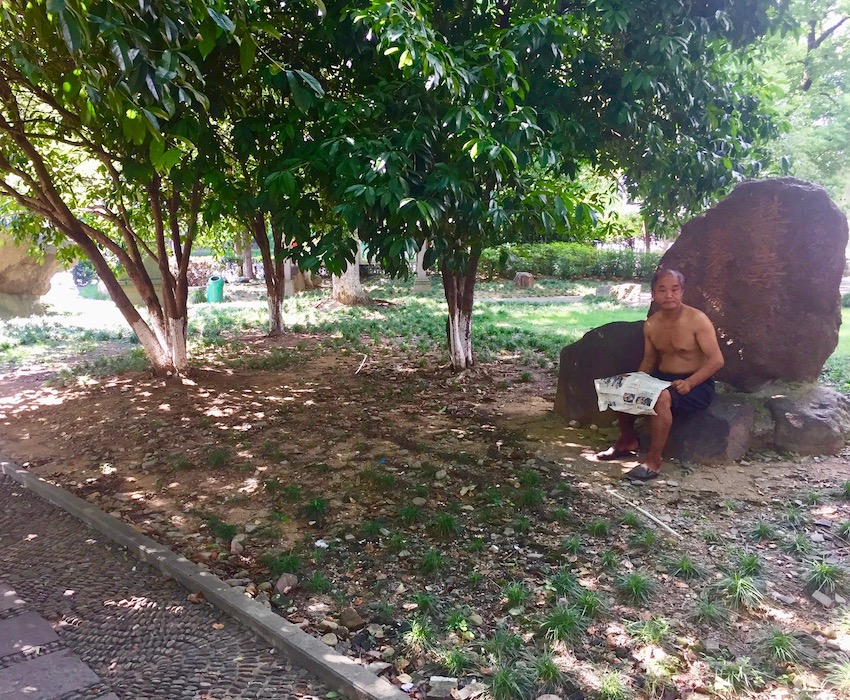 The garden at Tianfeng Pagoda, Ningbo.

August 2017. You can access Tianfeng pagoda through a red, stone archway, which leads to this scruffy but charming little garden. This old dude, with his daily newspaper, looked like he was a regular part of the Tianfeng furniture. Apparently a number of ancient and priceless Chinese artefacts have been discovered here over the years. 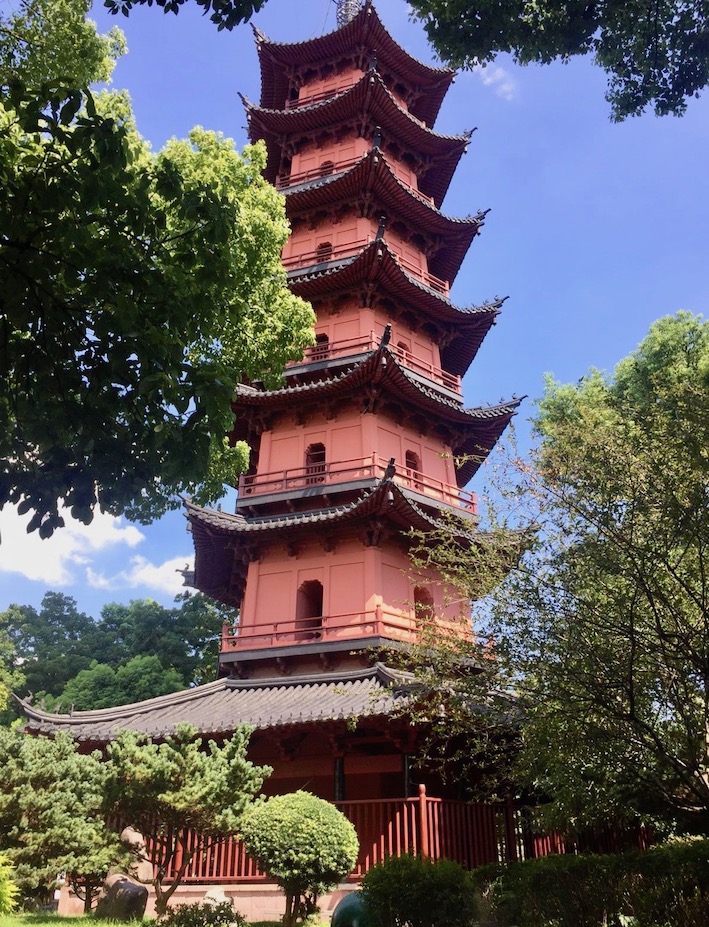 August 2017. The garden is free to enter, but to go up the tower you’ll need a ticket (5 RMB). Depending on which entrance you take, you might not immediately see Tianfeng Pagoda’s little office but fear not, the warden will seek you out and make sure you pay your dues. 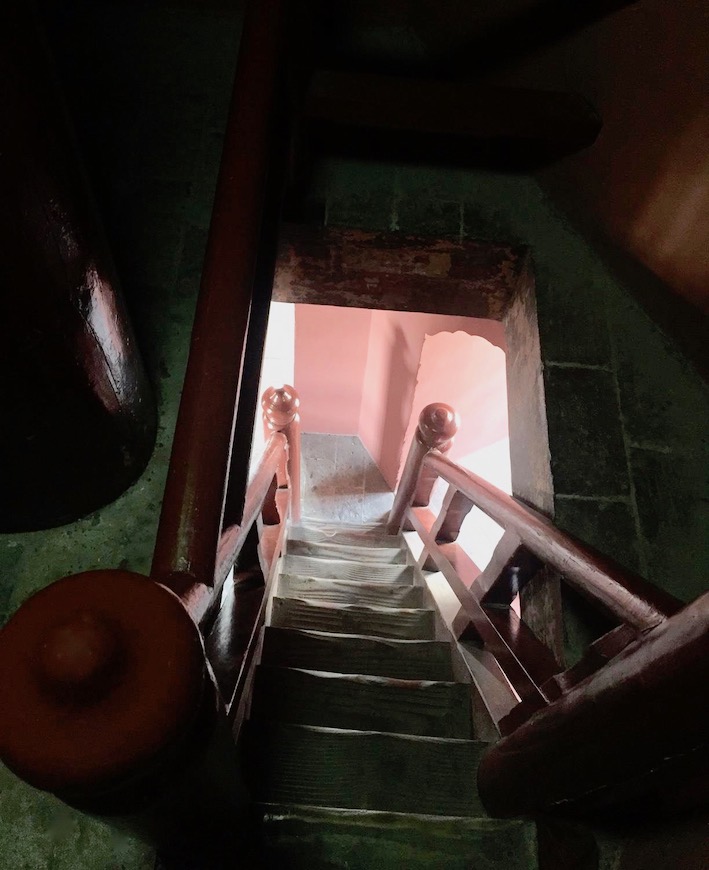 August 2017. Tianfeng Pagoda has seven floors to climb and the way is surprisingly tricky thanks to the narrow and steep staircases. Meet another person along the way and there’ll be some decisions to make for both parties. Don’t expect any of the locals to do the gentlemanly thing. 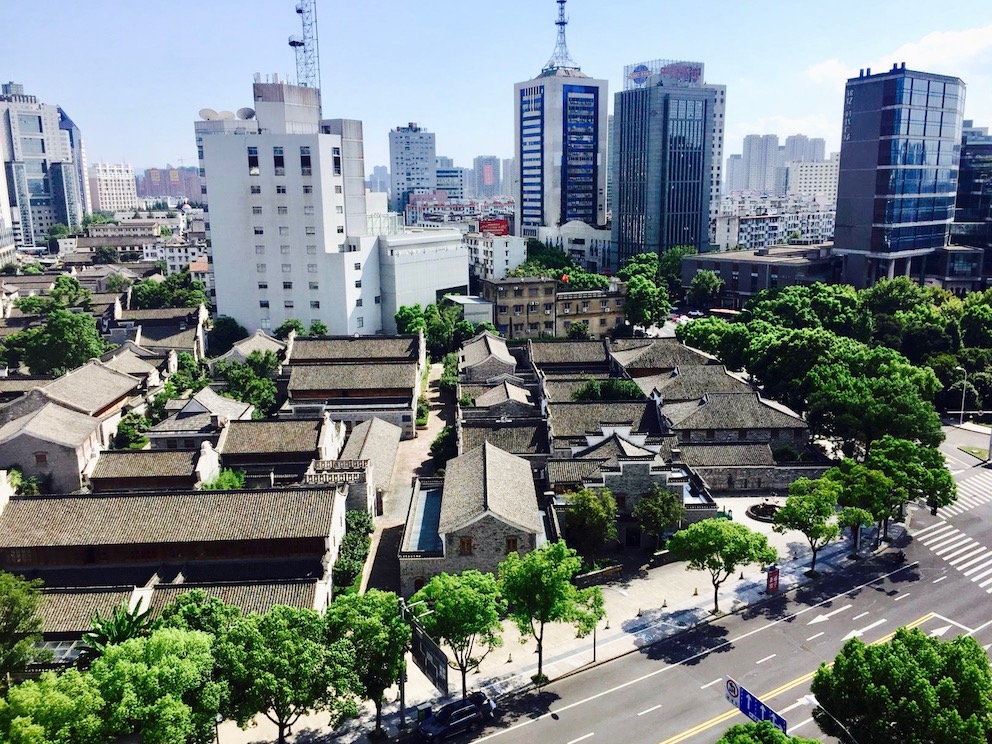 August 2017. While in no way spectacular, the views from the top of Tianfeng Pagoda are decent enough and certainly good value for you hard earned 5RMB. 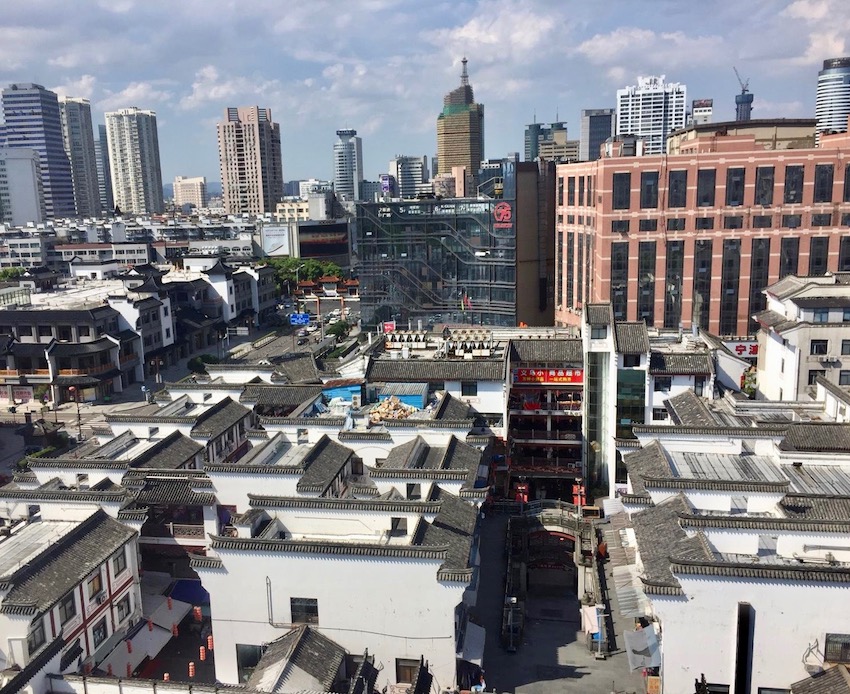 August 2017. There are four arched vantage points atop Tianfeng Pagoda, all of which showcase Ningbo’s pleasing albeit understated mix of traditional and modern architecture. To see the pagoda for yourself, take bus, 6, 9, 364, 507, 518, 560, 812 or 815. Funnily enough, you get off at the stop called Tianfeng Pagoda.

For more on the region, have a look at travel reports from around Zhejiang Province.