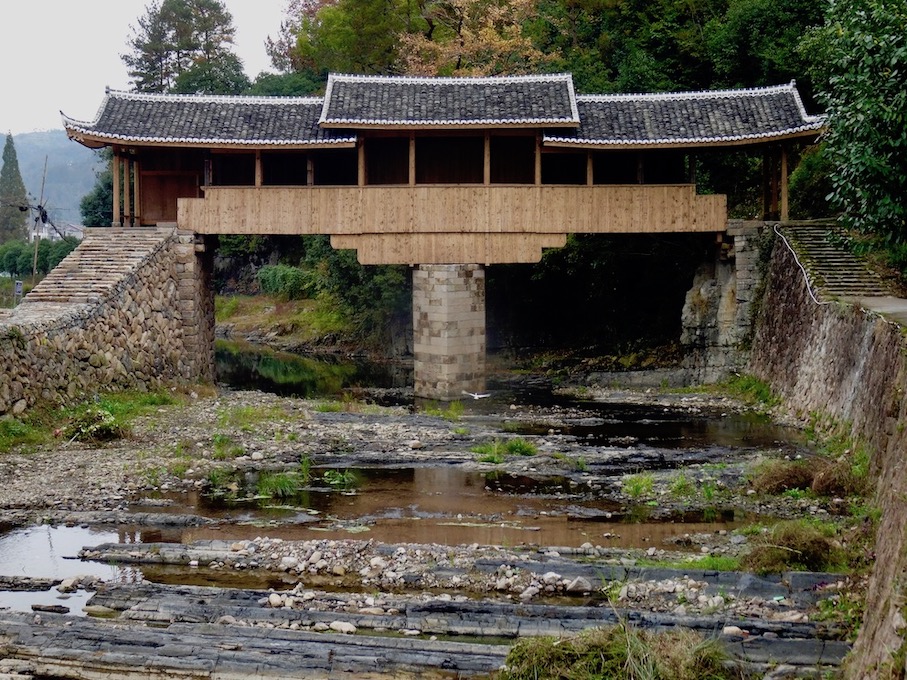 November 2017. There are said to be around seven hundred covered wooden bridges scattered around Taishun County. But not all of them are as ancient or stunningly beautiful as Xi Dong Bridge, Beijian Bridge, nor indeed my favourite Wenxing Bridge. In fact, quite a few of the bridges I saw on that trip we simply stumbled upon driving around Taishun’s labyrinthine network of country lanes. I spied Wenchong Bridge from the main road on our way to Xiaochun Village, so we pulled in and jumped out to take a look. 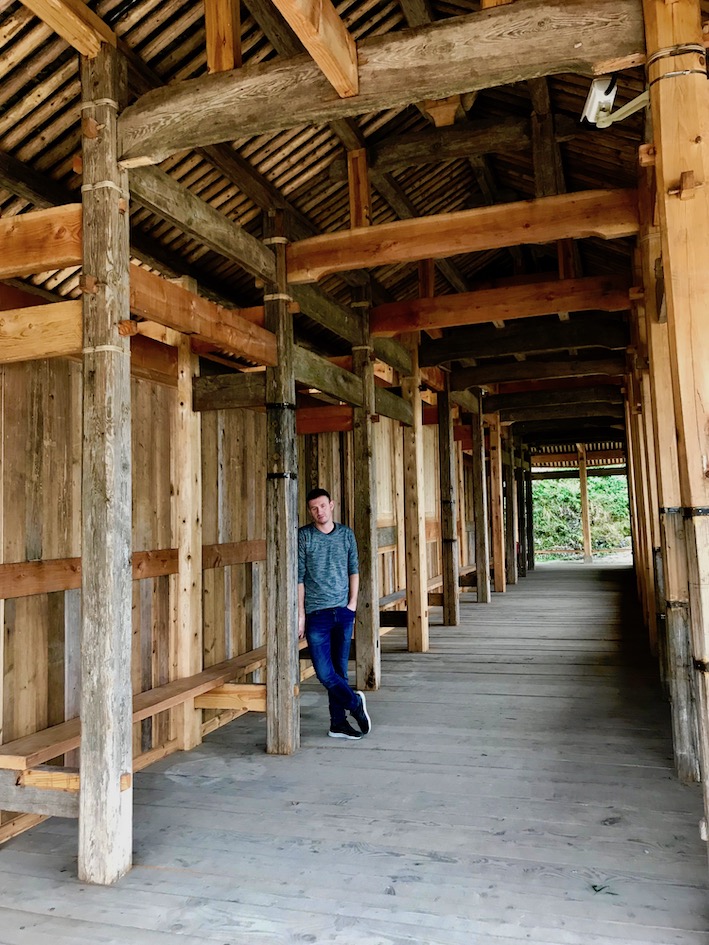 November 2017. According to a local man Amy spoke with, Wenchong Bridge was rebuilt just a few years ago after the original was destroyed by a fire. Some of the wood salvaged from the old bridge was incorporated into the current structure. 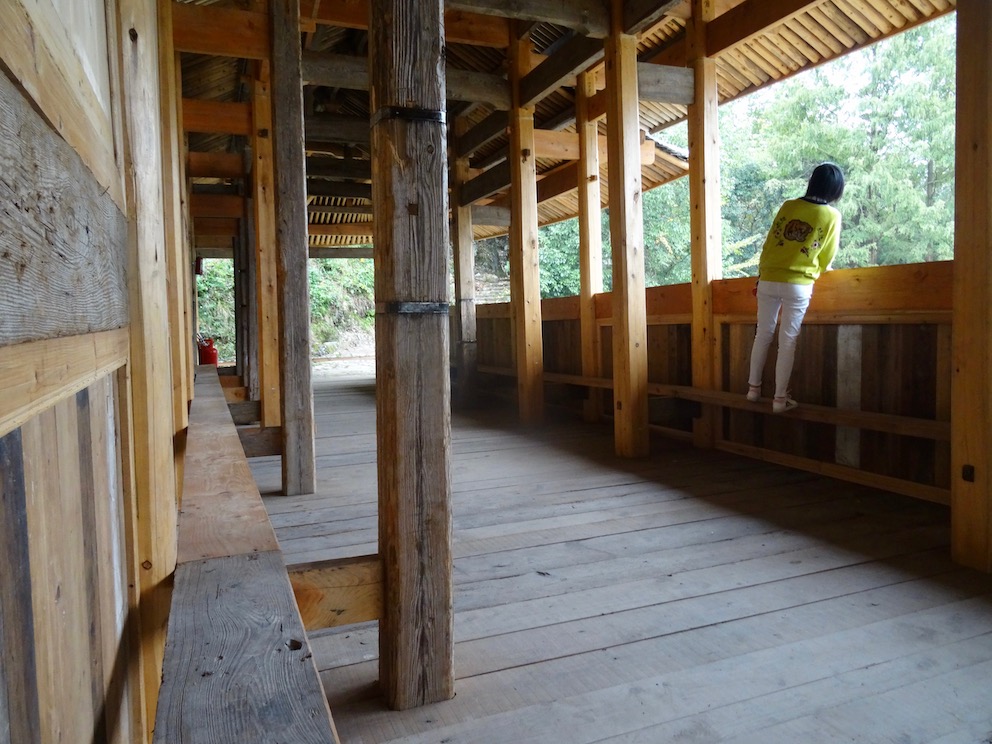 November 2017. I enjoyed Wenchong Bridge’s moody location, perched above a forlorn looking stream with views of rolling Taishun farmland and a range of misty mountain peaks. 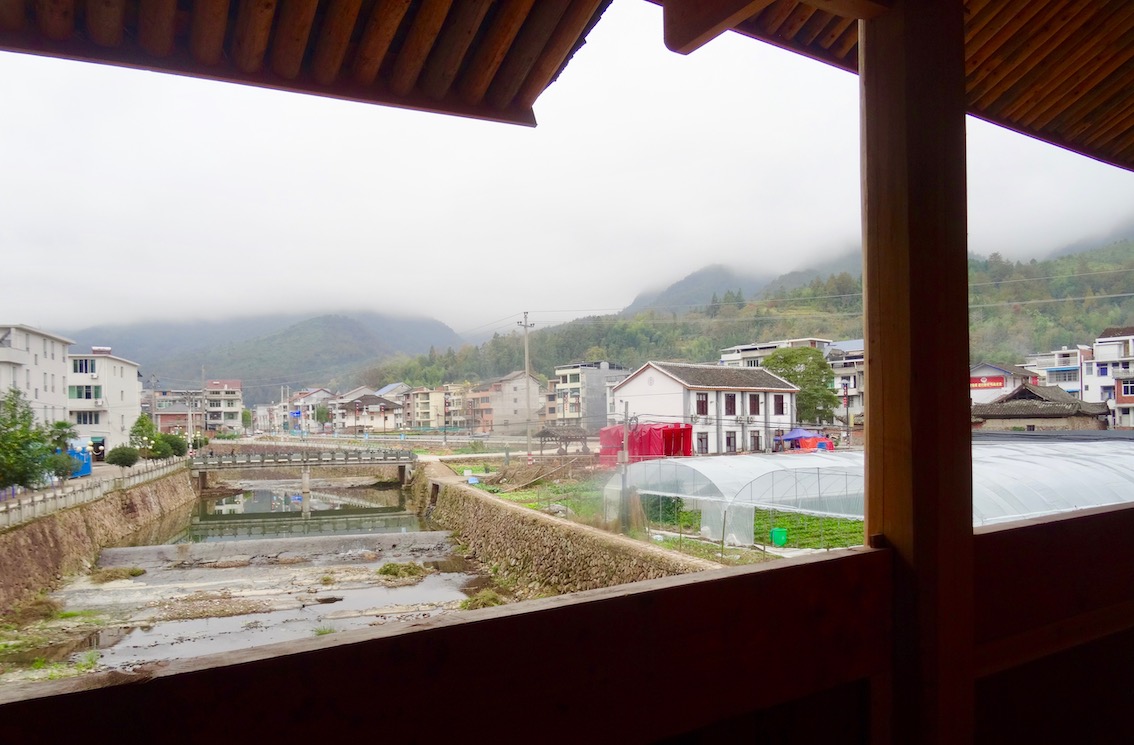 November 2017. Look up at the ceiling to find the woodcutter’s signature on one of the beams. There’s also an autograph from the stonecutter who contributed to Wenchong Bridge’s reconstruction. 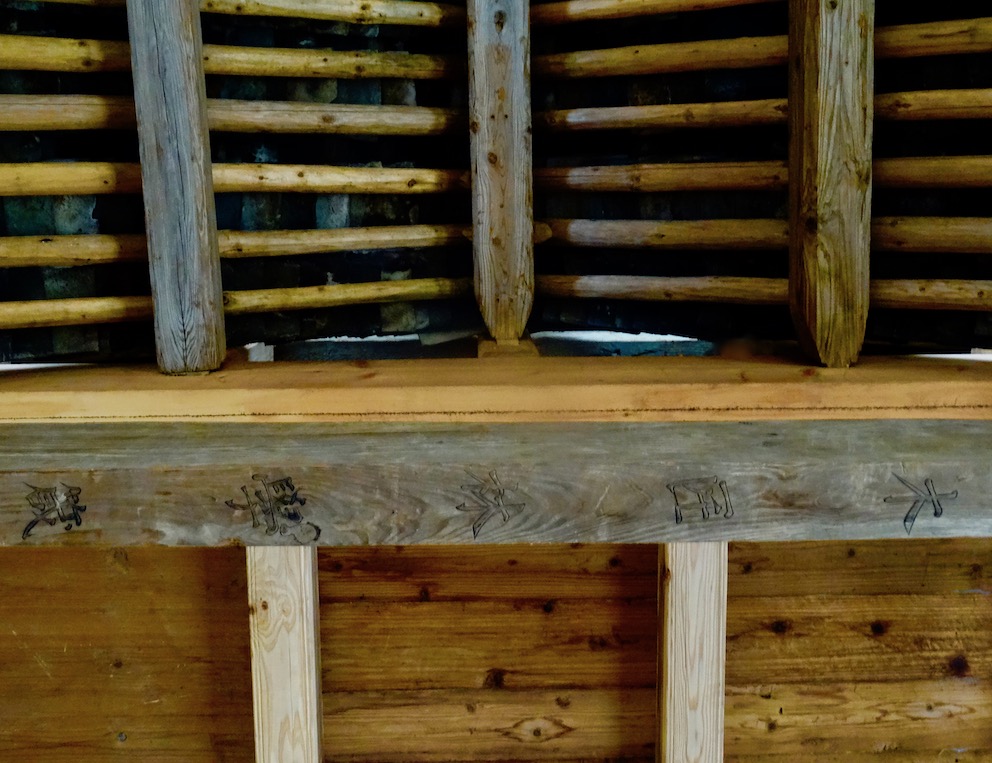 November 2017. We were hanging out in Wenchong Bridge enjoying the rural views when this grisly old farmer trudged through wordlessly… head down…. carrying his load. I followed his progress for a bit as he made his way through the field, before settling down by the stream to fill his buckets. He moved slowly and even when his buckets had been set down on the riverbank he looked like he had the weight of the world on his shoulders. “Farmer’s life is a hard one” said Amy, shaking her car keys. 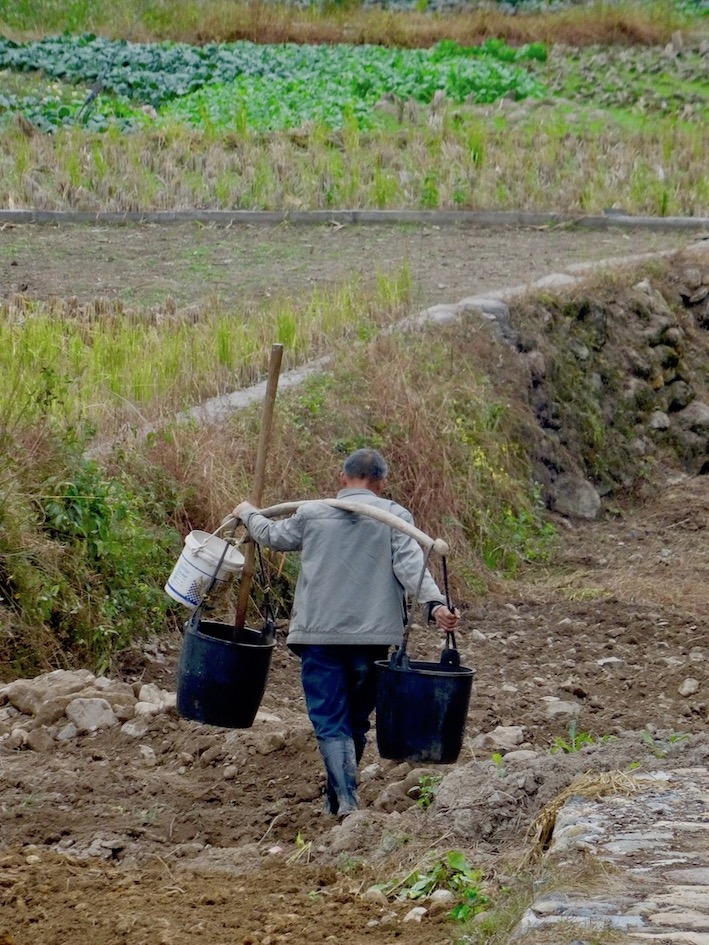