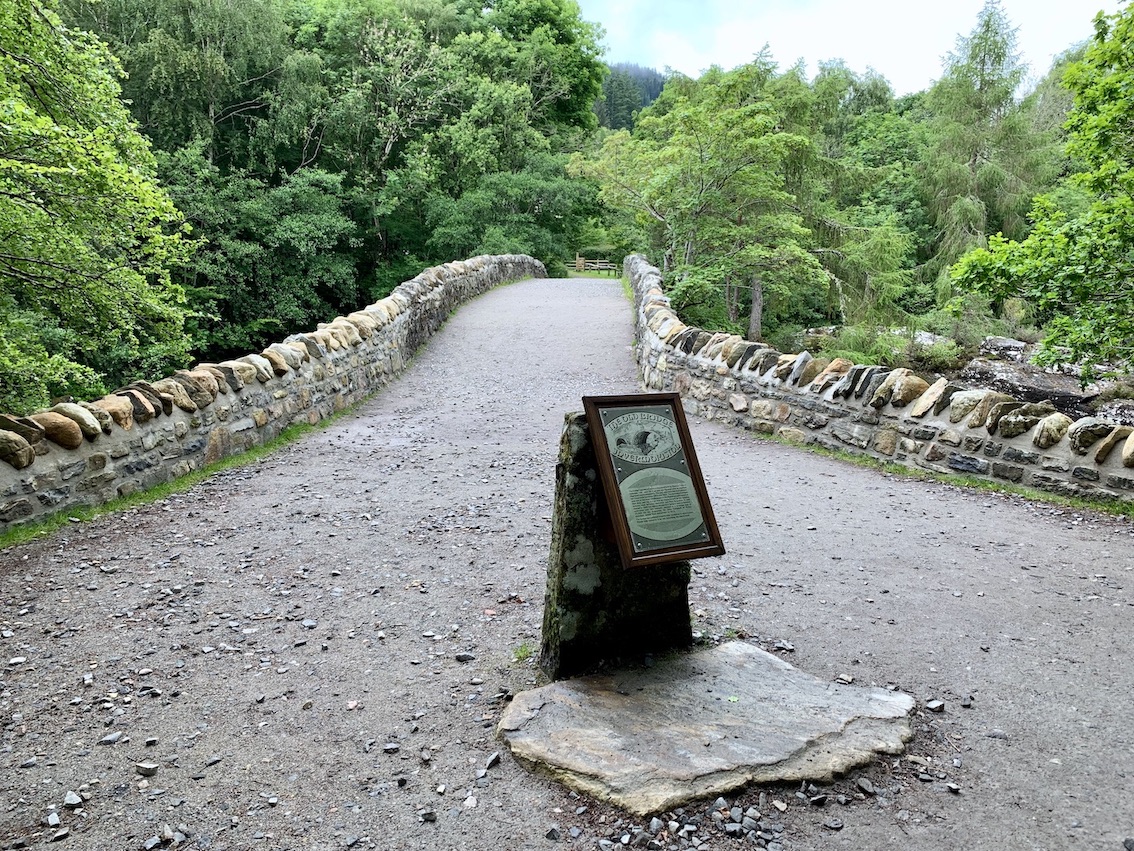 July 2019. The more I see of Scotland, the more I realise what an incredible man Thomas Telford was. Not content with creating one of the world’s most impressive waterways, The Caledonian Canal, Telford also designed over 1000 bridges all across Britain. Happily, Spackles and I managed to tick one of them off whilst driving back to Banavie from Loch Ness. Moreover, Old Invermoriston Bridge is one of his most gorgeous structures and a key sight of tiny Invermoriston Village. 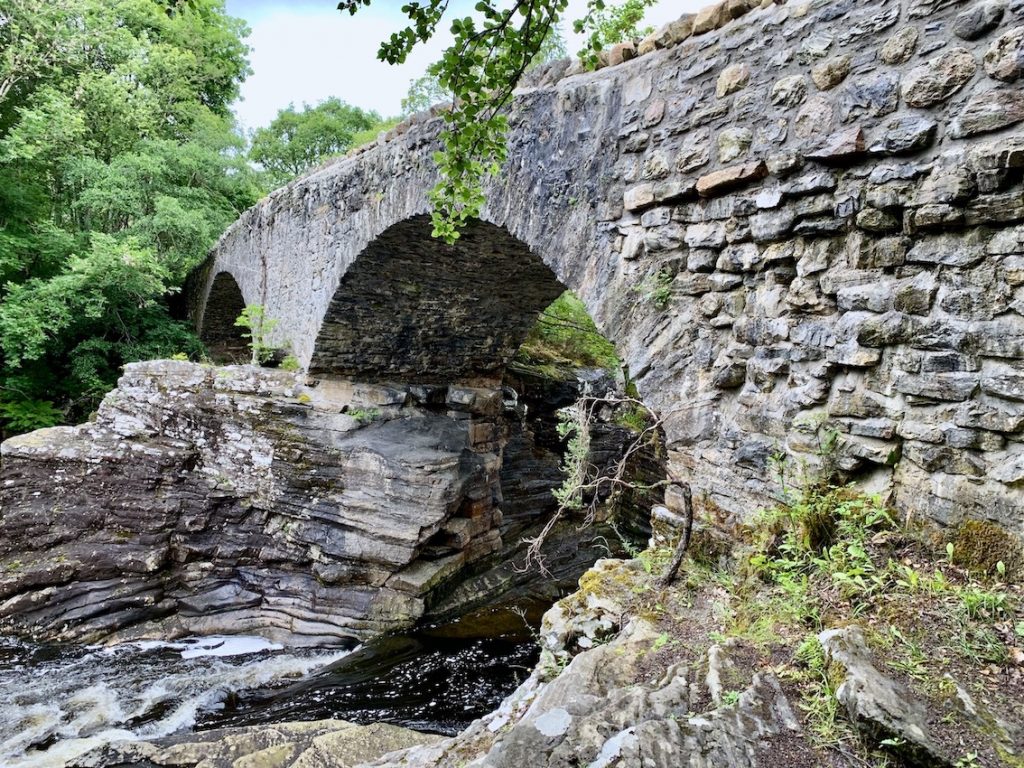 Back in the early 1800s the Scottish Highlands’ road system was a bit of a mess. Hence huge investment was poured into improved connections between the region’s villages, towns and cities. One of the biggest problems in this regard was the absence of bridges in general, especially along the old military road between Inverness and Fort Augustus. 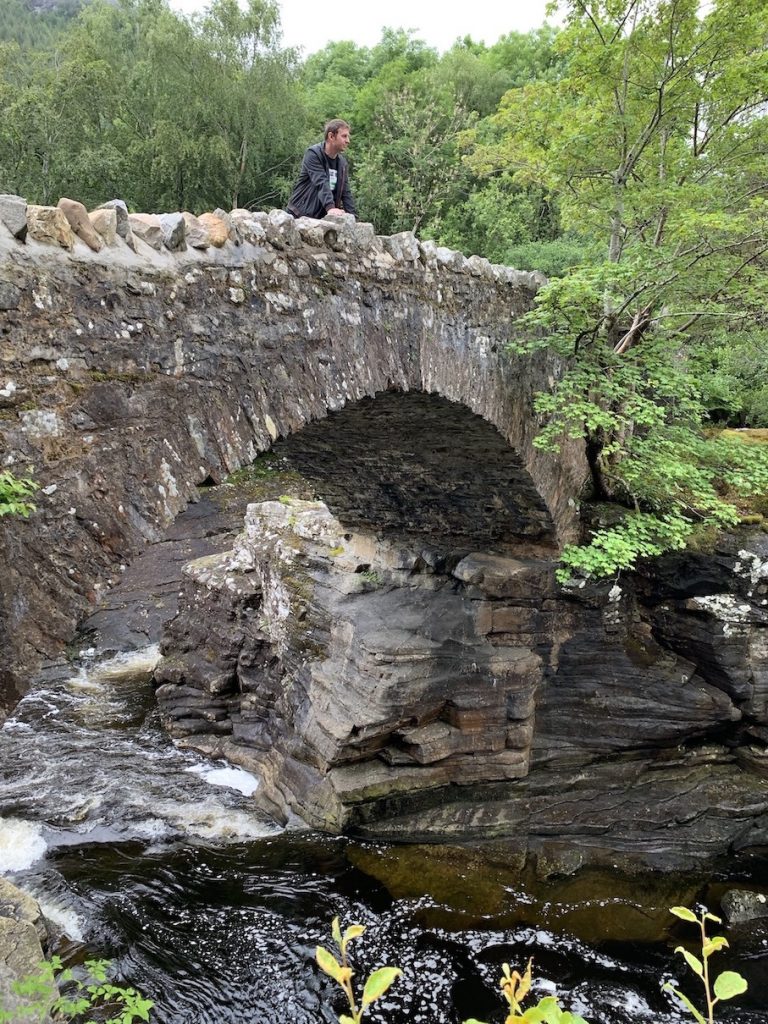 Work on the bridge began in 1805, but suffered huge delays. According to a frustrated Telford himself, this was due to “a languid and inattentive contractor” and “idle workers”. However, after much perseverance, Team Telford finally completed the structure in 1813. 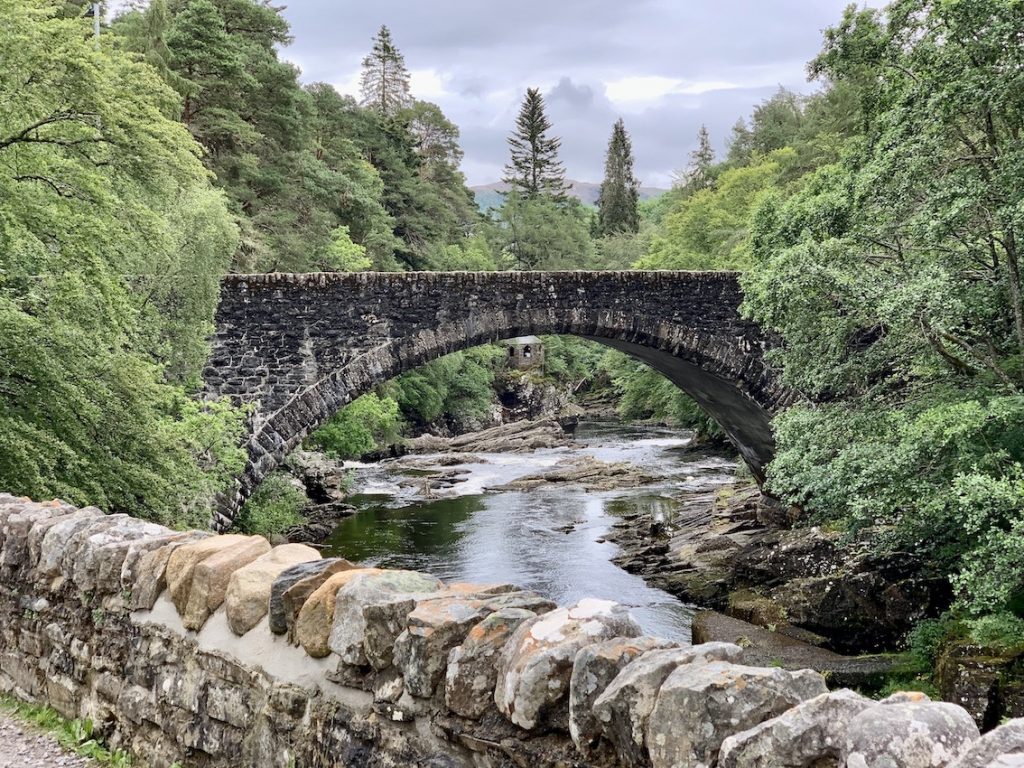 Today, a little sign at the entrance informs visitors that the bridge isn’t in the best condition and that we should take care around it. Nevertheless, it remains a beautiful sight with choice views over The River Moriston Falls and the stone bridge serving the main road. Furthermore, we spied a charming little stone building that literally hangs over the water from a section of distant forest. 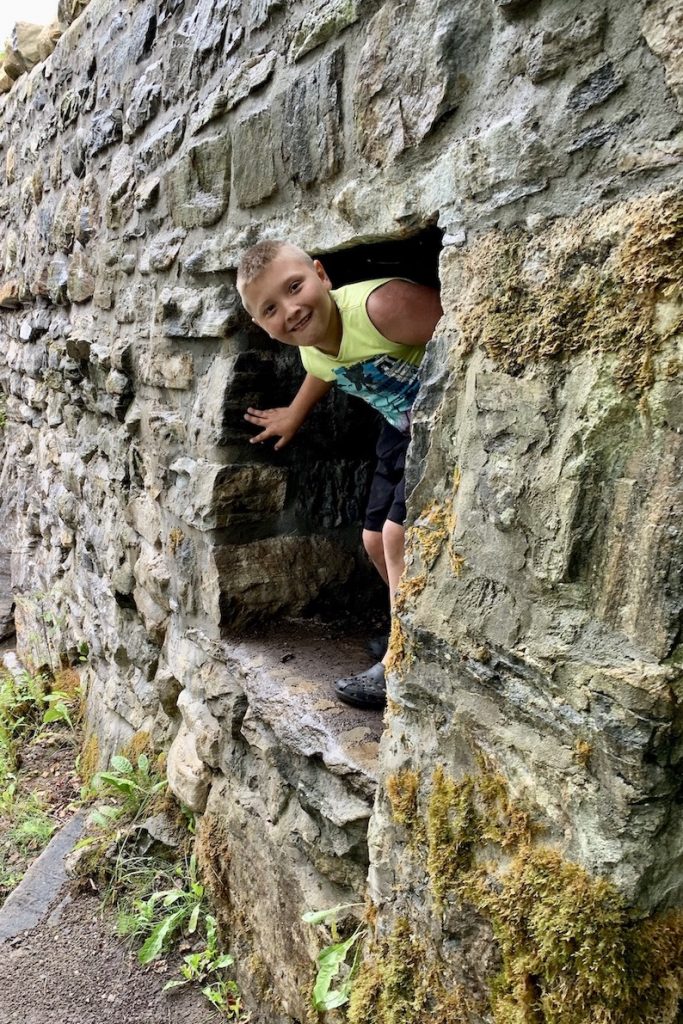 Apparently, not everyone got the memo about being careful. It’s actually possible to get from one side of the riverbank to the other by ducking under a few stone tunnels. But you know, at your own risk. 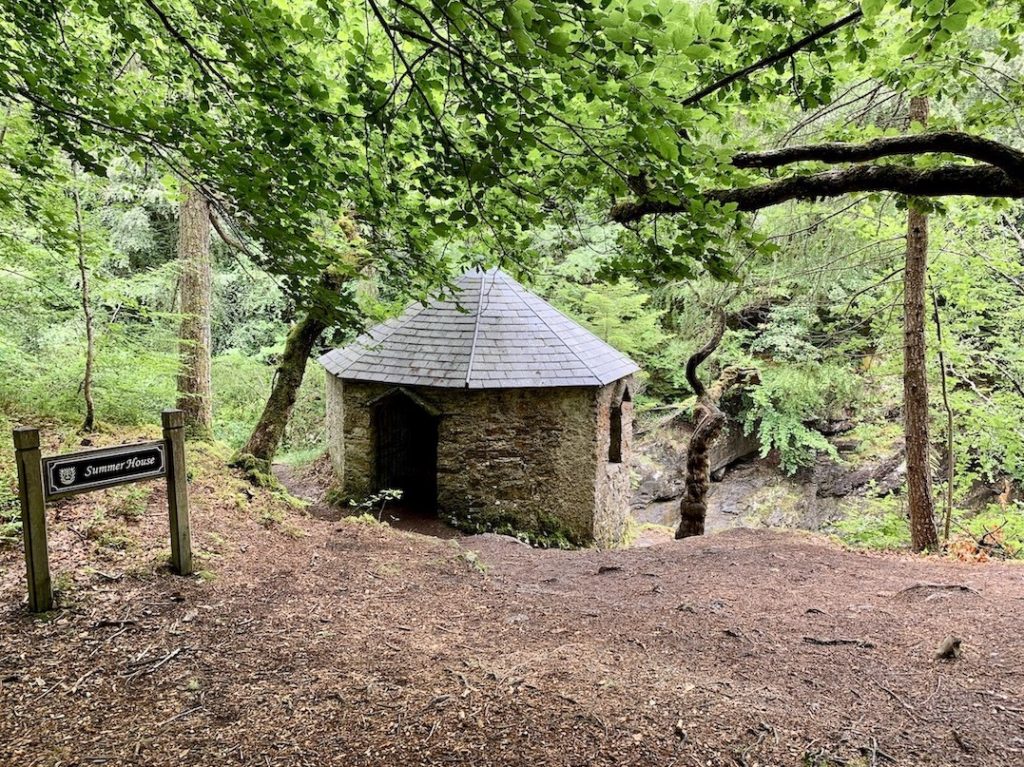 Curious as to how we could reach the little stone building we’d seen, Spackles and I checked our phone maps and saw that it was just a short walk through a section of woods at Forest Glen Holiday Park. 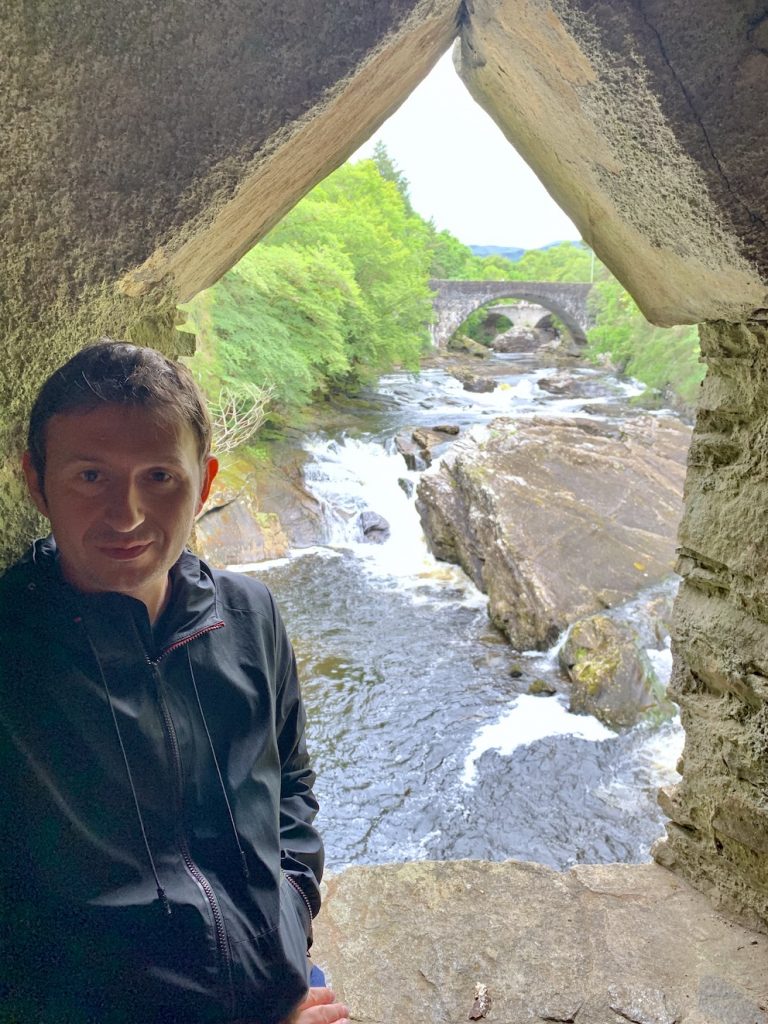 The tiny little stone building is called the Summer House. Inside, there’s room for maybe 3-4 people, while the wooden beams on the ceiling are covered in graffiti celebrating people’s visits over the years. Best of all, an open stone window provides fantastic views across the falls back towards Old Invermoriston Bridge.

Like this? I’ve written plenty more articles from across The Scottish Highlands.