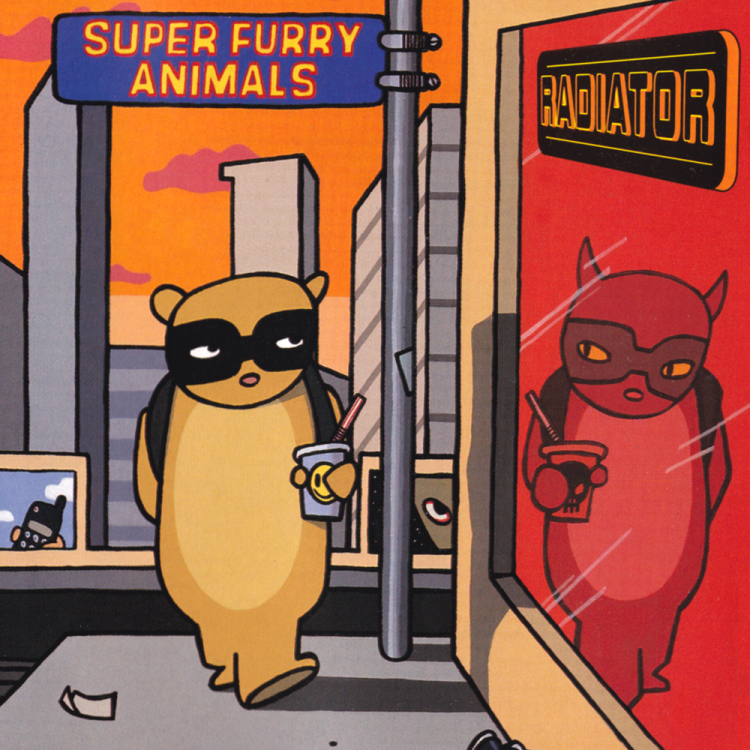 I can’t put my finger on when exactly Britpop became such a dirty word. A genre that once channelled such an acute sense of hope and reinvention, today it’s often referred to with an acidic dismissiveness. Cock an ear to any non-believer and you’re likely to hear buzzwords like ‘‘derivative’’, ‘‘pedestrian’’ and ‘‘false dawn’’.

Britpop was the music of my youth, the soundtrack to my coming of age, so naturally I’m having none of it. Not that I don’t see where the naysayers are coming from. Admittedly there were countless bands that sounded like inferior laboratory clones of Shed Seven. Then you had acts such as Menswear, Cast, Space, Heavy Stereo and Embrace, all of whom released records that made you wanna turn your back on music and take up trainspotting. Hell, I’ll even begrudgingly accept that   Oasis didn’t quite turn out to be the new Beatles after all and largely failed to fulfil their potential.

But write off Britpop altogether? I still think Definitely Maybe and (What’s the Story) Morning Glory? are untouchable. And let’s not forget the likes of Blur, Pulp, Radiohead, Mansun, Suede and Manic Street Preachers, who all put out ambitious progressive records that propelled British music into exciting new territories. There was also fine work from the likes of Supergrass, The Divine Comedy, The Bluetones and Gomez, bands that have, in some quarters, been unfairly consigned to the column marked also rans. And while we’re on the subject of the undervalued, it would be downright negligent not to fly a continent-sized flag on behalf of Super Furry Animals. A Welsh five piece formed in Cardiff, The Furries’ 1996 punk-pop debut Fuzzy Logic saw them quickly lauded as an inventive band capable of thinking outside the box. 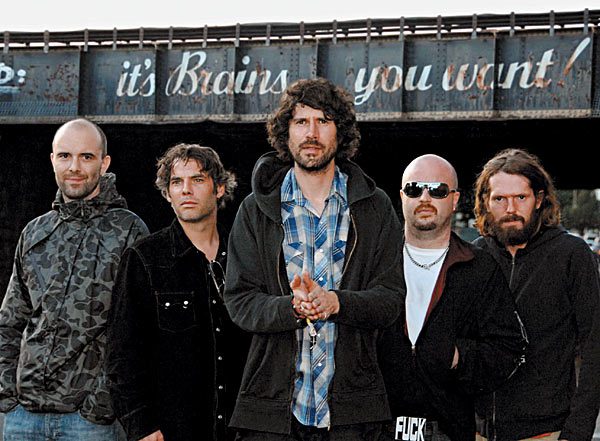 Super Furry Animals: Categorically not in any kind of box.

For album number two, Radiator, there was an even greater effort to branch out, with the group dipping into a kaleidoscopic array of styles, moods and topics. In order to mould a sound that truly transcended the parameters of 1997 Britpop, front man Gruff Rhys and co made great use of producer Gorwel Owen’s numerous Atari Computers and banks of old vintage synths.

A predominantly high-energy affair, Radiator’s sonic template kicks in early with the psychedelic playfulness of The Placid Casual and its sardonic references to former Sierra Leone head of state Valentine Strasser. Then there’s The International Language of Screaming, a slab of explosiveness clocking in at two minutes and twelve seconds. It’s an infectious cocktail of 60s pop hooks and urgent self-destructing punk, Gruff’s loose, improvised-sounding vocals expressing dissatisfaction with late twentieth century society. “Every time I look around me everything seems so stationary. It just sends me the impulse to become reactionary’’.

It’s the first of several tracks fizzing with energy and brimming with the Furries’ trademark zany humour. Take She’s Got Spies for example, a tune so bursting at the seams with melodic backing vocals it would have even Brian Wilson raise an eyebrow. Essentially a jibe at a possessive girlfriend who’s ‘‘got spies, but it’s not espionage that makes her tick’’, it’s a track that’s guaranteed to make you smile.

As does the undeniably catchy and carefree Play It Cool with its somewhat reckless advice: ‘‘Whatever you want to do, do it now and pay later’’, while Hermann ?‘s Pauline, a Krautrock tale of puppy love, is the barmiest song of their eighteen year career. Loosely modelled on the parents of Albert Einstein, who ‘‘made love and gave birth to a little German’’, Gruff’s mad professor spoken word delivery manages to somehow name check asthma, rapping, Che Guevara, French bread, radiation and Marie Curie. There’s also plenty of zing in the chanting punk of Chupacabras and the album’s lone Welsh language track Torra Fy Ngwallt Yn Hir, a nonsensical ditty about getting a haircut.

A full album of such tracks would have been exhausting, but luckily the band was savvy enough to mix things up with some slower, more reflective numbers. In this regard fans’ favourite Demons is a highlight with its pleasing mix of synthesizers, banjos and power chords, not to mention a gorgeous trumpet mid-section.

Nevertheless, Bass Turned to D.E.A.D gives it a run for its money, with its dream of escaping the rat race to go and make music in the unspoiled calm of Mother Nature. “With my bow and my arrow I will aim towards my atlas, and where I hit, I’ll go’’.

The closing triptych is similarly exquisite, keeping the listener well away from notions of track skipping. First up is Down a Different River, their unique take on the mid 90s drug scene with its brilliant opening line “Stuffed to the eyeballs with god knows what, you’re a conversational hazard’’. Penultimate song Download is a spine tingling ballad that casts a regretful eye over the cancerous advancement of the corporate mindset. “There are people who lie and others who’ll cry and the people who lie are the ones that get by’’ sings Rhys over a tearful piano loop. Last but not least is the epic Mountain People, a wry look at English elitism from the perspective of neglected rural Wales. ‘‘They don’t care about you and me obviously, no not us, we’re the mountain people’’ he opines in a plaintive voice as ancient sounding as the Welsh peaks themselves. After an emotive first course of acoustic guitars and pretty harmonies, the song brings the album to a gradual close through a grinding outro of electronic beats and the genre-splicing techno they’d develop further on future records. 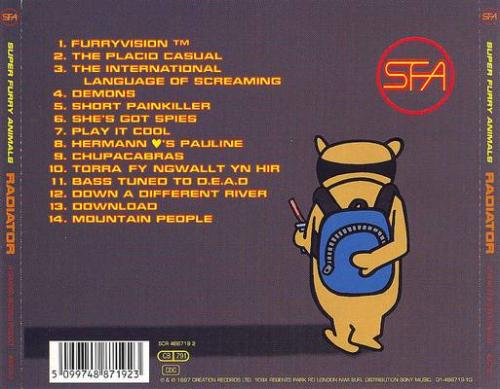 Nearly twenty years later and Radiator still stands out as a high point of the Britpop era, with SFA themselves grossly underappreciated as fearless pioneers of Indie experimentalism. Featuring lashings of guitars, driving dance beats, tenor sax, flutes, trombones, violins, cellos, electric harpsichord, trumpets and a Rhodes Piano, they threw everything but the kitchen sink into their music, while at the same time remaining sticklers for melody and harmony. “A flirt with mediocrity comes with a heavy penalty’’ says Gruff on Demons. In this sense I can only agree that if every group of the era had shown just a smidge of his band’s ambition, today Britpop would be spoken of in much kinder terms.

Choice Quote: “We don’t worry about being perceived as fools, we just do it anyway, celebrate life. Do something fantastical instead of being cowardly. But fucking hell! There’s so much more we could do”. – SFA singer Gruff Rhys.

Like this? Since Radiator the band has gone on to release seven more mostly brilliant records. A special mention here goes to Mwng, a raw, lo-fi delight that became the first Welsh language album to break into the UK’s top twenty chart.