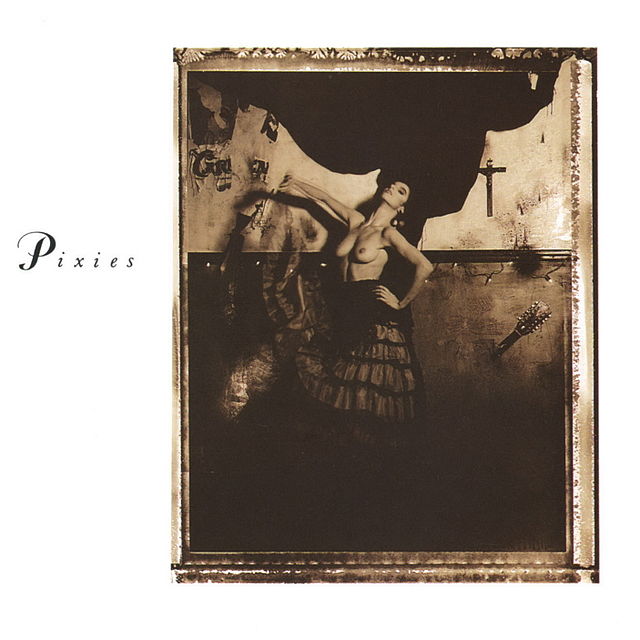 I was deep into my Nirvana phase when a friend of mine suggested another American band I might enjoy, “They totally influenced Kurt Cobain!” he exclaimed with wide eyes. A few days later he personally hand delivered two CDs, a mini LP called Come on Pilgrim (1987) and a thirteen-track debut album by the name of Surfer Rosa (1988). “Alt-rock pioneers dude!” he told me with a face as serious as a car accident, “I’m telling you… alt-rock pioneers!’’

Giving both discs a spin that very day, I felt myself helplessly reeled in by this Bostonian four piece and their explosive music. Black Francis… Kim Deal… Joey Santiago… David Lovering, where have you been all my life? It didn’t take me long to scoop up their remaining three releases. And then all that was left to do was mourn the band’s 1993 split that brought my all-too-brief journey to an abrupt end. In the years that followed I would return to their short-lived discography time and time again, deconstructing their work album by album, song by song, chord by chord. Like most fans, choosing my favorite LP came to a toss up between Surfer Rosa and their fantastic third effort Doolittle. After much toing and froing I decided to plump for the former, partly due to its raw energy and the sheer impact it had on me during those early listens.

A brisk, no-nonsense 33-minute whirlwind of mashed genres, the band stomp their way through punk, surf rock and twisted noise pop with splatters of heavy metal thrown in for good measure. A unique blend of aggression, beauty, warped humour and downright quirkiness, there’s perhaps no better example of Surfer Rosa’s singular aura than opening track Bone Machine. “You’re so pretty when you’re unfaithful to me!” yowls front man Black Francis on a song about the indignity of a partner’s infidelities, “Your blistered lips have got a kiss, they taste a bit like everyone”. Confused and angry, he seeks advice from a local priest, a man who “bought me a soda and tried to molest me in the parking lot, yep, yep, yep”. Dark, brooding and more than a little disturbing, the whole thing would be scary as hell if it weren’t so damn funny. 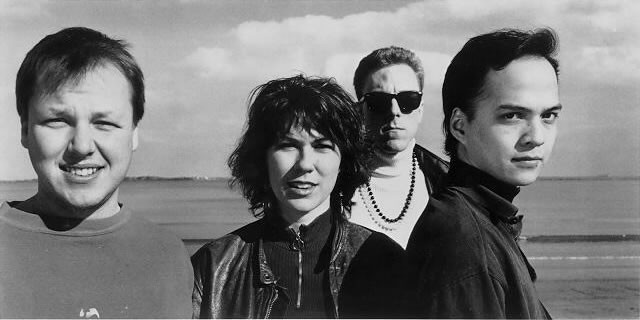 The frenetic pace continues unabated on the snarling Break My Body, a lyrically ambiguous track with traces of incest, masochism and self-loathing. “I am the ugly lover” spits Black, moments after “crashing through my mother’s door”. Dark stuff and yet musically it’s a joyous rumpus thanks to Deal’s thick bass lines and Santiago’s soaring guitar work.

Anyone hoping for some ferocity respite will find zero relief in Something Against You, a predominantly instrumental number so cacophonous it sounds like it’s having a heart attack. “I am one happy prick!’’ screams Black on the outro, his vicious vocals filtered through a guitar amp.

Things finally calm down a bit on the perversely playful Broken Face, a humorous track that despite Black’s wacky falsetto and false hesitation (“I’ve got a broken faiiii!”) is essentially another song about incest. The singer would later admit to having a childhood fascination with biblical sins.

Kim Deal’s vocals go front-and-center on the pop-driven Gigantic, by far the record’s catchiest track and an obvious choice as its lone single. Inspired by the Bruce Beresford film Crimes of the Heart, Deal steps into the shoes of a voyeur watching an interracial couple have sex. She’s particularly fascinated by the man, a black guy called Paul who boasts ‘‘lovely legs’’ and ‘‘teeth as white as snow’’. He’s also “gigantic!” right where it truly matters, a revelation that dominates the song’s riffed chorus. 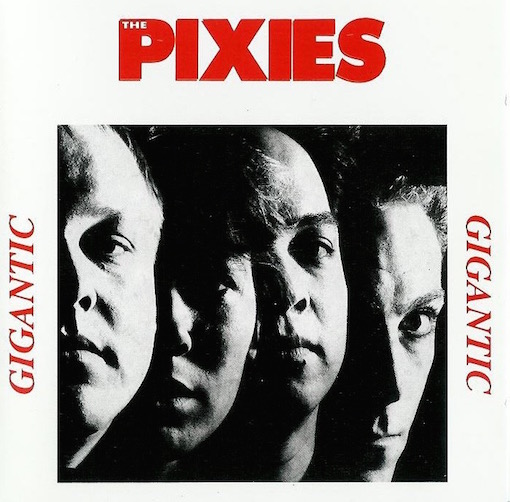 This buzzing energy bleeds into The Middle Eastern flavors of River Euphrates, an initially euphoric composition with gorgeous Black-Deal harmonies across its “ride, ride, ride” chorus. But what with being stranded “on The Gaza Strip” where the group have ‘‘run out of gas”, the mood unsurprisingly sours amid increasingly anguished vocals and nightmarish visions of choking in The Dead Sea. Ending in a tornado of distorted guitars and some of Black’s most tormented screams, one can only conclude the road trip didn’t end on a happy note.

There’s a psychedelic edge meanwhile to the melodic Where is My Mind? Leading the closing credits of David Fincher’s acclaimed movie Fight Club, today it stands as the band’s most celebrated tune, enjoying cult classic status among hordes of music fans that barely even know who Pixies are. Instantly recognizable from its opening notes, Santiago’s hypnotic guitar is backed by Deal’s spacey, echoey vocals (famously recorded in a bathroom). Then Black swoops in: “with your feet in the air and your head on the ground…”.

A despondent prison inmate “sitting wishing on a cement floor” forms the focus of Cactus, the record’s slowest number with its low, bluesy grooves and Deal’s soft, pretty backing vocals. Missing his girlfriend so much it physically hurts, he instructs her to “Bloody your hands on a cactus tree, wipe it on your dress and send it to me”. Characteristically twisted, there are several weird flourishes that make the whole thing even more skewed, such as Black’s deliberate mispronunciation of cement so that it sounds like semen and the demonic-sounding “P-I-X-I-E-S” between verse three and four.

“This is a song about a superhero named Tony, it’s called Tony’s Theme!” yells Deal on the opening line to… yes…Tony’s Theme. A spiky, rollicking rocker tailor-made for the mosh pit, we learn that Tony is in fact a nerdy bike-riding school kid. “I cut the grass like I’m told, AFTER CLASSES!” hollers Black and you’d need to be completely devoid of humor not to at least smirk along as you nod your head.

Into the album’s final quartet and both Oh My Golly! & Vamos are predominantly sung in Puerto Rican Spanish. The former is a raw slab of garage rock that dictates the events of a summer romance. We learn that Surfer Rosa is in fact a sexy girl who walks, kisses and screws our narrator “under the Caribbean moon”.

Vamos meanwhile, with its three-minute feedback-ridden guitar solo offers up yet more incest, just in case the previous doses weren’t enough. “We’ll stay well fed, we’ll have our sons, they all will be well hung” declares the song’s fantasist in an imagined address to his New Jersey based sister.

Frenzied rocker I’m Amazed kicks off with some scandalous albeit amusing studio banter. Speaking about one of her high school teachers, “there were rumors he was into field hockey players”, Deal delivers some juicy gossip about how he was discreetly fired: “They were so… quiet about it”. When the song itself kicks in, it’s a fast-paced blur of fragmented guitars and messy, barely comprehensible vocals. Offering up three flashbacks from the miserable life of an unidentified man (the hockey teacher perhaps?), he has a ball of string taken from him as a child, his soon-to-be wife cuts off all her hair the night before their wedding and shortly before his death (cause unknown), he jumps into his Honda and takes a drive to Arizona. Make of all that what you will.

Album closer Brick is Red ends proceedings on a more stable note, musically speaking at least. Propelled by the steady squeal of a jazzy Santiago guitar solo, Black and Deal’s tight interplay introduces us to a thoughtful fish determined to escape the sinister cast of a fisherman called Jimmy. “It’s not time for me to go!” states our underwater friend, though ultimately his attempts to cheat death prove futile, “my eyes have turned just the color of diamond, the frayed colour of ice”.

And so concludes one of the most invigorating debut albums in alt-rock history. Not that it’s everyone’s cup of tea! Black’s uncompromising, unearthly falsetto alone will have many running for cover, while Steve Albini’s brilliantly raw production is likewise not for the fainthearted. Rather this is an LP that stays true to the punk ethic, empowering its audience with the notion that with enough motivation, enthusiasm and imagination, anyone can pick up a guitar and make a glorious racket.

In some respects this is at the heart of what makes Surfer Rosa such a wonderful listen. But it’s also the sound of a band confident enough to be fearless, unpredictable and diverse, peppering their songs with surprising twists and turns in all directions. There’s screaming, laughing, whispering and jibing, mostly in English, sometimes in Spanish, often in a muddled language all of their own. There are genuinely beautiful melodies and catchy hooks married with terrifying guitars, tight angular bass lines, heavy drums and… at times… frankly troubling lyrics. Speaking of which, the band also showcases a minimalist, unpretentious approach to songwriting alongside a loose and honest feel to the playing that could trick you into thinking it’s a live album. In fact, close your eyes and it’s easy to imagine you’ve been transported to some shadowy corner of Boston’s Downtown Recorders studio for an intimate rehearsal session. For these reasons, and so many more I’m unable to properly articulate, Surfer Rosa stands as an extraordinary triumph. 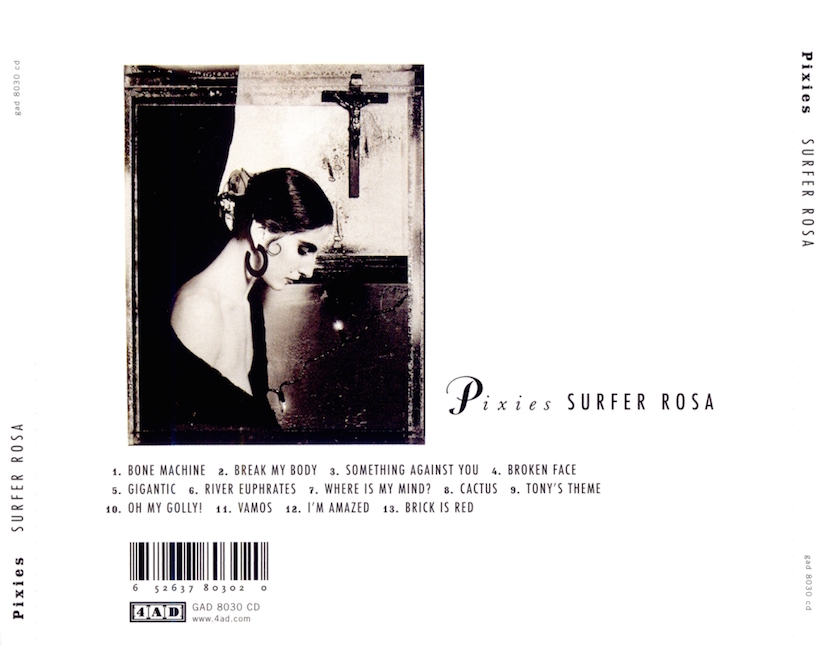 Choice Quote: “The one {record} that made me go holy shit! It was so fresh! It rocked without being lame” – Smashing Pumpkins singer Billy Corgan.

Choice Lyric: “With your feet in the air and your head on the ground, try this trick and spin it yeah! Your head will collapse when there’s nothing in it and you’ll ask yourself: Where is my Mind?” ­– From Where is Your Mind?

Like this? Pixies newcomers need look no further than the band’s monster follow-up Doolittle (1989). Bigger and bolder, with a mostly cleaner and more polished production, this was the LP that confirmed their status among fans and critics as major alt-rock players.