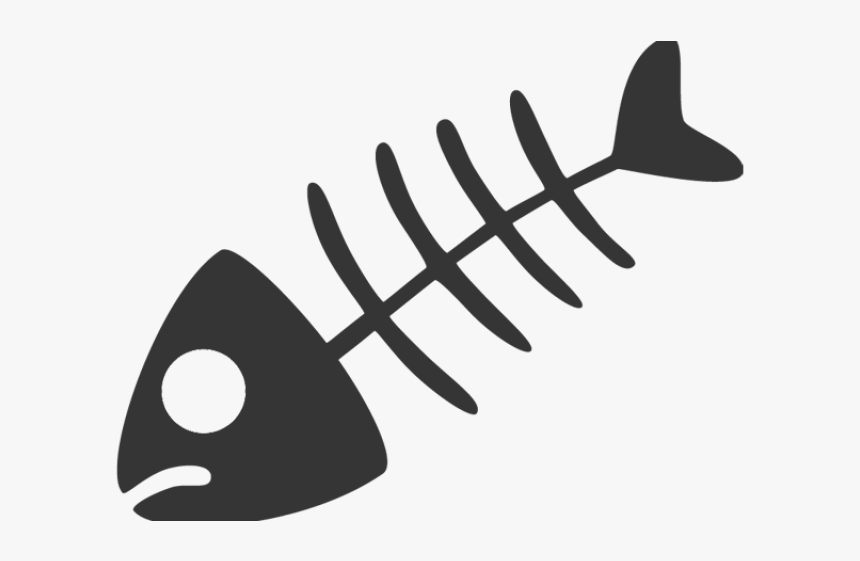 ‘‘How’s your love life Lignon?’’ asked Irish Mike one night at The Slovak Pub. It was one of those sleepy midweek gatherings that had kicked off with half a dozen teachers, but soon fizzled out to just a few late night stragglers. ‘‘Ha!’’ I replied taking a gulp of Zlaty. ‘‘I’d say… Interesting… confusing… unpredictable… and not half as eventful as you’re thinking’’.

There was an expectant silence as beside me Ben shrunk back into his chair, doing his best to suppress a chuckle. ‘‘You bastard’’ I muttered, without even turning to look at him.

I met Busminx on the bus (funnily enough) on the way to the train station as part of my weekly commute to the city of Štúrovo. Claiming the empty seat next to me, she immediately began chatting away in Slovak, unperturbed that I obviously had no idea what she was saying.

She was a cute little thing with long strawberry blonde hair, a cheeky smile and expressive, hazel eyes. But I immediately knew she was too young. In fact, if I had to guess, I’d say maybe sixteen.

Realising I didn’t speak Slovak, she just sat there openly observing me as if trying to figure out how to best proceed. Initially, I found this quite amusing. But after several repeat performances I started getting anxious and by the time we reached the train station I was dying to make my escape.

This routine went on for a few weeks, during which her confidence bloomed. She learned a few English words and proudly unveiled them to me, drumming on my legs with her hands when I gave her the obligatory ‘‘very good’’ response she seemed to crave.

When Ben began joining me on my weekly expeditions, the poor girl looked devastated when she realised it was no longer possible to sit next to me. Rather, she had to make do with indiscreet glances from across the bus.

With no idea what her name was, Ben eventually crowned her Busminx and the moniker stuck. Needless to say it was a situation both Ben and Goldblum found hugely entertaining.

Goldblum would say, feeding Ben the ammunition he needed. “Yeah of course she is’’ he’d snigger with a wide grin, ‘‘it’s on the school route!’’ ‘‘Fuck off Ben!’’ came my unchanging comeback.

One day Busminx suggested we exchange phone numbers. A proposition that, in the heat of the moment, I unwisely agreed to. The resulting texts that came my way were absurd, due to the fact that she seemed to be using Babel Fish to translate her sentences.

‘‘Foreign be handsome, more than the homegrown’’ came one memo.

‘‘The tracks for my heart might work with rose, or other love flower’’ revealed another. Goldblum lapped them up, laughing so hard I feared he might pass out. ‘‘I sad today’’ came a further dispatch, ‘‘me fish be dead’’.

It was at this point that I decided to stop replying. I told myself it was a case of having to be cruel to be kind. I even figured out a way of taking an earlier bus in order to eliminate our weekly encounters. 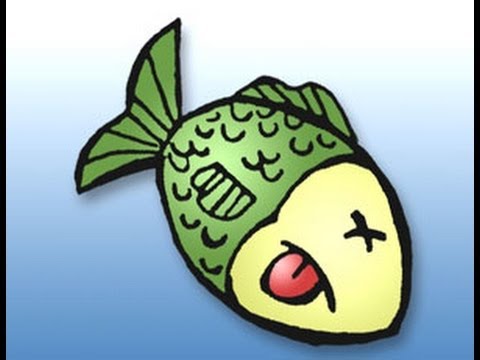 ‘‘Lignon… Lignon…. Lignon….’’ laughed Paul, after I’d finished telling the story. We were settling the bill and readying ourselves to head out into the frosty Bratislava night.

Making for a nearby tram stop on Obchodna Street, Irish Mike leaned in conspiratorially, whispering the question I got at least twice a week from my fellow teachers. ‘‘So what’s the deal with you and Sladjana?’’

It was a query I still didn’t have an answer for, at least not a satisfactory one. Sladjana and I were definitely more than friends, and yet the exact nature of our relationship seemed… undefined.

Slowly but surely, those first few months of endless flirting had morphed into something more intimate. Despite my all-too obvious eagerness, she said that our thing be kept casual. Moreover, she insisted that in public we should behave as if nothing was going on. I got the feeling she was playing the field, but nevertheless decided just to enjoy things for what they were and see where they led.

Over the winter months we embarked on a number of weekend trips together. In most cases they were spontaneous getaways that offered an escape from the daily grind of Bratislava. Our first jaunt took in the nearby city of Trnava, where we spent most of the day hanging out at various cafes in and around the picture perfect Square of the Holy Trinity. 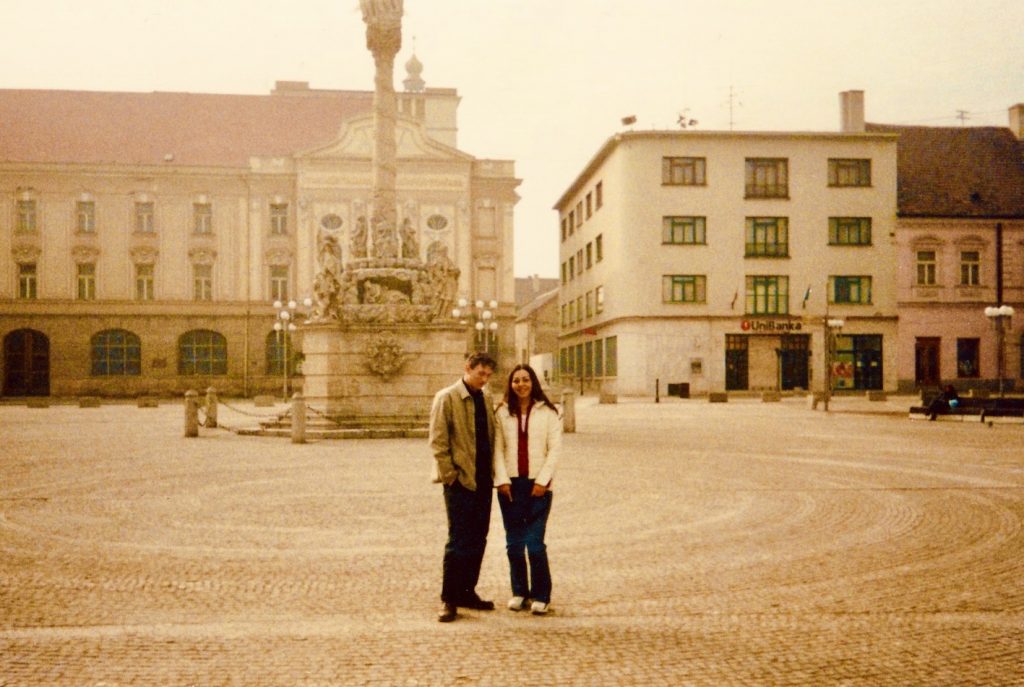 Square of the Holy Trinity, Trnava.

A later outing to Nitra saw us take a short hike that afforded picturesque city views from the foot of Zobor Mountain. It was on these breaks that I felt Sladjana finally let her guard down and drop the ice queen persona.

For the first time we really started to talk and she seemed buoyed by the anonymity provided by nowheresville, Slovakia. In many ways it was a glimpse of what could have been between us. 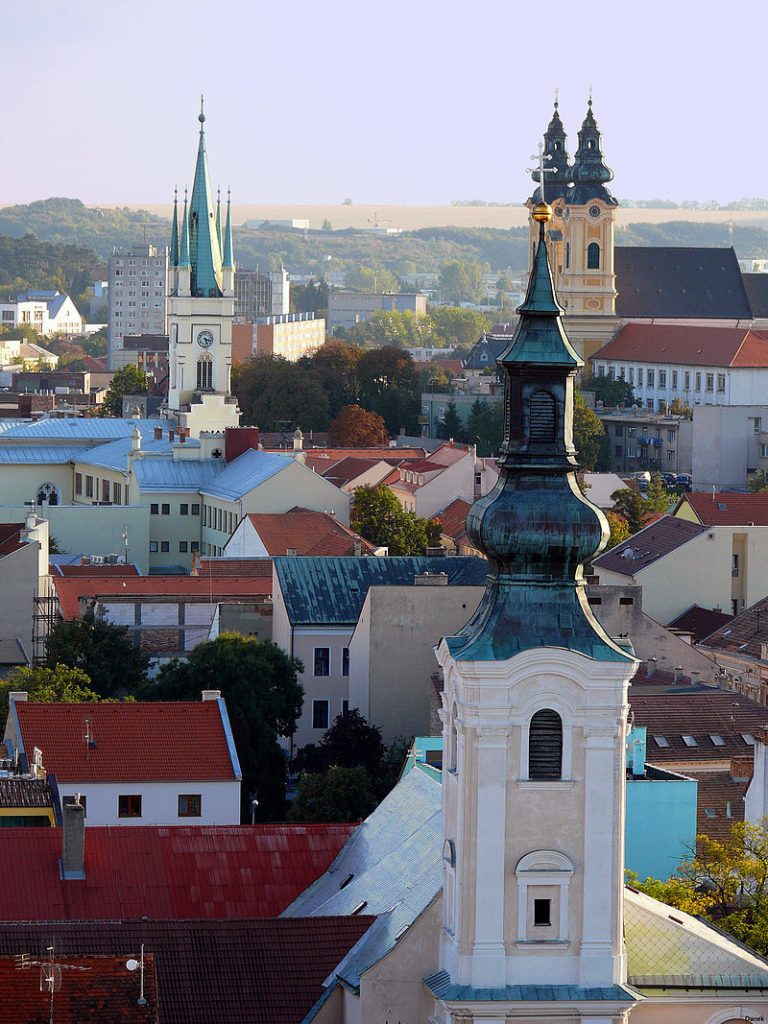 Our most memorable excursion was to Komárno, a Hungarian border town nestled on The Danube. With its crumbly, forgotten buildings and desolate streets, I found it hard to believe this was once Slovakia’s principal river port. As the historic seat of the country’s Serbian minority, Sladjana was keen to check out the town’s eighteenth century Serbian church. 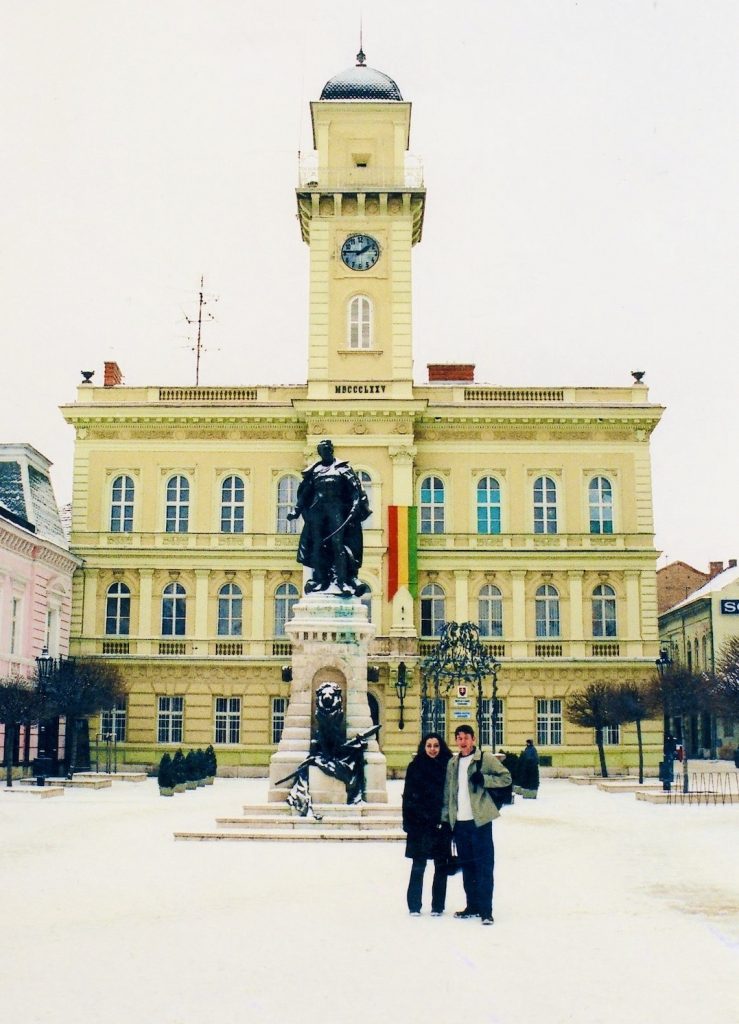 After dinner at a traditional Slovak restaurant, we suddenly realised that we’d lost track of time. Hastily settling the bill, we rushed off to the station to catch the last train back to Bratislava. Unbeknownst to us, it had been snowing while we were inside and there was already a thin white sheet covering the streets.

On arrival we discovered that our train had been delayed. So we had no option but to sit shivering on the platform awaiting further news. Then the announcement came through that the service was cancelled!!!

With both of us due to teach morning classes back in Bratislava, we were determined to find a route back to the capital! Searching for someone who could help, I tried to picture Little Katka’s face as we called her to explain our predicament. It wasn’t a welcoming image.

‘‘No train!’’ barked the attendant.

He wasn’t a friendly man and somehow I imagined he was well rehearsed with these choice few words of English. Through meticulous hand gestures, patient pigeon English and a few well-placed Slovak words, we managed to get ourselves onto another train that terminated in some god-knows-where city halfway to the capital. From there, we’d have to change lines and hope that a route was running back to Bratislava. If not, it would definitely be a hotel, disgruntled students and an infuriated Little Katka.

That first train ran for an hour or so before dumping us at a seatless, shelter-free platform. At the far end hung an electric board, which suggested a Bratislava train would be coming… at some point. It was freezing cold and perfectly silent on that platform, the snow continuing to drift down on us through the fog.

It was amazing, our own personal winter wonderland. ‘‘It’s beautiful’’ said Sladjana, performing a playful twirl. ‘‘Take a picture of me’’. So I did, securing a shot that I’ve always felt perfectly captured the atmosphere of that strange and magical winter’s evening. 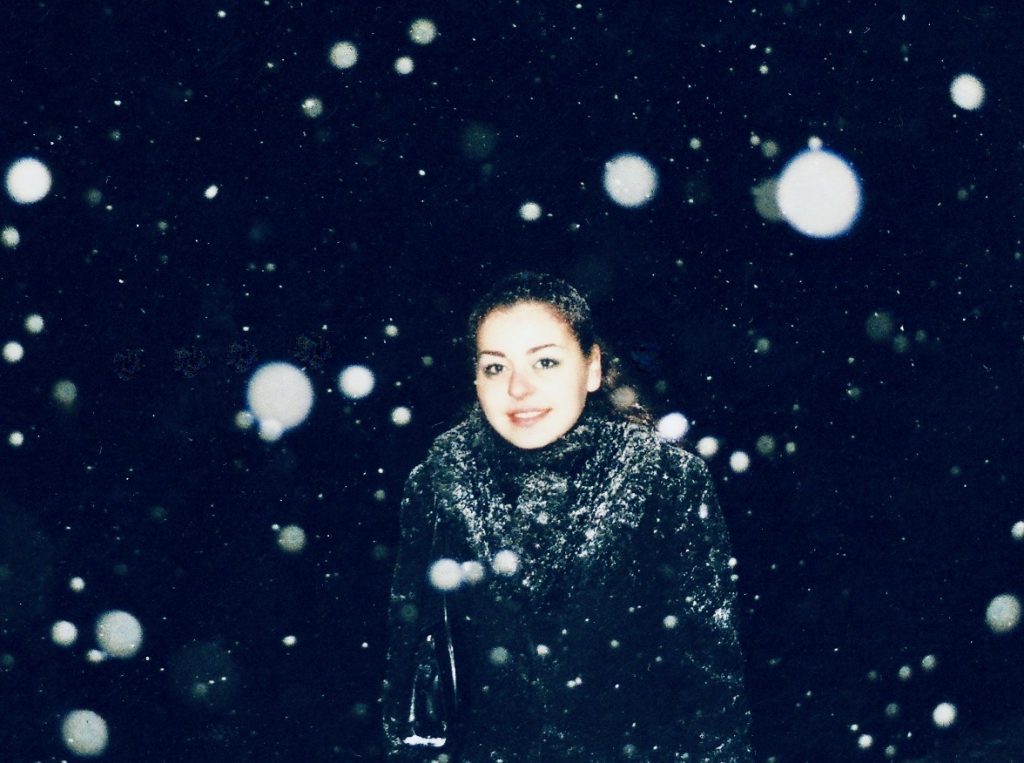 A few minutes later we were startled to hear distant voices. Soon they grew nearer and two shapes began to form through the mist. And so appeared two drunken Slovak guys, stumbling merrily towards us.

‘‘Dobrý vecer!!!’’ called the taller of the two, a raised bottle of Vodka in one hand, a lit cigarette dangling from the other. With snow-capped hair and a scraggly goatee, he cut a comical figure. Beside him, his diminutive accomplice merely beamed at us, puffing on a cigarette of his own.

‘‘Hello!’’ I called, as they came to a stop before us. ‘‘Oooooh!!!’’ replied tall goatee, with wide eyes. ‘‘It is the Eeengleesh! Welcome to Slovakee!’’ Eyeing Sladjana with a look that transcended a passing interest, he offered me a swig from his bottle. But I politely declined and we killed the time with some tedious small talk that didn’t really go anywhere. ‘‘Where are you going?’’ asked Sladjana, as they finally bid us farewell.

‘‘Hmm’’ mused tall goatee, stroking his chin apparatus. ‘‘I’m not sure, where go we Luká?’’

But his accomplice just shrugged, grinning a silly grin. ‘‘Ach who knows, we just follow the snow’’ said tall goatee. With a clumsy bow he put his arm around his friend and led him away. Smirking at each other, Sladjana and I watched them trudge off until they completely disappeared into the fog. 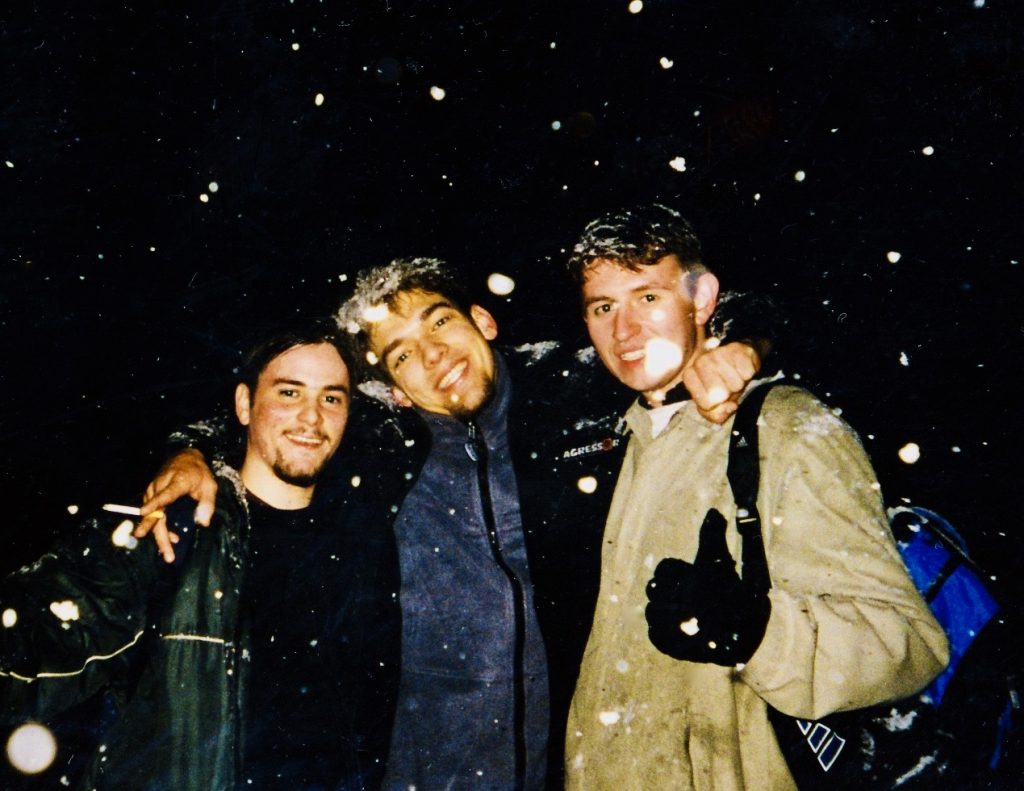 When the train finally showed up we were overjoyed. It was a long, cold journey back and there was barely a soul onboard. Huddling up in a damp creaky carriage, we dozed off together, Sladjana’s head resting on my shoulder as an impenetrable blackness flew by the window.

It was just after 3am when we reached Bratislava. From the station there wasn’t a taxi in sight, so we actually walked back to Dlhé diely. When at long last I plodded through the door, I managed to wake up Goldblum, who’d fallen asleep on the living room couch with his latest paperback. ‘‘Where you been kid?’’ he yawned, rubbing his eyes. ‘‘God knows where’’ I replied, so worn-out I could hardly stand.

Gulping down a mouthful of water in the kitchen, I lumbered off towards my bedroom, where three hours of glorious but insufficient sleep awaited. ‘‘Hey Lignon!’’ called Goldblum, stopping me in my tracks, bedroom door in hand. ‘‘Yeah?’’ ‘‘Busminx called, she said her fish still be dead’’.

‘Me Fish Be Dead’ is the tenth tale of my short story series The Slovak Files.

You can also read my extended retro travel report from Bratislava.