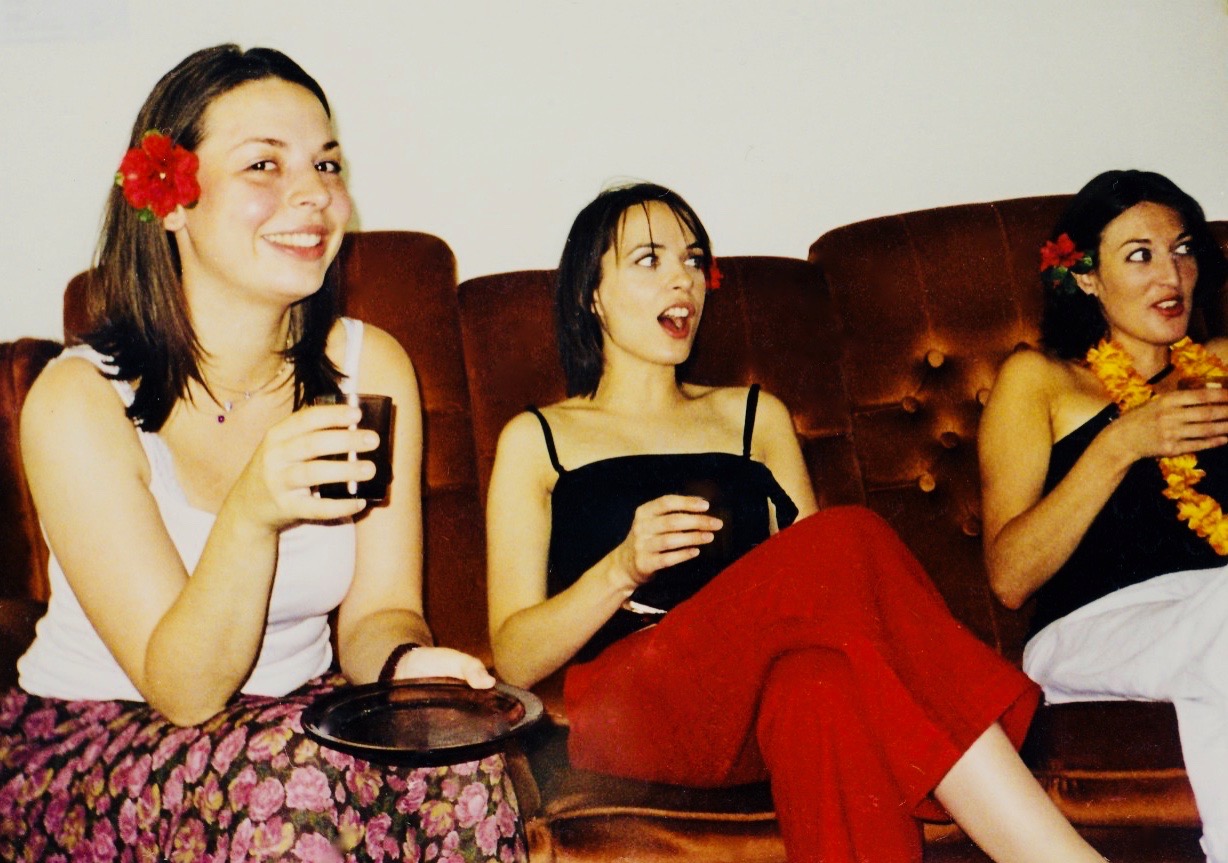 ‘‘Minx alert!” announced Goldblum one morning, arriving at our table with a coffee and a sorry looking McMuffin. “Where?’’ asked Ben, craning his neck. ‘‘Not here’’ chuckled Goldblum. ‘‘I was talking to Little Katka, she says three new gals have arrived. Guess where they’ve shacked up?’’

“On the hill?’’ I asked, with a sleepy smile. ‘‘Yah’’ he confirmed, taking a chunk out of his eggy monstrosity. ‘‘Looks like we’ve got three new neighbours’’.

‘‘No guarantees they’re minxes” pointed out Ben, nursing his coffee. ‘‘Irish Mike has already gotten a glimpse’’ explained Goldblum. ‘‘And he forecasts a general outbreak of Minxomatosis”.

The arrival of three new female teachers was big news in the Bratislava expat community. Hence it rapidly spread like wildfire across the school. And it wasn’t long before a gathering had been arranged at The Slovak Pub to officially welcome them.

I met Emma first, a tanned Scottish girl with a scandalous cackle of a laugh. Moreover, she had a certain sophistication that brought to mind a 1940s Hollywood actress. A touch of Rita Hayworth meets Veronica Lake. It took me about three seconds to realise Goldblum had taken a shine to her.

Next I chatted to Katie, another Scot, from Aberdeen. Playful, funny and unintentionally flirtatious, pretty much all the guys had a thing for Katie. But alas she was spoken for with a long-term boyfriend in London.

Last but not least was Julia, a pretty, pocket-sized girl from the South of England. Julia and I hit it off straight away, and by the end of the evening I’d somehow managed to secure a date. This became quite the topic among the guys, with Irish Mike particularly tickled by my accomplishment.

“Lignon, you’re such a player!’’ he exclaimed.

We were having breakfast with the guys when he gave his somewhat skewed version of events. ‘‘You should have seen him, he basically interviewed the three of them and handpicked the one he wanted!’’ Not how things had unfolded at all. But hey, it certainly did no harm to my Minxology kudos. ‘‘Good times!’’ exclaimed Rich. 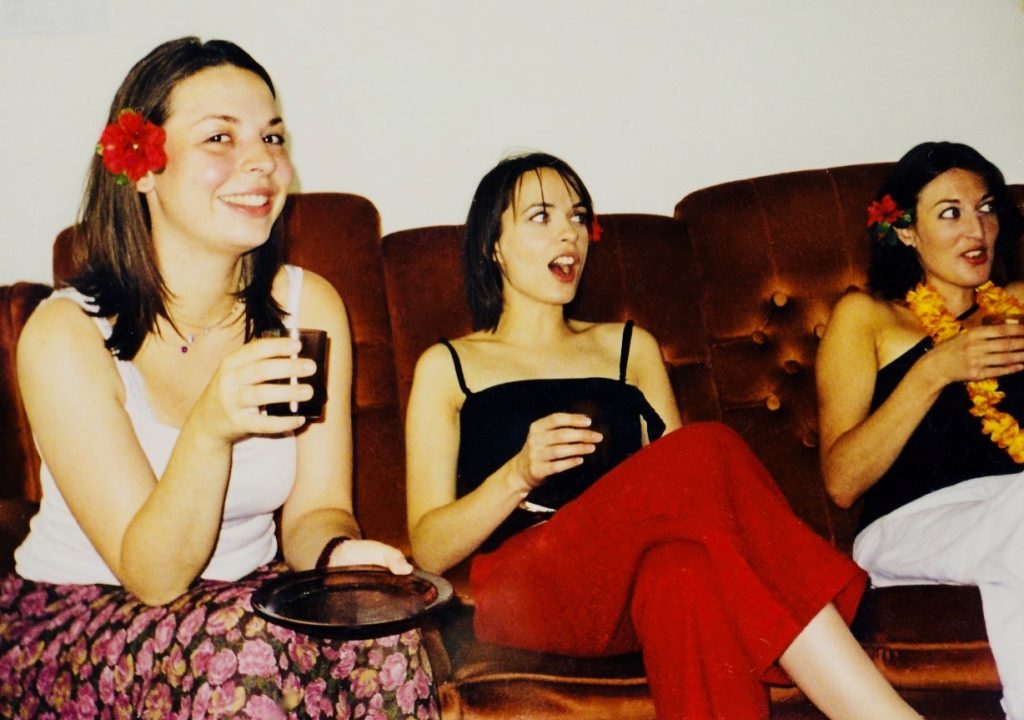 Julia, Katie and Emma lived in a tower block just ten-minutes away from our own building on Dlhé diely. Their residence was quickly named Minx Manor, and it was from there that I picked Julia up on our first date. There was a definite connection between us. I found her to be smart, inquisitive and pleasingly quick-witted. Not to mention refreshingly straightforward.

We were having dinner at Mario’s, the hill’s cozy little Italian joint. ‘‘I asked around… wanted to make sure you weren’t some kind of ladies man’’. ‘‘Ha!’’ I replied, shifting in my seat, ‘‘you obviously haven’t spoken to Irish Mike’’. Shooting me a mock-frown, she took a sip from her glass of red wine before hitting me with a curveball. ‘‘I see, and what would he tell me? Something about Sladjana?’’

Getting over my initial shock, I composed myself and gave Julia the whole story. It wasn’t easy explaining the ambiguous nature of my relationship with Sladj. Nodding and smiling thoughtfully throughout, she said she understood and that it was a subject we could revisit further down the line.

Two dates later, we were at The Dubliner with the usual Friday night crew. Rich and I had just finished another stirring karaoke performance of Don’t Let Me Down. Taking Julia by the hand, I led her outside for some fresh air and we rather clumsily concluded that yes, we liked each other. And yes, what we had should be exclusive. It was a sweet moment, the sharp evening chill punctuated by the smell of sizzling meat from a nearby market stall. 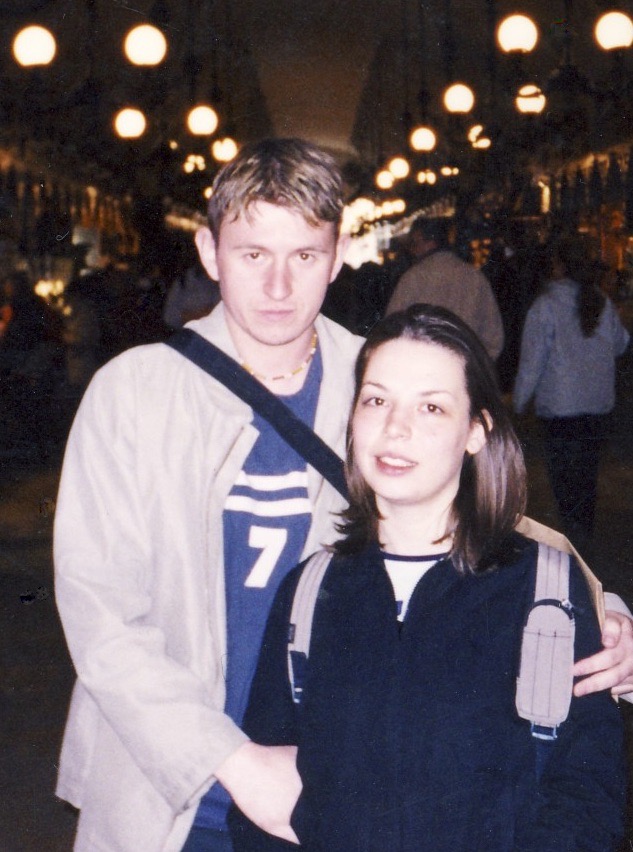 That night I tossed and turned thinking about how to tell Sladjana. And then I wondered if I even needed to. After all, she’d always been so blasé about things between us. Luckily I was spared any awkward explanation when I bumped into her the next day at school.

“Oh hey’’ she said, looking up from a pile of homework in the teachers’ room. ‘‘Hey’’ I shot back, grateful that we were alone, free from prying eyes and pricked ears. We tiptoed around the elephant in the room with some small talk and then, just as I was about to bring it up, she beat me to the punch.

‘‘So you’re with this English girl now? What’s her name?’’

‘‘Julia’’ I blurted out, unable to decorate my answer with further information. ‘‘Ok… well, I hope it works out’’. Turning back to her marking, Sladjana was clearly done with the topic and I really didn’t know what else to say.

‘‘Sladj is PISSED about you and Julia’’ laughed Ben.

We were on the tram, heading back up to the hill after a day’s teaching. A sheet of light rain splattering against the scuffed windows. ‘‘Wait, she said that?’’ I asked, incredulous. Sladjana had always played it so cool with me. She’d always seemed so in control that it was hard to imagine her getting worked up about anything.

‘‘She was seething’’ he grinned, visibly amused by the situation. ‘‘I told her come on, you can’t have it both ways. You know how much Leighton liked you, but you held him off’’. Good old Ben, he understood the situation perfectly, providing Sladj with the kind of blunt assessment I really should have delivered myself.

And so Minx Manor marked a major turning point in my Bratislava experience. Inevitably, I stopped hanging out with Sladjana altogether and, as winter gradually melted into spring, the social scene became more localised.

Goldblum, Ben and I mostly hung out with the girls up on the hill in Dhle Diely. We ate at Mario’s and chilled with drinks at Minx Manor. From time to time, we held movie nights at our place.

One weekend, the apartment crammed with Delvita snacks and enough alcohol to flood a Slovak village, we worked our way through The Office, episode for episode. 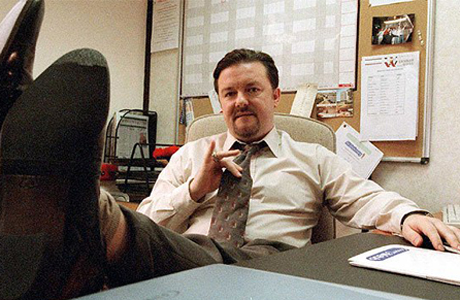 Everybody got on exceptionally well and there was no drama or tension of any sort. Goldblum’s interest in Emma was clear for all to see and for a spell it looked like something might develop. However, for whatever reason, nothing materialised.

Ben and Katie flirted endlessly, but it was harmless teasing for the most part. This became crystal clear when Katie’s boyfriend Amir came to visit one weekend from London. ‘‘Bollocks’’ whispered Ben, when Katie unveiled the news of his impending arrival.

With the days becoming warmer and longer, we gleefully resumed our investigations of Central Europe. In April 2003 we paid a visit to the ruins of Čachtice Castle, the fifteenth century home and later prison of Slovakia’s infamous Bloody Countess.

Believed by some to be the world’s most prolific female serial killer, Elizabeth Báthory de Ecsed tortured and murdered hundreds of girls over a period of twenty five years. Legend also has it that she bathed in the blood of virgins in order to retain her youthful looks! 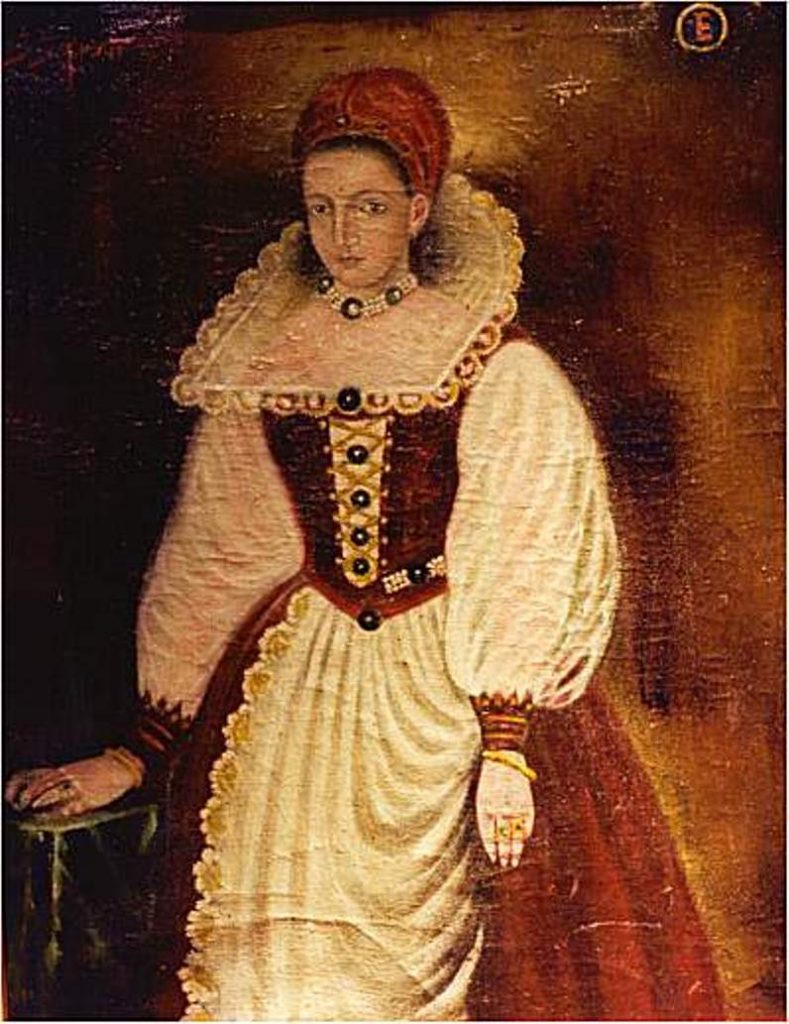 Thankfully, things were less eventful on the day we visited. Enjoying an invigorating hike through a national nature reserve, we found the castle deserted and peaceful, with striking views over Čachtice’s sleepy little village and the sweeping countryside beyond. 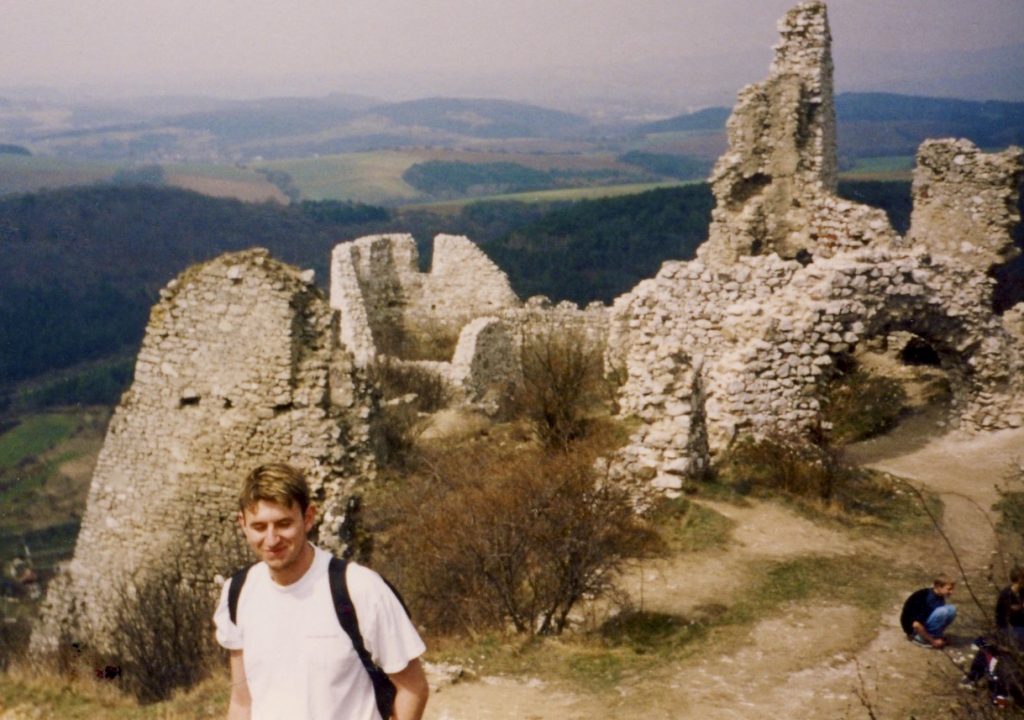 A few weeks later I returned to Budapest, where a large group of teachers converged for Sheila’s birthday. Ben, Goldblum and I also made it back to Vienna, with Julia, Katie and Irish Mike in tow. The Austrian capital was a whole different animal in the sunshine. Almost like another planet compared to the grey, rain-ridden place we’d experienced that weekend eight months earlier. 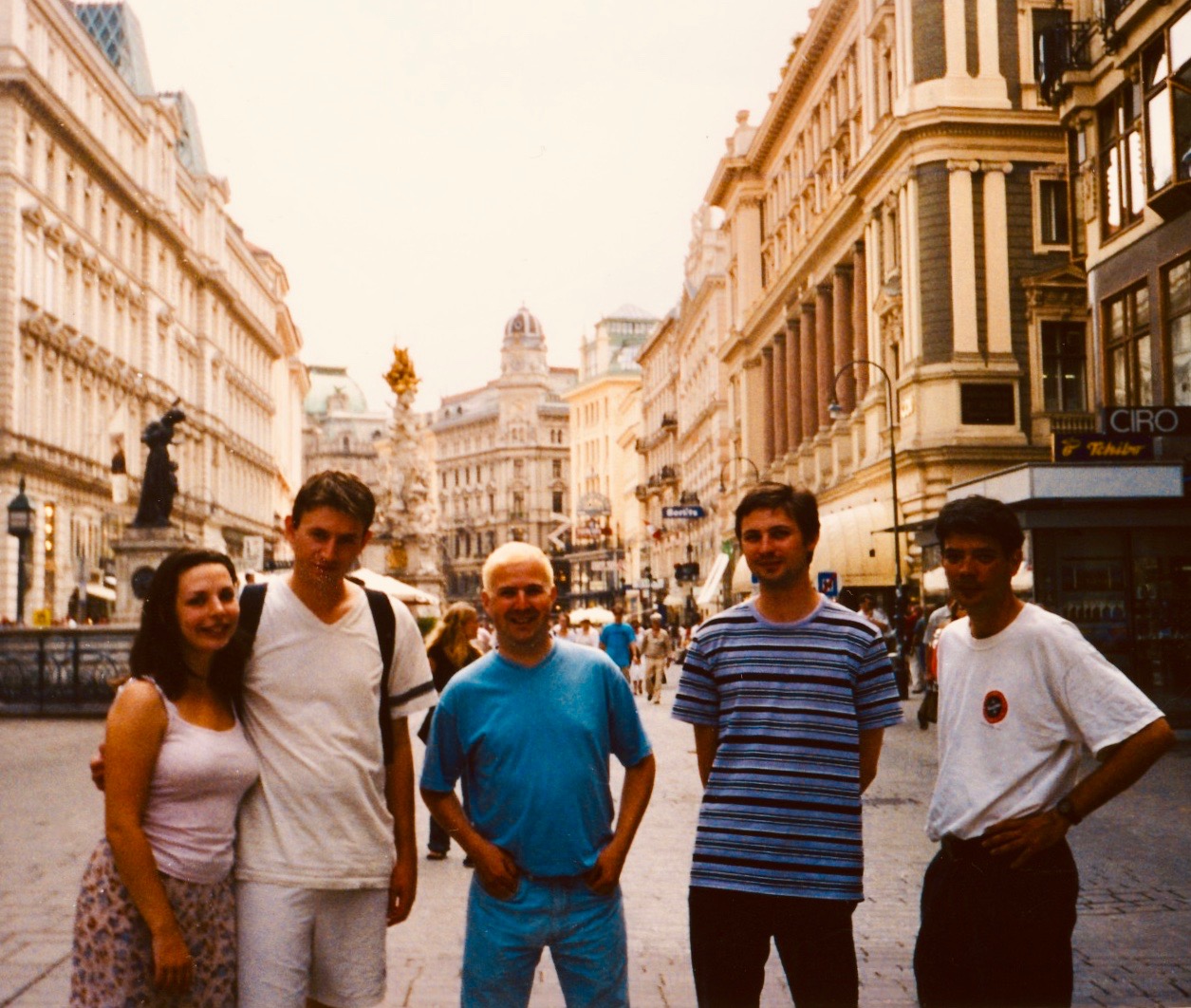 Perhaps most memorable of all, I undertook my first trip to Poland, with around ten of us taking the train over to Kraków. We had a grand old time, with long, laughter-filled dinners and afternoons spent drinking beer at a café terrace on the main square. Horse-drawn carriages trotting by as we talked.

Furthermore, I remember climbing the Town Hall Tower, checking out the kitschy Dragon Cave and chilling out in The Chakra Corner of The Royal Castle. We visited The Jewish District too, stumbling upon a cobbled street used by Steven Spielberg for the filming of Schindler’s List. 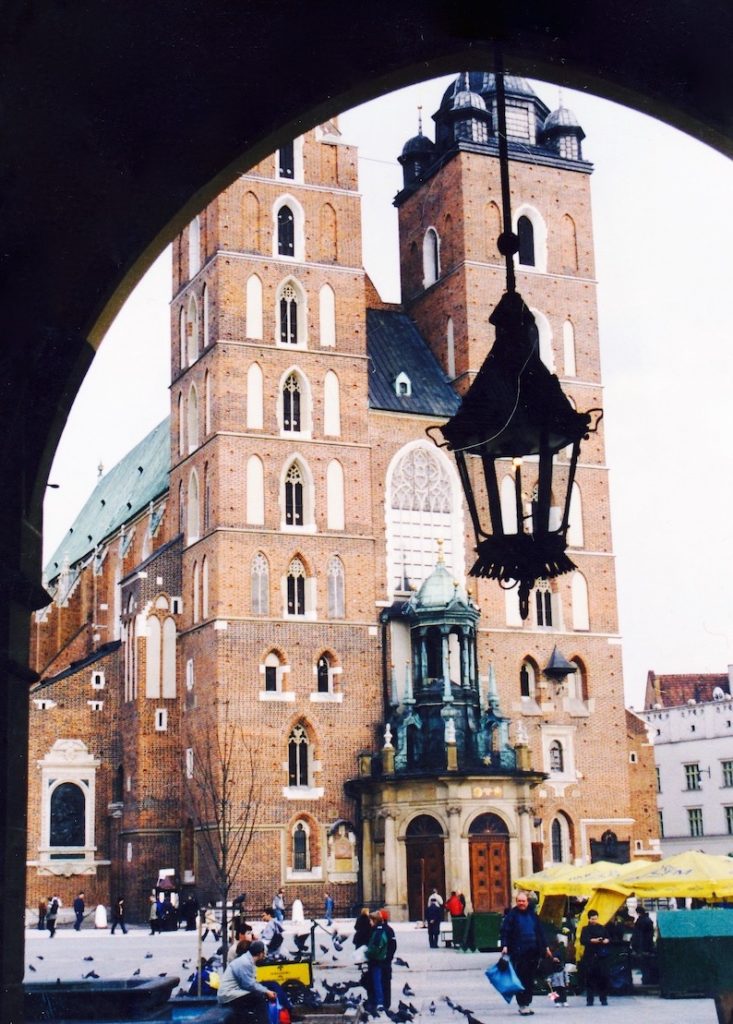 And of course, it was essential to visit the nearby town of Oswiecim for the sorrowful sights of Auschwitz and Birkenau. With its piles of unclaimed shoes, rows of barbed wire fences and haunting train tracks, that day served as the ultimate comedown. A stark reminder of the sacrifices made so that I could play out my privileged lifestyle teaching abroad. 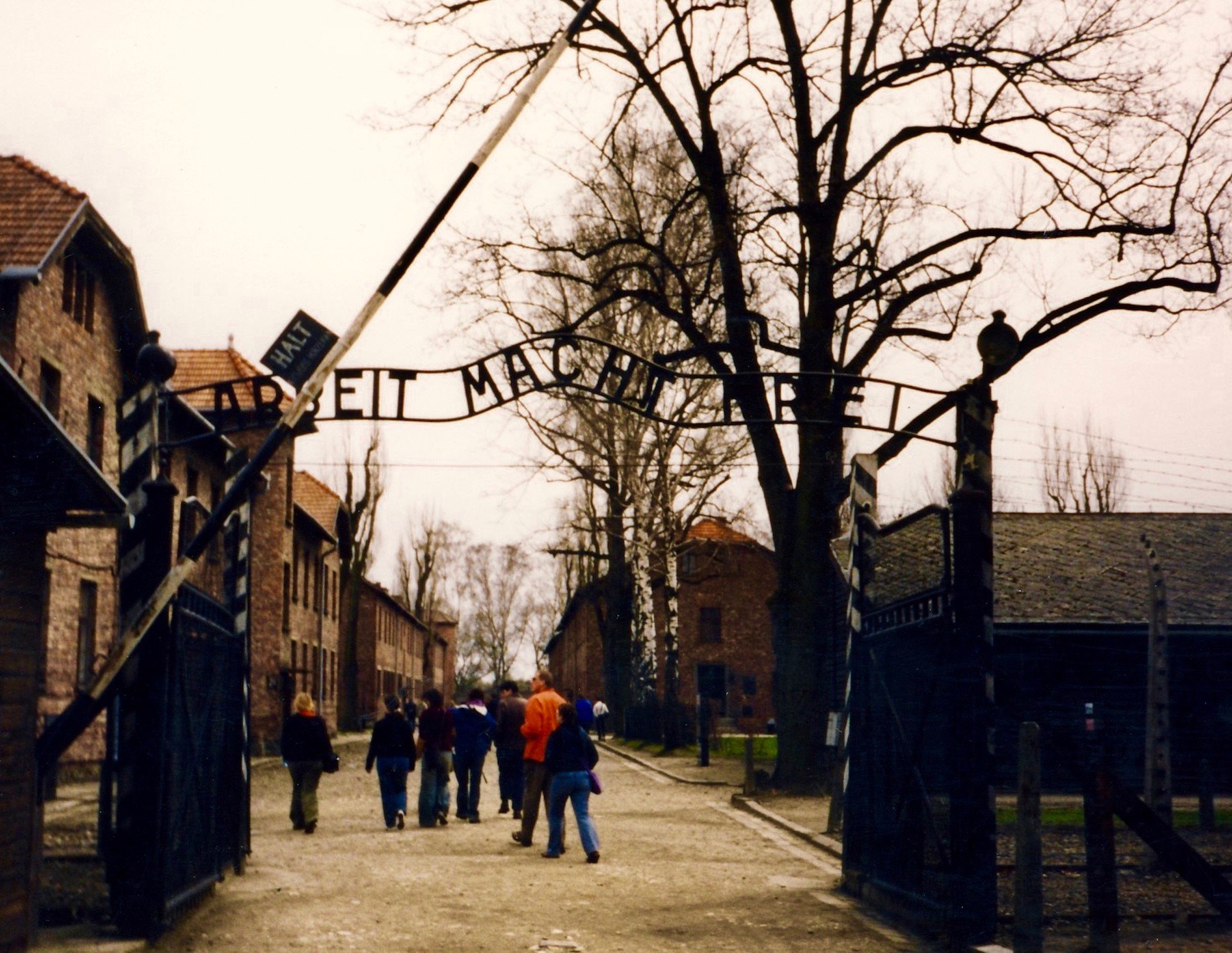 For me these months flew by in a sort of dreamy haze. When I woke up one morning to discover it was summer and our contracts were nearing an end, I couldn’t quite believe it.

How had this happened? Why had nobody warned me?

‘‘Anybody thinking about doing another year?’’ I asked one gorgeous June afternoon, a bunch of us stretched out around an Obchodna street café. My question was met with an engulfing silence.

Eventually, there came a low indistinct murmur from Ben, a muffled “maybe’’ from Goldblum. It was there and then that I understood that it was game over. That we were running the final furlong of what had been an amazing race.

That night, back at the apartment, I was sitting alone in our enclosed balcony staring out over Dlhé diely. I couldn’t help but think back over the events of the past year. Of my wide-eyed arrival, the vicious attack on Jon, the road trip and company classes on the other side of the country. I thought of Adminx, Busminx, Beer Bottle Machine and The Snow Abyss. Of all those countless McDonald’s mornings and Slovak Pub nights.

I was really going to miss Bratislava, the people even more so. And yet, deep down, I also understood that it was probably time to move on. That our shared experience was a one-off thing that couldn’t be replicated.

Somehow, it felt inevitable that a second year would be a disappointment. Suddenly, I felt a wave of the blues wash over me. But before it could take root, I gave myself a shake and remembered that the year wasn’t quite over. We still had a few weeks left and it was imperative that we all make the most of it. 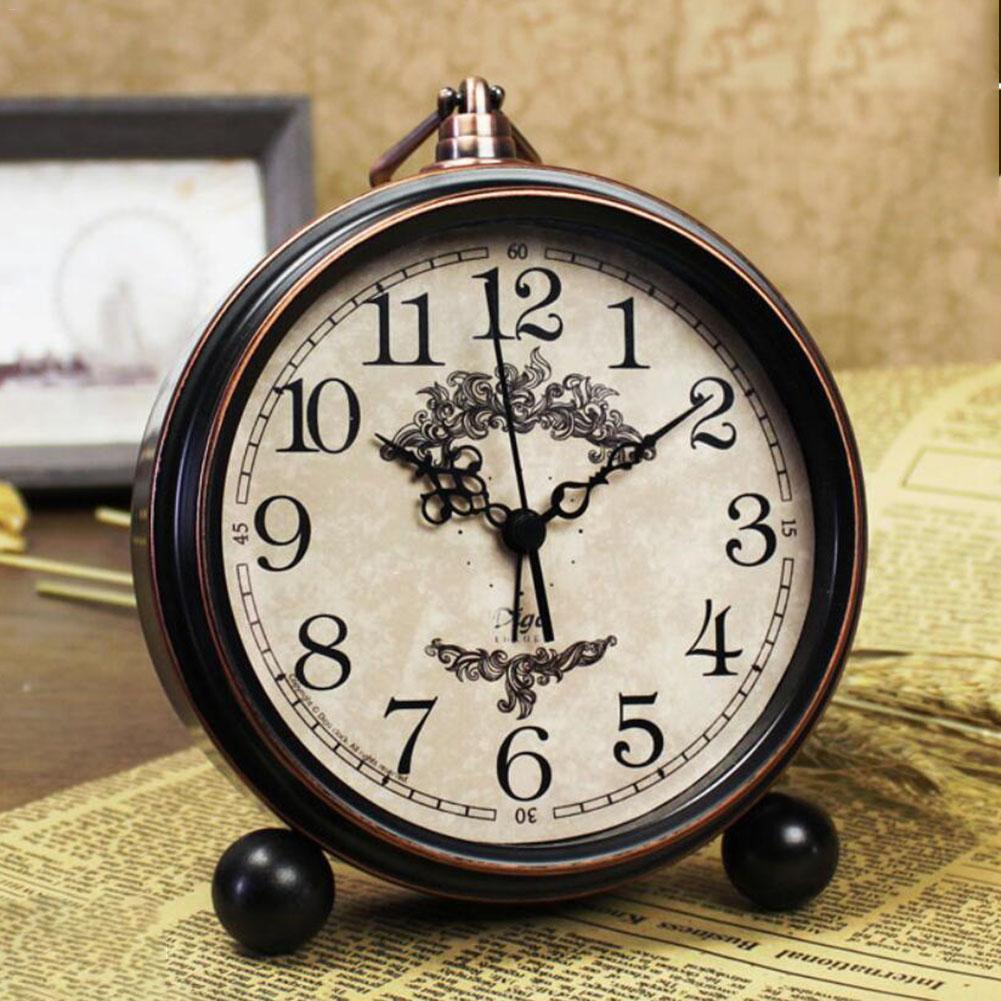 ‘Hey Lignon!’’ called Goldblum, popping his head through the door. ‘‘We’re meeting the minxes at Mario’s, you hungry?’’ ‘‘Yeah man!’’ I called, jumping up. And off we went, the clock ticking down on our great Slovak adventure.

‘Minx Manor’ is the eleventh chapter of my short story series The Slovak Files.

You can also check out my travel reports on Bratislava, Budapest, Krakow and Vienna.