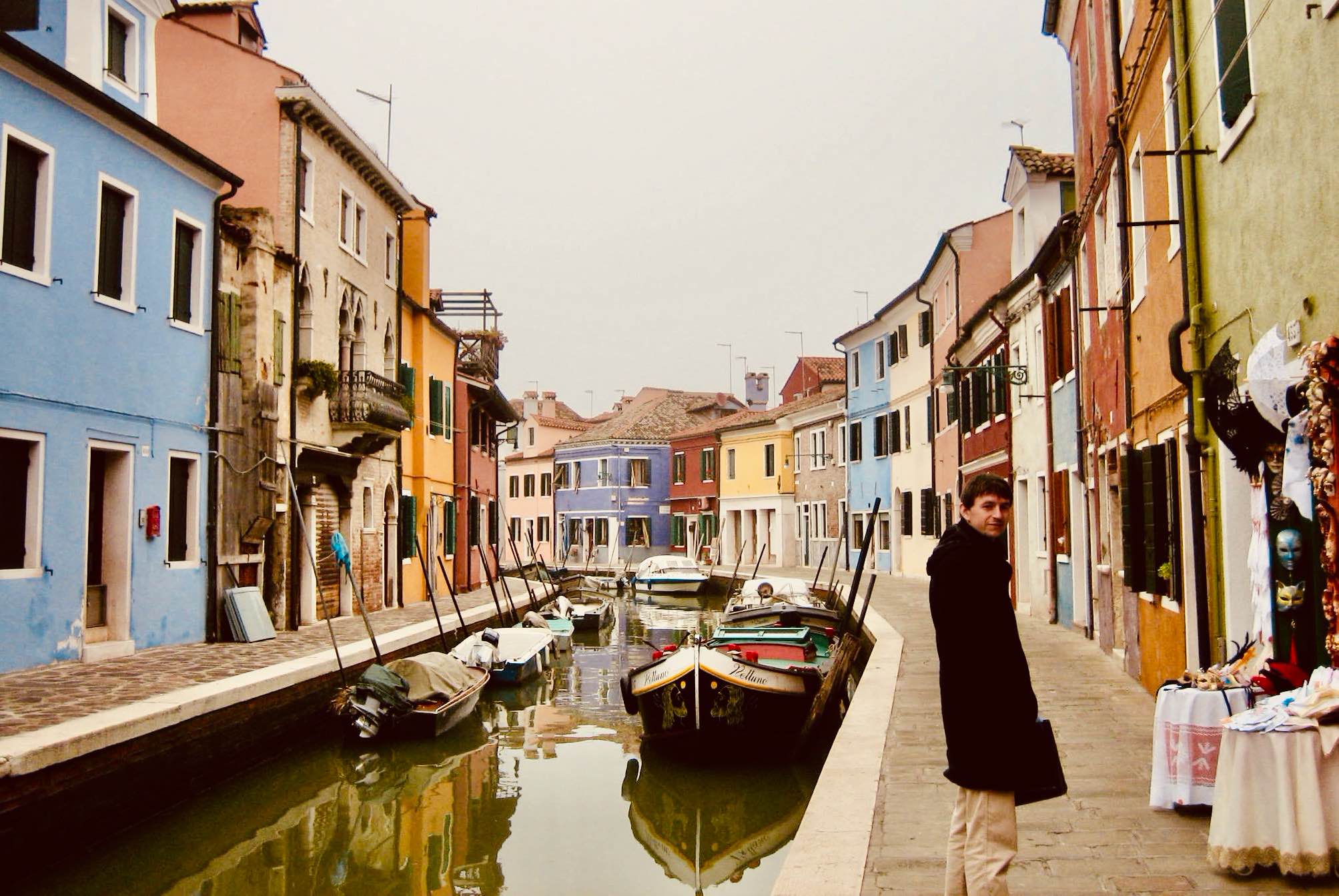 The pretty Italian island of Burano sits in the northern Venetian Lagoon, just a forty five minute boat ride from the city of Venice. Home to just two thousand residents, Burano is renowned throughout Italy for its lace production and charming, multicoloured houses. In fact, this tiny island often pops up on magazine lists as one of the most photogenic places in the world! Thus I made sure to include a little Burano time during my long weekend visit to Venice.

On the way to Burano Island from Venice.

It couldn’t have been easier to get there. All I had to do was walk down to the city’s Fondamenta Nova Ferry Terminal and grab one of the water buses (vaporetto) that leave every twenty minutes. Soon enough we were whooshing through the water away from Venice, the city rapidly disappearing behind the thick January fog. 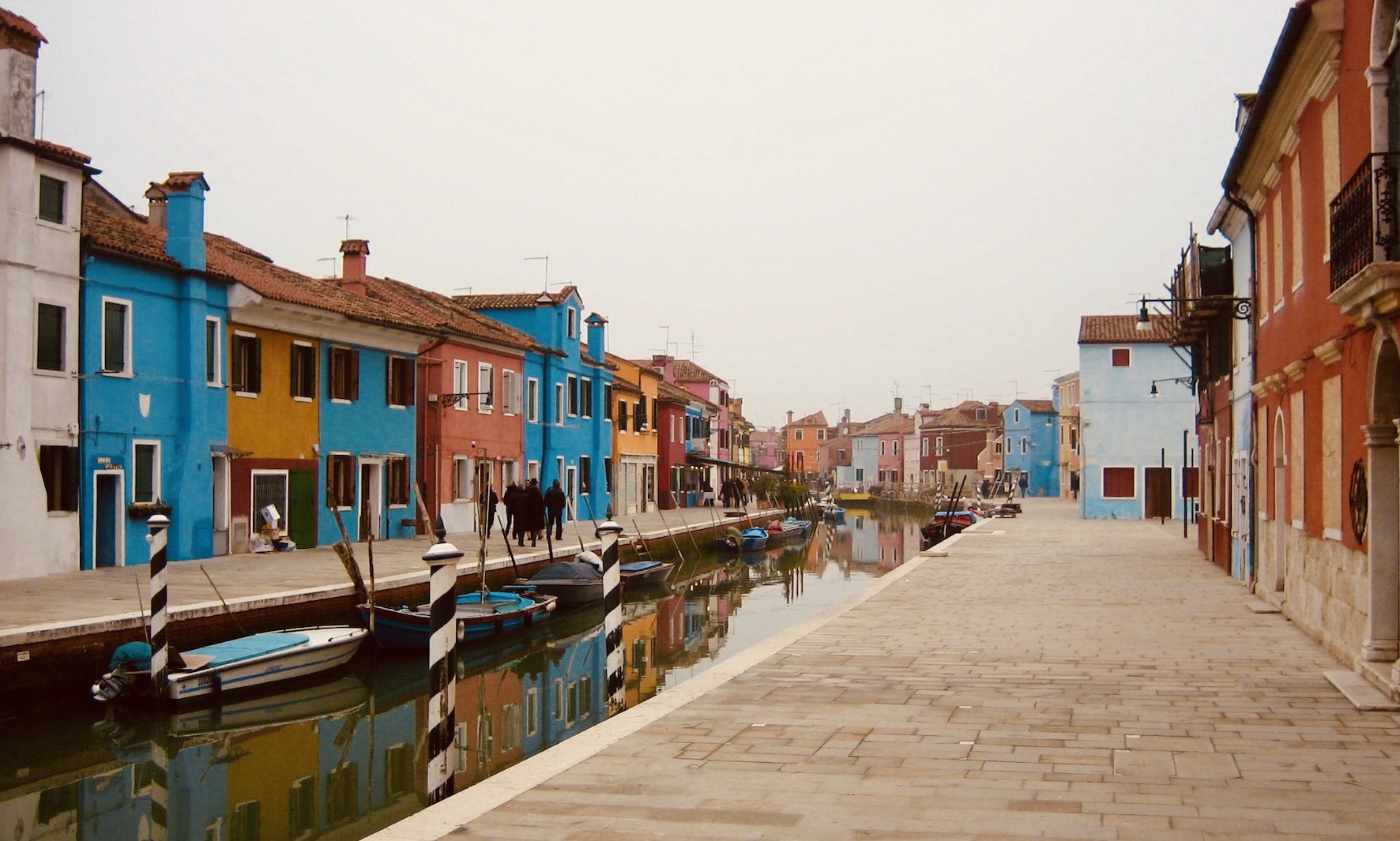 The Island dates back to the 6th century when it was settled by Romans fleeing the mainland because of hostile invaders. According to historians, its first community was most likely a group from Altino in northeastern Italy. Moreover, they reckon those first inhabitants named the island after a grand city gate that once stood in Altino, Porta Boreana. 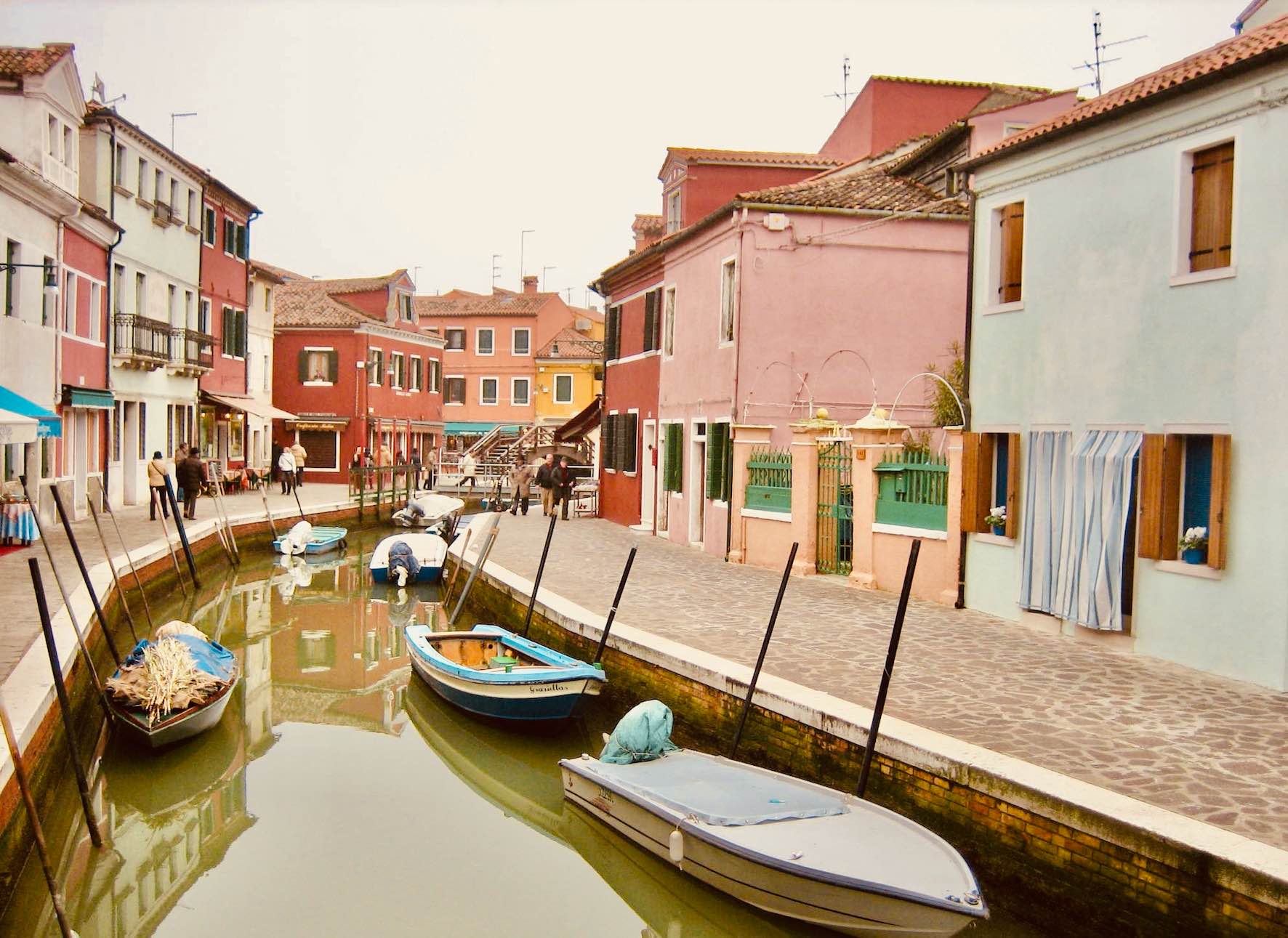 The island began life as a fishing village and it was the fishermen themselves who began the tradition of painting the houses so that they could always see their homes while out at sea. Even on a dark, foggy day like this one. 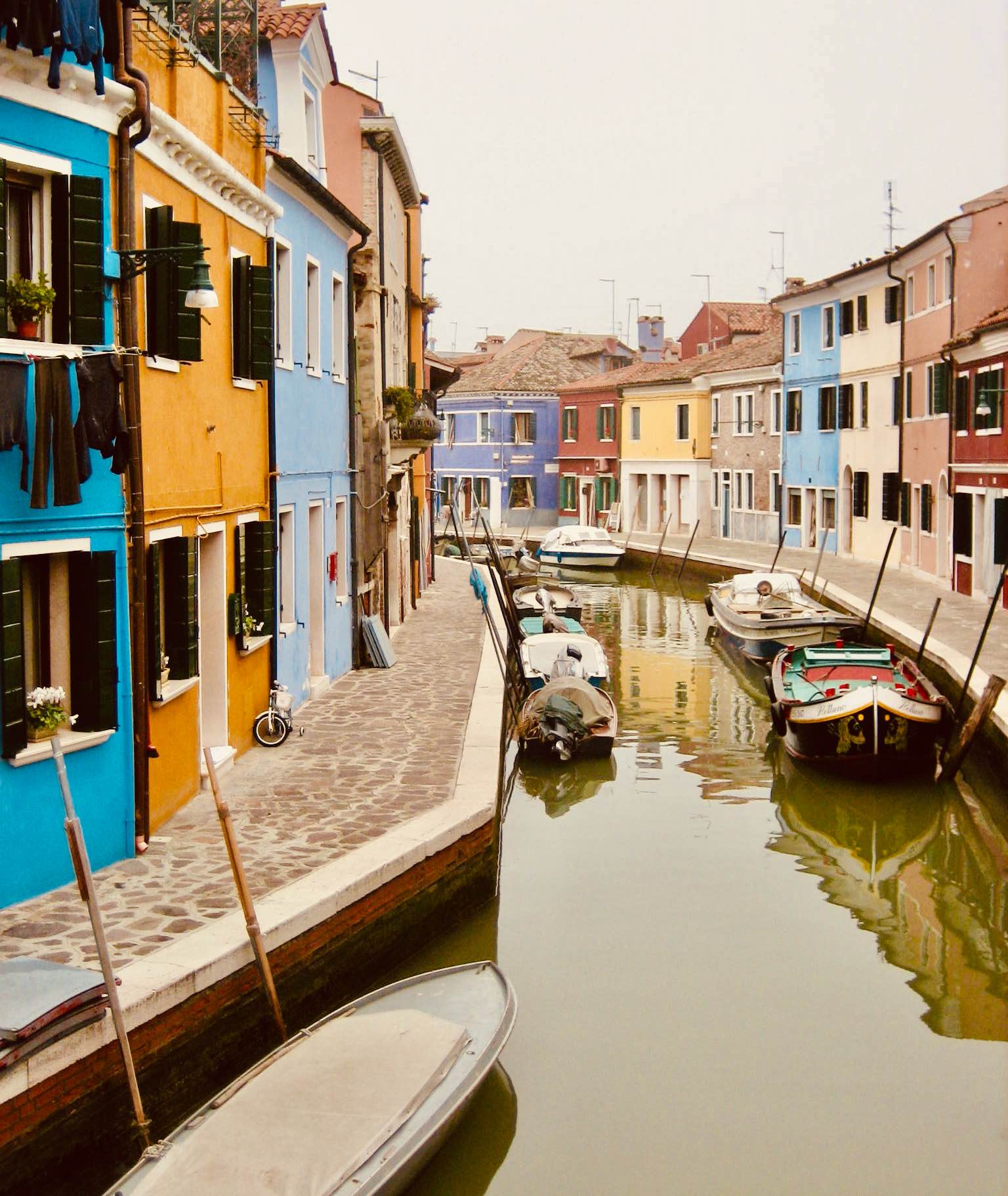 Over the centuries, people began travelling from all over Italy and beyond to come and see the island’s colourful homes. And the tradition remains strong today, though it’s much more complicated than you might imagine.

For example, if anyone wishes to change the colour of their house, or even apply a fresh coat of paint, they have to send an official request to the Italian government! Then, it’s a case of waiting for the relevant office to send a form in which you choose your desired colour. Apparently, they don’t grant every request, much to the irritation and confusion of local families. 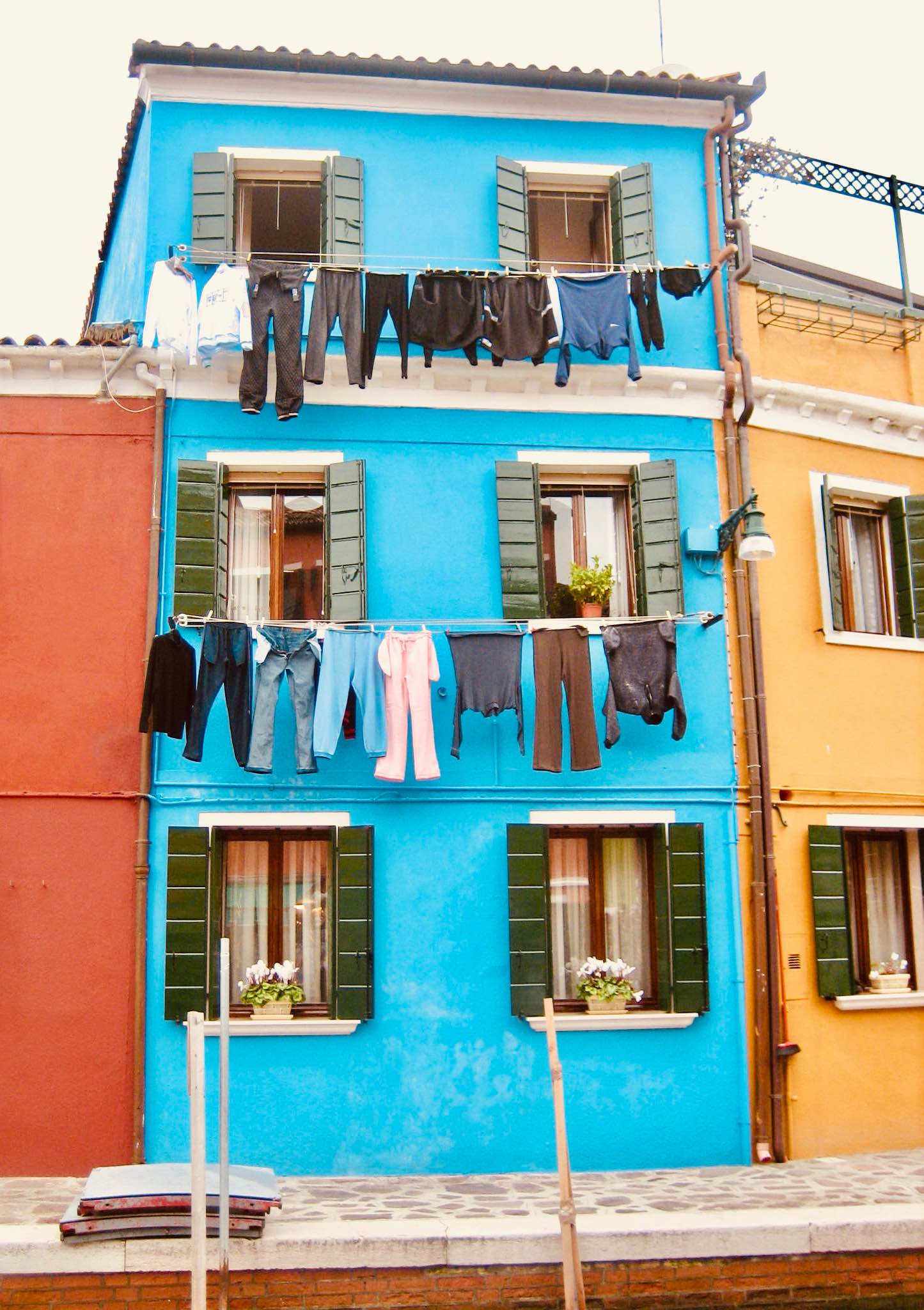 In the last fifty years or so Burano has experienced a major boom in tourism. People love pretty things and the island’s houses have proved exceptionally popular with the Insta selfie-taking crowd. Luckily for me, the vibe was pretty sleepy that January day. In contrast, the summer can get manic, at least that was the case prior to the pandemic.

Much of the foot traffic gathers here on the main street with its huddled row of quaint storefronts. Indeed it is home to restaurants, cafes, bakeries, sweet shops and ice cream parlours. Oh, and let’s not forget the numerous stores selling traditional Burano lace. 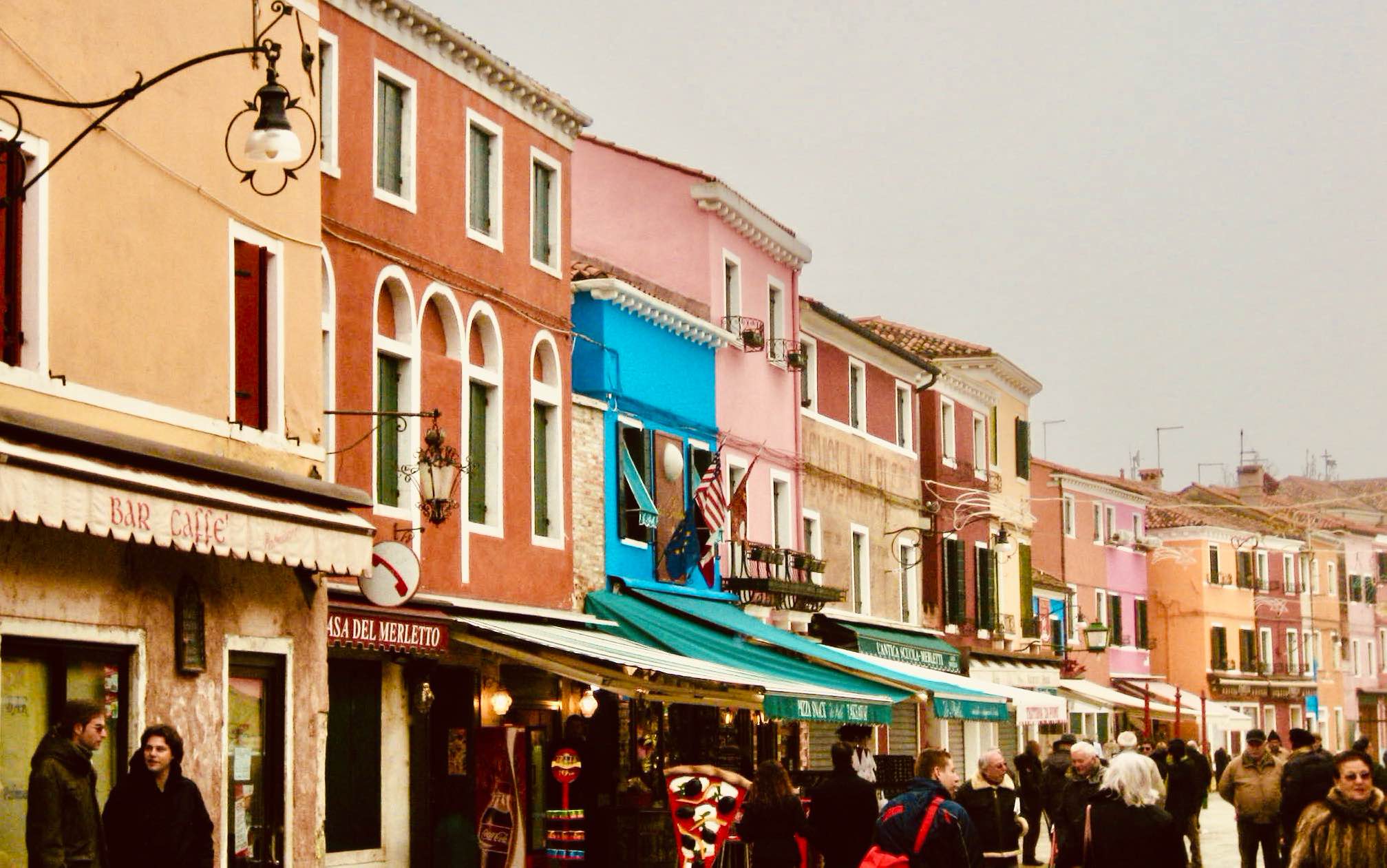 The island’s lacemaking history dates back to the 1400s. With the men often away at sea, local women began meeting to learn and develop the skill. Their handiwork eventually became so good Burano came to the attention of none other than Leonardo da Vinci. Hence he made a special trip here in 1481 in order to pick out some choice cloth for the main altar of Milan Cathedral. 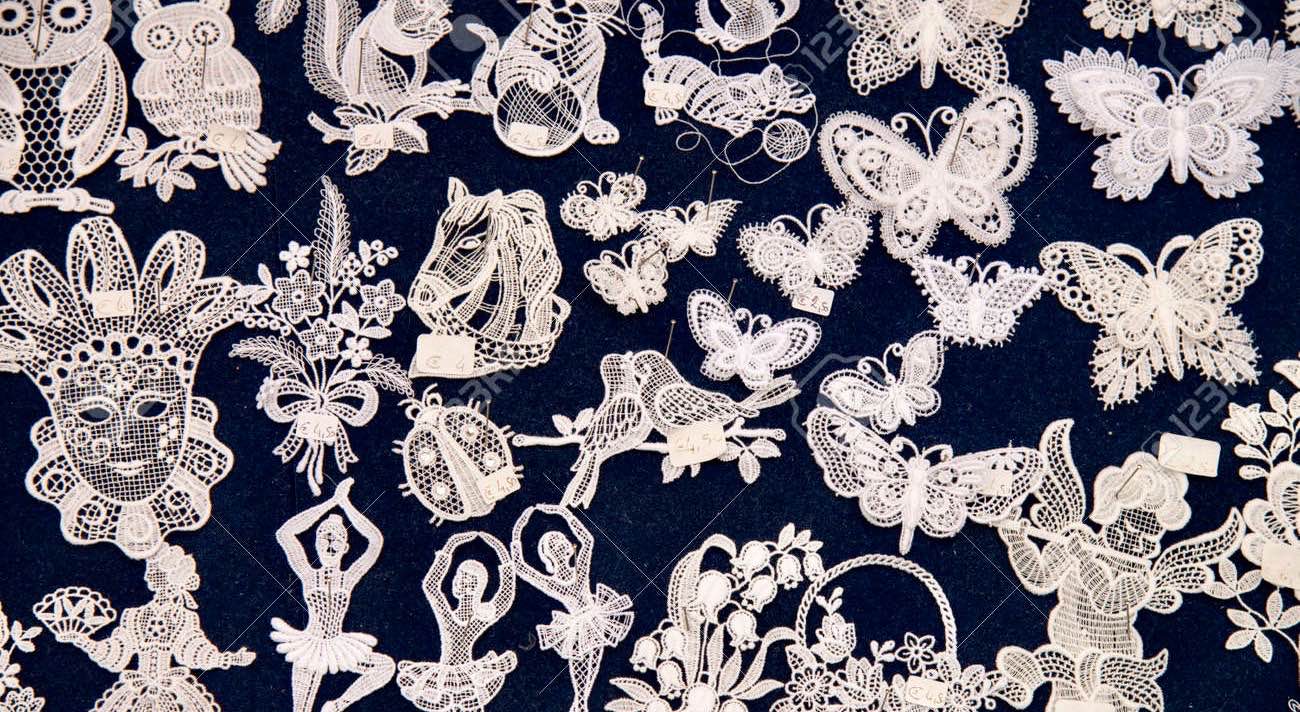 After that, Burano lace started getting exported all across Europe until the industry’s eventual decline in the 18th century. However, its fortunes bounced back somewhat with the opening of a lacemaking school. Today visitors to the island can pop into Burano Lace Museum to delve deep into this history and watch master lacemakers at work. 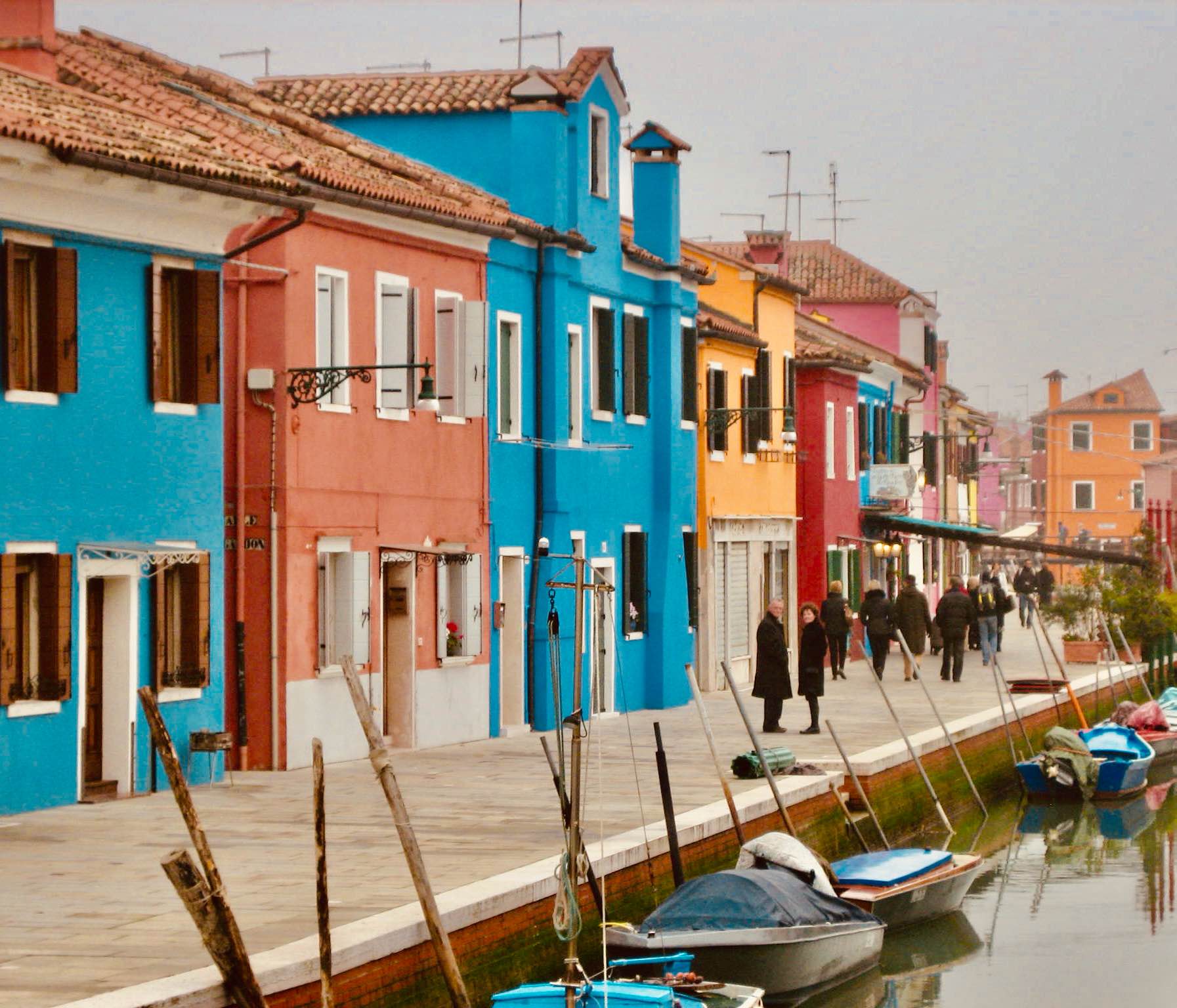 For me, it was only once I got away from the main street that the full extent of Burano’s charms revealed itself. Within minutes the background chatter faded away and I found myself on quiet if not deserted residential streets. 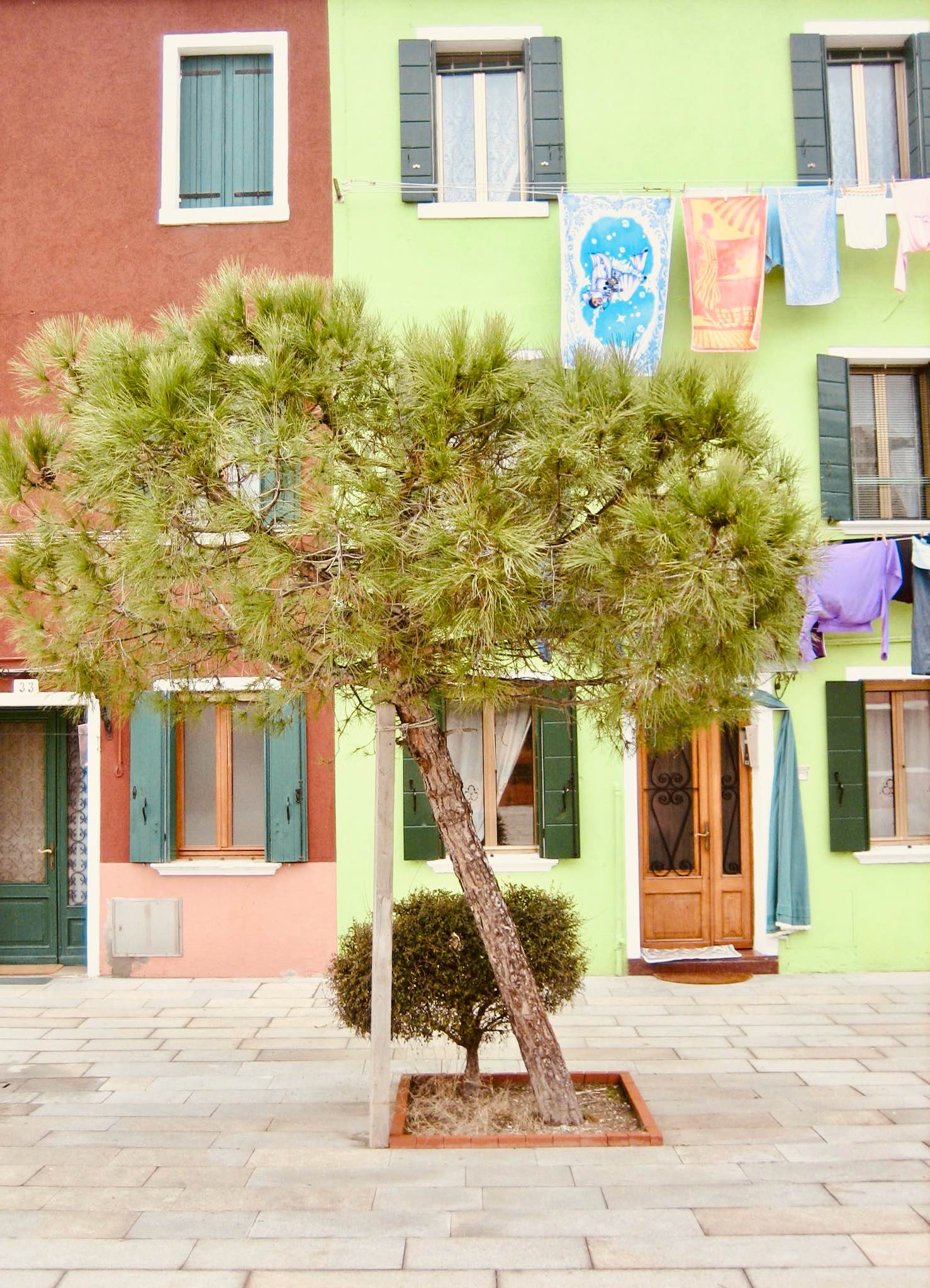 This allowed me to enjoy the houses close up with hardly anyone around. Just a photographer here and there, a woman hanging laundry from her window and a council worker sweeping the already spotless pavement. 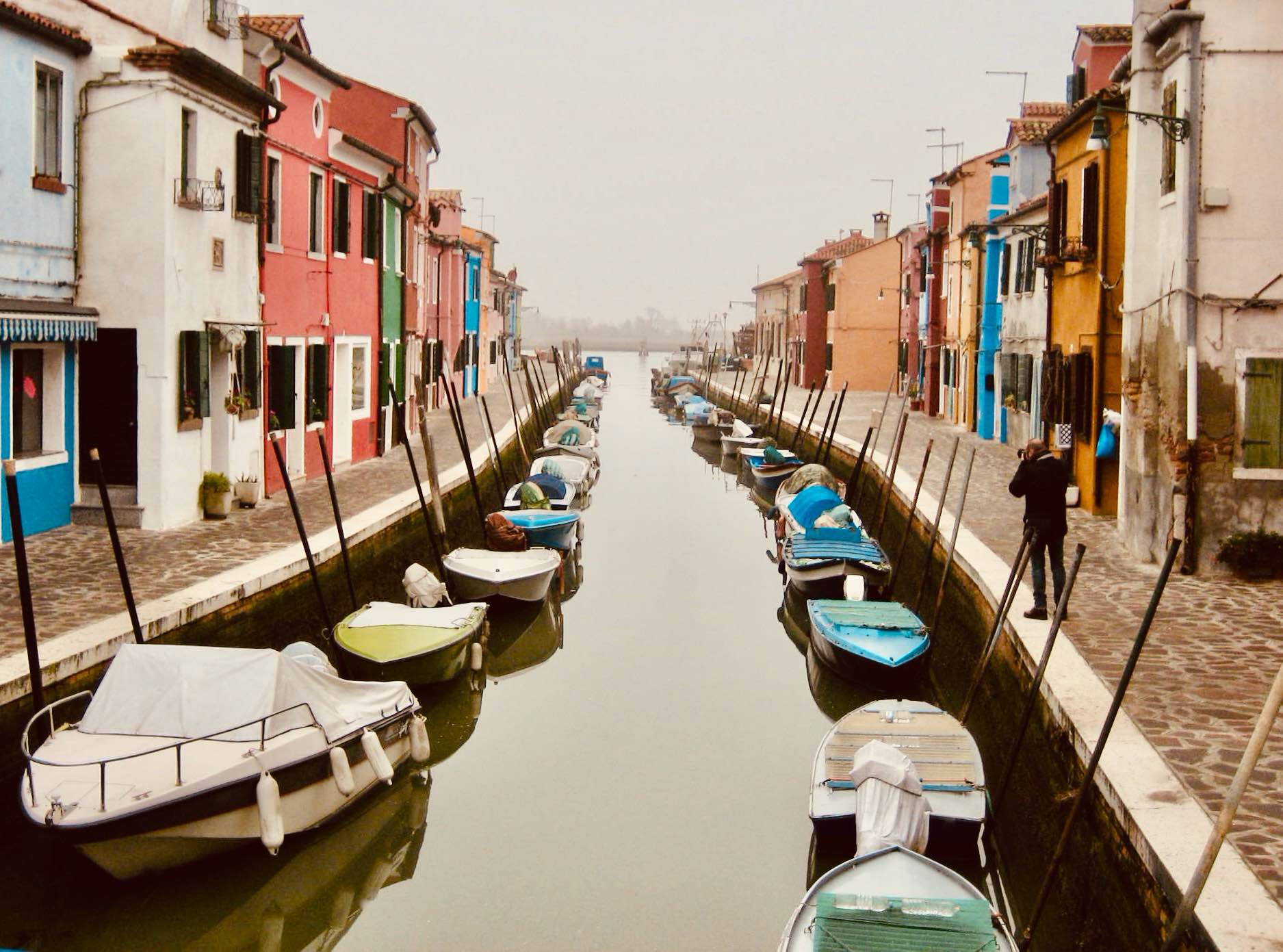 The homes are truly beautiful and often decorated with personalised flourishes of art. There are flowerpots, hanging horseshoes, bronze doorbells and house names carved from wood. Furthermore, I spotted plenty of religious iconography, such as these statuettes of Jesus Christ and Mary placed in a little alcove above a bedroom window. 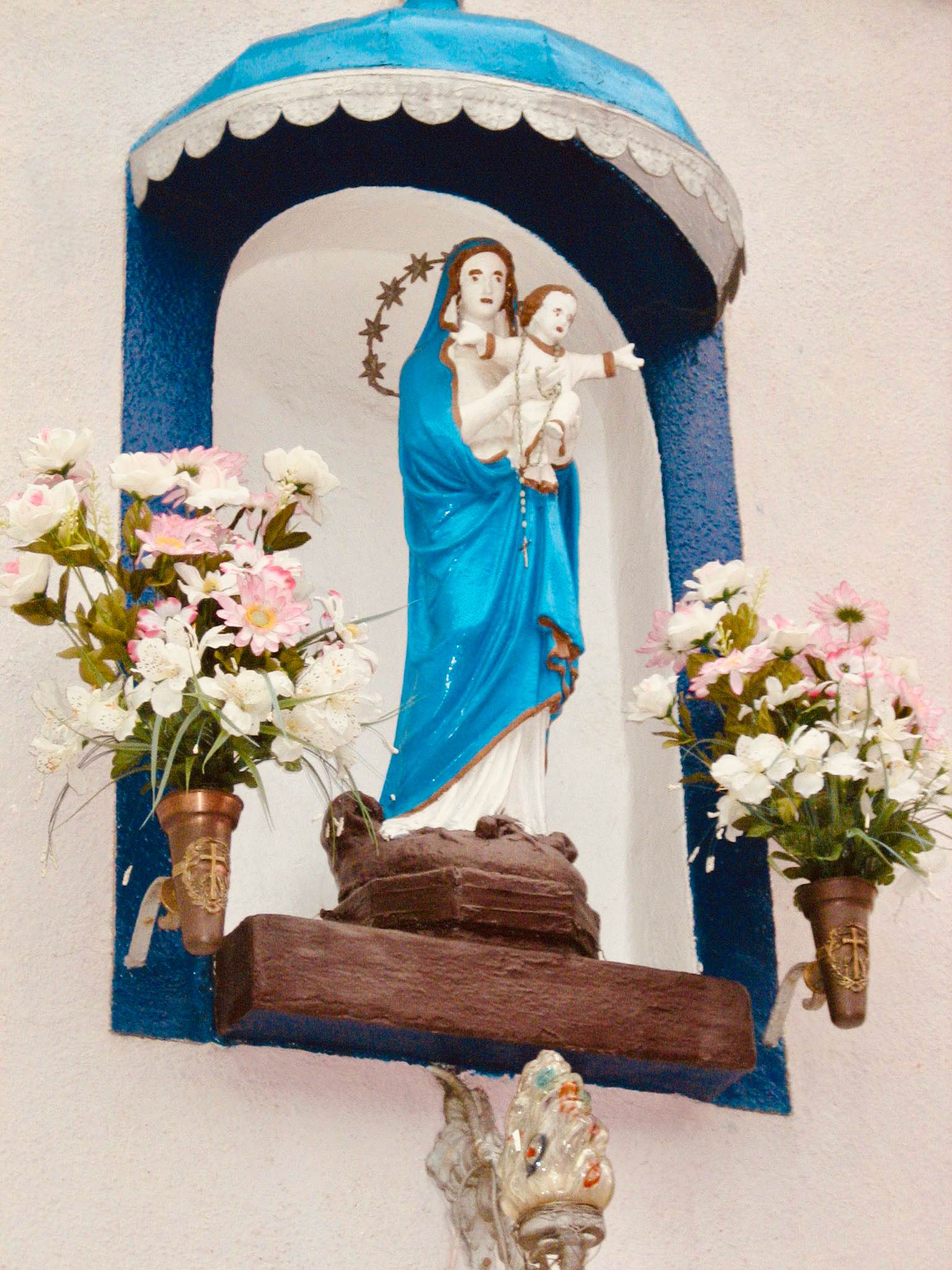 It’s perhaps no surprise that Burano is now home to a small community of artists. Attracted by a simpler way of life, they came here to create in the island’s peaceful backstreets. Often with sea views from their windows as they draw, paint, sculpt and write. Actually, I could see myself in one such studio for an intense month of blogging. It’s a nice daydream. 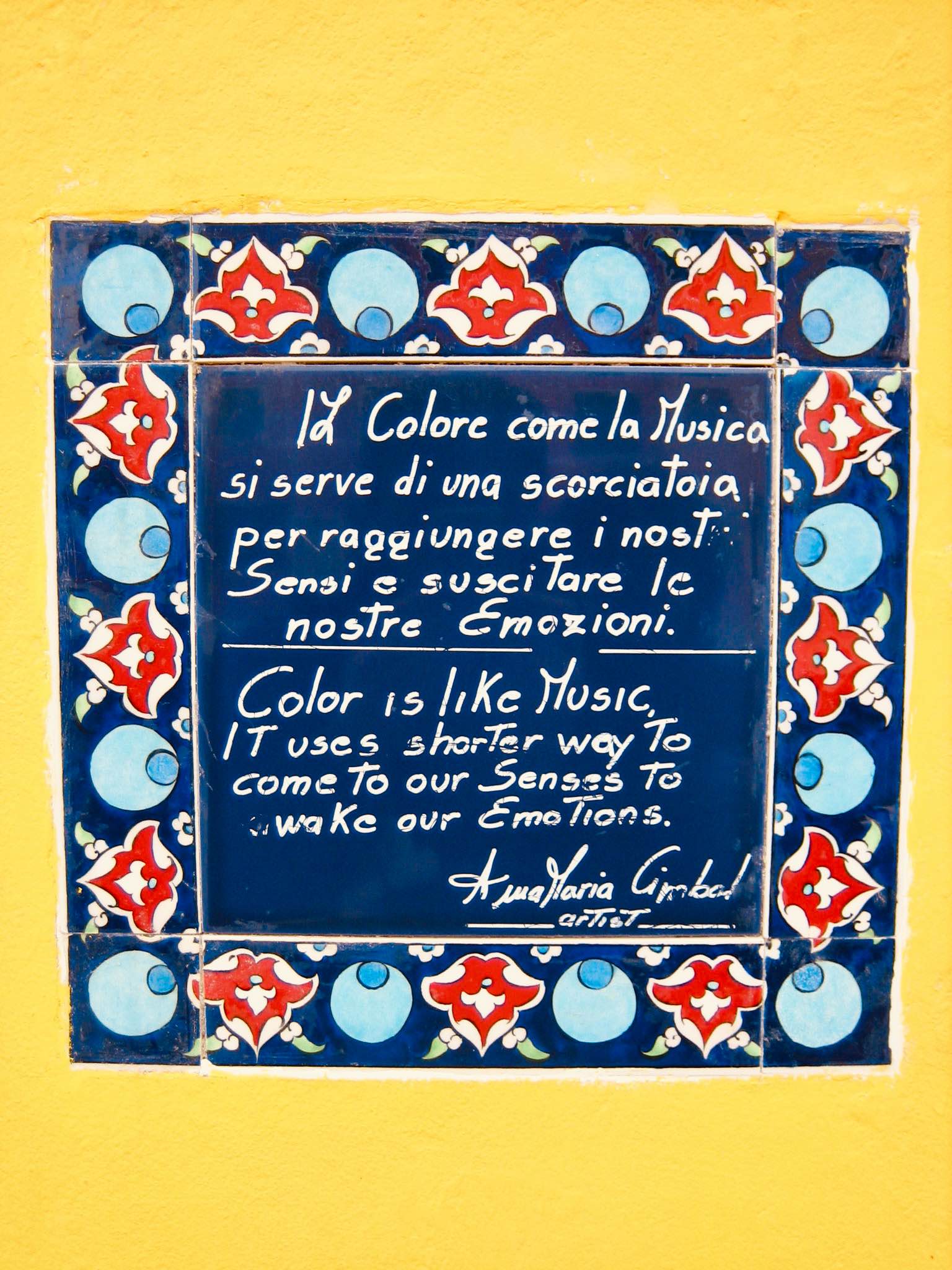 Burano Island is an undeniably understated place where things move slowly. But it is surely well worth at least half a day when in and around Venice. The houses do not disappoint, especially if you’re lucky enough to come after a street has been freshly repainted. 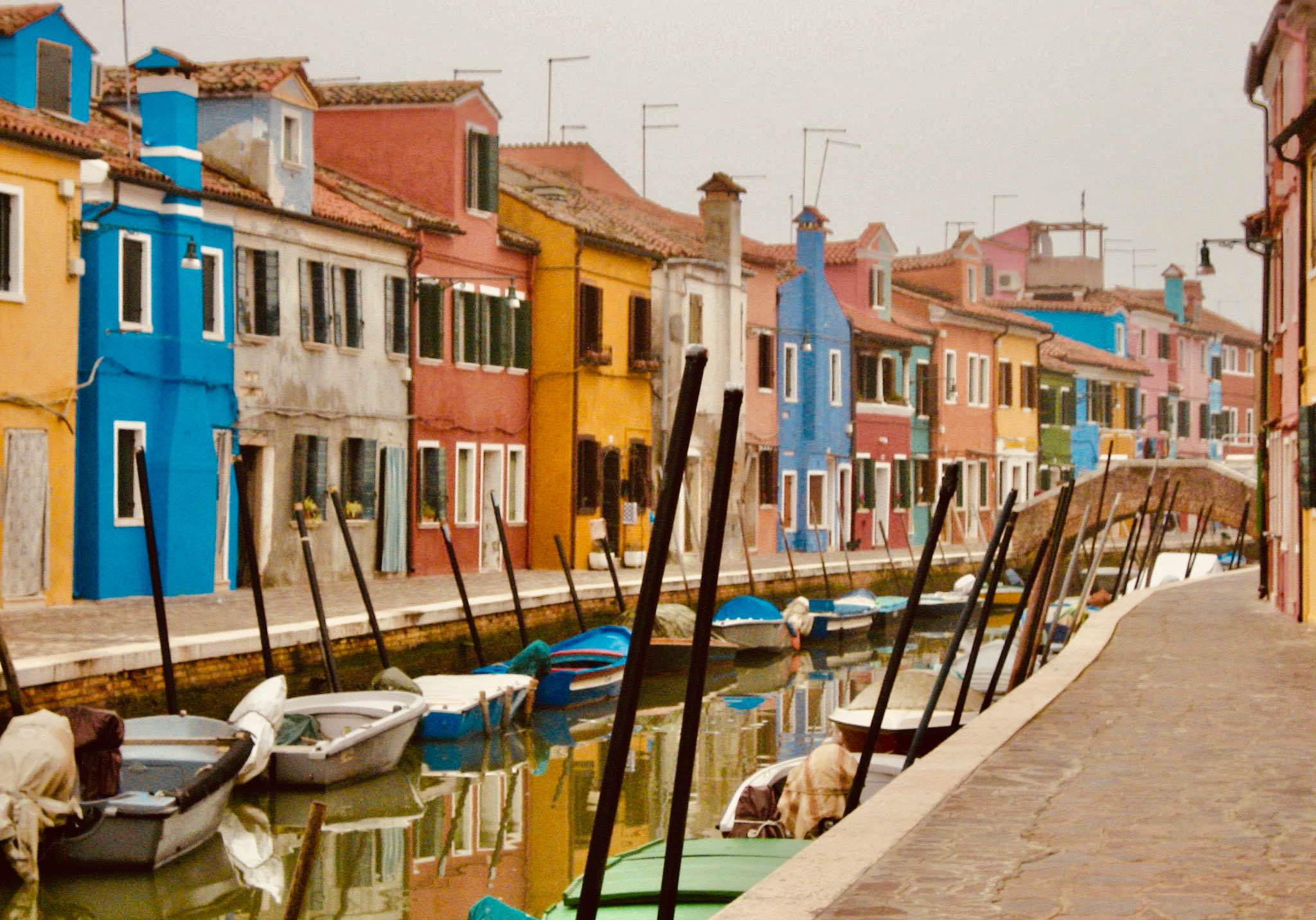 Just be prepared for some of the buildings to be run down with dirty facades, certainly a world away from some of the sparkling photos posted by certain influencers. This didn’t bother me at all. Rather, I feel the real Burano is so much better and that the enjoyment of the place is all in the details. 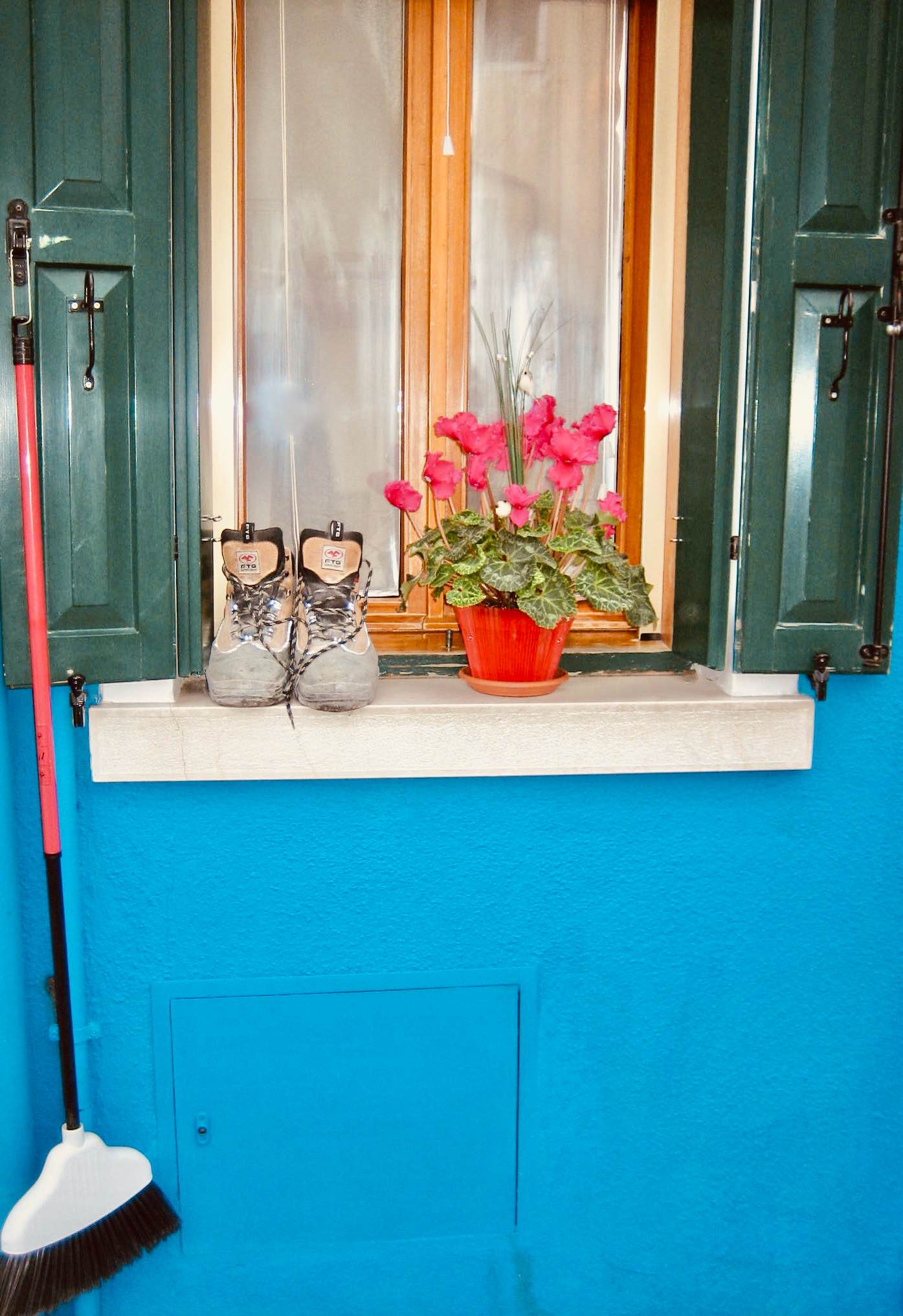 For an alternative view of Burano Island and info on how to get there, check out this excellent article from somethingoffreedom.com.

For more Italian adventures, have a look at my article on Venice.