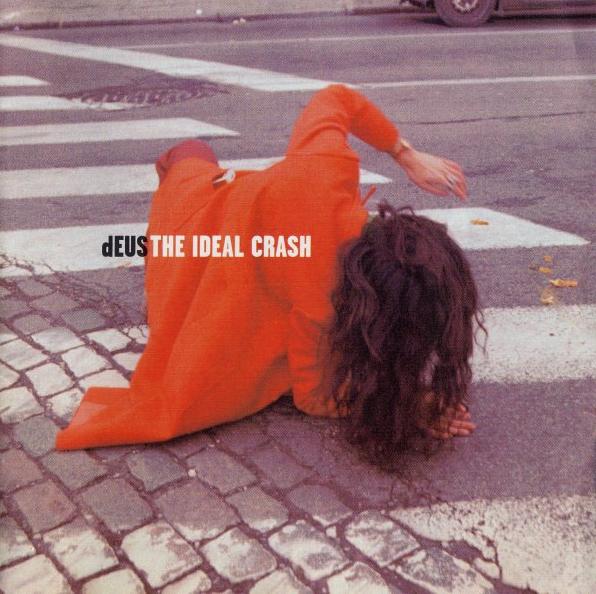 As a committed record collector there are few greater feelings than discovering an amazing band the masses don’t know about. You can’t help but succumb to a sense of triumph, a feeling of: These guys are fantastic and nine out of ten people have no idea!

Part of you wants it to stay that way; you certainly don’t dream about the great unwashed blaring them out of their mobile phones. Nor do you want to wake up one morning to find the lead singer in a Calvin Klein commercial. Should your heroes ever roll into town, you’ll also be counting your lucky stars that getting to see them won’t involve the word Ticketmaster.

But at the same time there’s also a frustration that your group isn’t doing better for themselves, that the general public can’t wake up from the dreary dross they’re continually force-fed through platforms like The X Factor. ‘‘No… it’s Mansun. No, Marilyn Manson is someone else. No, Hanson are… oh god’’.

My music collection is home to a number of great finds, such as the universally ignored Webb Brothers, the permanently under-the-radar Art Brut, the ridiculously underrated The Bees and the brilliant but incurably underground Richard Hawley.

Then there’s the Belgian alt-rock outfit dEUS. In 2005 I was living in Leuven, a university town outside Brussels. Having moved into a new apartment, I quickly befriended Vicky and Steven, a young Belgian couple who lived a few floors down. Bonding over music and movies, they were keen to introduce me to some of their nation’s talents and I certainly got the grand tour.

I drank it all in, consuming great records by the likes of Soulwax, Hooverphonic and Admiral Freebee. But it was dEUS’ album The Ideal Crash that really grabbed me by the balls with that electrifying hairs on the back of my neck sensation. Bursting with sharp spirited slabs of progressive indie rock and deep emotive ballads, it immediately stood out as a landmark in what is a hugely overcrowded genre. 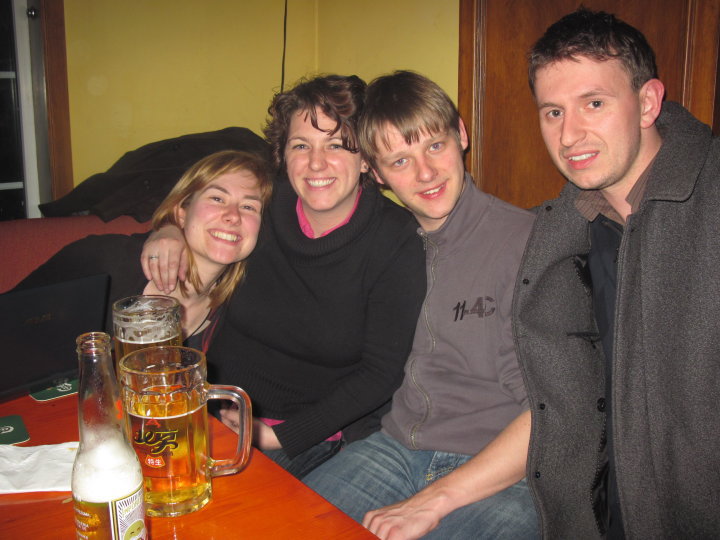 With Vicky (far left) and Steven (grey sweater) who turned me onto so much great Belgian music.

The album’s bristling energy kicks in immediately with the distorted guitars of Put the Freaks up Front. As with much of the record the narrative channels the dark complexities of love and lust. ‘‘So you’re suffering. I know it hurts a lot if it’s the first time’’ snarls enigmatic singer Tom Barman.

On the altogether more sweeter sounding Sister Dew meanwhile soft pattering drums, strummed guitars and undulating violins play out in stark contrast to the lyrics, a confession to murder. ‘‘Oh my sweet sister dew what have I done?’’.

A creepy yet spellbinding combination of piano and string quartet unfolds on One Advice, Space. Hiding away from the world, Barman speaks of wandering through the night ‘‘wasted and wounded’’, accompanied by nothing but a haunted past and substance abuse. ‘‘One man’s cold turkey is another man’s high’’.

The Magic Hour is a gorgeous memorial to a doomed relationship, a gentle hush of a song laced with sadness and regret. ‘‘I had a dream, a simple plot’’ he whispers, taking us back to a point in time when a relationship had begun to sour. ‘‘I held out my hand as if she’d never pushed it away’’.

The subject of murder is revisited in the drum-machine driven title track, where Barman requests ‘‘Stay by my side, it’s sexy’’ before asking ‘‘ How can a man kill gently? How long before it’s all done?’’. 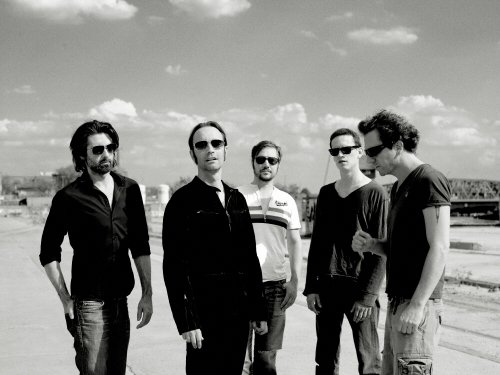 dEUS: More than a little preoccupied with thoughts of murder.

Album highlight Instant Street was the record’s lead single and a magnificent song of two halves. The opening section, with its sweeping strings and picked banjos speaks of a quiet contentment through romance. There’s even a happy-go-lucky outlook on a battle with addiction, despite ‘‘Pains playing yoyo in my body as we speak’’. But then comes the spiky lead guitar solo and it literally feels like the emergence of a black raincloud. With a quickening drumbeat and crashing cymbals the playing becomes more frenetic, building up to the crescendo of all crescendos. During this stunning outro Barman submits to his destructive urges, repeating the words ‘‘This time I go…’’ in a broken anguished vocal.

Thankfully Magdalena lets you catch your breath again with its tiptoeing drums and languid mellotron. Drenched in melancholy, Barman almost begs for redemption. ‘‘I wanna move into the new, out of the blue, out of the darkness’’.

Just when you think you’ve got The Ideal Crash all figured out it hits you with two curveballs. First up are the electronic beats of Everybody’s Weird, a dance-rock anthem with references to partying, liquor and a firearm. ‘‘I will kill you if I must, I will help you if I can’’ Barman warns a man he earlier referred to as ‘‘such a lovely guy’’. Then comes the equally out of place Let’s See Who Goes Down First, a hypnotic number where a quirky lo-fi sequence suddenly swells into a cinematic slab of psychosis. With vague allusions to ‘‘the smell of hysteria’’, unnamed people ‘‘spreading rumours about my state’’ and a blue-eyed woman who ‘‘came dancing up a mountain’’, what it’s all about is anyone’s guess.

Closing track Dream Sequence # 1 is at least on hand to end things on a saner note. Or at least that’s what Barman tells himself. ‘‘I’m getting better every day’’ he announces over suitably floaty guitars and keyboards. ‘‘I just don’t care what they say’’.

Released in March 1999, The Ideal Crash was a big success in the Benelux countries, going gold in the band’s native Belgium. (Although such a feat only constitutes shifting twenty thousand copies). But unfortunately the rest of the world failed to notice, particularly in the U.S. where, insanely, Island Records opted not to even release it! On many levels it’s hard to understand why. Unlike their first few albums The Ideal Crash is a largely accessible work, despite its progressive leanings. Better still they ply their trade in a trendy genre and have a singer whose flawless English gives away no hints of their non-native origins. On the face of it there’s absolutely no reason why it couldn’t have been as massive as say Radiohead’s The Bends or Everything Must Go by The Manic Street Preachers.

Over time the record has gradually reached a wider audience, mainly through word of mouth and the glorious power of the internet. And while it’s way too late for any kind of meaningful resurgence, I urge anyone who has missed this gem of a record to give it the attention it so richly deserves. 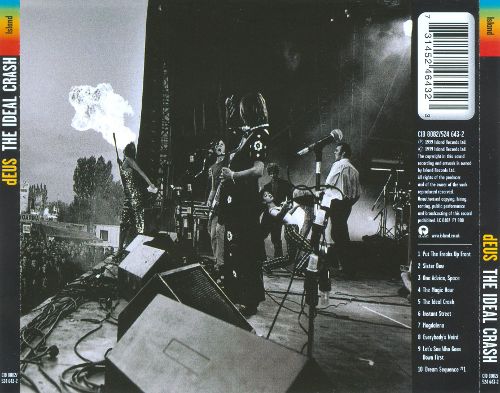 Choice Quote: ‘‘I think The Ideal Crash has a lot of different moods. It seems to grab you and it doesn’t just let you go or slip away. I think that’s the charm of it and I can only hope that a lot of people might fall for that charm’’. – Tom Barman.

Choice Lyric: ‘‘So it dawned on me this should be the place, now the only thing I crave is an embrace. So let your tender wisdom be mine and let me come to you like a child ’’. – From Sister Dew.

Like this? Take a look at the band’s experimental debut album Worst Case Scenario (1994), a melting pot of musical styles that had the media’s knickers in a twist over how to best categorize it.