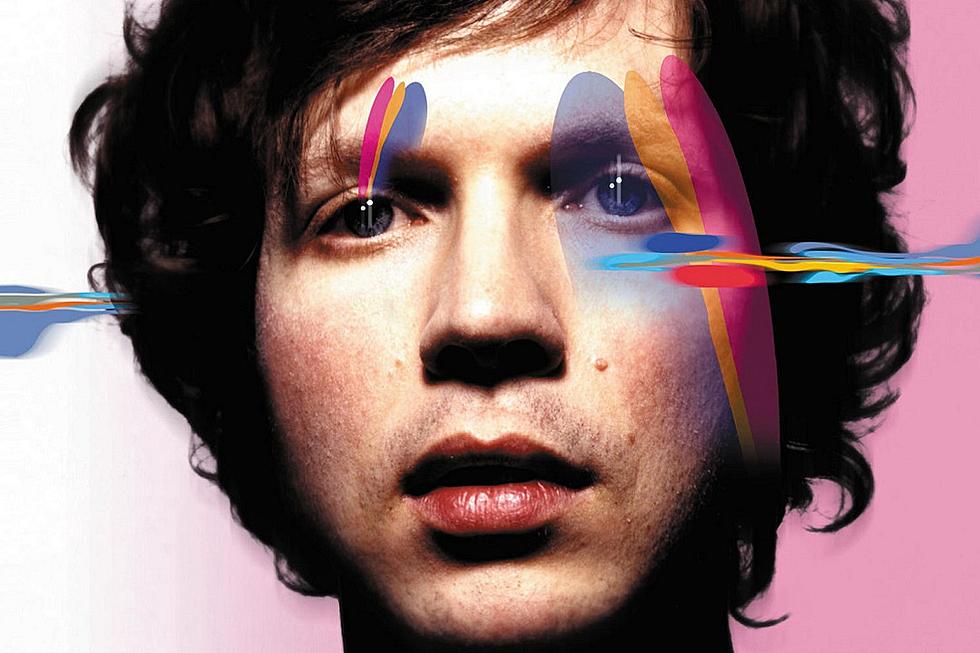 I’ve always had a preference for artists that like to keep you guessing, bands and singers that over the course of their careers have boldly jumped into the unknown time and time again. People who’ve taken their music and audiences to exciting new places. One such artist is Beck, the incalculable singer-songwriter whose twelve studio albums to date have proved about as diverse as any discography out there. Early on was the lo-fi grunge of Mellow Gold and the sampled hip-hop-meets-rock stylings of Odelay. Later came the genre-mashing Mutations, the funky soul-driven postures of Midnite Vultures and the 1960s pop-infused inclinations of The Information.

While Odelay is generally considered his crowning achievement (bags of awards, over three million copies sold), the album I return to more than any other is 2002’s Sea Change. I’ve always been a sucker for a sad song and this album, his eighth studio effort, serves up some of the most heart-wrenching tracks I’ve ever heard from any artist period.

In 2000 Beck was left shattered by his breakup with fiancée Leigh Limon. They’d been together for nine years and she’d allegedly cheated on him with a member of the L.A. band Whiskey Biscuit. Perhaps unsurprisingly, this became the catalyst for Beck’s most dramatic artistic transformation yet.

Anyone familiar with his work up until this point was knocked for six. Gone was Beck’s trademark vigor, acidic wit, ironic wordplay and penchant for sampling and in came a lush, widescreen, live instrumentation. It was a much simpler lyrical approach too, married with pretty melodies and restrained vocals.

A cloud of melancholia looms over opener The Golden Age, in which he details the aftermath of the split. ‘‘These days I barely get by, I don’t even try’’. On Paper Tiger Beck imagines himself as something so fragile he’s been ‘‘torn apart by idle hands’’, his wounded but steely voice reminiscent of Five Leaves Left era Nick Drake.

Album highlight Lonesome Tears is an agonising ode to heartbreak. ‘‘I can’t cry them anymore’’ he laments, ‘‘I can’t think of what they’re for, oh they ruin me every time’’. The ultimate slow-burner, it’s a track that twists, winds and sneaks up on you, its string section climbing into an enveloping crescendo for the chorus.

A flat, deadened acceptance settles in on the country-tinged Guess I’m Doing Fine. ‘‘It’s only lies that I’m living, it’s only tears that I’m crying, it’s only you that I’m losing, guess I’m doing fine’’. There’s a similar resignation on the bleak and sinister orchestrations of Round The Bend, another Drake-like track where Beck advises: ‘‘We don’t have to worry, life goes where it does, faster than a bullet’’.

The healing process unfolds further on the ‘almost’ uplifting Lost Cause, the only song here that might be considered catchy. With its up-and-down melodies and twangy acoustic guitars he finally lets go of the self-pitying woe-is-me vibe, adopting a more dismissive tone topped with a sprinkle of bitterness. ‘‘I’m tired of fighting, fighting for a lost cause’’.

Ultimately Sea Change presents its narrator as someone unable to fully move on. He can see light at the end of the tunnel, but isn’t quite there yet. ‘‘It still kills me like it did before’’ he croaks to the plodding bass line of End of The Day, while the hypnotic Little One looks ahead to ‘‘New days, to throw your chains away, to try to hang your hopes on the wind’’. 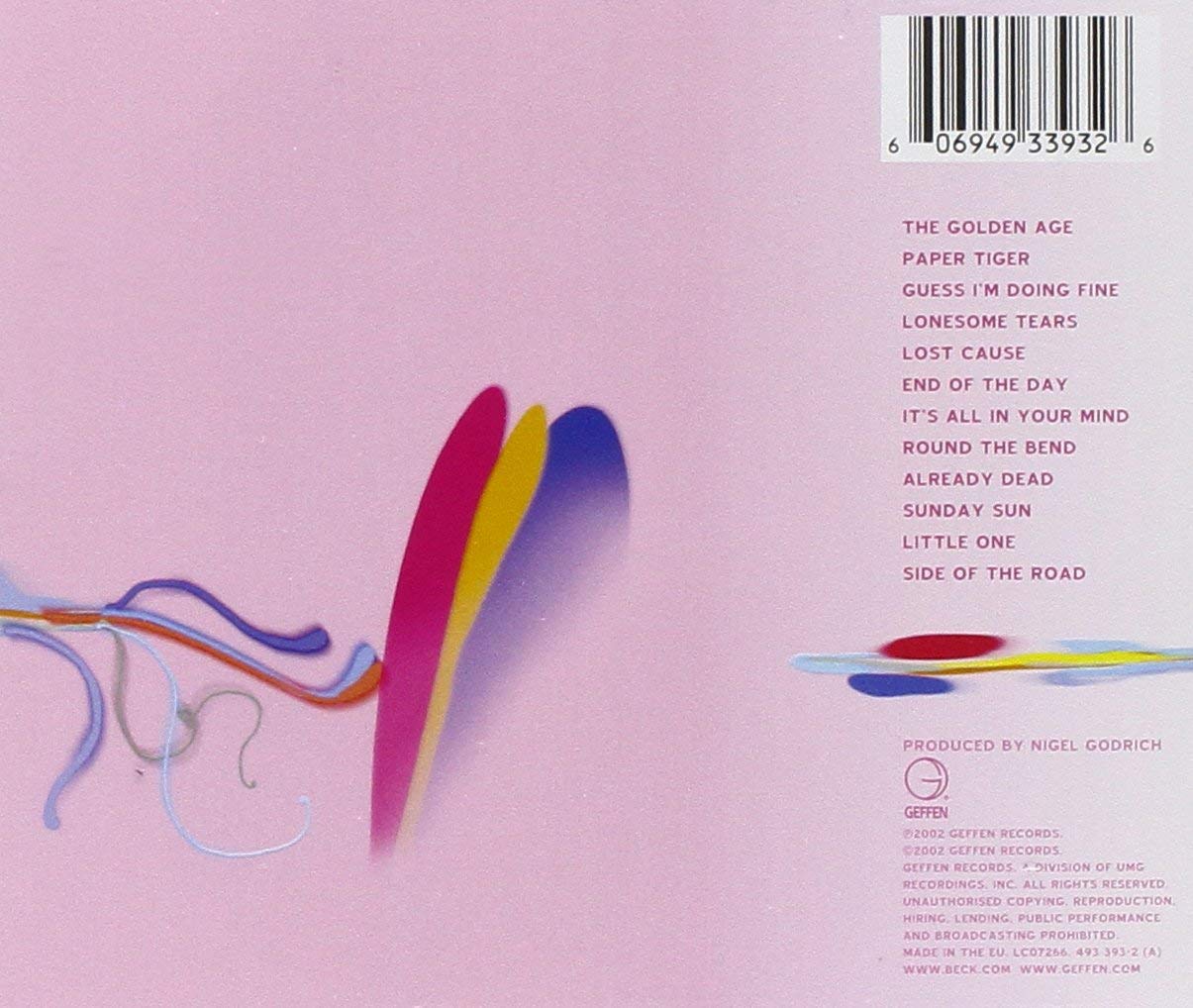 With its themes of heartbreak, desolation, solitude and loneliness, Sea Change isn’t going to be everyone’s cup of tea. It’s the kind of record you have to be in the mood for, a go-to LP when your love life’s a mess. An album to feed a blue mood or find some beauty in the deepest anguish. It’s also a great record to simply drift off to sleep to. A work of incredible depth, it is by nature an album that rewards its audience with repeated listens, revealing itself gradually as if an unfurling flower. As such, great credit should also go to producer Nigel Godrich and indeed Beck’s own father David Campbell, who provided string arrangements. For those who take the time to discover Sea Change’s many layered charms, a mournful masterpiece awaits.

Choice Quote: ‘‘This record is definitely more what you’d hear if you just heard me playing in a room. There’s no voice effects or weird production, it’s pretty straight’’ – Beck.

Choice Lyric: ‘‘You owe nothing to the past but wasted time, to serve a sentence that was only in your mind’’ – From End of The Day.

Like this? If wallowing in misery is your thing this record has many wonderful companion pieces, not least Beck’s 2014 companion piece Morning Phase. You could also take a chance on Nick Drake’s Five Leaves Left, Leonard Cohen’s Songs of Leonard Cohen and Elliot Smith’s Either/Or.