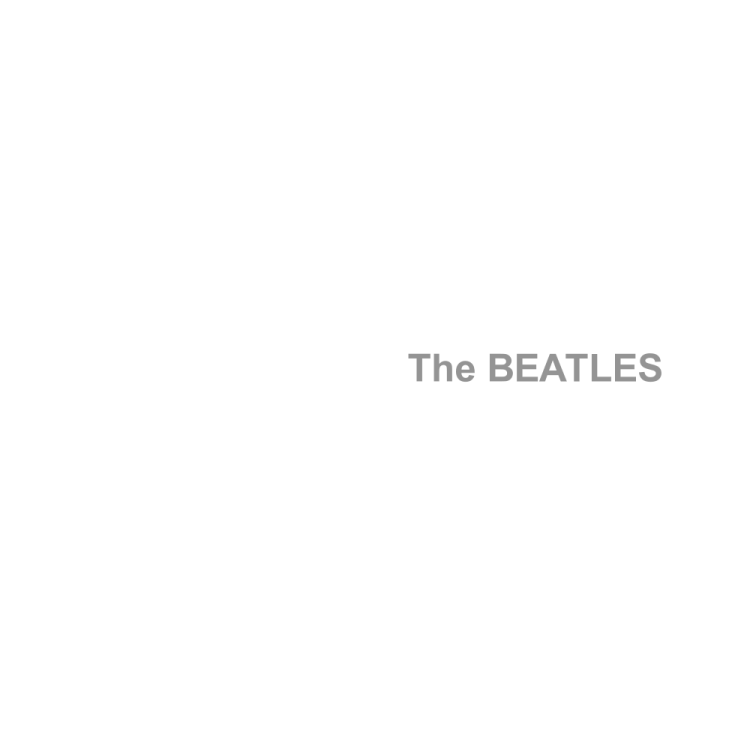 What more is there to say about The Beatles? Pioneering, prolific, insanely talented and highly influential they virtually wrote the book on popular music as we know it. Choosing my favorite Beatles album was a tough one, especially as I go through phases of favoring different LPs. Would I go for the artsy progression of Rubber Soul? The revolutionary leap of Revolver? The meticulous orchestrations of Sgt. Pepper’s? Or perhaps even the medley-driven ebb and flow of Abbey Road? In truth it could have been any one of these records that I finally settled on. But for me it’s their eclectic eponymous release, better known as The White Album, that best sums up the fab four’s incomparable greatness.

In the spring of 1968 The Beatles flew out to Rishikesh, India for a transcendental meditation course with the famed spiritual leader Maharishi Mahesh Yogi. It was a highly introspective and stimulating period of enlightenment and self-discovery that saw the group produce forty new compositions, twenty six of which would be recorded upon their return to England.

The acrimonious sessions themselves proved to be the polar opposite of the serenity they’d enjoyed in India. Everyone was fed up with Paul McCartney’s domineering nature. John Lennon, messed up on heroin, was prone to wild mood swings that often intimidated his bandmates. They were also mightily unimpressed with the interfering presence of his new girlfriend Yoko Ono, who dared to both comment on and criticize the new material. George Harrison was becoming increasingly frustrated at having to fight tooth and nail to get his songs included, while Ringo Starr felt his role had become so minimized he quit for a short period before being coaxed back with apologies and flowers. 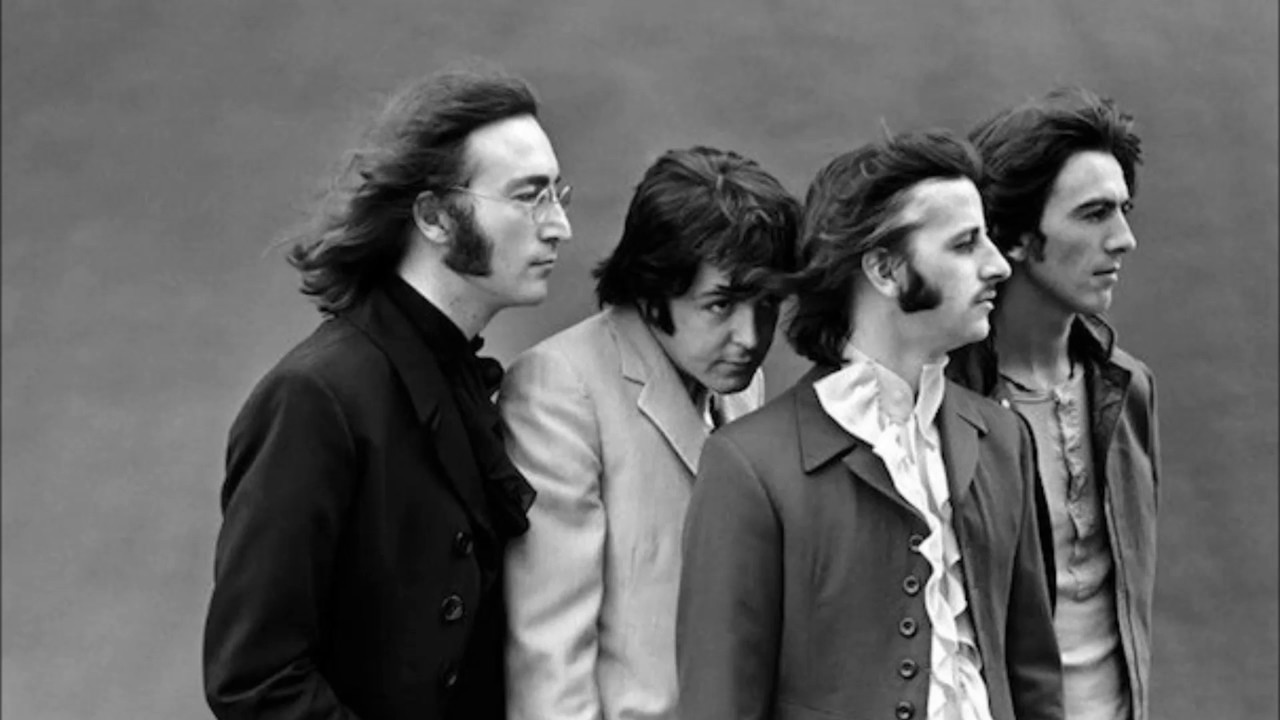 The result of this considerable instability was four individuals pulling in different directions, becoming a group so at odds with each other they went off and worked in separate rooms. In fact, of The White Album’s thirty sprawling tracks spread out over two discs, only half include contributions from all four band members. No wonder it’s become known as The White Album, as the very notion of calling it The Beatles feels like a bit of a misnomer.

It’s no surprise then that musically and lyrically this is the band at their most diverse. There’s stomping rock n’ roll with pastiche Beach Boys harmonies on Back in the U.S.S.R (“The Ukraine girls really knock me out, they leave the rest behind”) and a theatrical homage to British music hall with the whimsical Honey Pie. Elsewhere, Lennon channels some sublime Donovan-inspired psychedelic pop on the dreamy Dear Prudence, written about the author Prudence Farrow, sister of the noted actress Mia Farrow. She’d been at the meditation retreat with the fab four and became so obsessed with the Maharishi’s teachings she rarely left her room. The song is about Lennon trying to coax her out: “Dear Prudence, won’t you come out to play?”

Unafraid to swing from one extreme to another, the listener is also treated to the gentle, summery strumming of McCartney’s Mother Nature’s Son (“All day long I’m sitting singing songs for everyone”) alongside the raw, heavy-metal-like aggression of Helter Skelter. It’s a song McCartney wanted to sound as “loud and dirty” as possible and cited by many music journalists as an inspiration for what would eventually become heavy metal. “Will you won’t you want me to make you? I’m coming down fast, but don’t let me break you!” roars Paul with the most ferocious vocals of his career. The track is also famous for its connection with deranged criminal and cult leader Charles Manson, who told his followers the song was part of a coded prophecy about the extermination of America’s white race. It was even caught up in the theorized motives for the Manson family’s infamous Tate-LaBianca murders.

Elsewhere Lennon pedals uncompromising avante-garde experimentalism on the absurd soundscapes of Revolution 9 (“number nine, number nine, number nine”) and McCartney opts for a bluesy, spoken-word storytelling approach on Rocky Raccoon. The latter is a charming, tongue in cheek track about a love triangle conflict. “His rival it seems had broken his dreams, by stealing the girl of his fancy” sings McCartney in a faux Western-American accent, while Lennon works the harmonica and producer George Martin provides honky tonk piano.

Ringo meanwhile gets his moment in the sun with a typically wobbly but lovable performance to the melodramatic and schmaltzy arrangements of album-closer Good Night. Written by Lennon and backed by a full orchestra, it’s a touching nursery rhyme lullaby that has Starr whispering the final line: “Good night, everybody… everybody, everywhere… good night.” John would later incorporate elements of the song’s identity into his solo effort Beautiful Boy (Darling Boy).

And of course Harrison makes fine use of his paltry four song allowance. Of these the poignant While My Guitar Gently Weeps stands as his finest hour, a song that expresses his sadness at the unrealized potential of the human race. “With every mistake we must be surely be learning” he muses, Eric Clapton’s towering lead guitar the perfect foil for the quiet one’s fragile, ghostly vocal.

Piggies meanwhile is a damning commentary on financial greed that positively drips with cynicism through a sickly mix of baroque textures, foul pig snorting and dislocated harmonies. “Everywhere there’s lots of piggies, living piggy lives. You can see them out for dinner with their piggy wives” sneers George on a track newcomers will, I suspect, either love or hate. I’ve always felt the song has more than a touch of Monty Python about it, long before Harrison’s eventual involvement with the comedy group through his company HandMade Films.

On side two George’s glacially subtle Long Long provides a much needed sense of calm between the braying Helter Skelter and the politically-charged Revolution 1. And then finally there’s Savoy Truffle with its boogying saxophone, essentially a light-hearted poke at his friend Eric Clapton’s incurable sweet tooth. It’s also an ode to Good News boxed chocolates by the British confectionary company Mackintosh and indeed for a good part of the tune George is content simply listing all the different flavors (“Creme tangerine and Montelimar, a ginger sling with a pineapple heart, coffee dessert..”) that will send Clapton to the dentist’s chair. 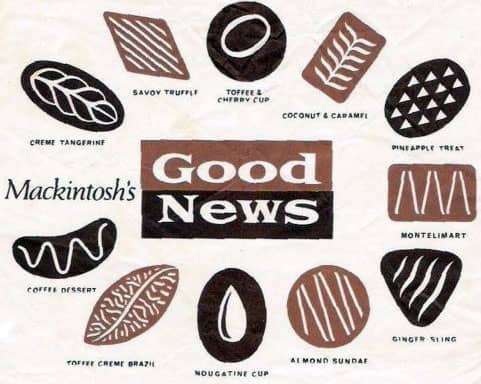 It’s by no means the only moment where the band’s signature sense of humor shines through, particular via a mischievous Lennon. On I’m So Tired he brands Sir Walter Raleigh a ‘‘Stupid get’’ for discovering nicotine and also has a poke at Chairman Mao on Revolution 1. On Ob-La-Di-Ob-La-Da, a McCartney number Lennon openly despised (‘‘Paul’s granny shit’), he does his best to sabotage proceedings with girlish yelps and sarcastic repetitions. But of course it only ended up making the track even more memorable.

Why Don’t We Do It In The Road is Macca’s spontaneous tribute to the witnessing of monkey sex during a walk in the jungle. And what about The Continuing Story Of Bungalow Bill?, a frivolous romp of a campfire singalong where anyone who happened to be standing around at the time was lassoed into supplying sloppy backing vocals. As such, Ringo’s wife Maureen can be heard and Yoko Ono contributed the famous line “Not when he looked so fierce!”

And yet in true White Album style these moments exist hand in hand with some of their most earnest and personal material. Paul’s Martha My Dear is a touchingly sweet accolade to his beloved pet sheepdog who he claims has “always been my inspiration, please, be good to me”. John, always the Beatle most likely to wear his heart on his sleeve, is uncomfortably mournful on the eerie Julia, a doleful memoriam to his deceased mother, a woman who occasionally calls him with a “windy smile” and “seashell eyes”. Later on Lennon is furious on the acerbic Sexy Sadie, a tirade against The Maharishi who he mistakenly believed guilty of a sexual indiscretion. Feeling betrayed, Lennon points an accusing finger, saying “you broke the rules, made a fool of everyone”.

Lennon and The Maharishi Mahesh Yogi prior to the big misunderstanding.

Despite countless delights The White Album has plenty of detractors, with many considering it an overlong mess that should’ve been trimmed down to a single collection. And while it can be argued that tracks such as Don’t Pass Me By, Revolution 9 and I Will are nothing but filler, to have censored such an unprecedented flow of creativity would’ve been nothing short of a crime!

Ultimately this is the sound of the world’s greatest rock band letting everything hang out. The result is an impulsive almost schizophrenic work that feels looser and more genuine than say the indulgent, self-conscious bombast of Sgt. Pepper’s. It’s literally the sound of John, Paul, George and Ringo going unmasked (as opposed to the masks they literally wore for Magical Mystery Tour). With this in mind I tip my hat to a musical box of chocolates that treats us to this flavor here, that flavor there. And if along the way we have to swallow that chewy coconut one that nobody really cares for, then so be it. 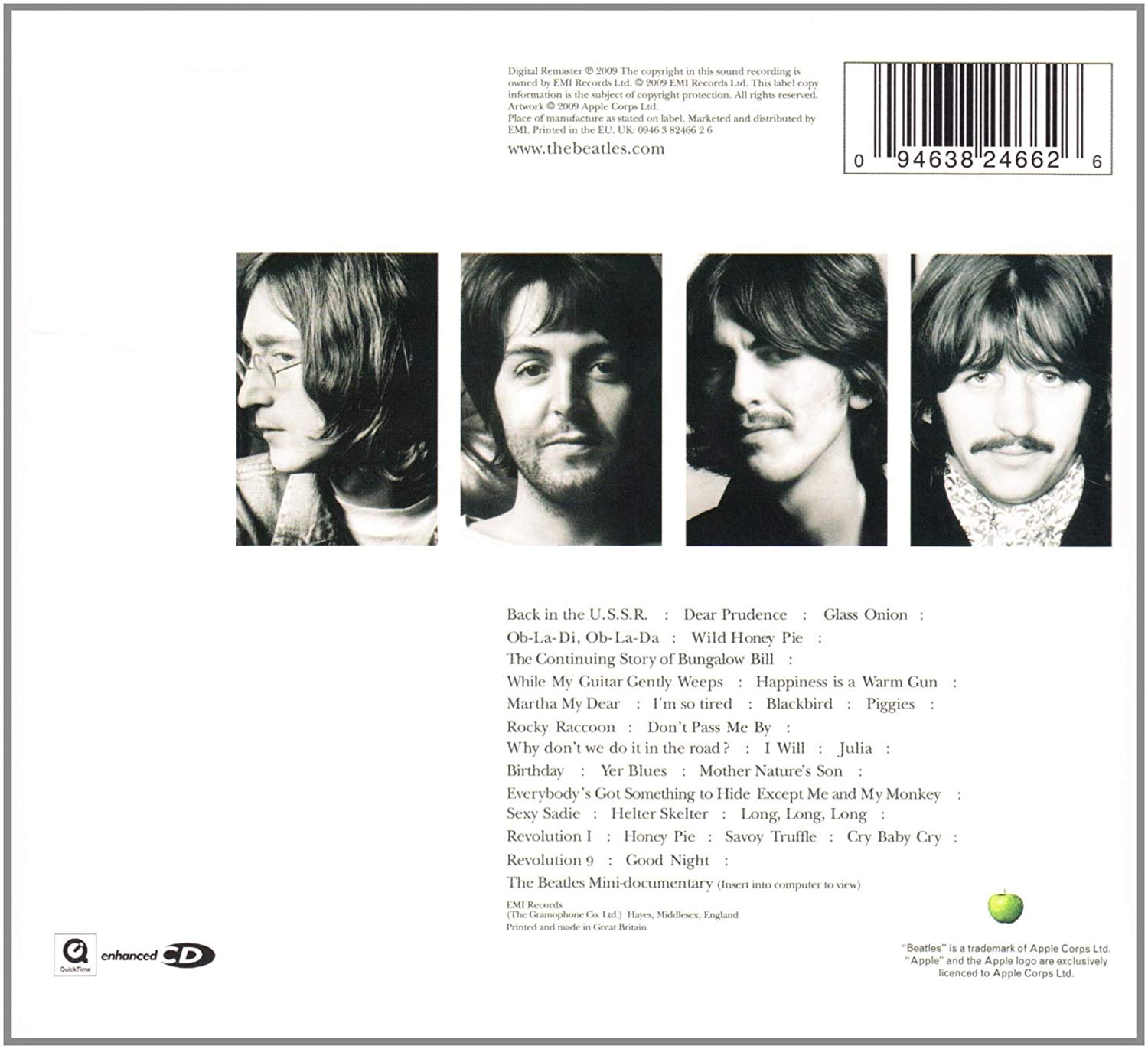 Choice Lyric: ‘‘She’s well acquainted with the touch of the velvet hand like a lizard on a window pane. The man in the crowd with the multi-coloured mirrors on his hobnail boots’’. – From Happiness Is A Warm Gun.

Like this? Check out Many Years From Now by Barry Miles, an excellent Paul McCartney biography with a colorful section on the making of The White Album.

For more on John, Paul, George and Ringo, check out my travel reports on The Beatles In Liverpool.