I’ve never been much of an academic. Crap at maths, woeful at science, run-of-the-mill at geography and history. Biology? Couldn’t care less. French? Forget it! The only thing I was any good at was English. Hence I ran with it in the hope that it would compensate for my shortcomings in everything else. It all stemmed from my love of reading, which began at a very young age. The first material I worked through independently was the Mr. Men books by Roger Hargreaves… Mr. Bump and all that malarkey. 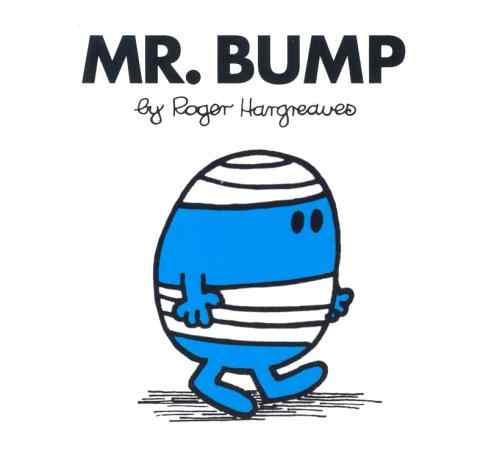 Later there was Captain Pugwash and comic books like The Dandy and The Beano. The Bash Street Kids were a firm favorite and I used to regularly seek out their standalone editions at car boot sales. At one time I had a mountain of them stacked up in my bedroom. I never could recall what became of them all. 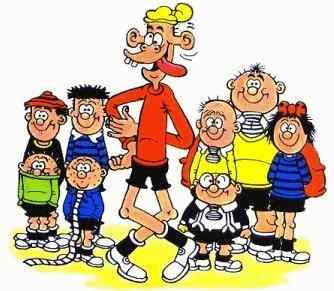 The Bash Street Kids: Still waiting on that modeling contract.

My literary debut came at primary school when my teacher asked me to produce a short text on what I wanted to do over the coming weekend. The local fun fair was in town, so I began scribbling away with the kind of enthusiasm only a six year old can possess. The resulting poem I Want To Go To The Fair, All My Friends Are There, may have missed out on The Pulitzer Prize, but my teacher seemed delighted with it! I got a gold star and everything. 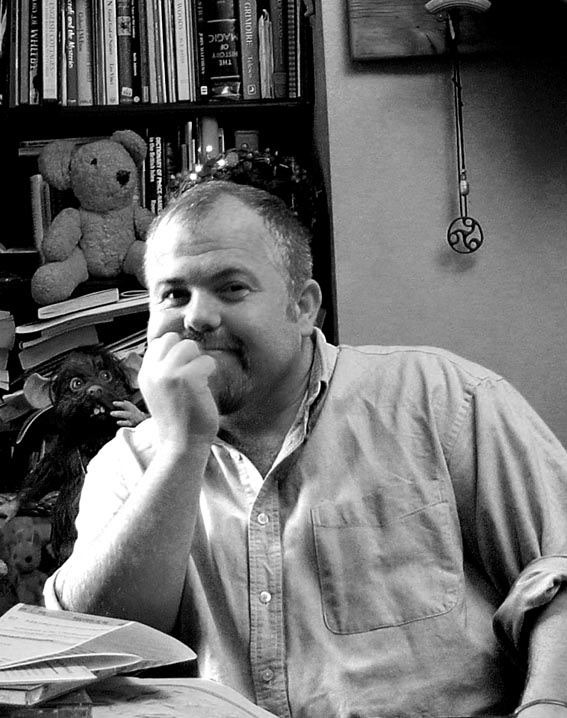 The first time I was completely blown away by literature was with the outstanding Deptford Mice Trilogy by the scandalously underrated Robin Jarvis. The series follows a group of young mice and their struggles against the sewer rats and the evil lord Jupiter.

I was utterly captivated and the release of each new book went down as a major childhood event. Jarvis’ stories are dark, tragic affairs and how he didn’t become a household name like J.K. Rowling remains a mystery. Nevertheless, he had a decent career and ended up putting out more excellent trilogies such as The Deptford Histories, The Whitby Witches and Tales from the Wyrd Museum. 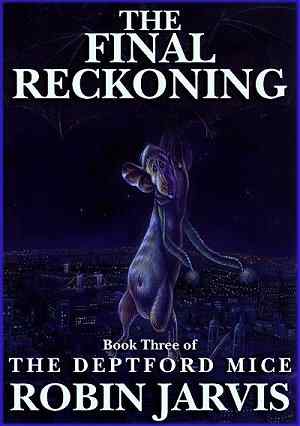 Like most kids of my generation I was a huge Roald Dahl fan. From The BFG and Matilda to Charlie and the Chocolate Factory and Danny, the Champion of the World, I still rate him as one of the very best. I even bumped into the old dog once in a bookshop in Buckinghamshire. I was with my dad at the time, who was savvy enough to grab a copy of The Witches off the shelf, before asking Dahl to sign it for me right there and then. It was 1989 and within a year the great writer would be dead. I still have that book, selling it on eBay is not an option. 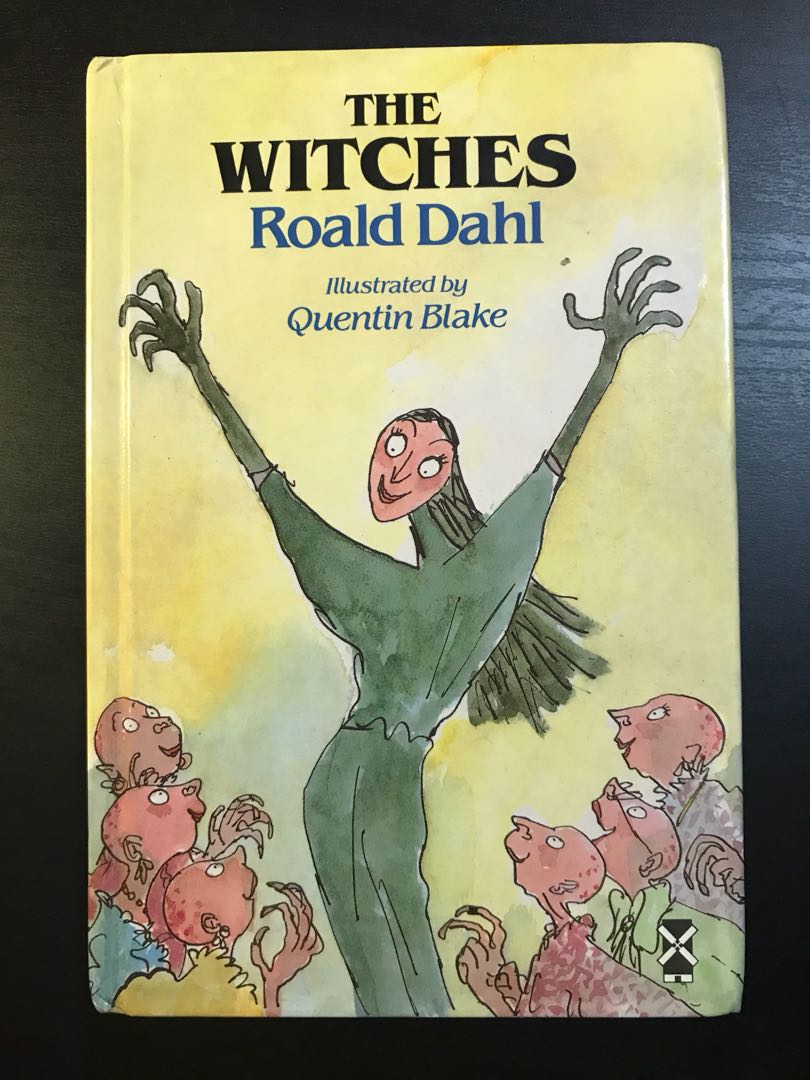 “An idiotic vitch like you must rrroast upon the barbecue!”

At military boarding school (not as bad as it sounds) my love for reading blossomed further thanks to a bright-eyed young English teacher called Miss Ozanne. Fuelled by her unfailing enthusiasm (and something of a schoolboy crush), I also developed my writing, winning the school’s Liverpool House Essay Award for my short novel The Secret Journey. Leafing through it today and the whole thing is admittedly a bit laughable. But I guess it wasn’t bad for a thirteen year old. I also love the fact that at some point I clearly used it as a coaster for my coffee. 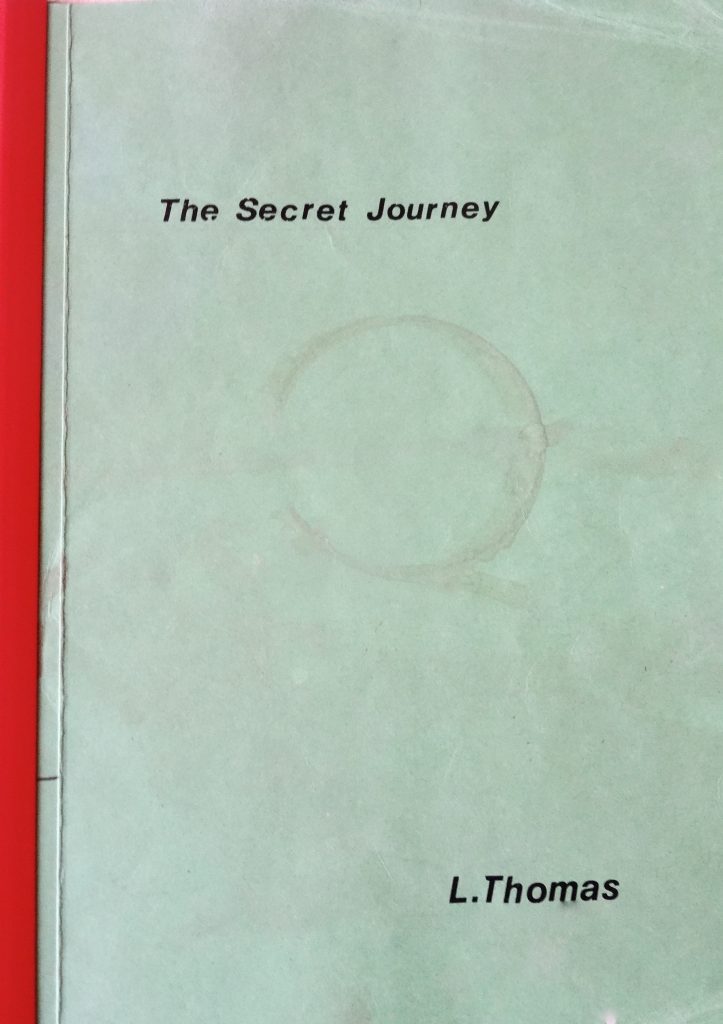 The Secret Journey, a modern classic.

Around this time I also became mesmerised by John Wyndham’s harrowing sci-fi novel The Day of the Triffids. In fact, so gripped was I that I’d disappear off to the toilets after lights out to read it in a locked cubicle by the light of a small pocket torch. ‘‘Piss off!’’ I hissed when someone knocked on the door one night. ‘‘Is that you Leighton? What the **** are you doing in there?’’ 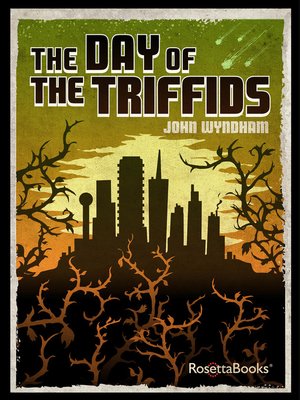 I found myself equally absorbed by the books of Stephen King and would spend hour upon hour in my room scaring myself senseless with titles like Misery, Pet Sematary and It. I remember my drama teacher scolding me for it. “Good god Thomas, put that book away, this man is not a writer!” But I paid him no heed. Having eventually read most of King’s output, I would probably rate The Stand as his crowning achievement. The uncut edition naturally. 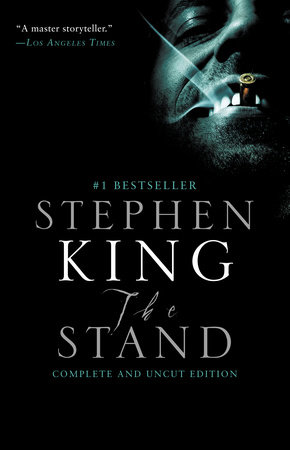 My college years led me through a number of the so-called classics. But I was largely unmoved by the likes of Shakespeare (yawn) and Chaucer (kill me now). Instead, I found myself utterly absorbed with Oscar Wilde’s The Importance of Being Earnest, Truman Capote’s In Cold Blood and George Orwell’s 1984. 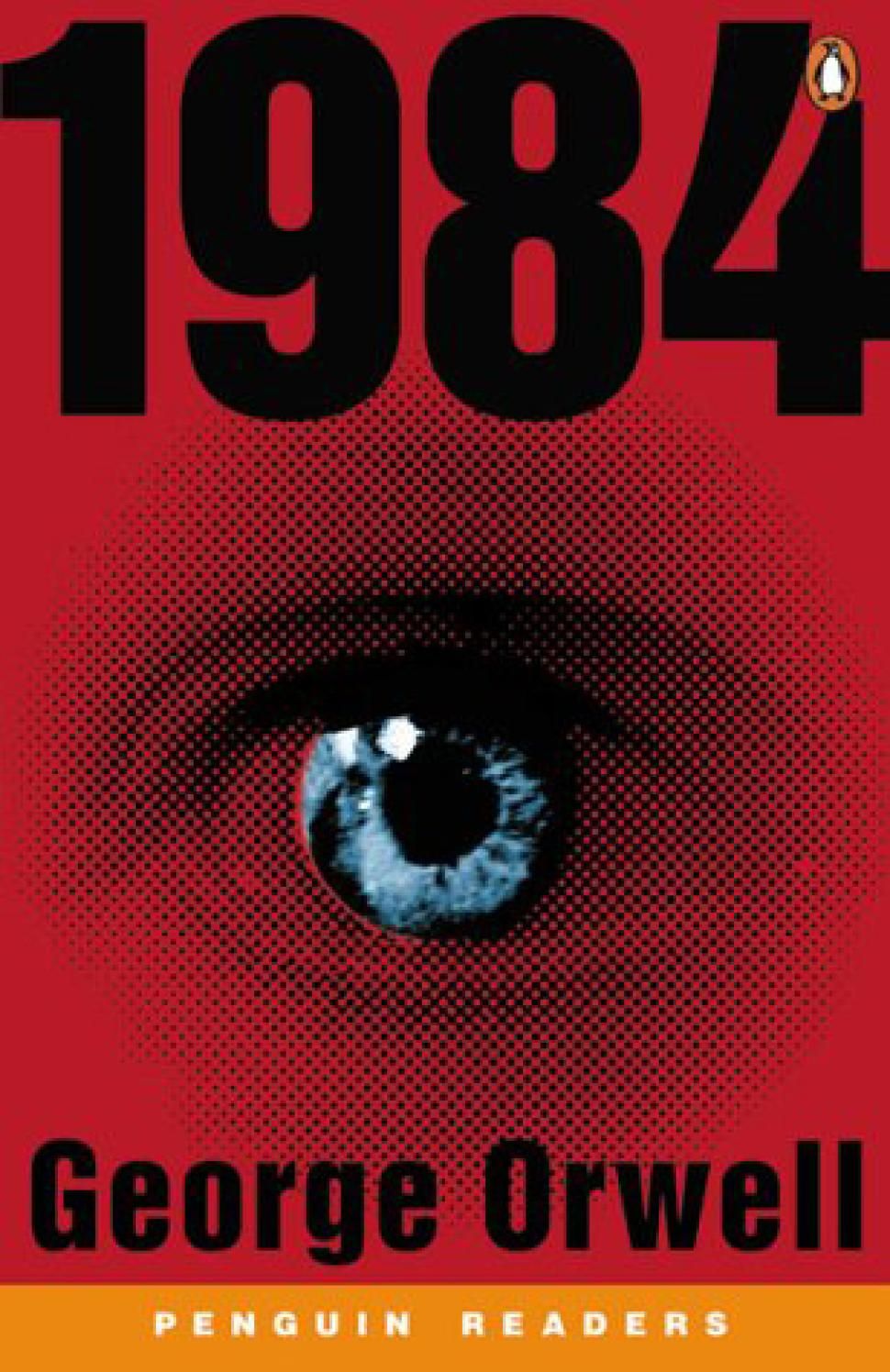 Later on, along with a thriving passion for music and film, my reading focus switched almost exclusively to non-fiction. I became a committed subscriber to Q Magazine (RIP), which got me fascinated in the art of album reviews. I consumed countless books about The Beatles and devoured autobiographies by Paul McCartney, George Harrison, Eric Clapton, Bob Dylan, Tony McCarroll, Alex James, Keith Richards, John Peel and Jerry Schilling (a key member of Elvis Presley’s Memphis Mafia). And just too many more to mention. 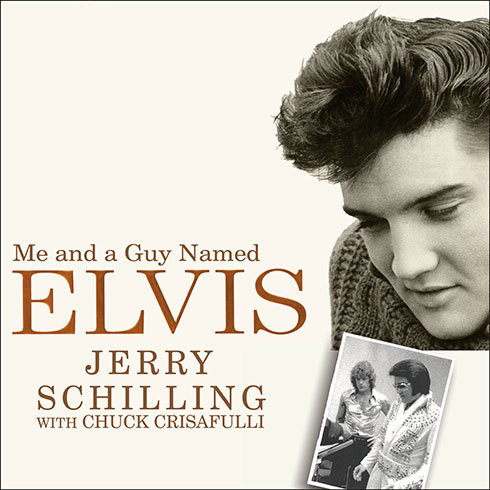 I bought this book right on Beale Street in Memphis in an old style mom & pop store.

I haven’t turned my back on fiction altogether though and occasionally come out of retirement for my favourite authors. A new Donna Tartt release always sets the pulse racing. I smashed through her debut The Secret History on a beach in India and despatched her follow-up The Little Friend on a hill in The Scottish Borders. The Goldfinch, her most recent novel, was despatched during a tour of the Northeast of China. I have a similar dedication to the hilarious David Sedaris and the heart-wrenching works of Khaled Hosseini. 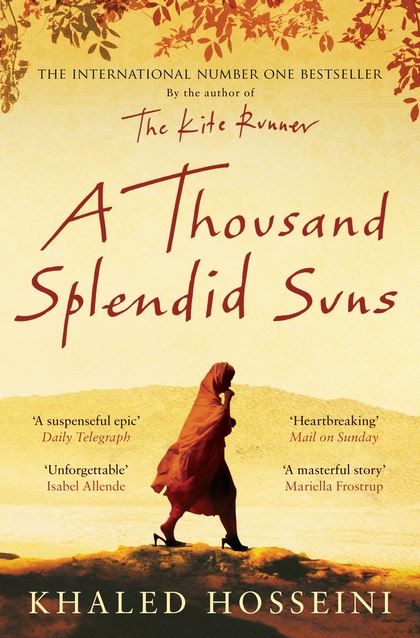 One of the most heartbreaking books I’ve ever read.

I don’t recall writing my first album or movie review. I’ve simply been doing that for as long as I can remember. Initially it was just for fun, when my only audience was a friend of mine who was also into Radiohead. Finally, I got a few pieces published online, then one or two in magazines.

It grew from there and in 2010 I landed a job writing and voice-presenting movie magazine TV shows for the Dutch company FCCE in Amsterdam. The position also involved penning celebrity news, which taught me a lot about the economy of writing. I found this an amusing but often frustrating process, as for every ‘Scorsese Attached To Direct 3D Family Adventure’ I’d have to produce two to three “Justin Bieber Urinates In A Bucket”. But who was I to argue with public demand? 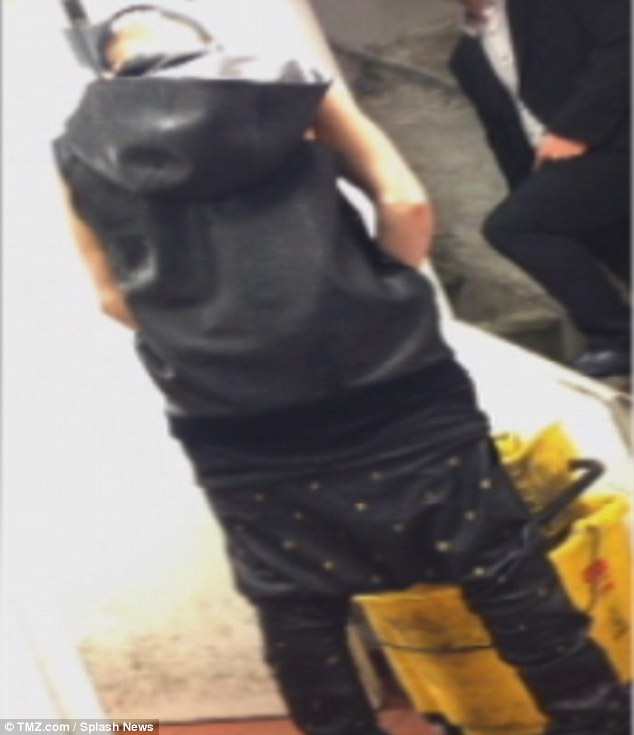 Justin Bieber urinates in a bucket. When I said I wanted to be a writer, this was not what I had in mind.

During this period I also began work on my own screenplay, a comedy drama called Red Light co-written with Michael Scott, an old friend from my Bratislava days. Flying over to Amsterdam for a series of writing weekends, we had great fun developing our characters and ironing out bumps in the plot.

Two years later we finished our third draft, which we submitted to the experts at Industrial Scripts. They came back to us with an encouraging twenty page report best summarised as ‘‘You’re on the right track, but…’’. Mike and I fully intended to give our script another whirl, but then my life fell apart and we never got around to it. I actually wrote a short story about this tumultuous period of my life called The End of Everything.

In early 2014 I began revising a number of my old short stories. Tales based on my experiences living, working and travelling abroad. I got so into it I ended up writing an additional thirty from scratch as I worked through the key periods of my life. I found the whole process to be incredibly nostalgic and therapeutic, so much so that I’ve never looked back. And so the foundations were laid for my blog, Leighton Literature. The mother of delayed reactions to all the people who’d asked ‘‘How come you don’t have a blog?’’ 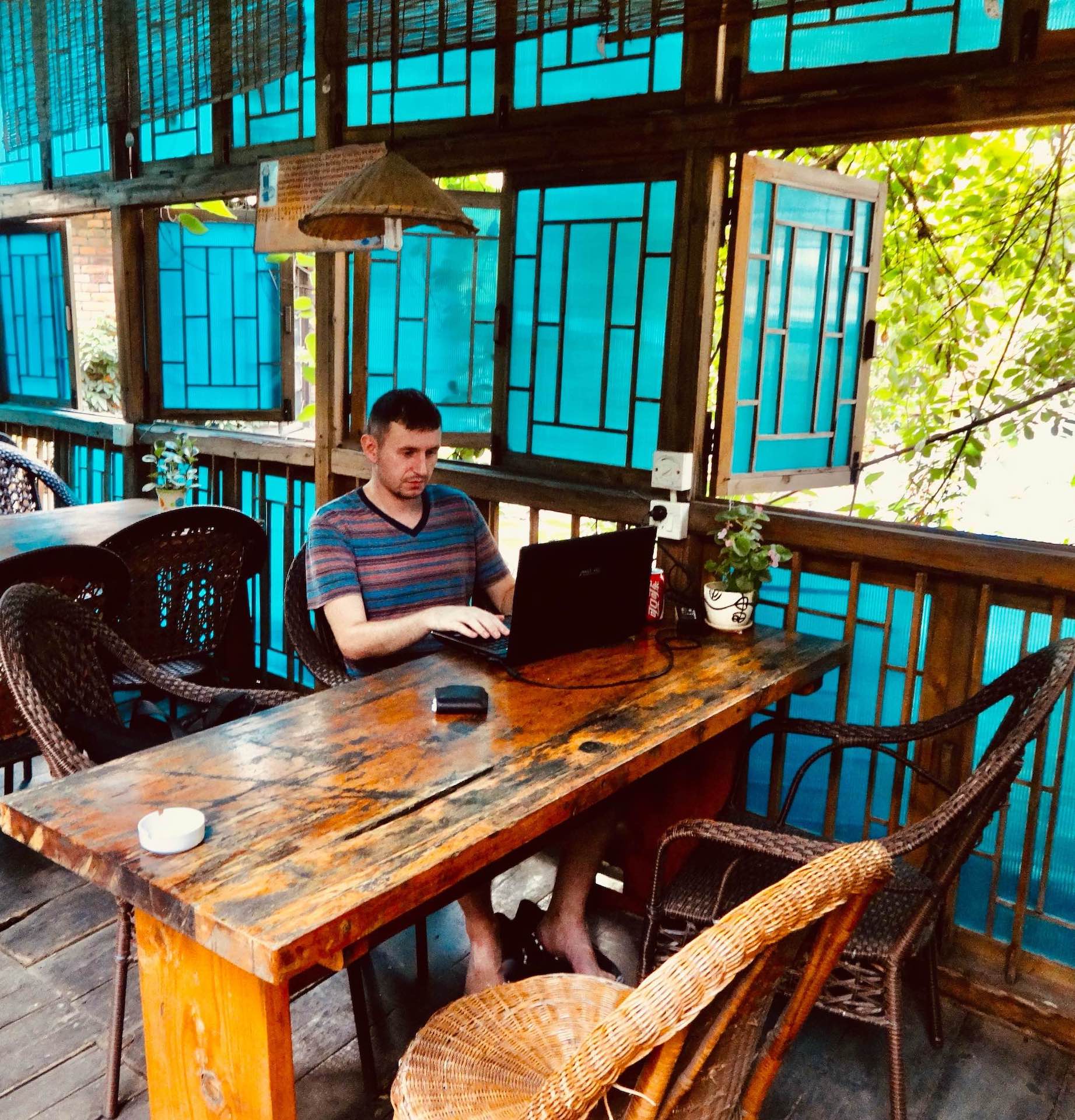 It’s now coming up to six years since I launched my blog. In late 2019 Leighton Literature morphed into Leighton Travels, the site you see today. So far, despite many ups and downs, it’s been an amazing experience. If you enjoy reading the articles on my site half as much as I have writing them, it’ll all have been worth it.

To read about the ups and downs of my life as a hopeless nomad, check out My Short Stories.

I’ve also been busy compiling a huge travel directory of all the places I’ve been to through My Travel Reports.

You can also leaf through my musical scribblings through My Album Reviews.