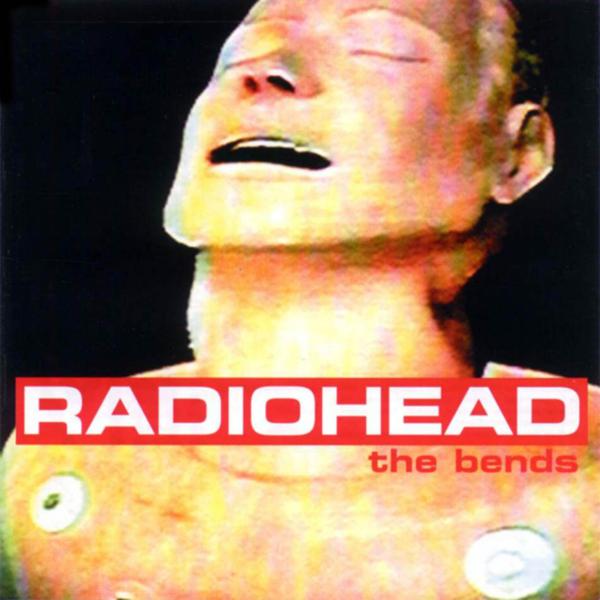 1995 was a golden year in my budding journey as a record collector. At seventeen years old I had barely twenty albums to my name but was greedily lapping up as much new music as my free time allowed. Which, as I happily underachieved my way through college, turned out to be quite a lot!

I fell for loads of bands that year, partly due to the irrepressible enthusiasm of youth, but also because there were some great records! I can’t remember all the albums I bought, but off the top of my head there was (What’s the Story) Morning Glory?, Mellon Collie and the Infinite Sadness, Different Class, The Great Escape, Stanley Road, I Should Coco, Grand Prix, Elastica, Ben Folds Five, A.M.

I vividly recall Radiohead’s The Bends knocking me for six. From the moment I first heard the opening bars of Planet Telex there was a rapid Whoa! What have we got here?! sensation. ‘‘Everything is broken’’ wails Thom Yorke alongside blasting guitars and warped, keyboard-enriched electronica. A song about the frustrations of communication in all its forms, it’s a spiky opener that gets proceedings off to an explosive start.

Radiohead’s detractors love to beat them with the ‘‘slow and depressing’’ stick but Telex isn’t the only moment where Thom and co prove they’re able to rock out with the best of them. On the bristling title track he lashes out against the disconnect of life as a touring rock star. If he isn’t ‘‘alone on an airplane falling asleep against the window pane’’ then you’ll probably find him slumped in a bar somewhere ‘‘waiting for something to happen’’. ‘‘Where do we go from here?’’ he deadpans, while later he’s drowning in paranoia as he wonders ‘‘Who are my real friends?’’

There’s a similar surge of raw power running through the veins of Just, a belter of a track that almost implodes in its own sense of self-loathing and alienation. ‘‘You do it to yourself, you do’’ sneers Yorke, his passionate rock opera vocals the perfect accessory to Johnny Greenwood’s machine gun guitar. Check out the song’s brilliant music video, if anyone’s ever looked cooler playing a guitar than Johnny does here I’ve yet to witness it.

And there’s yet further evidence of the band’s ability to put their collective foot on the gas. ‘‘I don’t want to be crippled and cracked’’ snarls Yorke on Bones, a U2-esque anthem about the anxieties of growing old. Then there’s the bipolar, Nirvana-flavored gusto of My Iron Lung, in which he rails against the success of their monster hit single Creep (‘‘A twentieth century bitch!’’), the popularity of which he compares to the strictly-for-profit vacuousness of boy bands (‘‘This is our new song, just like the last one. A total waste of time’’).

And so to the record’s collection of ballads. Slow and depressing? More like tender and agonizing! You’d need a stone heart not to be at least a little touched by the magnificence of Fake Plastic Trees, an acoustic, organ-flavoured delight about a failed attempt at true love in a modern society plagued by artifice. ‘‘She looks like the real thing, she tastes like the real thing’’ Thom drools, well aware it’s all an illusion. In the final line, with his cracked voice close to breaking point, he ruefully reflects ‘‘And if I could be who you wanted…’’. It breaks my heart every time, even now over twenty years later.

Elsewhere the bittersweet High and Dry is about as accessible as Radiohead have ever been, Yorke’s crisp vocals gently riding the waves of the song’s flowing verses as he returns to the subject of fame and the lengths people will go to achieve it. Thom himself is said to despise the track, referring to it as his ‘‘Rod Stewart’’ moment. (Nice Dream) meanwhile with its lush strings and hopeful vocals is another gorgeous number in which our narrator seeks refuge from the shallowness of fair-weather friends, record company stooges and manipulative hangers-on.

Then there’s Black Star, a look at a broken relationship with its implications of mental illness. ‘‘I know all the things around your head and what they do to you. What are we coming to? What are we gonna do?’’ With no answers in sight, the situation is simply blamed on ‘‘the black star’’, an intangible bad luck object that serves as a convenient scapegoat. 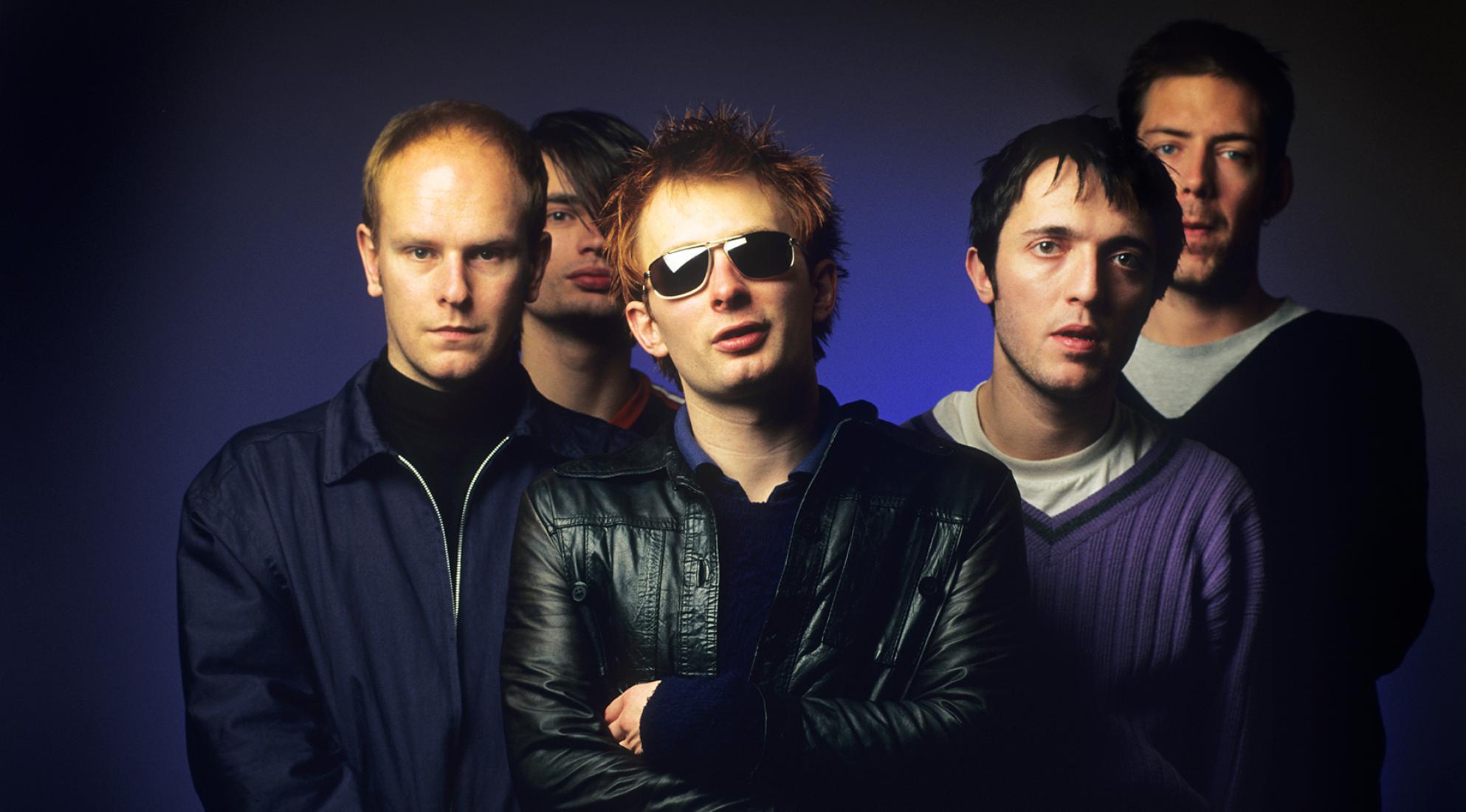 Album closer Street Spirit (Fade Out) stands proud as one of the bleakest numbers of the band’s career (quite an achievement!). Amid horrifying references to ‘‘cracked eggs, dead birds’’ and ‘‘blue hands’’ reaching out for him, Yorke recognizes and almost submits to his own claustrophobia and insignificance in a world where death is the only certainty. Dark stuff and yet somehow, amid swirling harmonies and chiming guitar arpeggios, he ends the record on a life-affirming note, claiming the only way to combat such debilitating dismay is to ‘‘immerse your soul in love’’.

Released in March 1995, The Bends is Radiohead’s second album and a considerable evolution from their alt-rock by numbers debut Pablo Honey. It’s not perfect – I’ve always felt Bullet Proof… I Wish I Was and Sulk get a bit lost in the mix – but it is a towering achievement in commercial rock that boasts just enough experimentalism to hint at even greater possibilities. What they did next of course was jaw-dropping, rewriting the rule book with OK Computer and all but throwing it away on Kid A. For me though, The Bends is a wondrous LP, a collection of tracks that presents the group as triumphant pop/rock titans, a trick they would never repeat.

It also resonates with me personally. I mourned a teenage breakup with repeat plays of Black Star and played guitar hero in the mirror to Just, long before the game was even a glint in its creator’s eye. Fake Plastic Trees remains one of just a handful of tracks to have brought me to tears and (Nice Dream) will always remind me of surreal, comradery night shifts at Tesco’s stacking shelves in the dairy department. As such, it’s a record I’ll always go back to, an album that I know will stay with me for the rest of my days. 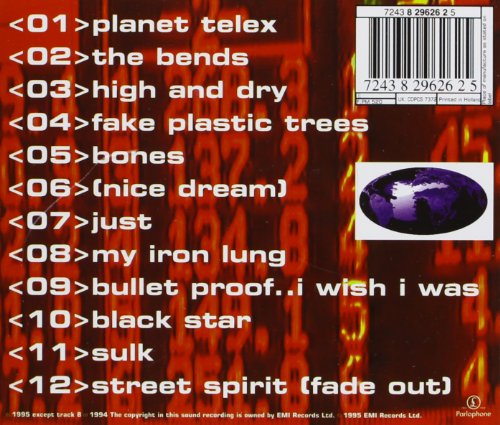 Choice Quote: ‘‘Fake Plastic Trees was a combination of a joke that wasn’t really a joke. A very lonely, drunken evening and, well… a breakdown of sorts.” Thom Yorke.

Choice Lyric: ‘‘He used to do surgery for girls in the eighties, but Gravity always wins’’. – From Fake Plastic Trees.

Like this? I could easily list some mid-nineties alt-rock records that fit into the same mould as The Bends. But it would be kind of rude not to point the uninitiated in the direction of OK Computer, Radiohead’s follow-up record that took rock and indeed music in general to exciting new heights.