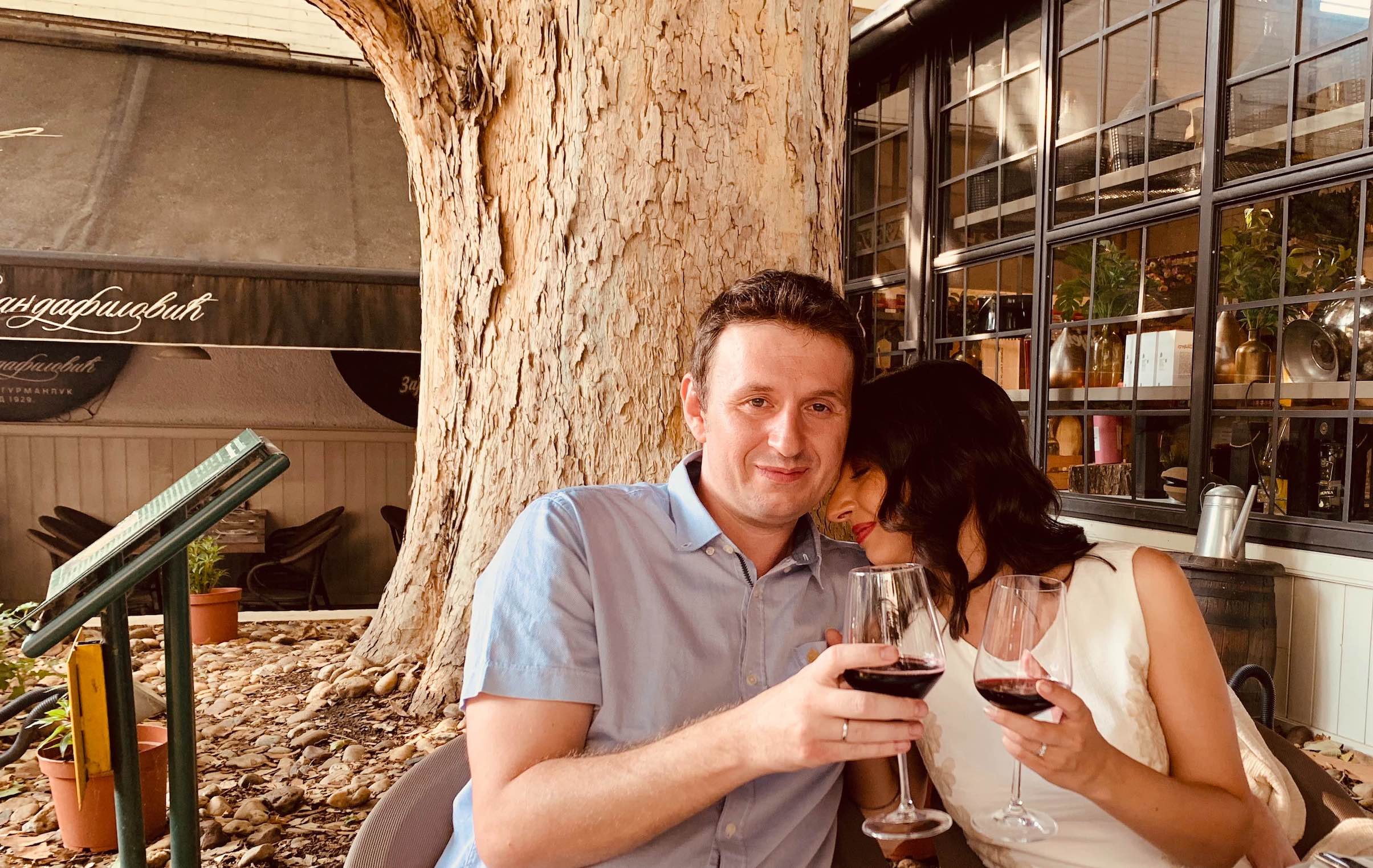 Forgive my language, but I am fucking exhausted. Both mentally and physically. In fact, I’d say Sladja and I are unlikely to ever forget July 2021. In terms of experiencing some of the most intense highs and lows life has to offer, last month certainly had it all… and then some.

It all started off well. For the first time since we arrived in Serbia (October 2020), we were finally able to do some cross country travel. Ok it was just a week, exceptionally tame by my standards. But hey, sometimes you just have to take what you can get.

Lord only knows we needed a break, as the previous nine months had taken their toll. We’d had to secure a place to live, address various health concerns and get vaccinated. Not to mention diving into the black hole that is Serbian bureaucracy in order to get my temporary resident’s visa. Then jumping into a similarly dark void for our marriage paperwork. 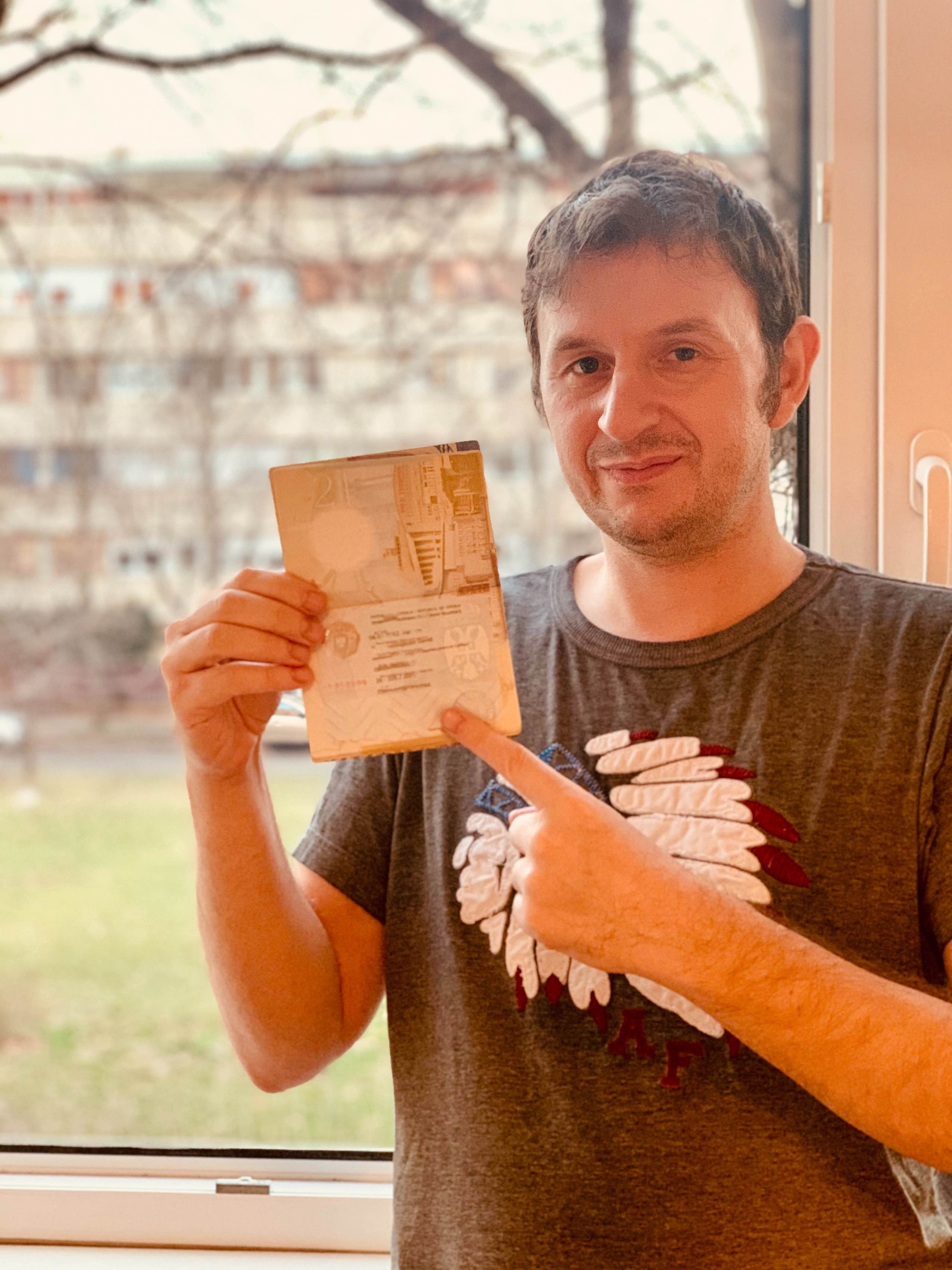 During those nine months we’d only managed a couple of overnight trips away from Belgrade. Thus I’m sure you can appreciate just how much we savoured our seven days touring Eastern Serbia. In truth, it was a magical trip. First, we enjoyed a couple of nights in the peaceful Danube town of Veliko Gradiste, where we stayed in a boat hotel. That was the view from our balcony, pictured below. 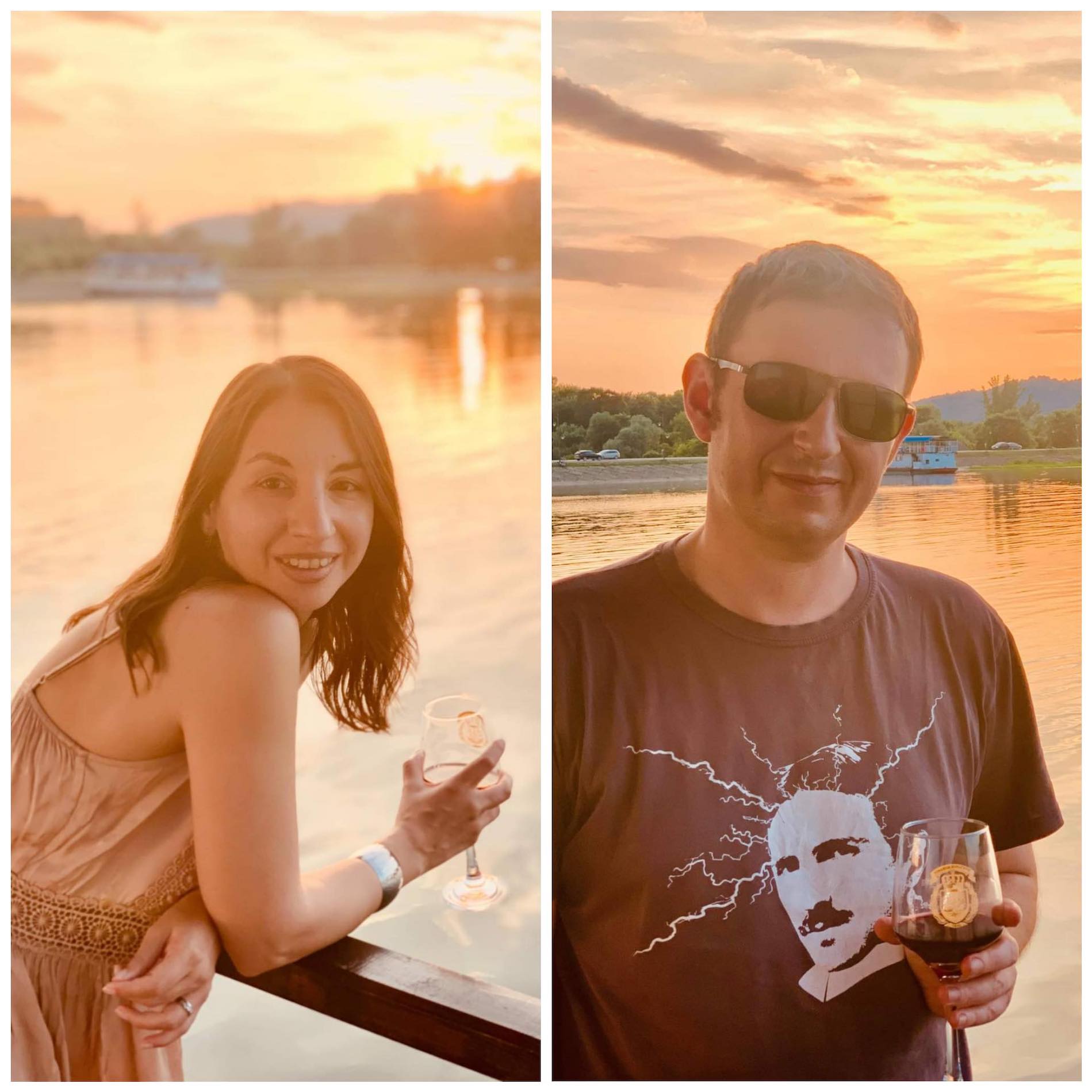 Next came a couple of nights in the village of Golubac. Also perched on the Danube, we took a private river cruise, visited the stunning Golubac Fortress and did some hiking in Djerdap National Park. I also fondly recall our morning exploring the fascinating Tumane Monastery and its leafy surrounds. 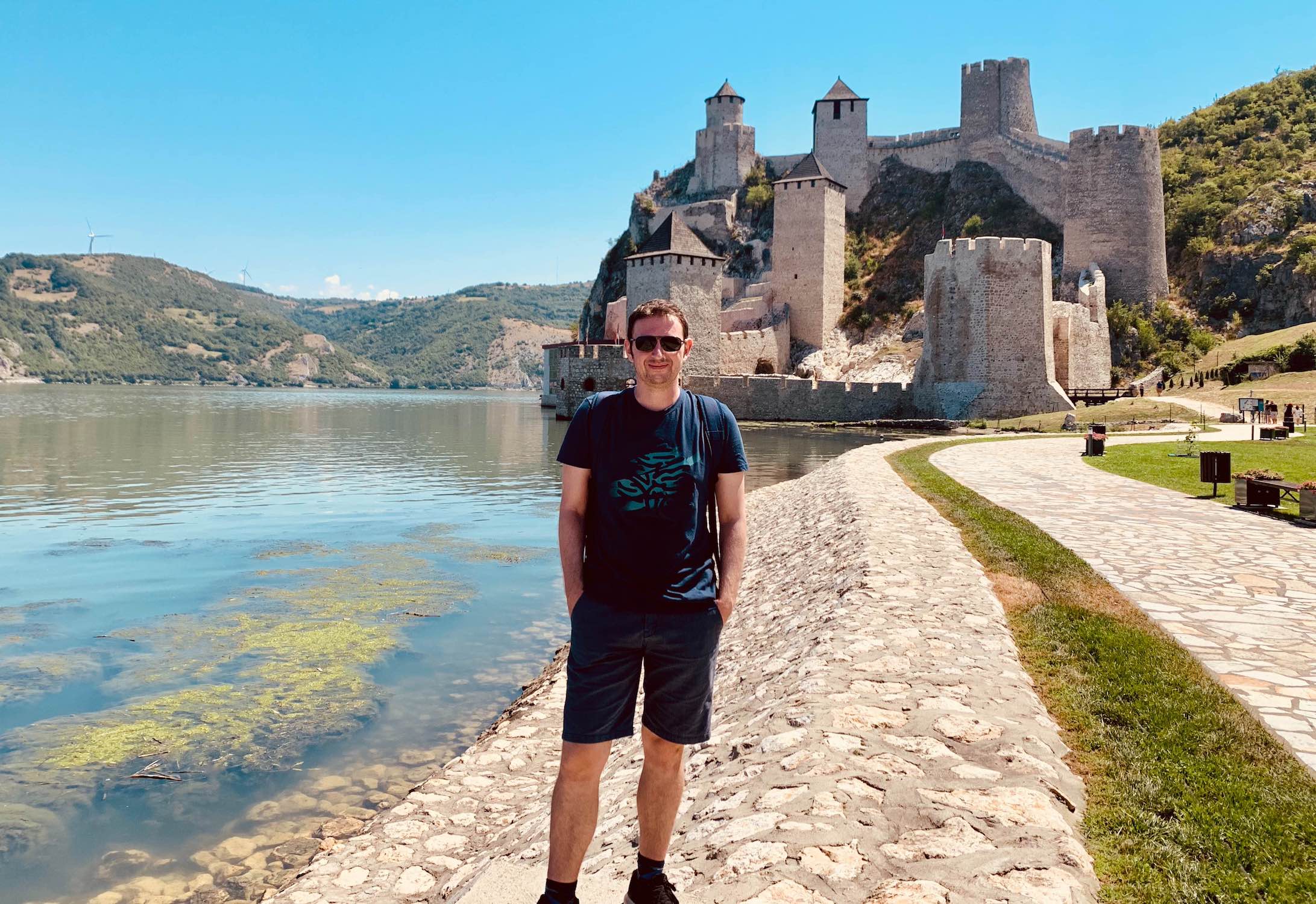 Last, and by no means least, we finished the trip by celebrating our birthdays in the exceptionally pretty hills of Donji Milanovac. Renting a tiny room in a family guesthouse, we ordered a giant cake, drank our hosts’ homemade cherry juice and enjoyed more incredible Danube views from the balcony. As an old friend of mine was once fond of saying, “good times”. 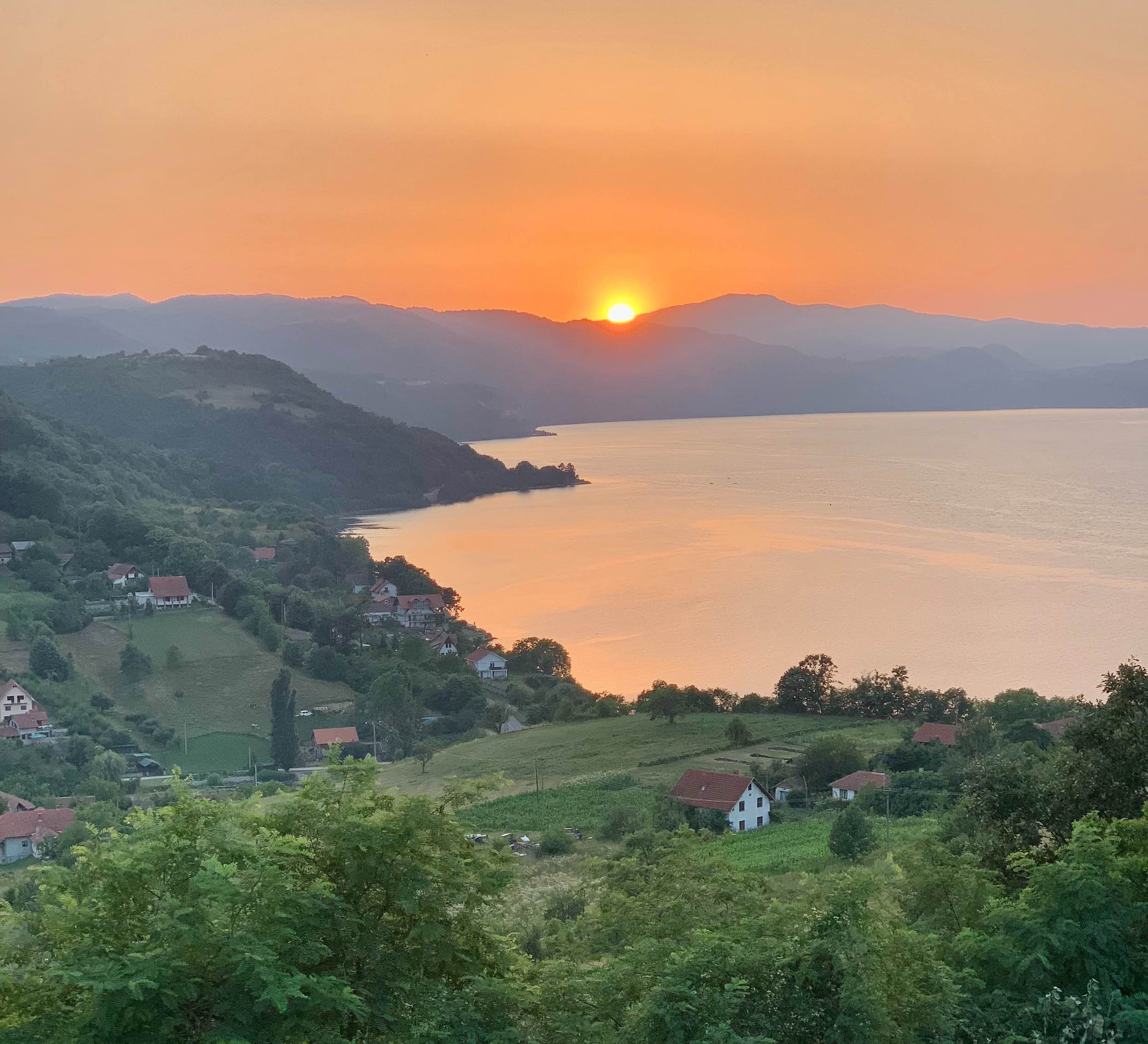 A magical evening in Eastern Serbia.

The trip was of course over much too quickly. And before we knew what was going on we were back in Belgrade. Rest assured, dear readers, that I will write up a detailed series of travel reports from these Serbian adventures. Some patience, if you will, it’s on the list.

Back in Belgrade, Sladja surprised me by treating us to a night at Ben Akiba Luxury Suites. It was the evening of the Euro 2020 final between Italy and England and she wanted it to be a special experience. At home in our (non luxury) apartment, we would have relied on streaming the game via BBC iPlayer through our VPN on patchy Wi-fi. In Ben Akiba, Sladja had found a place with lightning fast wifi and a large flatscreen TV with a vast array of cable channels. 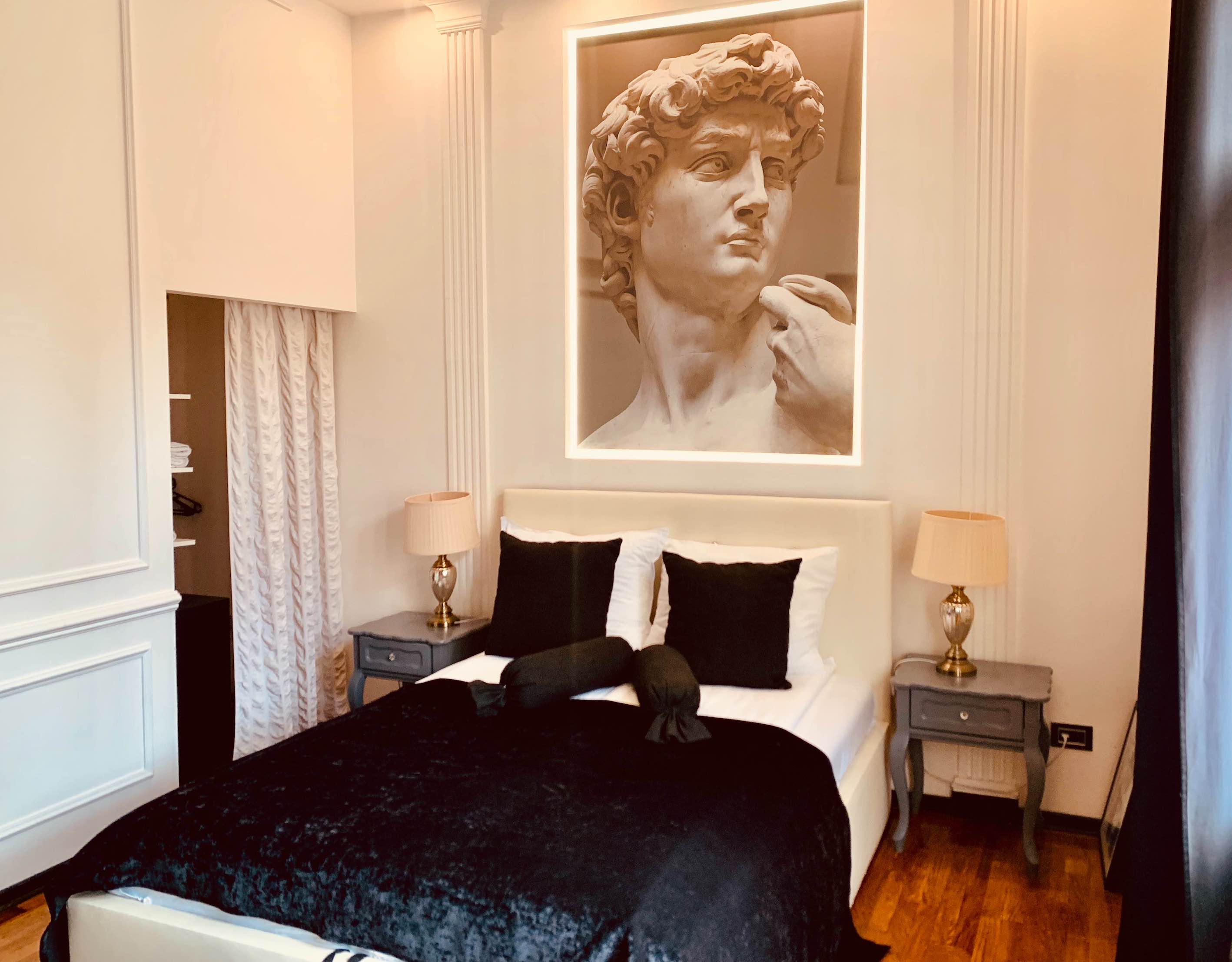 A luxurious evening in Belgrade.

It was an amazing surprise and such a thoughtful idea. Unfortunately, England lost the game on penalties, stretching their major trophy drought to 55 years. I was gutted, even though I’d known in my heart of hearts that we weren’t going to win. Despite the defeat, we still had a great evening with takeaway food, ice cold beers and a dip in the living room hot tub. A memorable night. 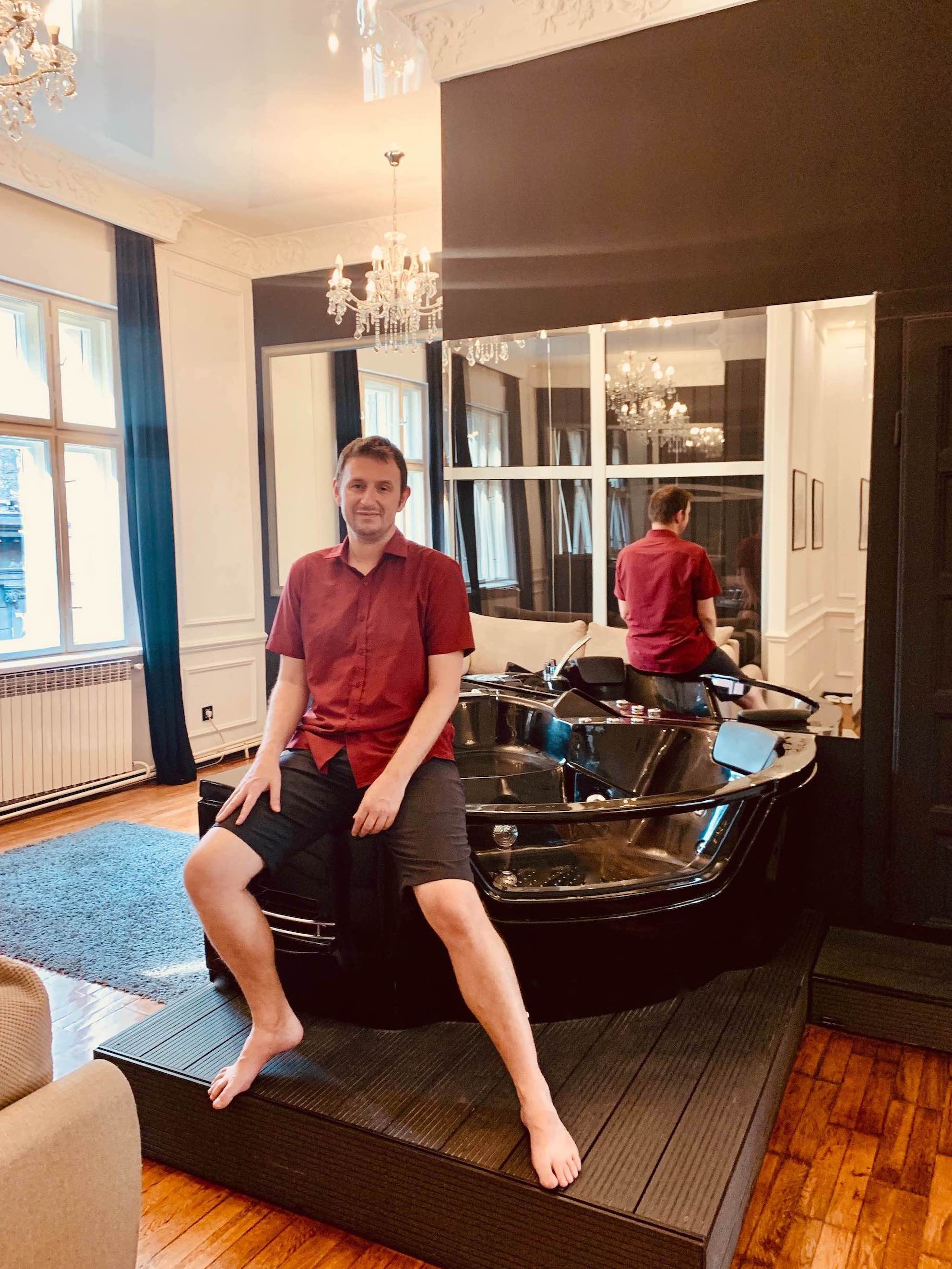 With the comparatively frivolous football out of the way, Sladja and I launched into wedding prep as the clock ticked down on our big day. And then, quite suddenly, I awoke one morning to some really shit news from the online ESL platform I work for.

New Chinese government regulations are on the way, they said. The company needs to act accordingly, they claimed. Consequently, they’d decided to cut teachers’ salaries by up to 40% across the board. Effective within just a few weeks. I couldn’t quite believe what I was reading. Imagine turning up to work one day and being worth 40% less than you were yesterday.

The Mayhem Part I. 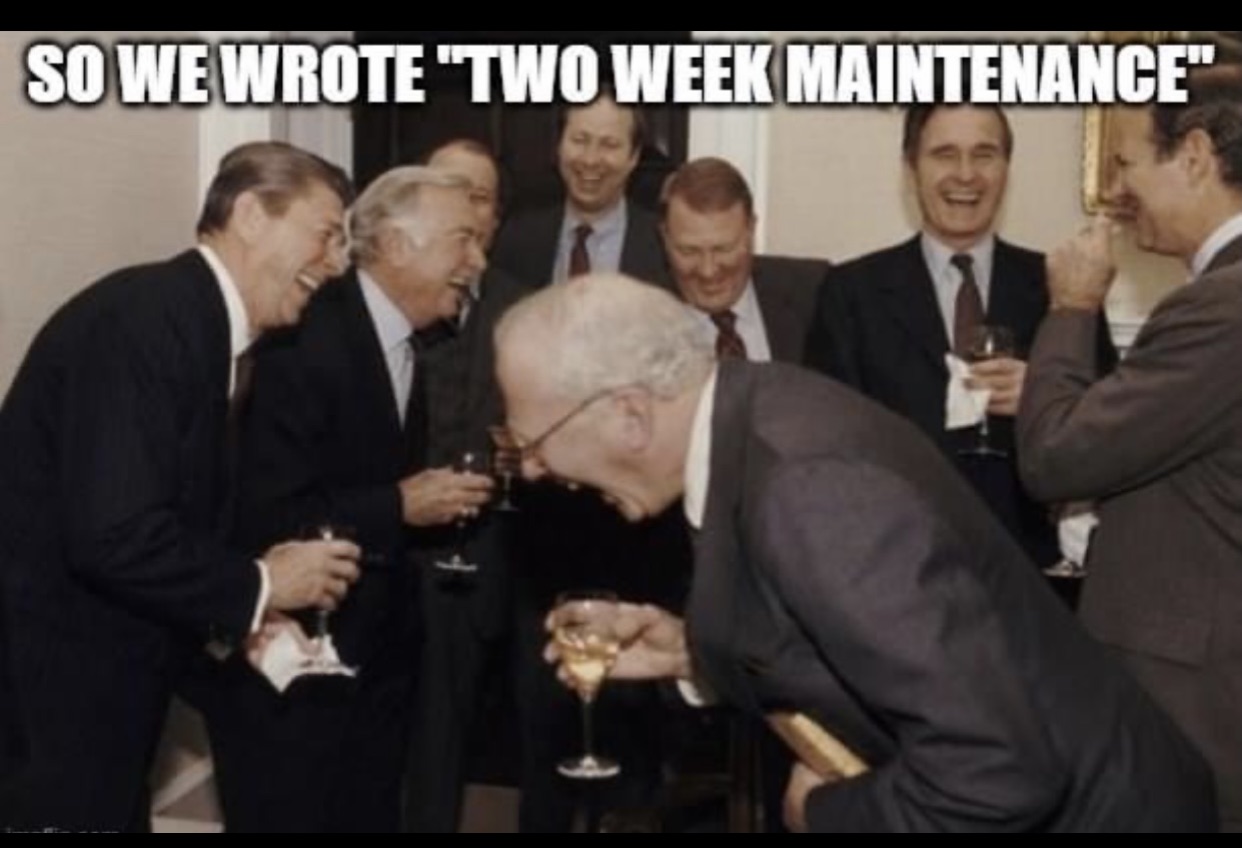 The days that followed were even worse. I discovered that my company had also blocked all in-app messaging, presumably to stop teachers from contacting each other… and crucially parents. “The chat tool is under maintenance” they said.

With our wedding day fast approaching, the future was starting to look uncertain. Especially when I discovered how my company had started firing teachers who tried to give their contact details to parents during lessons. Furthermore, they showed the door to a number of part time teachers and those with average ratings. What a mess. Nevertheless, we resolved to sweep our worries to one side and focus on our special day. 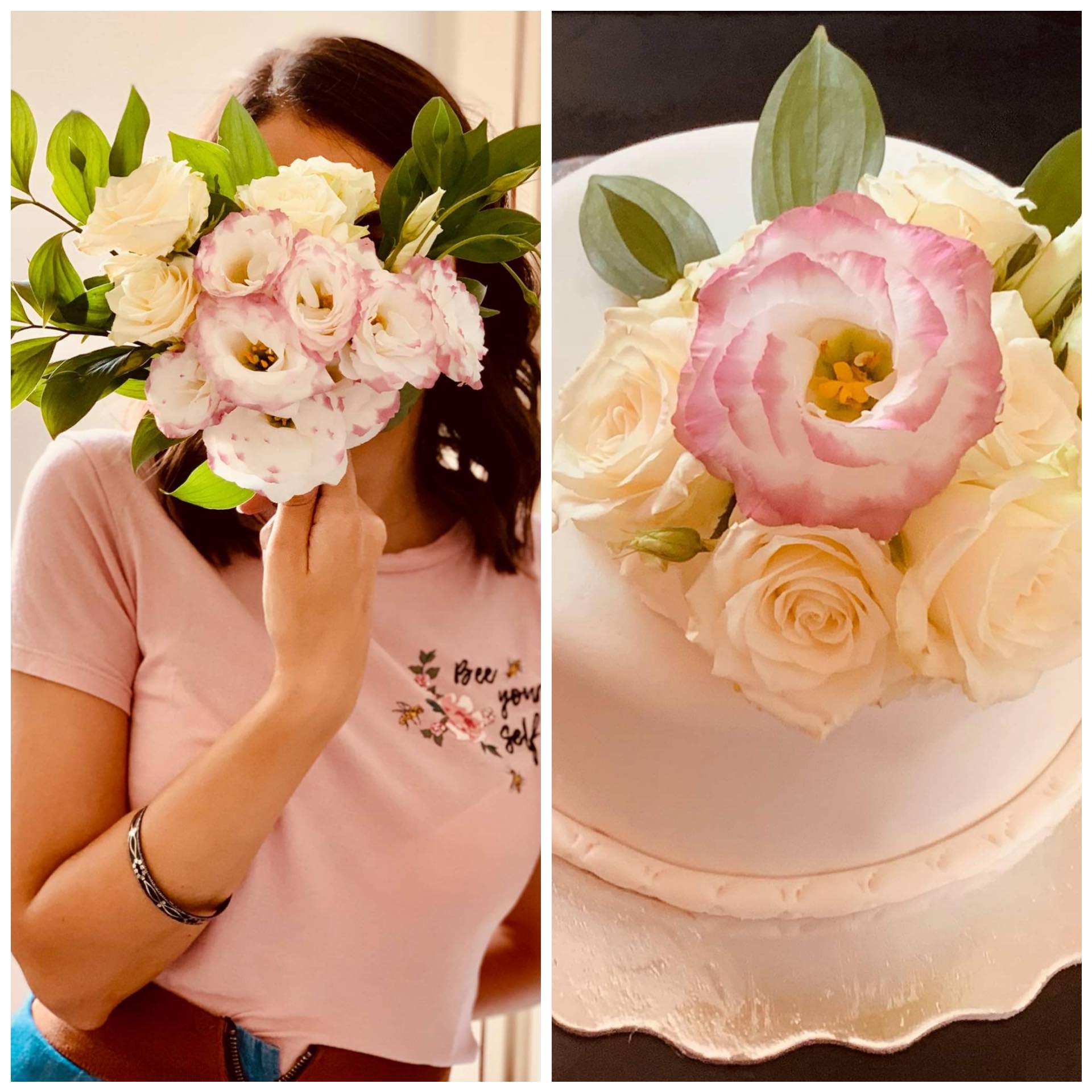 It was a lovely intimate, low-key day, which we enjoyed very much on our own terms. We ordered a delicious cake from one of Belgrade’s fanciest bakeries. And Sladja gathered some flowers from the local market to fashion a little bouquet.

The short walk to the registry office took just a few minutes. The gathering was a small one, just us, the registrar, the translator and Sladja’s immediate family. Sladja looked gorgeous that day, as she always does, and I don’t mind admitting that we both had a wobbly moment while exchanging vows. 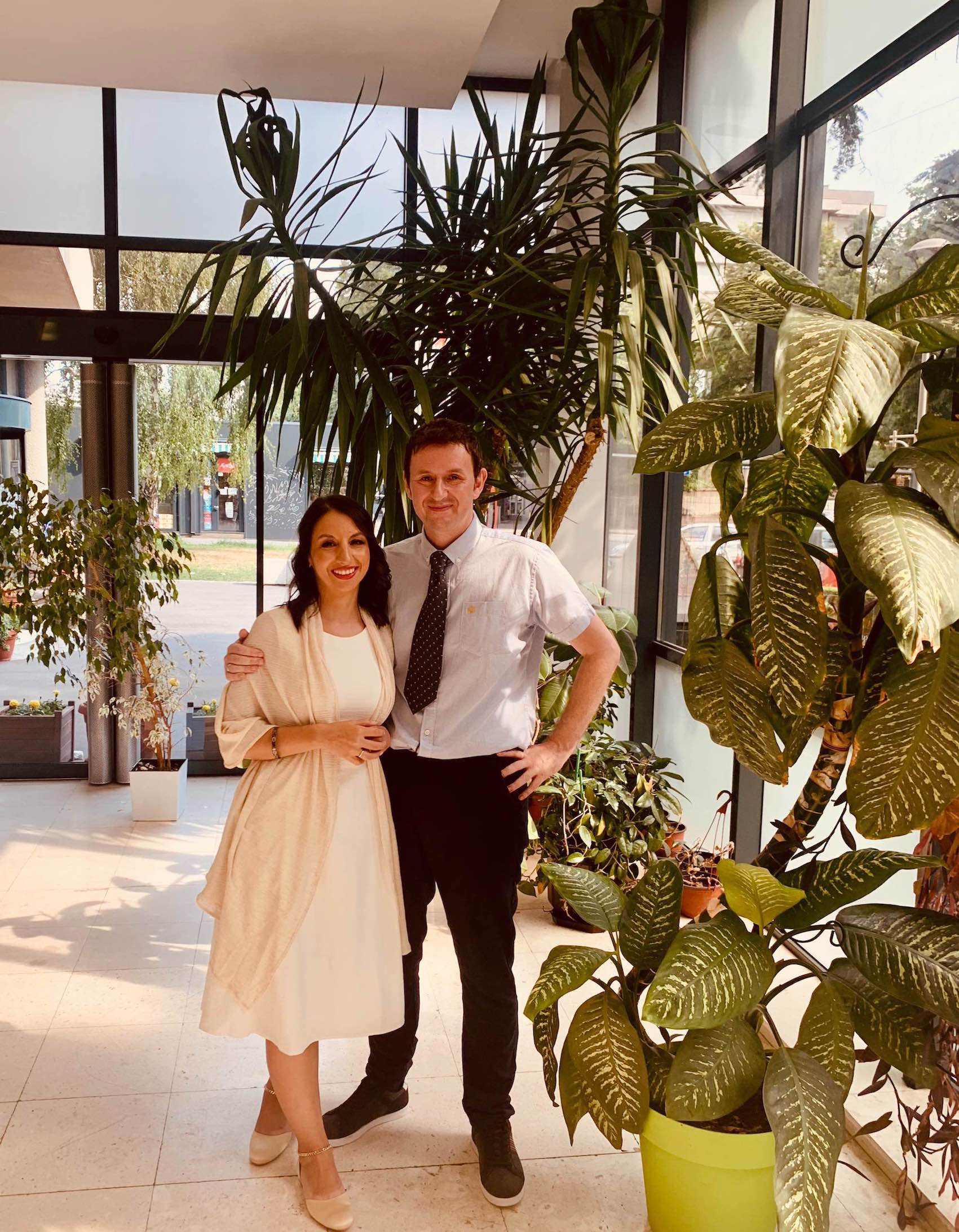 After the ceremony, we all went for dinner at a local restaurant called The Tree. This is where Sladja and I had our first drink together during my maiden visit to Belgrade in August 2019. It felt only right that we celebrate here. And what a feast it was, with wine, roast veal and a homemade cake from Sladja’s mum. 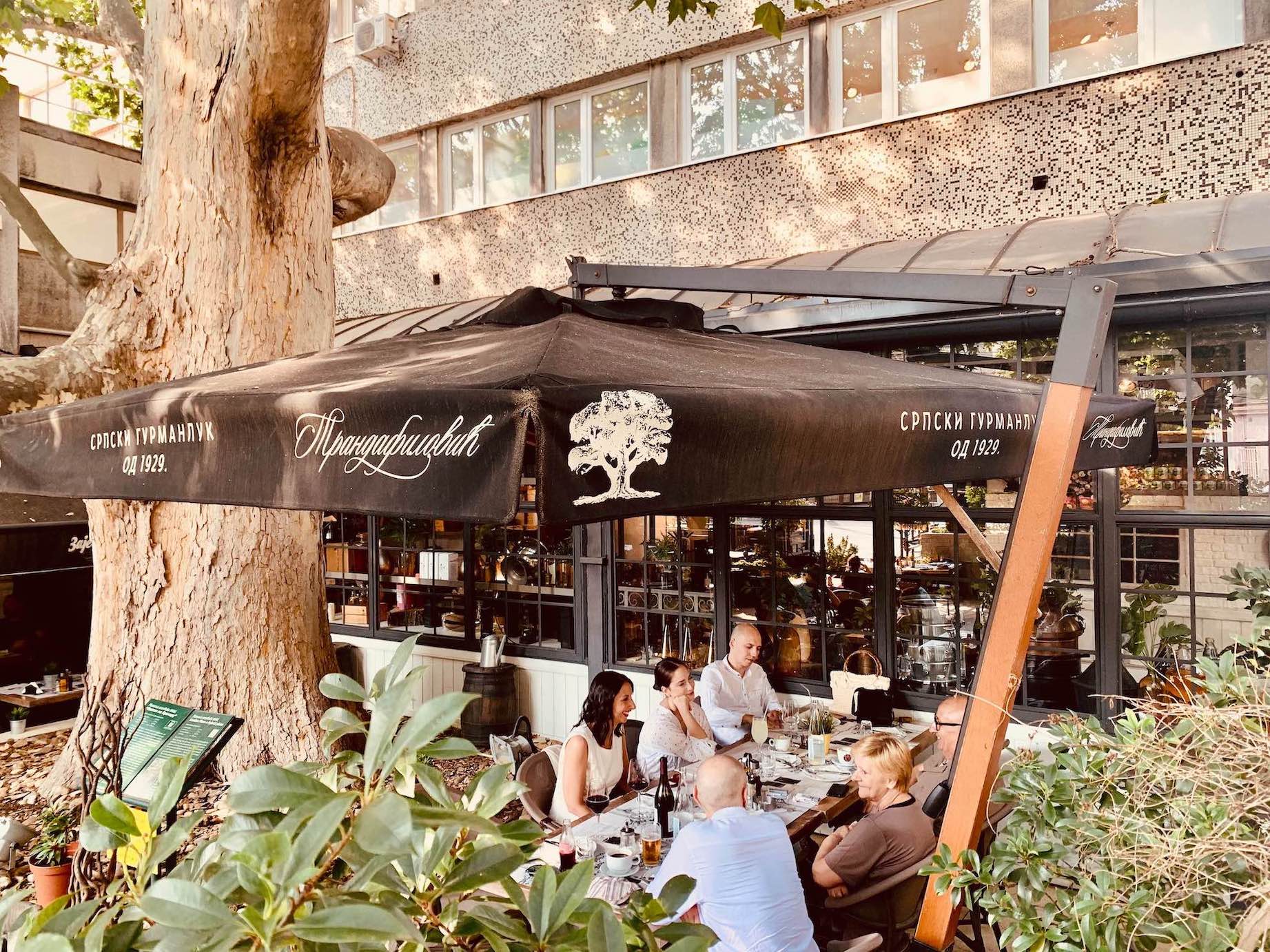 (Bistro Trandafilović) aka The Tree.

Sadly the seriousness of what was going on in our professional lives came into sharp focus the very next day. With more information coming out about the Chinese government’s new regulations, we were left without even a hint of a honeymoon vibe. If you haven’t heard the news, the basics are as follows:

1: All core education private tutoring companies have been banned from making profits. They must now register as non-profit organisations.

3: Foreign teaching materials are to be banned in Chinese schools.

4: Private tutoring firms will be forbidden to operate after 21:00, during weekends and public/summer/winter holidays. 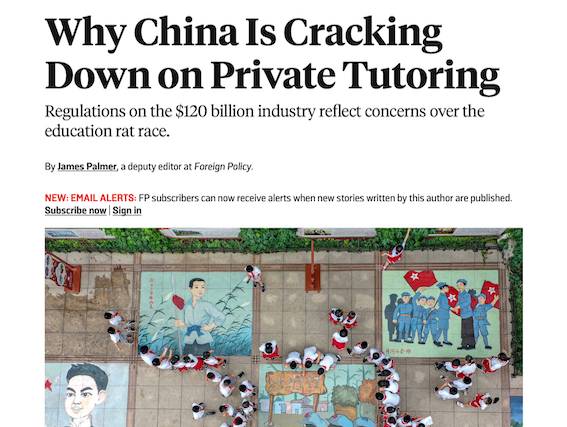 Of course there’s way more to all this than I’ve briefly mentioned here. Just Google if you fancy getting the full picture of how deep it all goes. The ludicrous pay cut I’d been subjected to was my company’s desperate attempt to cut costs and plug a hole in what is obviously a sinking ship.

Somehow though they continue to operate. Other platforms have already fallen, announcing immediate closure or scheduling an end to operations by the end of the year. Sladja, who also works for a Chinese company, is currently sweating on last month’s pay check while the government “carries out an audit” on her employer.

Seriously, dear readers, the stories I could tell you about this whole mess reach way beyond this modest report. I shall hold it all back for a future short story. Almost certainly some years down the line when the dust has settled and I don’t feel quite so bedraggled by everything.

A Fork in the Road. 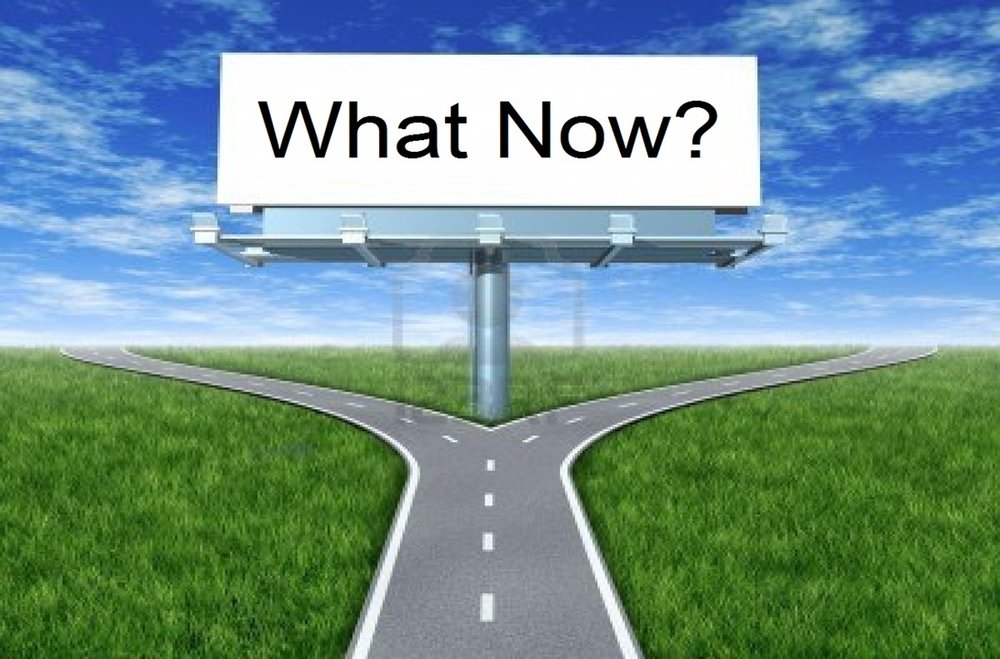 Both of us know we have to start thinking about a new path forward. And that’s exactly what we’re doing. We find ourselves at one of life’s almighty forks in the road. Do we go and work for another online teaching platform? Should we perhaps start something of our own? Draw a line under teaching and embark on a whole new professional journey together? Only time will tell.

We are into our last month in Belgrade. What an unforgettable ten months it will have been by the time we pack up our stuff and head off for an indefinite period of living/exploring/working (?) around The Balkans. This has long been our plan and whatever carnage unfolds in the next weeks, we will not be denied it. 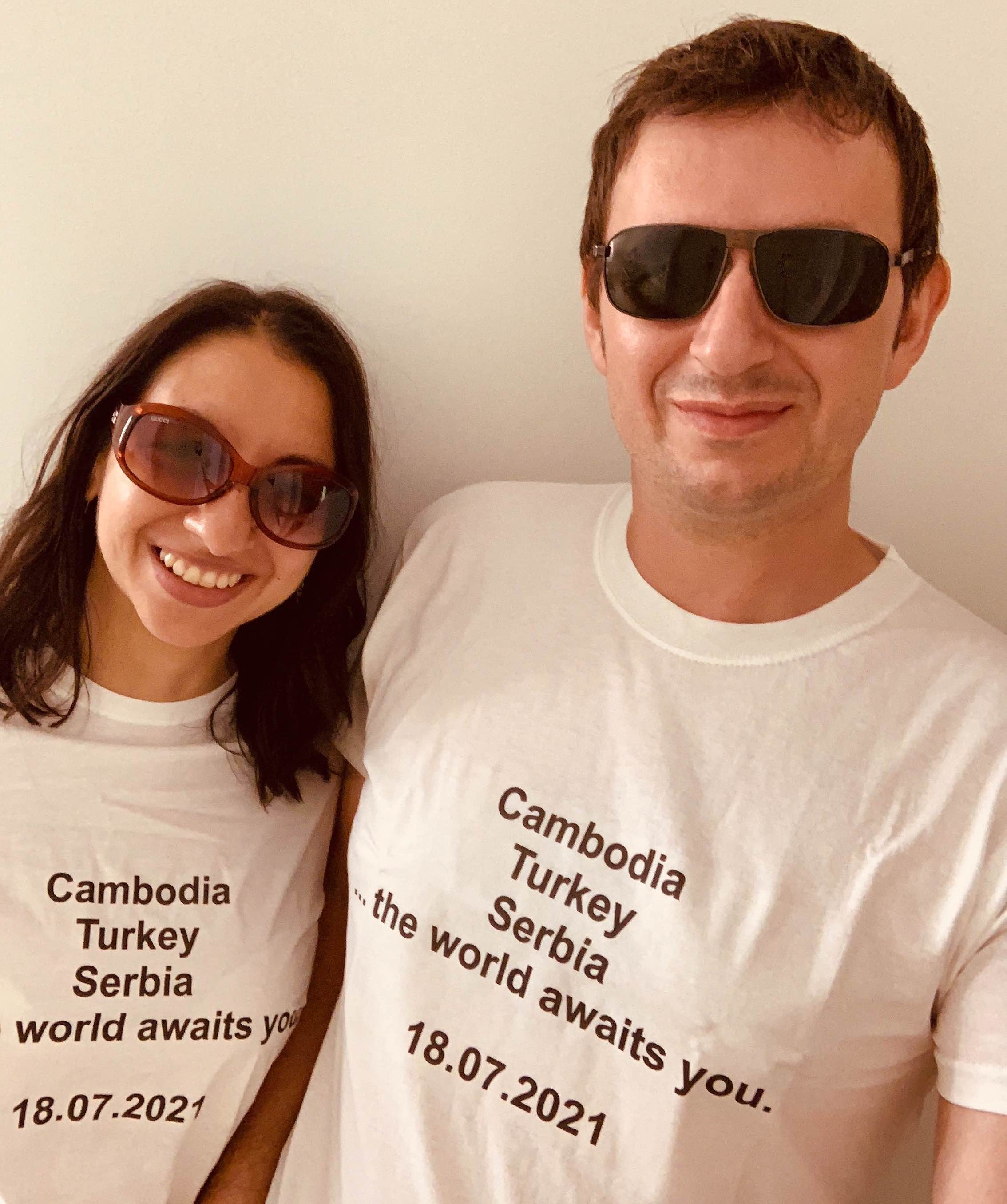 Have sunglasses, will travel.

We head into a future that is much more unknown than I would like it to be. But we do so with a certain amount of experience and resolve. We are married (!), fully vaccinated and financially stable. We are alive! Whatever it is that lies ahead, I know that we’ll face it together. 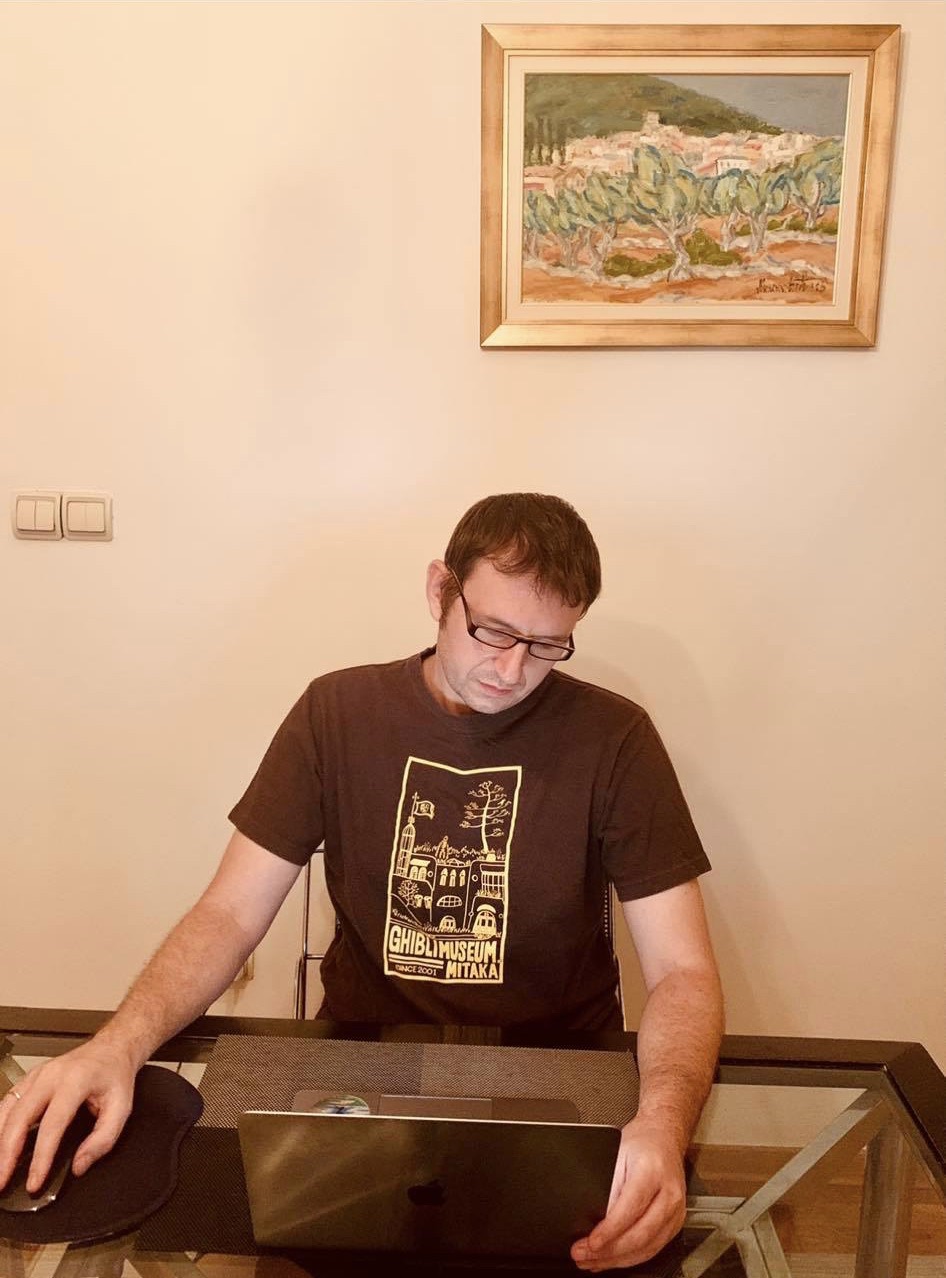 With so much going on in recent weeks, I have found it hugely challenging to keep Leighton Travels ticking along. Having run out of finished content, I decided to republish my short story series The Slovak Files for those who hadn’t read it. Thanks to everyone who took the time to read and comment, it was much appreciated.

Next up, a brand new series of travel reports from… oh, you’ll just have to wait and see. This series was slowly put together in between all the chaos, so forgive me if any of it feels a bit… distracted. Thanks, as ever, for your loyal readership, it means a lot.