Like a lot of people I first got into music through my family as a kid. My dad has always been crazy about The Beatles, thus the fab four served as an idyllic start to my musical education. She Loves You… I am the Walrus… Get Back… I was instantly hooked and my first great musical journey came through those incredible records.

Side dishes came in the form of essential 60s pop/rock n’ roll. I’m talking The Kinks, The Carpenters, The Mamas & The Papas, The Hollies, The Monkees, Simon & Garfunkel and The Beach Boys among many other early favourites.

At sixteen I bought my first record, Carry on up the Charts by The Beautiful South. Purely on the back of the excellent One Last Love Song, which popped up on MTV about sixteen thousand times a day. Happily the rest of the album was equally fantastic, although I got more than a few jibes about it from my college friends, who deemed it “old people’s music”. But I didn’t give a shit that the band wasn’t cool, I just liked the music. 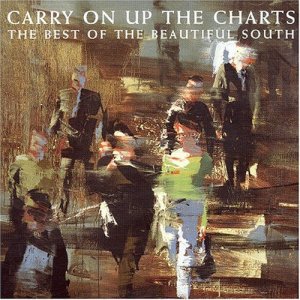 The Beautiful South: Not cool and I don’t care.

Then came Britpop which definitely was cool. Suddenly came a genre that was all mine, a group of bands that mixed exciting new sounds with the sensibilities of classic rock. Oasis, Blur, The Bluetones, Pulp, Supergrass, Suede, The Divine Comedy, Lightning Seeds, Elastica, Manic Street Preachers, Kula Shaker and Gomez. I could go on and on. These bands sang about stuff I was going through and mirrored my hopes and fears. They excited me, scared me and confused me, made me want to pore over lyrics, study album covers, read books, watch documentaries and become a collector. So I did.

Later came watershed discoveries that literally made the hairs on the back of my neck stand up. A heady realisation that I’d only been scratching the surface and that music could be so many things, that anything was possible. There were stunning tracks by The Beatles I’d missed the first time around and breathtaking material by bands such as Mansun, Radiohead, Arcade Fire, Grandaddy, Led Zeppelin, Pixies and Pet Shop Boys.

Then came the incomparable electricity of seeing my heroes in action. I saw one of Oasis’ two historical gigs at Knebworth and checked out The Bluetones, The Webb Brothers & Doves at The Edinburgh Liquid Rooms. Later on came Mansun & Blur in Glasgow, Radiohead in London and Super Furry Animals at The Barfly in Cardiff. When I relocated to Amsterdam I caught Franz Ferdinand, Jack Johnson & I Am Kloot, just some of the great concerts during my time in the Dutch capital. 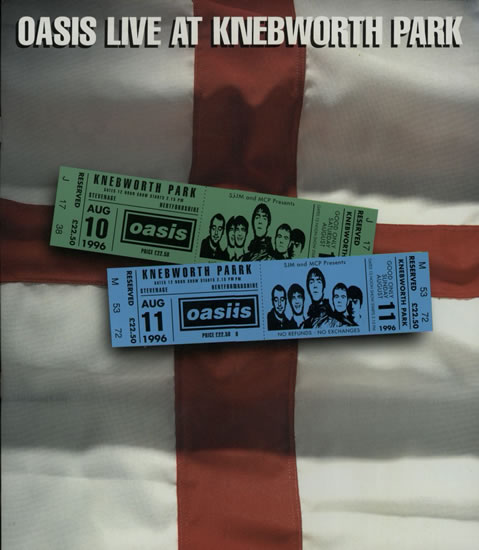 Through the years my record collection continued to mushroom as I dove in and out of the genres. Enter The Temptations, Sly and The Family Stone, Public Enemy and Beastie Boys. Then Kraftwerk, Massive Attack, Yeah Yeah Yeahs and Iggy (with and without The Stooges). Take a bow Ben Folds Five, Belle And Sebastien, The Rolling Stones and Roxy Music. Not to mention Nirvana, The Smashing Pumpkins, Pink Floyd, The Stone Roses, Fleetwood Mac, Jeff Buckley, R.E.M. and Westlife (just kidding with that last one).

My adventures in music collecting had by now become an addictive voyage of discovery, with movies, literature and people I’d met all contributing along the way. A good friend of mine, Derek, turned me onto Ramones and The Smiths. My Flemish neighbours Vicky & Steven opened my eyes to the Belgian artists Deus and Admiral Freebee. And my Beijing colleague and China travel buddy Anthony introduced me to the delights of Ween.

I recall a friend of a friend leafing through my collection one winter’s evening. ‘‘Decent, very decent’’ he said with an admirable nod. ‘‘Not many women though’’. It took a few days for this to sink in: “Shit, he’s right!” And so my subsequent investigations led to fantastic albums by Kate Bush, Joni Mitchell, Aretha Franklin and Dusty Springfield. Carole King, Tracy Chapman, PJ Harvey, Aimee Mann, The Supremes, Grace Jones, Julia Holter…

I’ve spent years trawling through the back catalogues of the great singer-songwriters, including David Bowie, Neil Young, Bob Dylan and Van Morrison. Mr. Leonard Coen, Bruce Springsteen, Ryan Adams, Elliott Smith and Beck. The late Gram Parsons, Johnny Cash, Elvis Costello, Nick Drake, Otis Redding, Stevie Wonder, Marvin Gaye and Michael Jackson. For the most part I collected in chronological order to get a feel for how each artist progressed and moved with the times. I was totally dedicated, in it for the mid 80s-wobble and baffling career-low missteps just as much as their celebrated triumphs. 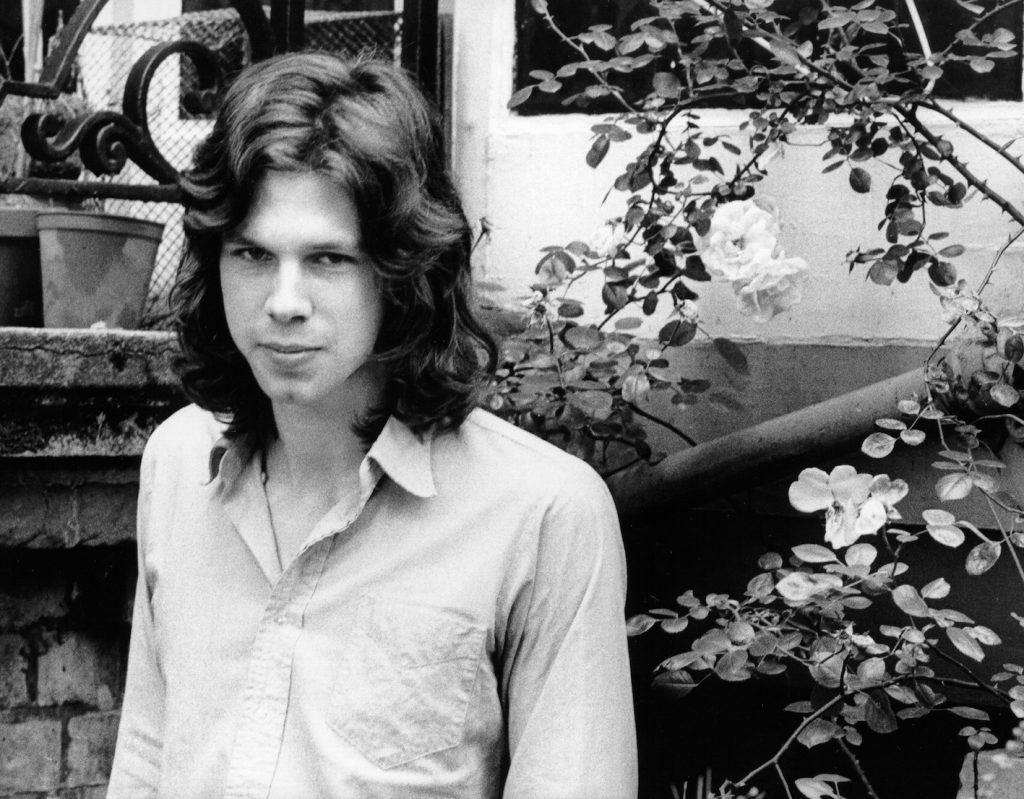 When my writing career took off I was lucky enough to pen album reviews, voice present music news and interview a number of artists. Among these experiences came a cherished sit-down with a charming, albeit inebriated Johnny Bramwell from I Am Kloot. You can get the full story on this through my short story Wall of Sound. 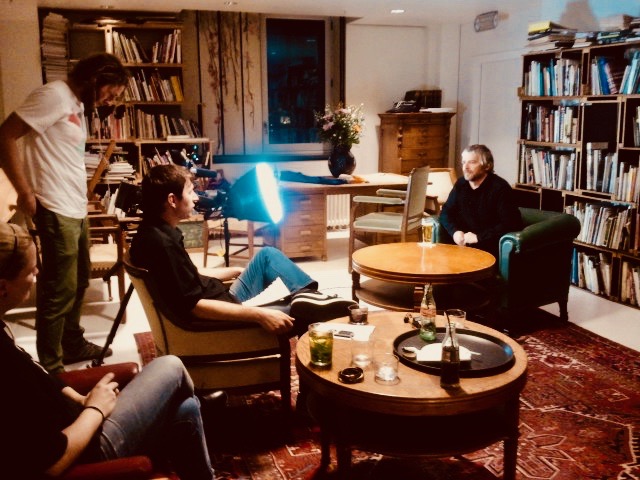 A highly entertaining hour of banter with Kaiser Chiefs‘ Ricky Wilson and Simon Rix also sticks in the mind, as does my intimate one-on-one with the wonderful Kate Nash. 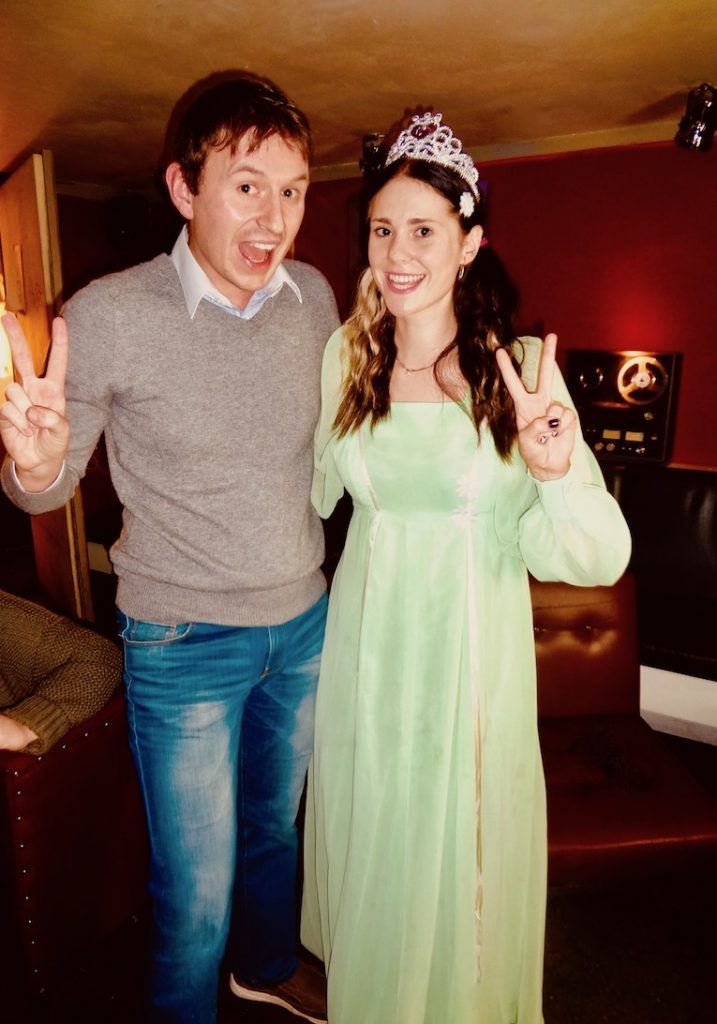 With Kate Nash in Amsterdam, November 2012.

As a committed record collector, living all over the world presented endless challenges. And yet for years I fought tooth and nail to keep my empire intact. I recall the whole lot being transferred to a friend’s attic for a year. Then carted off to paid storage for god knows how long. Later, I spent a silly amount of money shipping everything from Amsterdam to the south of Spain. People thought I was crazy and they probably had a point. ‘‘How can you be bothered?’’ they’d say, ‘‘just rip the whole lot and sell it’’.

But for me my record collection was more than just a bunch of CDs. Rather, it was an irreplaceable part of my life. Nothing beat the feeling of scanning the shelves until the right album caught my eye. Or the feel of a disc between my fingers as I sauntered over to the sound system. Leafing through the booklet to double check a lyric. That low musty smell that brought back memories of lazy Sunday afternoons in Belgium. Perhaps a legendary night out in Bratislava or bumping across India in a dilapidated bus.

After years of doggedly holding off, I began tentatively downloading and streaming in 2014. My response to life in Beijing where I was simply unable to feed my record-buying impulses. Edging into my late 30s, my consumption of new music finally started to slow down a little. An unavoidable effect, people told me, of getting older. The toll of work, responsibilities, money, time, divorce… life.

I’ll never forget the moment in early 2017 when I realised I finally had to let go. I was planning my millionth relocation after a year in Malaga and this time I knew something had to give. It wasn’t easy boxing all those records up and sending them away, but it had to be done. I’ll really miss having those albums around. But life moves on and the freedom it has given me hopefully outweighs the negatives as I look to develop my blog and travel the world, country by country. 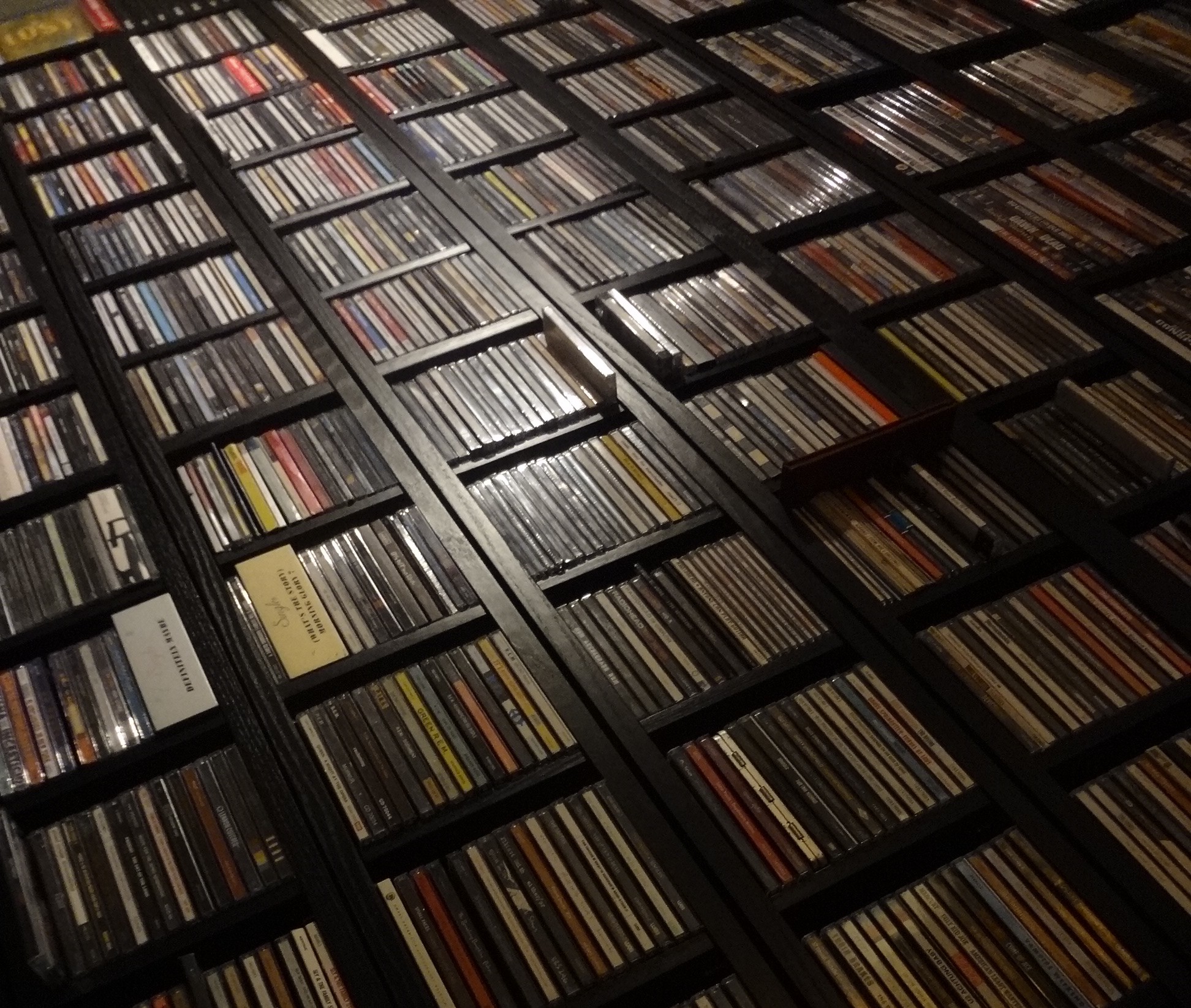 Like this? why not check out some of my most cherished records with My Album Reviews.