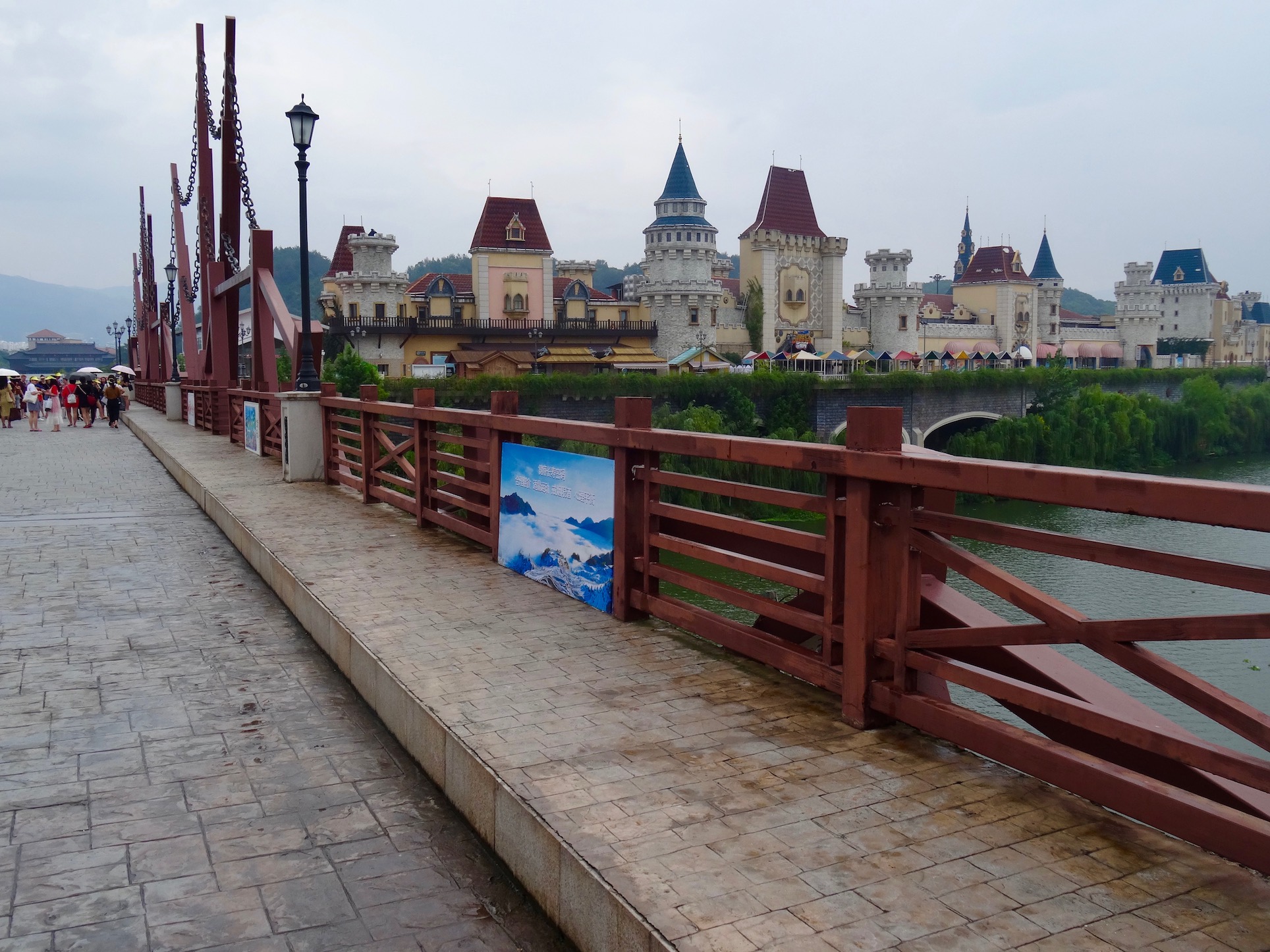 September 2018. Back during my days teaching English in the Chinese city of Ruian, the school I worked for organised a handful of annual team building events. For the most part miserable old me couldn’t be assed with these gatherings. Mostly because I’m an antisocial sod, but also because they invariably failed to achieve any actual team building.

Nevertheless, these trips were great in getting me out to some amazing spots across Zhejiang Province. Especially as they were always places I’d never heard of. Looking back, my favourite experience was our day at Lishui Adventure Island Water World.

The little city (population 2.5 million) of Lishui is a two and a half hour drive from Ruian. Not that we got into the city itself. Instead, we spent the entire day at the water park, situated on Pipa Island right on the edge of the city centre. 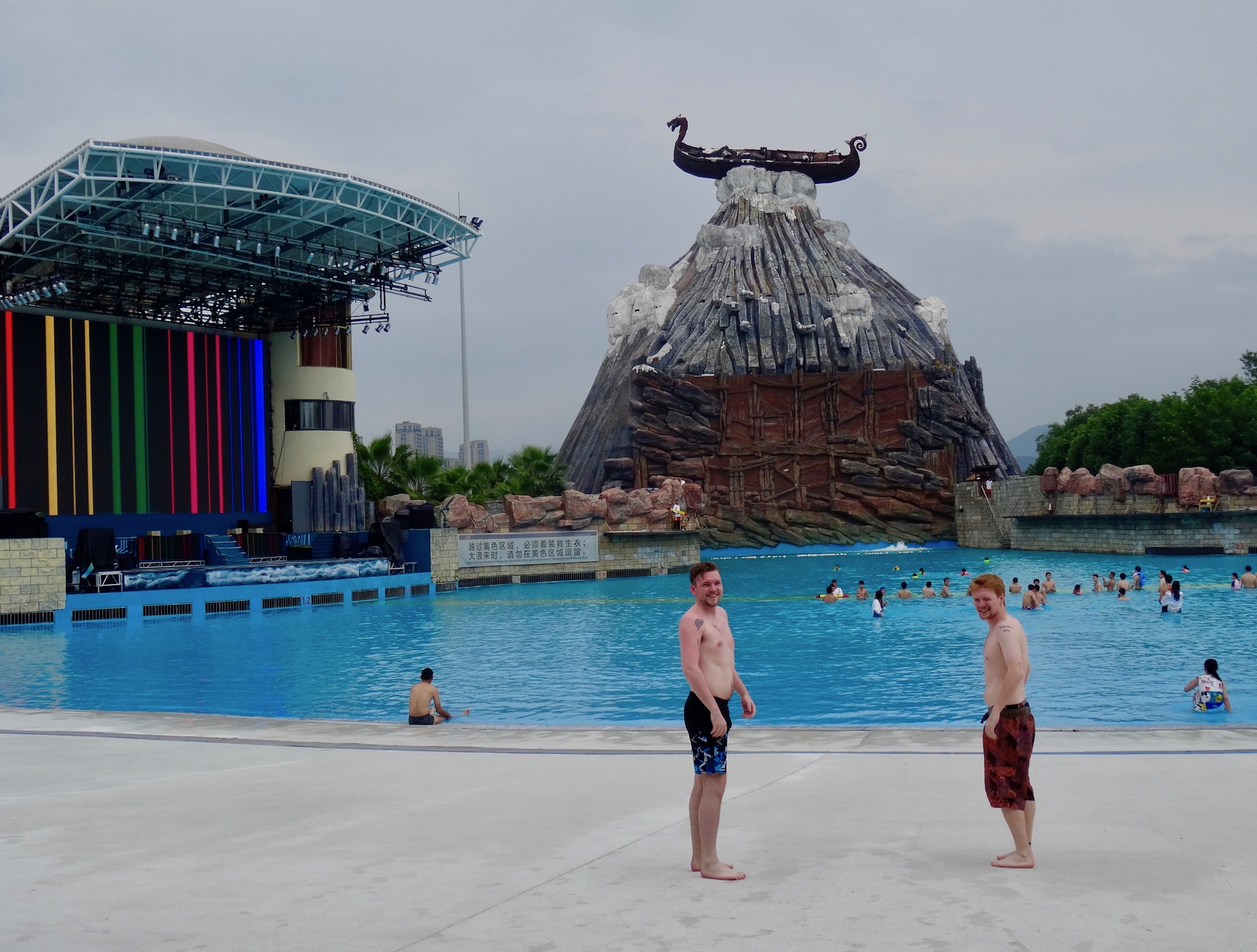 I’d never been to a Chinese water park before. Hence I felt excited by the prospect of both a fun day out and a unique report for the Leighton Travels archives. Partnered by my colleagues and fellow Englishmen Stu and Day-Bird, I spent a great day exploring the park. Our first stop was here at its giant wave pool imported from America by theme park experts The Murphy Brothers.

The waves were decent and the pool wasn’t that busy, due to the fact that all the kids had gone back to school. Needless to say, they had to spoil the vibe with an apocalyptic sound system blasting out shitty, ear-splitting techno music. You can’t have everything I guess. 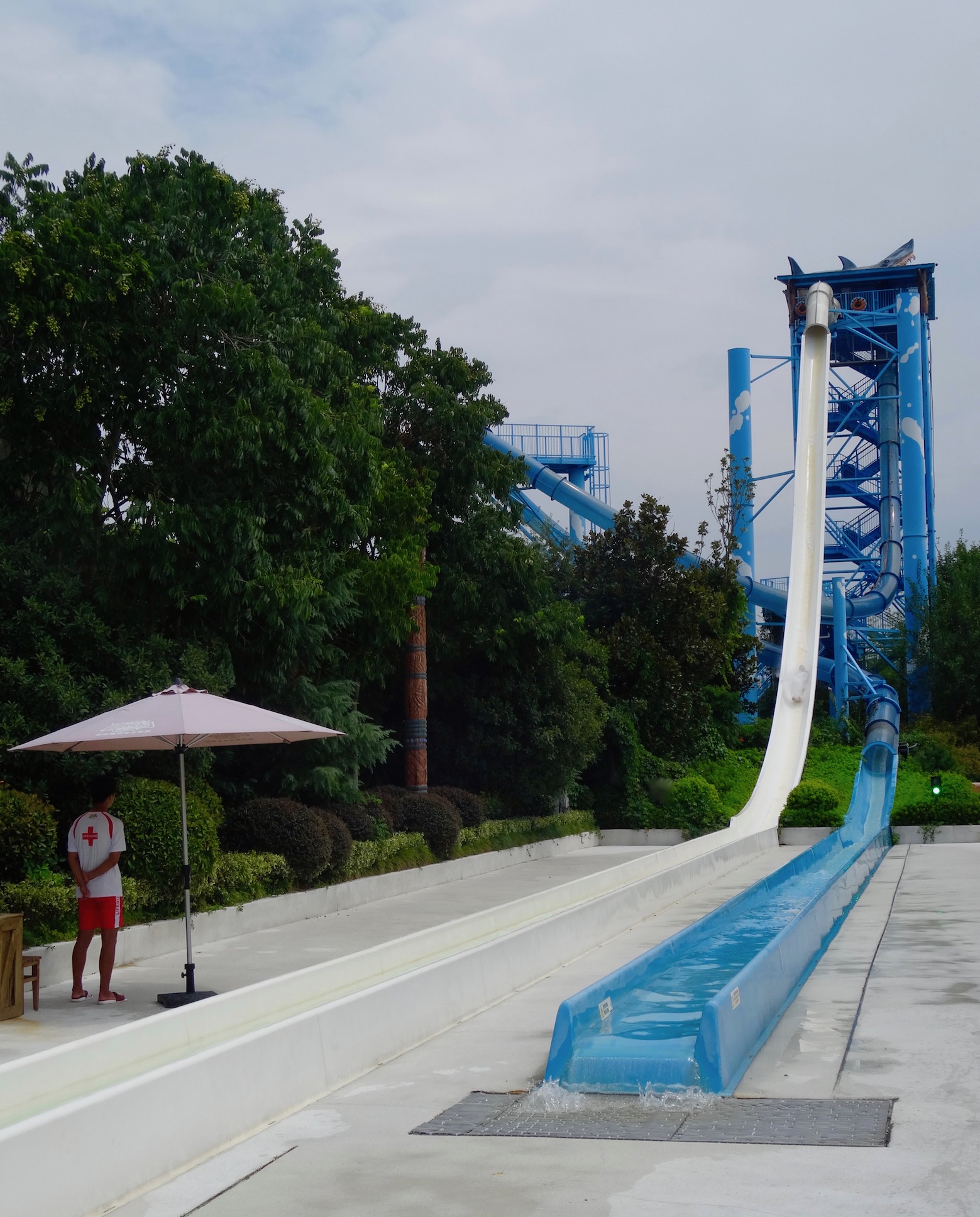 The park boasts loads of cool slides for all ages. But the meanest, most badass of all were these two babies pictured above. The white slide on the left (I forget its name) was thrilling enough with its sharp drop and hair-raising speed. However, it was its blue neighbour, The Aqua Loop, that took the experience to a whole new level.

“That was great!” cried Day-Bird.

Firstly, The Aqua Loop gets you psychologically. You don’t sit down at the top of the slide as you’d expect. Instead, you simply stand on a glass panel in an enclosed elevator-type box. Then the attendant pushes a button and you just plunge into apparent oblivion. From the terrifying sixty seconds or so that followed I recall bouncing off the sides of the tube and gritting my teeth during the loop that tilts at a 360 degree angle. Finally, comes the heart-pounding drop down to ground level. 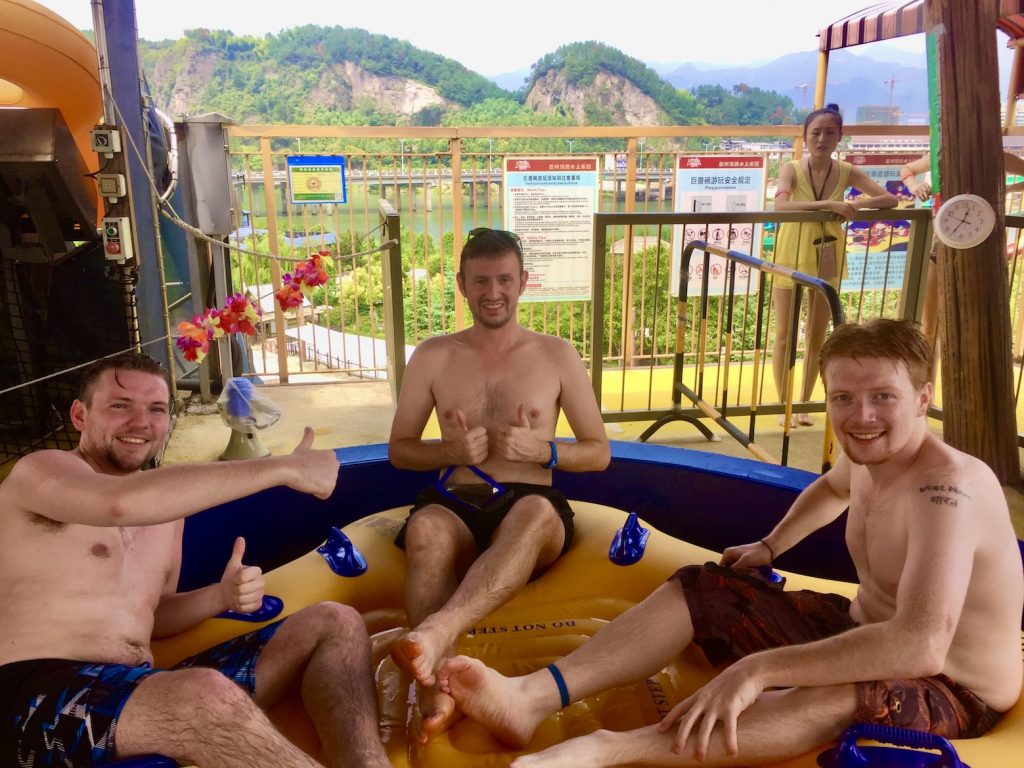 They also have a number of inflatable ring rides, which are no less compromising on the speedometer. In fact, I think I was far too relaxed going into this one. By the time we’d been spun around all over the place I’d lost my sunglasses, stupidly left on my head.

Bobbing to a standstill in the pool at the bottom, Day-Bird was literally crying tears of laughter at my bewildered expression as I tried to make sense of what had happened. He was still chuckling about it days later. 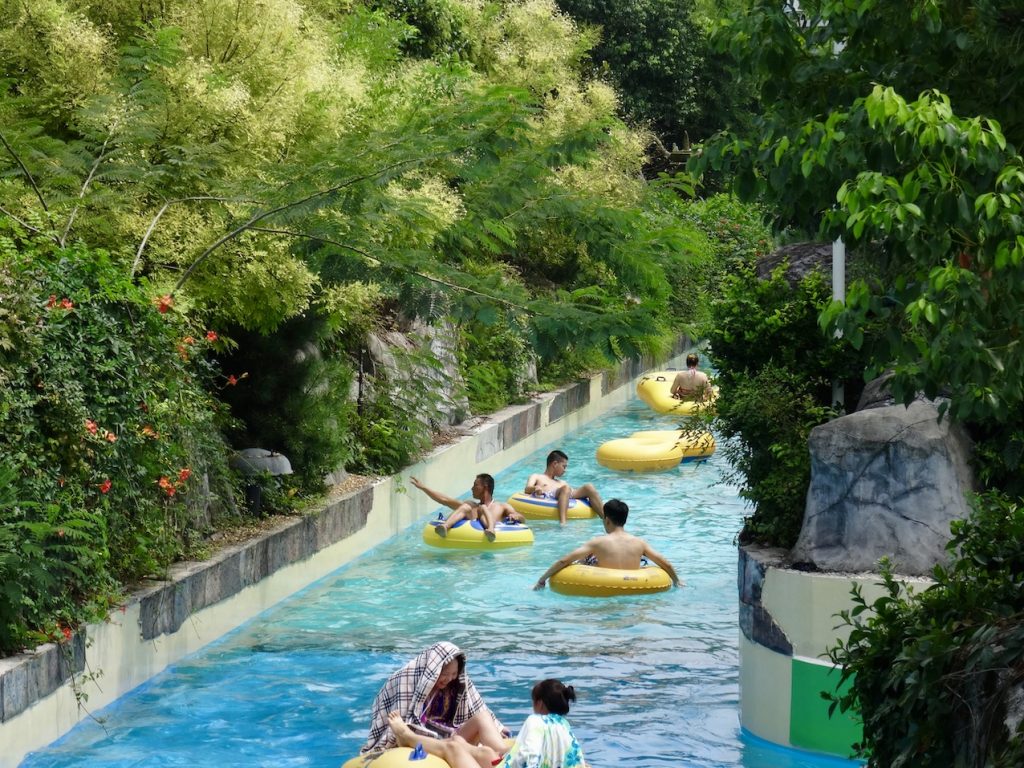 With a seemingly endless array of thrills and spills on offer, you’ll eventually gravitate towards The Lazy River for some chill time. The waterway winds virtually all around the entire park and a full loop takes about half an hour. 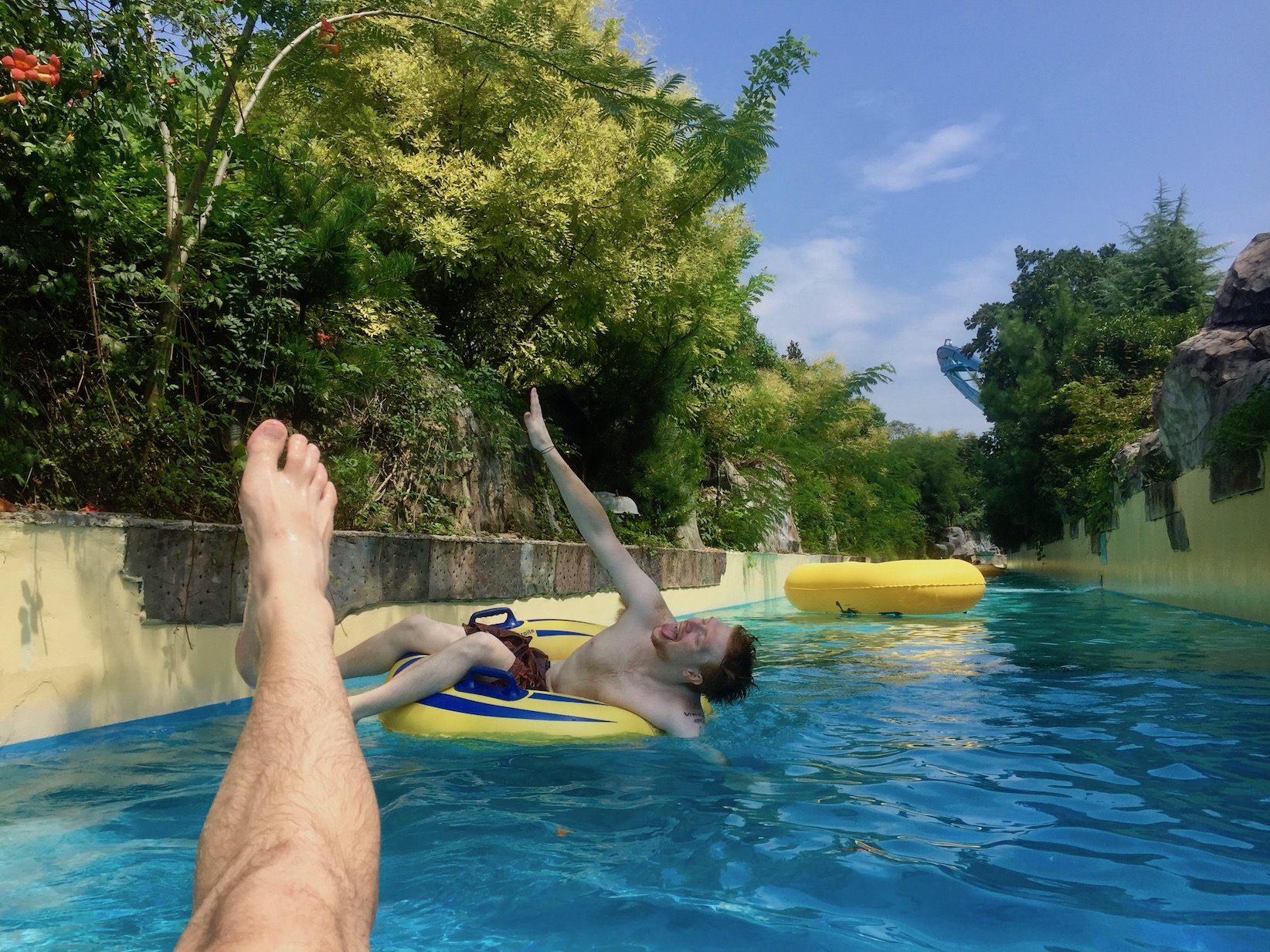 Lishui Adventure Island is a seasonal attraction that opens roughly between June and September. Daily hours of operation are between 10:00-19:00.

Entrance tickets go for 230RMB (£26/€29/$34). English at the park is virtually zero, plus there’s very little English language info online. If you’re in the region, it’s definitely better to get a Chinese speaker to help with your visit. 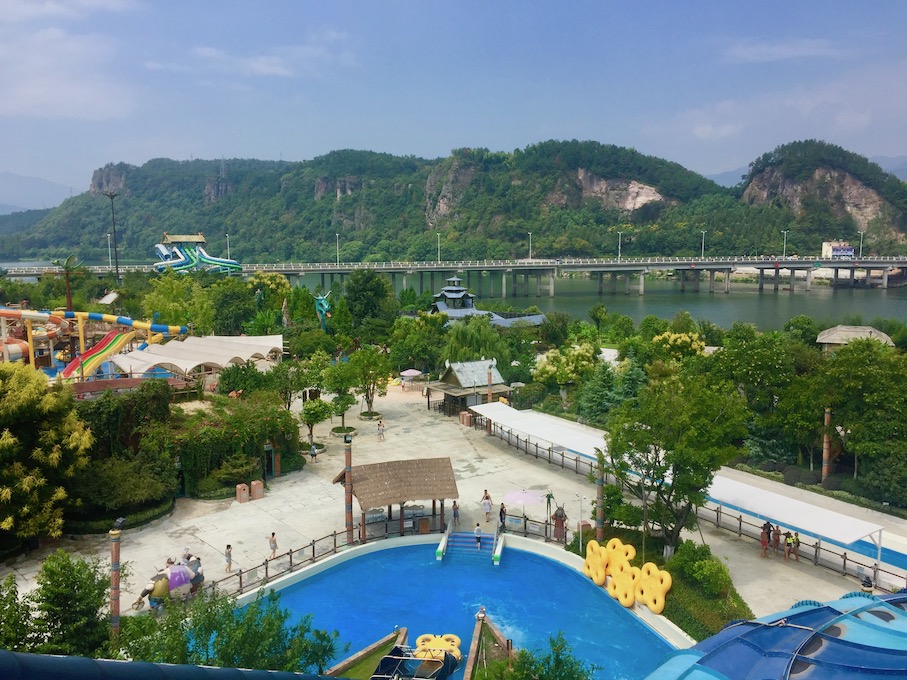 This travel report is dedicated to the memory of my iPhone 6. You served me well old friend, but sometimes destiny dictates that life suddenly comes to an end in a Chinese water park. 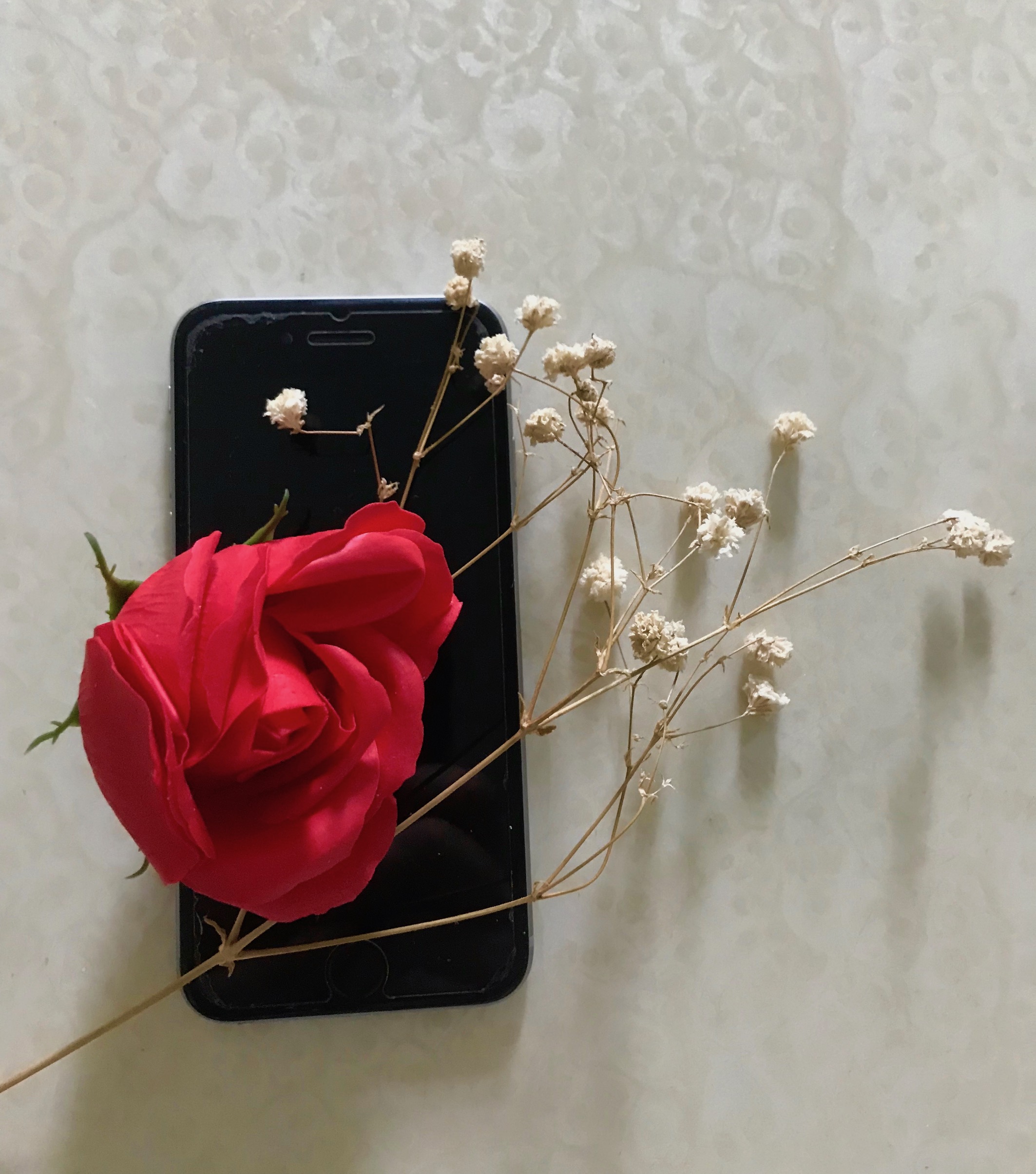 For more on this region of China, check out travel reports from across Zhejiang Province.

Interested in delving further afield? Why not take a look at my army of articles from all round China.