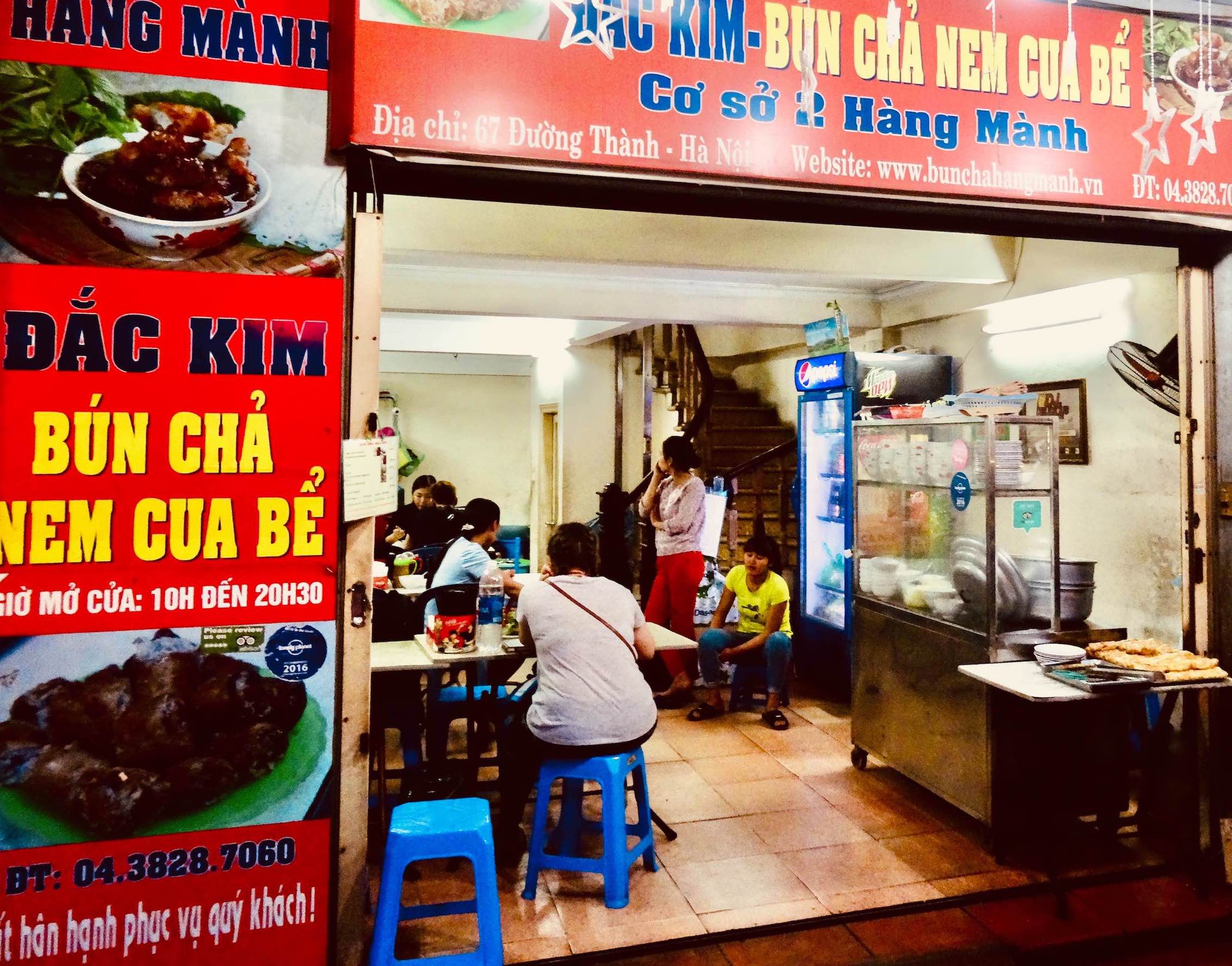 As anyone who’s ever been to Vietnam will surely attest, the food is just phenomenal. Having already sampled some of Hanoi’s tasty Banh Mi sandwiches, I was keen to delve deeper into the national cuisine during my time in the capital.

One evening, after a full day exploring, I headed out to try some Bun Cha for dinner. This is one of Vietnam’s best loved national dishes, which they say originated in Hanoi. In fact, there are literally hundreds of places that serve Bun Cha. After some research I opted for a visit to Bun Cha Nem Cua Be Dac Kim. 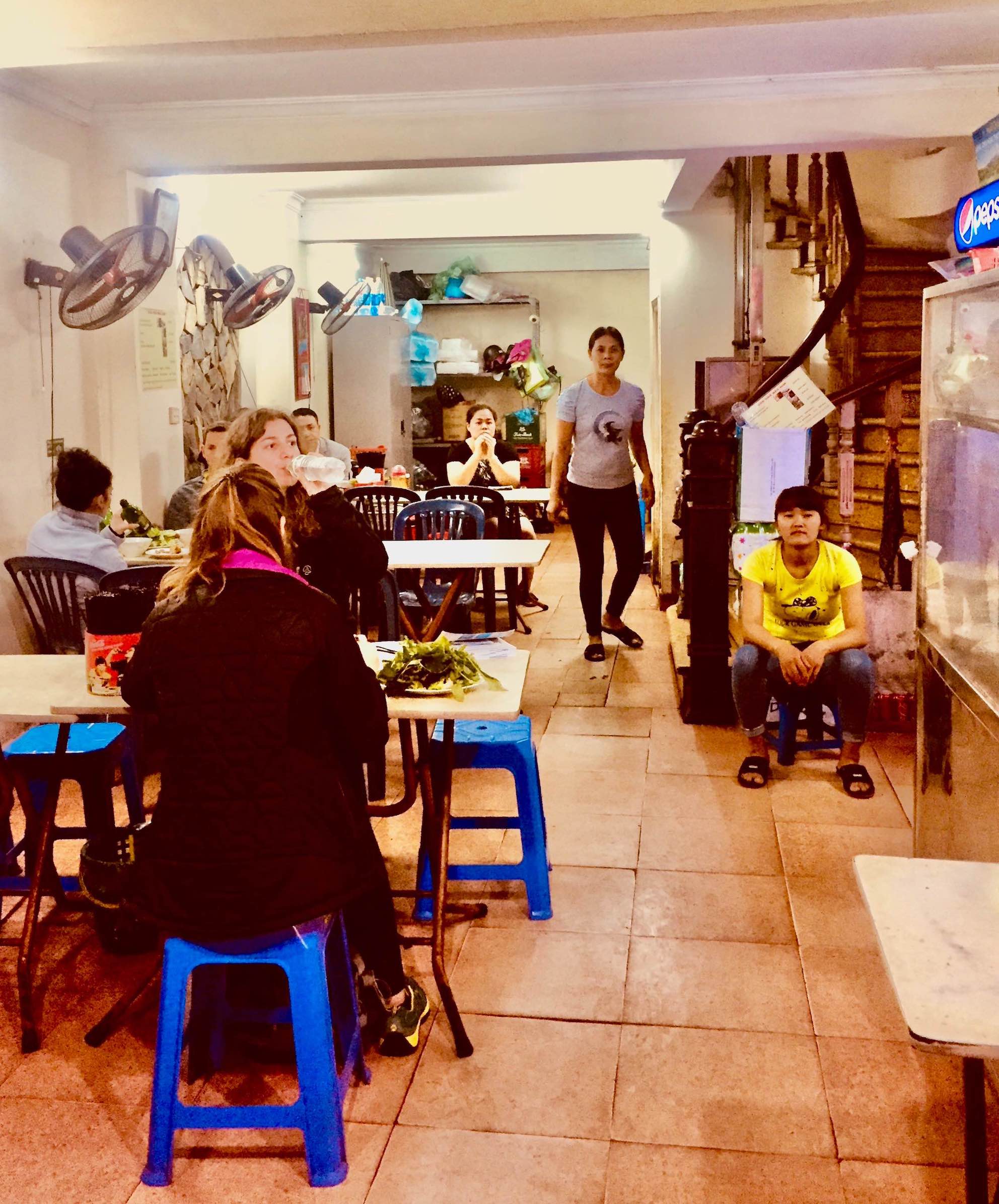 Let’s get one thing straight out of the way. There are virtually no airs and graces at this simple, no-nonsense restaurant. Don’t expect anyone to say hi when you enter. And certainly don’t hold out any hopes of a smile.

Rather, just park your behind on an available (probably cracked) plastic stool at a free table. Then wait for the waitress to shuffle over and wordlessly dump the menu in front of you. 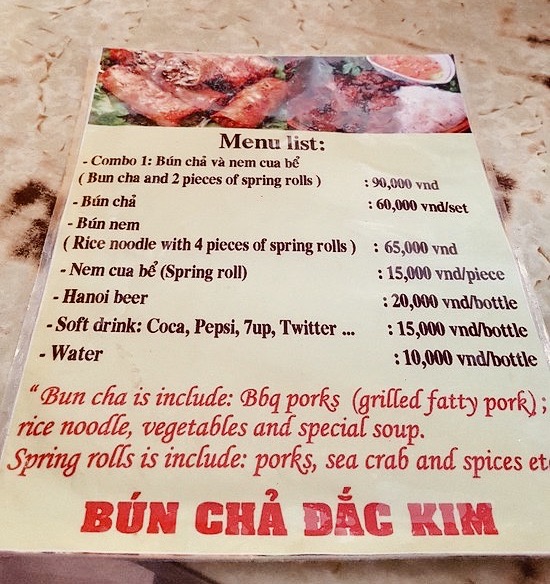 So what the heck is Bun Cha? Basically you’re looking at some delicious grilled fatty pork (that’s the Cha) served with rice vermicelli noodles (the Bun). Usually, they throw some herbs in, such as coriander. And maybe some lemon juice, bean sprouts, sliced carrot and crushed garlic. 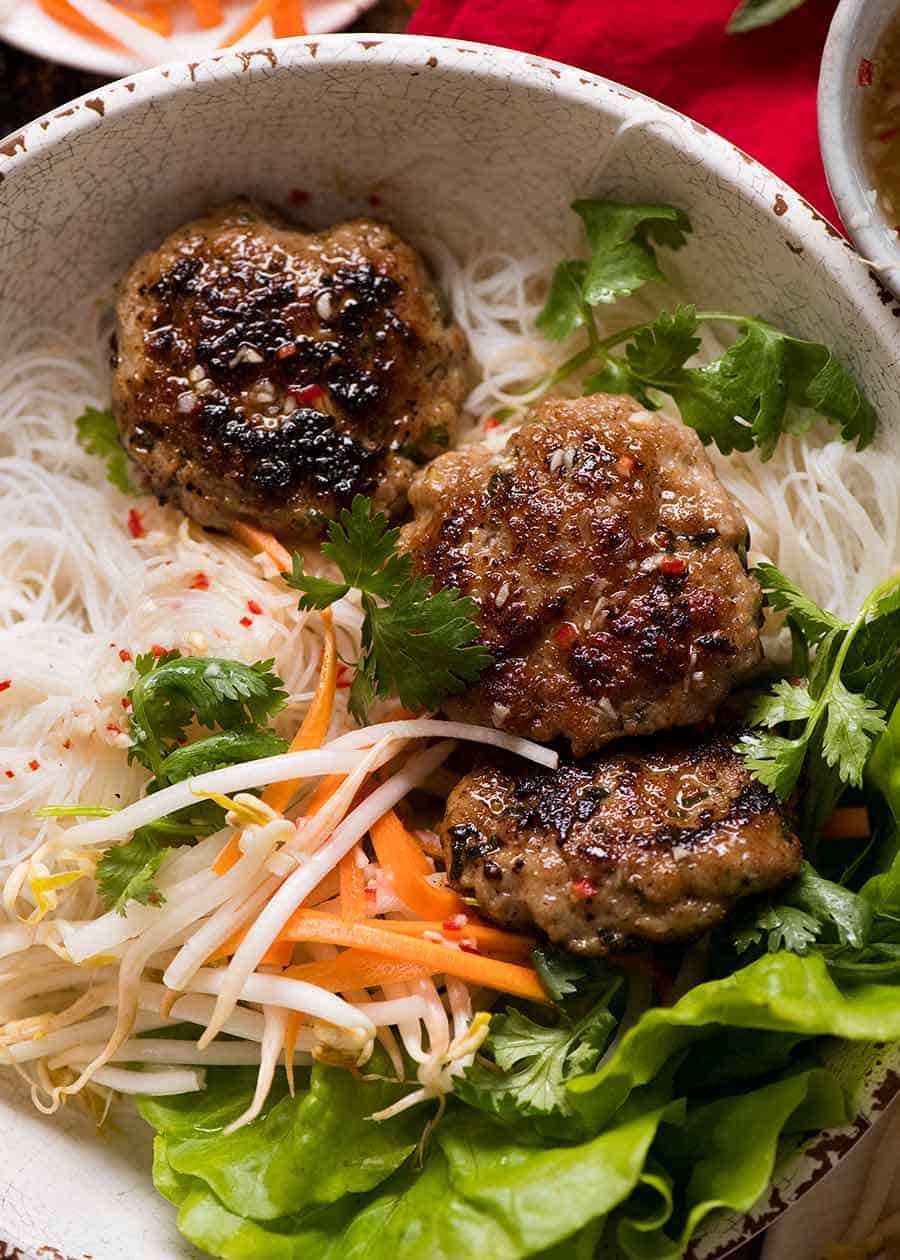 My order that evening came in a tangy sweet and sour soup. The waitress also gave me a giant plate of miscellaneous herbs and a bowl of fresh pickles and some evil looking chillis. 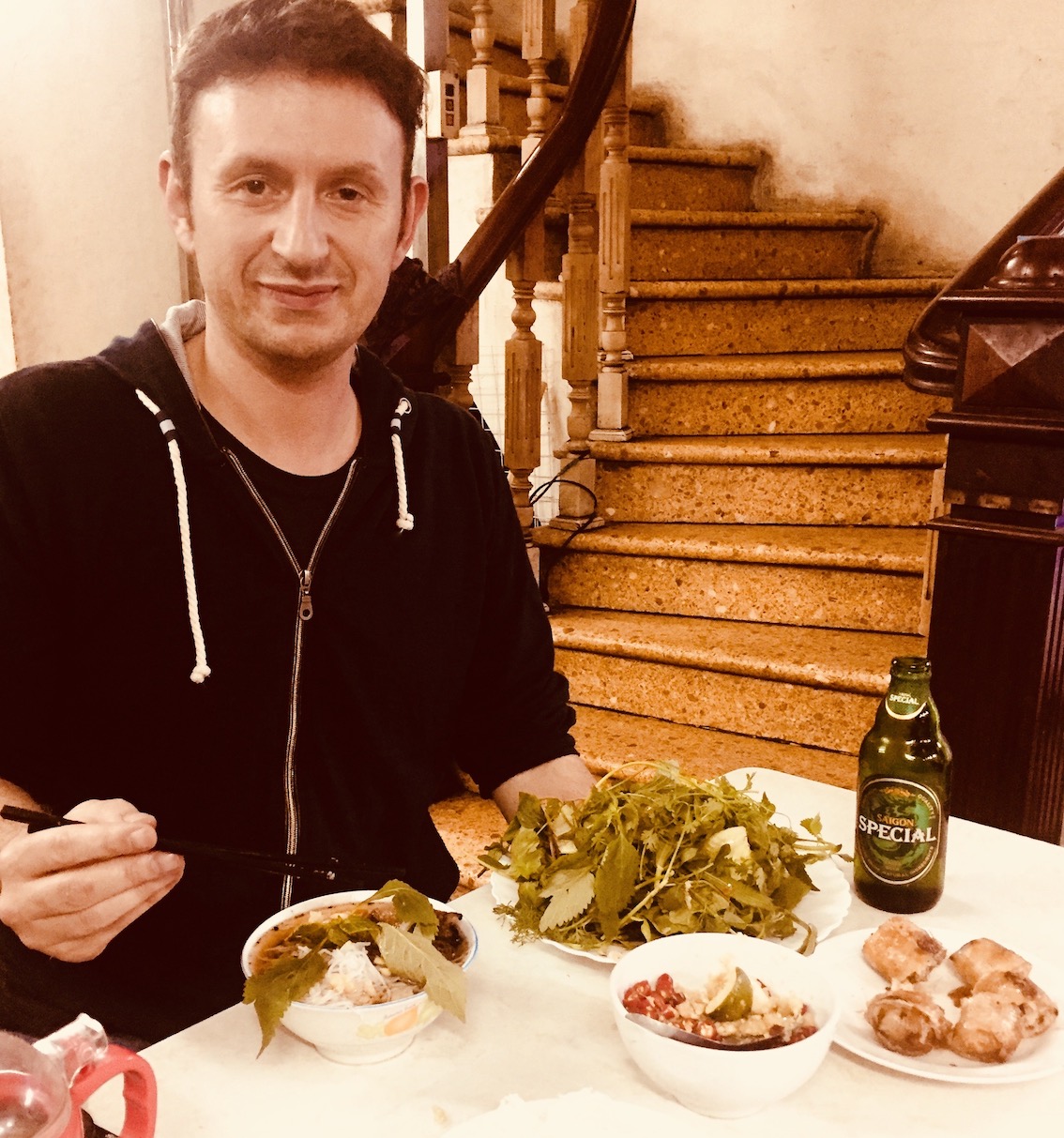 Keen to really push the boat out, I also ordered a plate of crab spring rolls, known in Vienam as Nem Cua. And an ice cold Saigon Special beer to wash it all down. It was a wonderful meal and a great start to my monthlong culinary adventures across the country. The final bill came to 110.000 VND (£3.40/€4/$4.80) 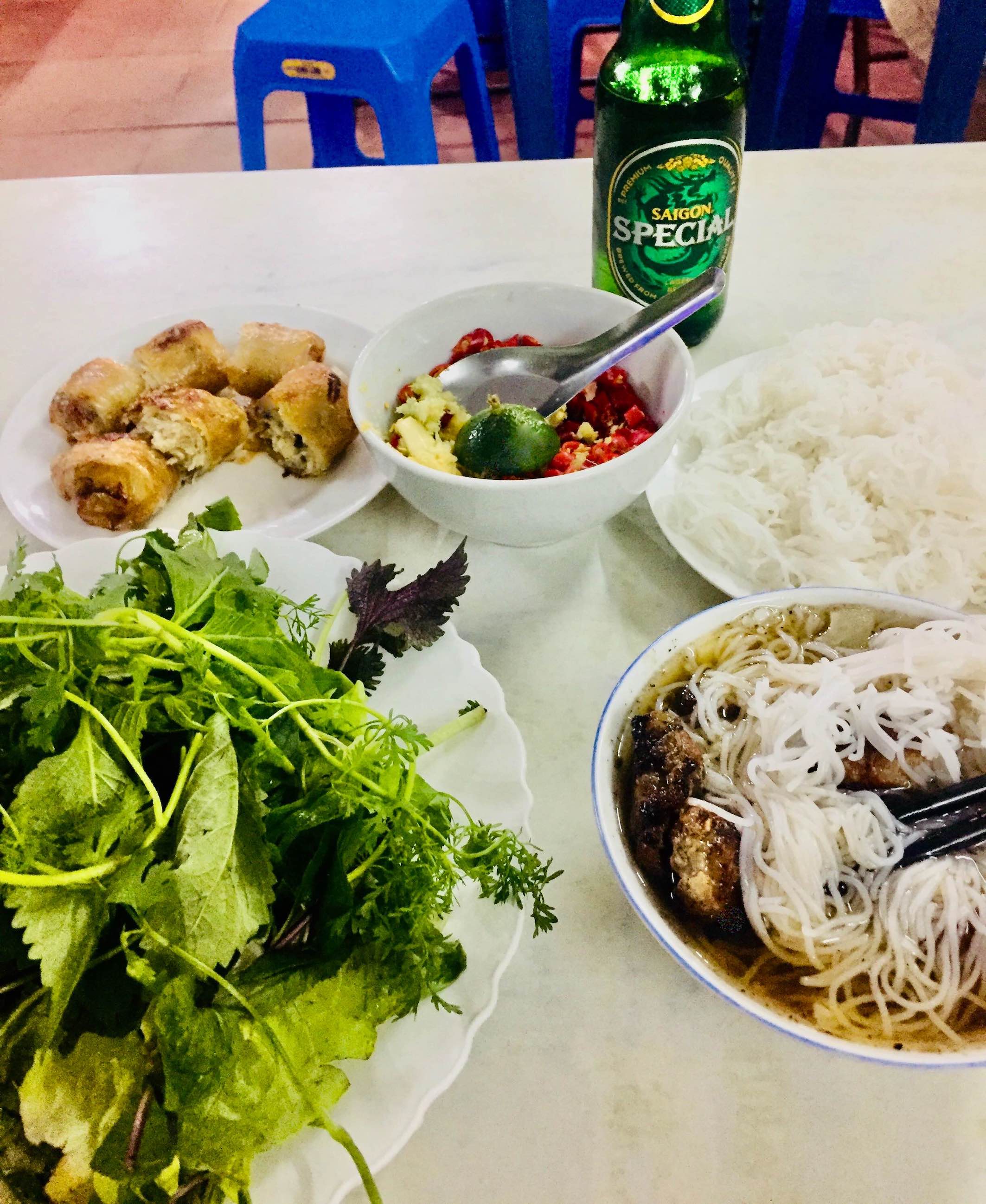 A taste of Hanoi.

I actually went to a number of Bun Cha places in Hanoi. And indeed several more across the country. But I think that first meal was the best. In Hanoi the competition is fierce for the crown of Best Bun Cha. Another major player, for example, is Bun Cha Huong Lien, where President Barack Obama and celebrity chef Anthony Bourdain dined back in 2016.

Where to Eat in Hanoi. 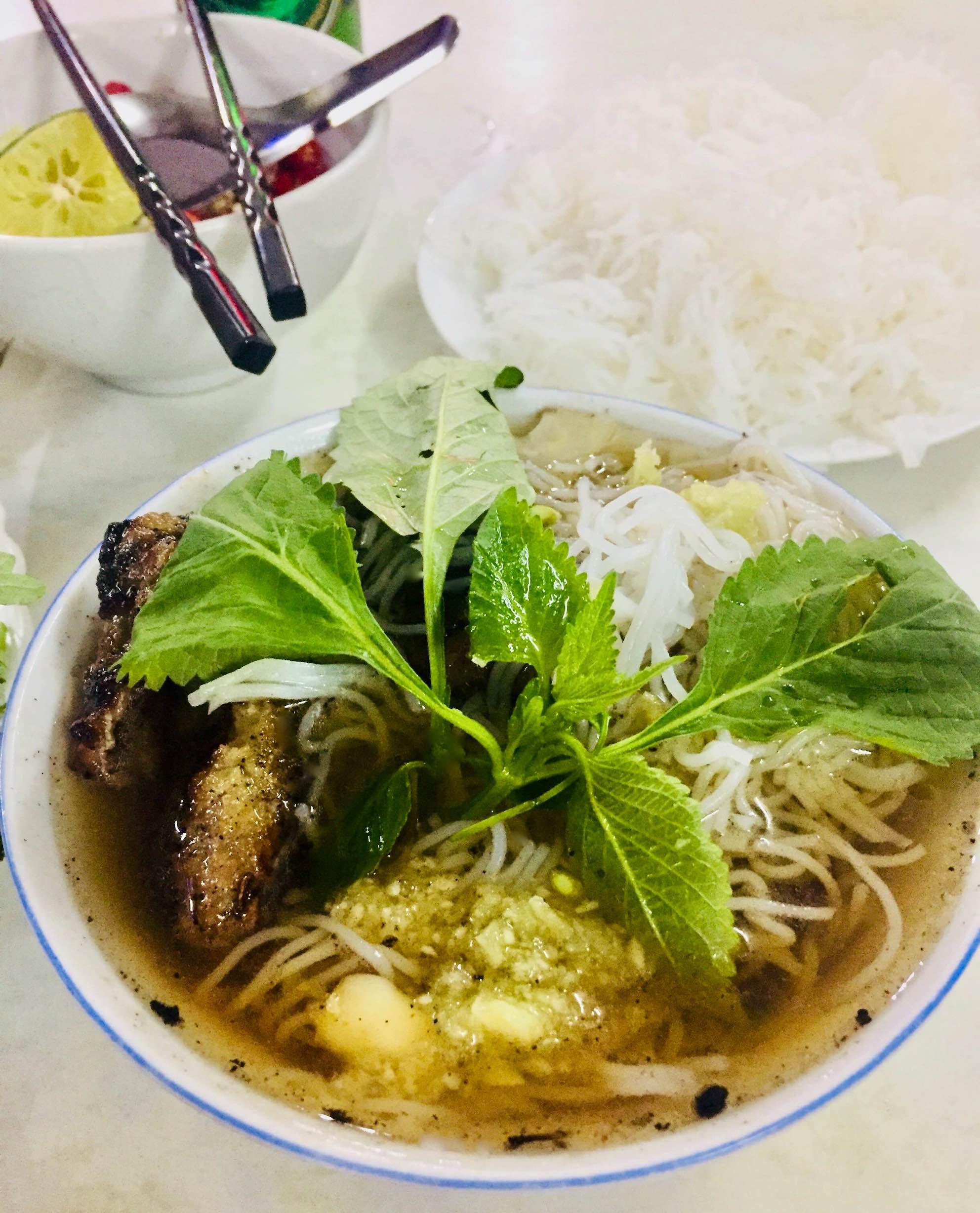 I perhaps overdid it a little with the crushed garlic.

You can find Bun Cha Nem Cua Be Dac Kim at 67 Duong Than Street in Hanoi’s Old Quarter. They’ve been knocking out Bun Cha here since 1965 and, happily, have managed to survive the challenges of the pandemic. They open every day between 11:00-19:00. If you prefer a quieter dining experience, evenings are your best bet as the lunchtime crowds are often manic.