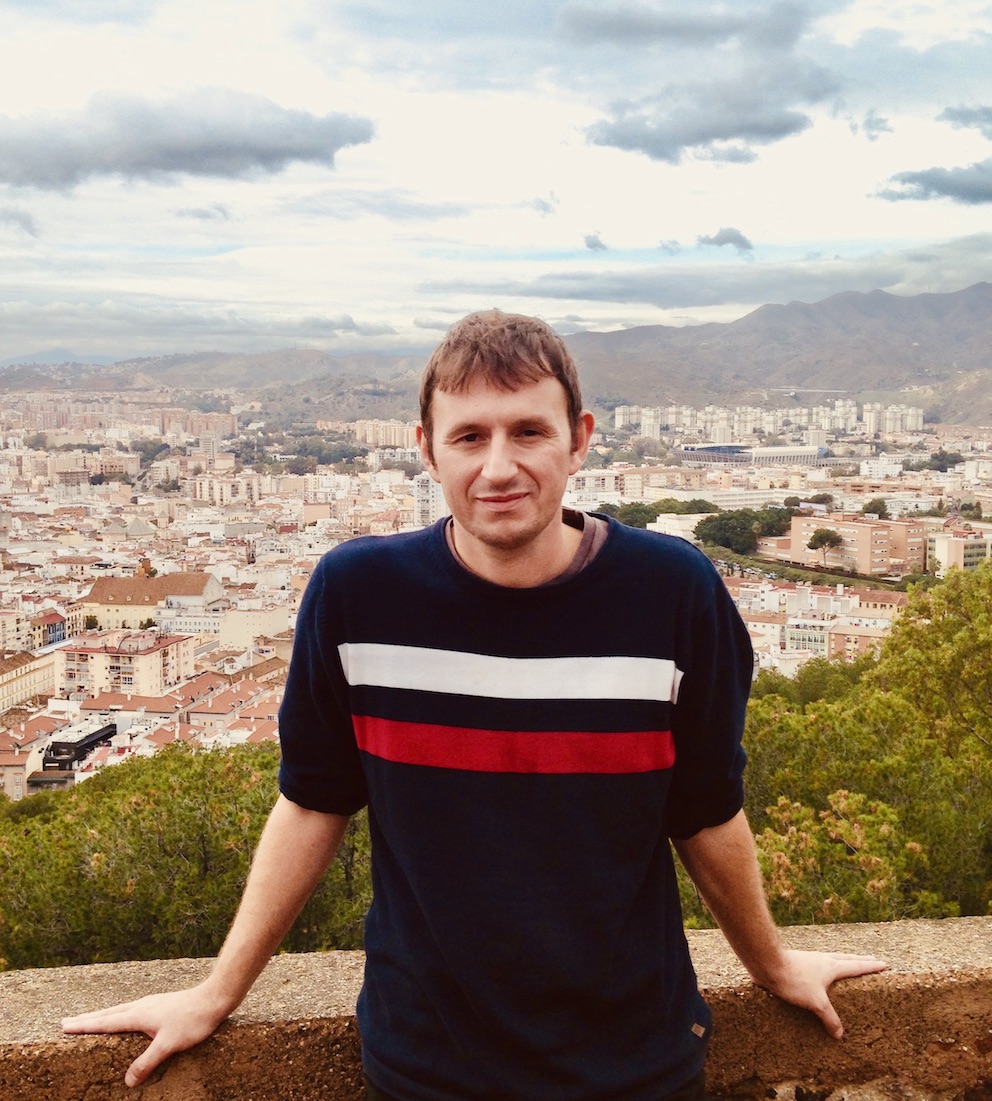 2016-2017. Breaking News! It turns out that, once again, I didn’t take enough photos during my year in Málaga. Consequently, I find myself pushed into one of my signature roundup reports.

Having already published articles on The Alcazaba, Street Art in Malaga and Where to Eat and Drink, this piece collects the best of the rest, with my Cool Spots Around Malaga. 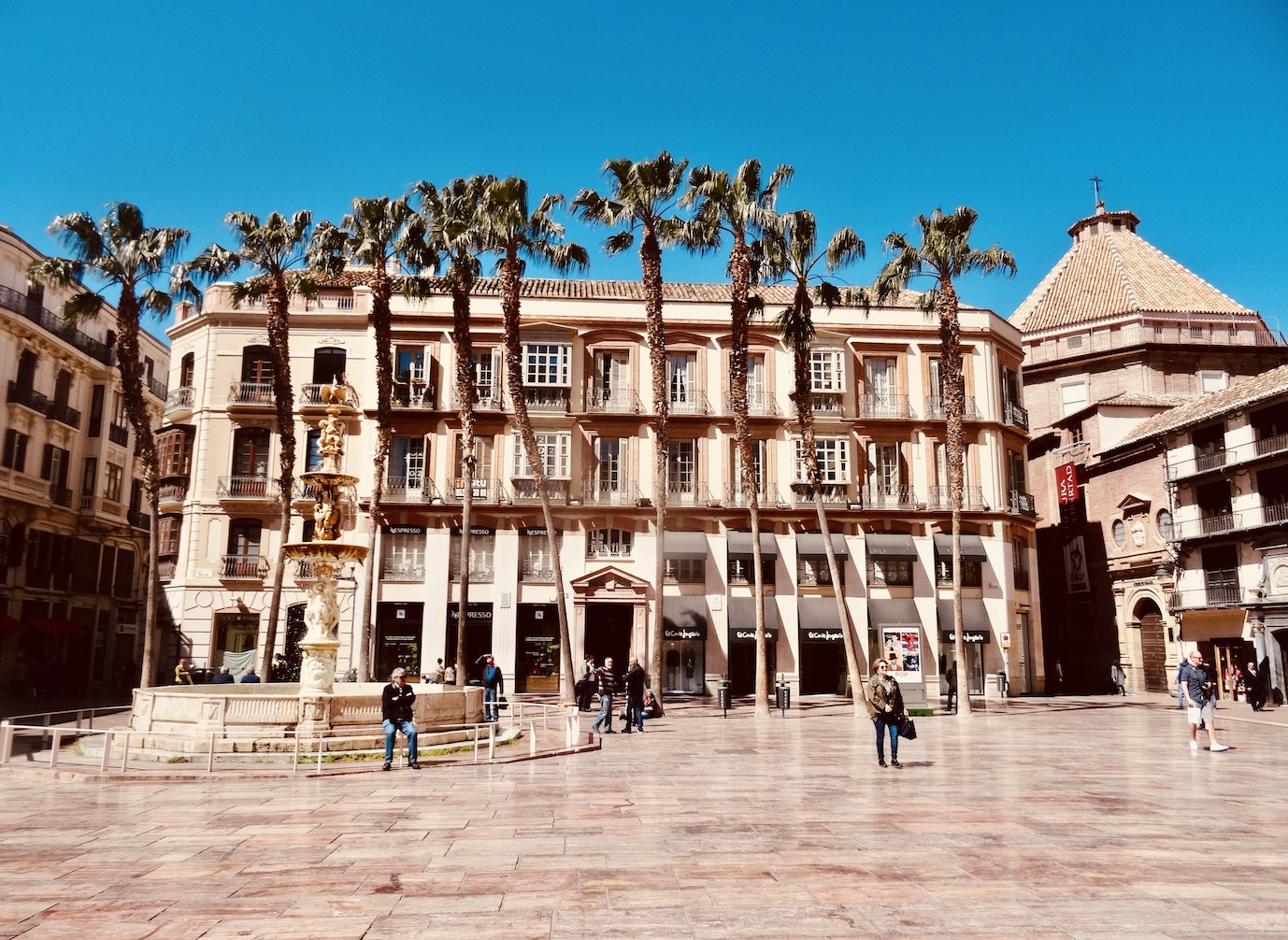 A walk through Malaga’s magnificent historical centre sees visitors pass through a series of splendid squares. My favourite is the already reviewed Plaza de la Merced. However, in terms of grandeur, there’s no denying the beauty of Málaga’s main square, Plaza de la Constitución. 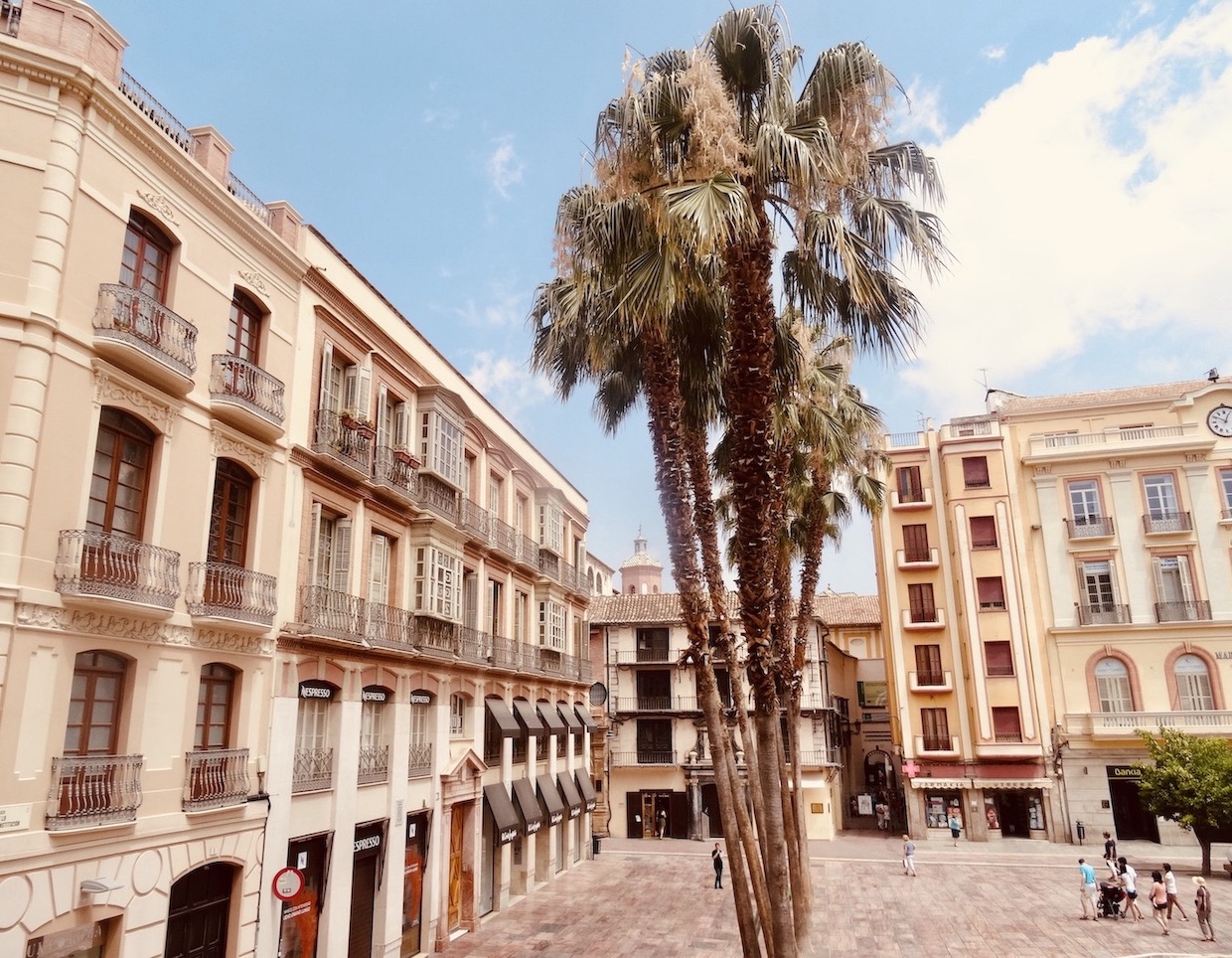 Although there’s been a square of some sort here as far back as the late 1400s, the current design dates to the mid 1800s.

Today it’s Málaga’s definitive meeting spot and home to a number of high end stores. Including Nespresso, where I came once a month to bulk up on coffee. Gotta have those Vanilla Lattes. 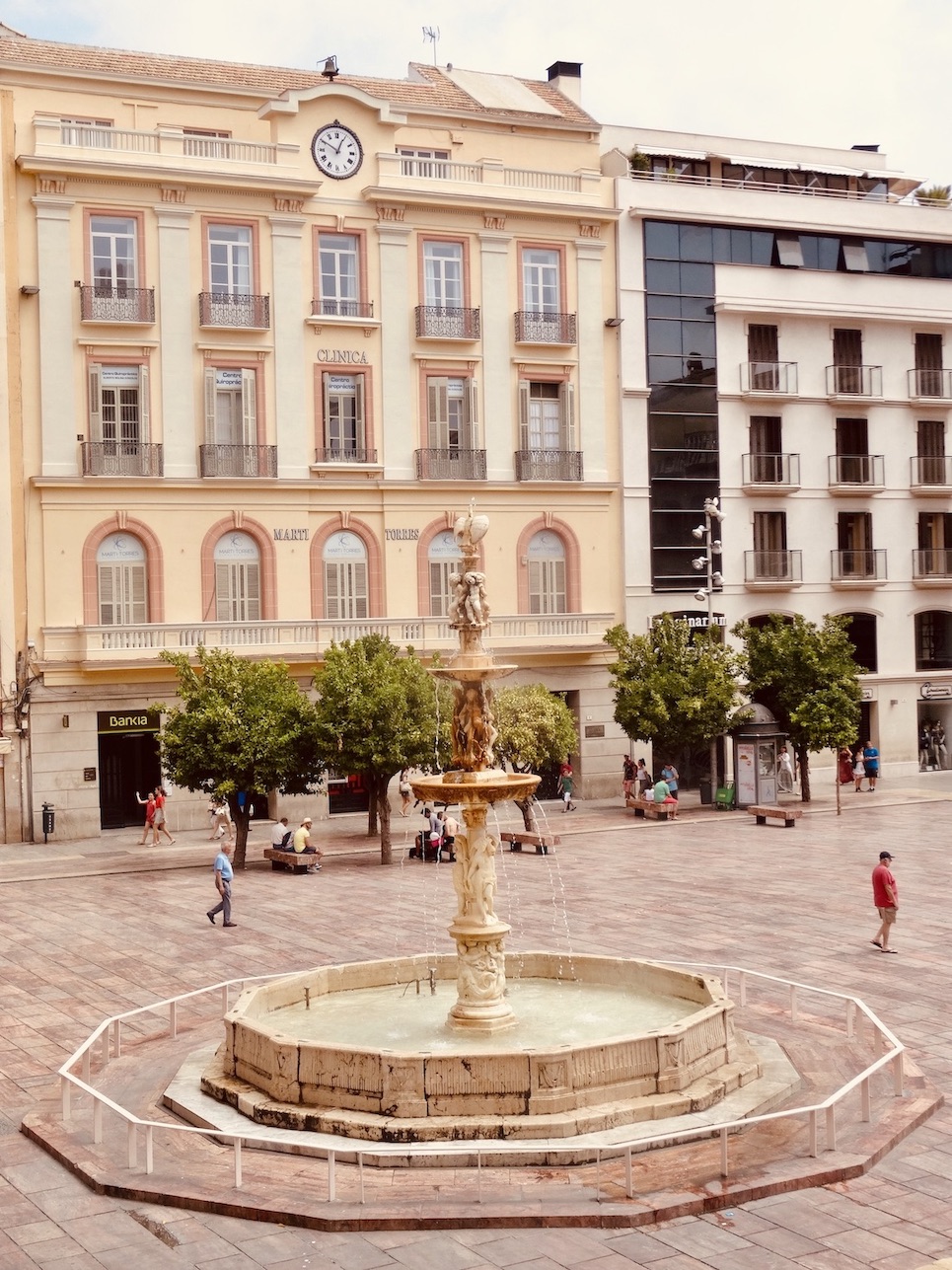 “Meet me by the fountain!” was a familiar message for me back in my Málaga days. Known locally as Fuente de Génova (Genoa Fountain), this sixteenth century marble fountain was made in Italy by an unknown sculptor.

Brought over to Málaga in the mid 1800s, it subsequently lived in a number of locations, including El Parque, the main park. Finally, local authorities placed it in Plaza de la Constitución in 2003. 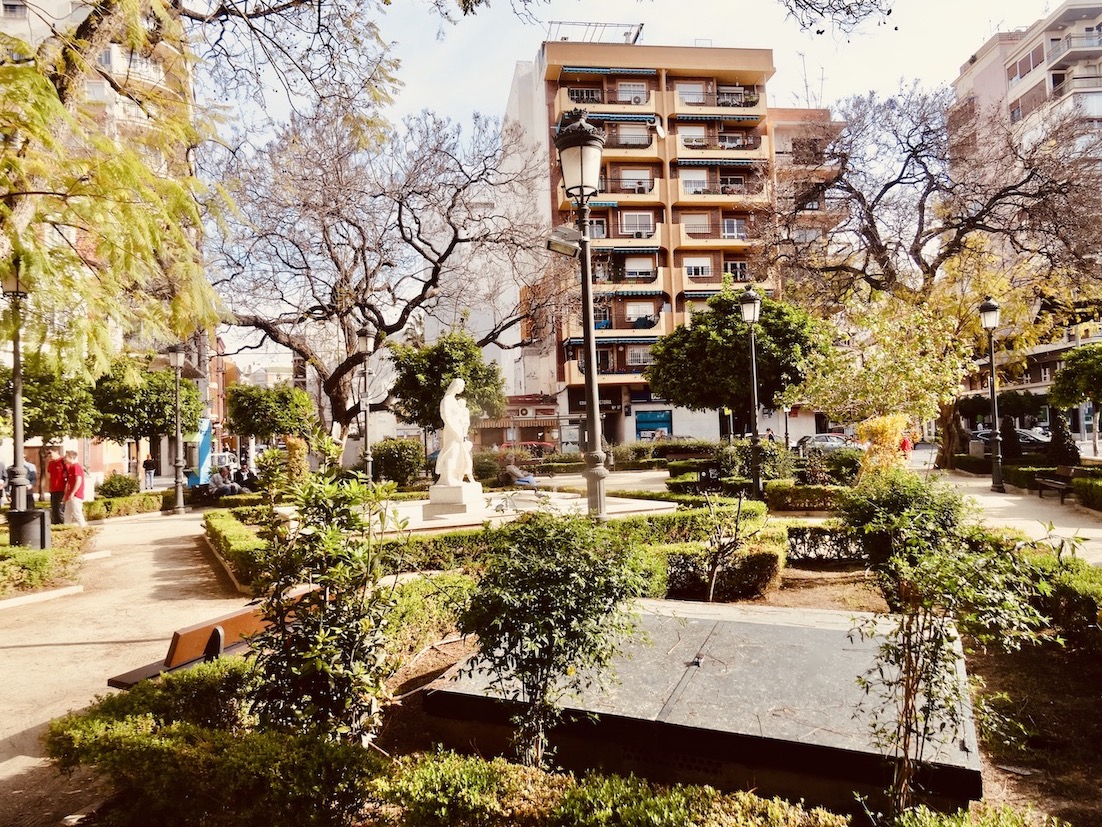 Tucked away in a purely residential part of the city, I used to pass through on my way to teach private English lessons. 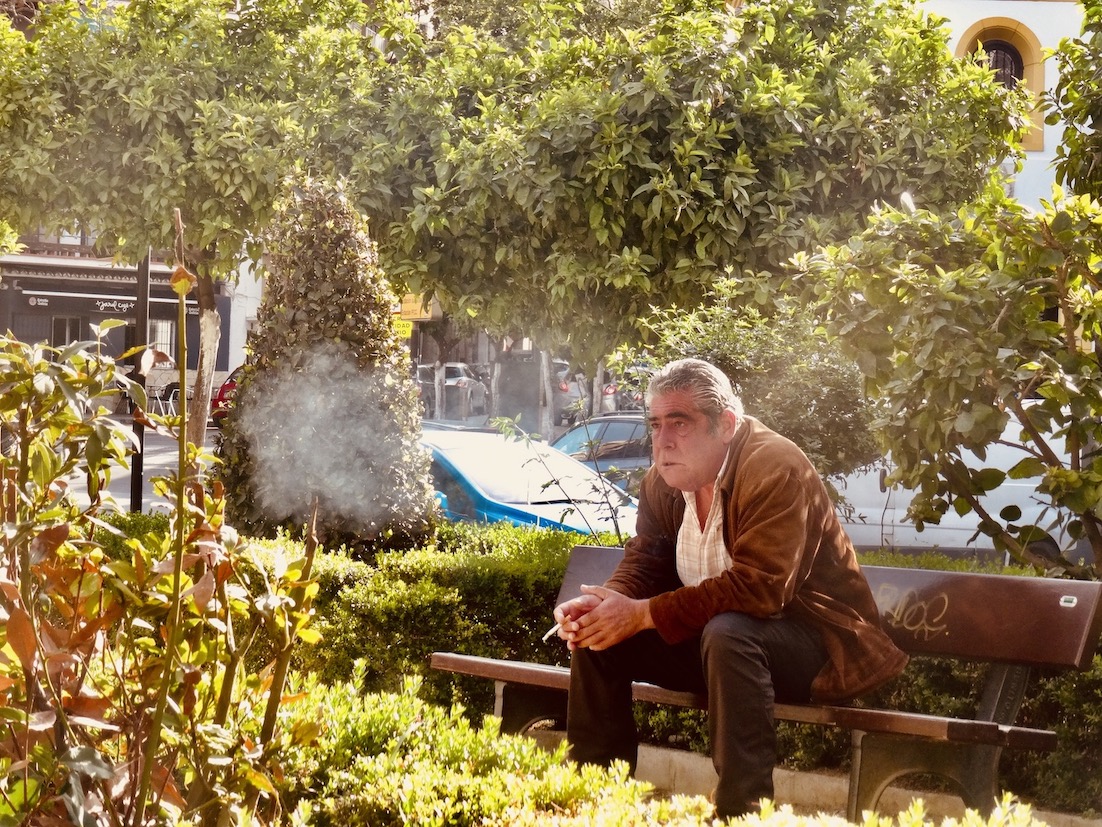 Packed with lush greenery, a little fountain and a few benches, this was a lovely spot for a brief rest as I cycled back home. More often than not, there’d be an old dude smoking and staring into space. Presumably pondering where it all went wrong.

Towards the end of my year in Málaga, one of my students told me that senior locals call the square Garden of the Monkeys. Due to the fact that in the 1960s a neighbourhood man regularly came here to show off the family of monkeys he’d acquired from Gibraltar. 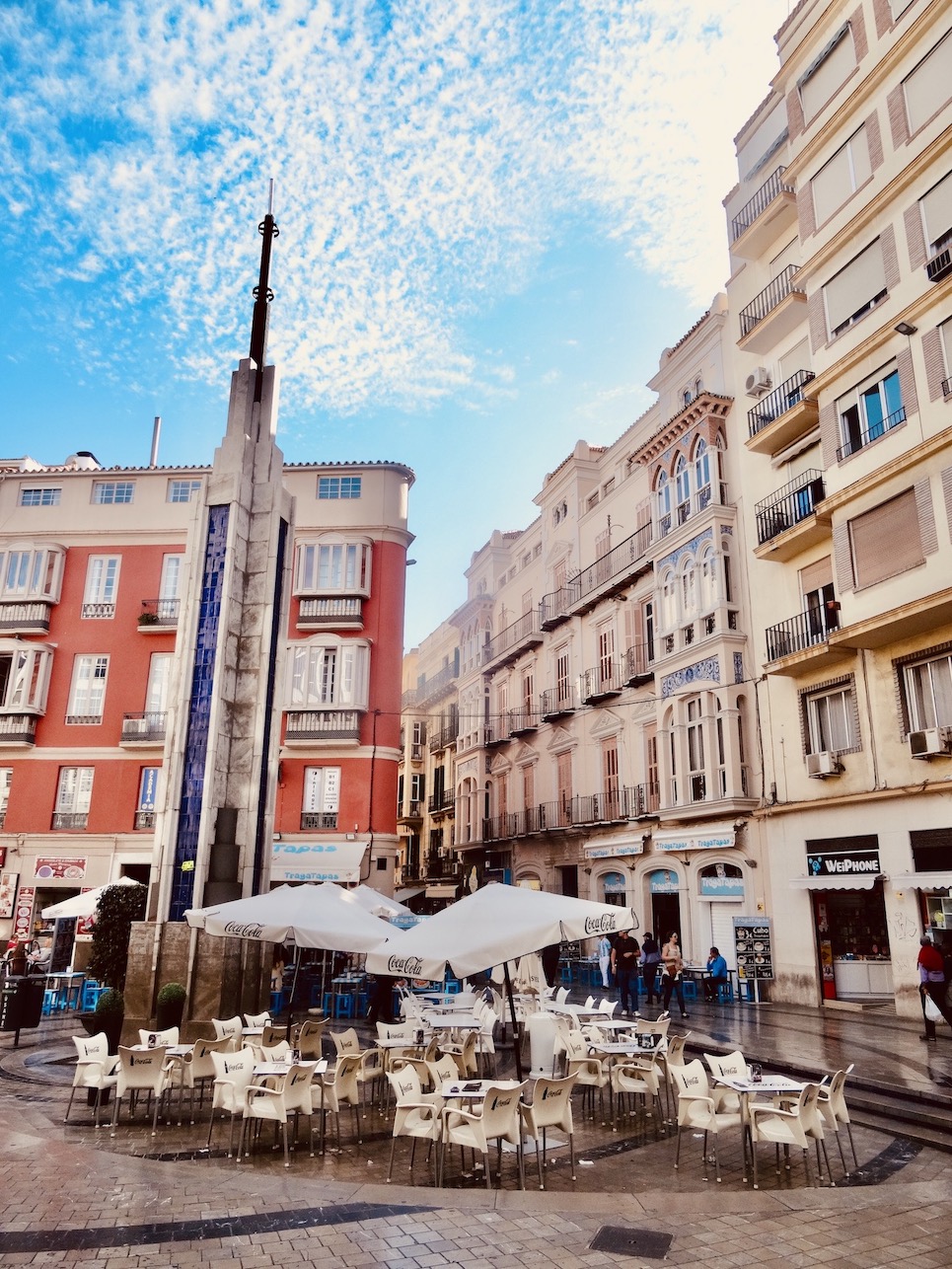 I also had a soft spot for Plaza de Uncibay, quite possibly Málaga’s weirdest square. Packed with budget bars and tapas cafes, it’s almost impossible to take your eyes off the towering, fascinatingly ugly obelisk.

The artists Luis Bono Ruiz de la Herran and Jose Fernandez Oyarzábal created it in the late 1980s. It references Fernando de Uncibay, an army captain heavily involved in The Catholic Kings’ Conquest of Malaga in 1497. 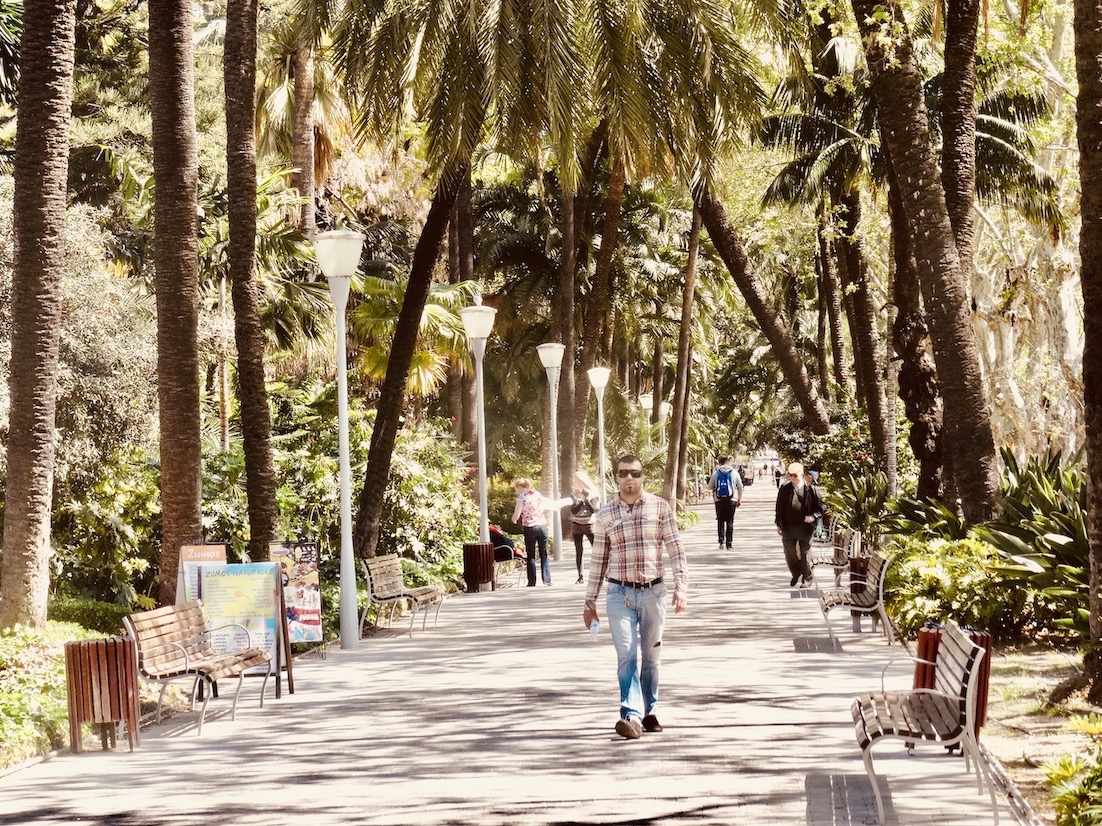 Málaga is also a wonderfully green city. Two to three times a week I’d go jogging to Malagueta Beach and back. The twenty minute route took me through the city’s main park, comprised of several parallel, 800 metre walkways.

Opened in 1904, it features stunning orange, cypress and palm trees, all of which provide decent shade from the often ferocious sun. Moreover, there’s an adventure playground for kids and a small, open air theatre. 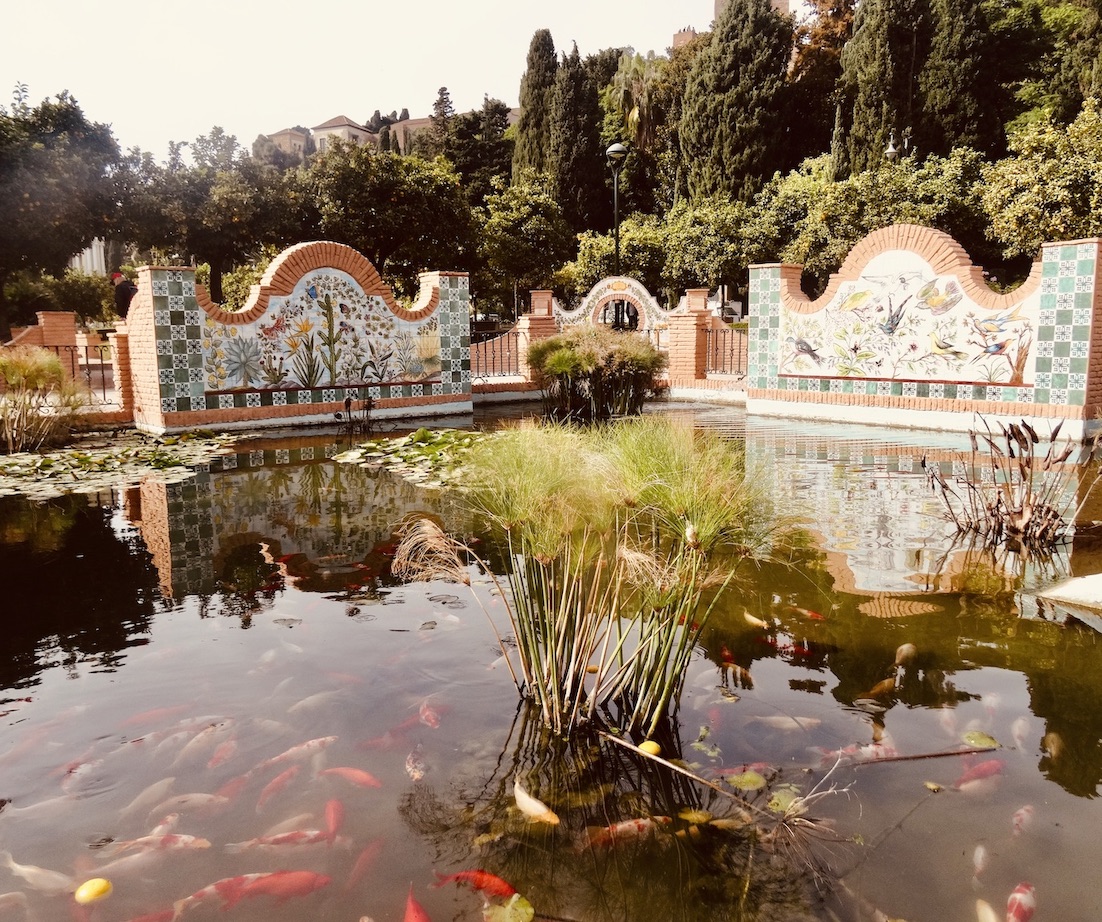 In addition to fish inhabited ponds and a charming rose garden, one can also visit a small aviary. The Spanish architect Fernando Guerrero Strachan created the gardens in 1945. 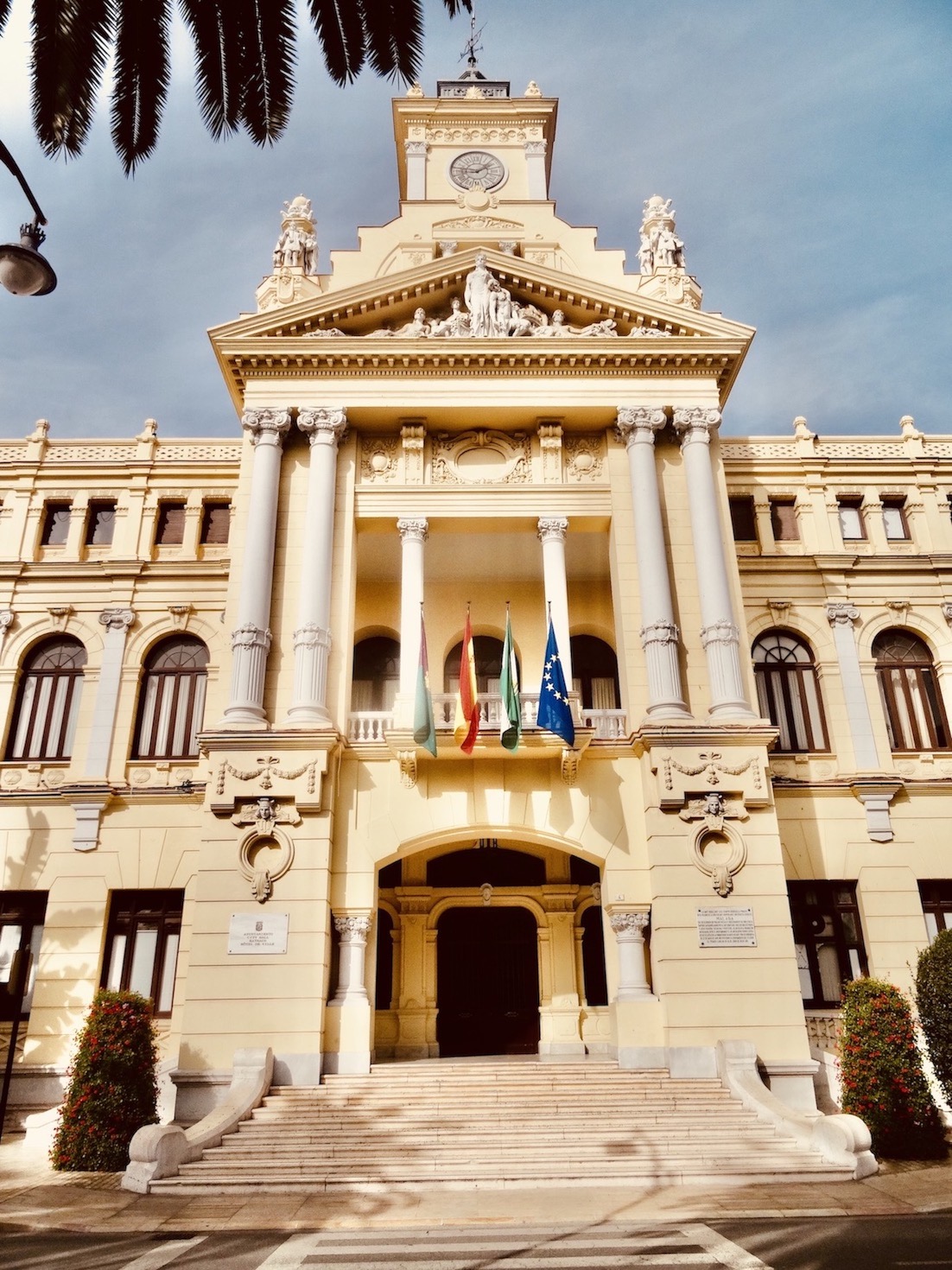 Furthermore, the same architect was responsible for the nearby Málaga Town Hall (Ayuntamiento). Championed as one of Spain’s most picturesque town halls, this Neo-baroque structure was built between 1912 and 1919. Unfortunately, you need either a professional appointment or written permission to go inside. 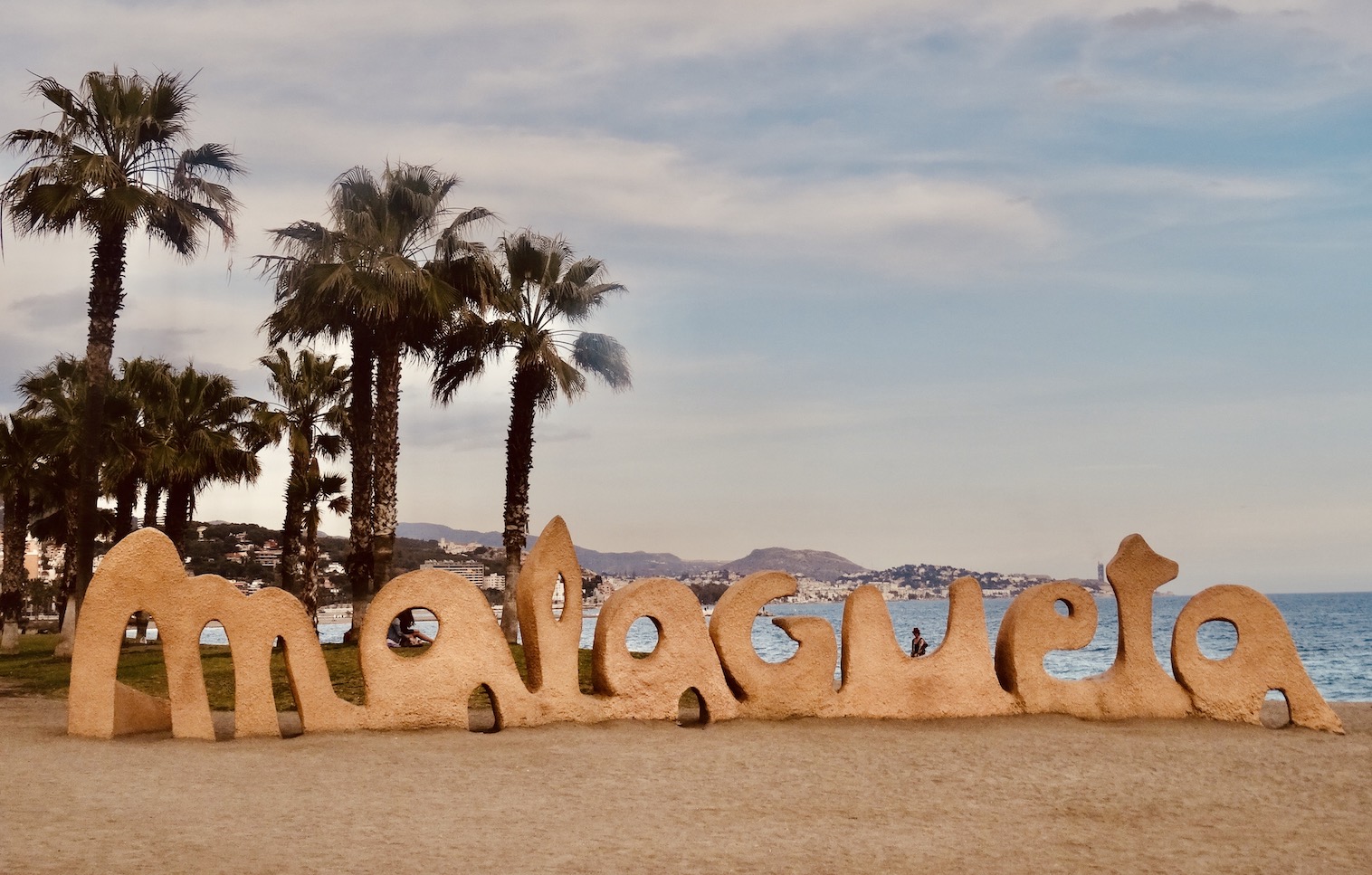 As city beaches go, Malagueta Beach is one of the finest I’ve seen across Spain. At 1200 metres long, it boasts handsome dark sands, a decent surf and a pretty, palm-tree lined promenade. In the summer months I would come here to sunbathe or read, renting a parasol for 8 Euros a day. 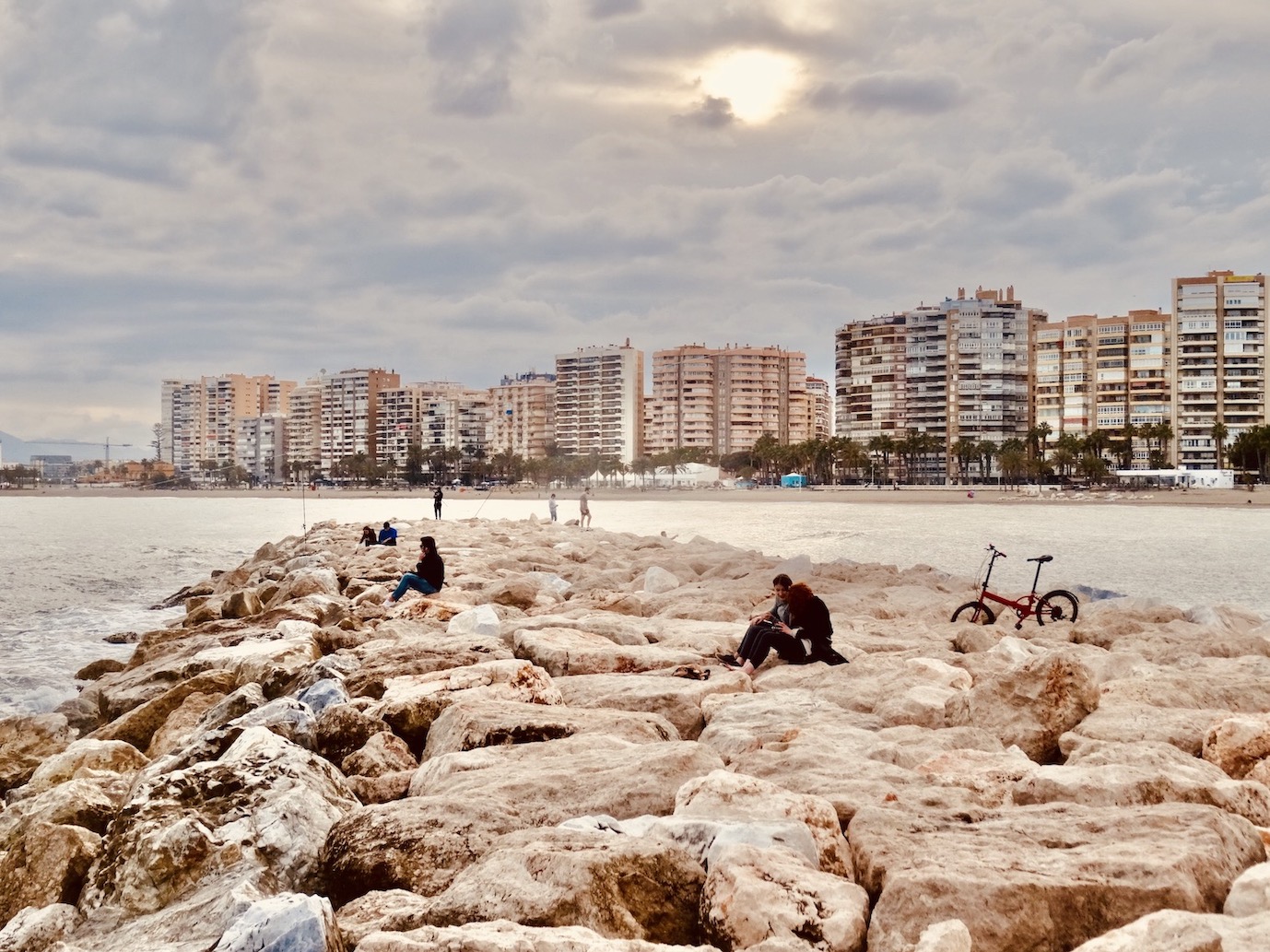 But it was during the winter months that I really loved Malagueta Beach. For the most part the sands would be quiet, largely stripped of tourists. Perfect for a late afternoon stroll listening to English Premier league football matches on BBC Radio Five Live. 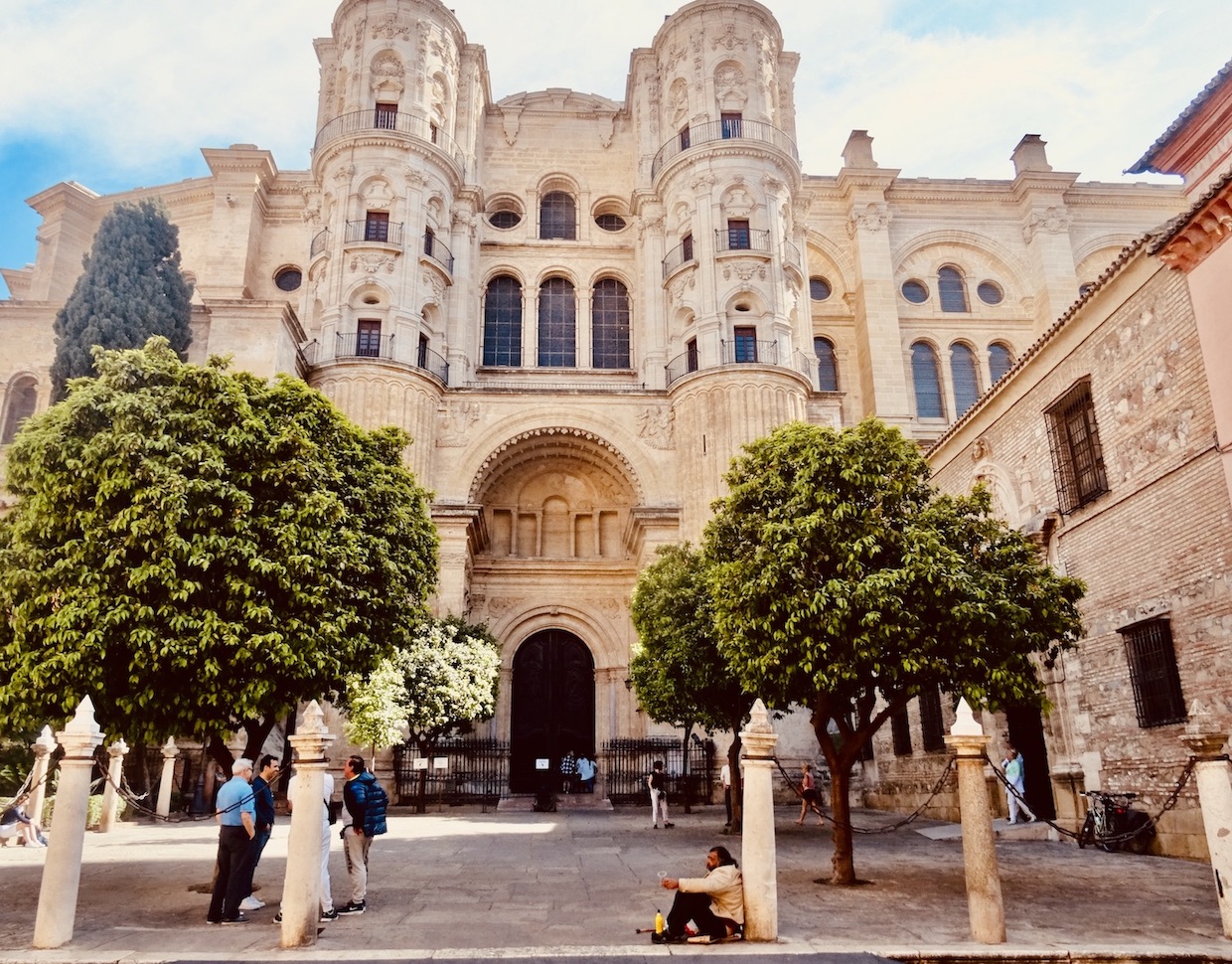 As I’ve said before many times on these pages, wherever you are in Andalusia there’s no shortage of spectacular churches. In this regard, Málaga is no different.

The sumptuous, renaissance style Málaga Cathedral opened its doors in 1782 after a complicated construction process that spanned over two hundred and fifty years. 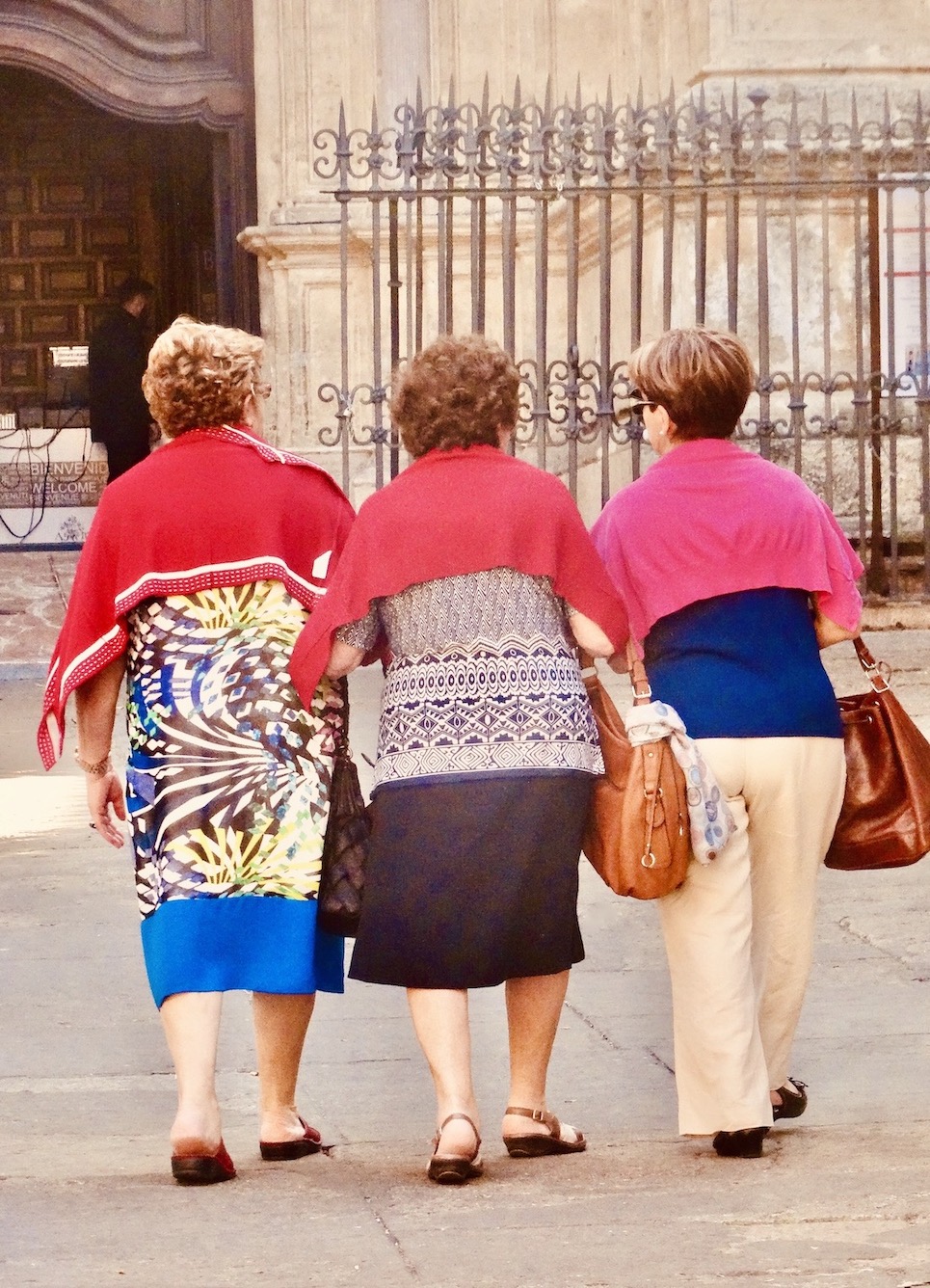 The cathedral has an amusing nickname, La Manquita, which roughly translates as “The one armed woman”. This references the fact that only one of its proposed towers got built. To make up for it, I encountered a stunning six armed woman on the day of my first visit. 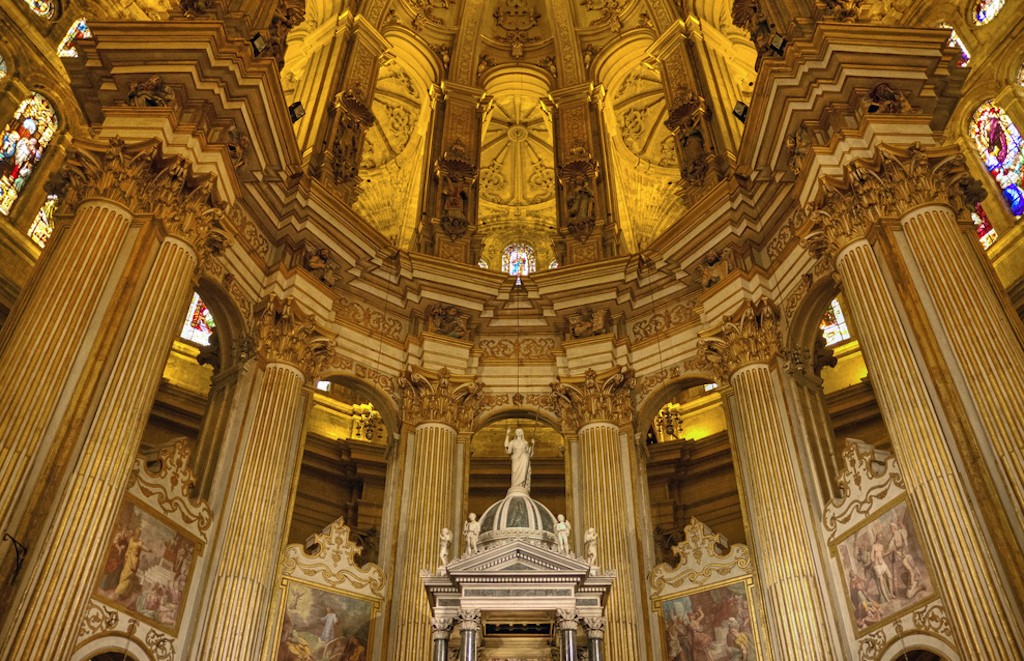 Fear not through, the exquisite interior more than compensates for that missing tower. Among the many highlights are the stunning carvings of the choir stalls, the giant Gothic altarpiece and the frankly terrifying painting The Beheading of Saint Paul by Enrique Simonet. 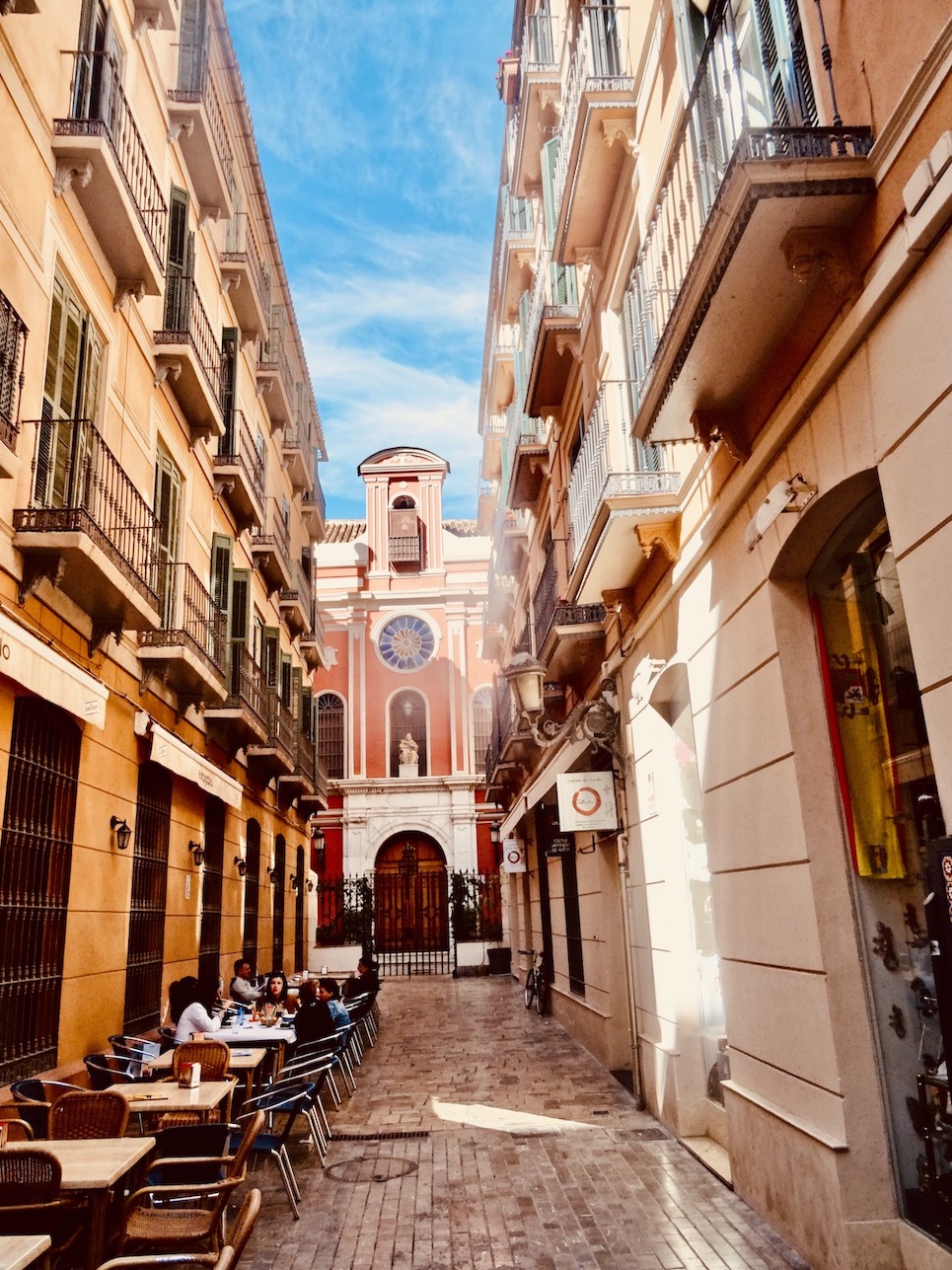 Another wonderful Málaga church is the beautifully tucked away Santa Ana Abbey on Calle Abadía Sta. Ana. Built in 1878, a number of notable Andalusians are buried here, such as the Granada born sculptor Pedro de Mena. As a nearby resident, this was his place of worship, while several of his daughters served the abbey as nuns. 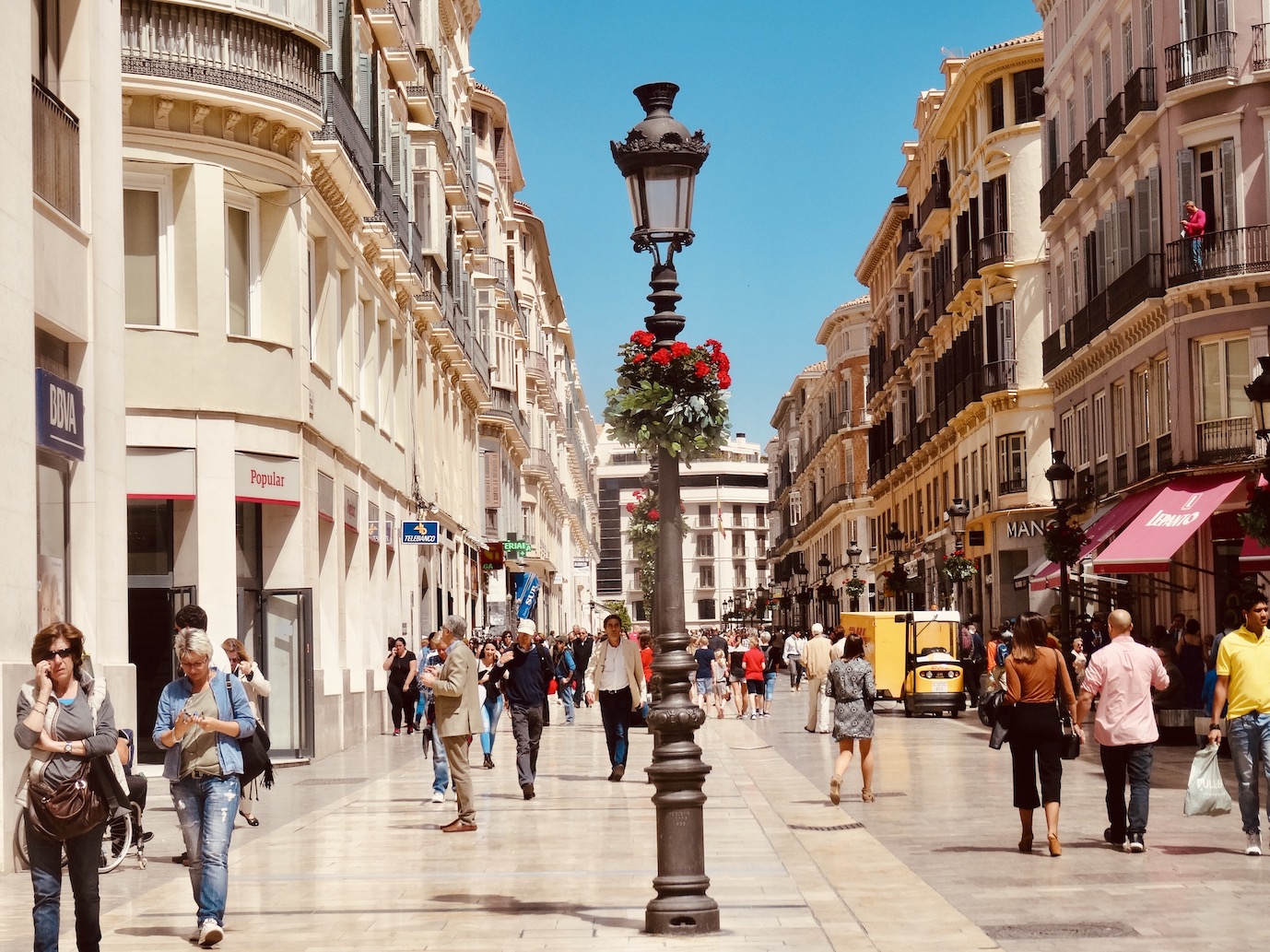 Whenever I visit big cities, I usually stay away from the main shopping streets. Crowded, commercial and stuffed with all the typical branded goods stores, there’s rarely anything of interest. And while this remains largely true for Malaga’s Calle Marqués de Larios, it’s still an undeniably handsome street. 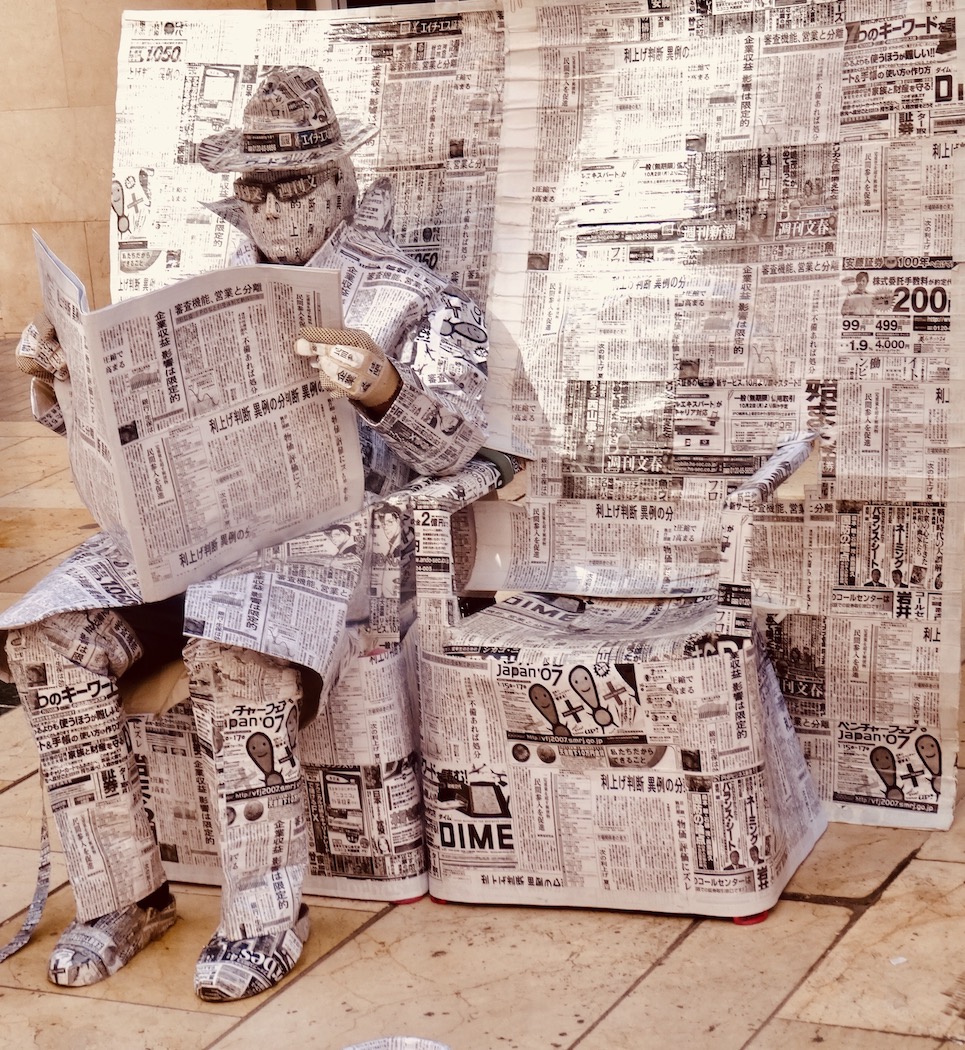 Constructed in 1891, Calle Marqués de Larios is worth a wander on your way to Malagueta Beach. Often, there are street performers doing their thing, such as Newspaper Man, a familiar sight back in 2016-2017.

It’s also fun to watch the lottery vendors pedalling their tickets, while the grand apartments that overlook the street stand as some of Spain’s most expensive real estate. 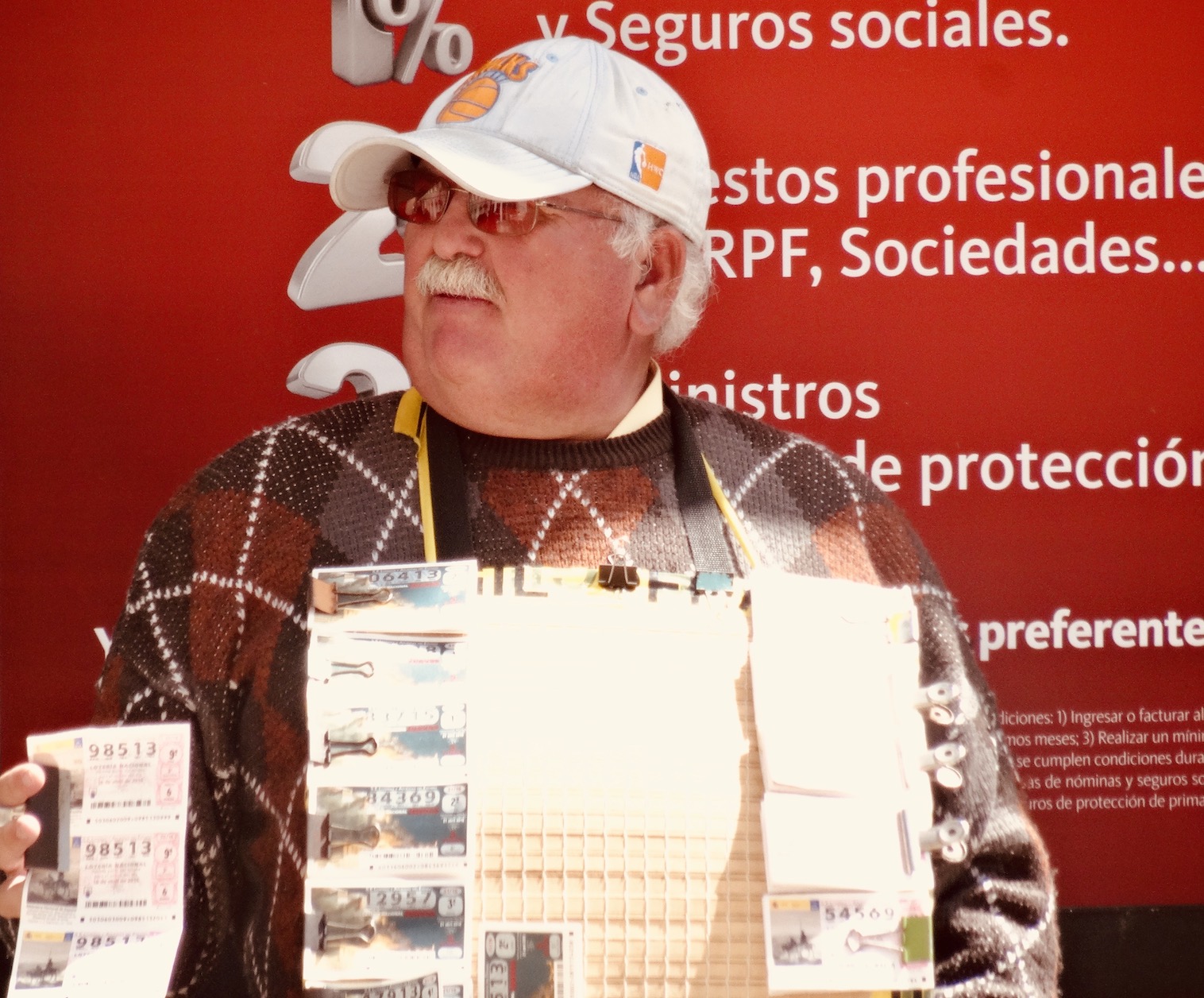 At Málaga Port, art lovers can indulge in the galleries of The Pompidou, the first branch of the world famous Paris museum outside France.

Opened in 2015, its exhibitions walk visitors through some the most celebrated works of art from the 20th and 21st centuries. With a full cultural calendar, they also host regular plays and movie screenings. 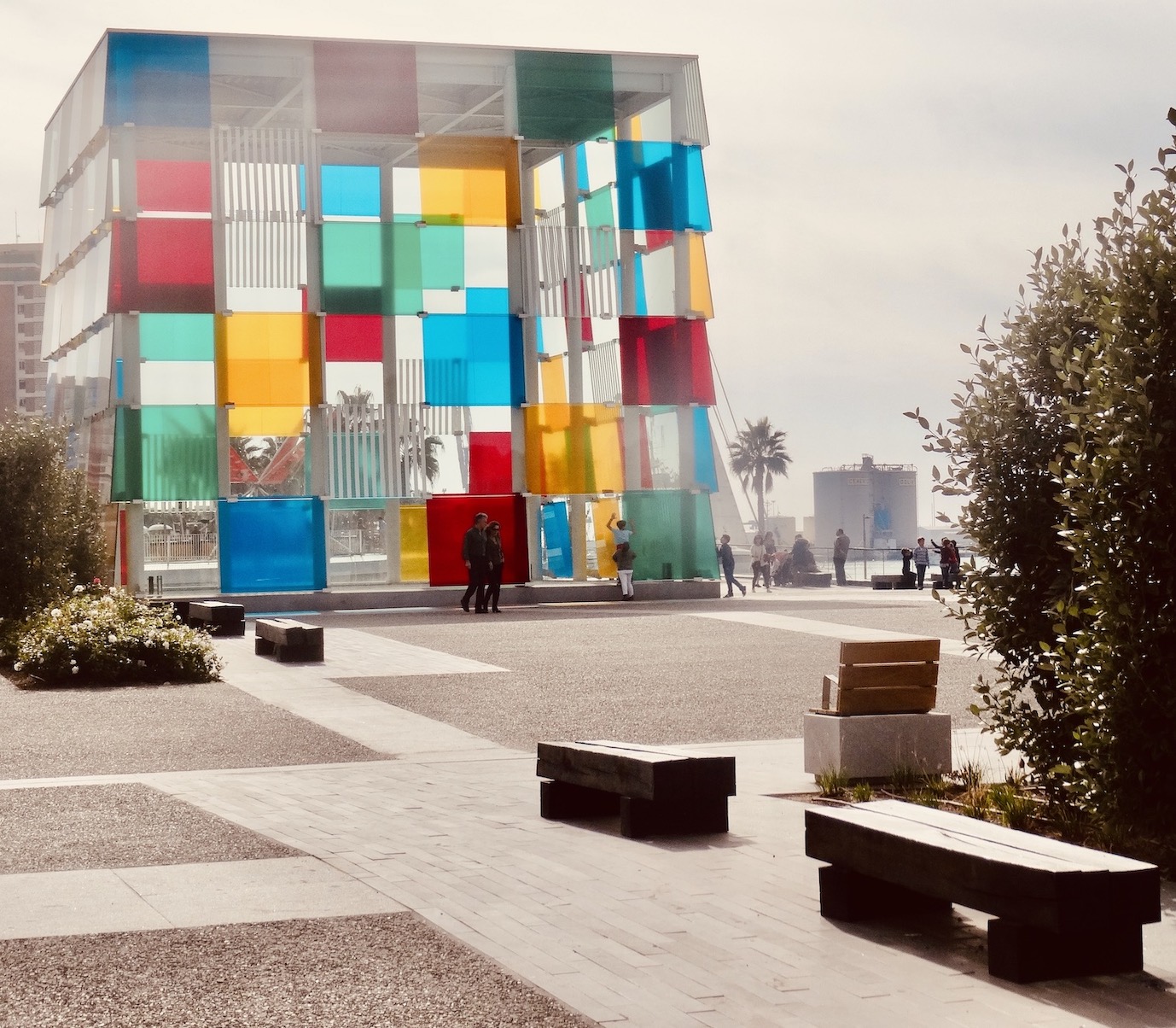 As a huge football (that’s soccer folks) fan, I made sure to catch a match during my stay in Málaga. At that time, Málaga Club de Fútbol was a struggling La Liga team fighting for their top flight survival.

I went to La Rosaleda Stadium to see them play a crucial home match against fellow strugglers Alavés in March 2017. 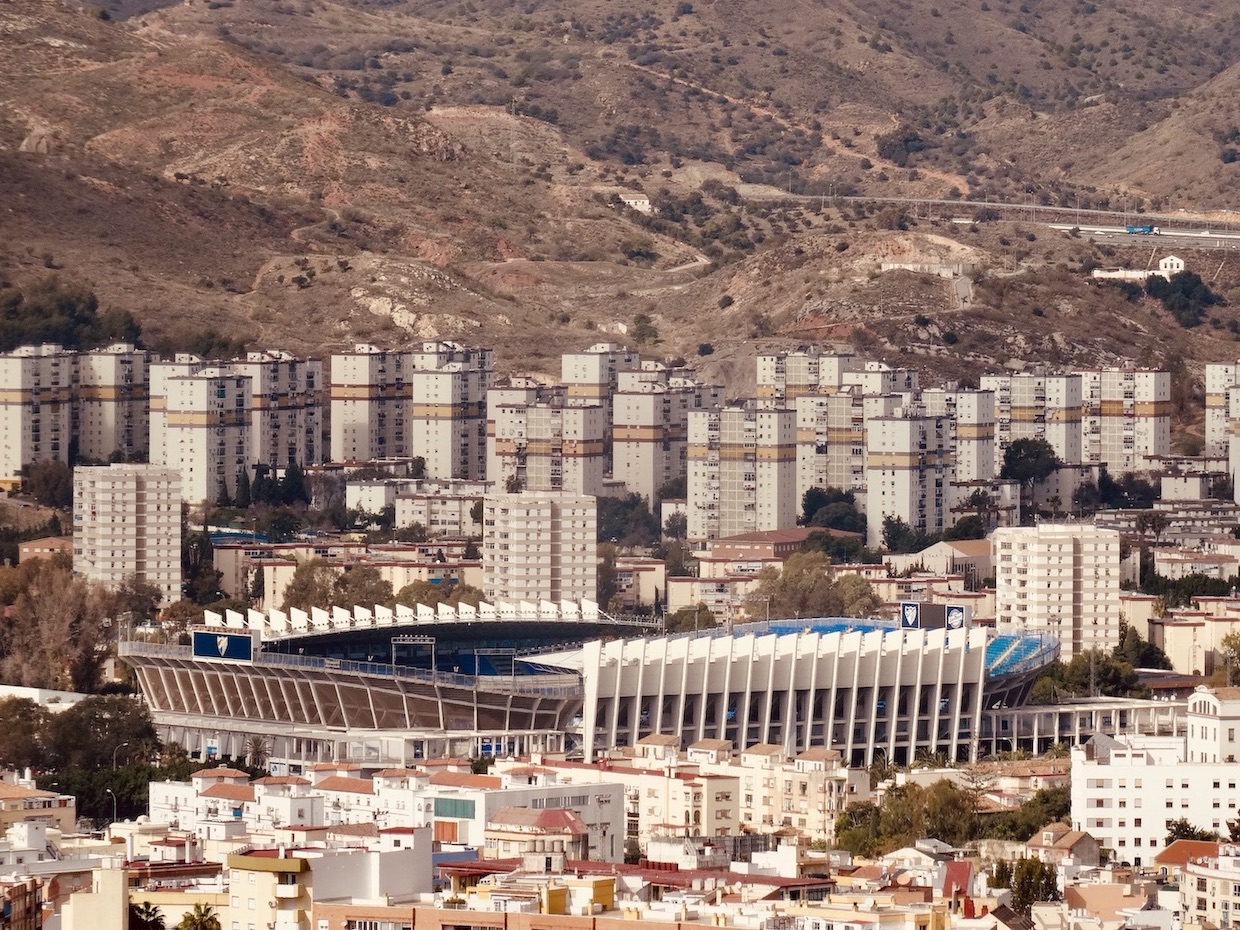 Football really is like a religion in Spain and indeed there was a palpable sense of intensity outside the stadium that day. A row of police vans lined Camino la Palmilla as supporters quietly browsed the rows of souvenir stalls wedged between the ticket counters.

Lightening the mood somewhat, I’ll never forget the custom designed Seat 600 Mini that chugged by, blaring out messages of support for Málaga. 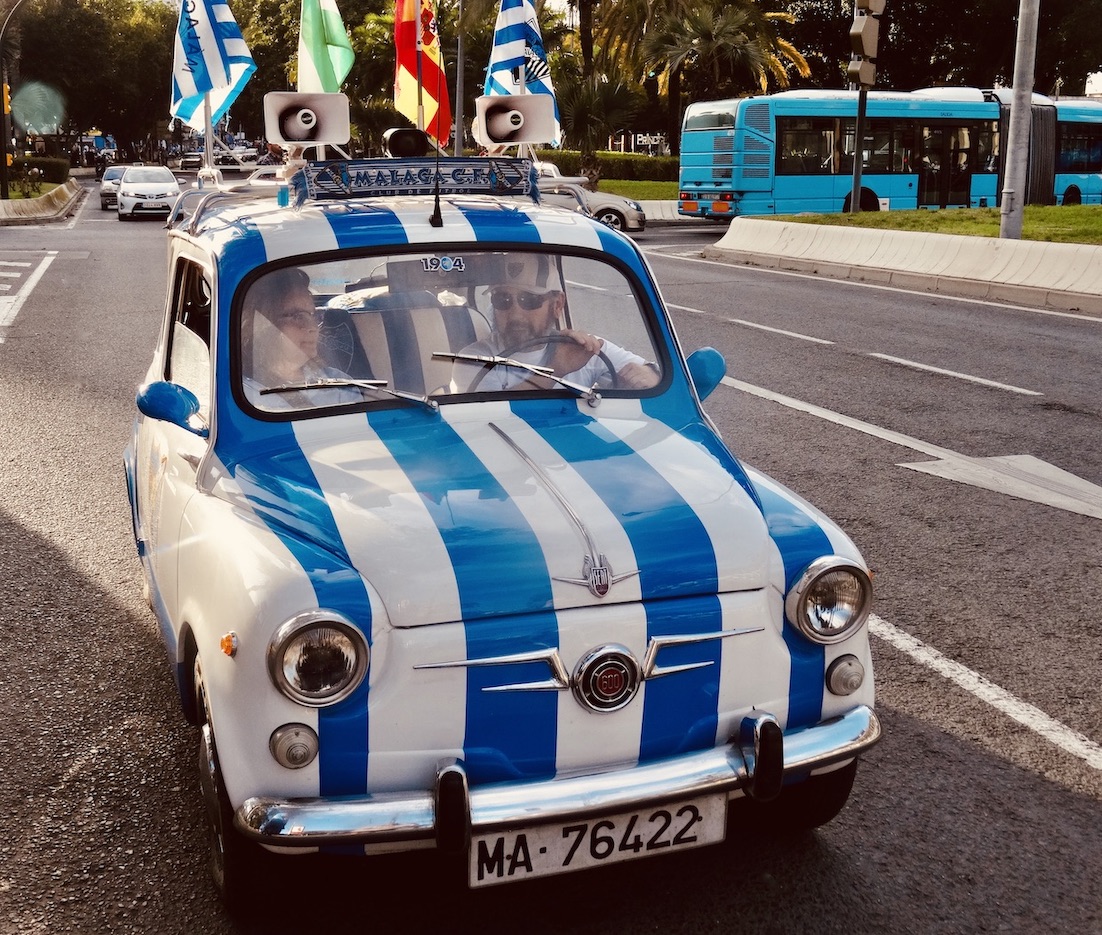 Sadly, it didn’t help the home team much that day. Alavés won an entertaining game 2-1, despite playing the final twenty minutes with ten men.

And the real kicker was that the away team’s winner came right at the end in the 91st minute. Just when Málaga thought they’d done enough to earn a precious point. 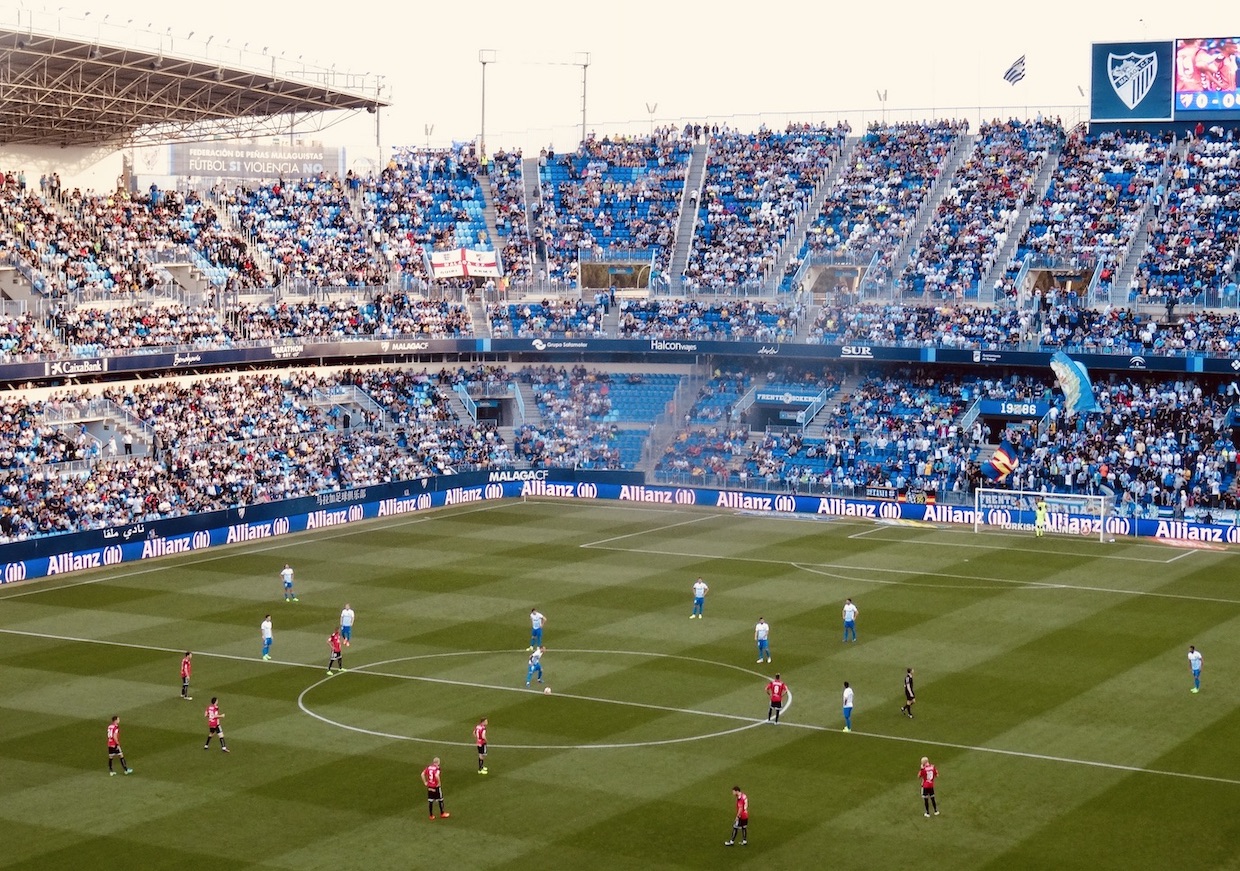 Since then Malaga have been relegated from La Liga and now ply their trade in Spain’s second division. Stagnating in 13th place at the time of writing, it doesn’t look like they’ll be returning to the top league time anytime soon.