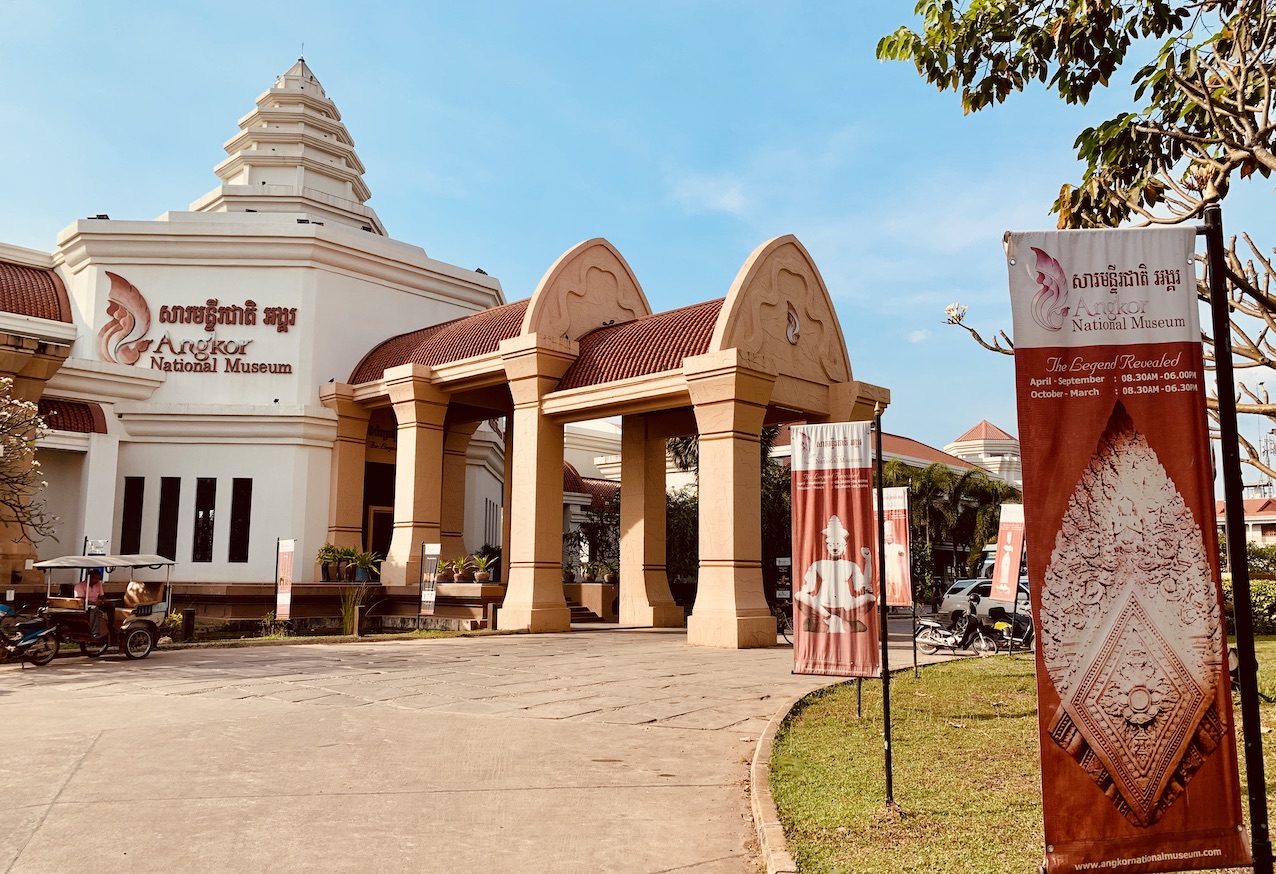 If you’re coming to Siem Reap to see the world famous Angkor Temples, there really is only one place that offers visitors an authentic window into the history and culture of The Khmer Empire. Hence Sladja and I cleared an afternoon and headed off to Angkor National Museum, a state-of-the-art exhibition housed in a mammoth building on Charles De Gaulle Road. 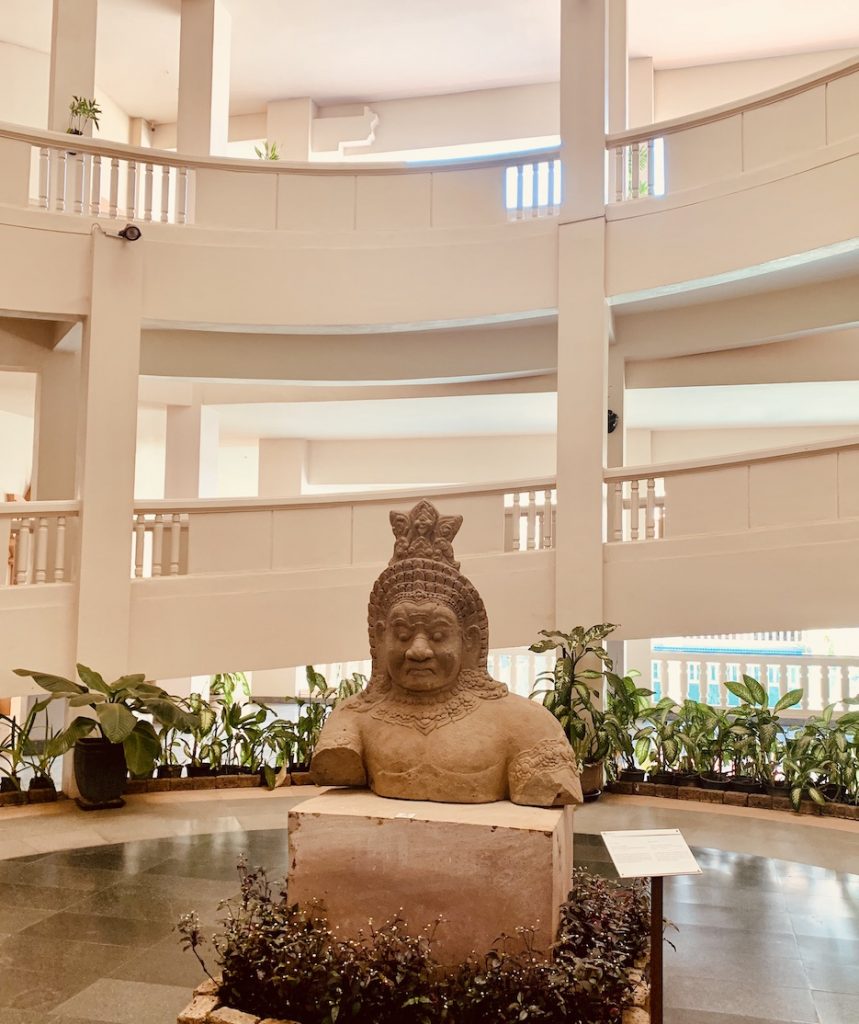 Opened in 2007, the museum has long been shrouded in controversy. Firstly, it is not state owned, as you would perhaps expect from a so-called National Museum. Rather, a private Thai company launched the place, a situation that doesn’t sit well with many Cambodians. Especially when one takes into consideration the long-running Preah Vihear Temples Dispute between Cambodia and Thailand. 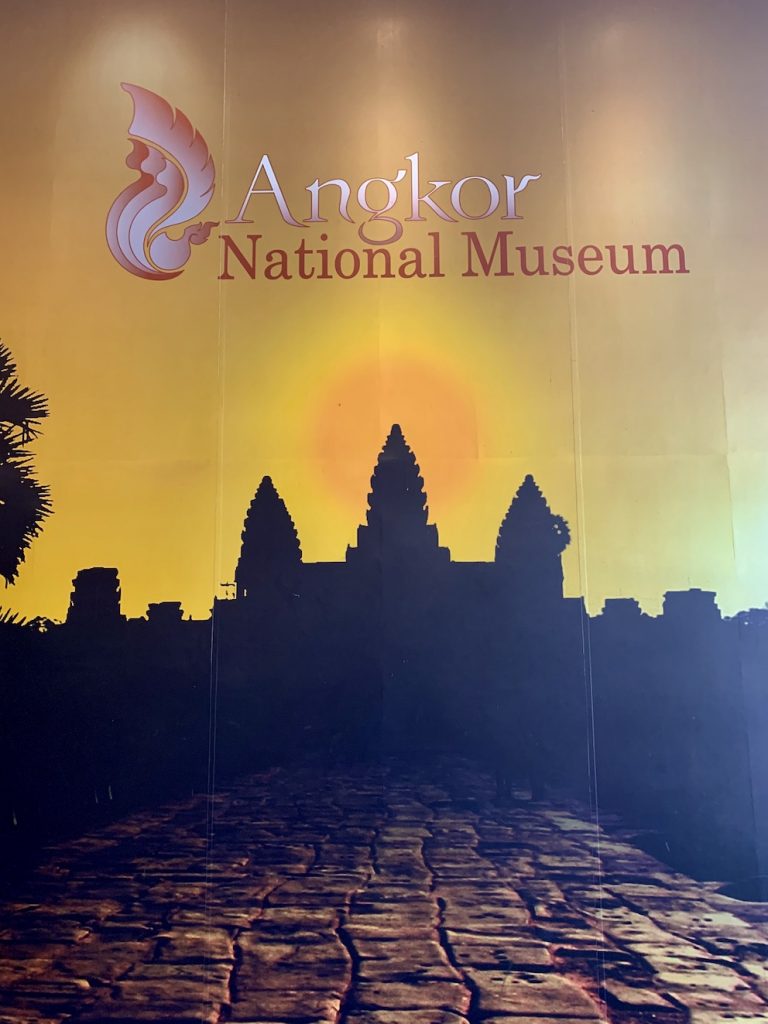 Moreover, many complain that the museum is a shameless moneymaking enterprise that gives little back to the temples themselves. Indeed, entry at $12 per person seemed a little steep to us. No, that doesn’t include the audio guide headset, priced at an additional $3 each. And yeah, a large section of the space goes to the fancy museum shop and its high end souvenirs and collectibles. 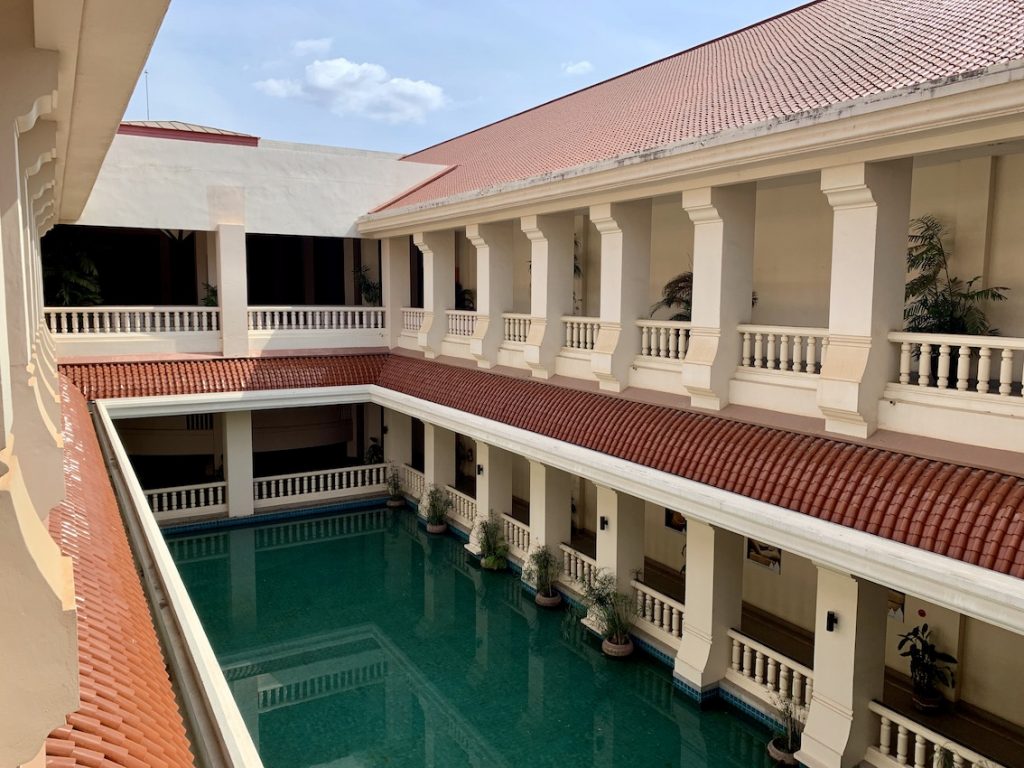 Nevertheless, we found the museum pleasingly modern, spacious, cool and well crafted, albeit a little minimalistic. Eight large galleries stretch out across two floors, with sections on The Great Angkor Kings, Religions & Beliefs and Ancient Costumes, among others. 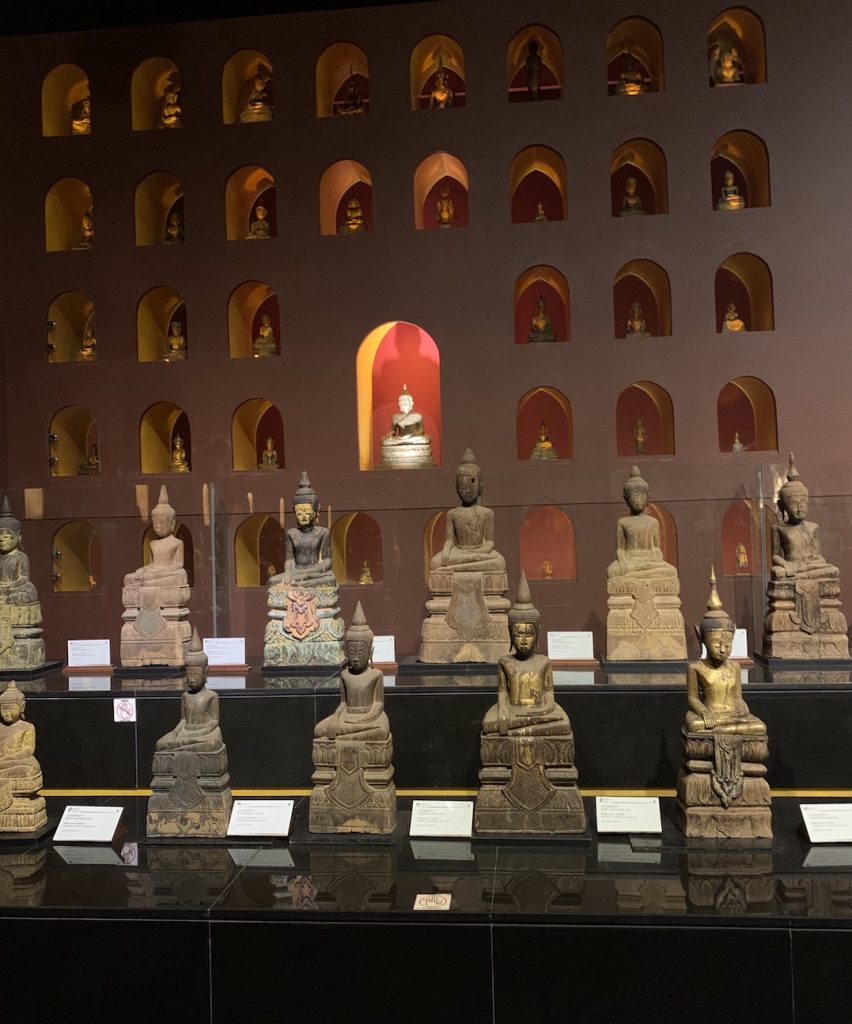 The first part was almost certainly the most impressive. Lo and behold the 1000 Buddha Gallery, a striking display of Buddha figurines. Some of the pieces came directly from the ruins of The Angkor Temples, including Banteay Kdei, Bayon Temple and Angkor Wat. The sight of all the buddhas as you enter the room is a really breathtaking moment.

As visually pleasing as the gallery is, critics are keen to point out that actual Buddha relics are in the minority. In fact, the bulk of the collection features figurines made in the 20th century based on historical designs. Still, I appreciated the information boards detailing the different Buddha hand gestures. 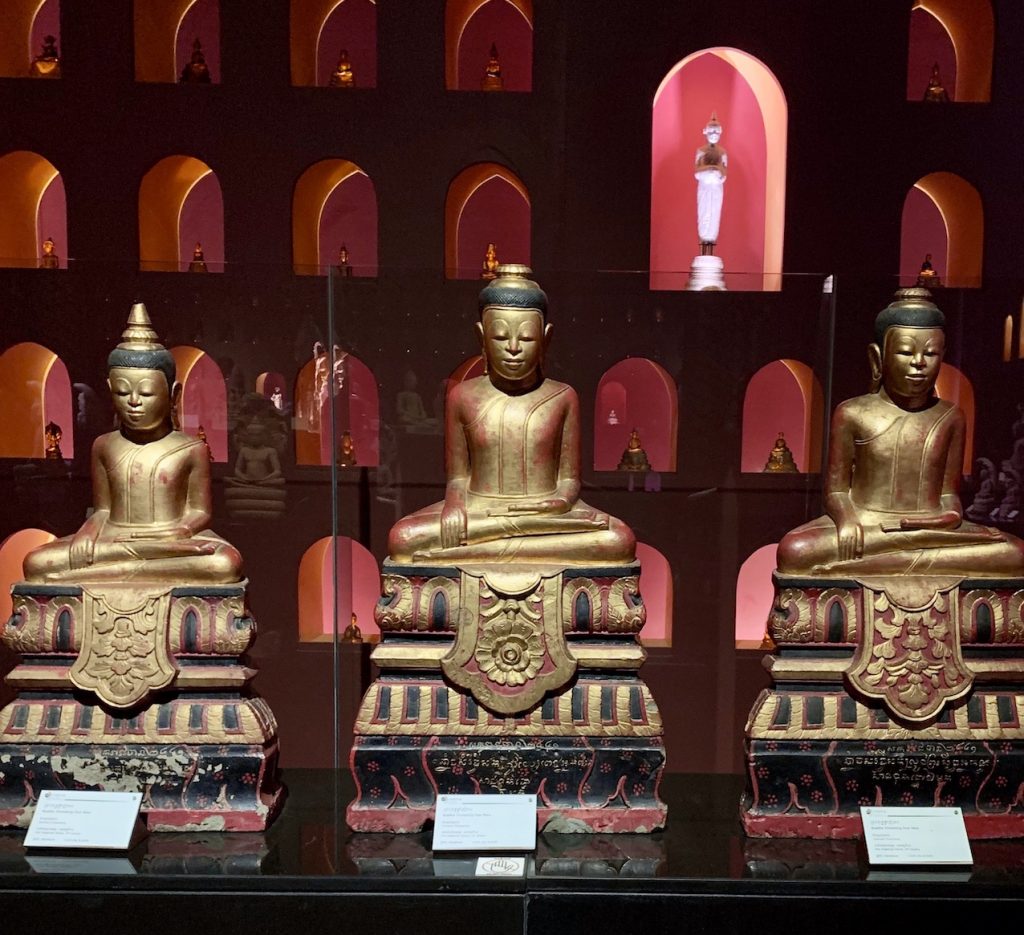 The above photo, for example, shows the Buddha in a sitting posture with his left hand resting on his lap. His right hand hanging over his right knee. This is called Bhumispharsa Mudra, which symbolises the Buddha’s enlightenment under the bodhi tree when he summoned the Earth goddess Sthavara. 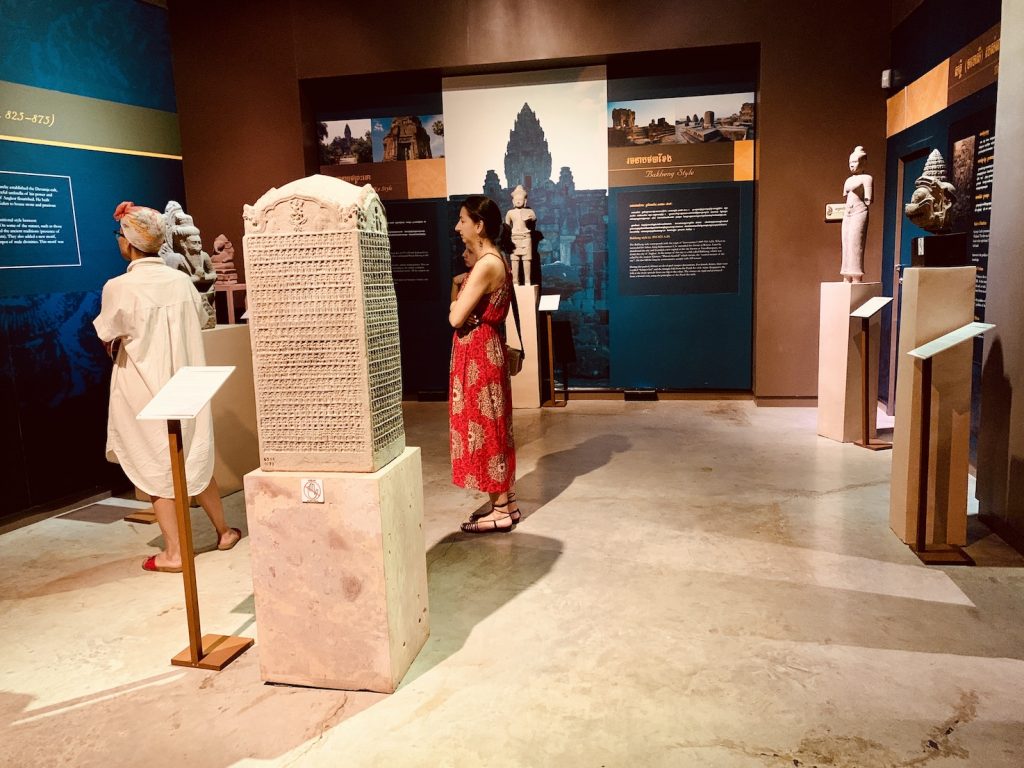 From the buddha gallery we soon found ourselves swallowed up in the alcoves of the main exhibits. History buffs could literally spend all day picking their way through the nitty gritty of The pre-Angkorian years (1st-8th centuries), The Angkorian Period (9th-13th centuries) and the Post Angkorian Era (14th to 20th centuries). 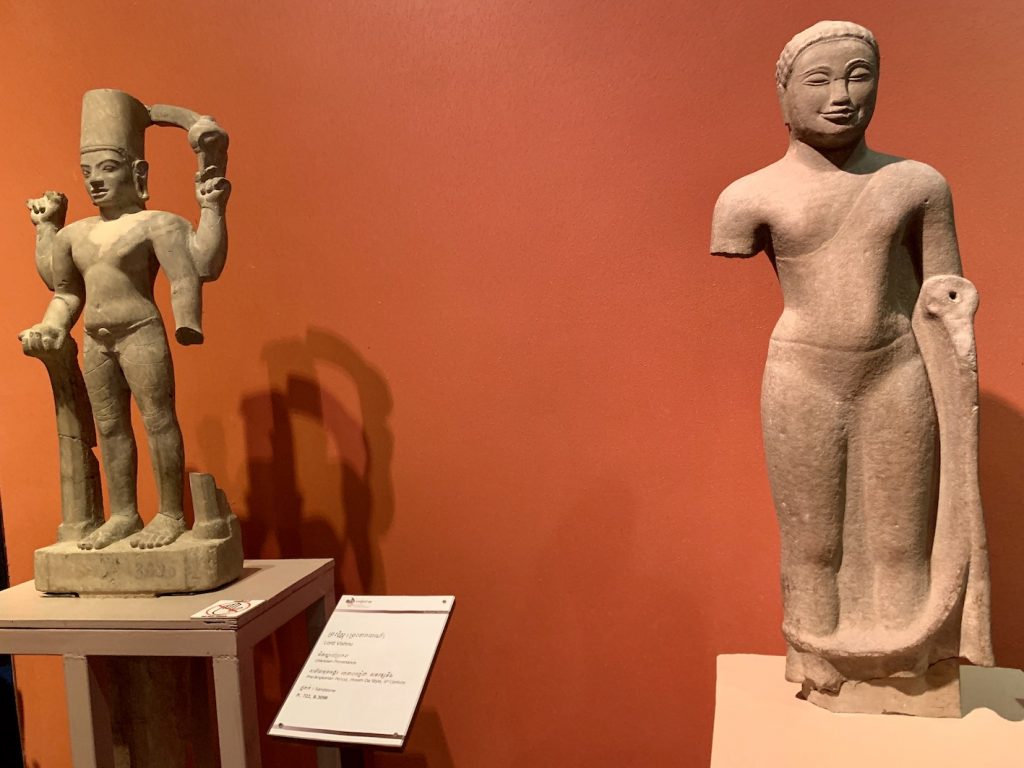 For us, it was enough to simply hone in on specific relics that caught our eye, such as these 6th century Lord Vishnu sculptures. They showcase the so-called Phnom Da Style, influenced by both Indian and Greek art. 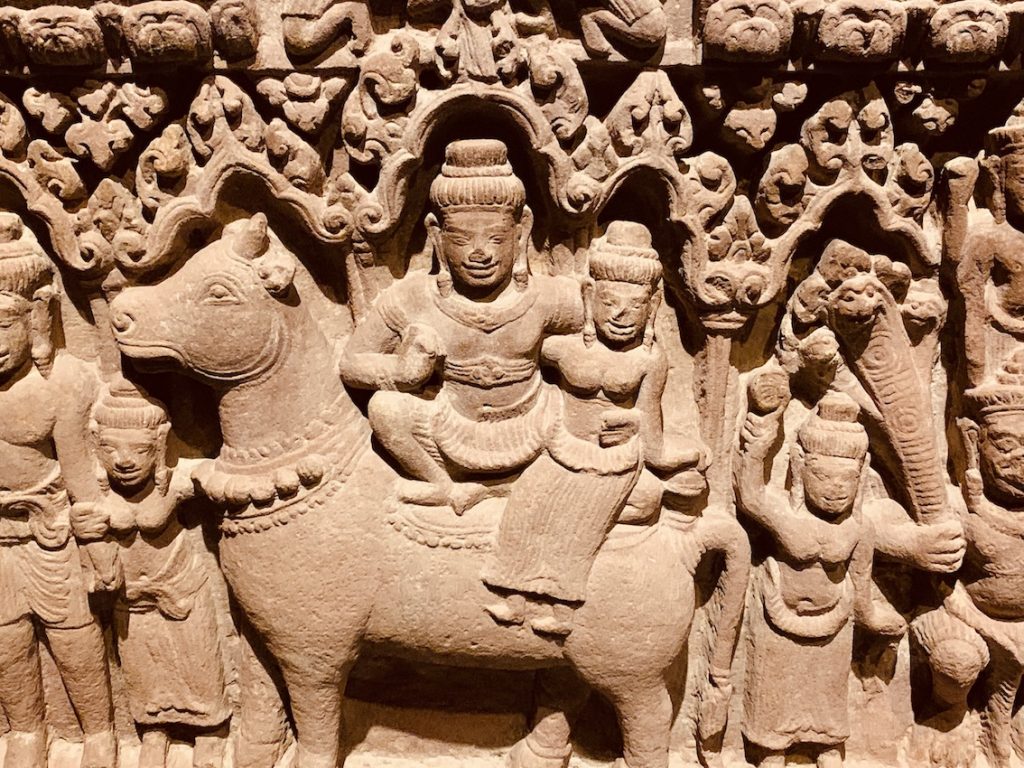 Similarly, this 11th century narrative sandstone lintel drew us in. The scene depicts Trimurti, the three supreme gods, surrounded by various Hindu gods. Of the three, Brahma is the creator and Shiva (seated on the bull) is the destroyer of evil and ignorance. Finally, Vishnu is the preserver. Archaeologists discovered the lintel in an area of land near Preah Khan Temple.

What to See and Do Siem Reap. 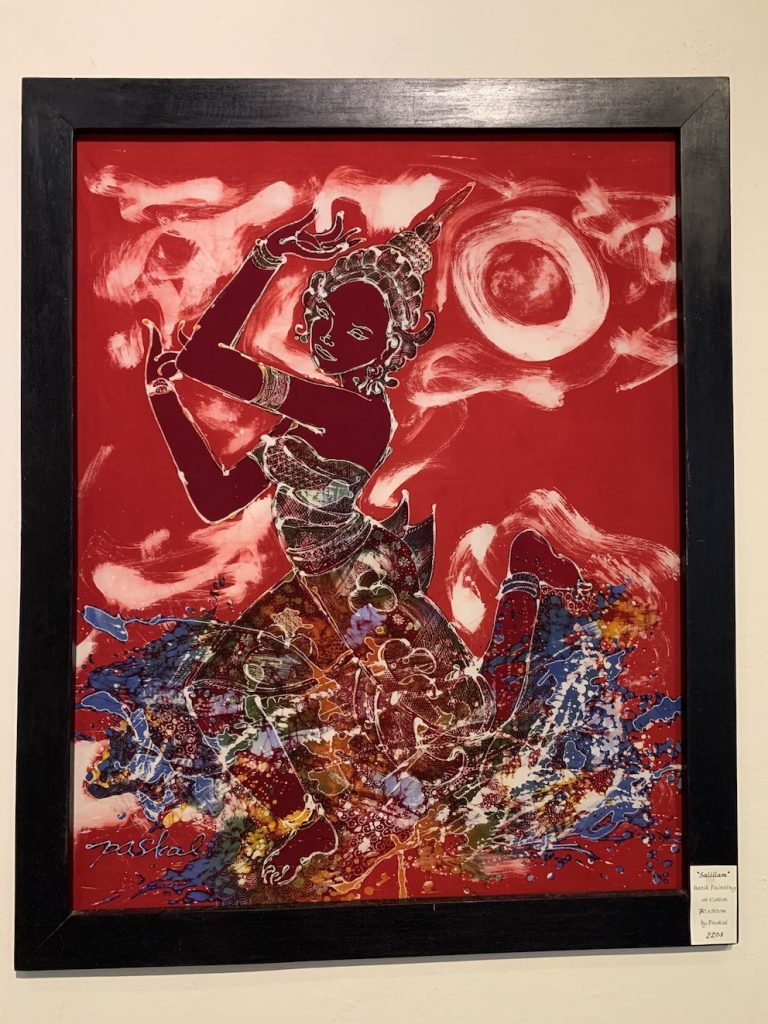 However, the museum isn’t all sculptures, statues and glass cases. There are also little cinema stations and beautiful artwork throughout, including a gallery showcasing Batik works from Indonesia. Yes, they’re for sale. No, they’re not cheap. 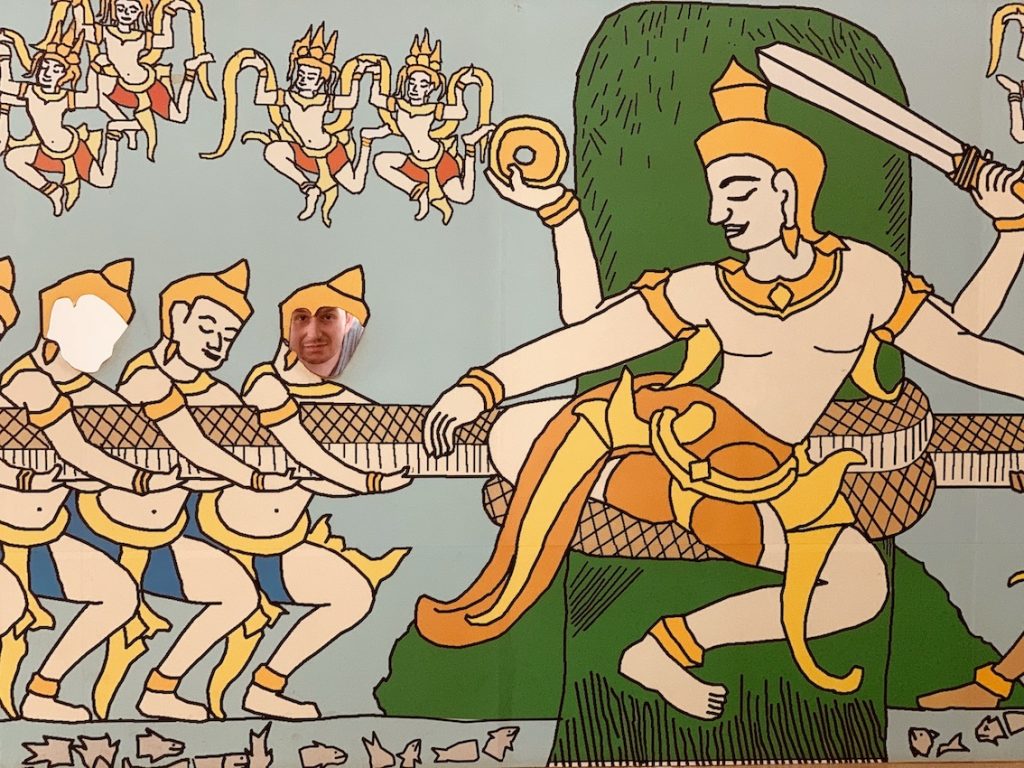 If none of the above fails to impress, there’s also some good old fashioned tomfoolery on hand to lighten the mood. The scene I gatecrashed depicts a legendary story of Hindu mythology, Samudra Manthan (Churning of the Cosmic Ocean of Milk). 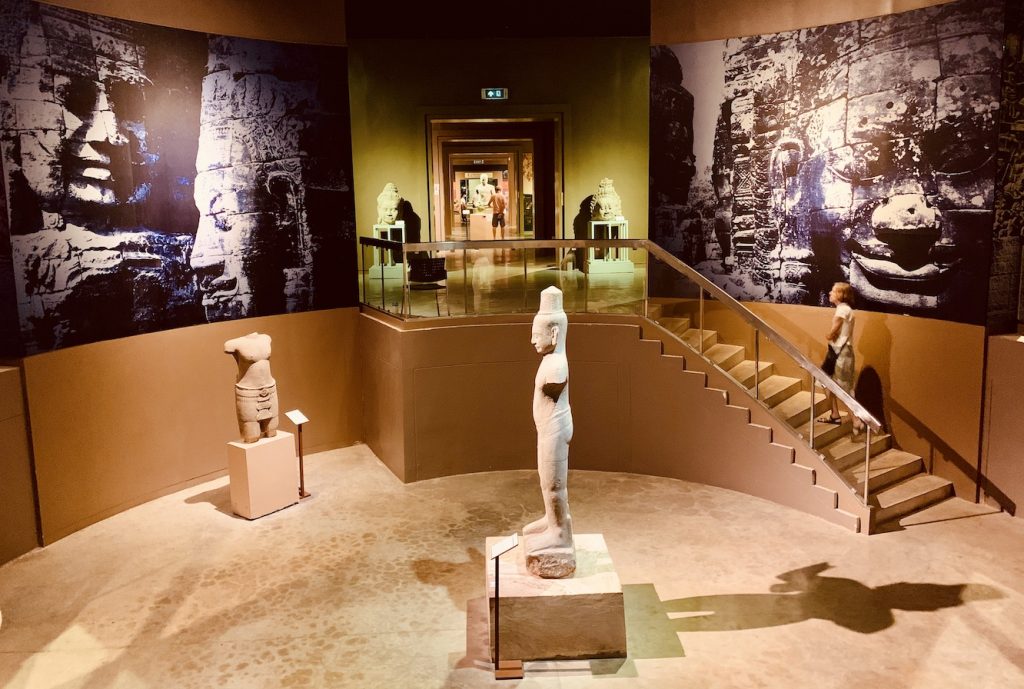 Overall, I’d say the museum is worth at least an hour of your time. Ideally, you’d head here prior to adventuring around the temples themselves. For additional resources, head to the official website. Or check out this cool blog post from Alex in Wanderland. 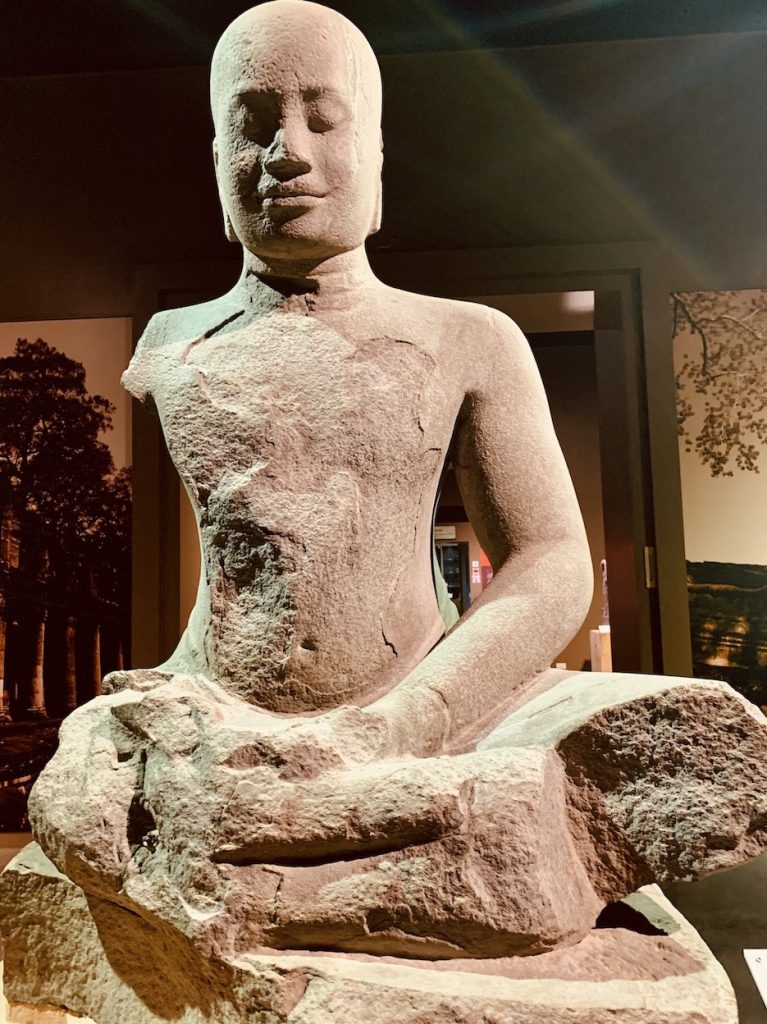 Siem Reap isn’t just about The Angkor Temples. Check out my guide on What to See and Do in Siem Reap.

You can also read my exhaustive overview of Where to Eat and Drink Siem Reap.