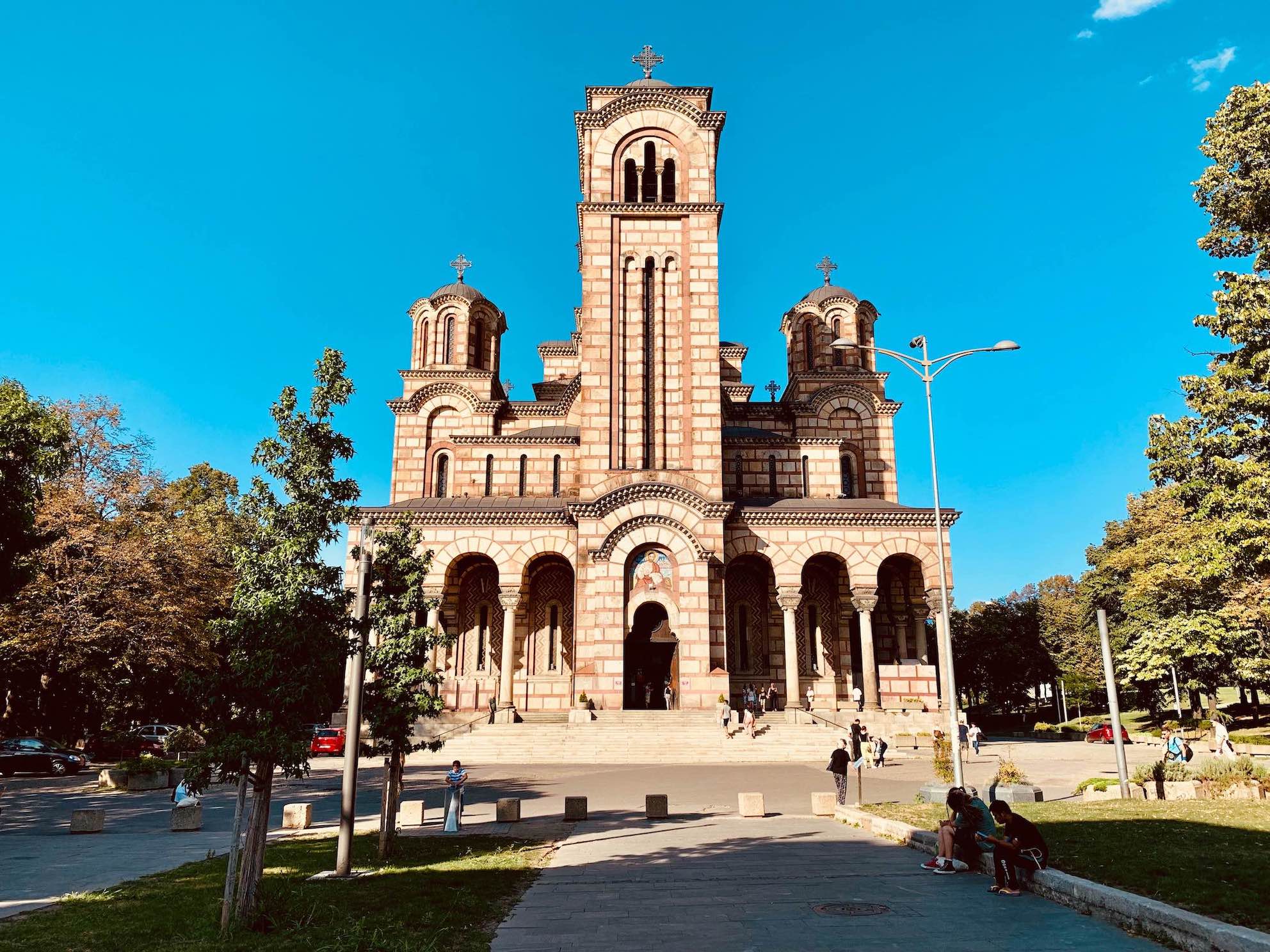 Sladja and I had had a fantastic few hours exploring the sights of Tasmajdan Park. Now, at last, it was time to head inside its most dominant landmark, St Mark’s Church. This handsome Serbo-Byzantine structure opened in 1940 upon the designs of the Krstić brothers, two of Serbia’s most acclaimed architects. 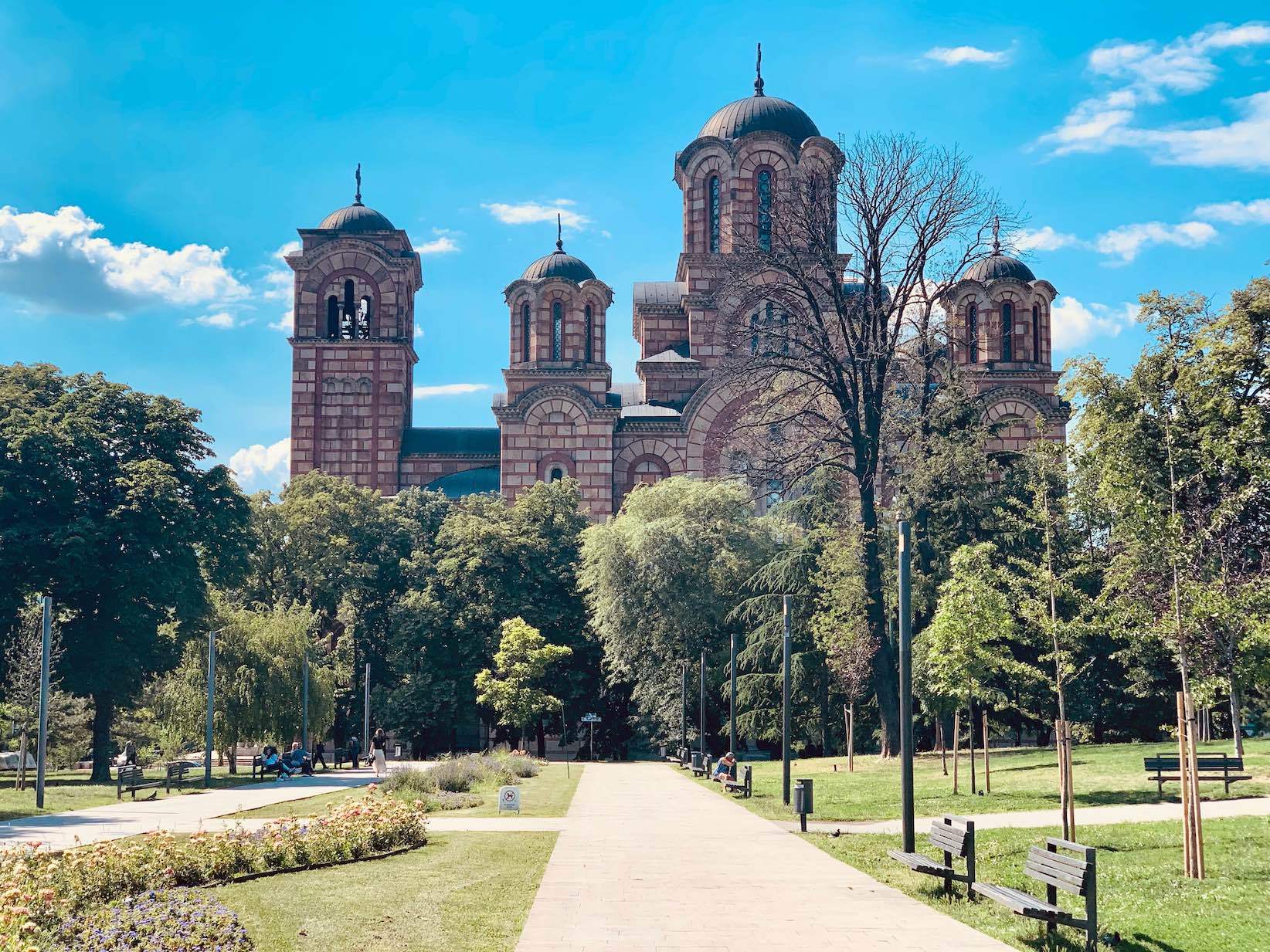 St Mark’s stands on the site of an older wooden structure built in 1836. That first church certainly didn’t have much luck. During World War I Austrian troops destroyed it, while a 1917 reconstruction found itself reduced to rubble by German bombs in World War II. Eventually, city authorities cleared its battered remains so that St Mark’s could flourish.

Apparently, it’s peculiar for a Serbian church to be named after St Mark, one of the lesser celebrated saints in the Serbian orthodox tradition. According to several online articles I read, it may have been a move to reconcile with the Western church. 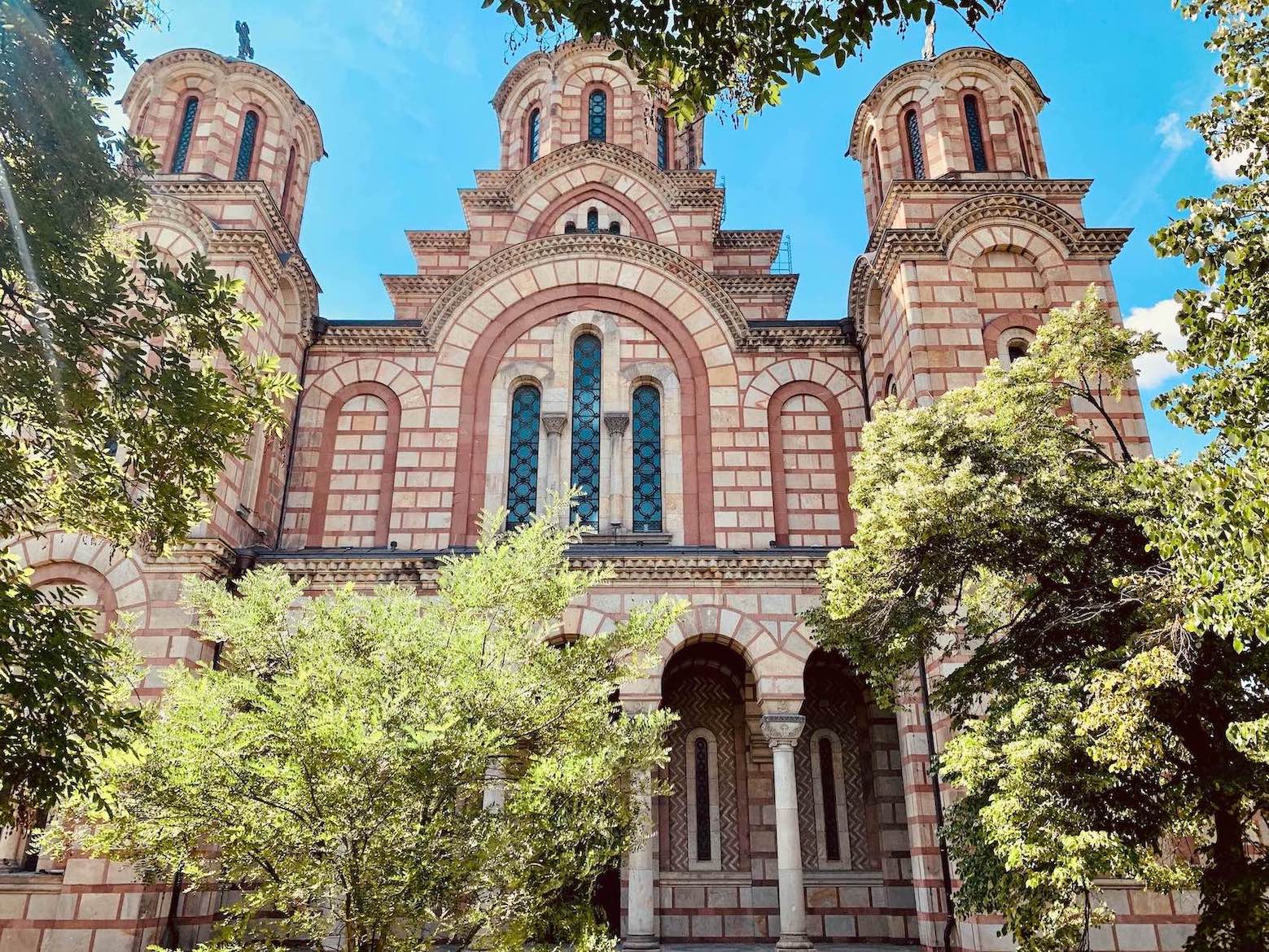 Unaware that we had chosen to visit on an important day in the orthodox calendar, we made our way into what had once been Serbia’s largest church. Until that is, the construction of Saint Sava Temple knocked it into second place. More on that amazing church in a later article. 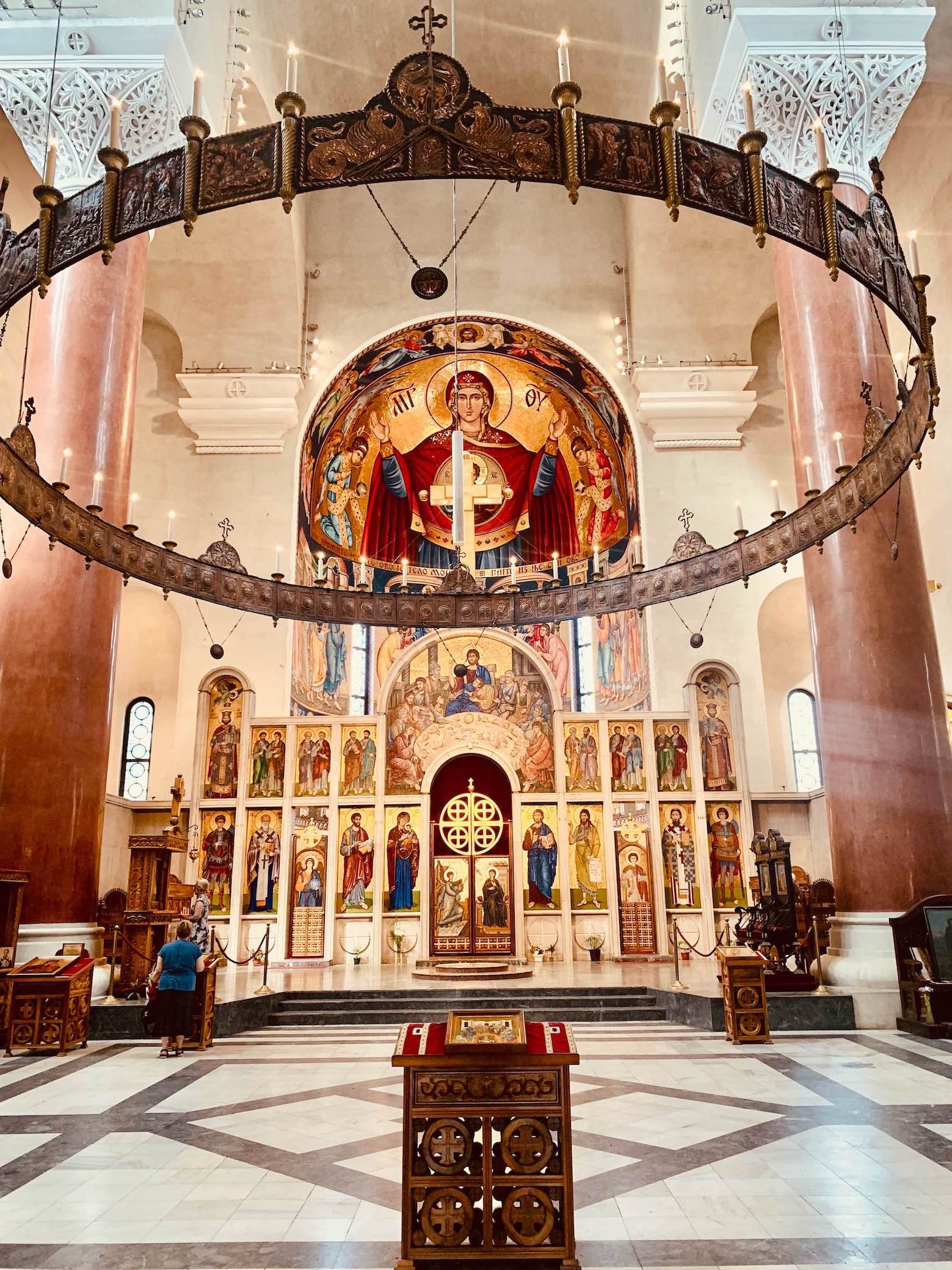 We entered into a cavernous single hall. My first thought was, Wow, where’s all the seating? In fact, there were no pews at all, a common element of traditional Serbian Christian orthodox churches. Indeed churchgoers are used to standing through services. #Hardcore.

For many years the interior wasn’t much to shout about. First, the uncertainty of the Second World War prevented the addition of anything too lavish. Then, with the war finished, the country’s new communist regime couldn’t be bothered to bling the place up.

Amazingly, it wasn’t until recent years that St Mark’s got the makeover it had been waiting on for so long. They definitely made up for lost time. Take the main altar, for example, with its central iconostasis made from marble.

Created in the early 1990s by the architect Zoran Petrović, it features a number of mosaics by the painter Đuro Radlović. He also added the large Mother of God mosaic, cut from Venetian glass, that sits above the altar. It is the largest Virgin Mary mosaic in the world. 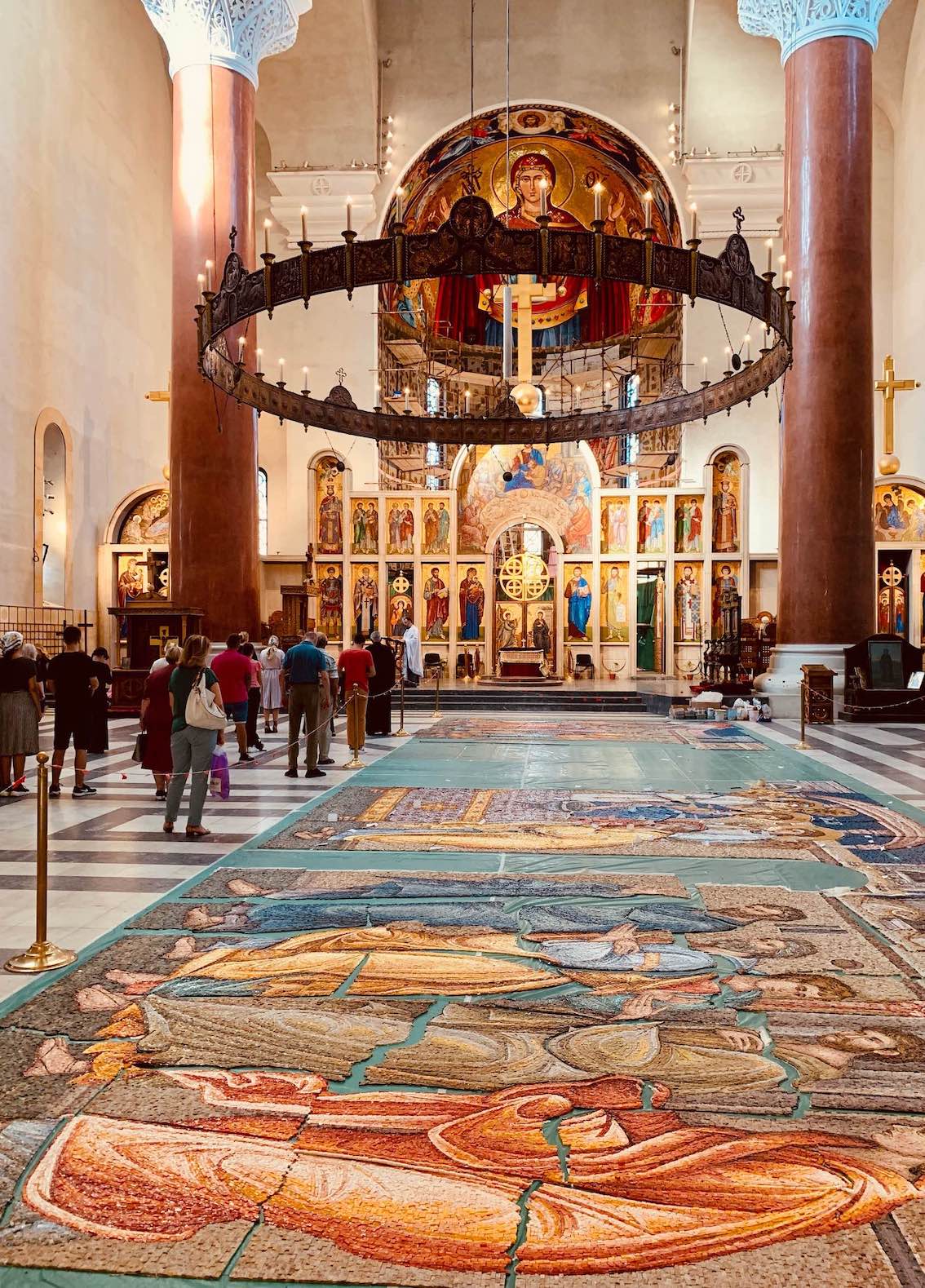 Speaking of awesome mosaics, how about this stunning piece, Communion of the Holy Apostles. Đuro Radlović did this one too, which depicts Jesus giving communion to his twelve disciples. That afternoon it lay sprawled across the floor of the church, though it has since joined the other mosaics above the altar. 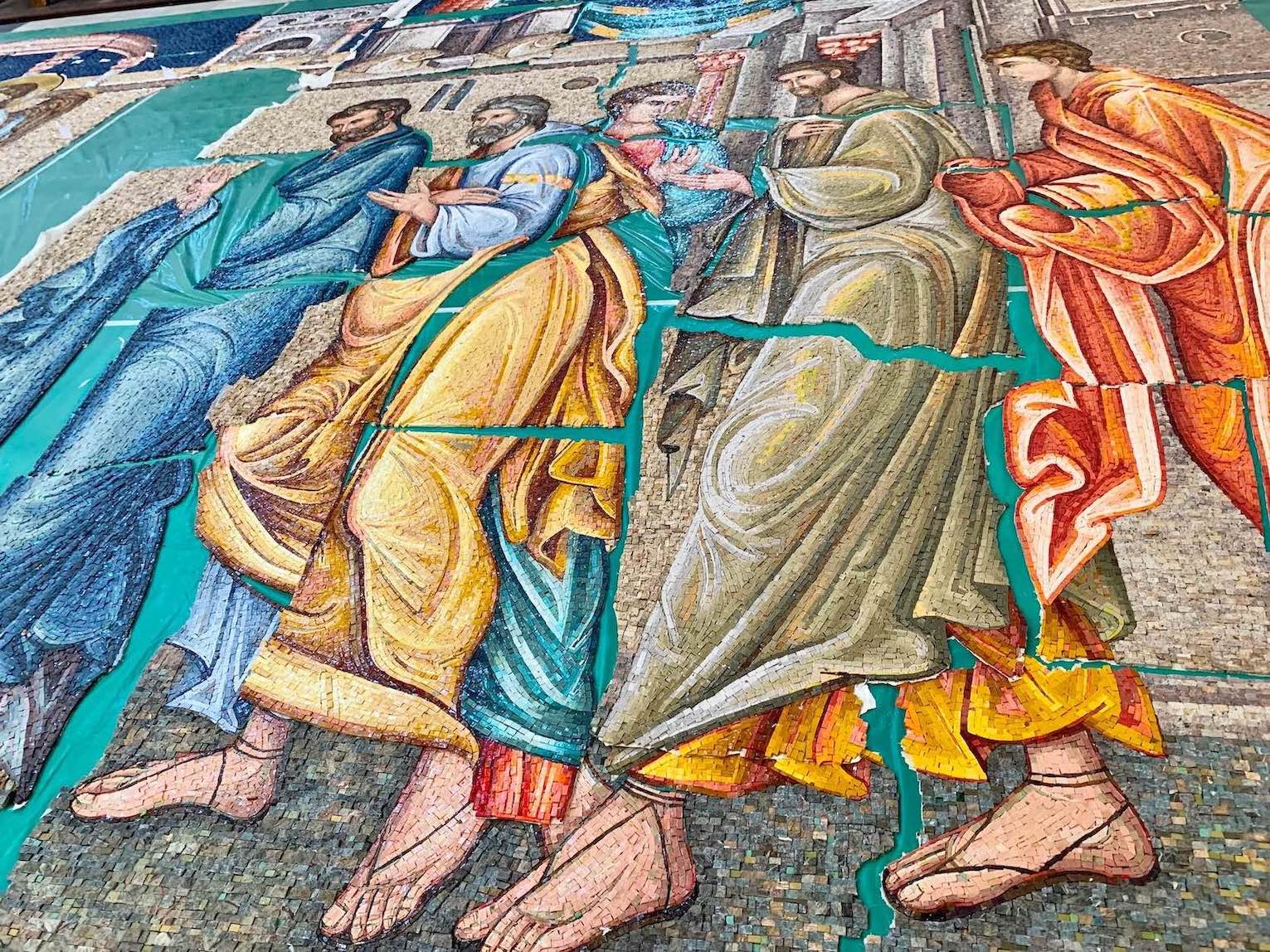 Communion of the Holy Apostles Mosaic.

Elsewhere, along the south wall, a marble tomb holds the remains of Emperor Stefan Dušan. Known as Dusan the Mighty, he ruled Serbia from 1331 to his death in 1355. Historians reckon someone poisoned him while he was planning a crusade to drive The Turks out of Europe. His premature passing eventually led to The Turks invading and ruling The Balkans between the 14th and early 20th centuries. 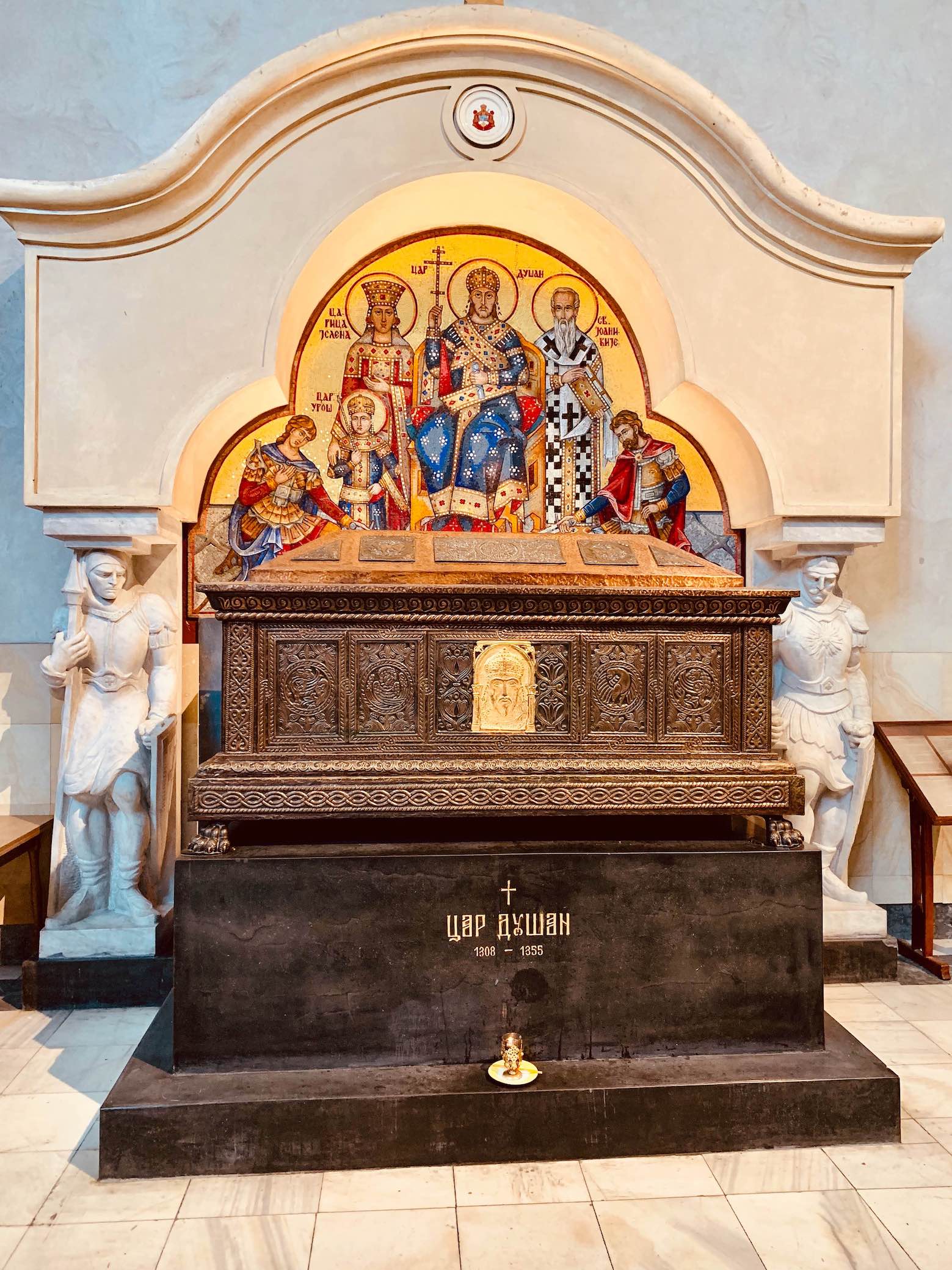 The story of how Emperor Dusan ended up in St Mark’s Church is a long one. Following his death, he was laid to rest at the Monastery of the Holy Archangels in Prizren. That church had been in ruins for centuries by the time excavators discovered his relics and transported them to Skopje. Finally, in 1968, Serbian church leaders negotiated the Emperor’s permanent relocation to Belgrade. 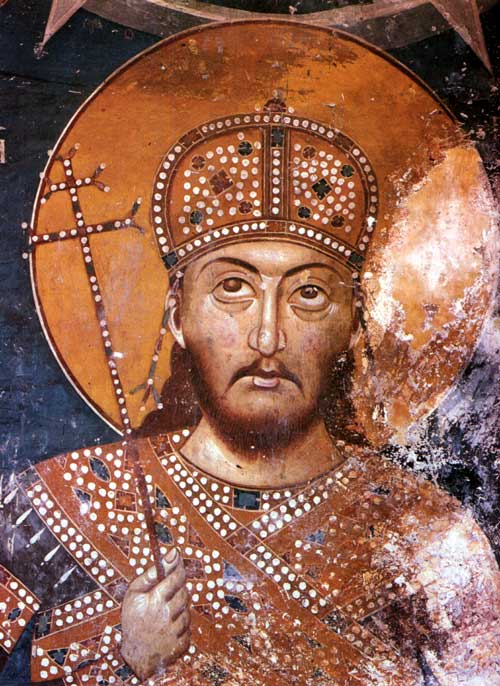 Emperor Dusan: Fed up with being moved around.

I also came across this wooden model of St Mark’s made by a man called Georg Zivanovic. The Belgrade born craftsmen took nearly twenty years to make it, slowly chipping away at the project until he was satisfied enough to present it to the church. Look closely and there are some lovely details, such as the ruby glass he used for the windows. 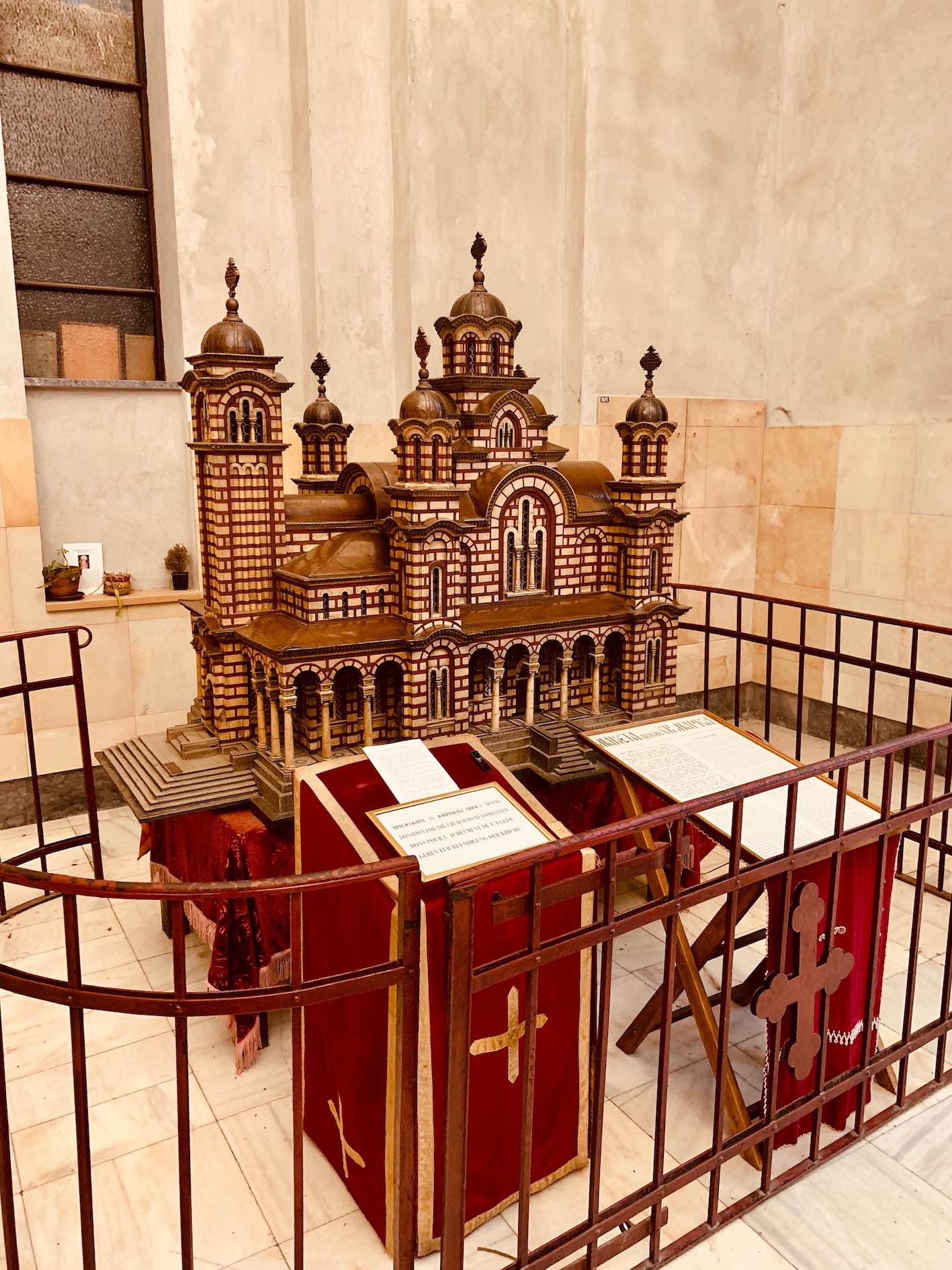 Before too long our investigations had to come to a halt. Quite suddenly, a priest appeared waving an incense burner to signal the beginning of the service for The Feast of Assumption. The ceremony, which takes place annually on August the 15th, marks the occasion where The Virgin Mary ascends to heaven after death.

Finding a discreet corner of the church in which to hide, I observed the various comings and goings of local churchgoers. People stood alert and attentive, listening to the priest’s melodic sermon. Many of them crossed themselves and made sure to stop, bow and leave money in front of the various icons.

Feeling that we might perhaps be in the way, Sladja and I slipped outside into the sunshine, the priest’s words echoing around the hall behind us. Right next to St Mark’s, we took a brief look inside the Russian Orthodox Church (Church of the Holy Trinity). 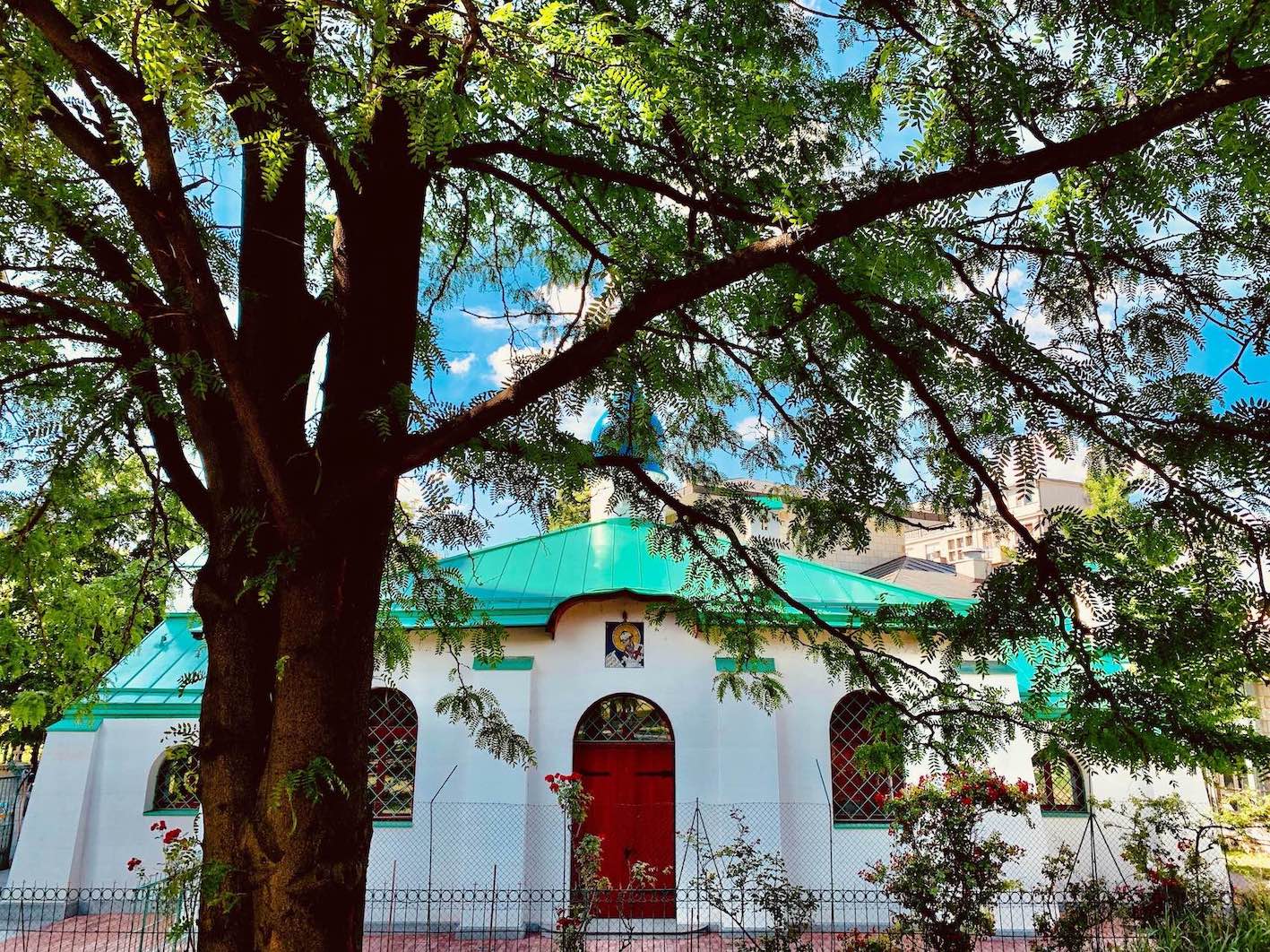 Erected in 1924, its purpose was to serve the thousands of Soviet refugees who flooded into Serbia after the defeat of the White Army in the Russian Civil War. 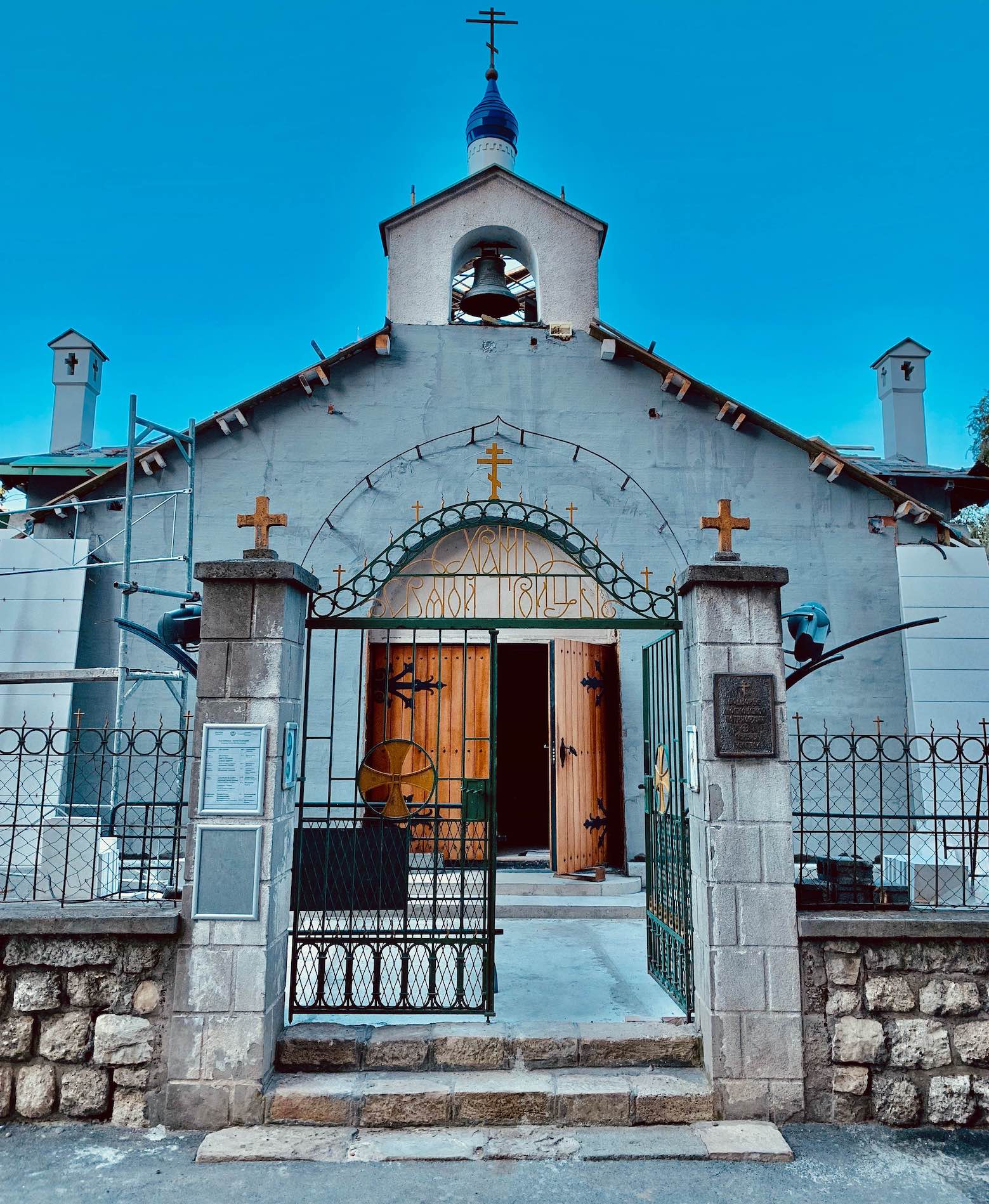 Over the years, until the 1940s, the church housed a collection of antique Russian war trophies. These included military flags belonging to Napoleon and some French silver trumpets. It is also the resting place of Pyotr Wrangel, the last commander of the Russian Army in South Russia. 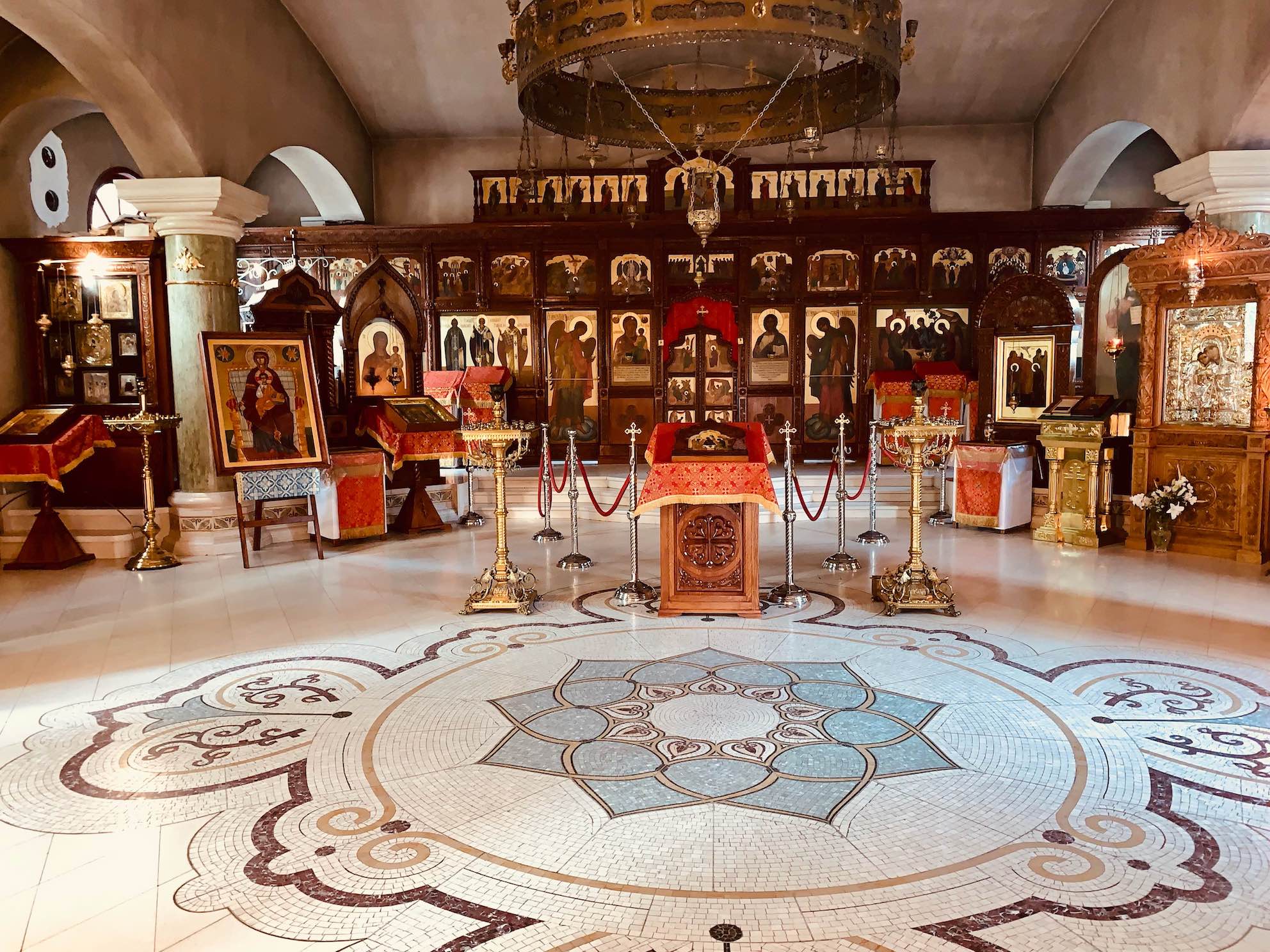 In April 1999 the building sustained heavy damage during the infamous NATO bombings. I’m sure this will come up time and time again throughout the course of my Belgrade series. Luckily though the church remains and has, in recent years, undergone a full restoration. 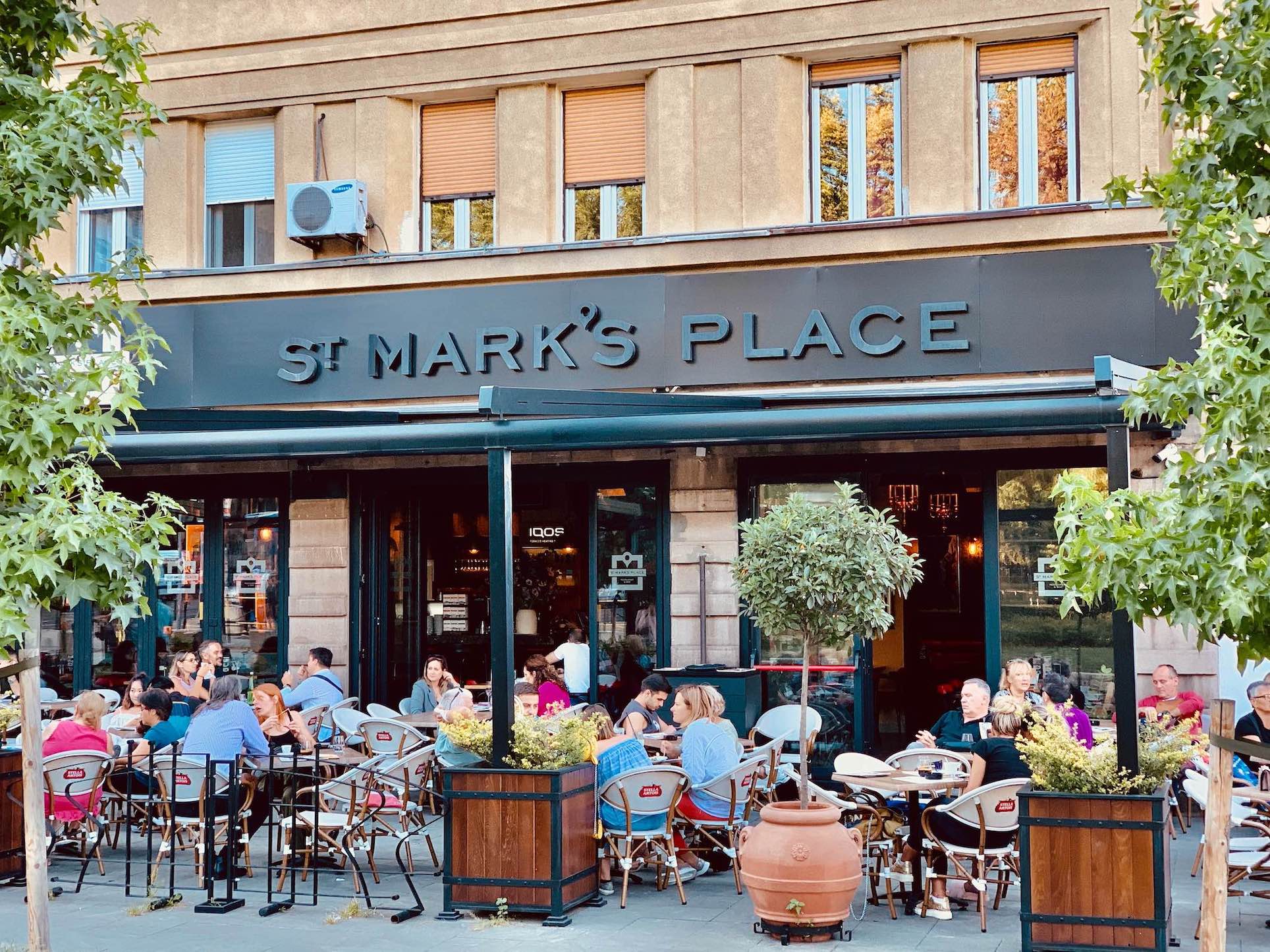 A popular spot for a bite and a drink.

Back to back church visits had left us peckish and thirsty. Thus we settled down at St Mark’s Place, a popular cafe, restaurant and bar located just a stone’s throw from both churches. 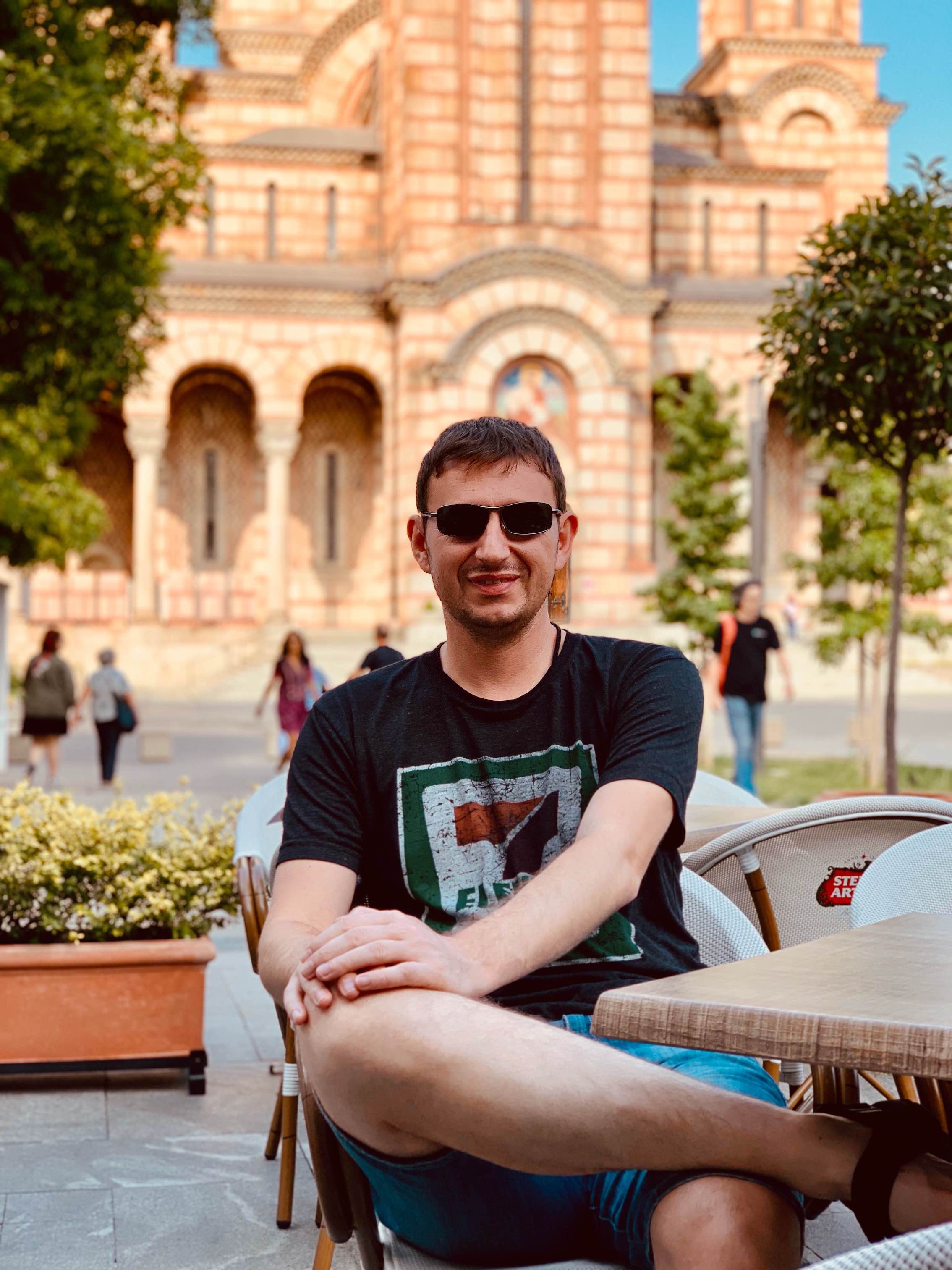 It was the perfect spot to enjoy a bit of shade and fine views of St Mark’s’ grand exterior. Not sure as to precisely where we were heading next, Sladja and I ordered a couple of beers and a plate of Mozzarella bites. Sometimes, life is dandy. 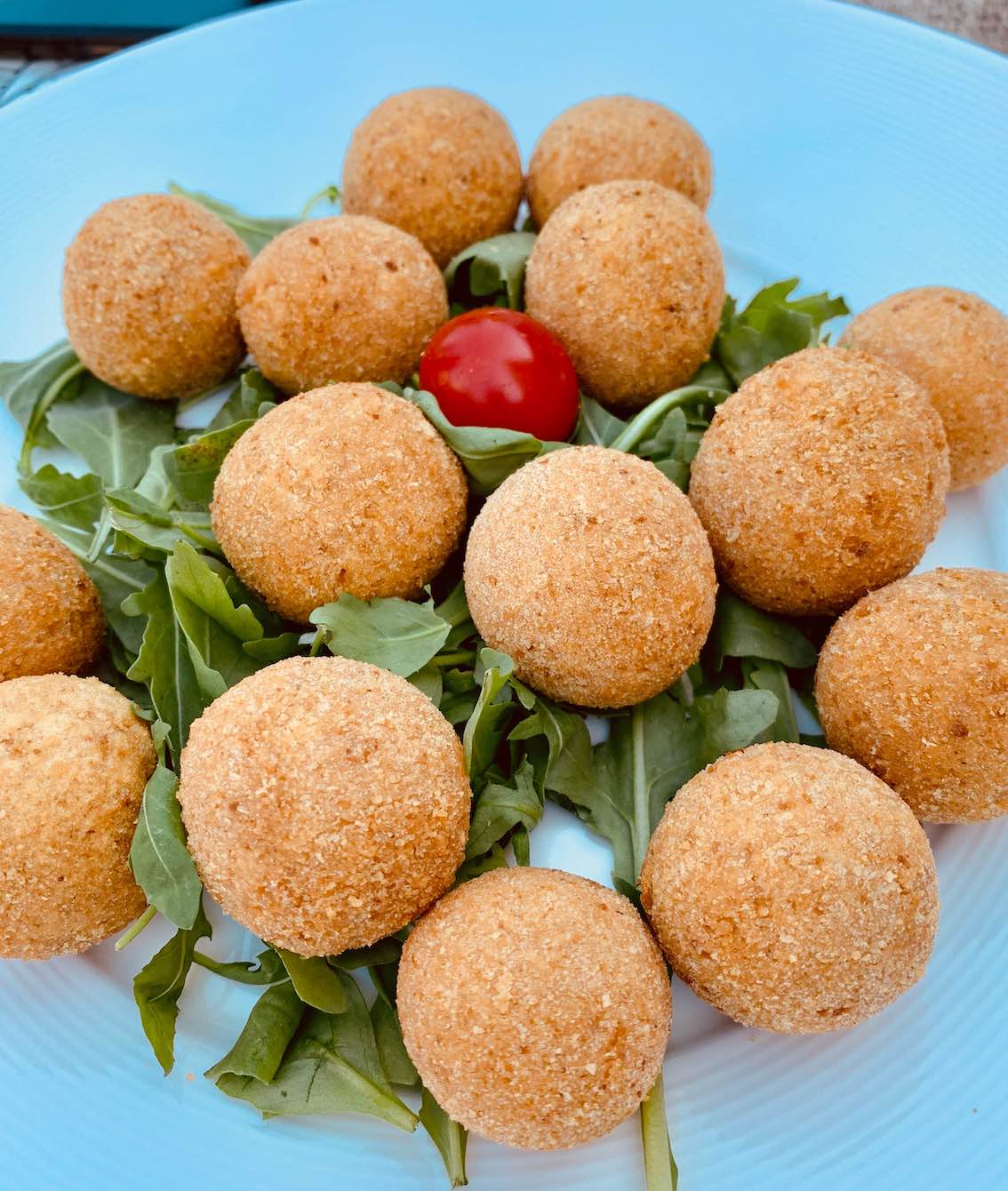