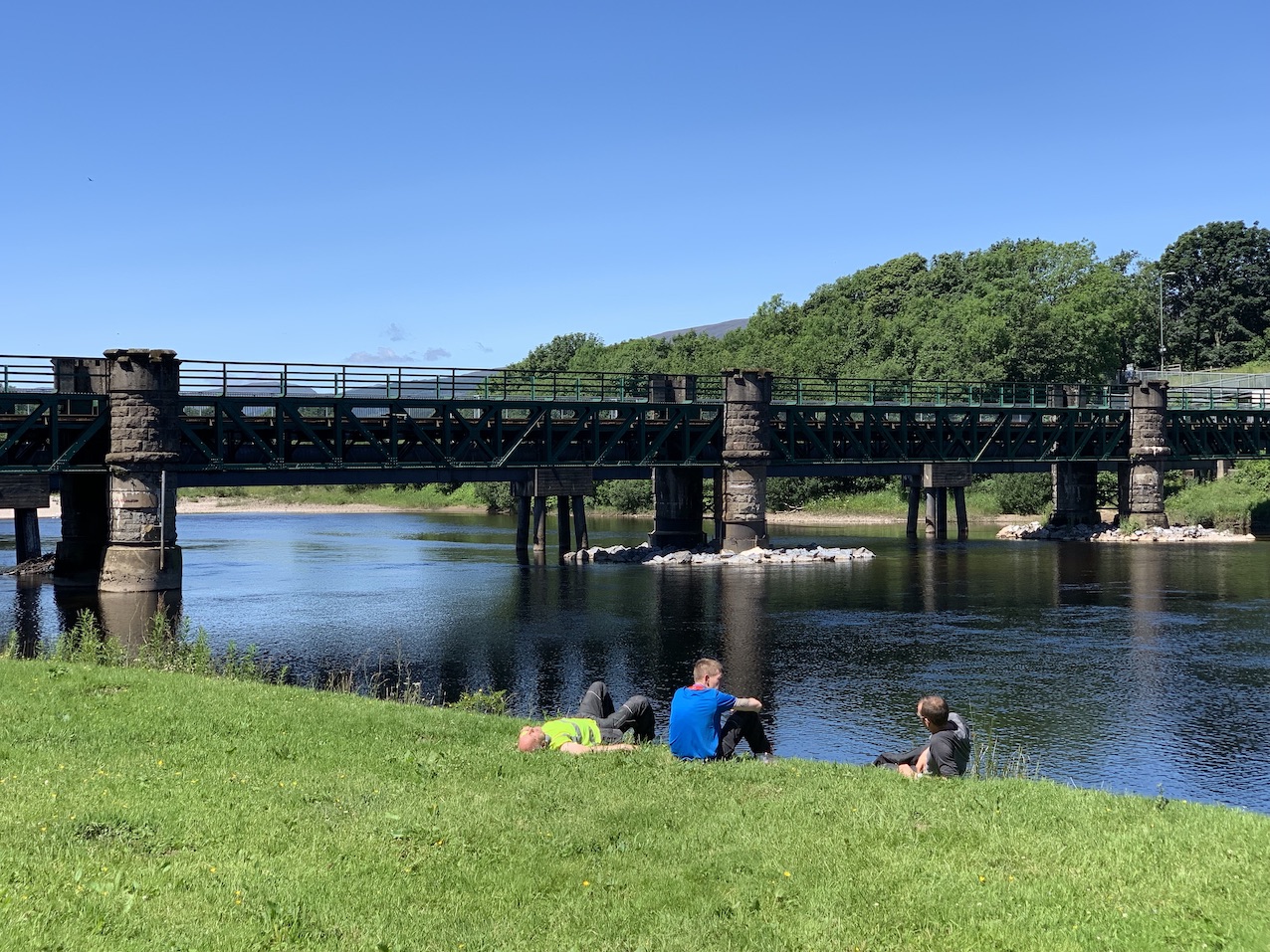 June 2019. I remember being a bit confused when I exited the ruins of Inverlochy Castle. I’d come out onto a path that runs along the banks of The River Lochy. From here I could see what I figured should be Soldiers Bridge. But hang on, this was clearly a railway bridge. And I knew that Soldiers was a footbridge.

After all, I have a hazy memory of my mum and I walking across it one afternoon back in 2003 when I was visiting Fort William from Bratislava. Hm, had I completely misremembered its location? 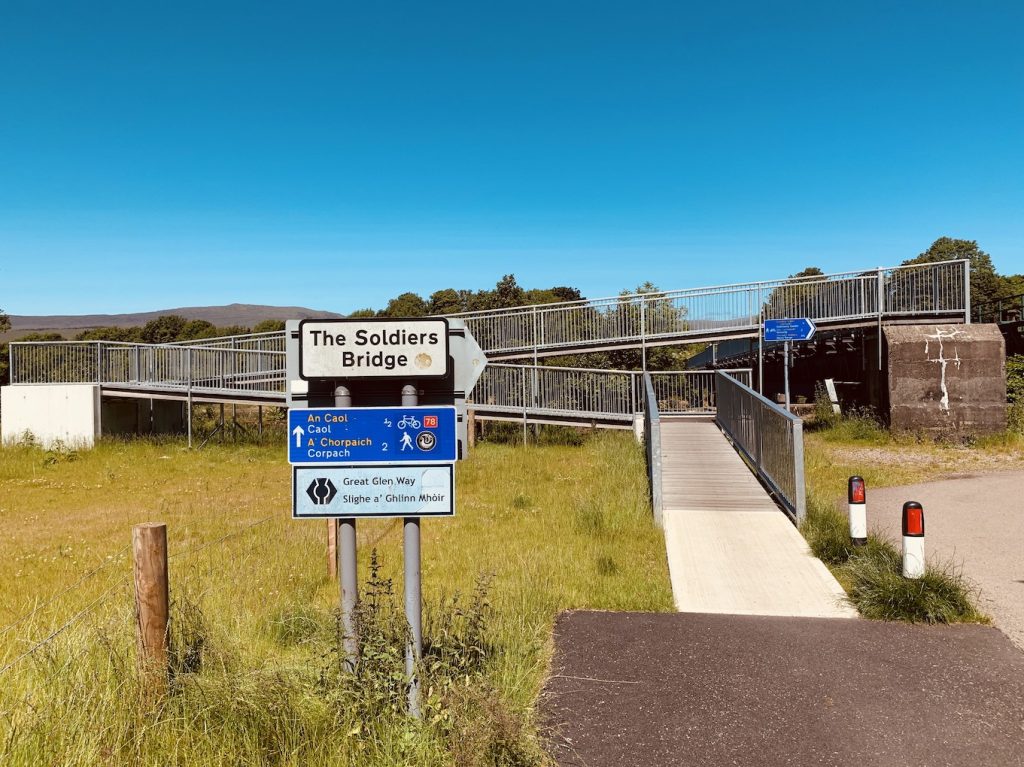 Luckily, I had not! I Rather, I’d somehow forgotten that Soldiers Bridge runs right alongside a railway bridge. From the ruins of Inverlochy Castle you simply follow the path towards the railway bridge and duck under the tunnel before emerging at the entrance. 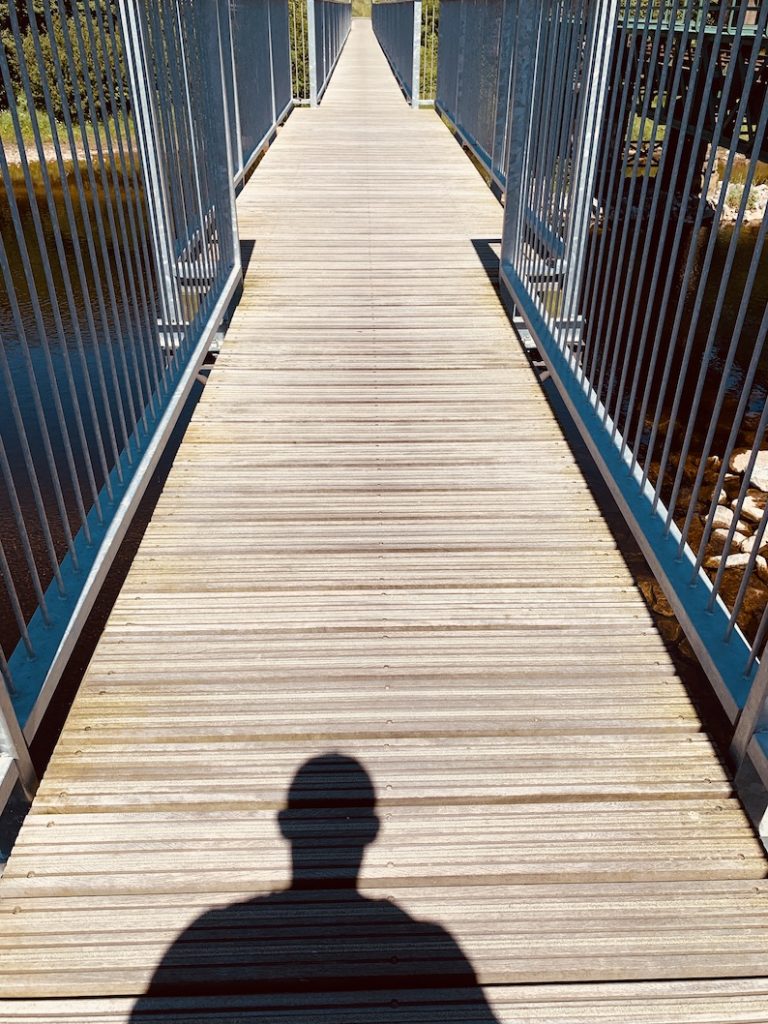 The footbridge dates back to the 1960s when The Army built it as a goodwill gesture. Hence the name Soldiers Bridge. Its main purpose was to provide water to the pulp and paper mills in the nearby village of Corpach.

However, by 2016 the bridge had fallen into a state of near total disrepair. Subsequently, it took a two year restoration project to the tune of over half a million pounds before it could finally be reopened to the public.

I actually managed to find photographic evidence of how the bridge used to look back when I first crossed it with my mum. Not the world’s best photo, but you can at least see the old wooden railings. I love how this shot looks like it came from the mid 1970s instead of 2003. 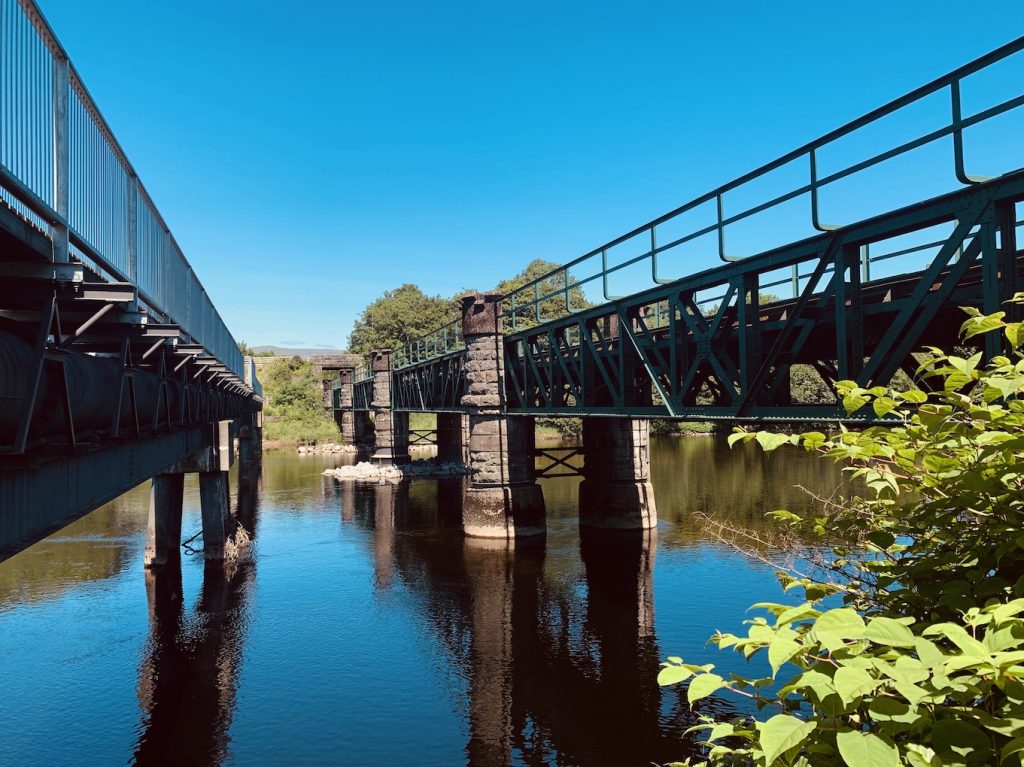 Soldiers Bridge alongside the railway bridge.

This is a really beautiful spot on a fine day such as this. Moreover, there are some cool angles from which to capture the juxtaposition of the two bridges. Sadly, I wasn’t fortunate enough to witness the Jacobite Steam Train chugging through that day. However, this is totally doable if you do your homework on crossing times. 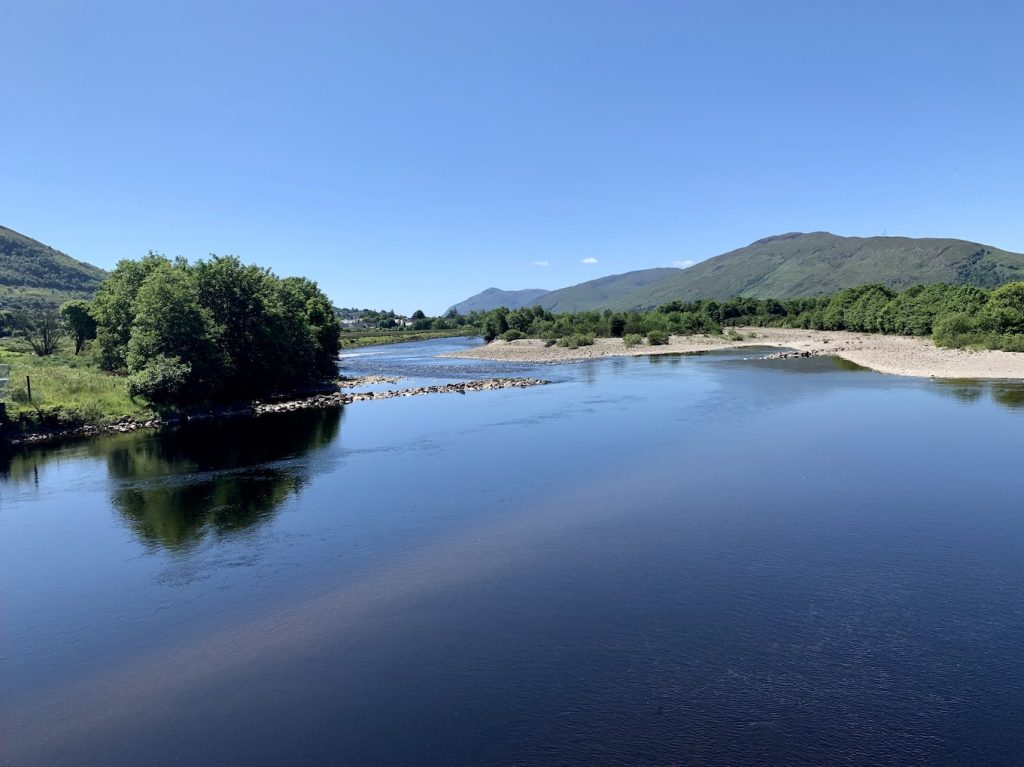 The River Lochy from Soldiers Bridge.

From the other side the views out over The River Lochy are not too shabby at all. It wasn’t until I followed Soldiers Bridge all the way to the end that I was able to get a raised shot of the two bridges side by side. 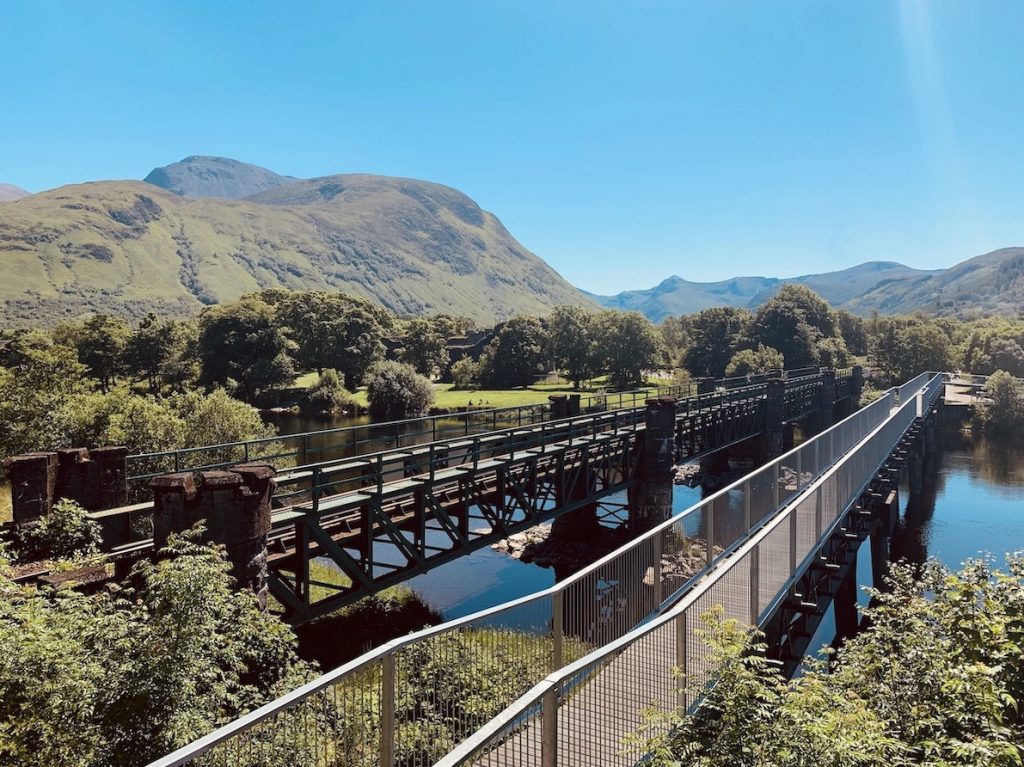 The two bridges side by side.

Today it stands as a vital link between local communities in Fort William. Furthermore, it’s a key part of one of the Great Glen Way routes towards the valley of Glen Nevis. If you fancy a crossing, pair it up with a visit to Inverlochy Castle next door. 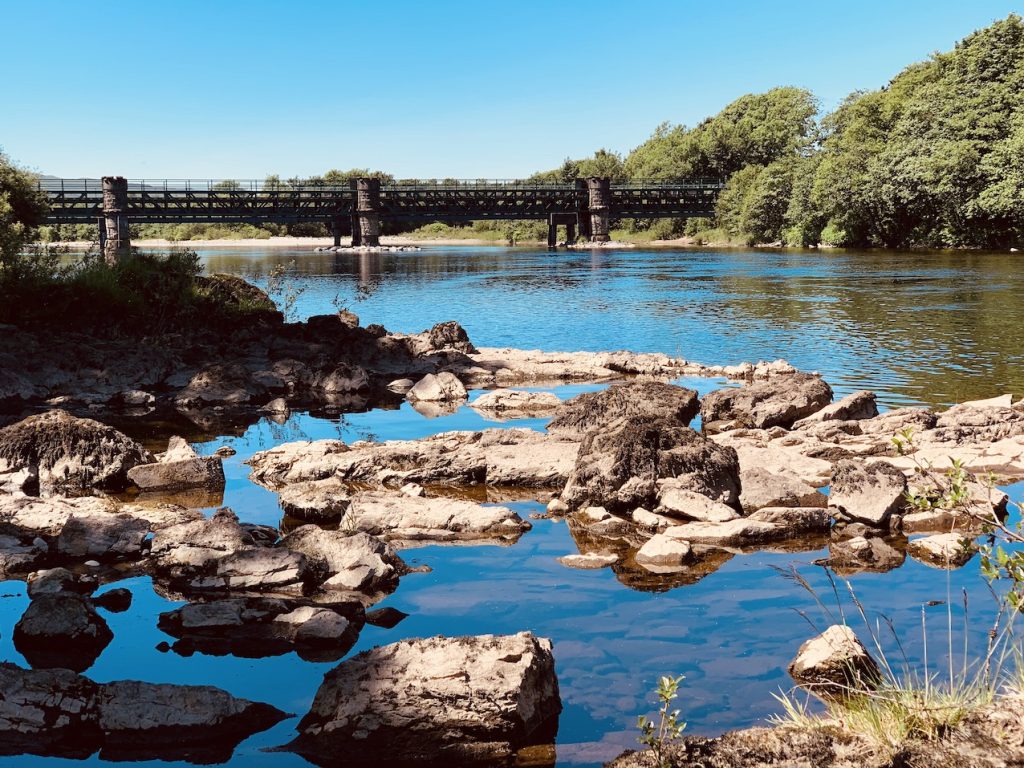