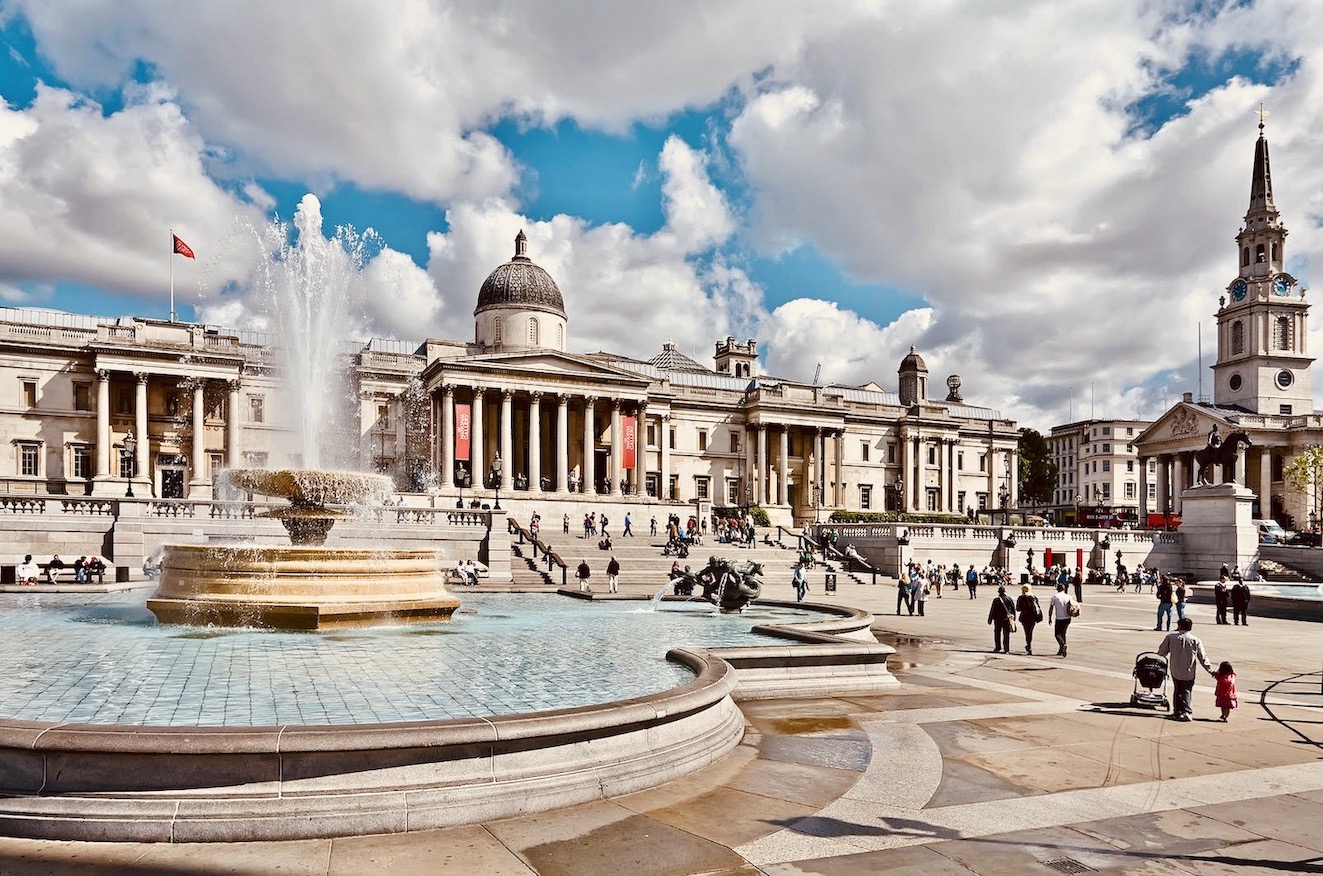 It was a grey afternoon in London when I arrived at one of the English capital’s most iconic and historic public squares. It felt surreal to be back here. Indeed I have vague memories of running among the pigeons as a kid. And leading Belgian English language students from statue to statue back in the summer of 2003. How could that all be so long ago?

That’s just a splash in the ocean of course when one considers the history of Trafalgar Square itself. In the 13th century King Edward I developed the unused land into the Royal Mews, a compound of stables that housed horses, hawks and a number of royal carriages and coaches. 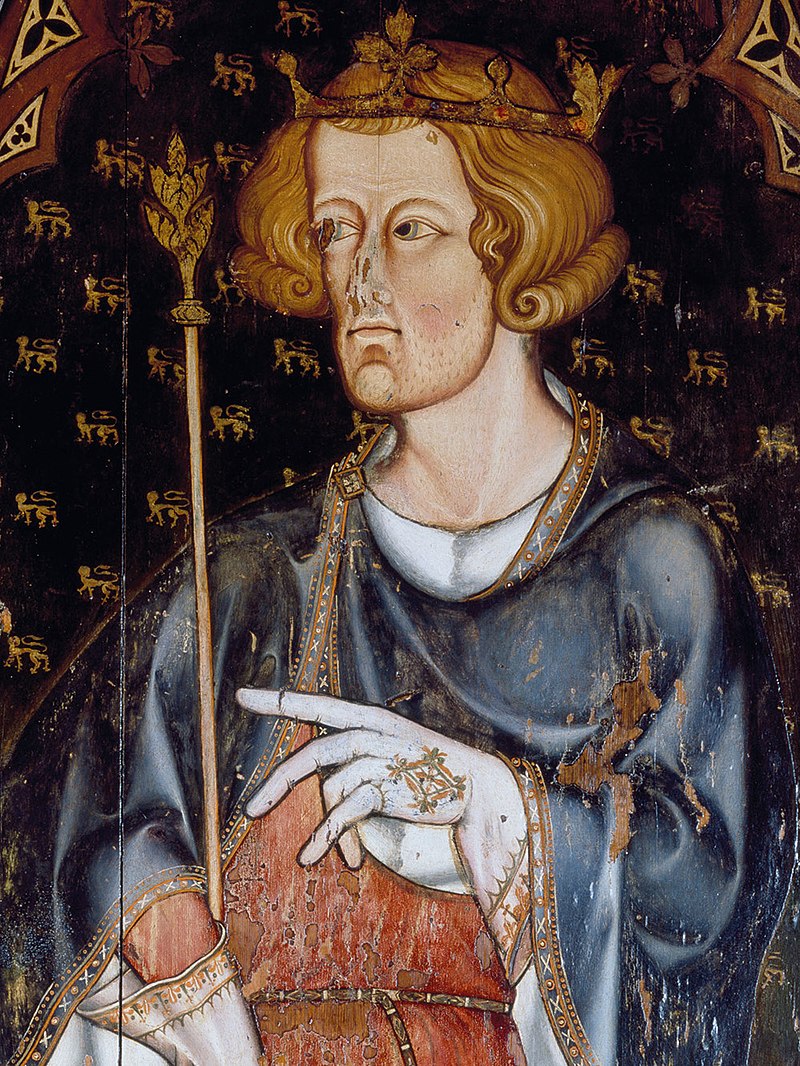 The Mews grew and developed under the subsequent reigns of Richard II and Henry VII before George IV moved everything over to Buckingham Palace. Much of the old stables site is now occupied by the handsome National Gallery, which invites visitors to “explore the story of European art”. Inside you can see original works by the likes of Da Vinci, Rembrandt, Turner and Renoir. 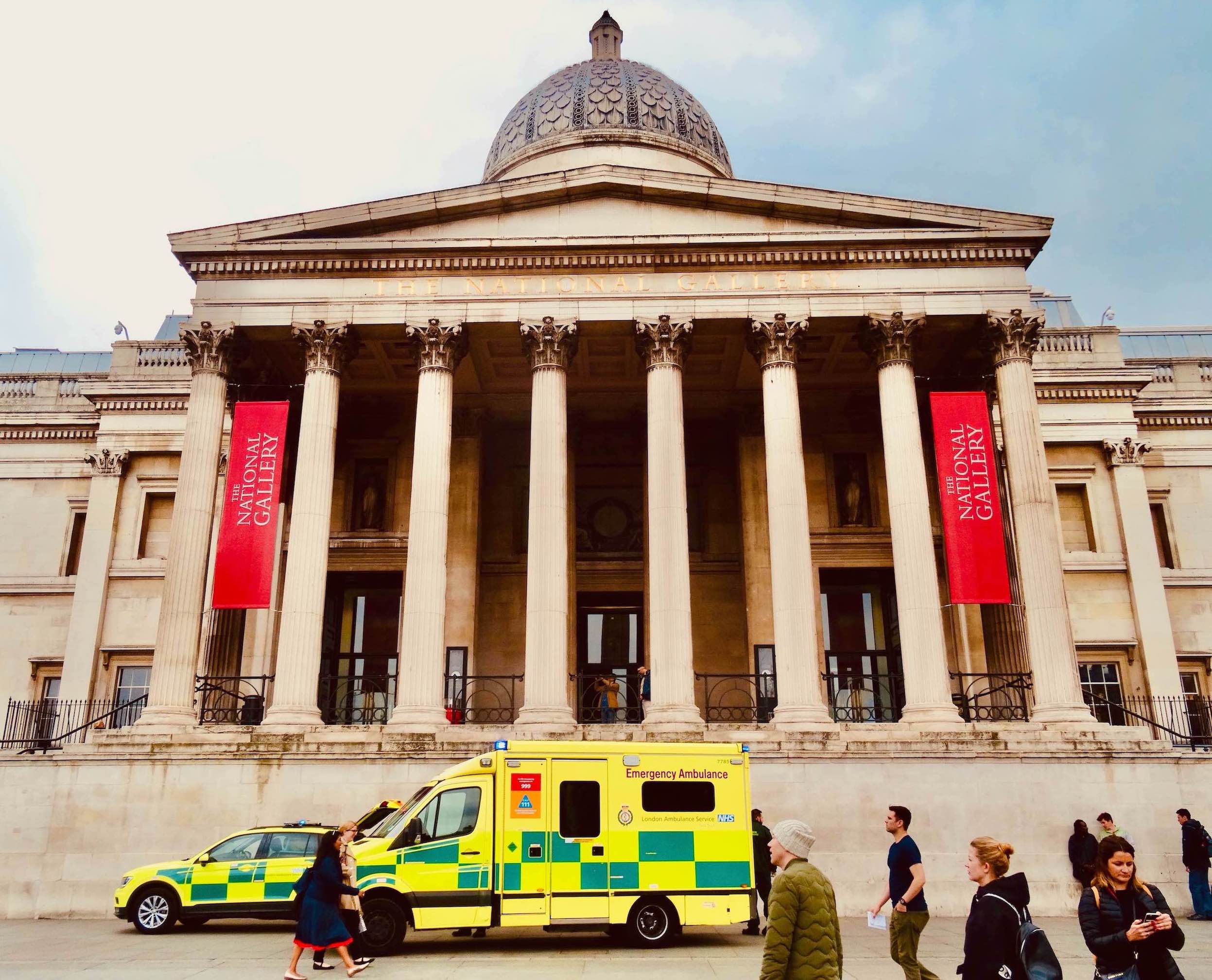 However, outside the gallery, particularly on the steps, it’s not unusual to see homeless people. Some come for handouts from tourists, others use it as a sleeping spot.

That day, as I passed by, paramedics were helping an unfortunate soul into the back of an ambulance. It was a stark reminder of the disparity between London’s obscene wealth and privilege and those who have next to nothing. 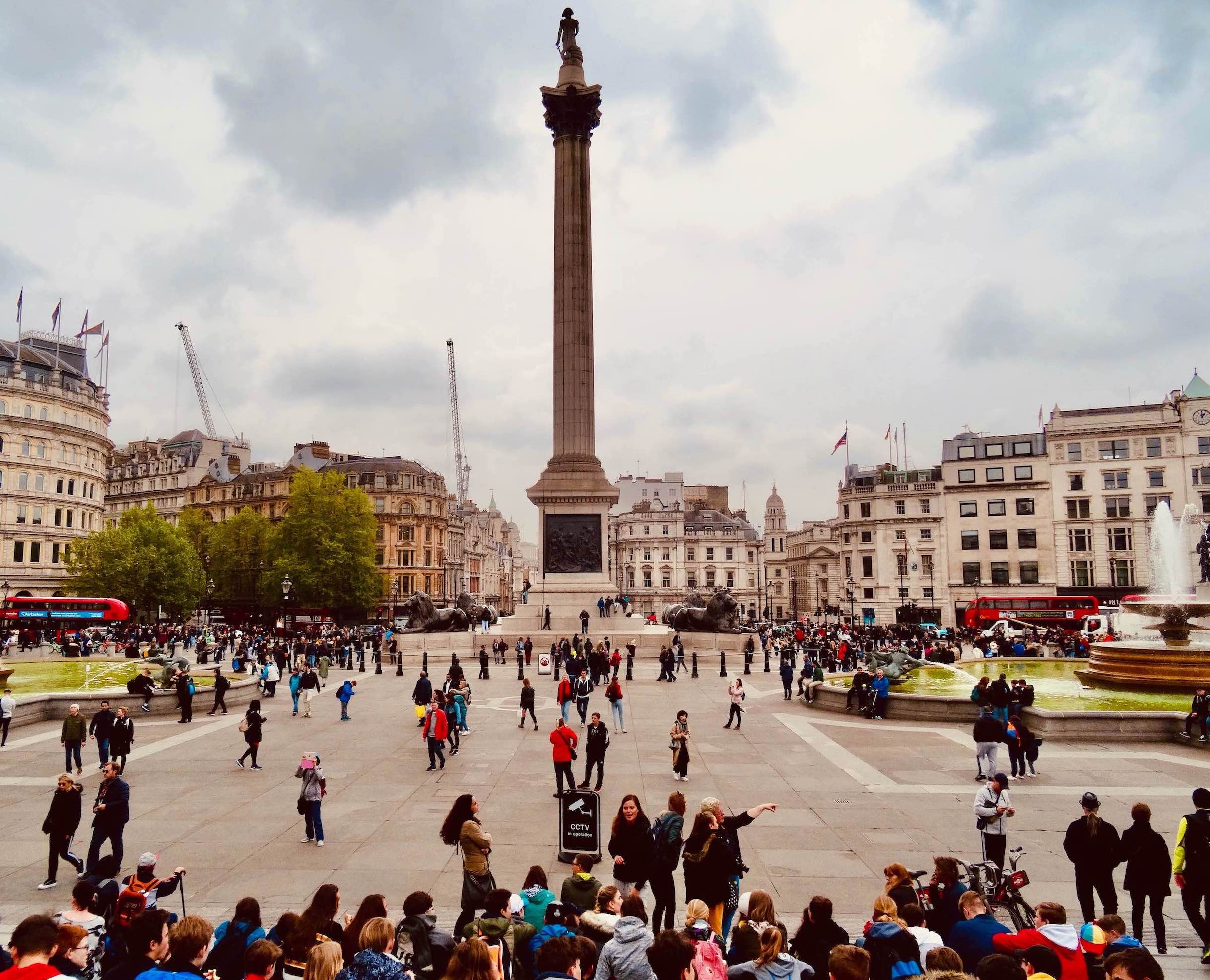 With the stables gone, an ambitious redevelopment project began on the land that would become today’s square. For those who’ve been following my London chronicles, some familiar names crop up. In 1826 John Nash (see my piece on The Regent’s Park) jumped onboard as lead architect, but died early on during construction.

As a result, Charles Barry (Westminster Bridge, Parliament Square) took over until the square’s completion in 1840. A government committee, with the blessing of Queen Victoria, decided that the square should be named after The Battle of Trafalgar, which saw The British Royal Navy defeat Napoleon’s French and Spanish fleets. 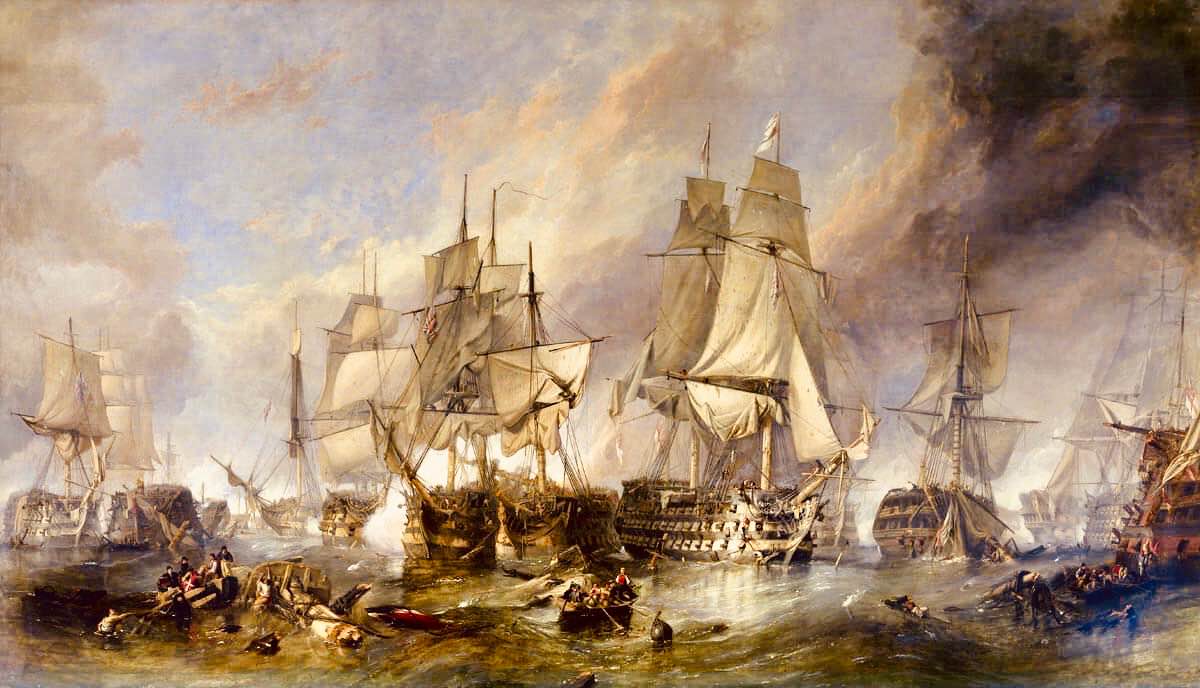 Shit going down at The Battle of Trafalgar. A painting by Clarkson Frederick Stanfield, 1805.

The man who led Britain to this magnificent victory was Admiral Horatio Nelson. In fact, you may have heard of him. Widely regarded as one of the greatest naval leaders in history, it wasn’t enough to simply name Trafalgar Square after Nelson’s great victory. After all, the poor guy lost his life in the battle three hours after being shot onboard HMS Victory. 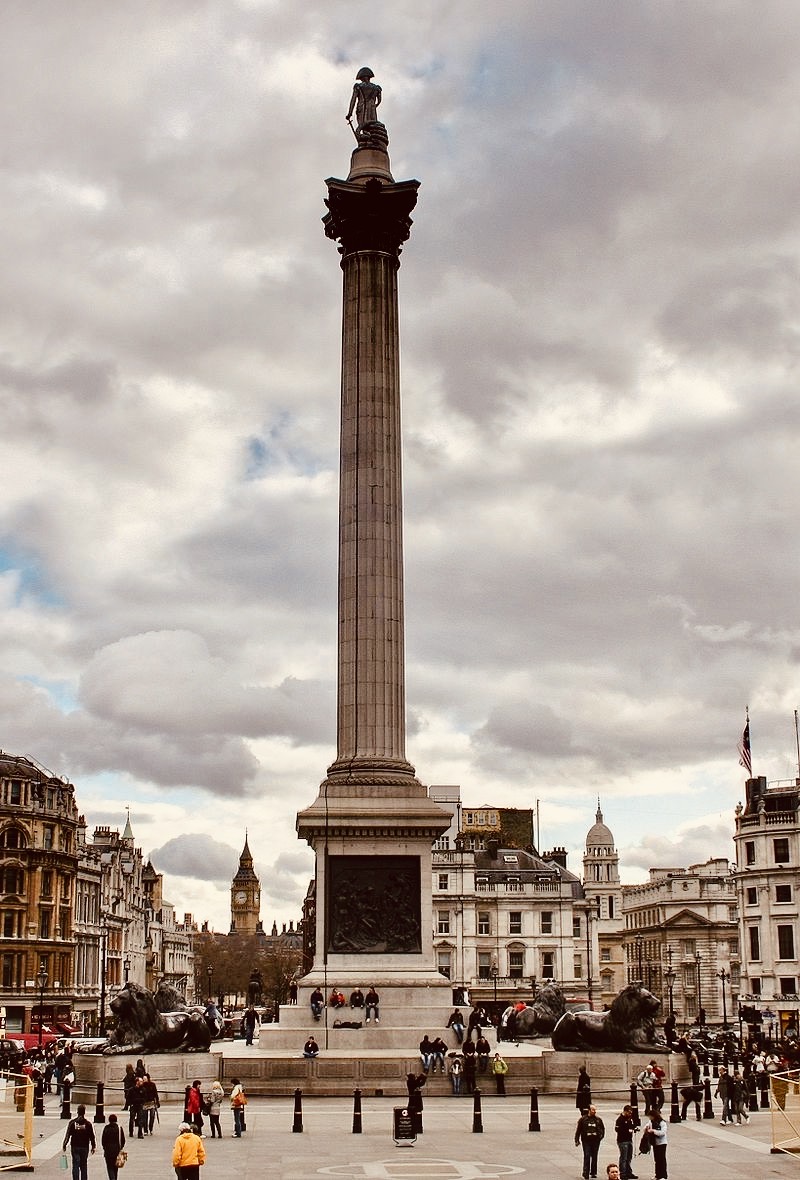 Thus a grand, 52-metre corinthian-style granite column was built in his honour. Construction began in 1840 and finished three years later, unveiled as Nelson’s Column. It is so high, it’s actually quite tricky to pick out the details of Nelson’s statue at the top. The sculptor Edward Hodges Bailey carved it from Scottish sandstone. 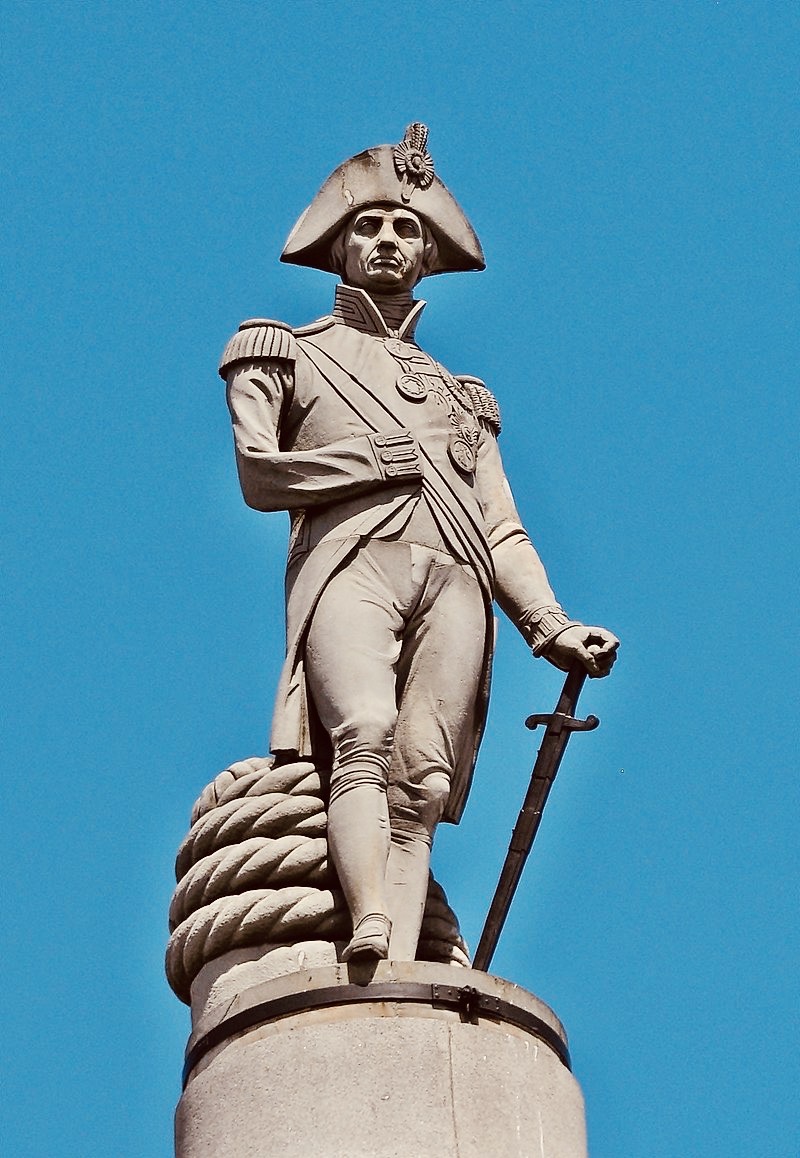 Photo courtesy of Beata May.

Four stunning bronze lion statues sit spread around the base of the column. Installed nearly 27 years later in 1867, The Landseer Lions take their name from the artist Edwin Landseer, who specialised in animal paintings. 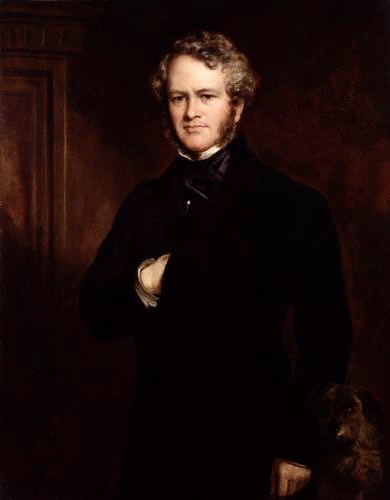 Keen to have the lions represent Nelson’s heroism, Landseer spent ten years making the beasts! Moreover, he apparently melted down the bronze from cannons seized onboard actual French and Spanish ships from The Battle of Trafalgar! Somehow this sounded like an old wive’s tale to me, but if it’s true, that’s pretty extraordinary. 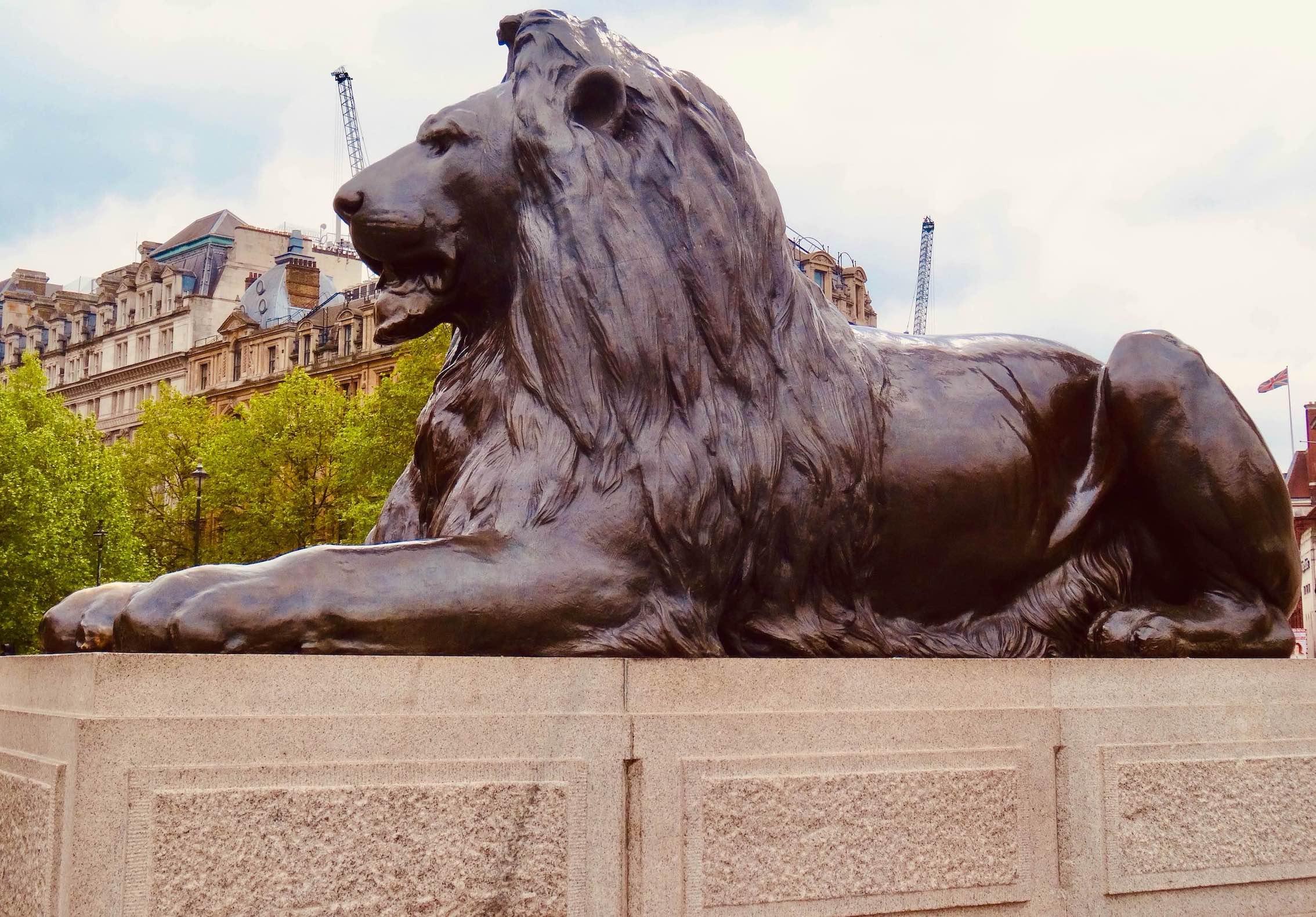 Tourists often climb up on the lions for photos. Amazingly, this has never been banned and is still allowed today. Looking up at one of the lions that day and suddenly a clear memory came flooding back.

It was July 2003 and I had hauled myself up for a photo of my own. Furthermore, I felt certain I still had the shot somewhere. Eventually, after some digging through my archives, I found the photograph in question. Forgive me, dear readers, for the blonde highlights. The folly of youth and all that. 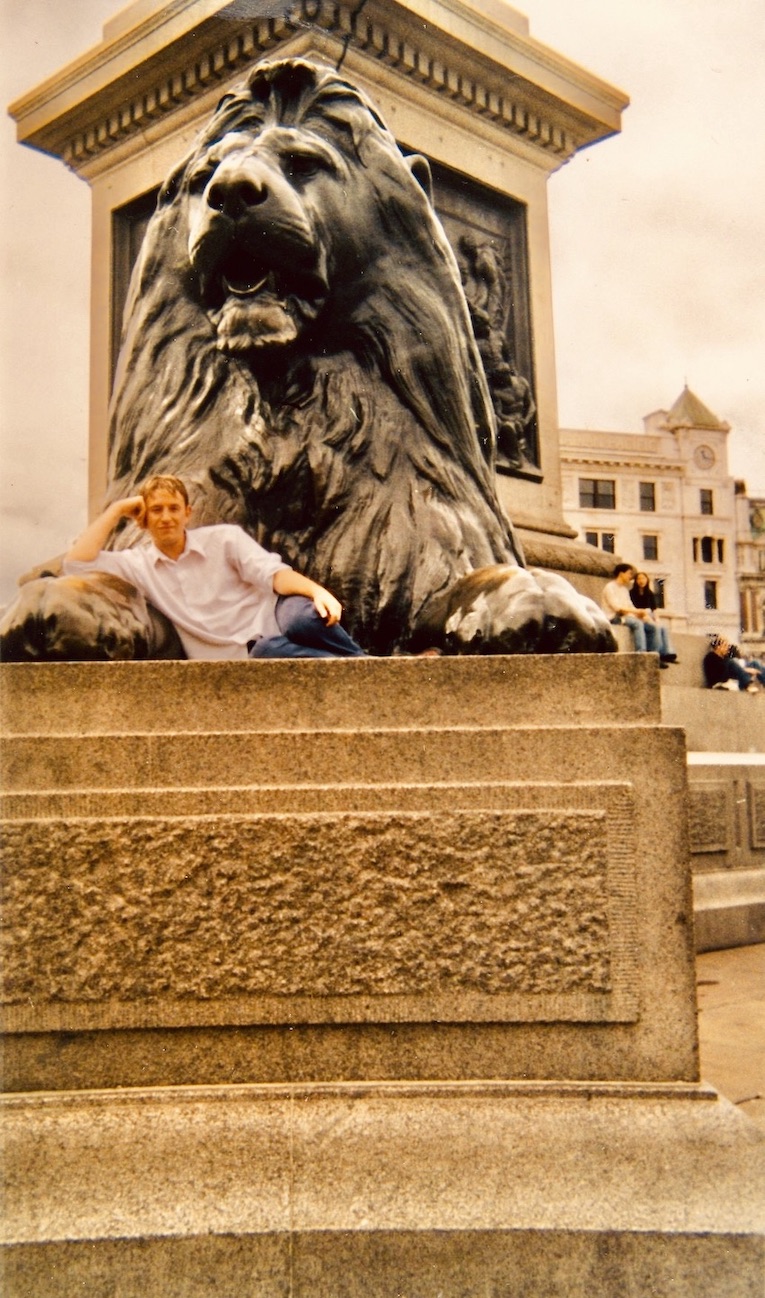 Leafing through the square’s history online and I was surprised to read about a suffragette bombing that took place on the 4th of April 1914. The bomb exploded in St Martin’s in-the-Fields Church at Trafalgar’s northeast corner. It blew out the windows and caused a fire, but only resulted in a few injuries. Mainly passers-by, who were hit with shards of broken glass. 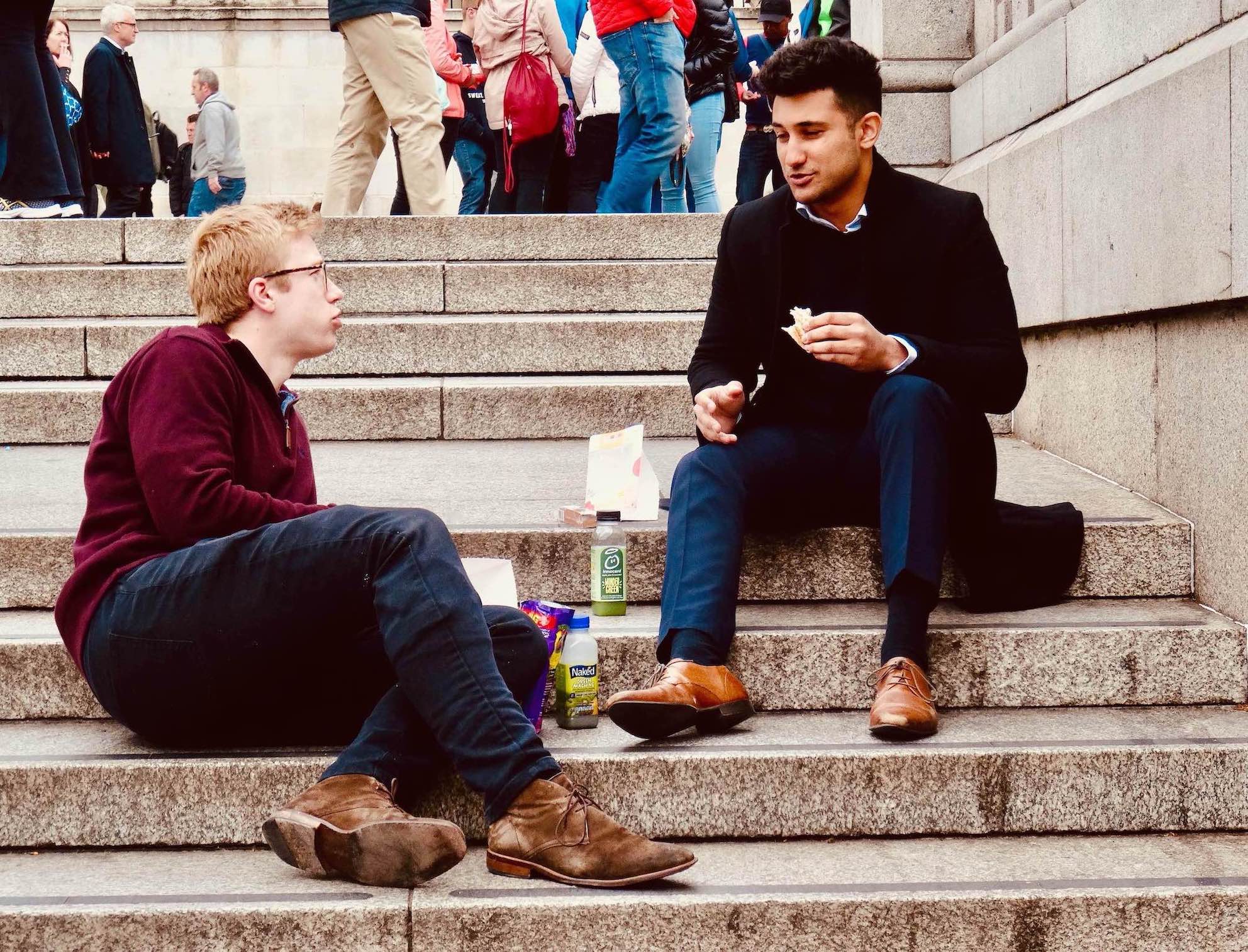 For the most part the last 107 years have proved much more peaceful. While it has become yet another popular spot for protests and rallies, Trafalgar Square is chiefly a place for lunching office workers, curious tourists and aspiring/established artists.

Some of the street art is deceptively simple. This one, for example, asks visitors to place a coin on their country’s flag to give an overview of where the day’s tourist traffic has come from. 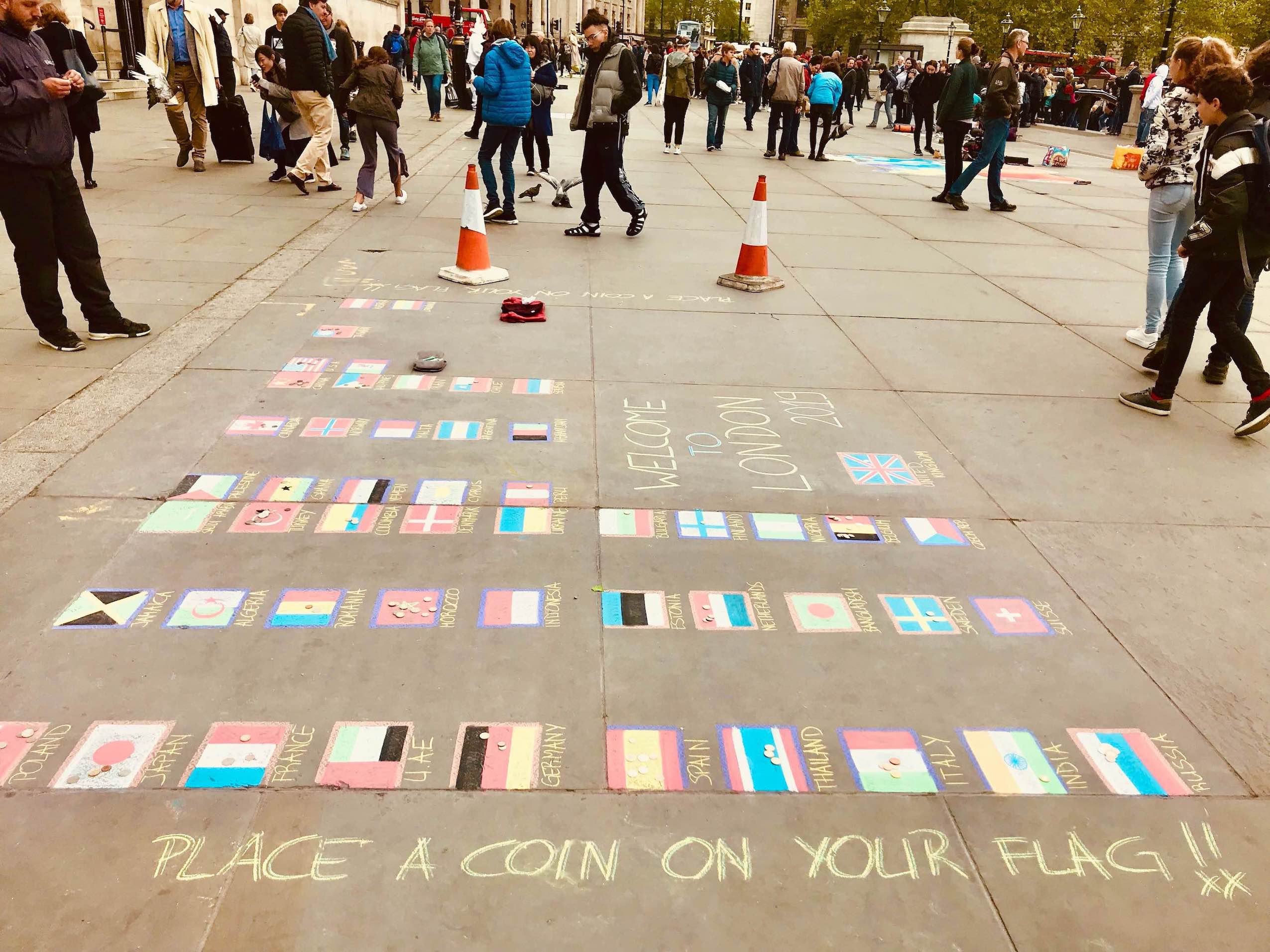 Next I got chatting to Darren, a self-confessed “semi-homeless” man who adds a fresh chalk creation every 3-4 days, depending on the weather. His somewhat abstract piece didn’t move me much, though I did have a chuckle at his scrawled message:  Please lord, don’t let it rain. Let me earn a bob or two.

When I asked him what his piece was about he just shrugged. “Oh, I dunno… it’s just an expression innit? I usually make it up as I go along and see what comes out”. 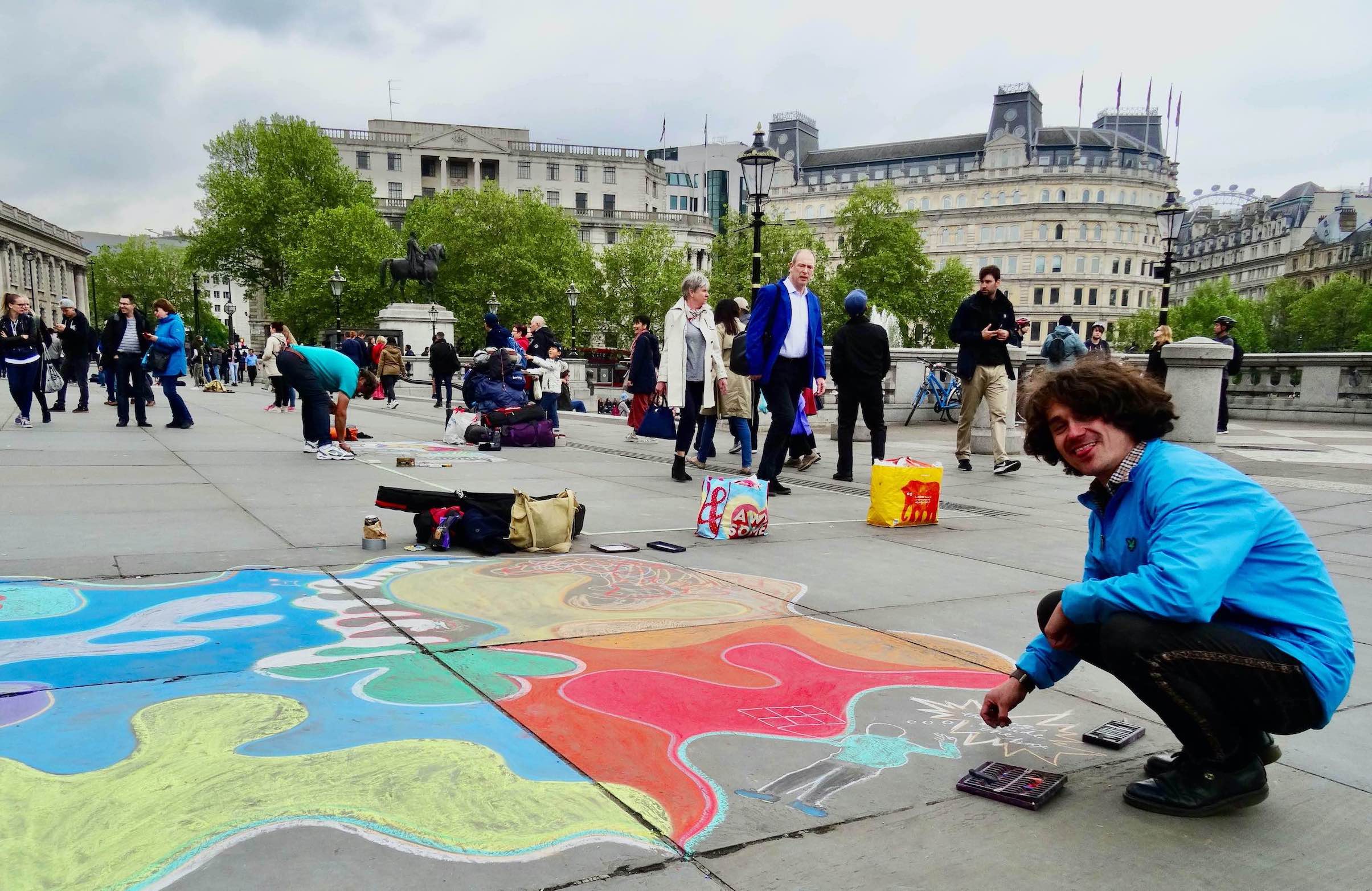 On any given day you might find a caricature artist or two doing their thing. I’ve always been a bit baffled by how popular this seems to be, wherever I am around the world. Nevertheless, this man was in popular demand that day. For a ten minute sketch he charges £5, while a full caricature is £8. 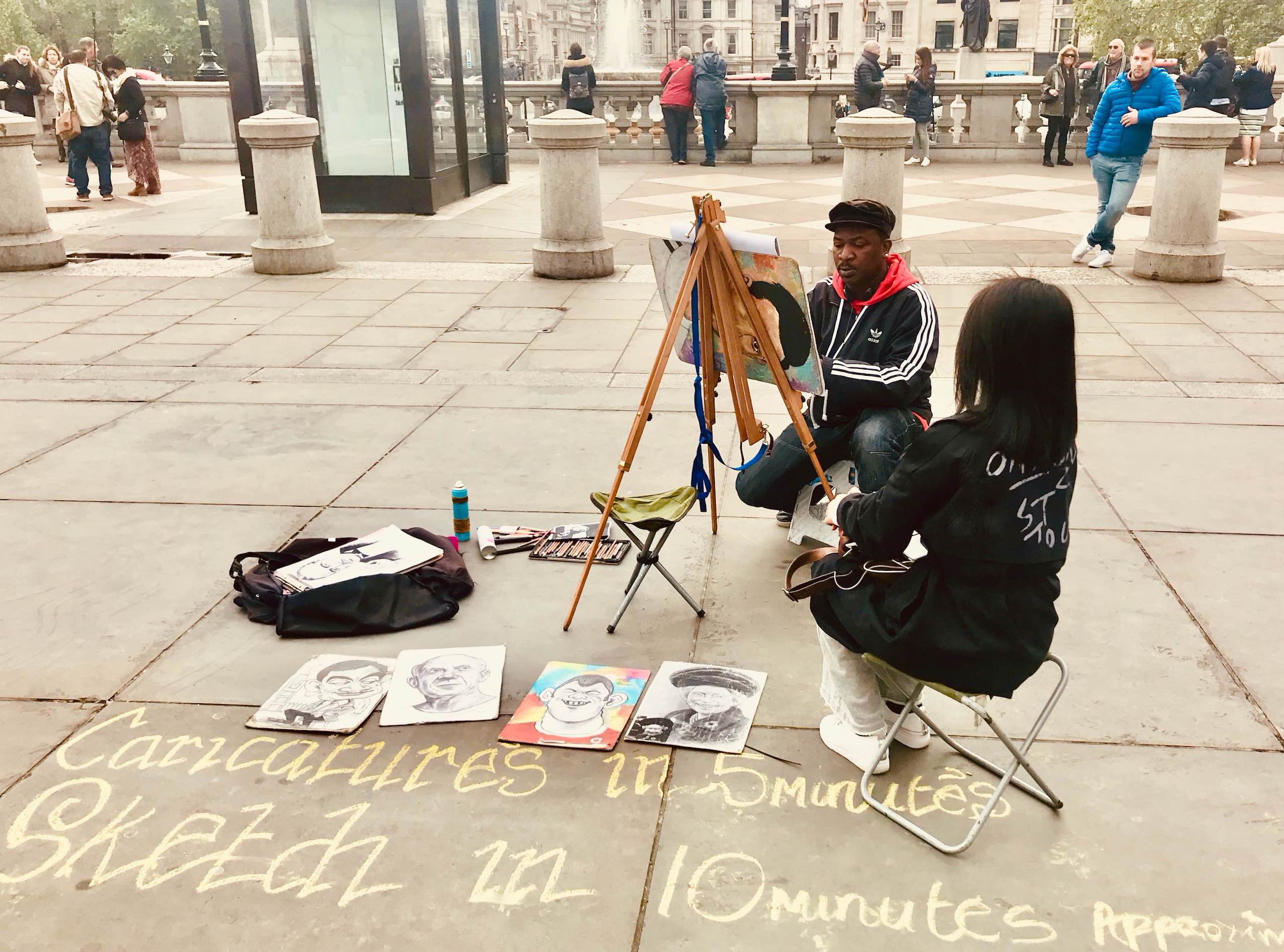 The most memorable artist appeared in the form of a creepy white rabbit called Dwight. Set before him, a series of white placards asking the kinds of questions sightseers probably don’t want to think about while they’re on holiday. Company workers on their lunch breaks even less I’d imagine.

Are you working to live? Or are you living to work? 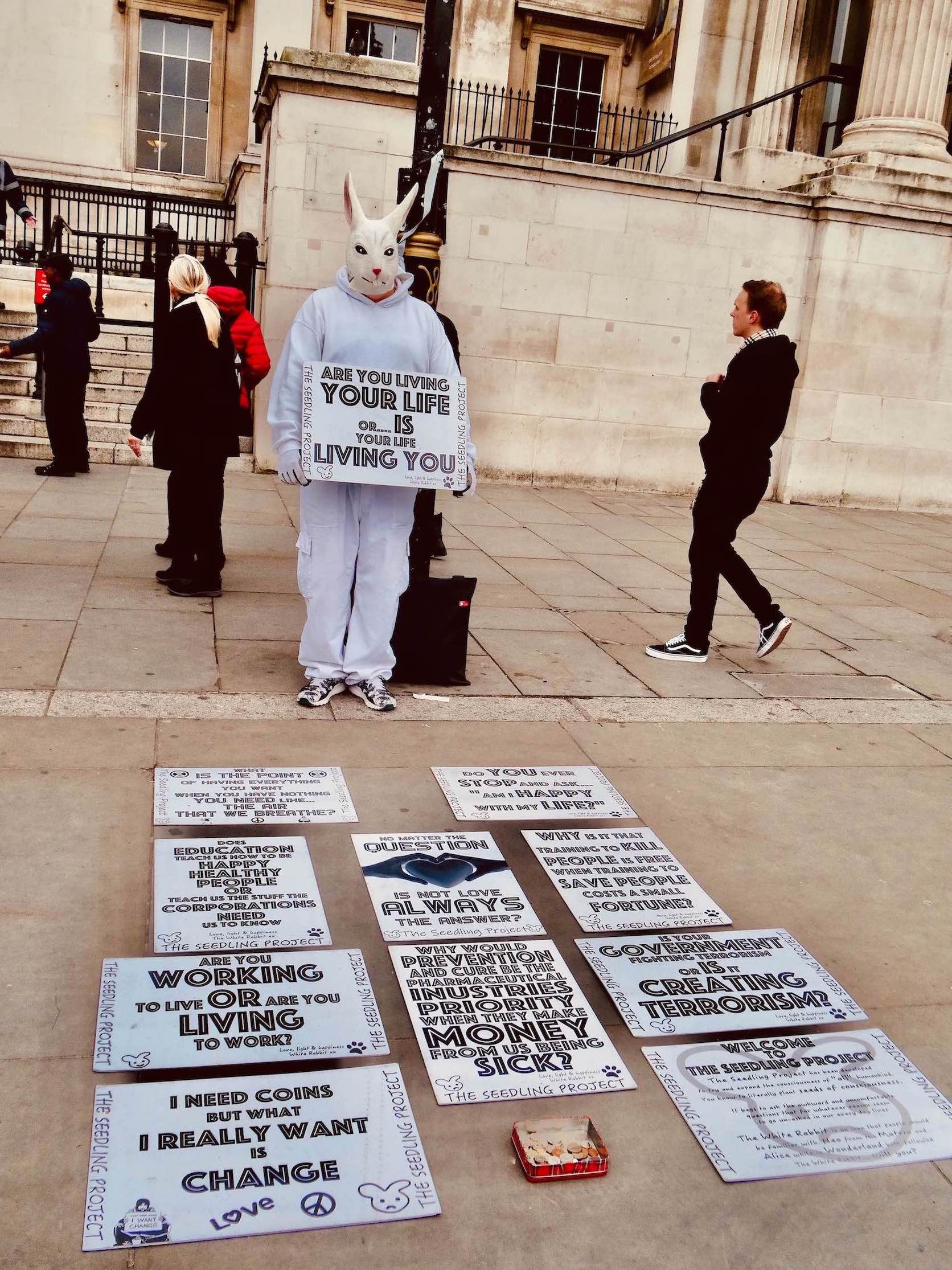 The first two questions, at least, I could happily answer, and with some degree of quiet satisfaction. Dwight’s presentation is part of something called The Seedling Project, in which he tries to “plant seeds of consciousness in all humankind”. 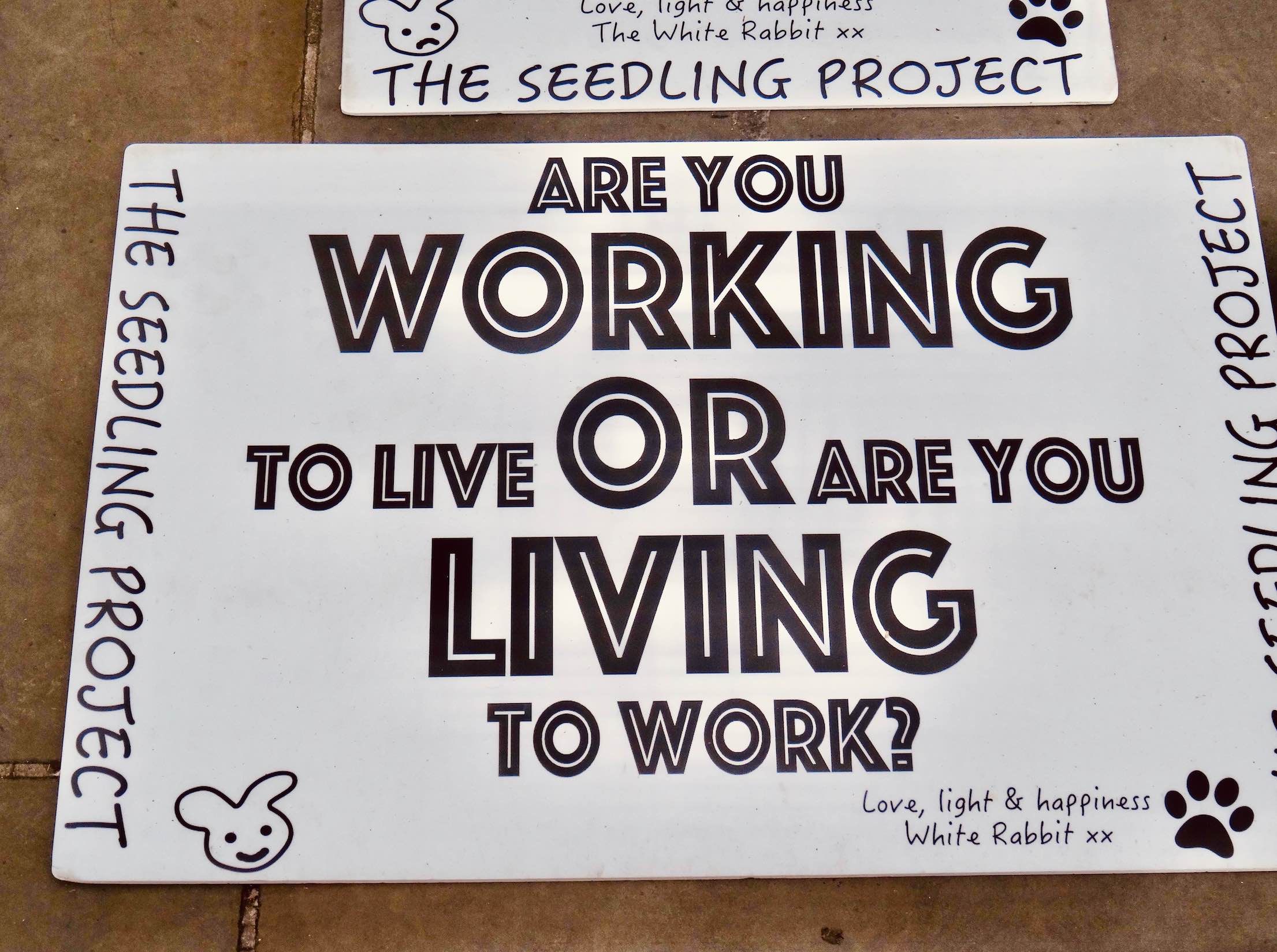 To find out more about issues related to terrorism, work/life balance, the environment, education and big corporations, Dwight urges us all to “follow The White Rabbit”. At the time of writing he has 397 Facebook followers and hasn’t posted since March 2021. In these troubled times, I do hope he’s ok and isn’t too disillusioned with the state of the world. If you see him on Trafalgar Square, say hi from me. 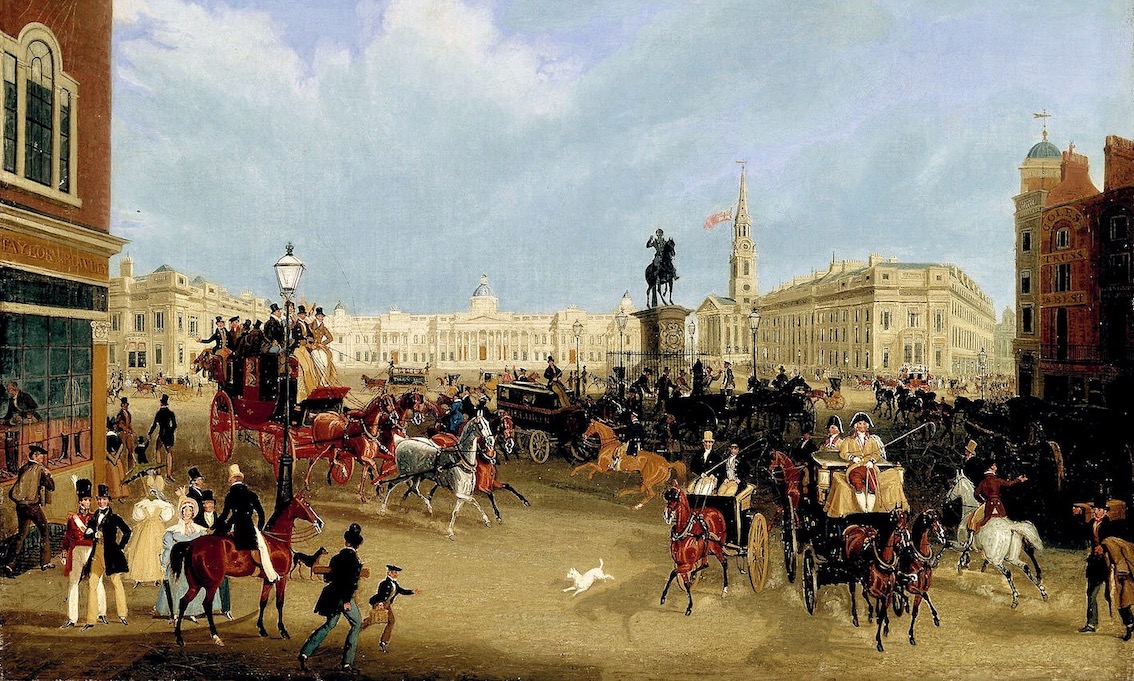